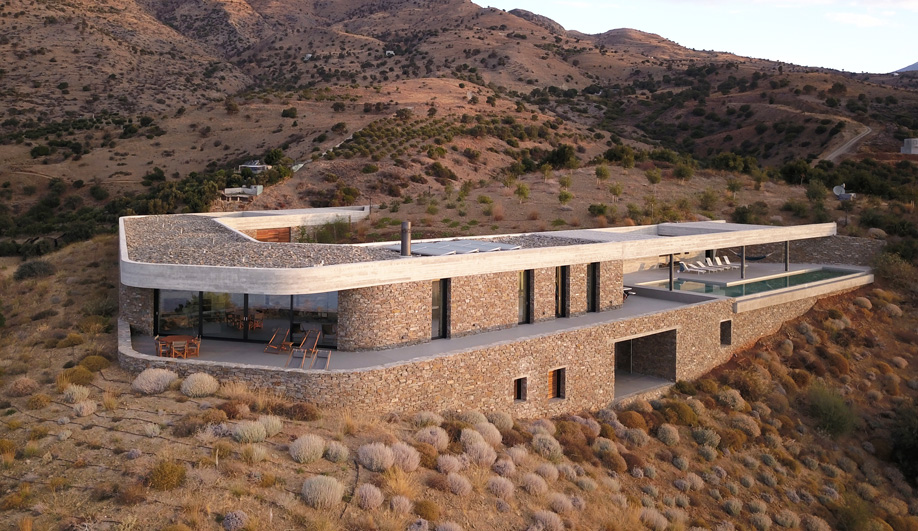 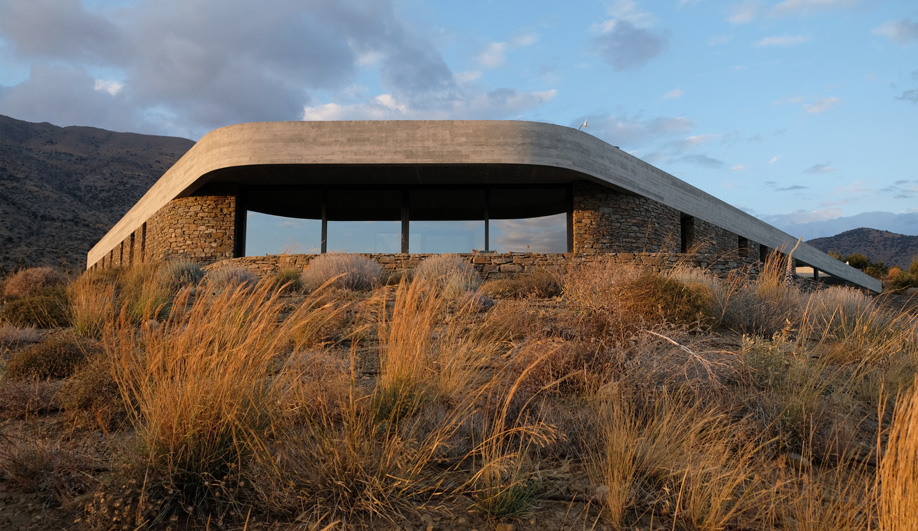 Punctuated by openings of various sizes, the house’s curvy walls are made of stone rubble extracted from the site. 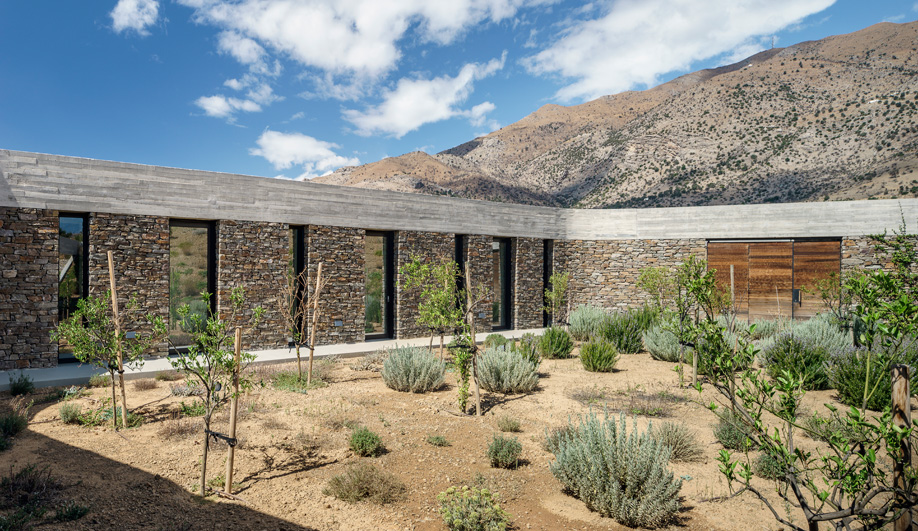 Topped with a concrete roof, the U-shaped building wraps around an inner garden containing citrus trees and edible plants. 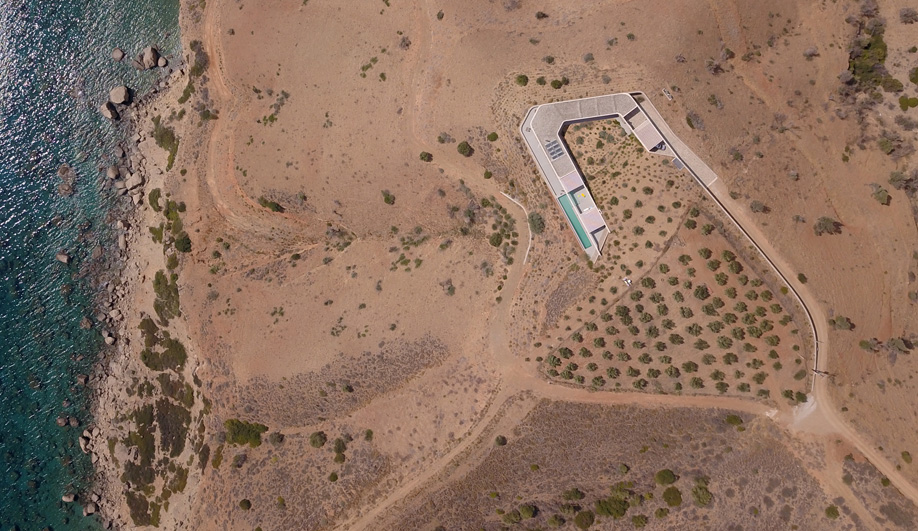 The hillside on which the house sits slopes dramatically to the Mediterranean Sea. The stark, arid site is just over 300 kilometres from the Sahara Desert.

With rare exceptions, construction projects are almost always impositions on their physical surroundings. File Ring House, a striking island residence by decaArchitecture on the southern coast of Crete, squarely among the anomalies.

The low-slung, horseshoe-shaped building not only hugs its hillside setting, virtually disappearing into the arid, sandy slope, but the material excavated during construction was used to restore some of the site’s original topography, which had been marred by roadwork and other human incursions. Prior to the home’s construction, seeds had also been collected from native flora and then cultivated in a greenhouse to grow a fresh supply, which was sown over the repaired landscape to create new swaths of plants. 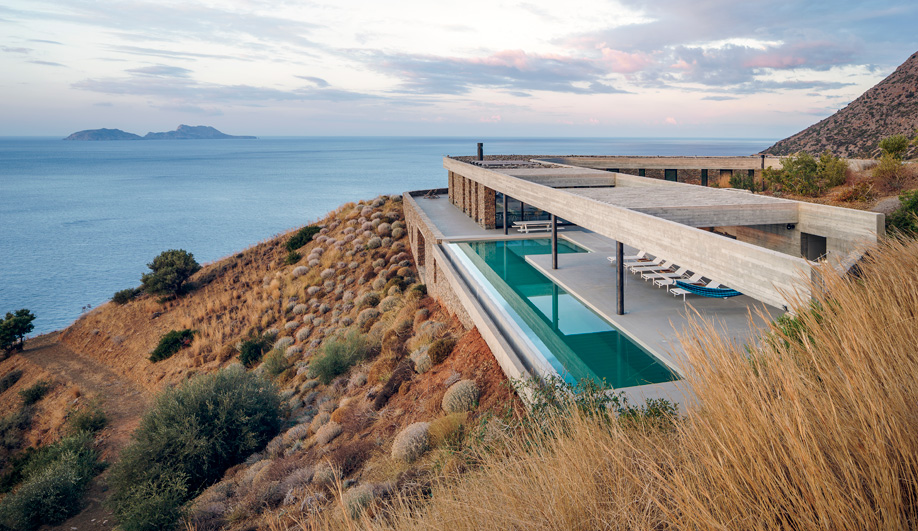 Swaths of native shrubbery dot the restored landscape, which had been carved up by roadways.

The house itself is made of rough stone and untreated wood, the envelope capped with concrete beams that provide an unobtrusive roofline, create shaded areas and harbour solar collection panels.

According to the architects, two guest houses are also planned for the site. It’s safe to assume that they will be just as thoughtful – and discreet – as their larger forebear. 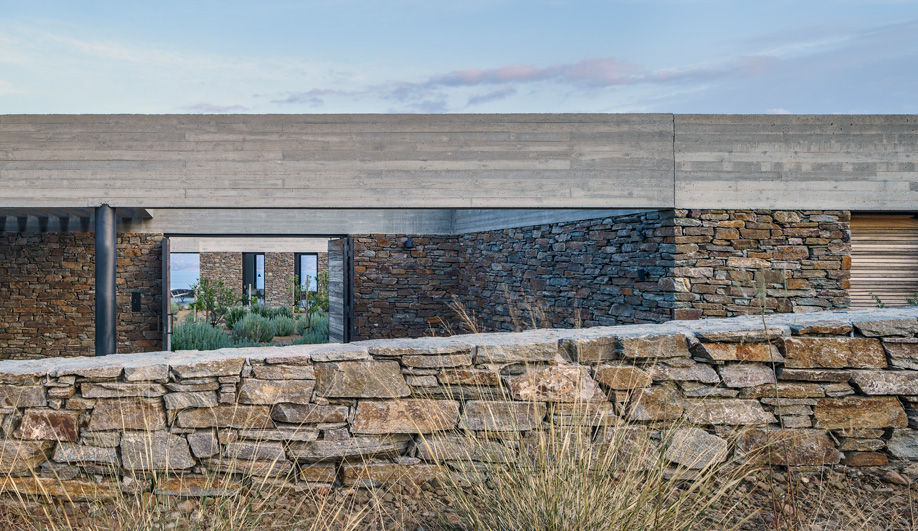