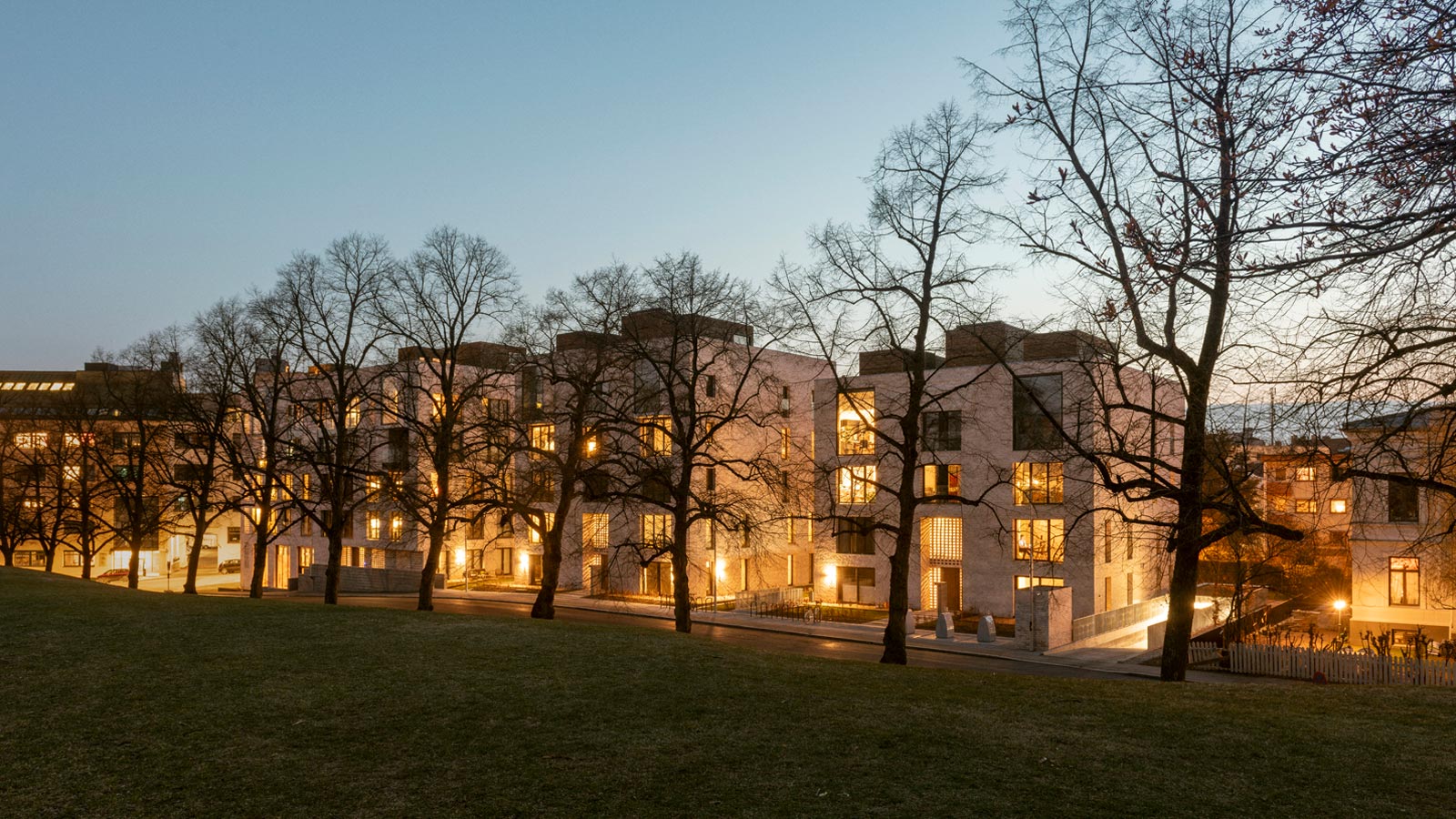 Reiulf Ramstad Brings a Dose of Gentle Density to Oslo

The Norwegian firm has introduced a trio of understated apartment buildings that speak to their historic surroundings in the popular Fagerborg neighbourhood.

Three blocks, four to six stories, brick facades. In scale and sensibility, the new residential community at 77-79 Pilestredet in central Oslo feels of a piece with the city around it. But while the contextually attuned complex is carefully integrated into its surroundings, the quietly striking design by Norway’s Reiulf Ramstad Architects also fosters a richly communal ambiance.

Comprising 16 apartments, the complex includes a mix of housing types, ranging from compact 40-square-metre suites to more family-oriented spaces of up to 120 square metres. Smaller units are concentrated along the lower levels, with larger homes on the upper floors. 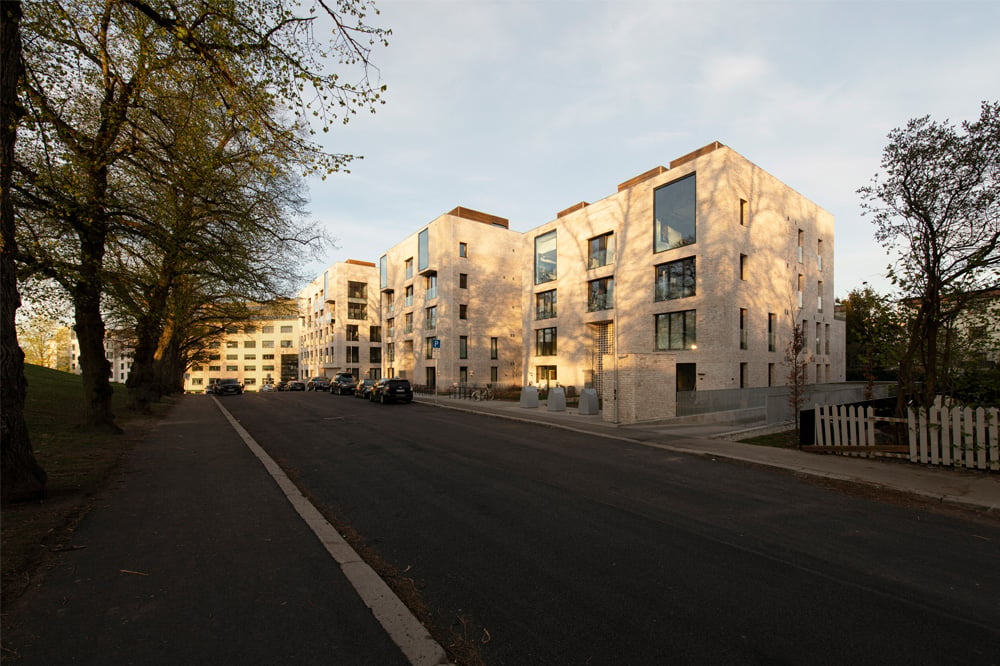 By breaking up the complex into three discrete buildings, the designers introduced a sense of porosity to the site, while deftly reflecting the scale and visual rhythms of neighbouring structures. The muted brick frontages make for an understated presence, while extrusions along the upper levels bring a subtle kinetic energy to the site – not to mention expansive floor-to-ceiling windows for residents. 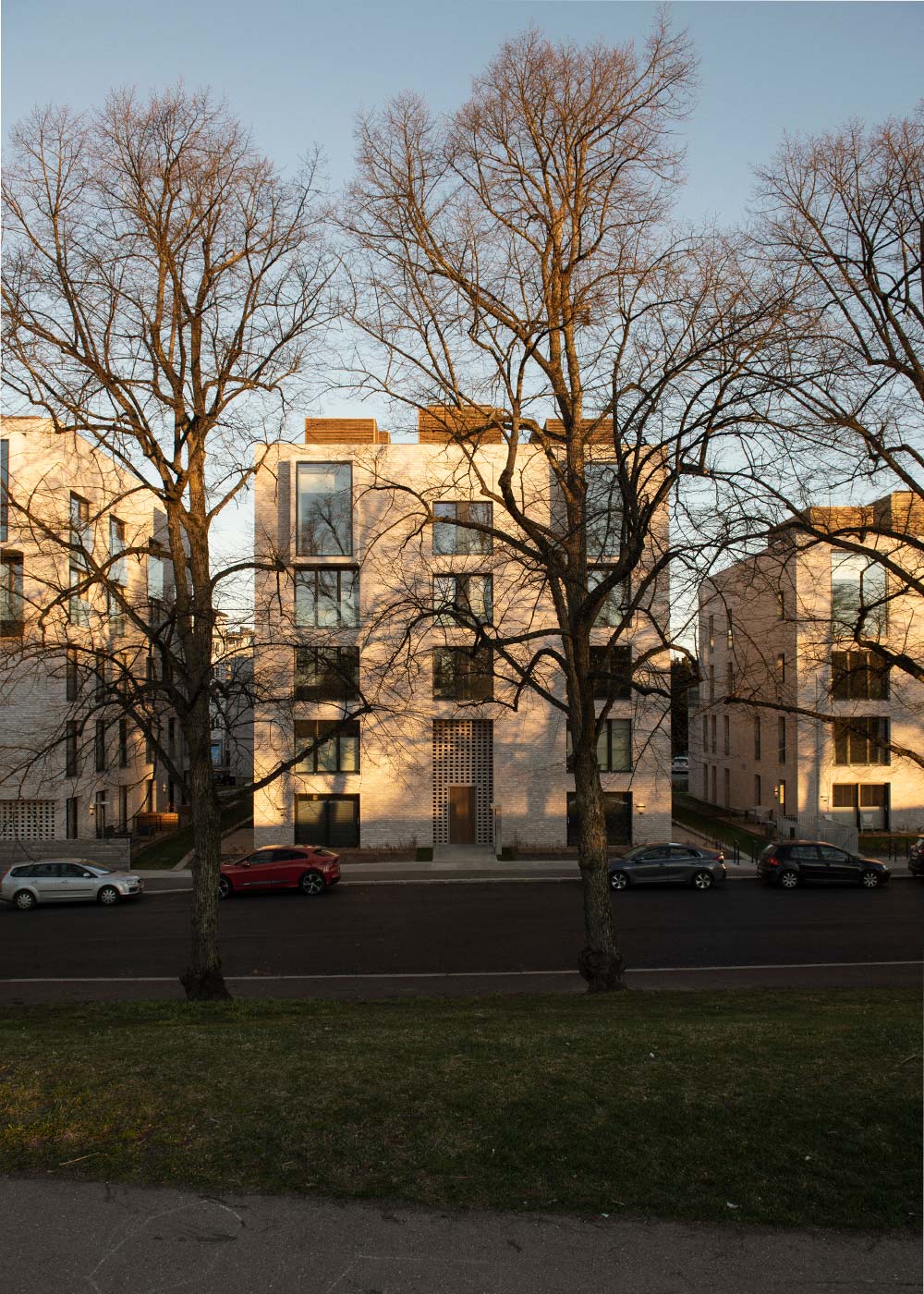 Set back from the sidewalk, the two smaller buildings also introduce an expanded public realm – with bike parking and greenery – at street level. The feeling of openness is emphasized by perforated brick accents along each building’s monochrome frontage. Adding texture and transparency, the facades and entryways also come alive in the evenings as warm light emanates from within. All three buildings are topped with rooftop gardens, giving residents semi-private outdoor spaces. 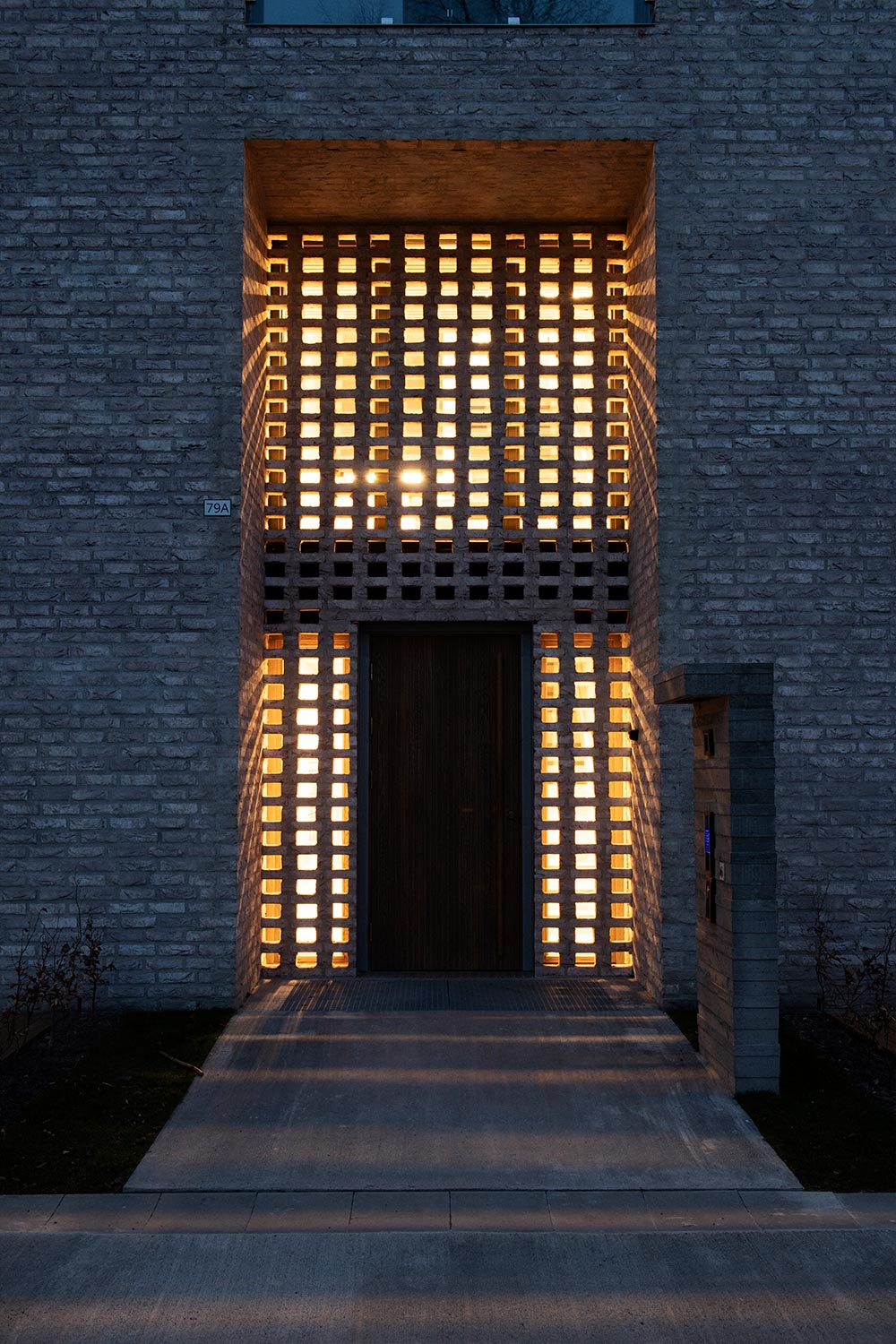 Situated at the end of the block, the six-storey edifice establishes a modest height peak for the community. With a somewhat bulkier form, the building stakes a more assertive, urban presence. It houses a small neighbourhood cafe that faces the street. 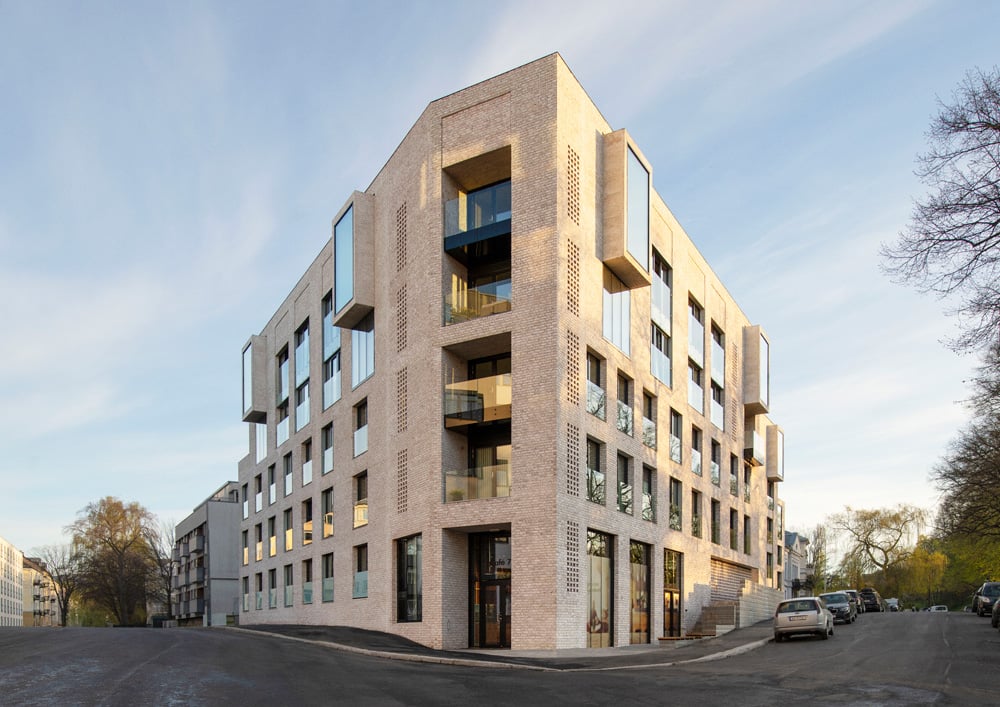 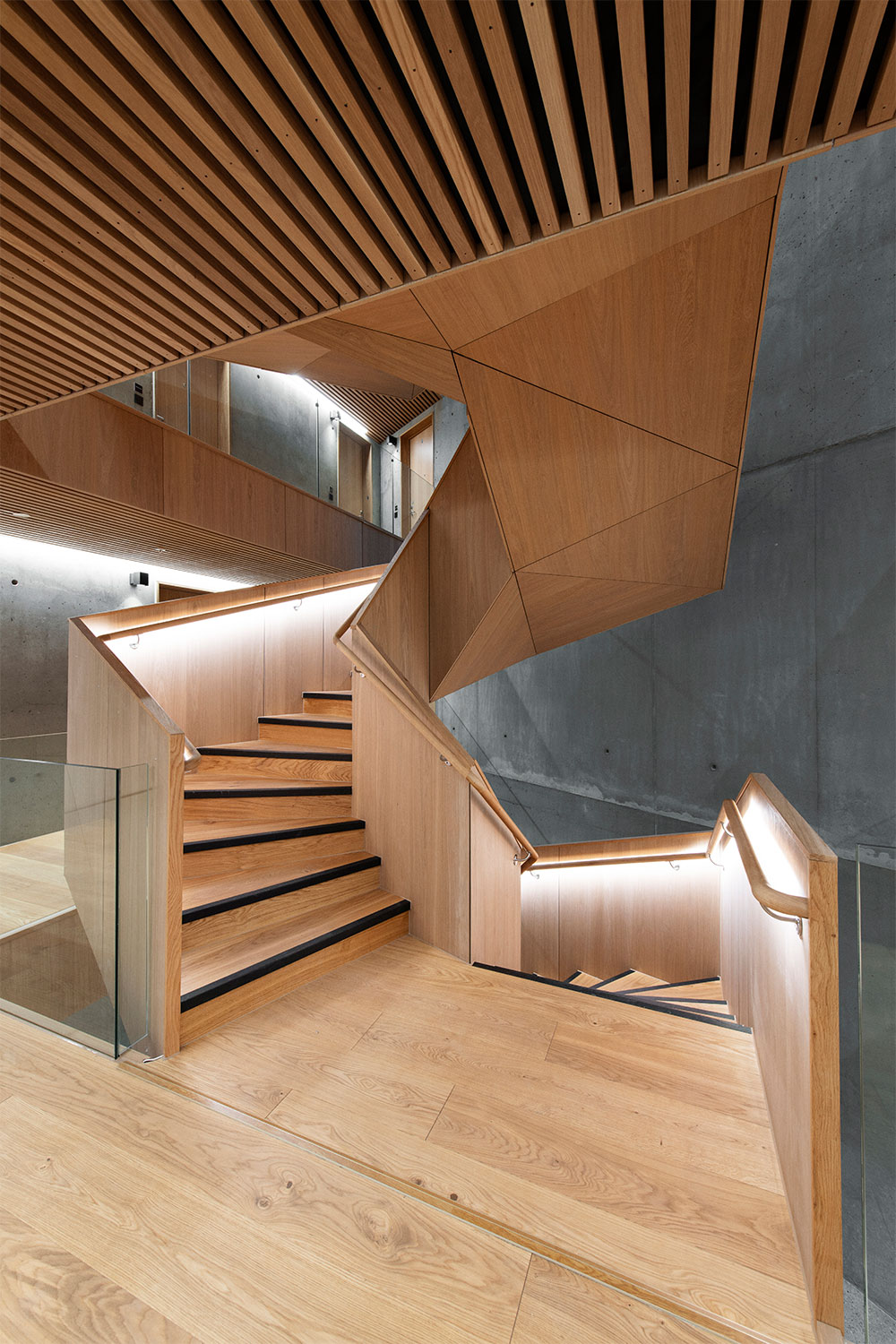 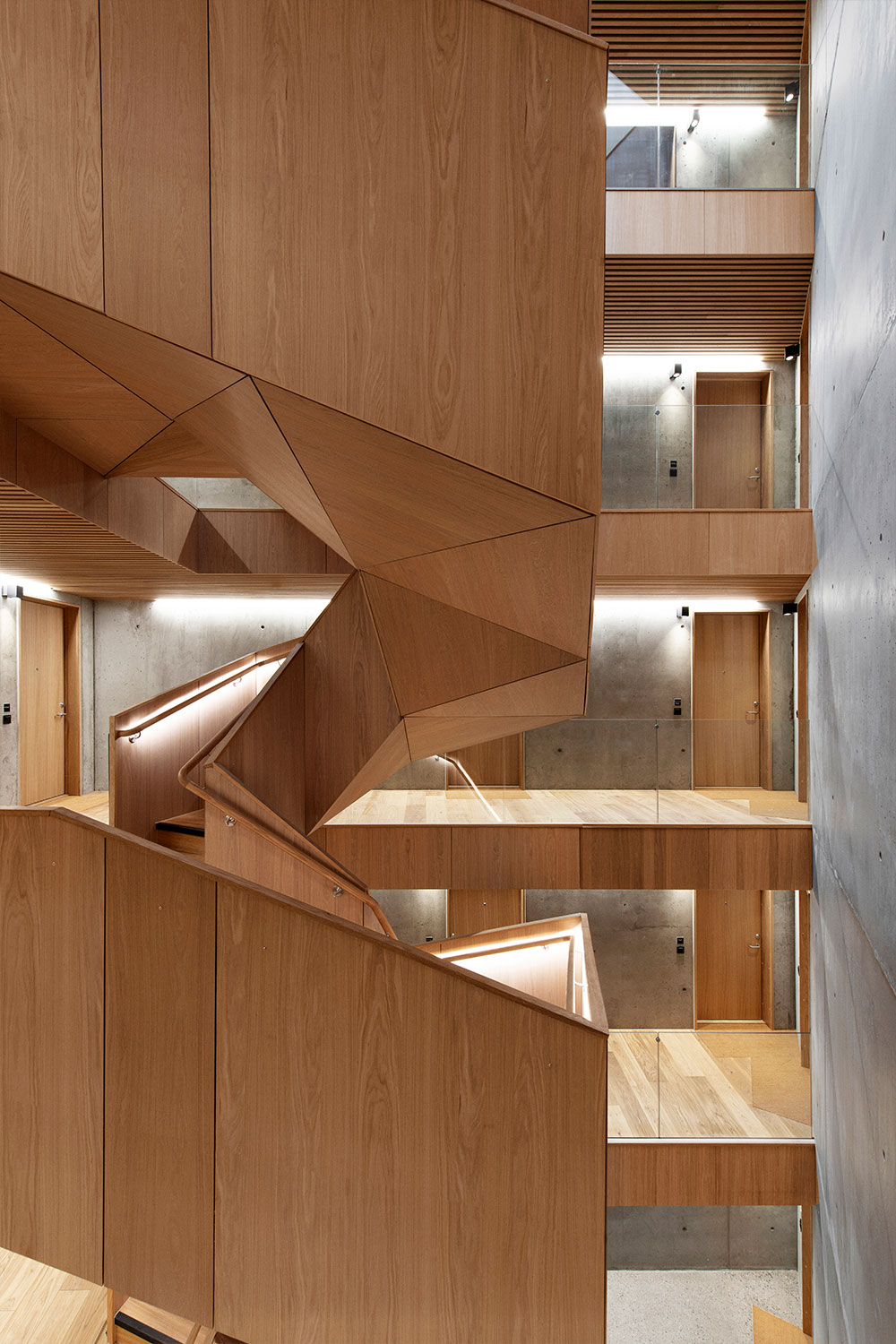 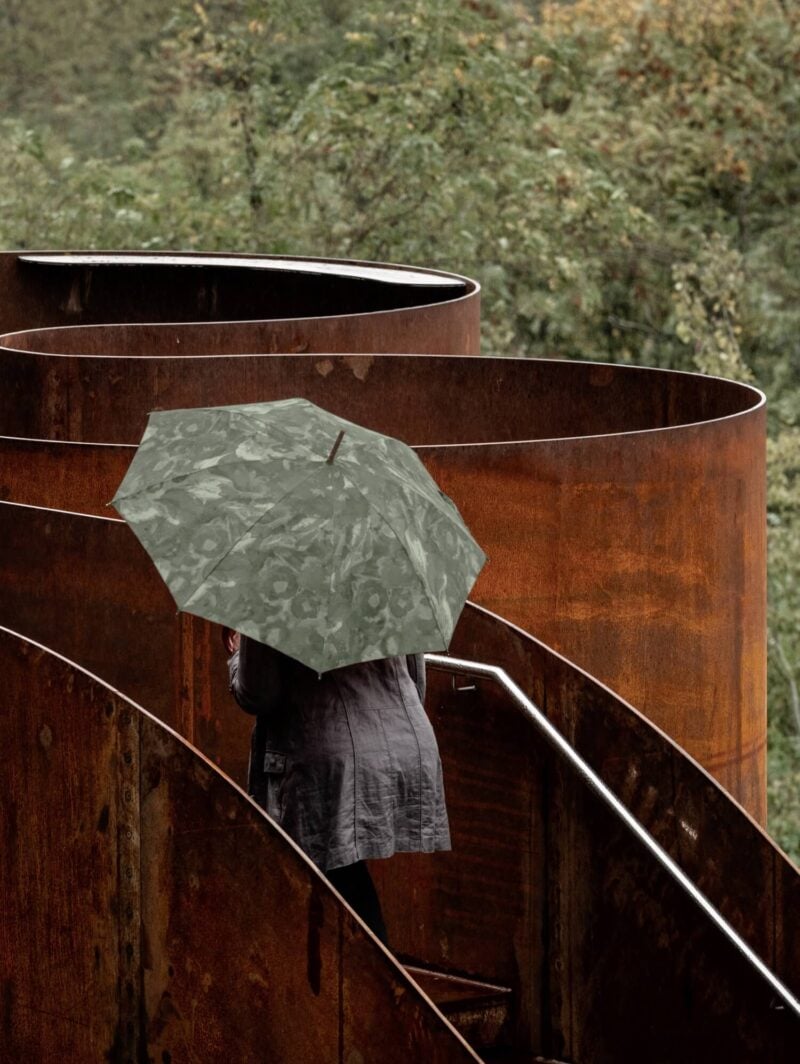 Here, the architects leveraged an awkwardly shaped corridor and transformed it into an architectural showpiece. The strikingly sculptural form, material juxtaposition – warm wood tones against concrete walls – and generously proportioned landings make the internal circulation a sociable focal point for residents. In effect, the firm has translated an interstitial space into a potential social hub. And at the very least, it’s rarely this fun to take the stairs. 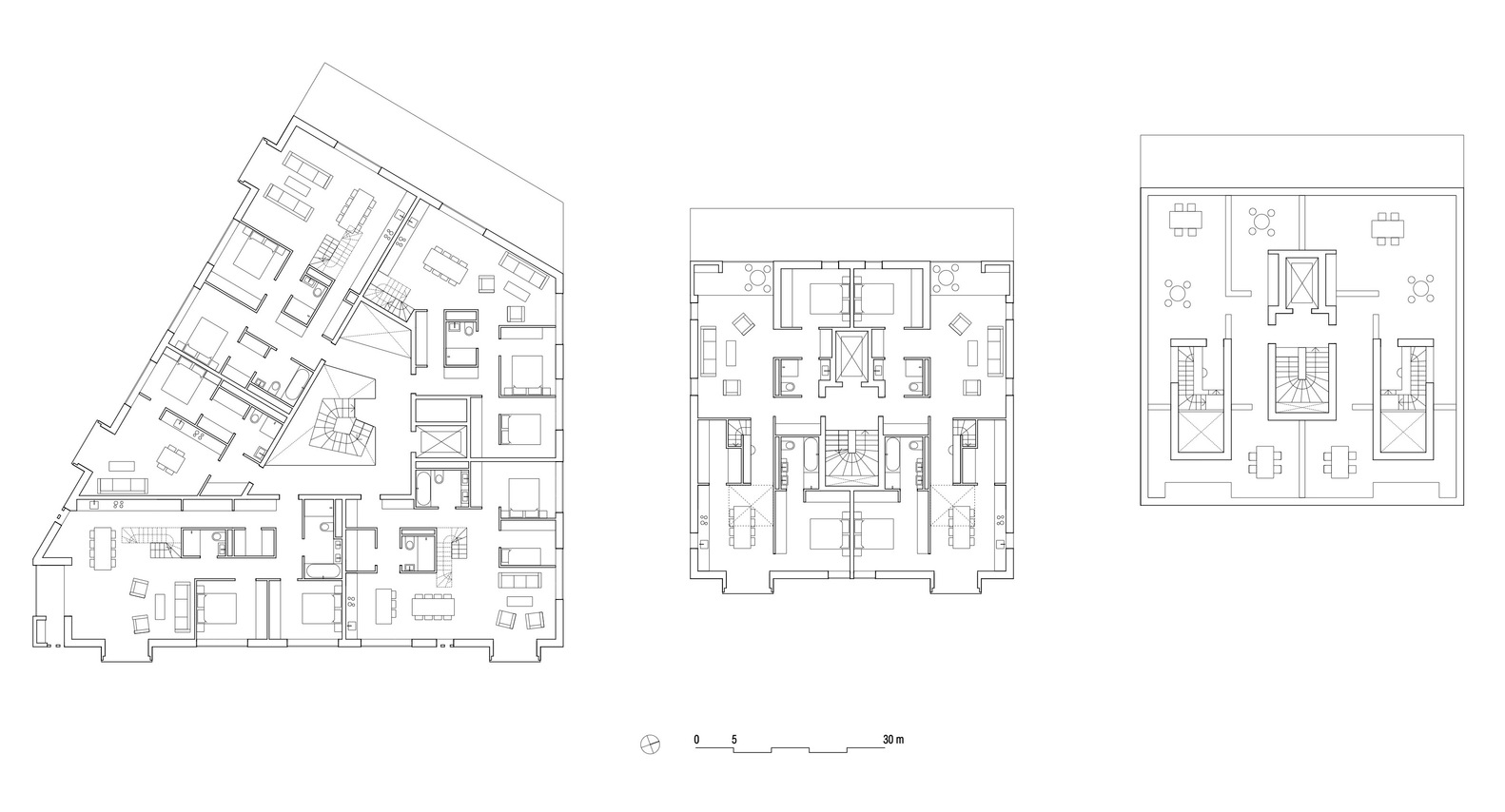 The Norwegian firm has introduced a trio of understated apartment buildings that speak to their historic surroundings in the popular Fagerborg neighbourhood.