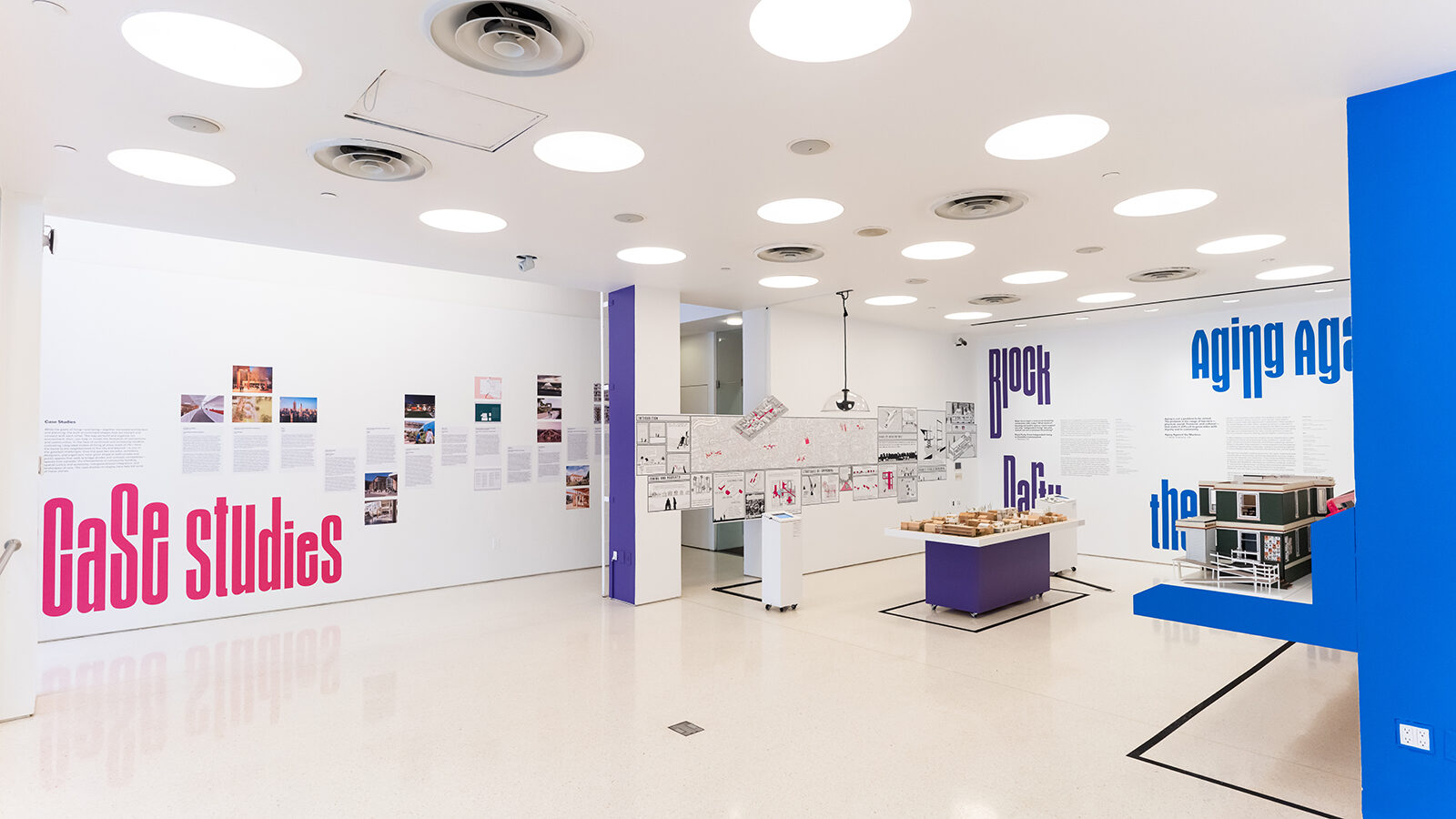 Reset: Towards a New Commons Investigates the Role of Design in Fostering Community

Co-curated by Barry Bergdoll and Juliana Barton and designed by Natasha Jen of Pentagram, the Center for Architecture’s latest exhibition represents a long-awaited shift from the individual to the collective.

Individualism is at the heart of contemporary American culture. This sense of autonomy has intentionally and unwittingly created a fractured society, both generationally and in terms of core beliefs. With time, these rifts have become deeper and more challenging to repair. The racial justice movement and recent global unrest have brought many longstanding issues to a head. At the same time, the COVID-19 pandemic has rendered these social divisions tangible, physically separating people by necessity and bringing lasting impacts to the built environment. As we begin to heal from this extended period of disconnection, the need for community has become increasingly clear and Reset: Towards a New Commons, an ongoing exhibition at New York City’s Center for Architecture, explores the ways that architecture can address this need. 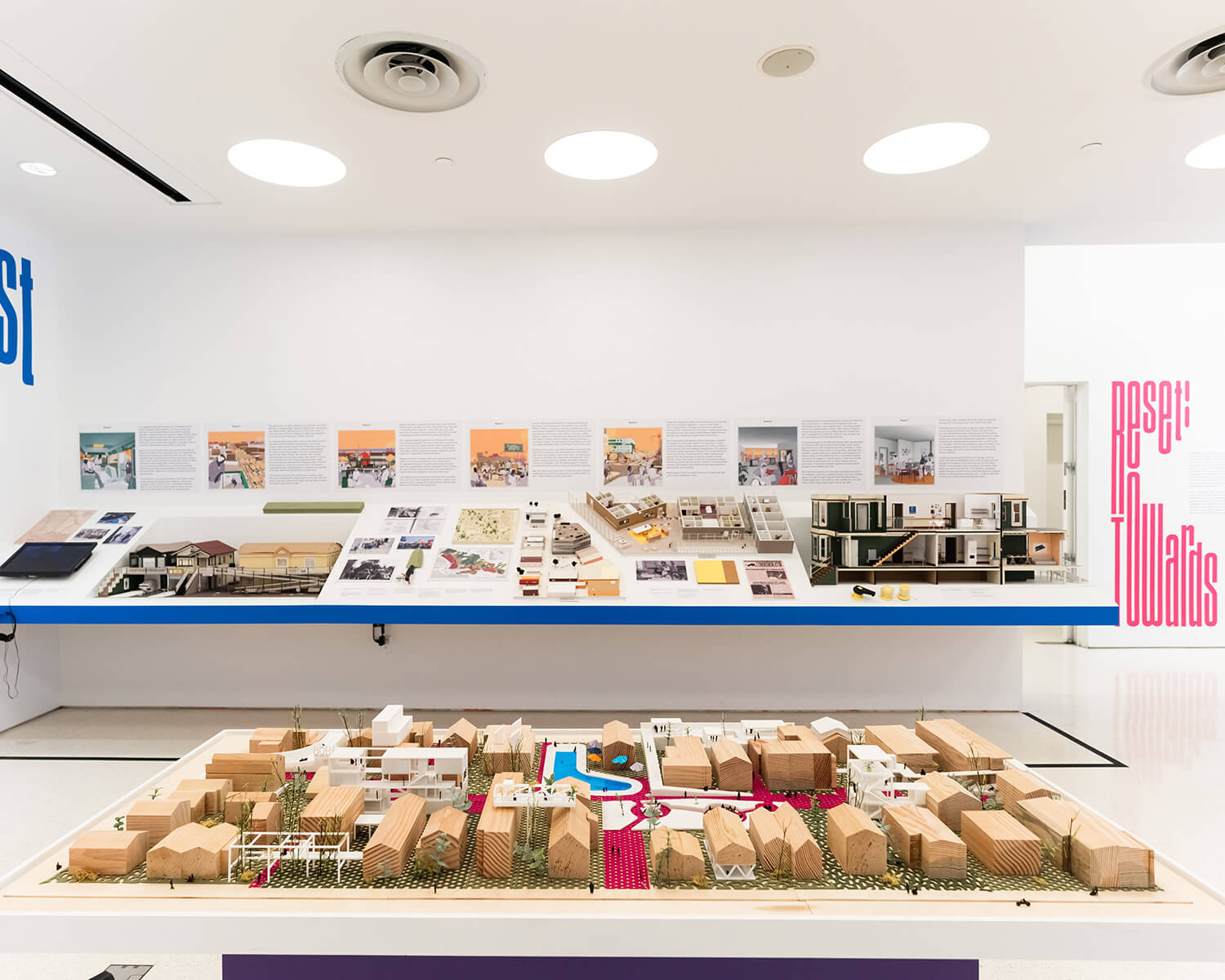 “Reset is an experiment, not to change the world tomorrow, but to change the ways we think about and talk about our physical environment and to help build towards greater interaction and support among communities,” explains co-curator Barry Bergdoll. Where better to draw inspiration, then, than from the community itself? In 2021, the Center for Architecture initiated an open call with this goal in mind, soliciting radical ideas from interdisciplinary teams that center collectivity in the built environment. 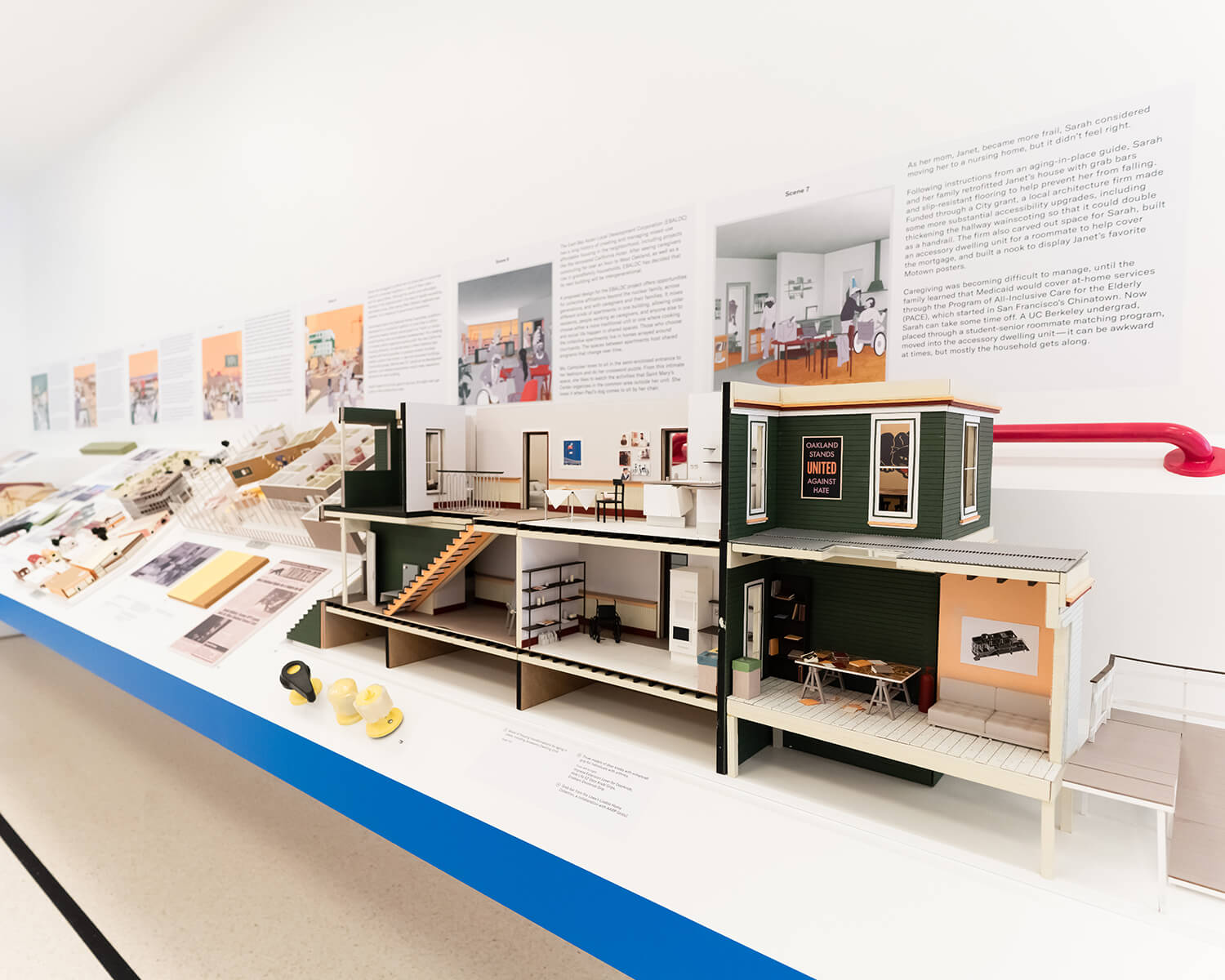 The four proposals — selected from across the U.S. to highlight regional differences — are displayed amongst contemporary and historic case studies that present architecture as a tool for community-building and inclusion, spotlighting diverse groups, ranging from religious communes to seniors with dementia.

The first proposal, entitled Aging Against the Machine, aims to rewrite the narrative that aging is a problem to be solved. Forgoing the North American norm of aging in isolation, this project, developed in concert with local residents, proposes alternative modalities of care, taking an intersectional approach at the building and neighbourhood scales to improve the quality of life of seniors in West Oakland. 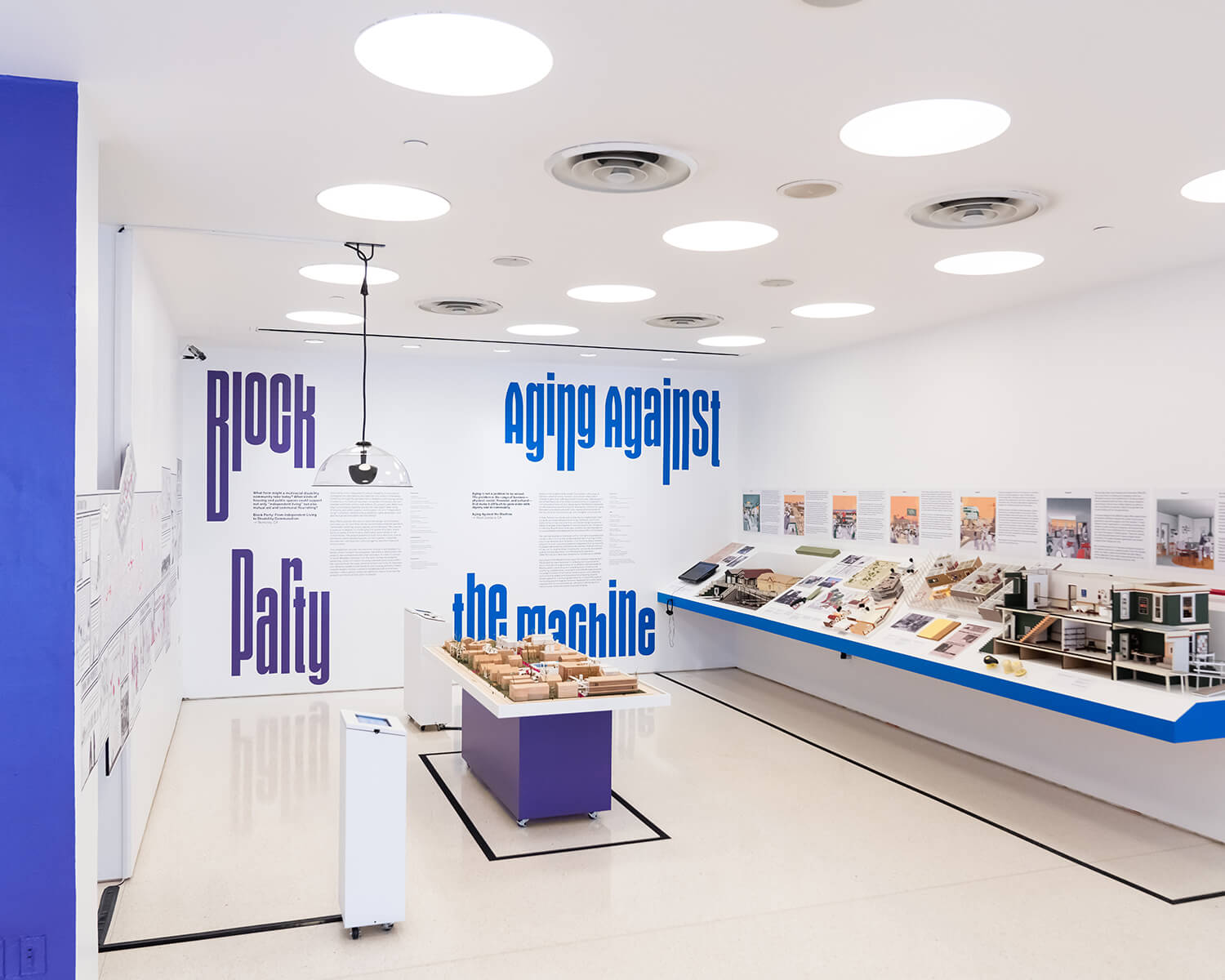 A second California-based project, entitled Block Party, examines the connection between disability and housing equality in Berkeley. Comprising a mural, models and an accompanying audio narrative, the proposal advocates for a shift away from the paradigm of single-family homes in favour of communal urban space. 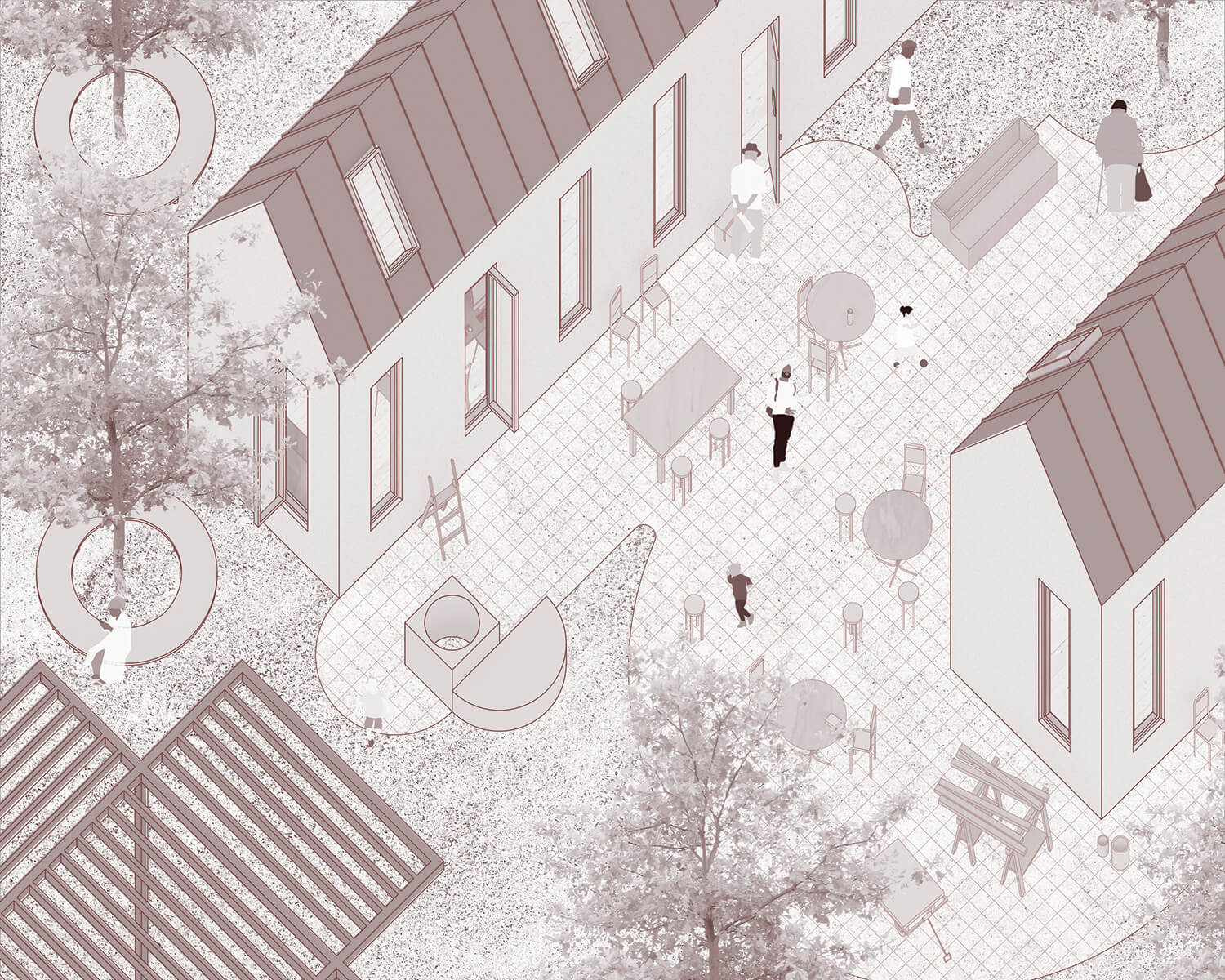 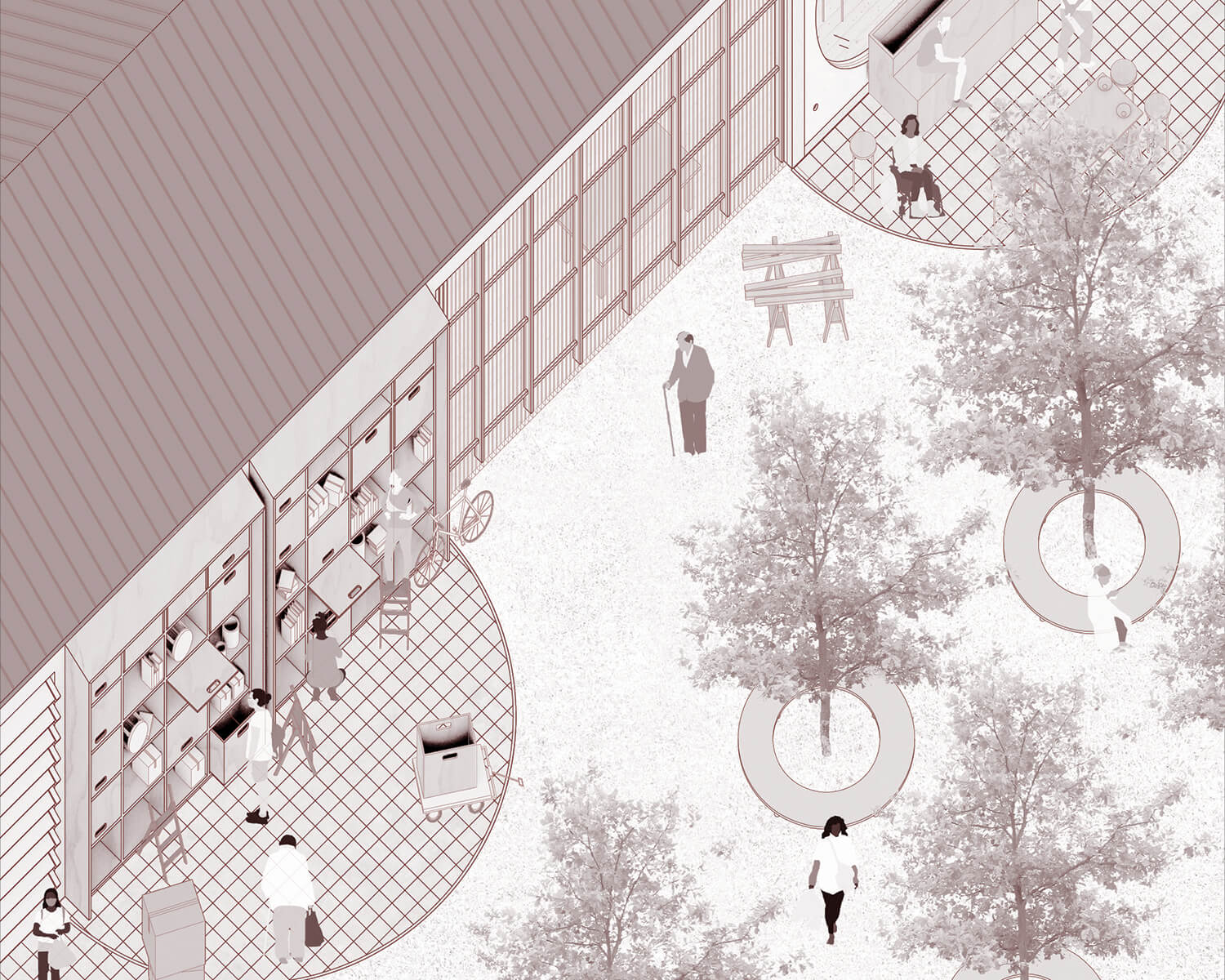 Decolonizing Suburbia explores the impact of suburban sprawl, specifically the architectural segregation enabled by the phenomenon of white flight, which left people of colour confined to the inner city. The proposal uses the Avondale neighbourhood of Cincinnati as a prototype for a new typology that aims to provide the resources these communities have long lacked. 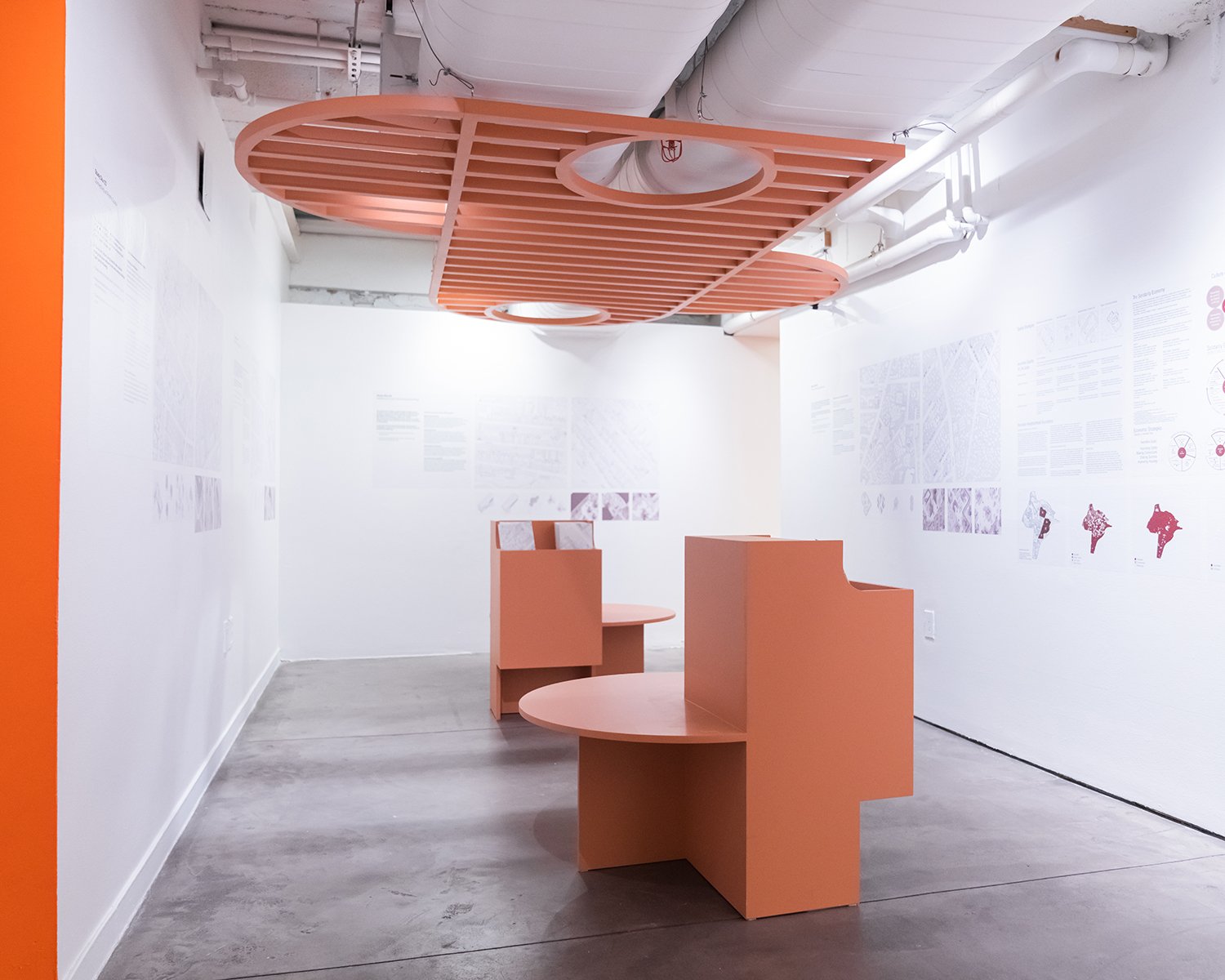 Finally, Re:Play enlists young people living in New York City public housing to develop a strategy for a new commons: one that centers on play. Eschewing increased surveillance and criminalization, the proposal instead uses placemaking as a tool to counter the effects of years of disinvestment. 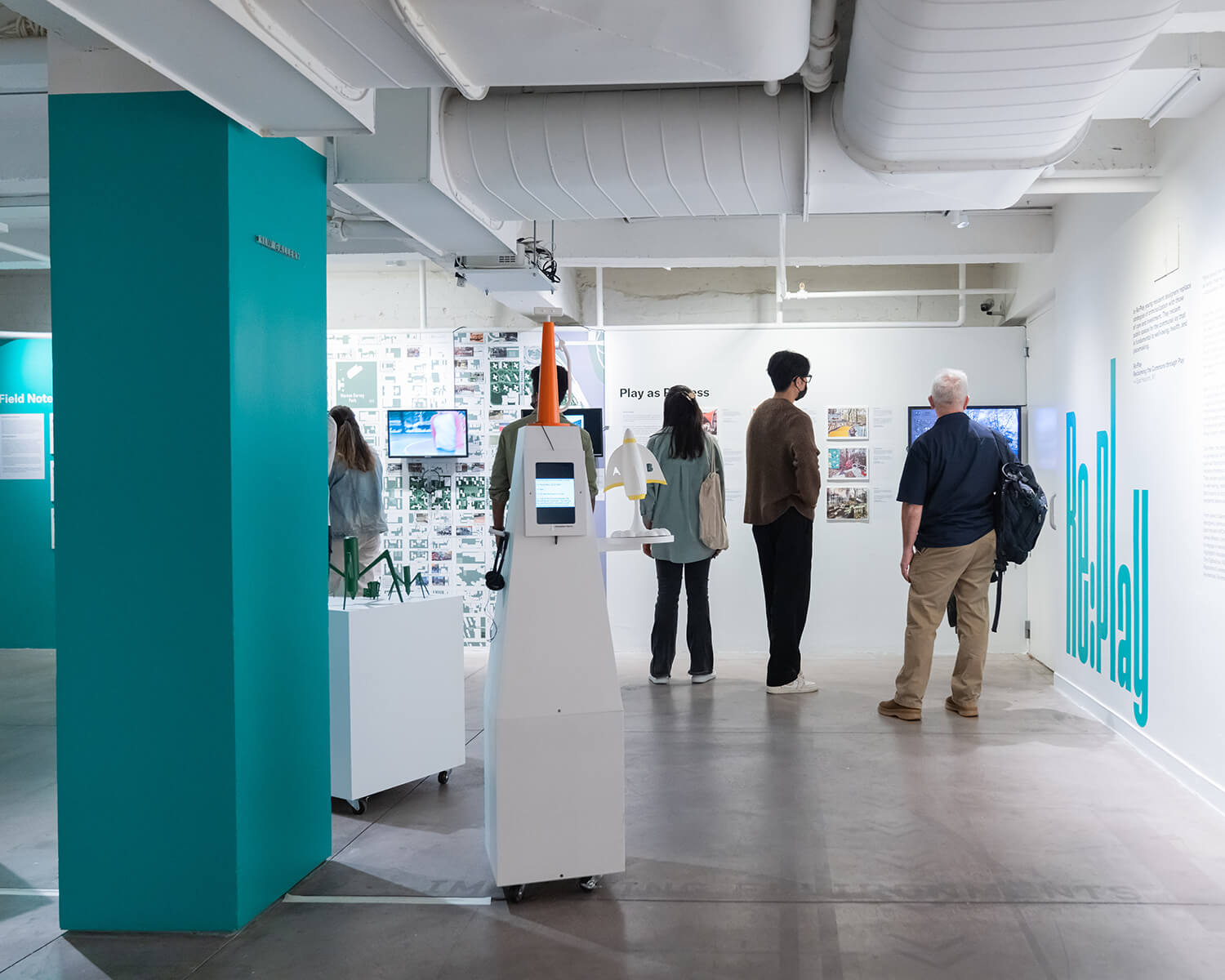 From high-profile projects like OMA’s 11th Street Bridge Park in Washington, D.C., to grassroots movements such as Black Women Build, the exhibition’s series of case studies demonstrate the progress that has already been made in developing architecture that drives collective care. The accompanying Reading Room, bursting with the exhibition’s vibrant accent colours, provides additional resources thoughtfully selected by the curatorial and project teams. 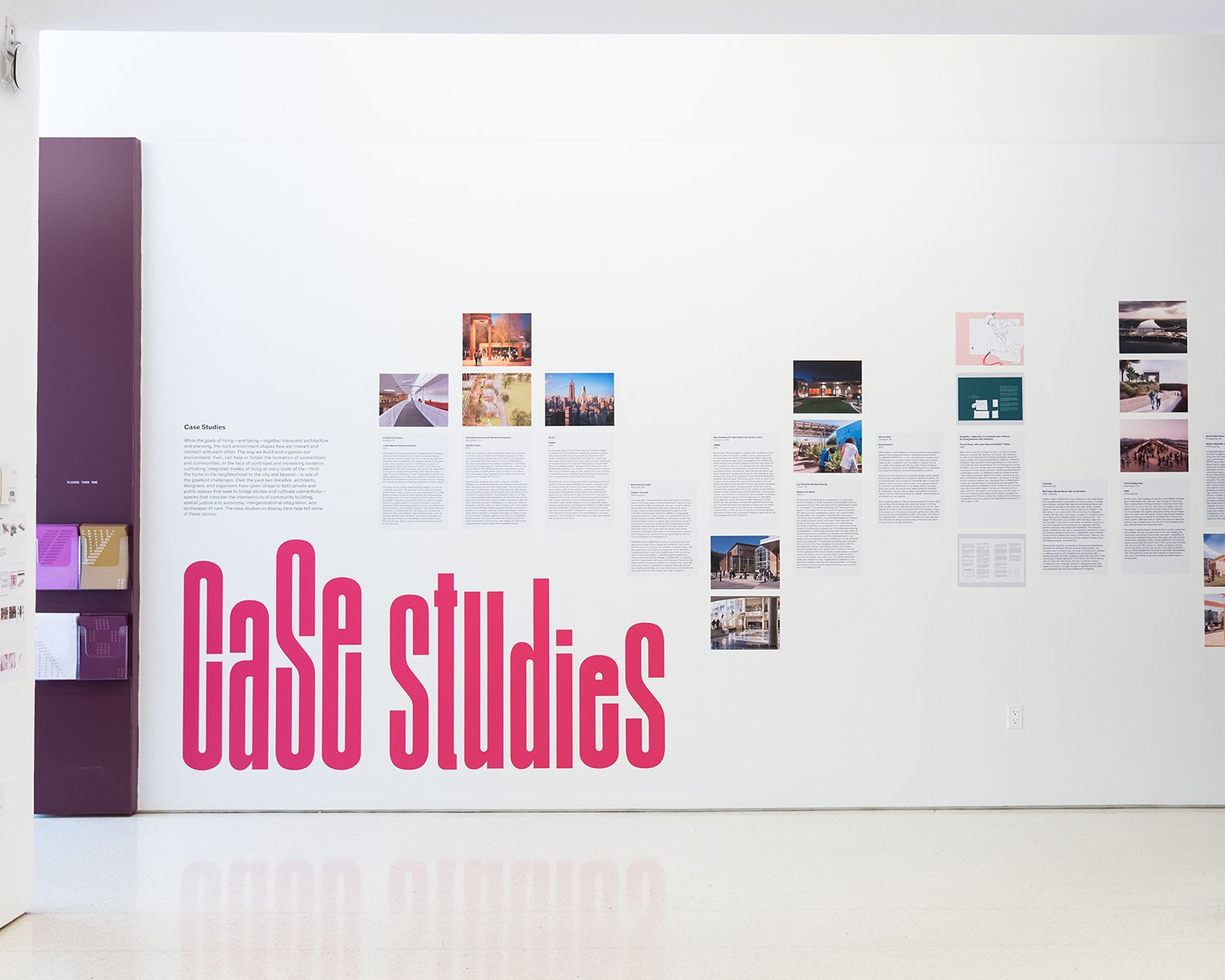 The hope is that the exhibition will serve as a springboard for forward-thinking designers to reimagine our shared spaces, shifting away from designing to meet specific needs and instead designing spaces that benefit all who use them. 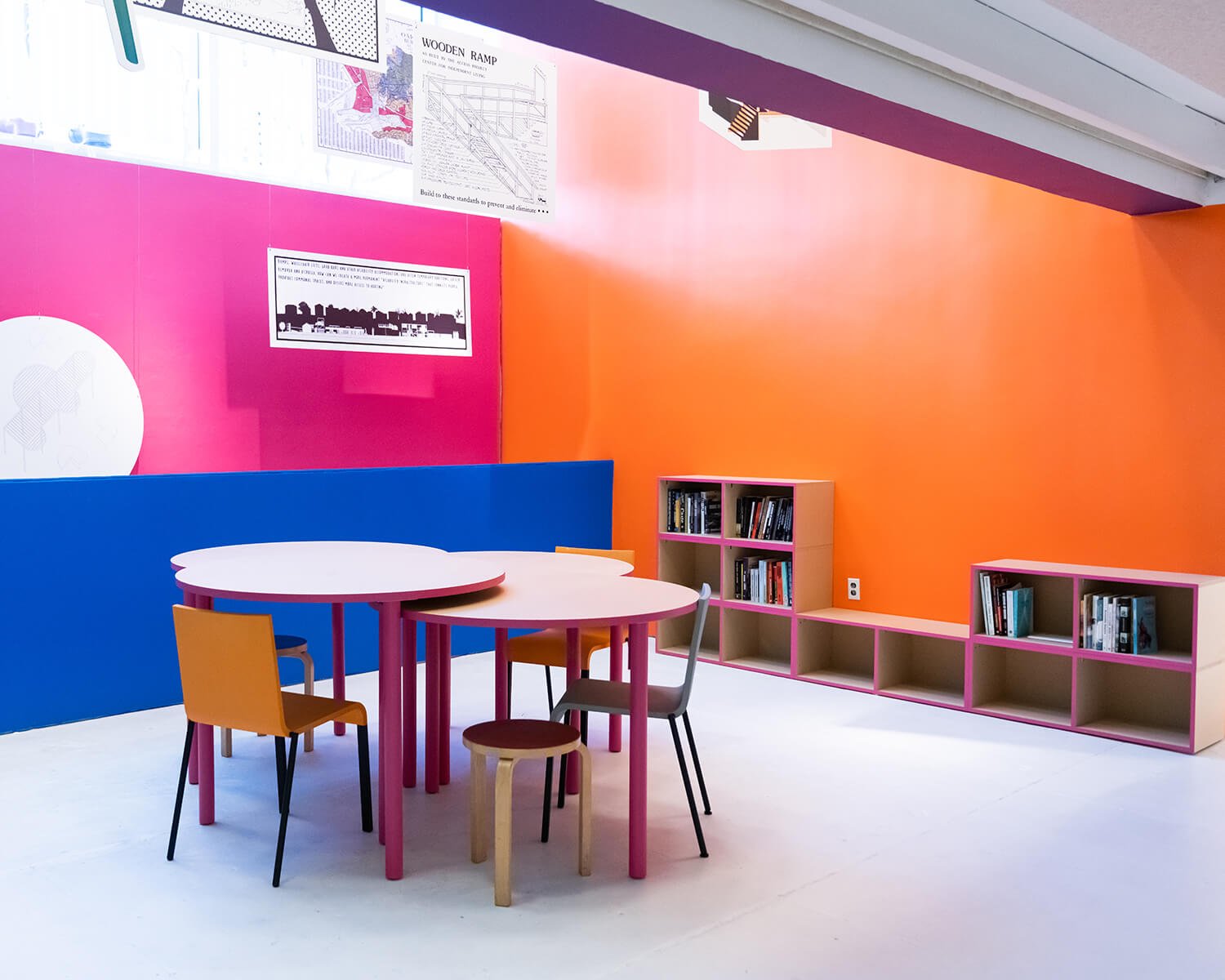 Reset is on view at the Center for Architecture, and available as a digital exhibition, until September 3rd, 2022.

Co-curated by Barry Bergdoll and Juliana Barton and designed by Natasha Jen of Pentagram, the Center for Architecture’s latest exhibition represents a long-awaited shift from the individual to the collective.