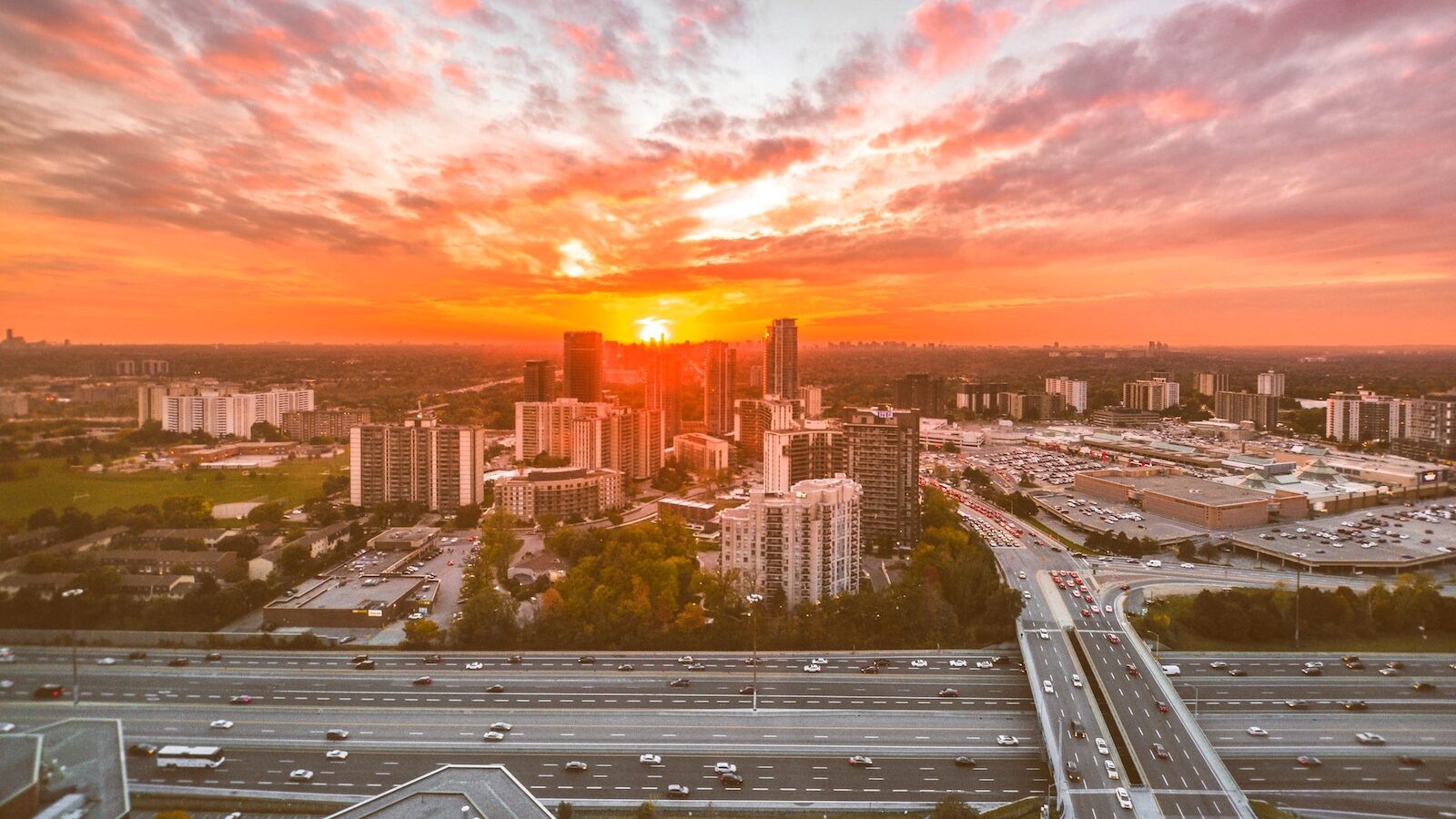 Pandemic Summer: Children and the Urban Geography of COVID-19

A new study analyzes the longterm public health impacts of COVID-19 on children and youth.

School is out and the sun is shining, but it doesn’t quite feel like summer. As the COVID-19 pandemic continues to reshape urban life, signs of the season are conspicuously absent. And even as popular parks filled up with circles of socially distanced adults, the sights and sounds of outdoor camps and soccer games remained few and far between. For many children, this has all added up to a more sedentary lifestyle.

It’s a simple equation: Social distancing means less activity and more screen time. A study by the University of Wisconsin paints a stark picture, finding that American children over 10 have engaged in 50 per cent less activity during the pandemic. In Canada, a recent ParticipACTION survey yielded similar results, which saw kids’ physical activity declining during lockdown measures and beyond. Using the Canadian 24-Hour Movement Guidelines as a baseline, the study found that less than three per cent of Canadian kids now meet the recommended activity level, compared to 15 per cent pre-pandemic. 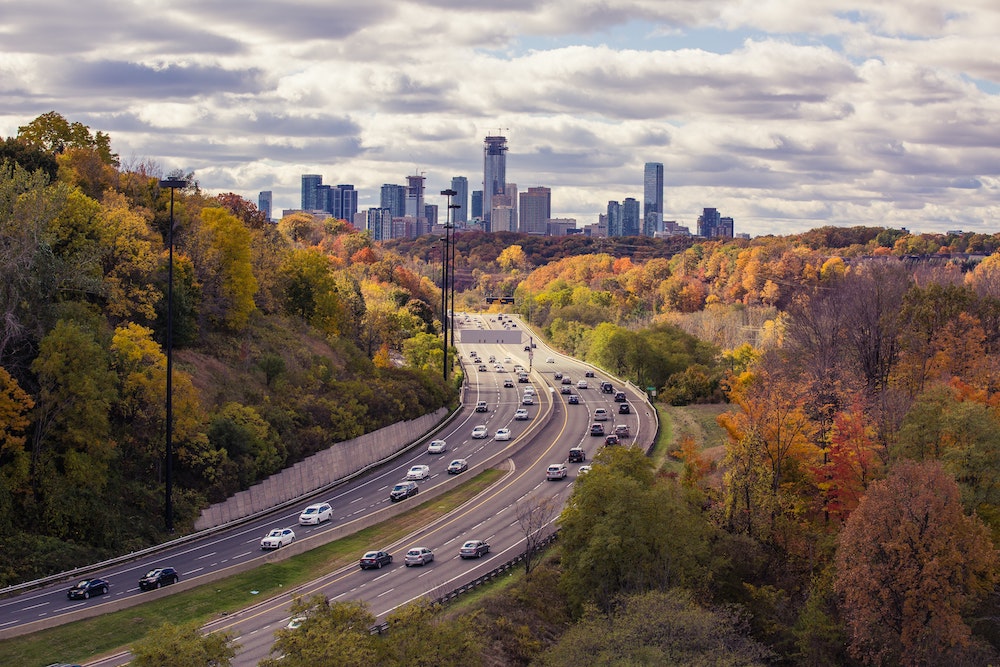 But the overall statistics belie another reality: The pandemic’s public health impacts are being felt unequally across racial, socio-economic and geographic lines. “Families aren’t all experiencing the pandemic the same way,” says Raktim Mitra, a co-author of the ParticipACTION survey and a professor at Toronto’s Ryerson University School of Urban Planning. Mitra mapped the ParticipACTION data across Canada’s urban geographies, taking into account neighbourhood conditions such as dwelling type, park access, transit, neighbourhood density and proximity to major roads.

And while the full mapping study has yet to be published, the results suggest that spatial and environmental factors are crucial to public health – beyond COVID-19 transmission itself – during the pandemic. For children in the country’s largest population hub, the Greater Toronto and Hamilton Area (GTHA), Mitra’s data shows that levels of outdoor activity fell further than in the rest of Canada. 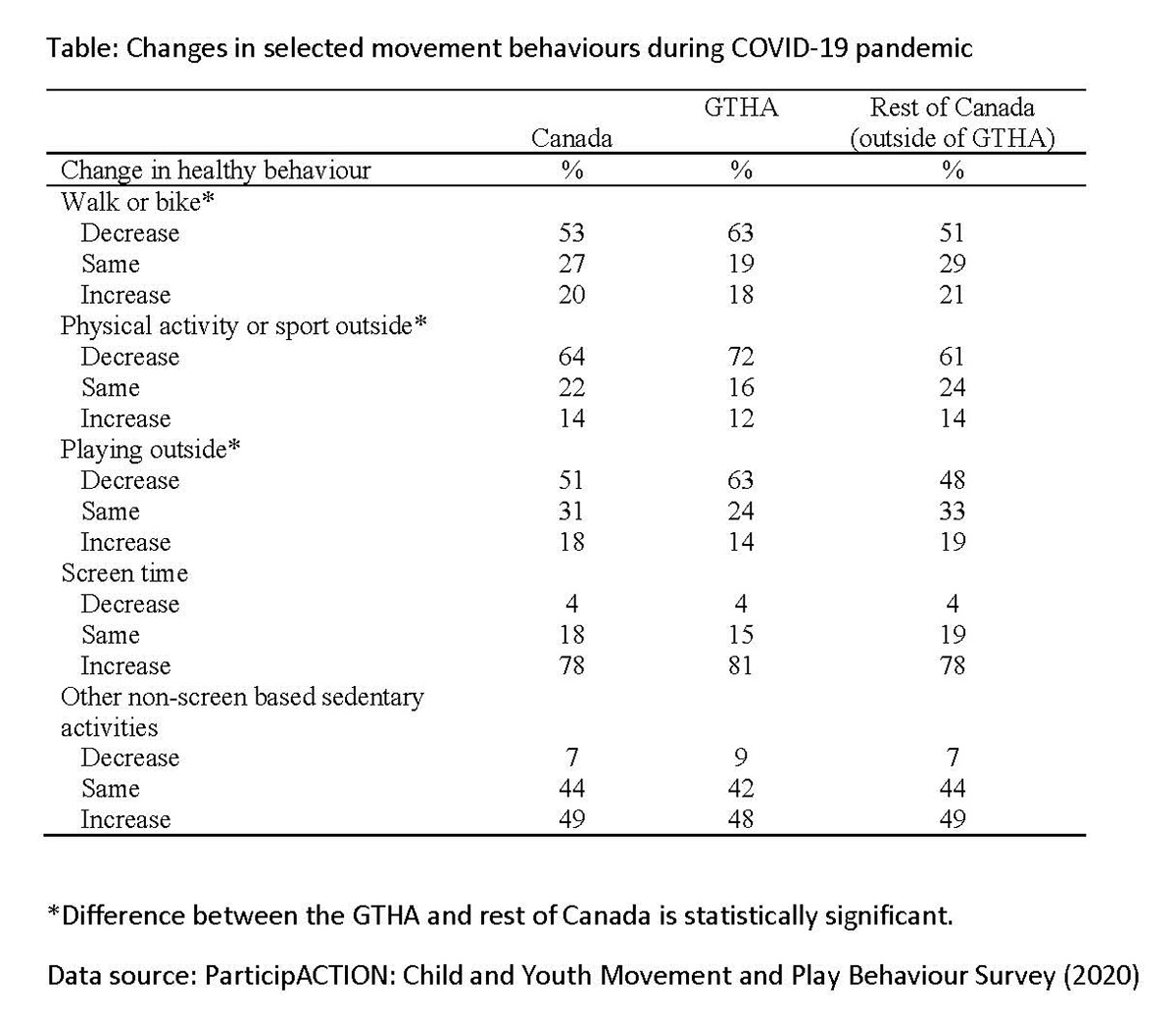 According to Mitra, “children living in houses recorded higher activity levels than those living in apartment buildings, as did households which are further removed from highways and major roads.” High population density also correlated with lower activity levels – the key caveat being that “access to parks and green space reverses the trend.” Although the correlation between population density and sedentary, indoor lifestyles may appear to be fodder for the “end-of-the-city” prognostications that still appear in some op-ed pages, Mitra’s nuanced analysis suggests that urban density alone is not an inherent determinant of health or quality of life.

“In and of itself, density doesn’t really mean all that much. What matters more,” he stresses, “is whether density is supported by adequate green space, as well as public amenities and services.” And although children in apartment towers appear to face higher inherent risks, “the integration of urban environments with parks and pedestrian-friendly amenities means much more than population density in isolation.”

While Mitra’s study focuses on the wellbeing of children and youth, the correlation between quality of space and activity reveals the broader links between urban geography and public health. Indeed, as Jay Pitter argued in Azure, the public health outcomes of dense urban living are contingent on spatial justice. A luxe downtown condo may be just as dense as an isolated and underfunded slab tower in the urban periphery, but they exist in contrasting realities.

The links between COVID-19 and geographic inequity are already well-established. Across many global cities, the same general pattern plays out: While wealthier urban enclaves are partially insulated from the virus, under-serviced and overlooked apartment neighbourhoods in the inner suburbs are the locus of transmission. According to a recent study of COVID-19 in Toronto and Milan, the virus thrives in the social and urban peripheries – or, in Pitter’s words, the “forgotten densities.” While COVID-19 has underlined social divisions, Mitra’s research suggests health risks that extend far beyond the virus itself. Even for children that never contract the virus, living in a vulnerable community during – and after – the pandemic poses sharply elevated dangers.

In the United States, the spread of the virus has similarly exacerbated socio-economic and racial divisions, with rates of COVID-19 varying widely by zip code – and a disproportionately high number of cases recorded in Black and Latino communities. Given the country’s geographic disparities, America’s racialized and low-income children are also likely to bear the brunt of youth public health risks – especially as aggressive policing of public space continues to target Black and Latino park users.

A recent Aspen Institute survey shows that the longer term consequences of COVID-19 for American youth are already rippling out along racial and socio-economic lines in organized sports. Although 60 per cent of parents with an income of $100,000 reported that their kids will resume sports once COVID-19 restrictions are lifted, only 44 per cent of those earning under $50,000 said the same. And in the wake of a pandemic that has put racialized communities at greater risk, Black and Asian parents were least likely to re-enroll their children in sports. Even after the pandemic subsides, many communities will likely be left with elevated health risks, their kids vulnerable to the virus’s spillover effects even though research suggests that they are at relatively low risk to the virus itself. 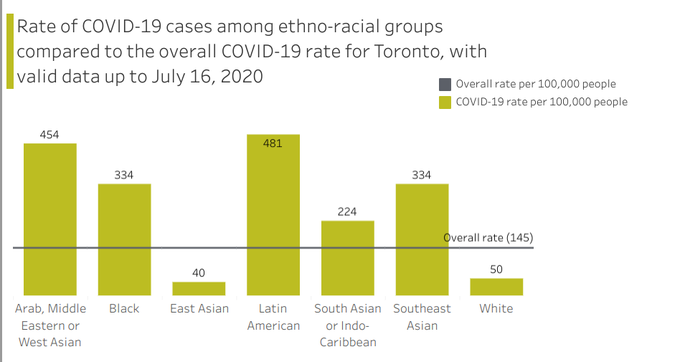 North of the border, the racial and economic geography of COVID-19 highlights similar disparities. By the time Toronto Public Health released comprehensive COVID-19 data on July 30, the results were at once devastating and unsurprising. Between mid-May and mid-July, racialized Torontonians accounted for 83 per cent of COVID-19 cases, despite making up only 52 per cent of the population. Similarly, households with incomes under $50,000, which corresponds to only 29 per cent of Toronto residences, represented 53 per cent of all cases. In an earlier survey, the greatest concentration of coronavirus cases was already recorded in the city’s northwest end, where the rate of infection was up to 10 times higher than in many central neighbourhoods. 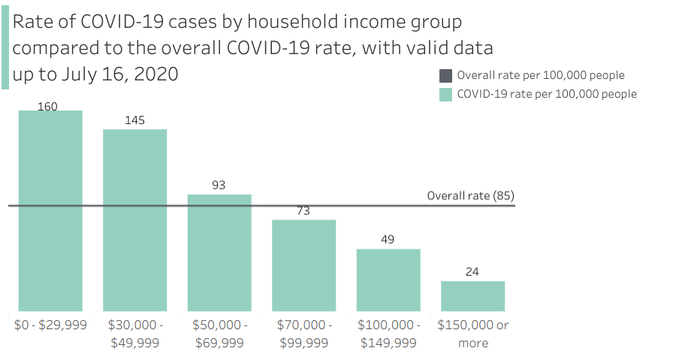 Spanning from Dufferin to Highway 427 and from Steeles to Eglinton, Toronto’s northwest is also home to the largest proportion of the city’s Black residents, as well a wealth of immigrants, refugees and residents without legal status. And though the area is not as dense as many other parts of the city, many of its most vulnerable residents live in aging and poorly maintained apartment towers served by overcrowded bus routes, while its workforce disproportionately shoulders the essential manufacturing, transportation and warehousing jobs that cannot be performed remotely.

Michelle Westin wasn’t surprised by the numbers in the Toronto Public Health report. A senior analyst at Black Creek Community Health Centre, Westin spoke to the Globe and Mail about the socio-economic factors at play. “We know that we have community members that are living in crowded apartment buildings, people who are working in the service and factory industries, people who are underemployed so they don’t have paid sick days,” Westin told the Globe. 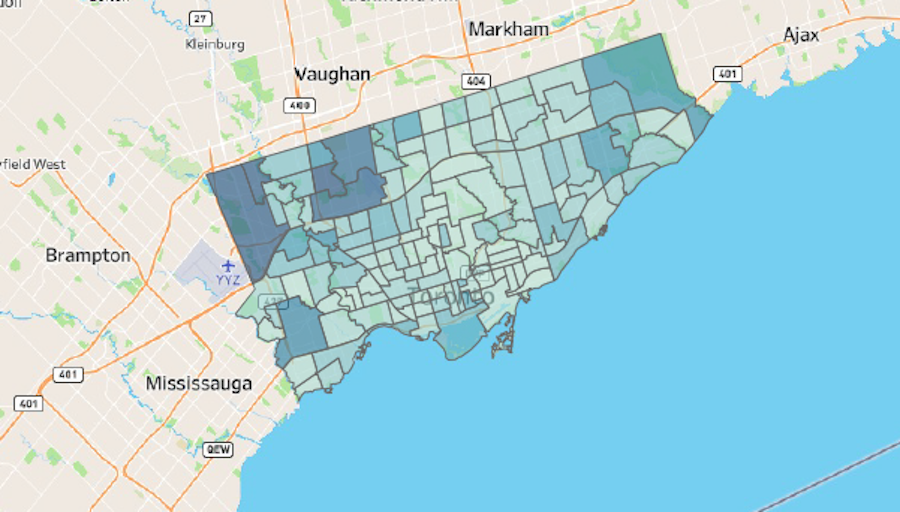 Six months into the pandemic, its disparate racial and socio-economic impacts are increasingly obvious. Yet, amidst the calls for enhanced parks and public spaces, better building maintenance, enhanced transit and equity-based placemaking, the neighbourhoods in Toronto’s northwest continue to suffer from chronic disinvestment. In the Jane-Finch neighbourhood, transit agency Metrolinx abruptly announced the cancellation of a long-planned community hub, with the allotted land instead slated to be sold to the open market. Although Metrolinx subsequently reneged on the sale following a public outcry, the episode highlighted its dispiriting lack of commitment to the community.

There are, at least, bright spots on the horizon – and on the road. Our Greenway, a non-profit group, envisions a 21-kilometre system of cycle paths running through Jane-Finch and Rexdale (also in the city’s northwest end), combining cargo capacity with a much-improved transportation network that connects residents to retail and community amenities. In the face of institutional inaction and decades of neglect, it’s a vital dose of grassroots optimism. And for the kids? What better way to shake off a sedentary summer than a long bike ride.

A new study analyzes the longterm public health impacts of COVID-19 on children and youth.