A Brooklyn Pharmacy with a High Dose of Personality
For a new independent pharmacy in Brooklyn, Sergio Mannino has designed a bright green space with loads of character, and a surprisingly fun floor. 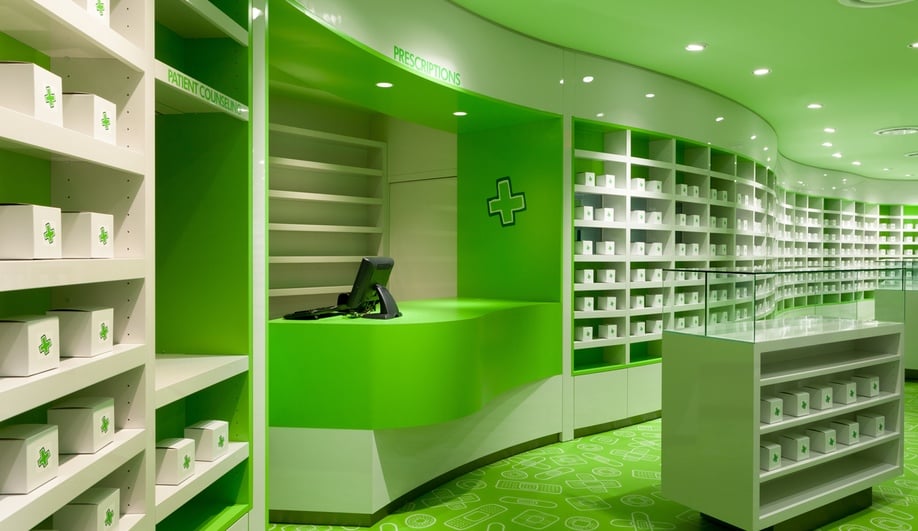 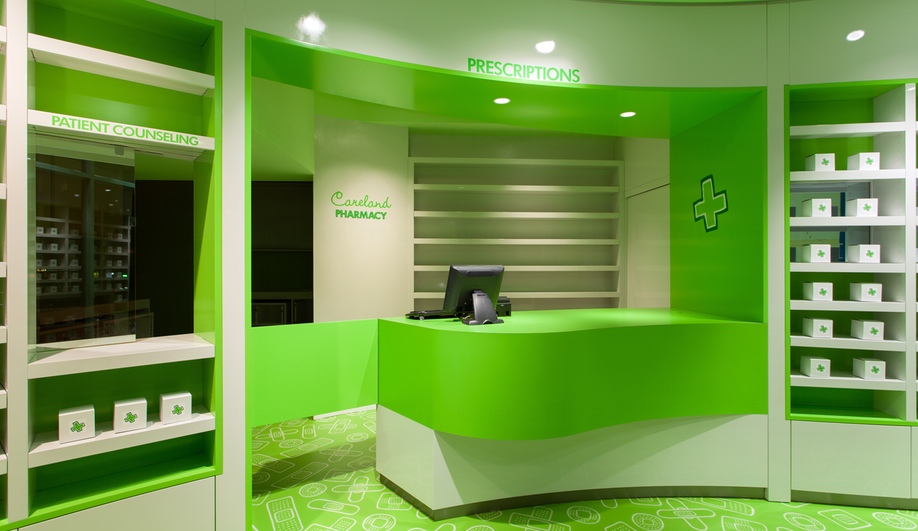 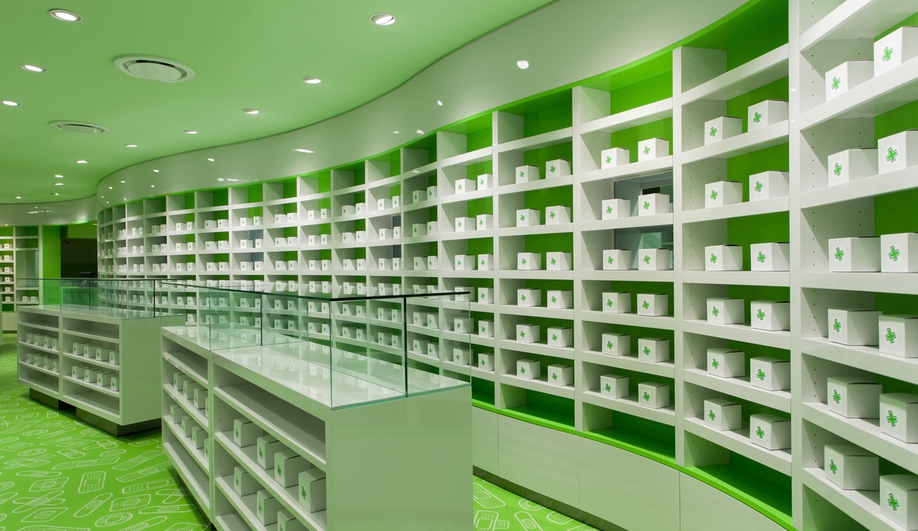 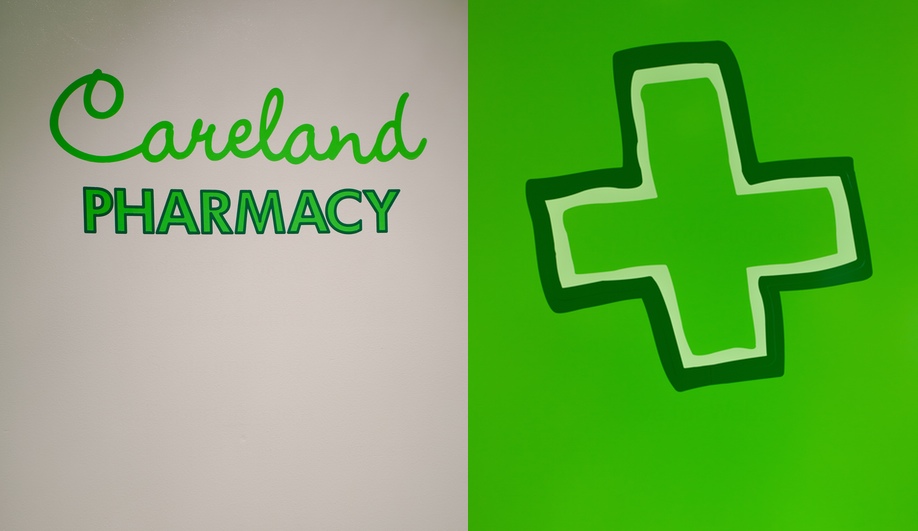 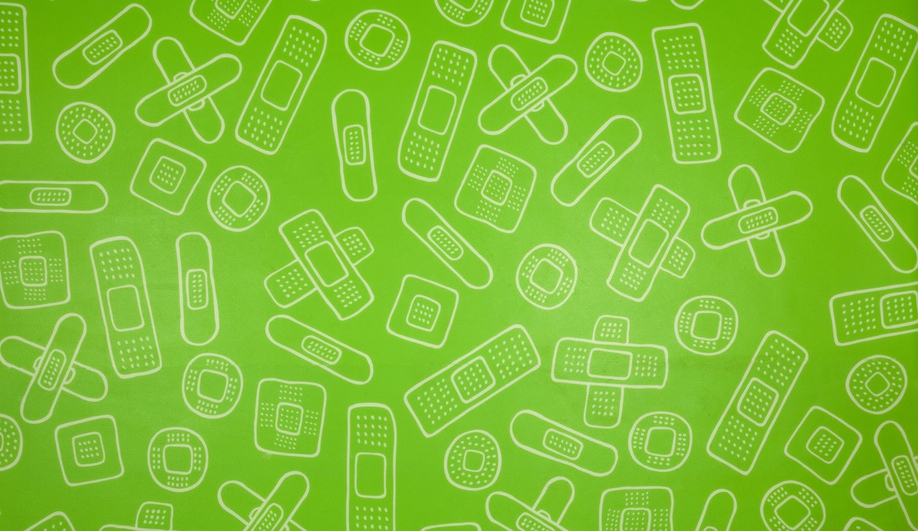 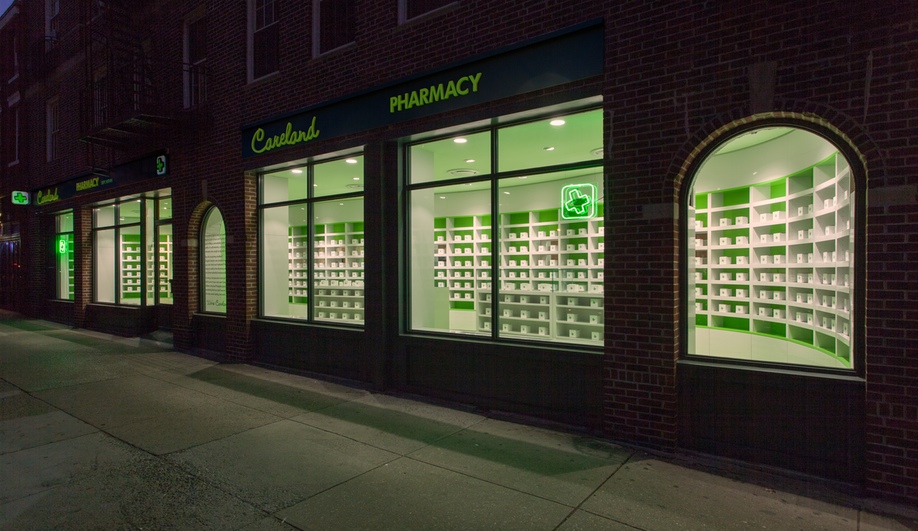 Before setting up shop in a former video store in Brooklyn, Careland Pharmacy called on Sergio Mannino. The family behind the independent business found the designer’s work online (it includes this simple yet sophisticated pizzeria) and thought he would be able to convey the brand’s special ethos. Recalling the traditional pharmacies of old, Careland seeks to establish a close relationship with its local customers. Its motto is “We take care SERIOUSLY.”

To inject that saying with a dose of fun, Mannino got in touch with Jonathan Wajskol, a principal at branding studio designwajskol; and together they came up with a visual identity that reflects Careland’s balance of seriousness and personality. It starts with the cross symbol, and includes the logo itself, a mix of Futura font and hand-drawn script.

The most fun the designers had was with the vibrant green floor, covered in a motif of hand-drawn bandage patterns by Mannino. “I picture a mother putting a Band-Aid on her son’s ‘boo boo’ and that image really represents what the client wanted to do with Careland: taking care of their customers in the deepest and warmest sense of the term,” says Mannino.

The rest of the space is equally imaginative. Mannino’s studio created bespoke shelving, finished in high-gloss white paint, that curve for 70 linear feet throughout the space. The service counter, in the same shot of green as the floor and the interior of the shelves, swoops out invitingly. It all goes back to the commission. Mannino says, “Careland are passionate about design and they wanted a unique pharmacy that would distinguish itself from all the other in the neighborhood and in New York in general.”