Tadashi Kawamata’s MAAT Art Installation is an Urgent Wake-Up Call
The Japanese artist's immersive Over Flow, on view at Lisbon's MAAT, represents an inundation of plastic and styrofoam garbage collected from Portugal's shores.

The Museum of Art, Architecture and Technology in Lisbon is a marvellous museum that gently rises, sloped like a clam’s shell, along its water’s edge site. Designed by UK architect Amanda Levete, MAAT pays homage to its home on the Tagus River in both its shape and in its scale-like, white tile cladding, which nods to the Portuguese custom of embellishing buildings with vibrant ceramics. Opening last month and running until April 1, 2019, an installation by Tadashi Kawamata makes this context even more visceral. His Over Flow is an assemblage of plastic bottles and buoys, styrofoam coolers and other sea-dredged debris – including two mostly intact boats – culled from Portugal’s shores.

The work is suspended in the MAAT’s Oval Gallery to create an immersive experience on multiple levels. Visitors can view it from above, where it appears dense and tumultuous, the fishing lines used to stabilize the whole thing almost imperceptible. They can then walk down the winding path that leads to the level below; there, the feeling is one of immersion, like you’re literally under water, into the mesmerizing play of light and shadow choreographed by the variously shaped debris. Standing under the bulging aggregate, one feels the very palpable heaviness of humans’ addiction to plastics and unsustainable consumption. It’s somehow both ethereal and suffocating. 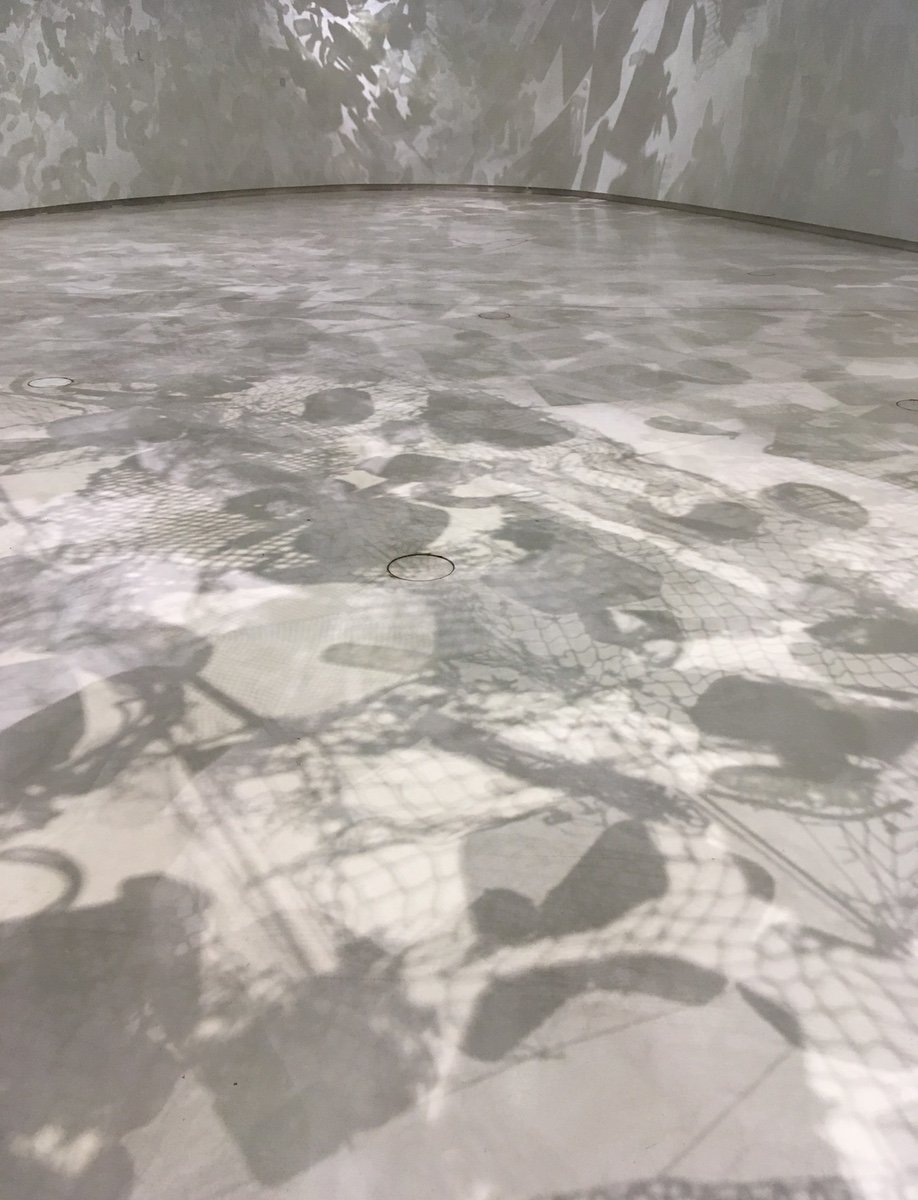 In the year-long process required to create the installation, Kawamata collaborated first with the not-for-profit, beach-cleaning organization Brigada do Mar, which has collected some 450 tonnes of garbage in the past 10 years. He then brought in the architecture collective Os Espacialistas to organize and design the installation. Though it seems chaotic, the work is actually orthogonal – it breaks the waste down into smaller square modules in order to devise the whole. 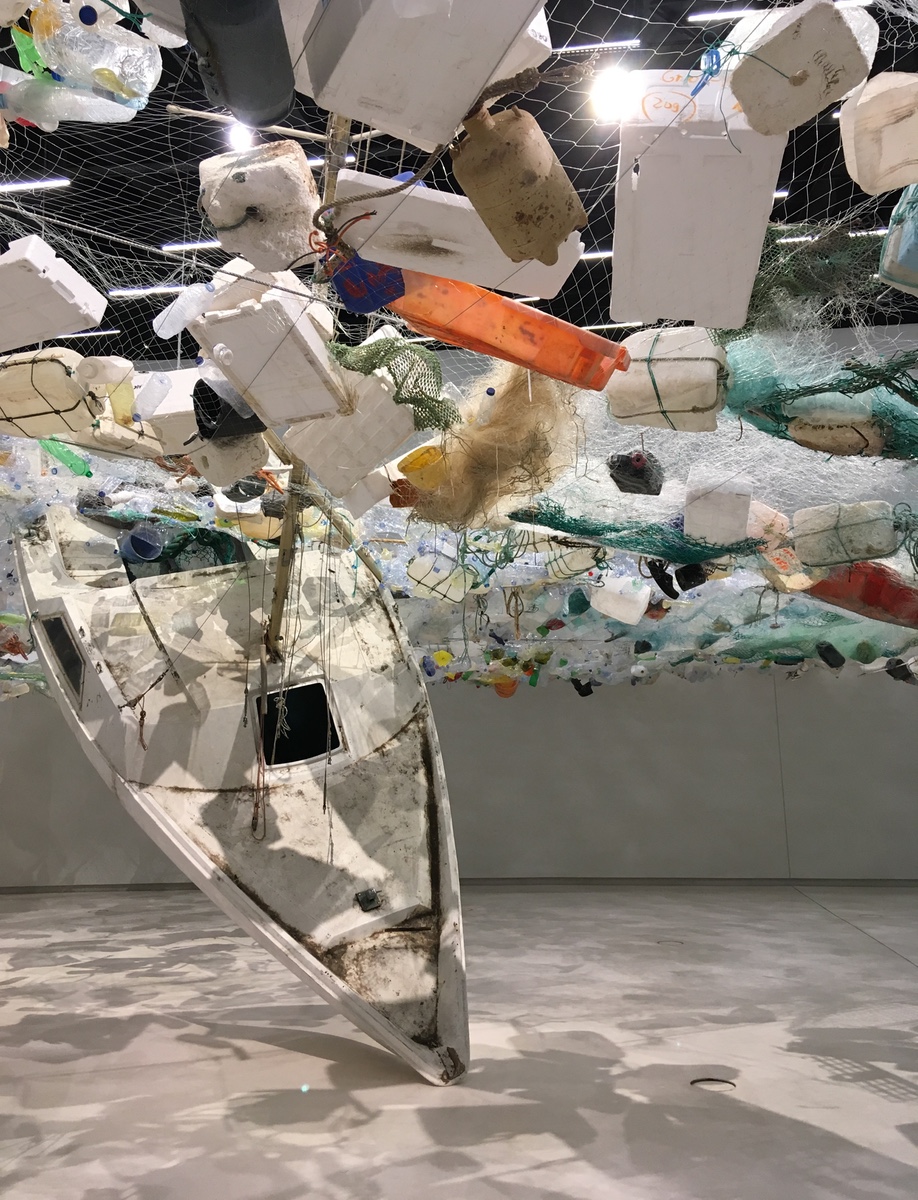 The installation is part of MAAT’s Eco-Visionaries group show, an ongoing artistic analysis of themes related to the Anthropocene era. And the piece recalls the recent documentary Anthropocene: The Human Epoch, by Ed Burtynsky, Jennifer Baichwal and Nick de Pencier. It’s a stark wake-up call and an immersive work of art in one. It also encapsulates the spirit of Kawamata’s work. As MAAT director Pedro Gadanho notes, “At the peak of a 40-year long career, Kawamata pursues some of his favoured themes: the spatial reinvention of debris, the artwork as an outcome of a community effort, and the questioning of how shelter is shaped and conceived.”