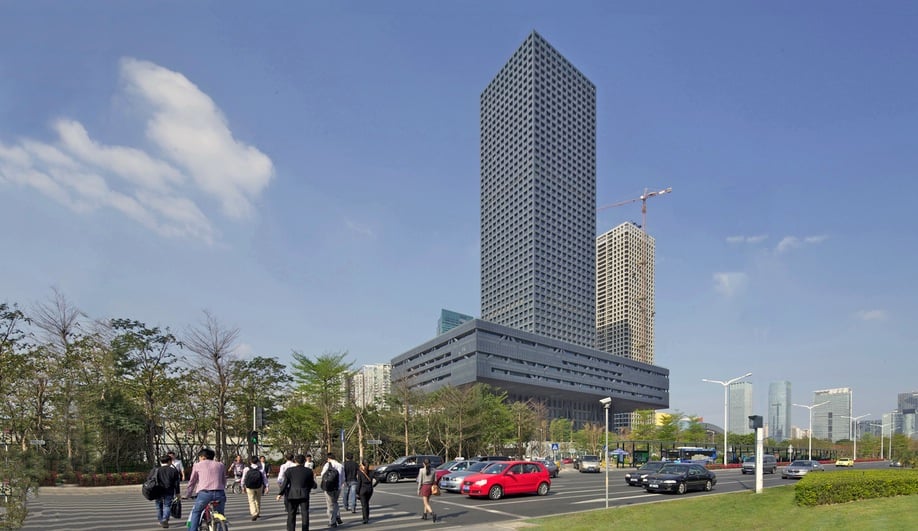 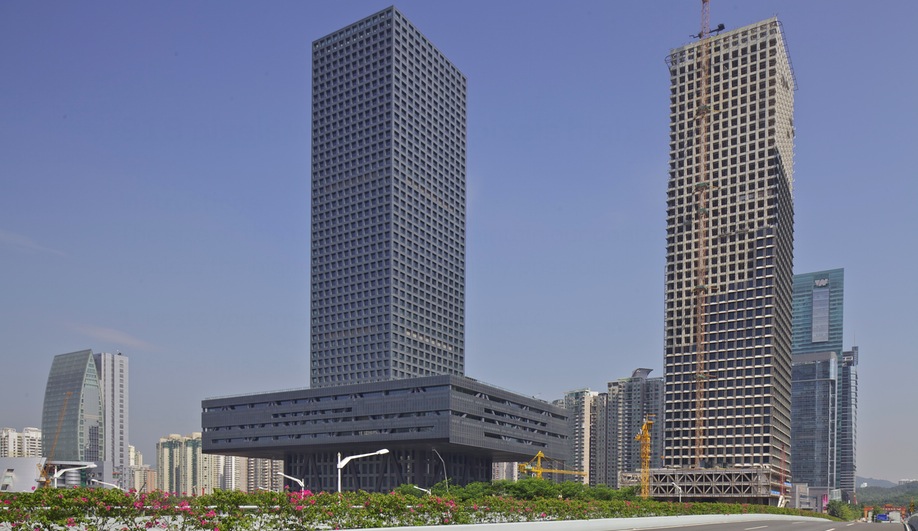 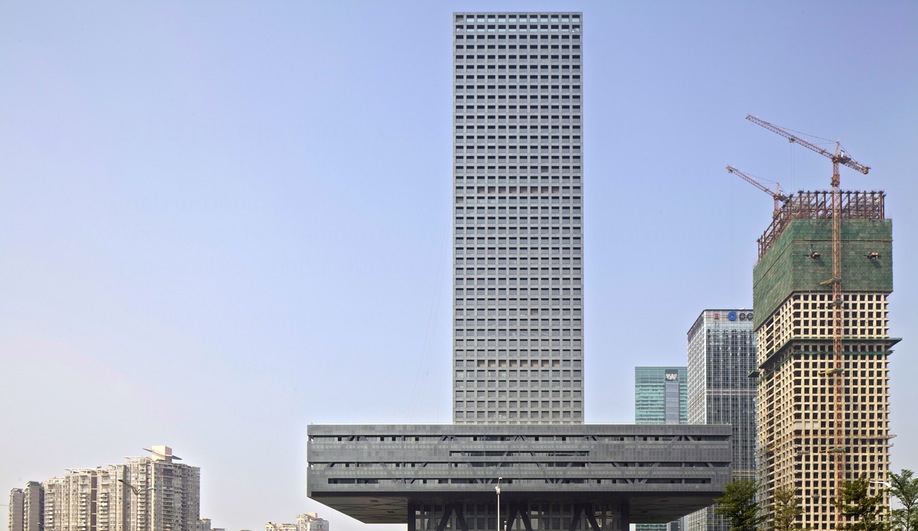 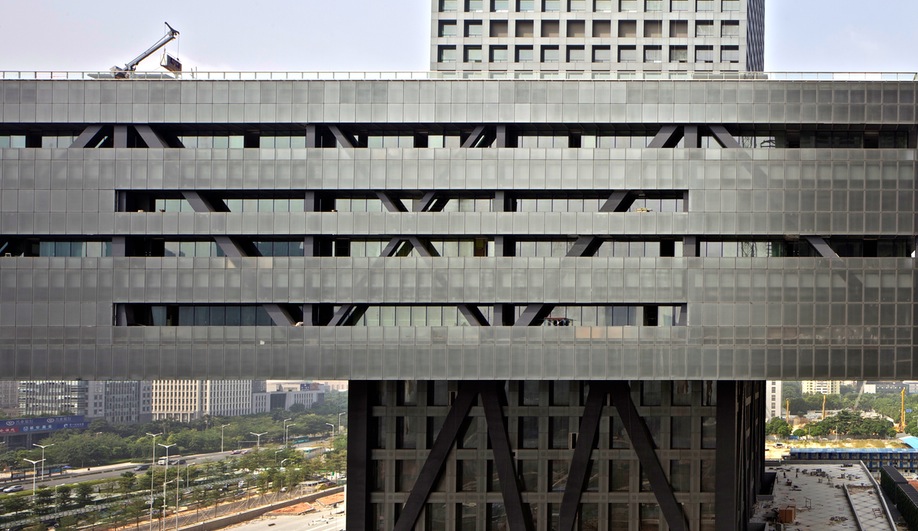 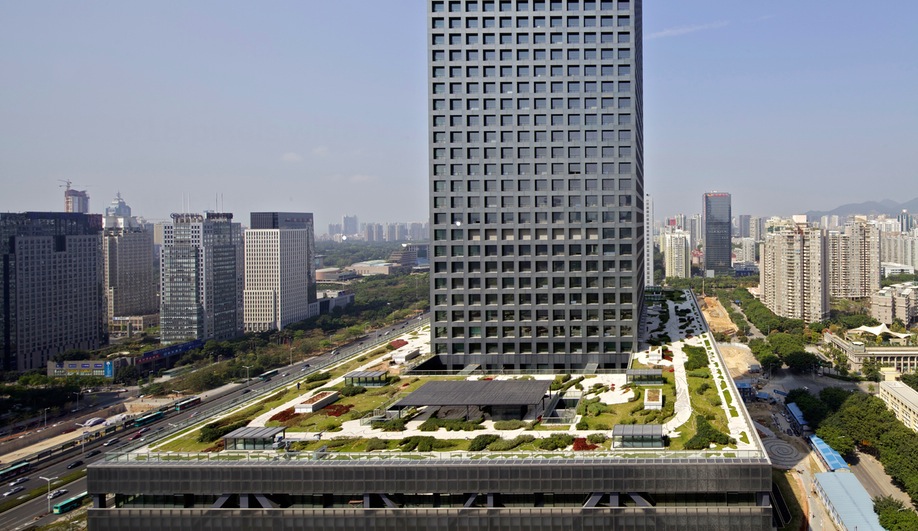 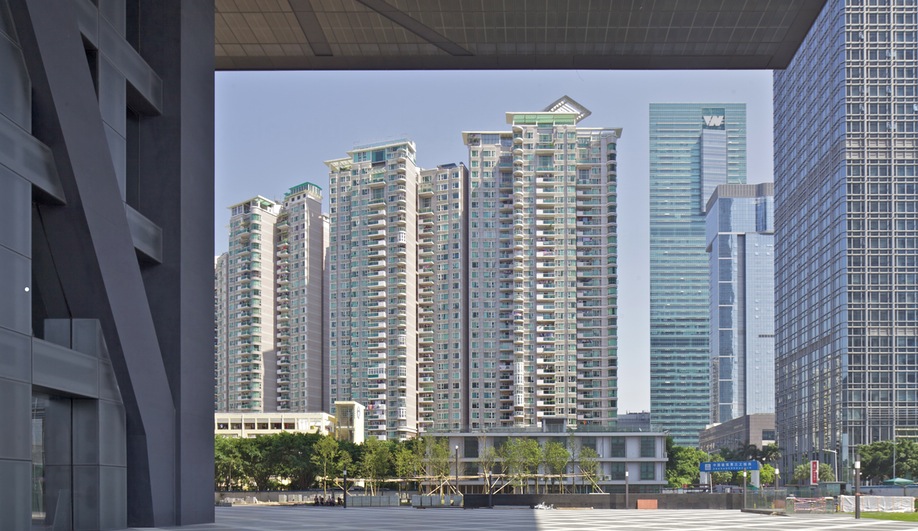 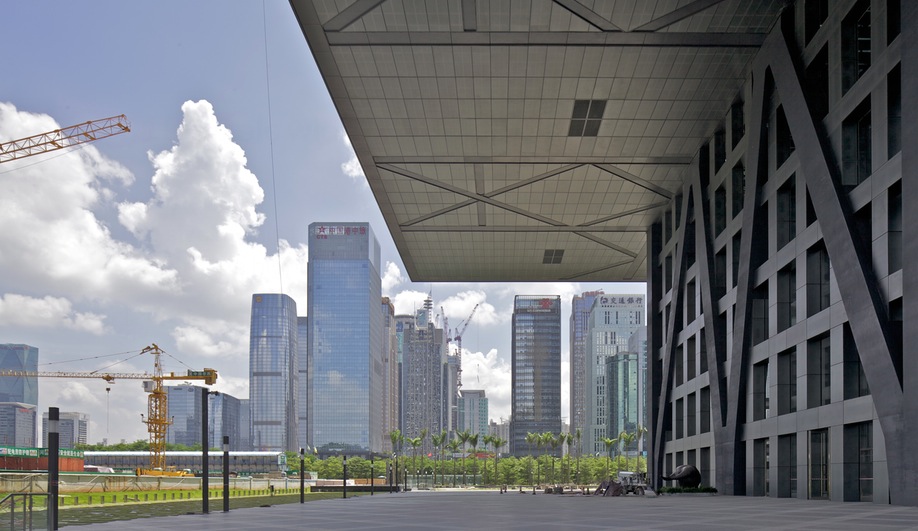 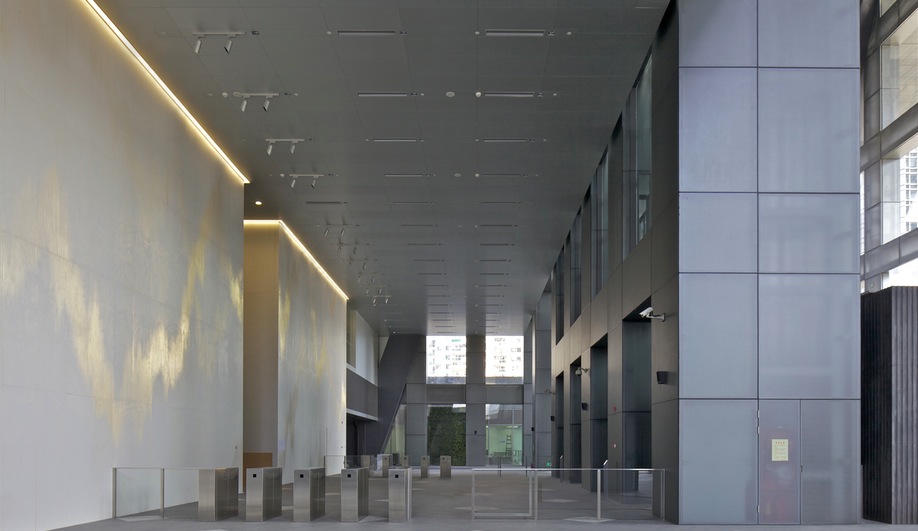 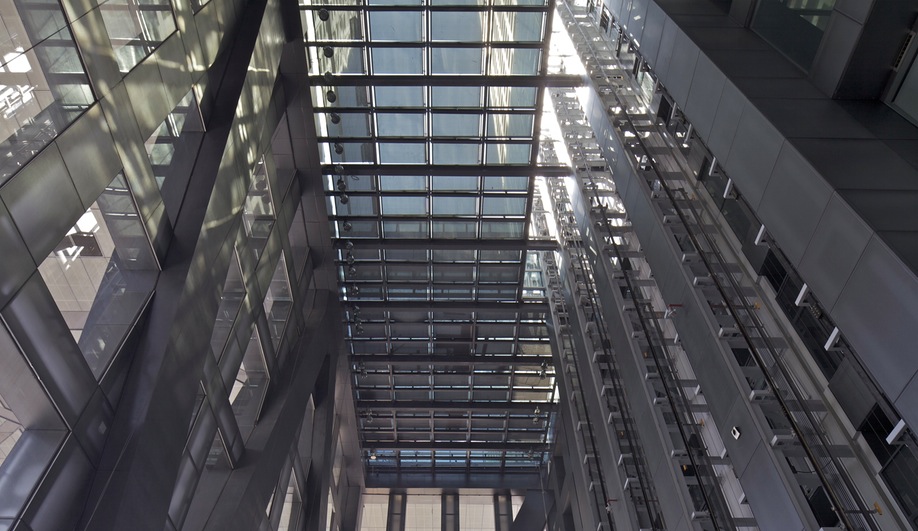 OMA had been working on the Shenzhen Stock Exchange at the same time that it was completing another controversial project: the Beijing headquarters of CCTV, a state-controlled media giant, that locals have nicknamed “giant underpants.”

Unlike the connected twin towers that make up the CCTV building, the stock exchange is characterized by its floating slab – a three-storey podium positioned 36 metres above the ground. Undeniably intriguing, the 46-storey-tall skyscraper in a city that has spent the past few decades transforming itself from a village into a Special Economic Zone has elicited commentary for its form and purpose.

Here’s a snapshot at what people, including Koolhaas himself, are saying about the building, onto which locals have tacked the moniker “the miniskirt”:

Rem Koolhaas
“The Shenzhen Stock Exchange embodies the Pearl River Delta’s phenomenal transformation over the past thirty years. We are greatly excited about the building from an architectural standpoint, but I believe its true significance emerges when viewed in an economic, political, and ultimately social context.”

Wall Street Journal
Noting this is “the world’s first major stock exchange built for the digital era,” the WSJ provides details of the intended work culture of the Shenzhen Stock Exchange.

“Instead of a trading floor to be peopled by scurrying brokers, OMA created a futuristic room where some 30 exchange managers will monitor market activity on multiple screens….In a nod to the southern Chinese custom of a midday nap (trading takes a break from 11:30 a.m. to 1:00 p.m.), OMA designed some manager desks to have a section that transforms into a bed. Senior officials have suites that include a bedroom and showers.”

The Guardian
The British paper has the most to say about the tower’s form, which it describes as a collage of two Mies van der Rohe typologies: the horizontal slab and the vertical shaft. But writer Oliver Wainwright is mostly spooked by the building’s overall Orwellian feel, comparing the same spaces the WSJ seems unperturbed by – the Market Watching Department, filled with computers flagging market irregularities; and the offices that morph into sleeping quarters for execs – to the dystopian society depicted in 1984. His choicest adjectives: “muted grey cadaver”, “eerie, tyrannical, arresting,” and “lobotomised luxury.”

The Architectural Review
Where the Guardian sees Mies, and one of its readers, commenting, sees “something Godzilla would crack his shins on,” the Architectural Review perceives a symbol for capitalism, and growth – and the contradictions inherent in both terms when used to describe China.

“This building is an architectural celebration of the last 30 years of unprecedented growth and 20 years of stock market operation….The liberalisation of state socialism into market capitalism (with Chinese characteristics) finds expression in this edifice: a structure that cannot allow itself to be completely open to scrutiny, but also a building that seeks public endorsement at a time of global opprobrium for the financial sector in which it operates. As the very quintessence of Chinese capitalistic contradictions, it is apparently straightforward and yet deceptively complex.”

The fray
Commenters on various archiblogs are convinced Koolhaas is having the last laugh, either by repudiating other starchitects – and their flashy signature designs – or by creating an architecture that stands in as a critique of China’s political, social and economic policies. Here are a few from Dezeen’s comments section:

“Kinda of Klassik. Seems to remind that a stock exchange market is serious stuff! It has a Soviet reminiscence of a future that never was and a subtle critic to all the Zaha-asters!”

“Great! Dark and romantic at the same time. As strong as the stock exchange business is. Far better than Britney Spears architecture of BIG.”

“A soulless machine aesthetic…well, it certainly does a great job representing its client. Rem is my favourite critic.”