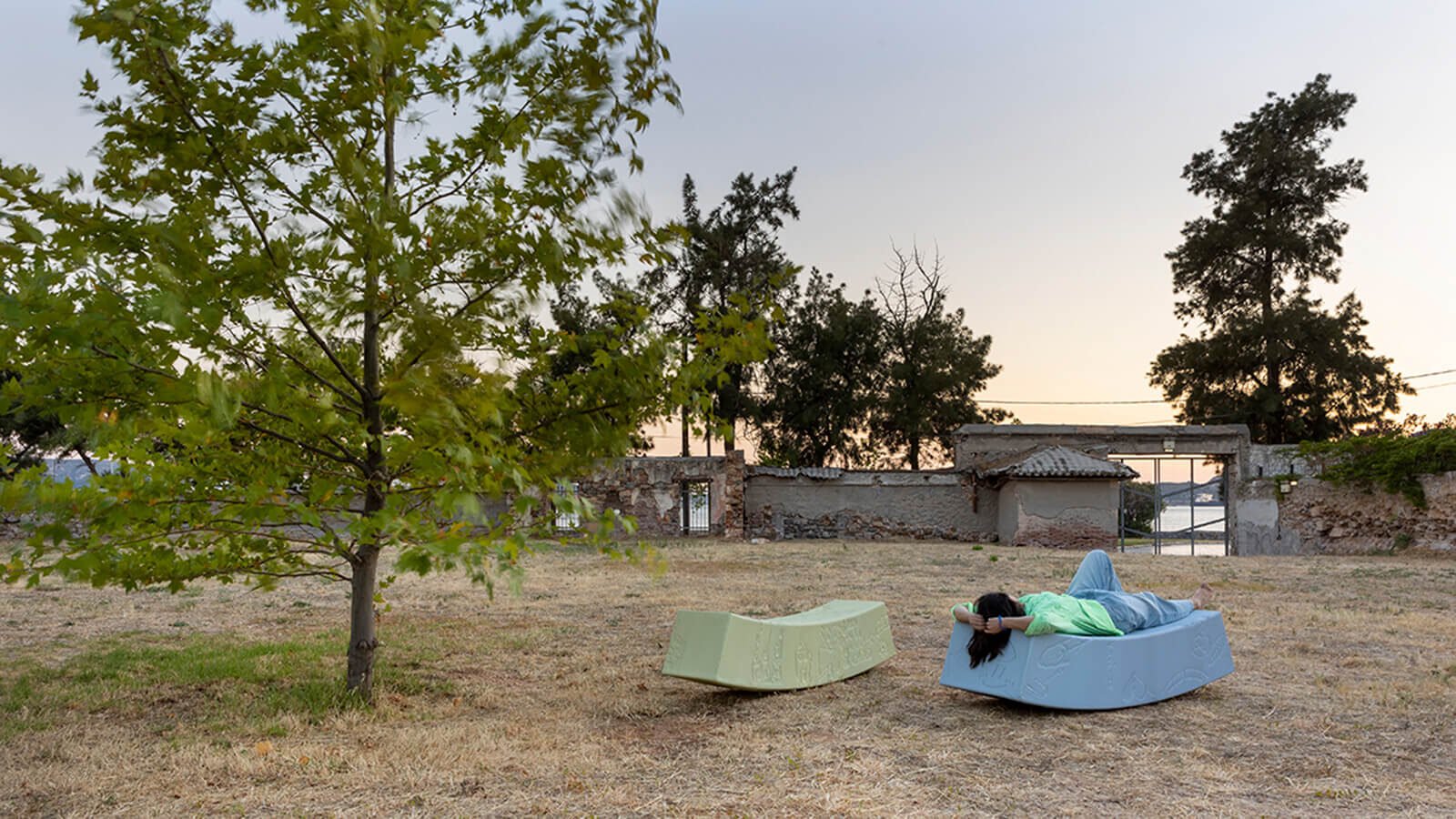 Glyph Enables Children to Become “Authors of Their Own Cities”

The 3D-printed furnishings, made from recycled plastic and co-created with Rotterdam studio The New Raw, bring students’ drawings to life in the public realm.

Even the most seasoned designers struggle to tackle today’s most pressing design imperatives, from placemaking to sustainability. But in the case of Glyph, a collection of 3D-printed play furniture, children had the creativity and capability to address both. The product of an eight-week laboratory focused on the circular economy hosted in Elefsina, Greece, the collection of teeter-totter benches brought together local school children aged five to 14 with Rotterdam studio The New Raw. 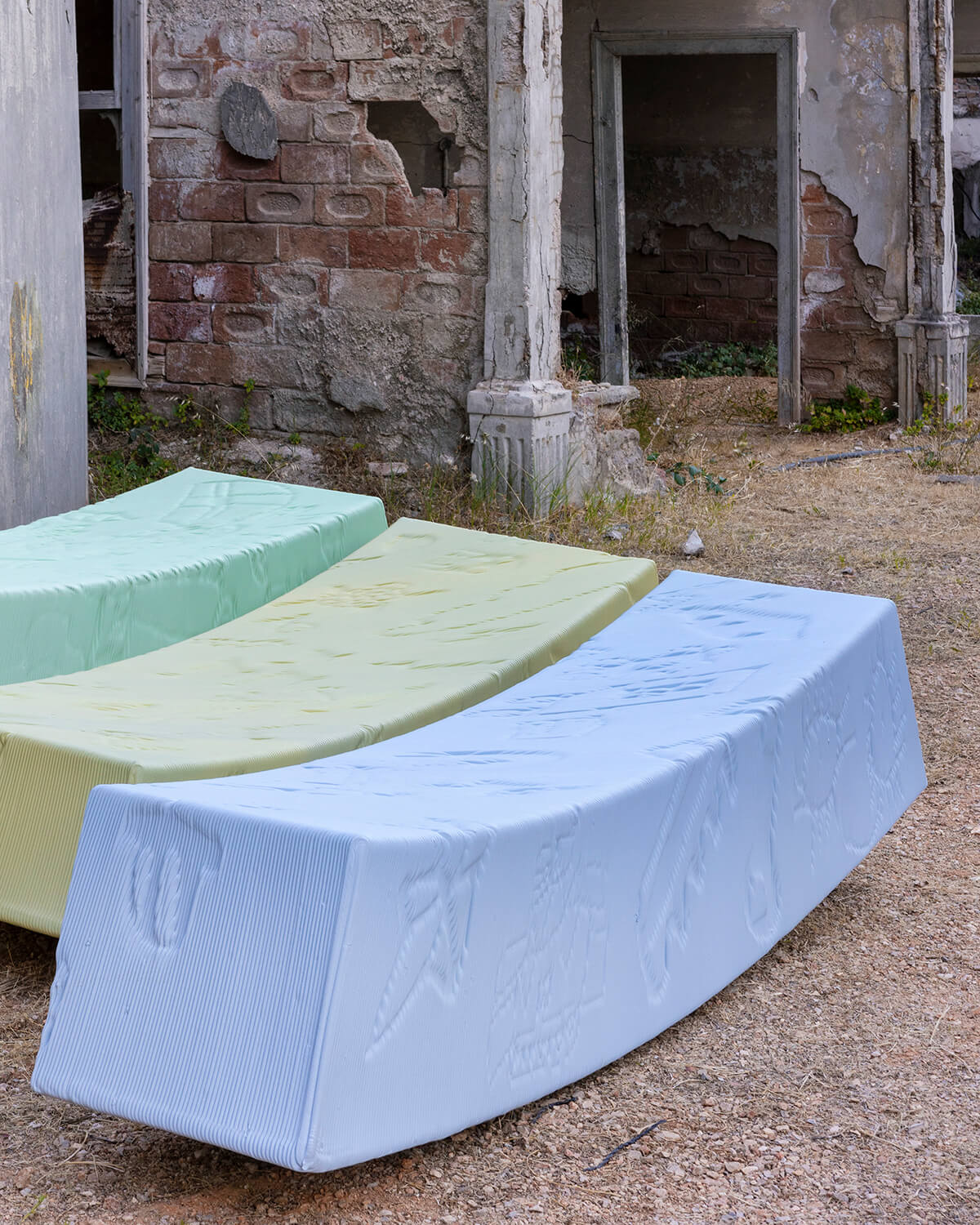 Specialized in digital craft techniques, the research and design firm founded by Panos Sakkas and Foteini Setaki uses 3D robotic printing to turn plastic waste into products that are both sustainable and beautiful. “Plastic packaging has a major design failure. It’s designed to last forever but it’s used only for a few seconds and instantly thrown away,” says Sakkas. “We imagine a future where residents can actually use their plastic waste to build and shape their own cities, and with the use of 3D-printing, be involved and actually participate in the design of their city.” 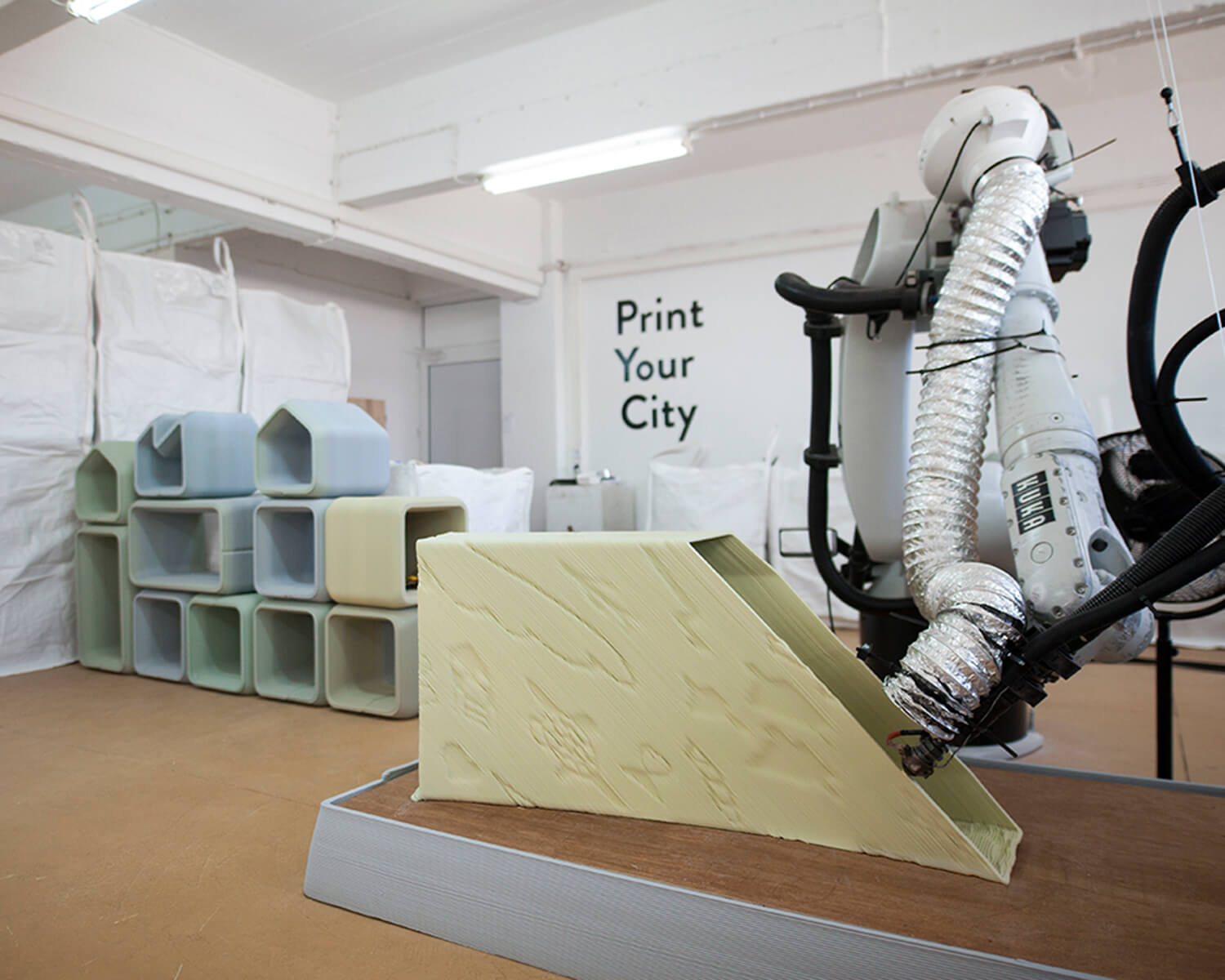 Seeking to close the loop, the duo tested the material process at TU Delft before establishing the Print Your City research initiative in Amsterdam with a proof-of-concept bench made from recycled plastic bags (the equivalent waste produced by 1.5 residents per year). In 2018, two years after launching the initiative, the studio’s pilot project in partnership with Coca-Cola — a series of recycled plastic planters — debuted in Thessaloniki. Glyph marks the third major project under the Print Your City banner. 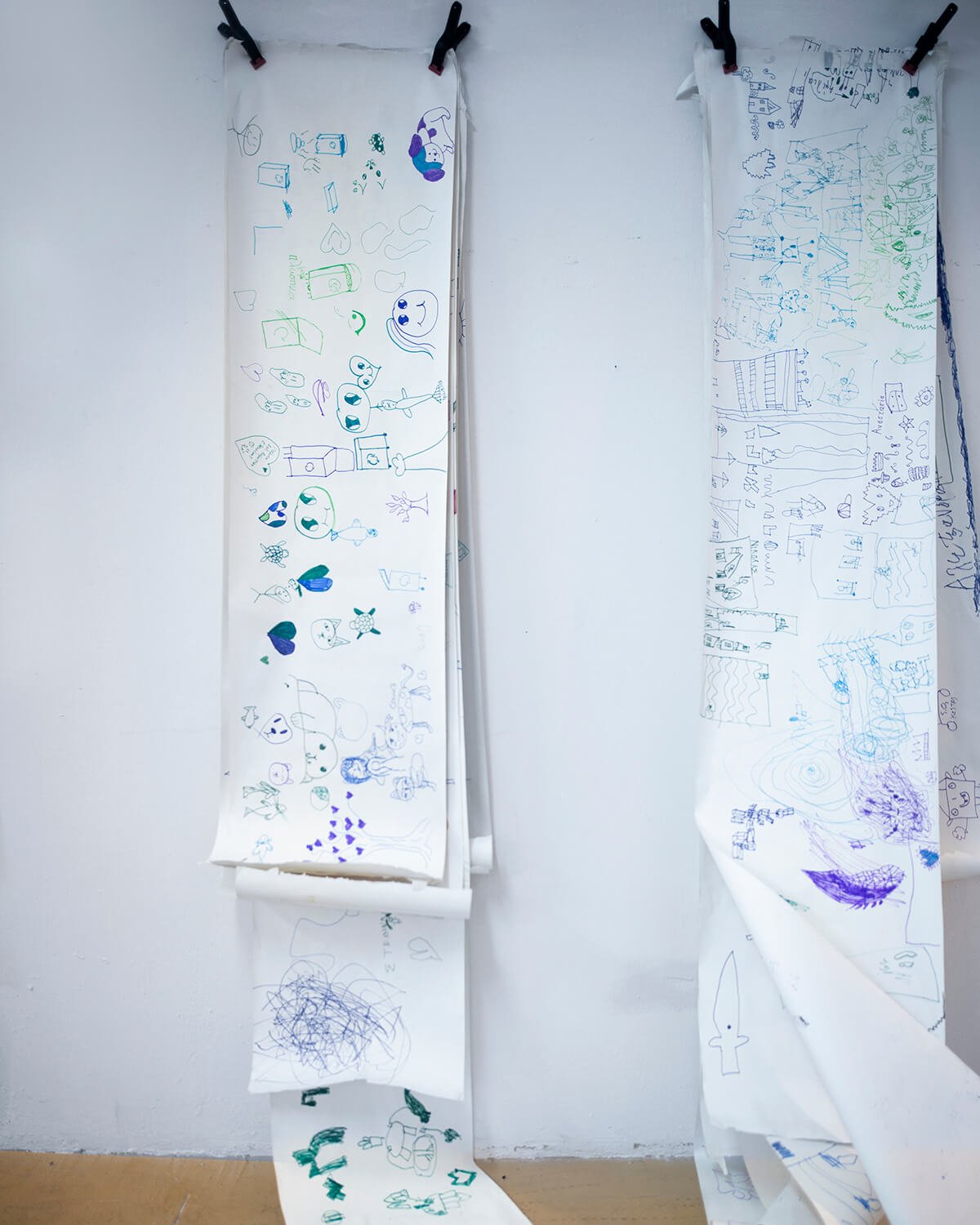 With the goal to redesign and locally build urban spaces, over 700 local students took part in an educational tour exploring ways to recycle plastic waste before jumping into the design process with The New Raw. The children prepared drawings which were then scanned, digitally processed and engraved on the pieces of furniture. 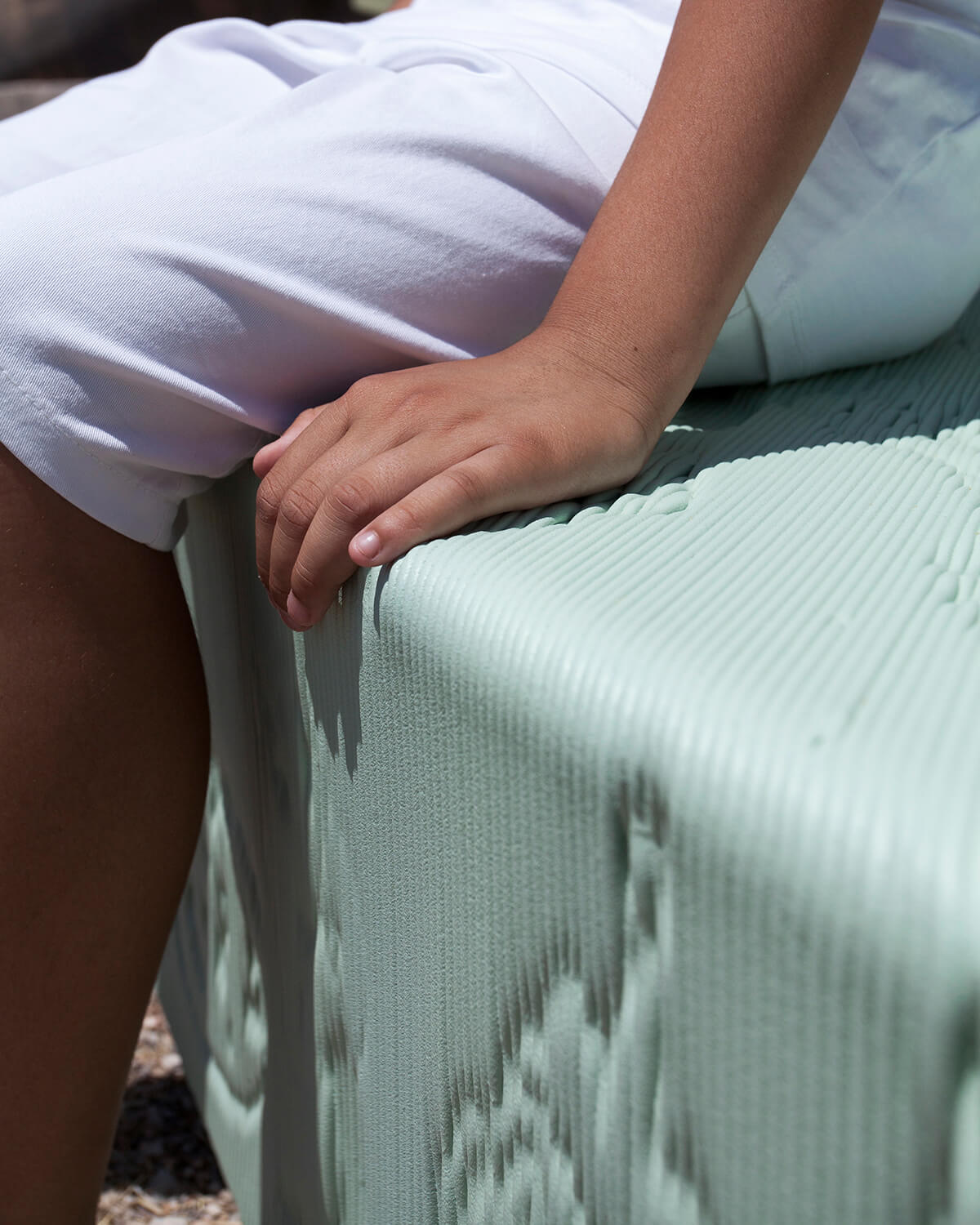 Each piece features different etchings from the laboratory, making them uniquely one-of-a-kind. The collection’s name, derived from the Greek word γλυφή, means carving and nods to the ornamental engravings that adorn ancient temples. The benches’ forms, too, pay homage to the archetypical shape of building blocks found in the city’s ancient ruins, while their gentle curves also allow the furnishings to rock back and forth to animate public spaces. 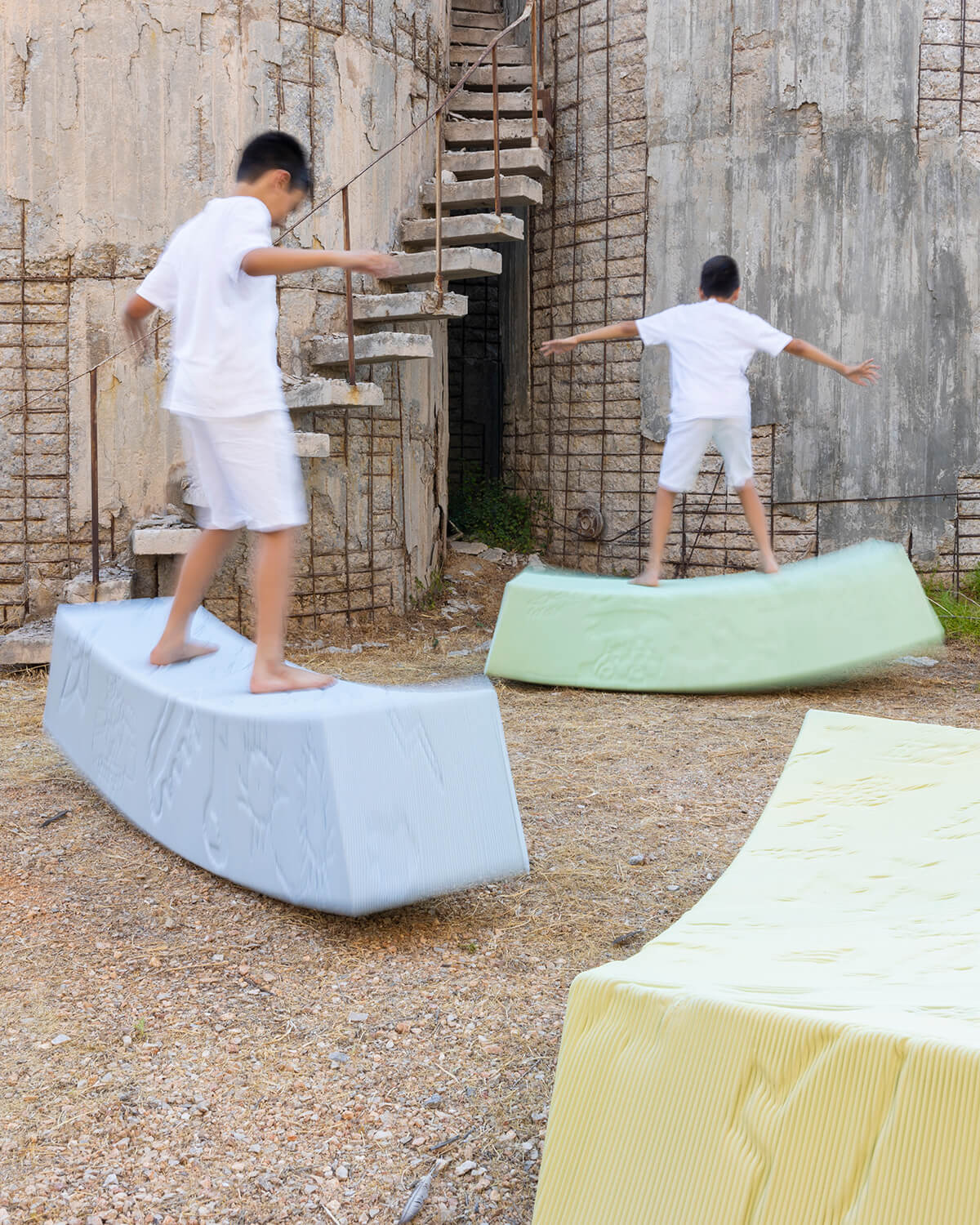 The team used primarily rPP and rPE plastics (which are most common in bottle caps), sorting, washing, shredding and melting the waste before extruding it with colour pigments to create the final product: Eight self-standing swinging benches that repurpose 240 kilograms of recycled material in total. The collection was produced in three sizes and pastel hues: wheat yellow, mint green and water blue. 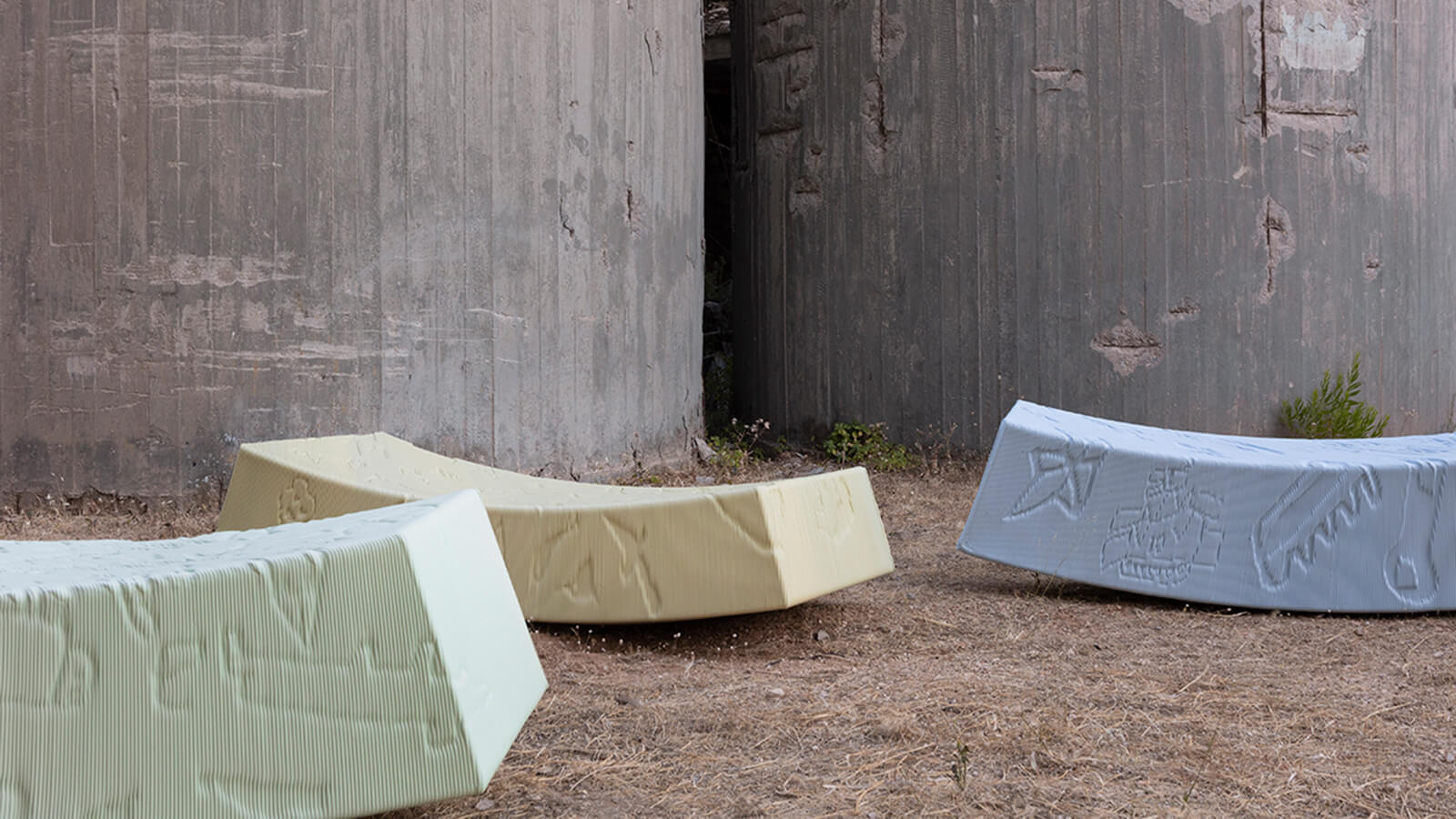 Both lightweight and portable, the hollow plastic forms can be used independently or in groupings to create a “colourful and unexpected open playground.”  The versatile pieces were designed specifically to activate the empty lots of industrial Elefsina — they will be installed in various locations throughout the city as part of the European Capital of Culture — but they are equally well-suited to any environment that lacks a vibrant public space. “Designed to inspire spontaneous behaviour, Glyph encourages playfulness and increases the bonds between users of all age groups through involvement, inclusion and interaction,” Sakkas and Setaki explain. 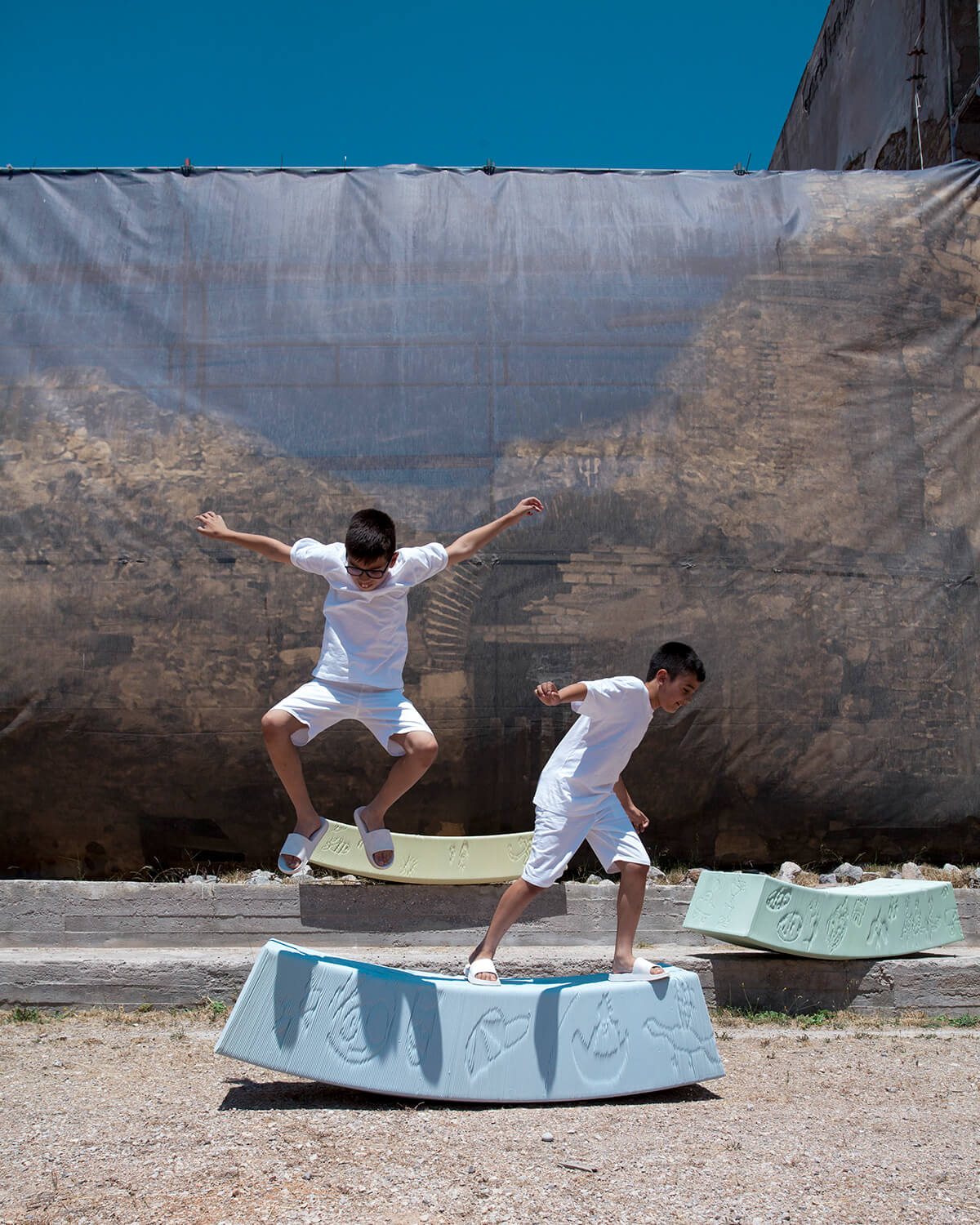 After their public exhibition, the furnishings will be donated back to the schools whose students co-designed them — in true circular fashion.

The 3D-printed furnishings, made from recycled plastic and co-created with Rotterdam studio The New Raw, bring students’ drawings to life in the public realm.