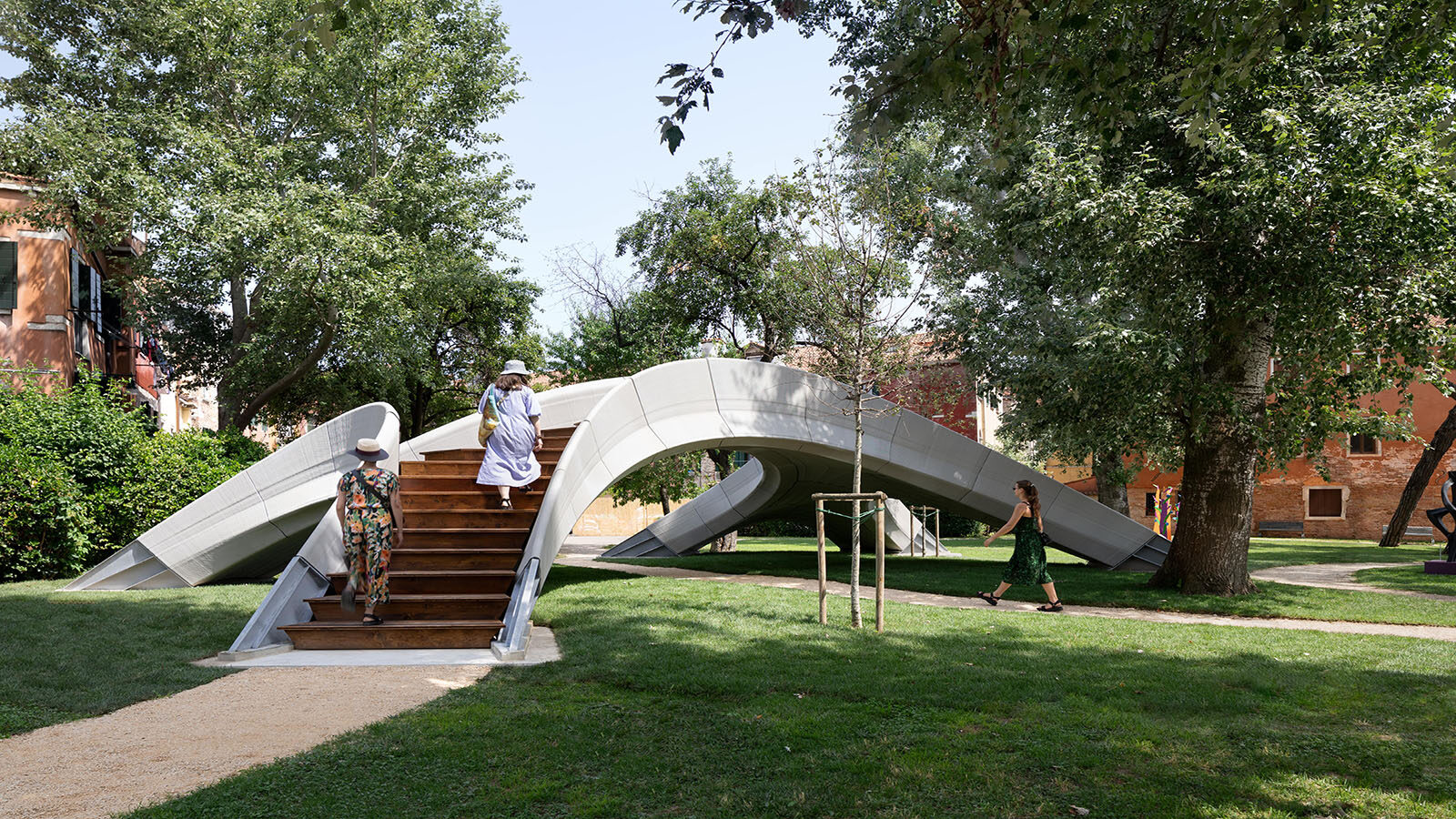 The Striatus Bridge is the first 3D printed bridge assembled entirely of concrete blocks — no mortar or steel reinforcement required.

Last week, the world’s first 3D printed steel bridge made its debut on the Oudezijds Achterburgwal canal in Amsterdam. Only a few hundred kilometres away, a bridge by another name (and another material) had already been constructed — Striatus, the world’s first concrete 3D printed bridge, erected as part of this year’s Venice Biennale. 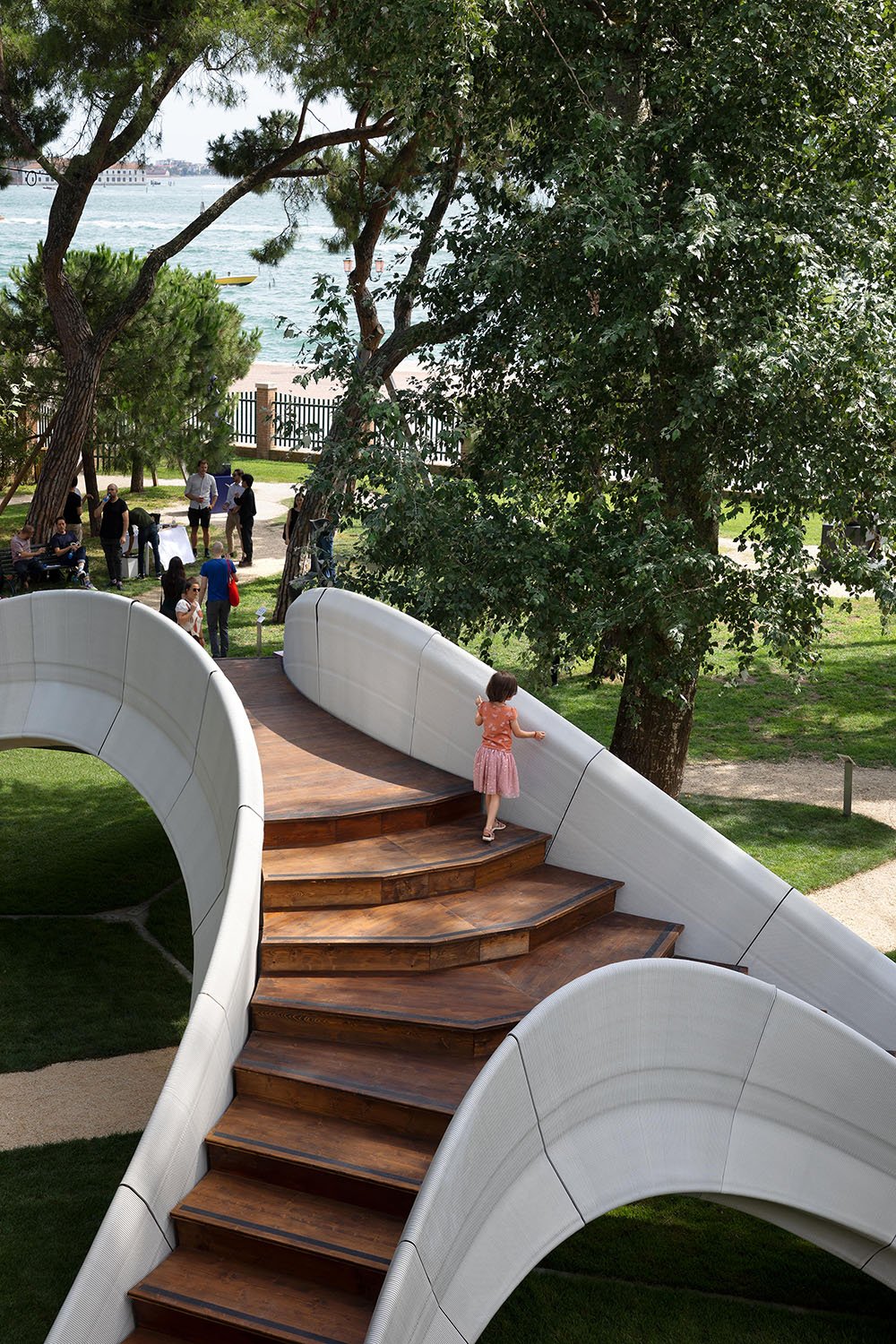 The current trend in 3D printing large-scale structures isn’t new — but it’s picking up steam. Recently, a prototype 3D house, made entirely of clay, was designed by Mario Cucinella and built in Italy by WASP. The Striatus bridge is a similar innovation — and the mark of a significant advancement in 3D printing technology. 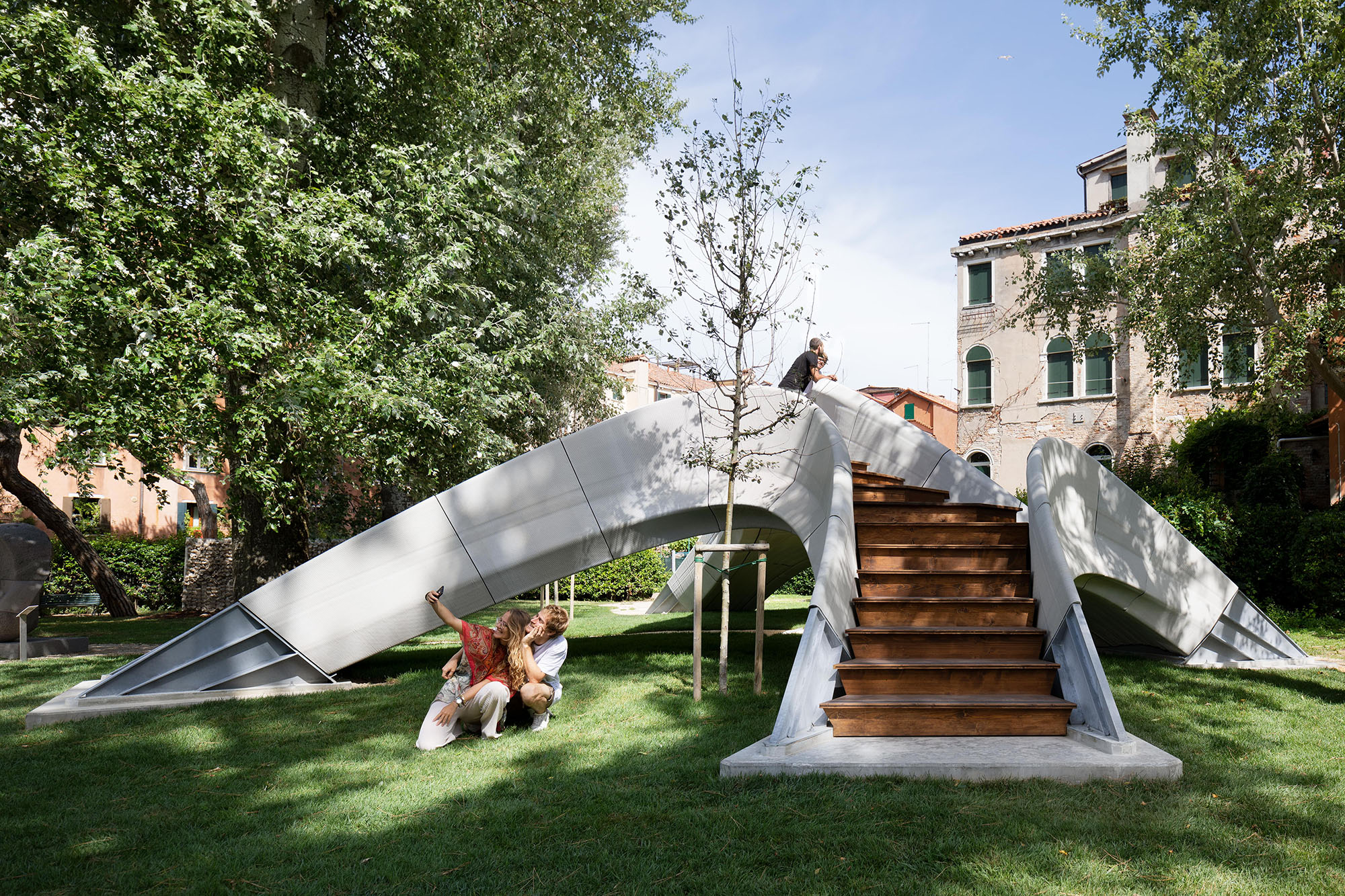 A project by the Block Research Group at ETH Zurich and Zaha Hadid Architects, in collaboration with incremental3D, Striatus’ construction makes use of a new type of material — engineered by Holcim — called “concrete ink,” as well as a corresponding printing head and pumping arrangement to precisely print layers via a robotic arm. 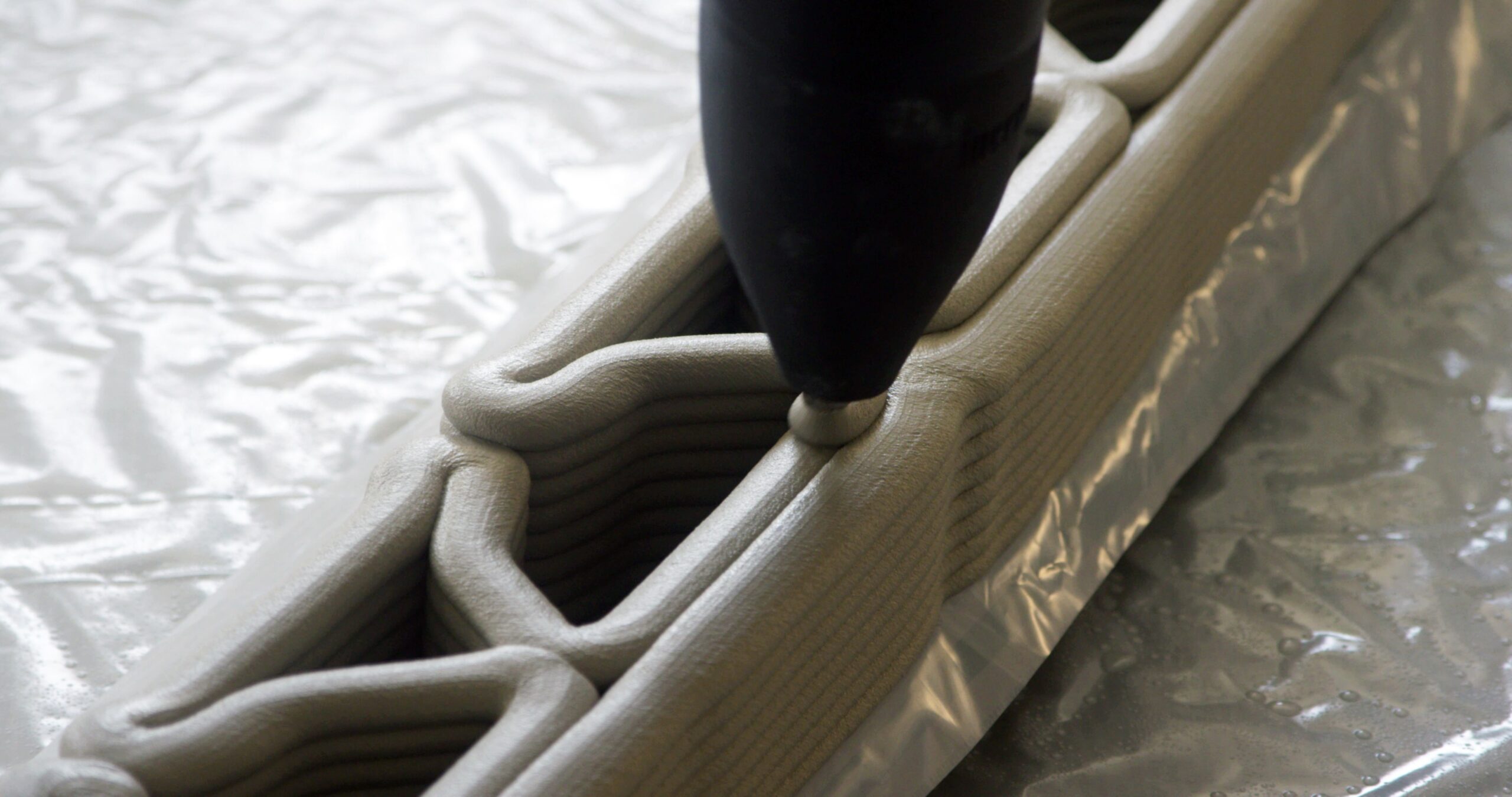 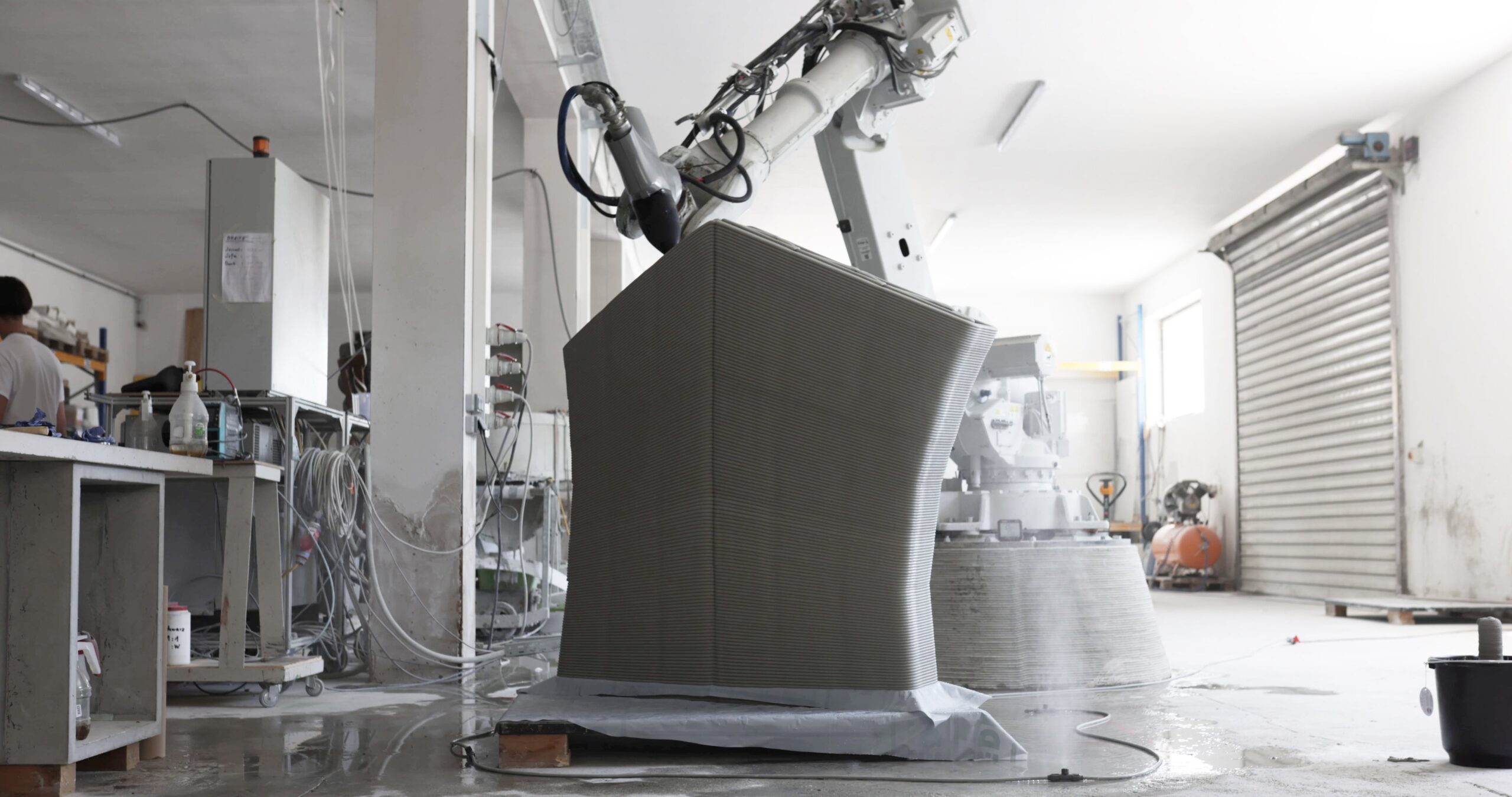 A complex geometrical arrangement allows the bridge to stand on its own. Precisely printed in layers orthogonal to the main form, the concrete creates a compression-only structure, which can be dry-assembled without any binder or glue. Neoprene pads placed between the dry-assembled blocks control the friction between modules, replacing the soft mortar in traditional masonry construction. 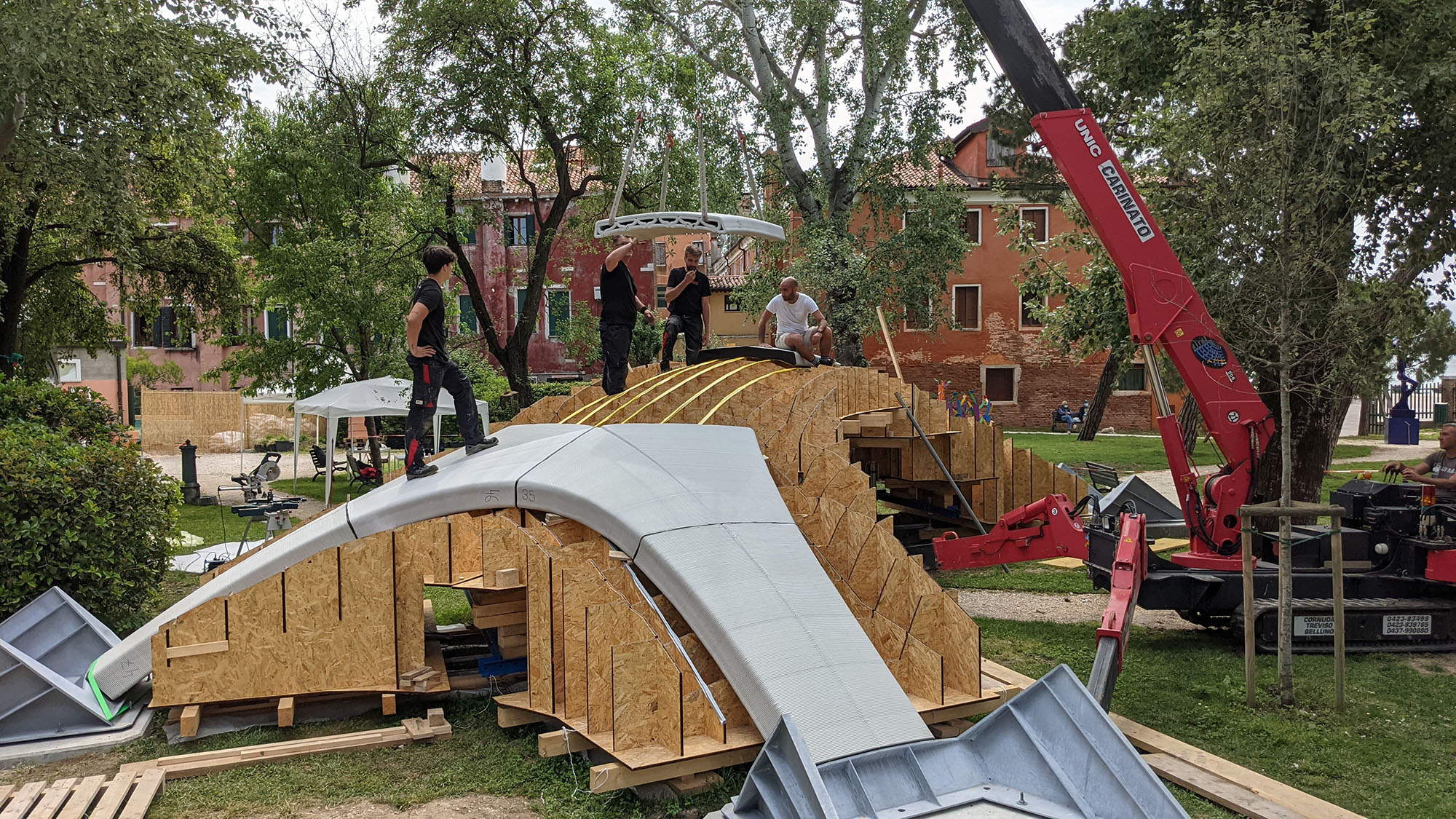 Because the bridge can be assembled in blocks (53 of them, to be exact), it can also be deconstructed and rebuilt in other locations. This ecologically minded construction method allows the manufacturers to work without steel reinforcements or extra cement — both of which are notoriously carbon-intensive materials. 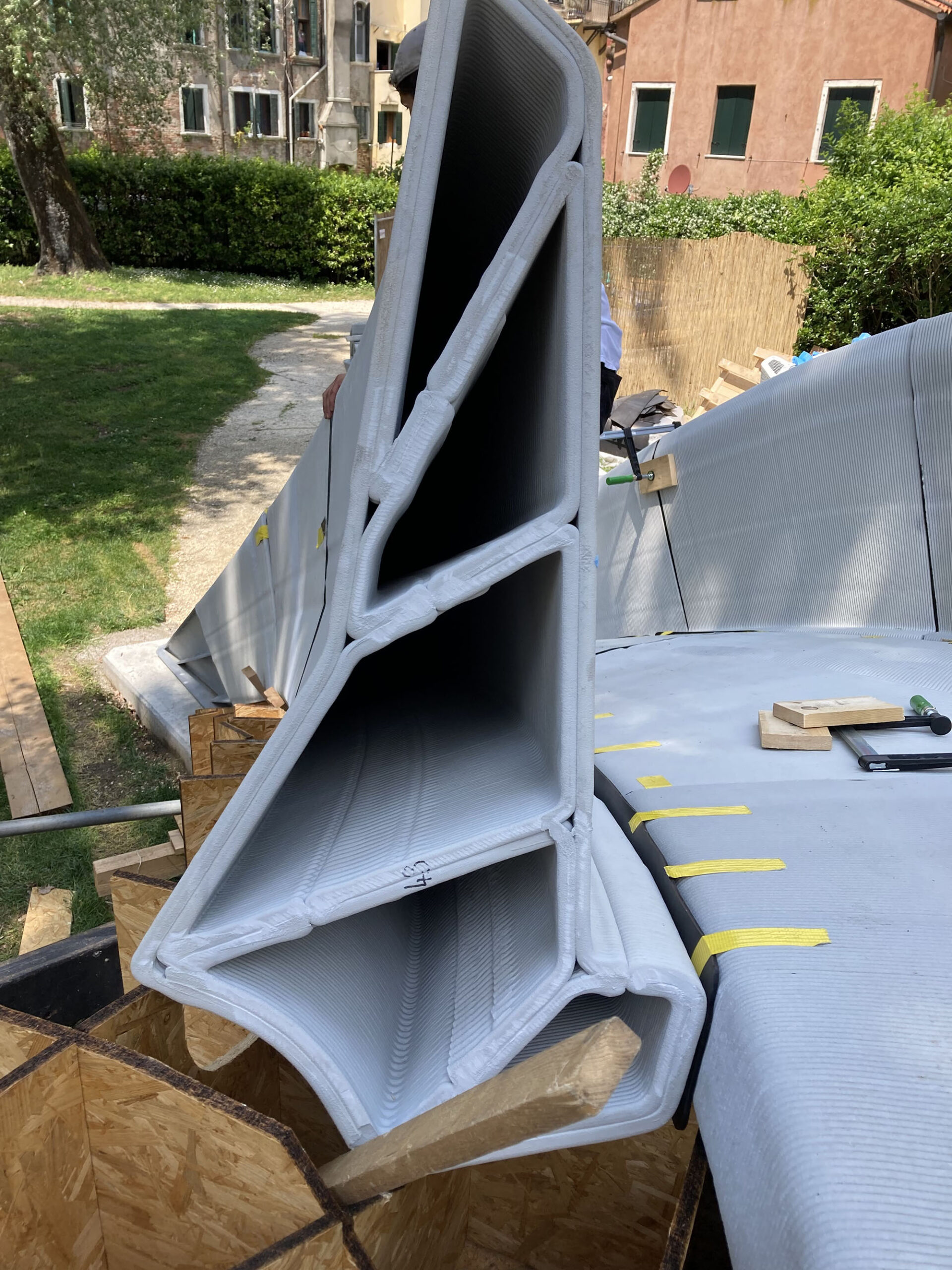 The ecological principles demonstrated by Striatus may have the potential to effectively disrupt the construction industry’s reliance on mortar — significantly reducing the overall amount of cement waste (the source of over 8 per cent of carbon emissions worldwide). 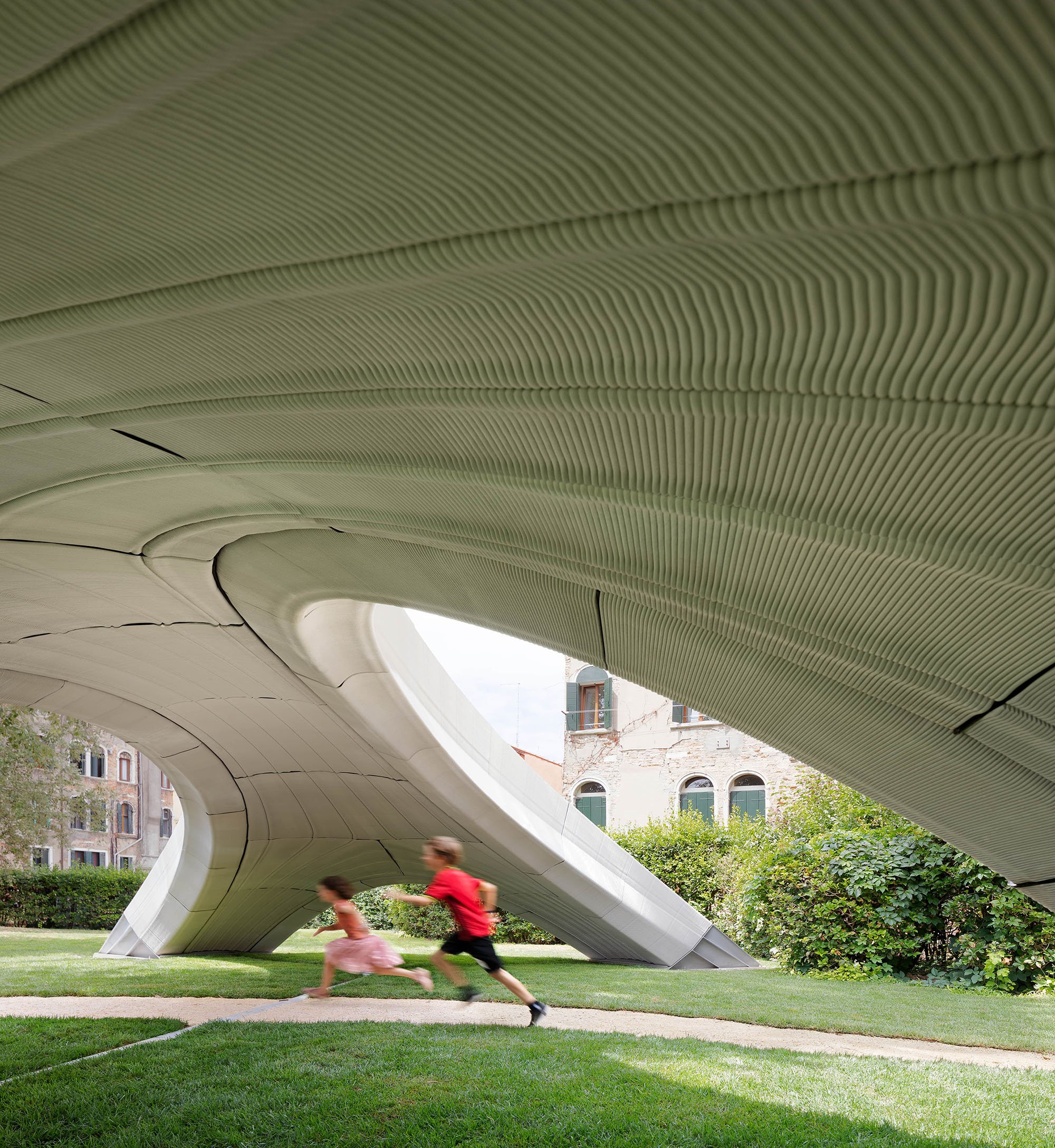 Striatus will be exhibited at the Giardini della Marinaressa at the Venice Biennale until November 2021. After that, there’s no telling where it’ll go — or whether it will simply be broken down and recycled, as it was meant to do.

The Striatus Bridge is the first 3D printed bridge assembled entirely of concrete blocks — no mortar or steel reinforcement required.