The Wisdom of Karim Rashid
On June 20, Azure will announce the winners of the fourth annual AZ Awards in Toronto, and the event's guest of honour will be Karim Rashid, a prolific designer and gifted pundit on all things design. Here are our favourite bon mots from the "king of plastic and magician of materials." 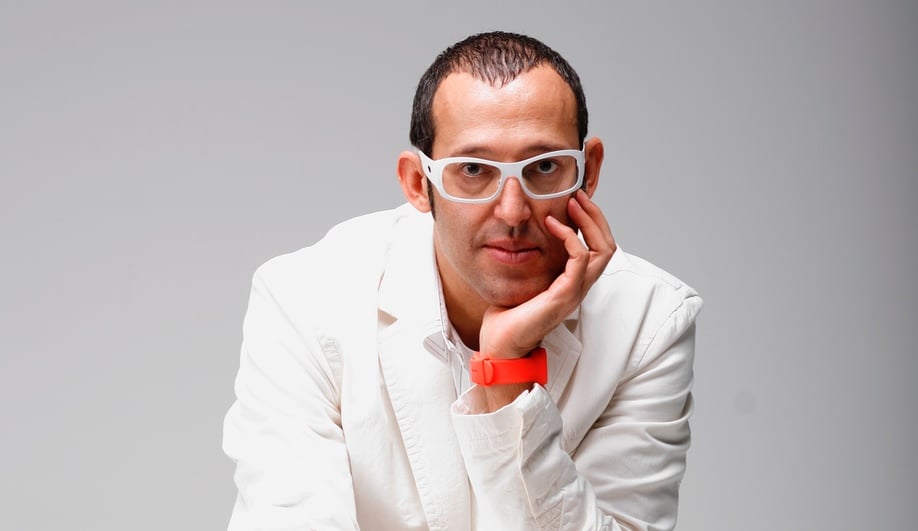 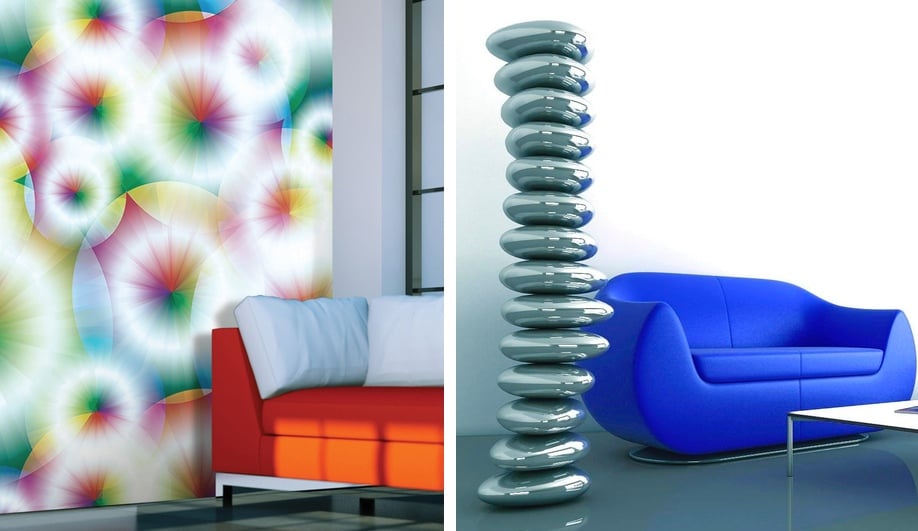 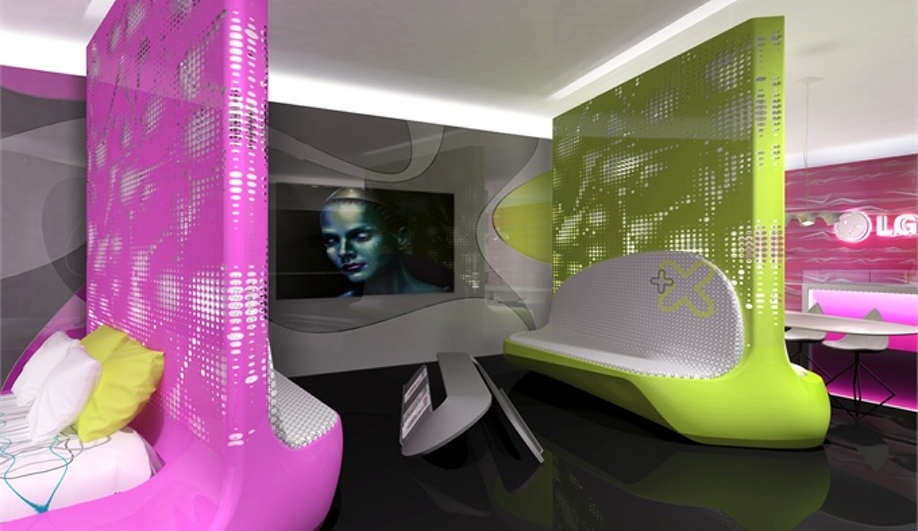 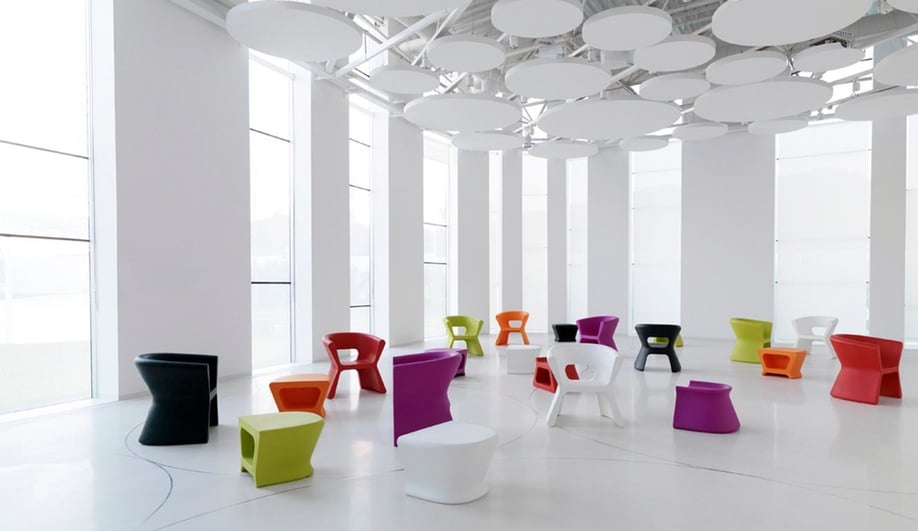 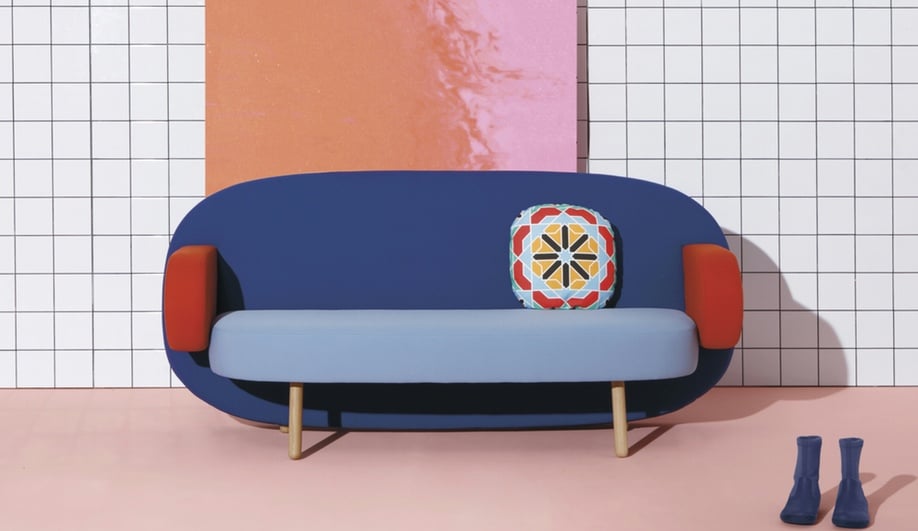 Karim Rashid is as well known for his all-pink suits as he is for his tireless output of products and futuristic interiors soaked in vivid, cartoon-like colours. But another aspect of his bigger-than-life persona (besides being an electro-pop DJ on occasion) is his gift for crystalizing his thoughts in quotable soundbites. Over the years he has voiced his opinion on topics as far ranging as dreaming of a day when humans become 50 per cent synthetic to the outdated decor of the White House.

Azure is excited to have Rashid as our guest of honour at the fourth annual AZ Awards gala, taking place on June 20th, at Toronto’s Evergreen Brickworks. Here is our round-up of some of Rashid’s best bon mots of all time.

On personal style
I’m only interested in completely contemporary living.  For example, I only wear microfibers, its all grey, silver, and white stuff.  It’s smart, it’s clothing that has to do with the time we’re living in, not trying to be something we’re not…. I avoid wearing black. I hate black. (Source: Designboom)

On online shopping
In the stores I can rarely find what I’m looking for. On the other hand if I Google “pink Adidas trainers” I’ll find a pair – exactly the right one. I get them delivered to my door, and if they don’t fit I close the cardboard box and send them back. (Source: Bespoke magazine)

On being successful
Before I opened my practice in New York, design was almost a non-subject. I’ve made it a popular subject. I’ve gone through every shopping mall in America and I’ve spoken to everybody. And I’ve produced a lot of things that are incredibly successful. So I have changed America to a certain extent….

On modesty
If I was Eminem and I said, “I want to change the world,” then nobody would have a problem, but, in actual fact, the artist’s agenda is to change the world. A lot of the products I’ve designed have sold in millions, meaning that people like my work. So I don’t really need to be judged by the design community. (Source: The Guardian)

On why we are addicted to consuming
We surround ourselves with effigies, objects, products, to find meaning in our existence, and to create a sense of memory, of presence, and of belonging. But we also consume to occupy time and to fulfill some strange need of reward and ego….Objects can have phenomenal relationship with our daily lives and us and at the same time objects can be perpetual obstacles in our life, complicating them, and creating stress. (Source: Treehugger)

On being serious about funny
My only worry is that a lot of designs are humorous and that’s it. There is a fine line in doing work that is just witty and work that brings something to one’s life with a bit of humour. Design has spent 150 years on fighting kitsch. Really you should ask Philippe Starck! He’s the one who designs gnomes. (Source: Dwell)

On where the president should be living
The White House is the most arcane, backward place, and it should be plowed down and rebuilt. The interior design of it is from a century and a half ago. If I am the president and I deal with the latest technology and communications…the interior of my house should reflect and speak about the time in which we live. The interiors should be contemporary. (Source: Washington Post)

On why we should get rid of old stuff
[Old radiators] are atrocious. Those things are over. A radiator like that is like saying, “I’m gonna go buy a horse and buggy instead of a car.” Design is about innovation, it’s about technology, it’s about changing behaviour and social life, developing new ideas of beauty, new aesthetics. I can completely understand and appreciate historic objects, but I’m here to help us evolve. (Source: New York Times)

On why the digital era is so damn amazing
I was giving a lecture in Korea, and on stage it occurred to me: What I don’t like about the past and what I love about the present is that one-hundred-thousand years of human existence were analog. Thirty years have been digital. We are pioneers. We think we’ve done everything already – but it’s just the beginning. (Source: Interior Design)

On being synthetic
I have no fear, I love evolution, I’m looking forward to the day when  we’re 50 per cent synthetic and artificial, there’s something obsessive,  sort of like science fiction. (Source: Designboom)

I fell in love one too many times / I designed one too many things / I cried more than one could imagine / Dreaming, yearning for some Nutopia (Source: Change the World, Rashid’s electro-pop album)

The fourth annual AZ Award gala is being held on June 20 at the Evergreen Brickworks in Toronto. Tickets and more details are available here.