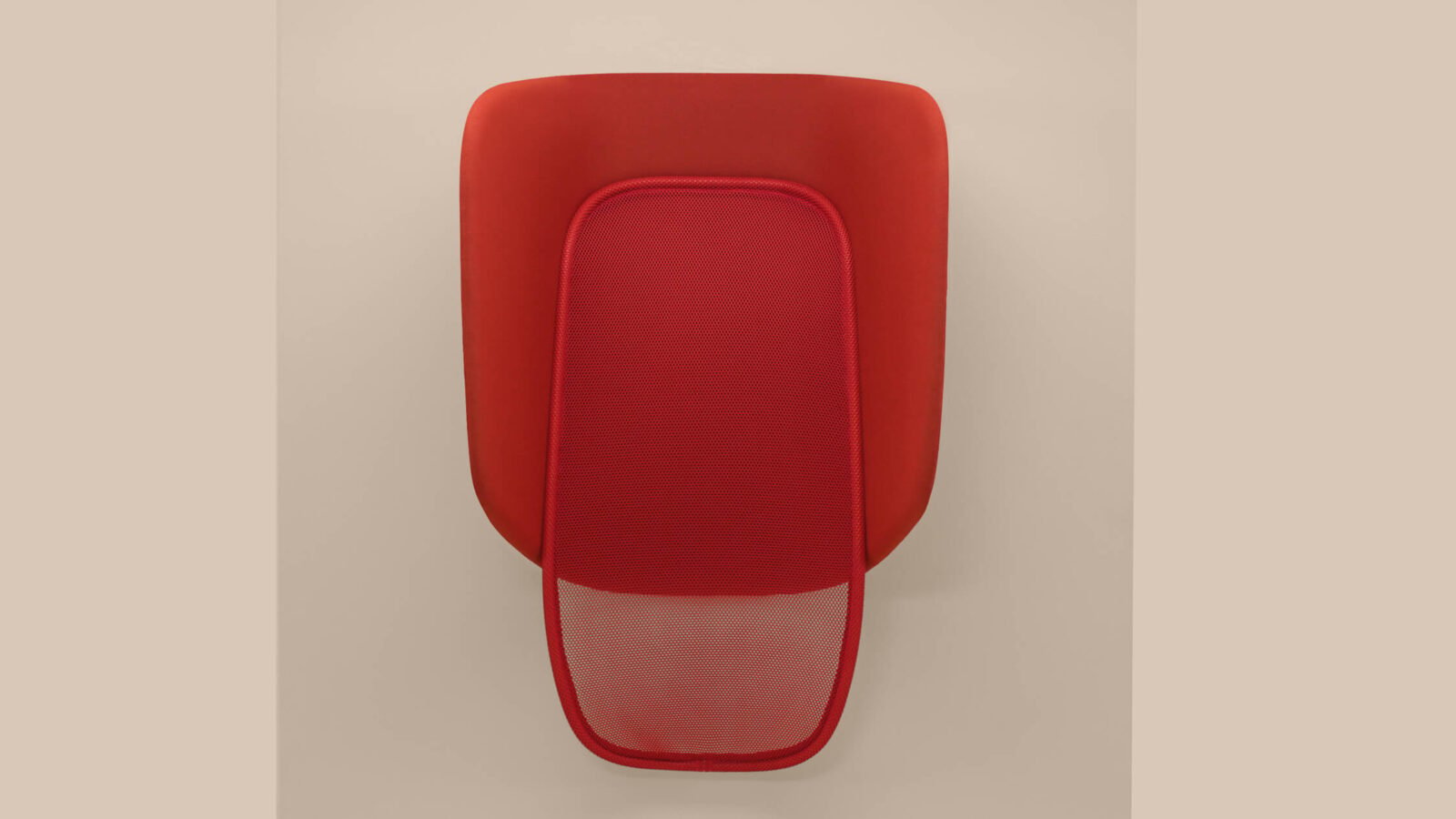 This Furniture Line Elevates Design into an Artform

“Design is not art but it can be artistic.“ Or so says Spanish manufacturer Sancal of their latest release: the Museo Collection. As a “nod to the world of art,” the almost 50-year-old company enlisted a diverse cohort of creatives to devise new product lines “as if they were museum pieces.”

For the series, Spanish studio PerezOchando, Brussels-based Sylvain Willenz, Paris’ Antoine Lesur and Marc Venot and Valencia’s MUT Design joined Sancal’s own design team to offer five unique pieces that feel as at home in the sculpture-studded halls of any temple of art as in your living room. 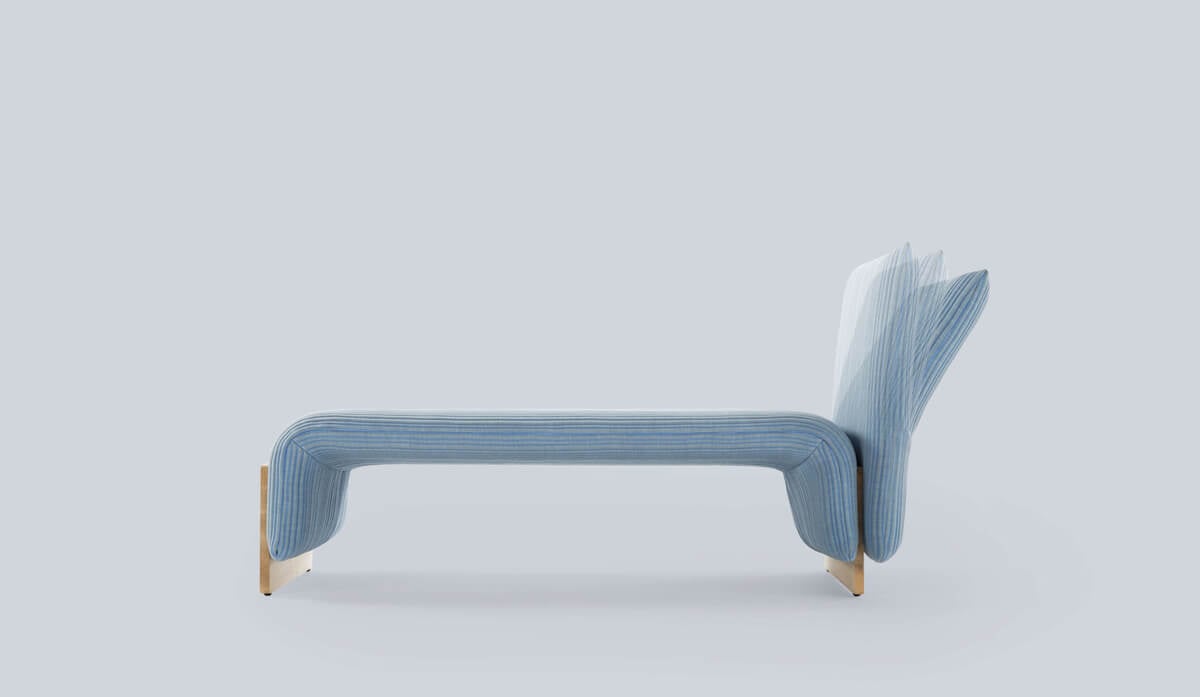 Diwan — Claudia Perez and Pedro Ochando’s striking new design — is a range of loungers inspired by the Arabian heritage of their hometown of Valencia. Consisting of a daybed, armchair, small divan and bench formations, the series elegantly updates its historic muse with a refined, gestural seat and adjustable back, a nod to the soft edges found throughout PerezOchando’s portfolio.

Available in a range of finishes, a wooden plane functions as both the unit’s legs as well as graphic division between the curving forms. A cylindrical accent pillow adds a charming touch that gives the contemporary object the distinct weight of the past. 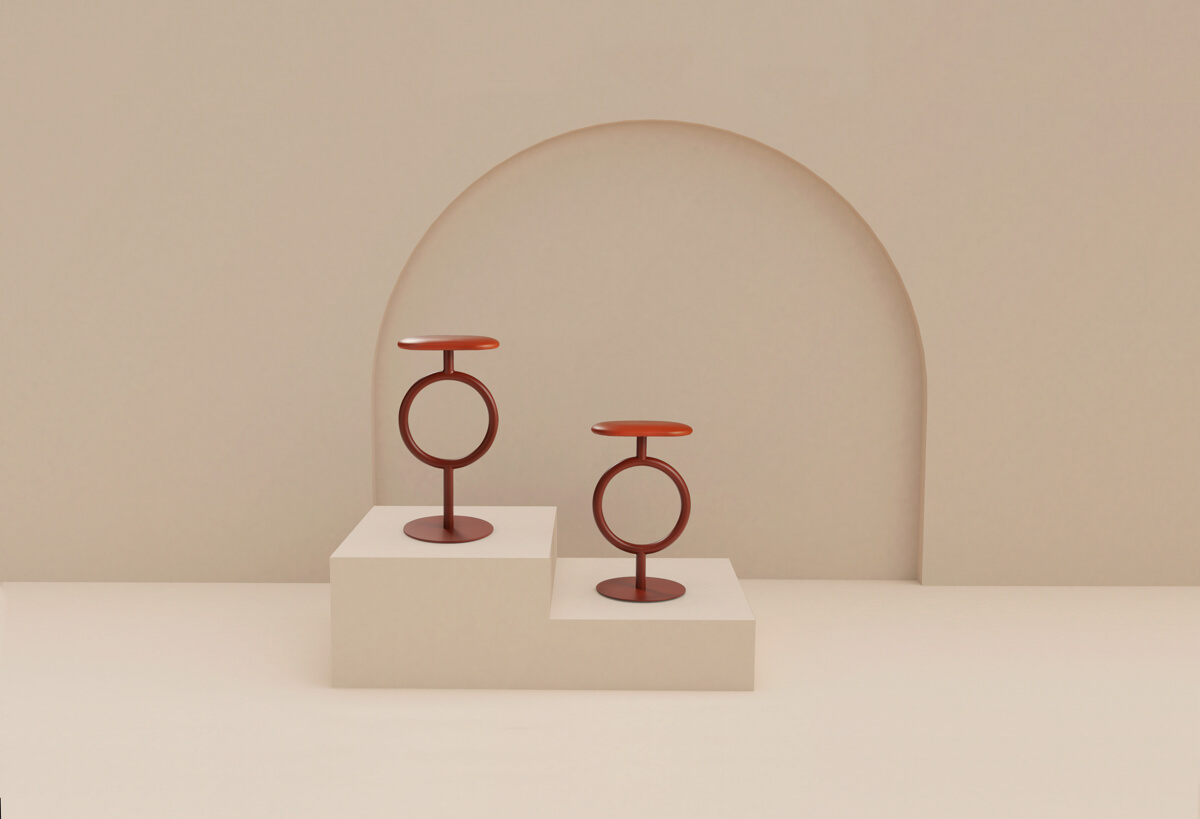 For his first collaboration with the brand, Sylvain Willenz, too, looked to the past. Drawing from the symbolic nature and spiritual use of totems throughout the world, the designer translated these essential forms into two minimal stools that features a plush upholstered seat atop tubular metal base consisting of a single line bisected by circle. Fittingly dubbed Totem, the counter- and bar-height versions are available in 16 lacquered hues for the base and a wide variety of textiles. 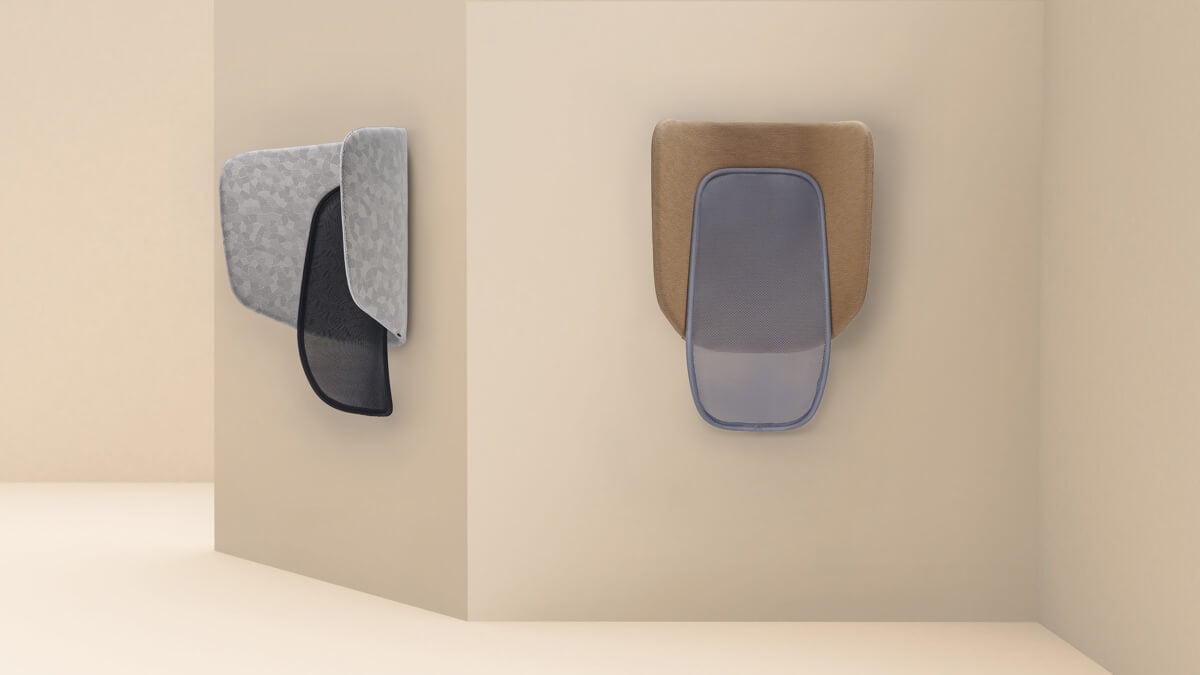 Part hammock, part acoustic panel, part something else entirely. The strange yet enticing Lapso by French designers Antoine Lesur and Marc Venot is another playful addition to the collection. Though languishing in production since it received the Hermès award for Best Author design in 2014, Sancal rescued the upholstered alcove and reimagined the art-cum-furniture piece as an integral part of its release.

“Lapso is a minimalist design that offers a natural posture when resting your back to take a short break,” explains Lesure, “allowing users a moment to themselves by politely signalling ‘do not disturb’.” It’s large concave panel can be wrapped in an almost endless selection of fabrics (with varying acoustic properties), while the airy mesh backrest comes in five colourways. 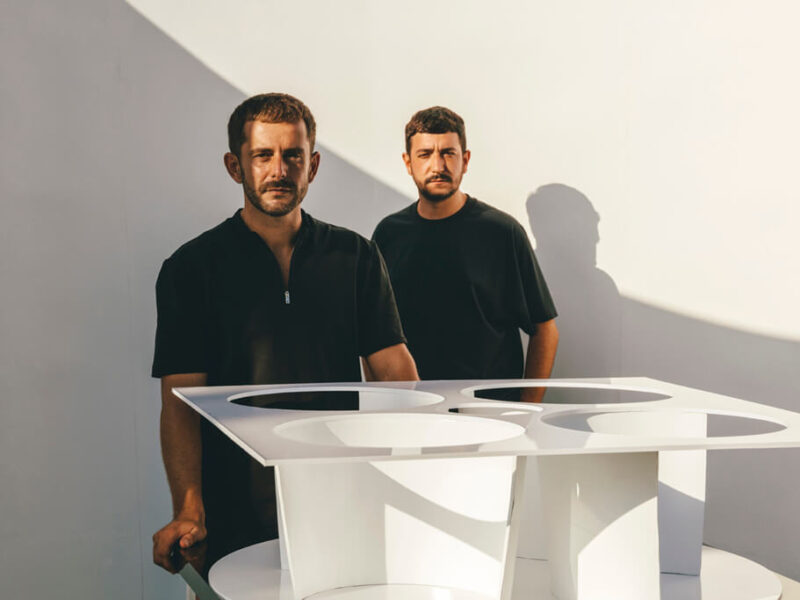 MUT Design Unveils Das Haus for IMM Cologne 2020
The Spanish studio teases its concept for a simulated domestic space that looks to bridge the indoors and outdoors.
Read More 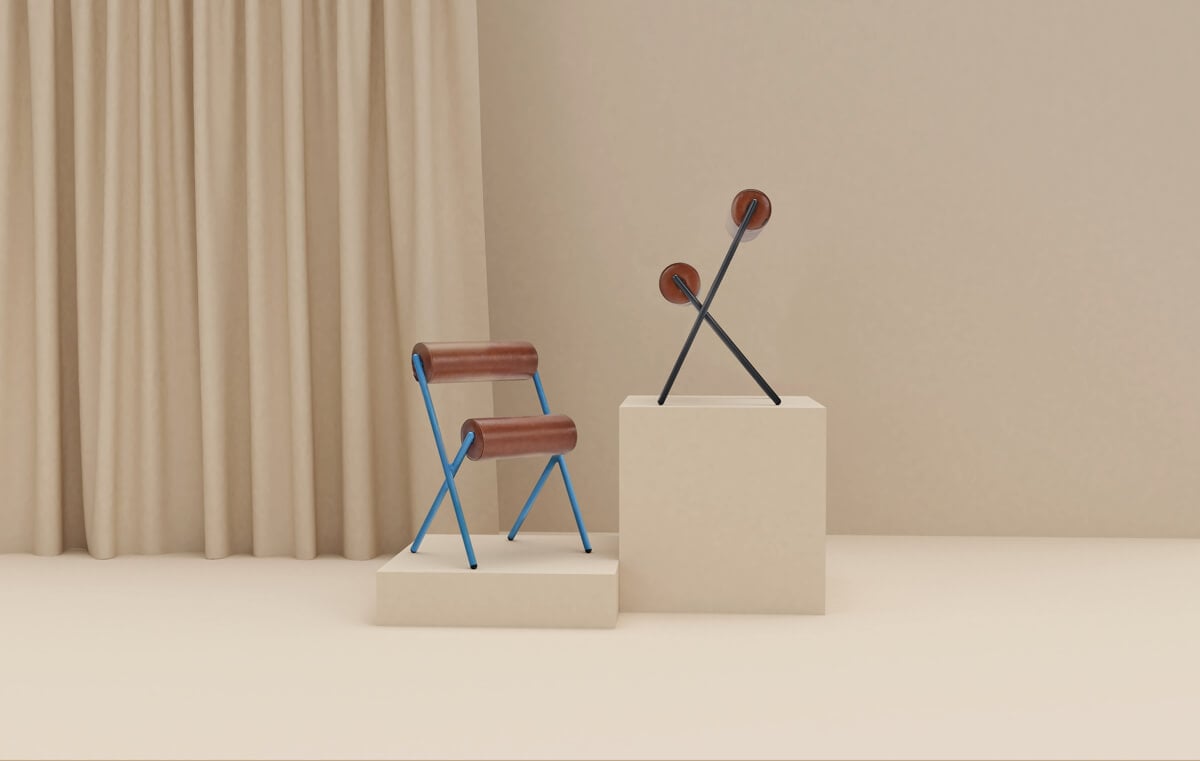 Riffing on this whimsy, MUT Design’s Roll Chair appears less like a foldable, stackable seat and more an impish take on essential shapes and forms. With its cylindrical upholstered back and seat, joined by a thin powder-coated metal frame, Roll’s usual profile is at once strikingly contemporary and effortlessly timeless. Inspired in part by gym equipment as well as the atmosphere of a deconstructed house with little to no furnishings, the object first debuted as part of the Valencia-based studio’s Das Haus installation at IMM Cologne in January. 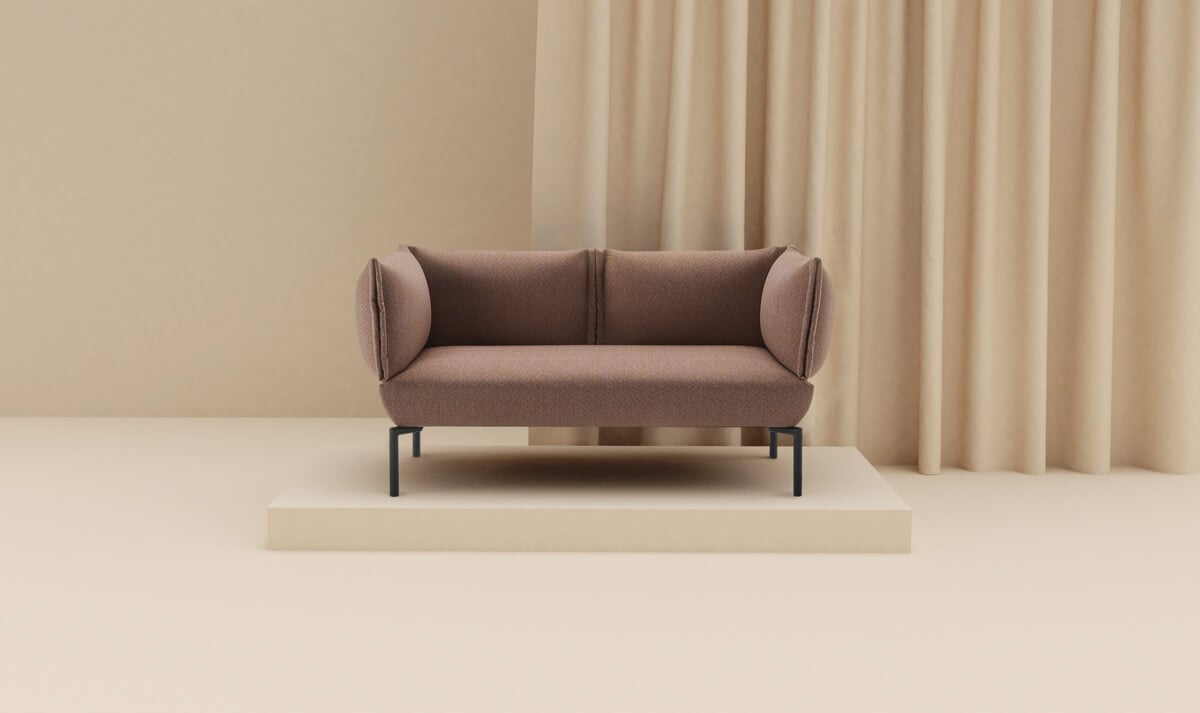 Rounding out the collection, Sancal’s in-house team Estudio Sancal conceived Click — the company’s first ever flat-pack sofa. Exploring the mechanism that enables a car seat’s headrest to easily adjust, the furnishing range is an interchangeable, modular systems of sofas, love seats and armchairs with components that literally “click” together. Additional elements, including side tables and metal arms, compliment the array of upholstery options, all unified by a graphic black base.

Though drawing from a wide variety of sources — from historic practices to the idiosyncrasies of the everyday — the collection, according the the brand, is unified by a singular ethos: “design is, without a doubt, the best way to solve the present challenges, to reinvent the future with large doses of creativity.”