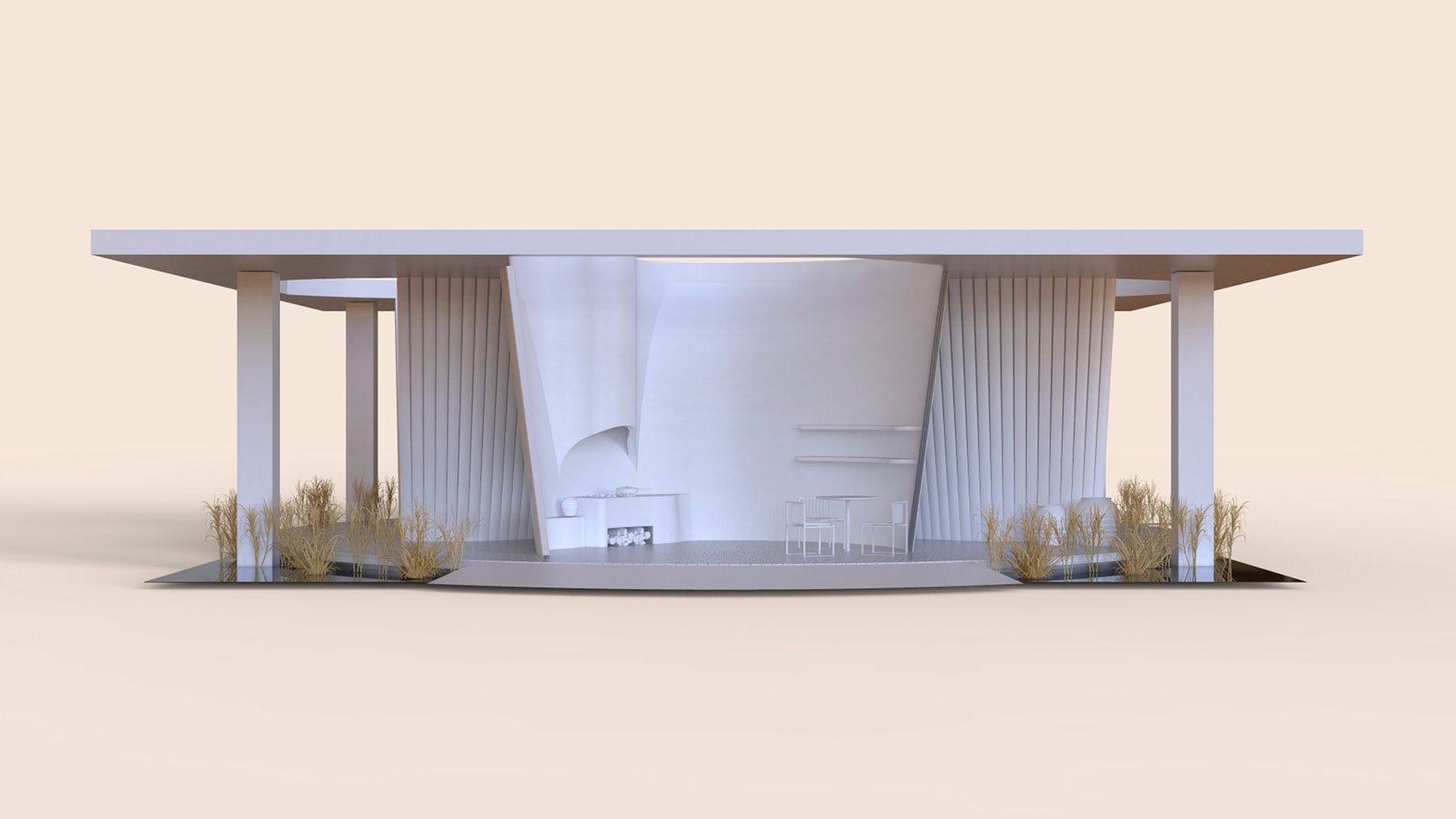 The Spanish studio teases its concept for a simulated domestic space that looks to bridge the indoors and outdoors.

Since establishing their multidisciplinary studio MUT Design in 2010, Valencia-based designers Alberto Sánchez and Eduardo Villalón have gone on to garner critical acclaim for their refined works that deftly explore the everyday. Ten years on, following in the footsteps of renowned creatives Neri & Hu, Doshi Levien, Sebastian Herkner and more, they take the reins of the annual Das Haus installation for the 2020 edition of imm Cologne – running from January 13 to 19.

Titled “A la fresca,” meaning “step out into the fresh air,” MUT’s vision for the 180-square-metre simulated living space of the future attempts to bridge the gap between interior and exterior space. 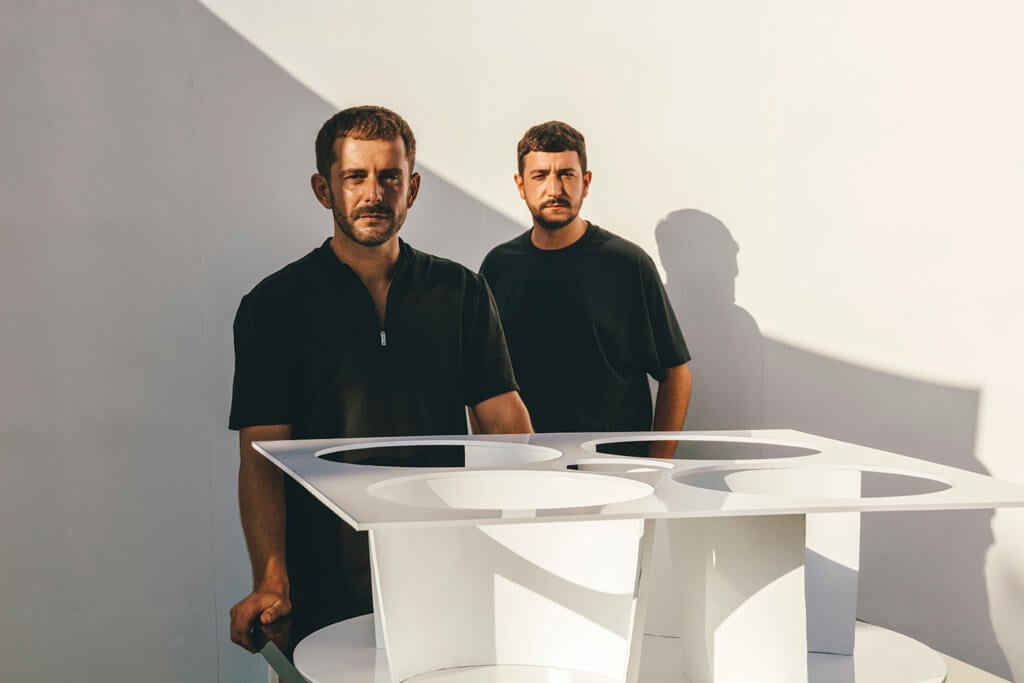 Alberto Sánchez and Eduardo Villalón of MUT Design stand by a model of “A la fresca.”

In their open-air structure, an assembly of conical forms rests on a reflective metal platform interspersed with vegetation – an artificial wetland of sorts – and topped by a rectilinear roofline punctured with five circular skylights. Orbiting the central “cave-like” private area at the heart of the pavilion, dubbed the Refugium, are four bisected Richard Serra-esque verandas that contain a living and activity space, a room for rest, a kitchen and a bath facility. 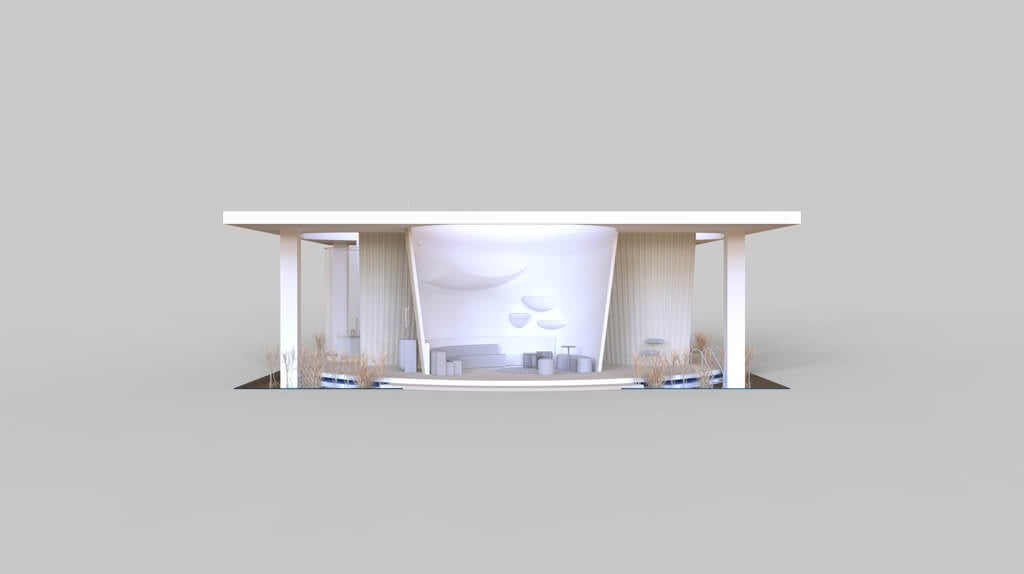 “Our intention was to soften the boundaries between indoors and outdoors,” Sánchez says about this strategy of orienting the interior spaces to the exterior and removing the thin layer of glazing that routinely divides the two. “The rooms are designed as individual entities, but they are simultaneously very open so as to create a feeling of the utmost fluidity.” 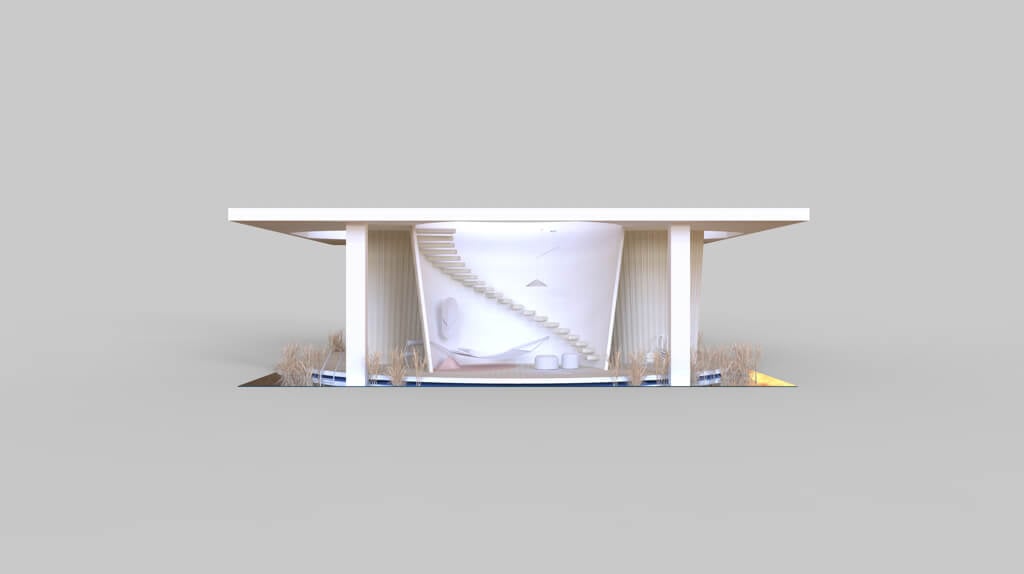 Each environment will also be fitted with furnishings that further trace a fine line between in and out. A hammock supplements a platform bed and a flight of stairs leads up to the rooftop patio in the rest area, while the cooking space is much more “barbecue-ready” than industrial kitchen. Outdoor rugs, pouffes, tables and chairs – particularly those designed by the studio for brands Cappellini, Sancal, Preciosa Lighting and Ex.t – will populate the remaining concave environments. 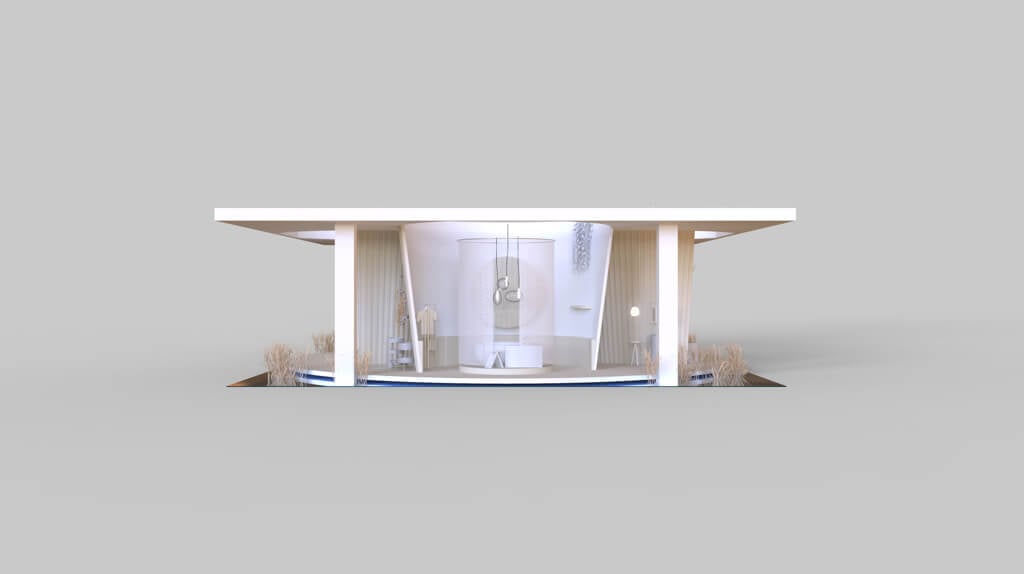 Though installed deep within the annual trade show, Das Haus 2020 sees the designers taking a unique approach to lighting. An artificial light source mounted inside the Refugium will illuminate the structure from within, imitating the path of the sun as it moves through the sky, to further accent the conceptual direction. “The light is designed to stream freely through the open areas and swim on the water,” they say. “It acts as a frame and a thread that ties the whole structure together.” 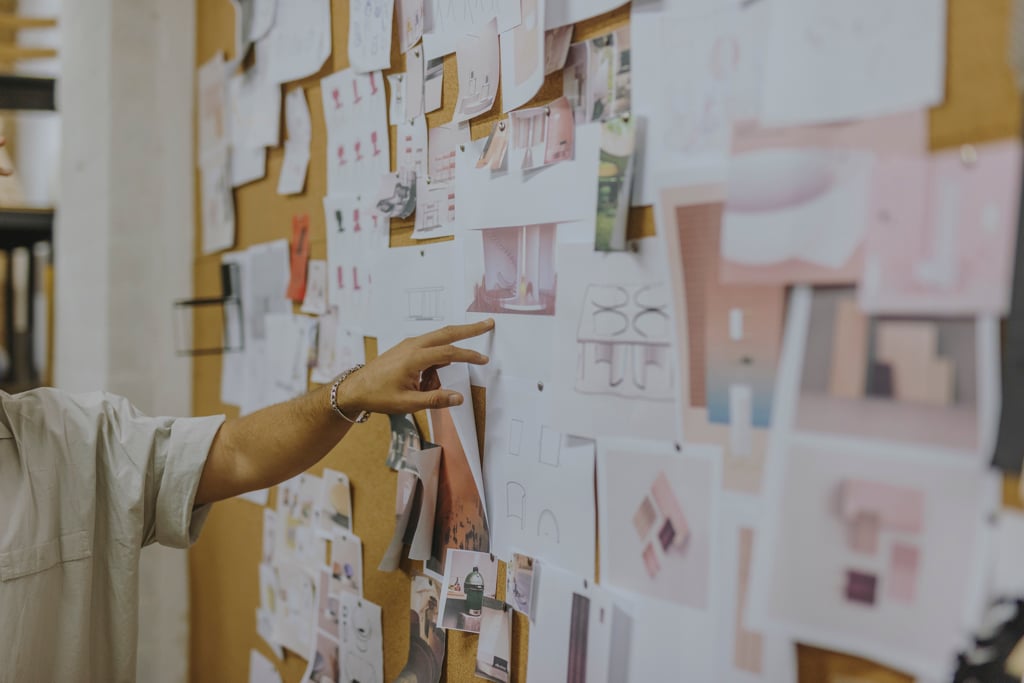 It’s a strategy that not only responds to our increasing sense of disconnection from the natural world, but one that also draws on the rich architectural lineage of the studio’s Spanish roots. “Life on the Mediterranean is synonymous with life outdoors,” the designers say. “Since time immemorial, our homes have always incorporated an element of nature into their interiors.”

During a chilly January in Cologne, could there be better a way to celebrate the great indoors than within a vision of sun-drenched Valencia?

The Spanish studio teases its concept for a simulated domestic space that looks to bridge the indoors and outdoors.