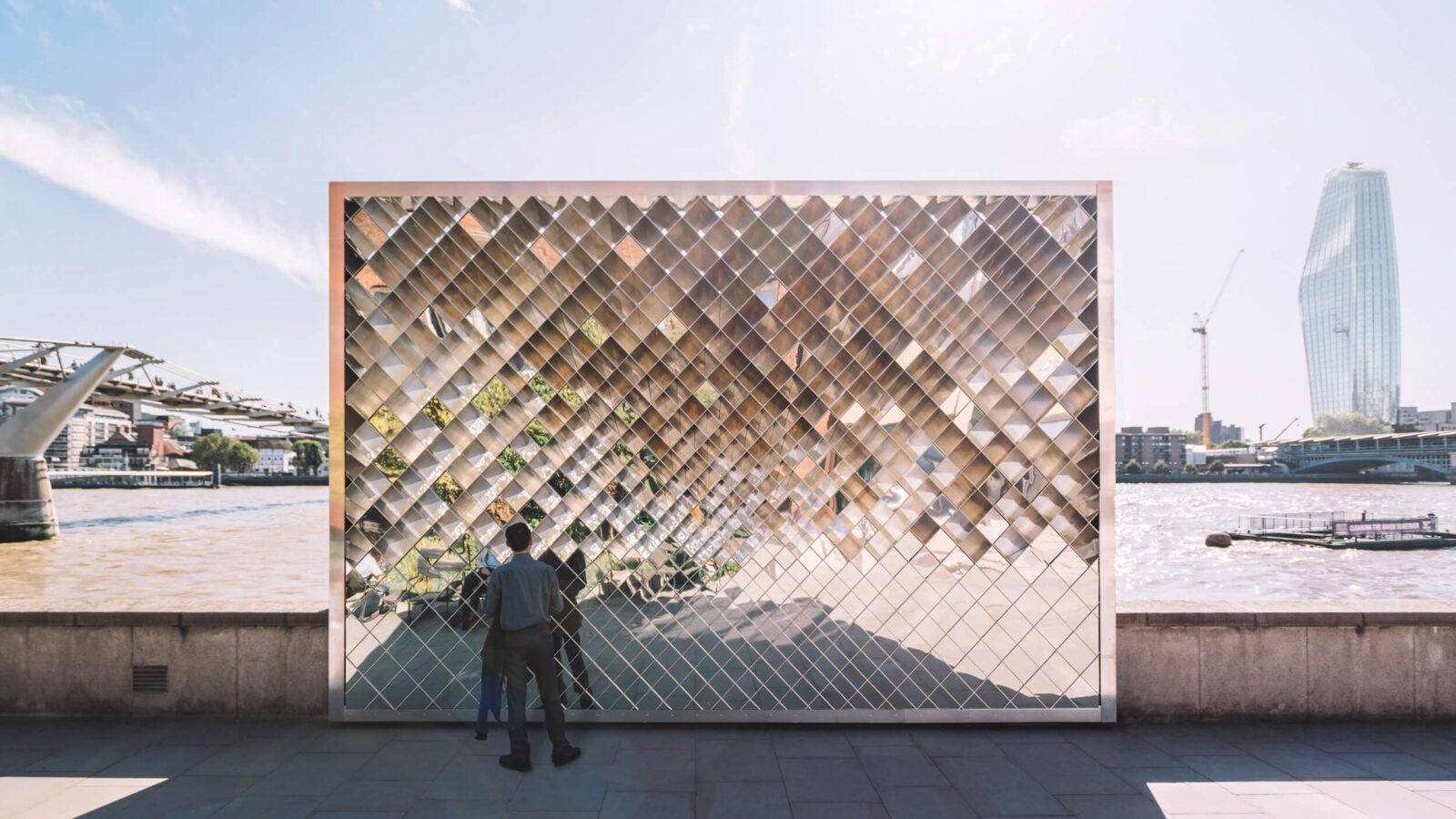 If temporary architecture was a sidebar conversation two decades ago, it now appears to be the only architecture worth talking about. In just the past few months, fly-by-night buildings have subverted public space in Kyoto, peddled booze in Copenhagen and prompted detoxes at Burning Man. Elsewhere, the trend has consumed whole communities, such as Columbus, Indiana, which is staking its identity on a many-splendoured biennial installation program. All this in addition to the yearly entries of the Serpentine Pavilion, MoMA PS1 courtyard and other forerunners of the phenomenon.

Of course this is the fault of Instagram. Try as hashtags might to establish some intelligence behind an image, IG deep-fries thought experiments, professional dialogue and design whimsy into visual carnival food. And we keep on scarfing it down.

Then along comes an installation like Liminal. Reader, English artist Wolfgang Buttress is rewriting the recipe for Peak Pop-Up.

A first glance suggests that Liminal is an accomplice to the problem. The installation reaches an attention-getting height of four and a half metres, and was commissioned as part of two (two!) initiatives: the London Festival of Architecture and the City of London’s outdoor arts program. If you spend any time with Liminal, however, you’ll realize it resists fast consumption. Located opposite the Tate Modern on the north bank of the Thames, it comprises a myriad of diamond-shaped panels in mirrored, matte and satin-finish aluminum. The giant kaleidoscope problematizes views of the river more than it frames them, and it offers no easy backdrop for selfies.

Buttress also released an app that viewers can download to enhance their interaction with Liminal. Sporting the same name and completed in collaboration with the engineers at Hoare Lea, the app takes readings from a sonar buoy floating in the Thames and translates the water’s movement into lights and sounds. Sure, you’re still jabbing at your smartphone a bit, but I defy you to ’gram this experience of patience, reflection and quiet.

Whether it’s TV, CBD or pop-up architecture, here’s the thing about Peak Anything: Saturation happens only because certain trendsetters revealed the full potential of the genre. Liminal suggests that Peak Pop-Up can transform our impulsive behaviour into mindfulness, and there’s evidence this season in London, Columbus and elsewhere that that’s the new gold standard for temporary architecture. I’d follow that.