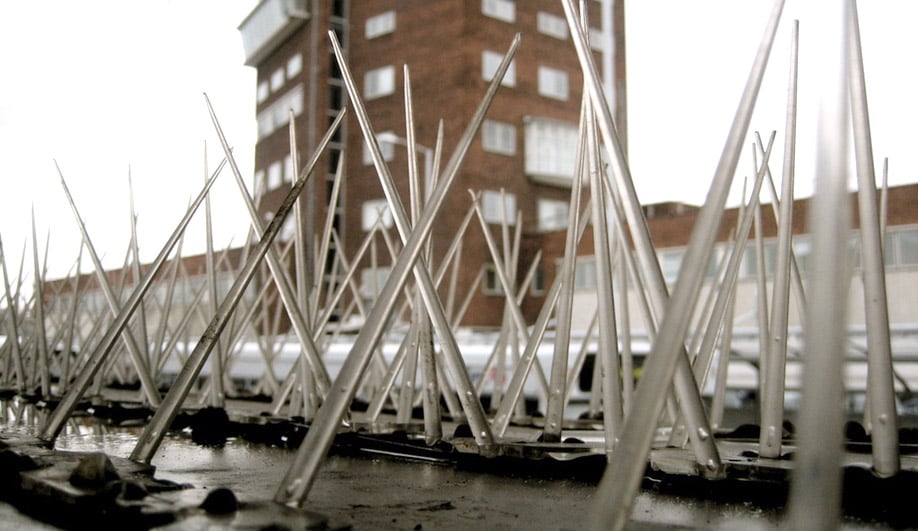 In conversation at AZURE Talks last month, DTAH’s Megan Torza suggested that buildings with good bones could, over the years, withstand a number of different uses. It is a cornerstone of DTAH’s work: in Toronto, the firm has transformed neglected streets, abandoned factories and historical barns into community spaces. Torza’s concept of designing with “light touch, loose fit” envisions flexible urban environments, aimed at bringing people together, encouraging interaction and place-making. But that isn’t the goal of all urban designs. 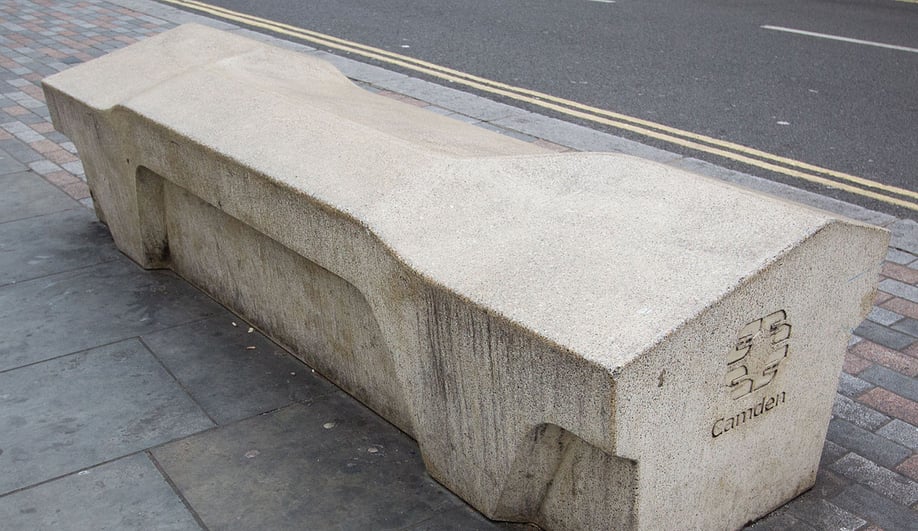 The Camden bench’s design prevents people from sleeping or skateboarding.

Rather, many cities purposefully incorporate features that achieve the opposite effect. And architect / designer Selena Savic is fascinated with such designs, which she explores in her book, Unpleasant Design (2013). So, what is unpleasant design? Simply put, it’s objects aimed at social control – often targeting marginalized demographics – that restrict uses through pain or discomfort. You’ve likely seen it: furniture, like the Camden bench, designed to prevent people from sleeping. Spiked trees, like the ones used on private properties in Bristol, are meant to deter birds. Concrete blocks that prevent crowds from gathering. In fact, an anti-homeless grate design, implemented at Toronto General Hospital, recently went viral after an outcry from the public. 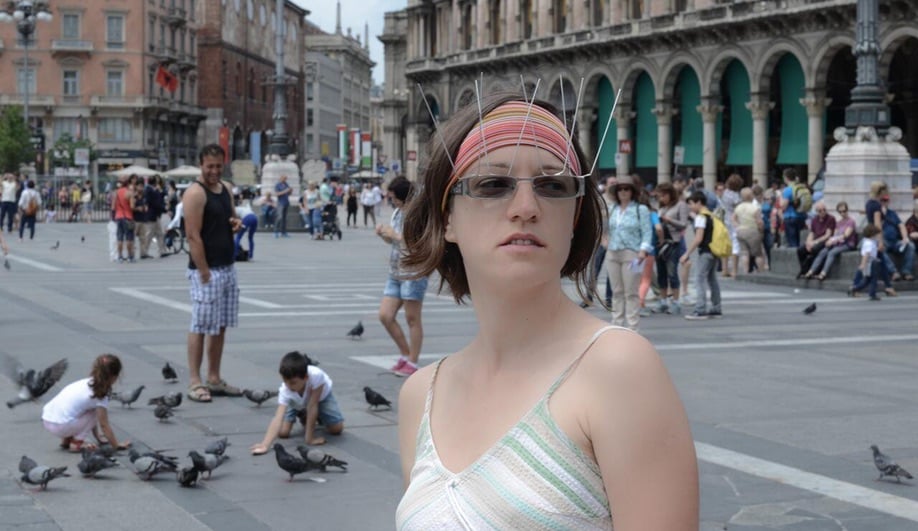 This isn’t bad design; it’s discriminatory design, conceived specifically to be uninclusive. The two sides to these design, Savic says, is “being pleasant to the ones that deploy it, and being unpleasant to the behaviour or group of people it is used against.”

Savic, a post-doctoral fellow at the department of Architecture Theory and Philosophy of Technics, TU Vienna, recently visited Calgary and Vancouver for a series of talks about hostile architecture, coercive design and how they impact cities. We asked her about how unpleasant design is evolving, what it says about cities.

What first drew you to the topic of unpleasant design?

We identified a certain trend to outsource management and maintenance of public space to objects, which we will call silent agents. These silent agents are specifically designed to prevent certain uses of urban space, to prevent behaviours and discourage certain social groups. While first thinking of this, we were living in Rotterdam, a city known for its migrant population and a certain harshness of its public space. 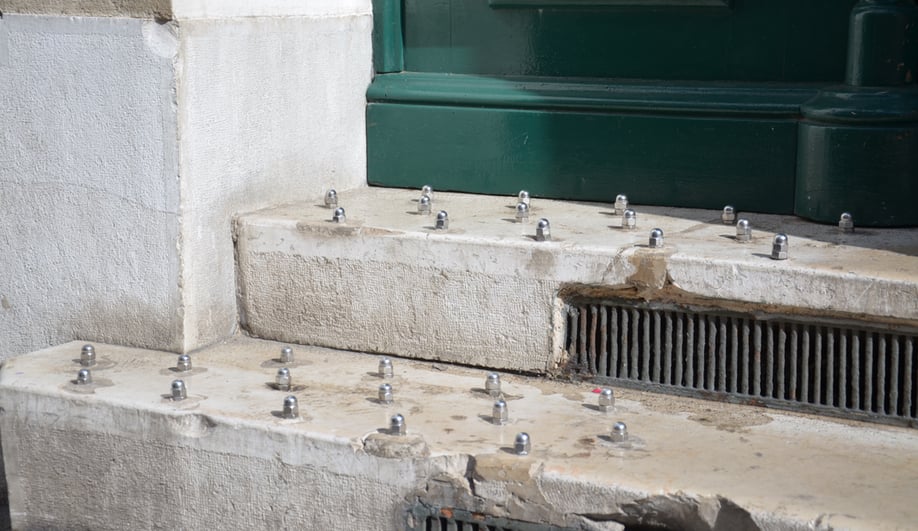 In The Netherlands in general, not much takes place in the public space, as the weather doesn’t facilitate comfortable stays outdoors for long hours. Distribution of common space also very particular in that country – most buildings, for instance, do not have a central, common staircase. In a typical urban layout, you enter your apartment directly from the street and each apartment has its own flight of stairs leading to the second or third floor of the building. This kind of privatism is reflected in the way public space is managed – there should be as few reasons as possible for conflict, and even interaction between the people who inhabit it.

From that observation we started digging deeper into this phenomenon of silent agents. We found some interesting historical examples (notably Georges-Eugene Hausmann’s reconstruction of Paris, where boulevards play the silent role) as well as contemporary trends in Paris, Amsterdam, Vienna, Lausanne, Belgrade – cities we visited and heard about from from our friends.

We often talk about how architecture serves its users. What is the social cost of hostile design, which does the opposite?

The social cost is rarely measured. What is at the centre of the unpleasant design is reduced maintenance costs, due to the prevention of harmful behaviour or increases in value of property. The social cost is a certain kind of segregation, which is observable on other levels of social organization, beyond design of urban spaces.

What does hostile design say about the designers behind it?

We could say that people who honestly employ unpleasant design principles are interested in a certain kind of utopia. There is a belief that by reducing the opportunities for mischief and misconduct, that will lead to a reduction in mischief and misconduct. In this logic, when there are no benches to sleep on, homeless people would have to resort to more sustainable measures, like going to a shelter, improving their lives, et cetera. 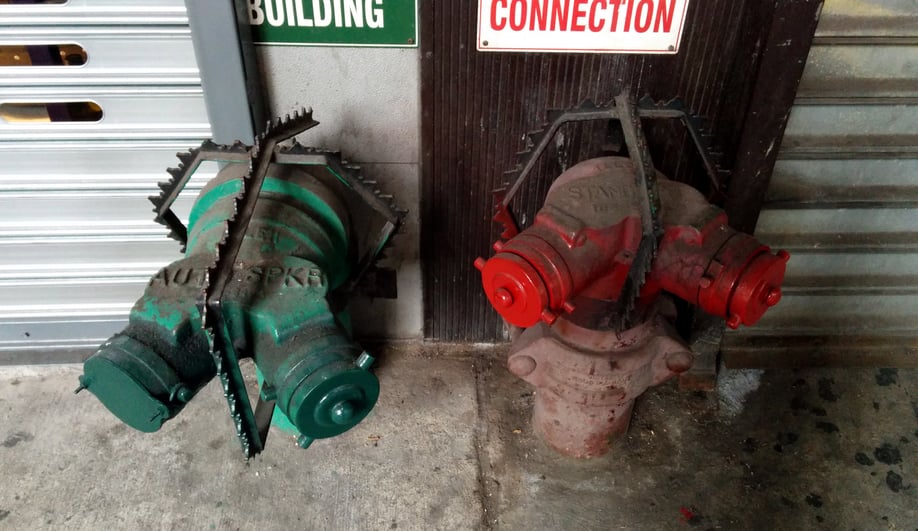 We, of course, know that we cannot apply such game-theory thinking: people are irrational and not always acting in their own self-interest. Homeless people are not homeless simply because they choose to be. Rich people are not rich simply because they worked hard. Thus, there is a certain kind of spatial injustice that arises from the reduction of access to space based on income, or some biological determinant – race, gender, age. Unpleasant design reinforces this injustice.

You were recently in Calgary to discuss hostile architecture. What examples of unpleasant design did you notice there?

I cannot say much about Calgary becoming unwelcoming, as I spent only three days in the city. I am not familiar with the way the city was before or after certain interventions. But I did notice some very typical examples, like benches with armrests and spikes that discourage extended sitting. I also came across some inventive designs that I haven’t seen elsewhere, such as metal silhouettes soldered on top of warm ventilation exhausts at a CTrain station (below), a place where you could consider camping for the night. 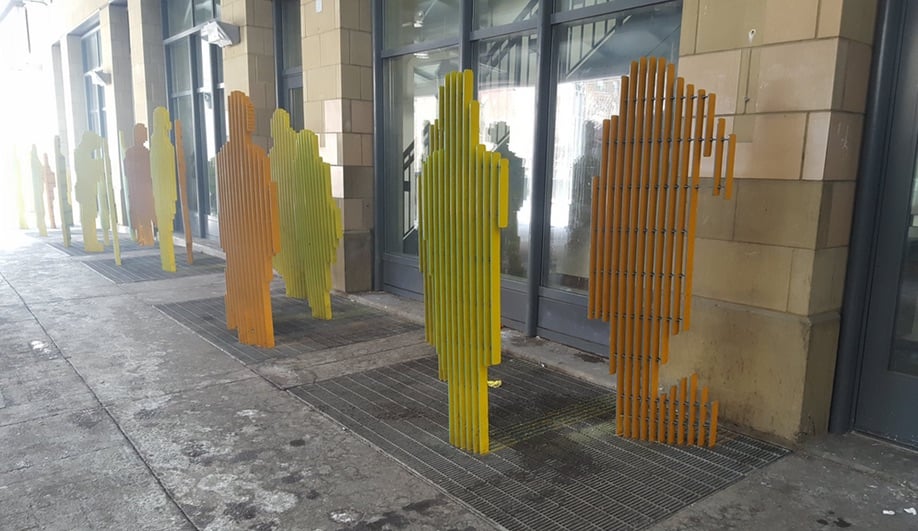 Metal silhouettes prevent homeless people from sleeping over these CTrain grates in Calgary.

I also did a tour around Vancouver where, for example, Granville street’s redesign for the 2010 Winter Olympics features a lot of unpleasant classics – separate sitting chairs, anti-sleeping benches, anti-terrorist bins. I wouldn’t say either city is particularly unwelcoming. The use of unpleasant designs to discourage sleeping and loitering is so widely spread around the globe that it becomes almost necessary wherever homelessness appears. It is not typical of Canadian cities, especially given that the climate does not favour homelessness very much. 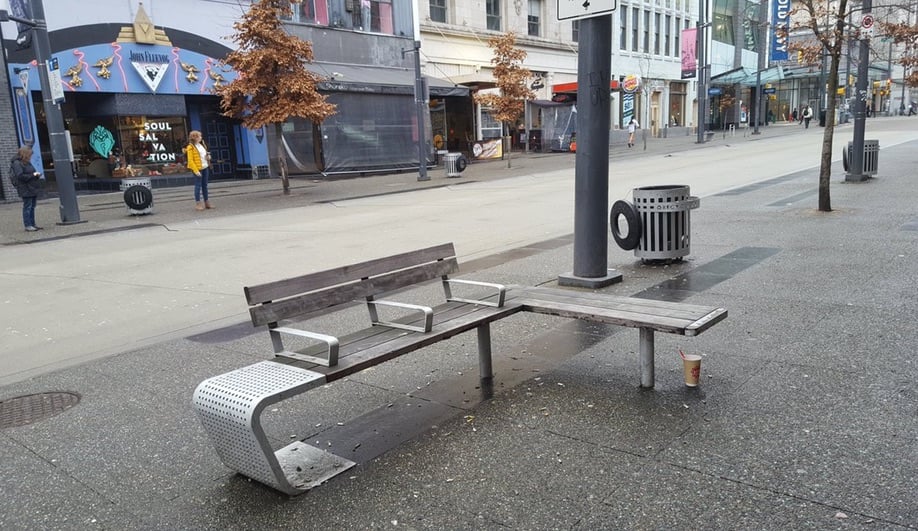 A partitioned bench in Vancouver, from Savic’s recent trip to the city.

What types of unpleasant design are you noticing that you haven’t seen before?

There are rarities, or “pearls,” that we find in each city we visited, when people come up with something different, something new, or something particular to address a problem that is specific to that location. Benches against sleeping were a classic, but now it has become even more pervasive to install anti-skateboarding rings or other obstacles. 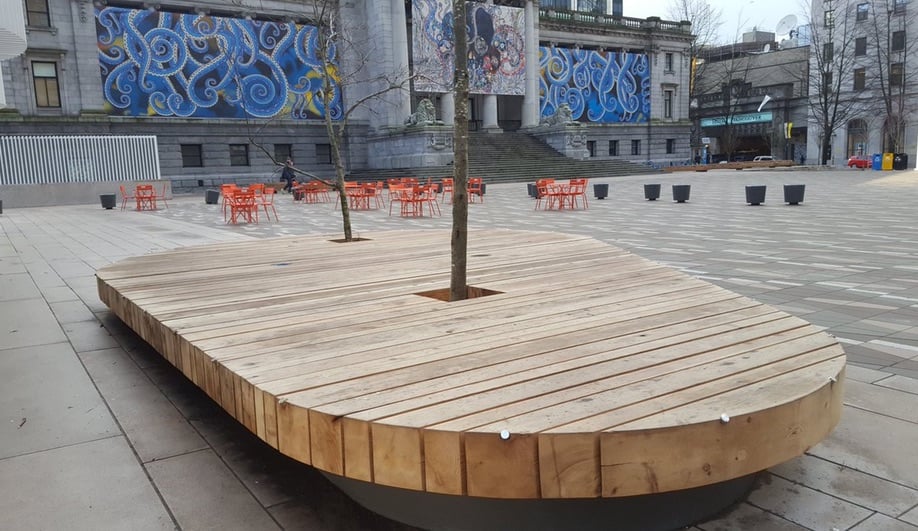 A Vancouver bench outfitted with studs aimed at deterring skateboarders.

Unpleasant design spreads like fashion. When your neighbour has anti-pigeon spikes – the tiny spikes you put on window seals or rooftops to prevent pigeons form landing – you have to install them too, otherwise all pigeons will land on your property. This is the logic of unpleasant design spreading.