What Justin Trudeau Means for Canada’s Cultural Future
The new Prime Minister may be grabbing headlines for his "Zoolander" good looks, but his election pledges add up to a national rebranding. Here are seven ways the Liberals are re-envisioning Canada after almost a decade of Conservative rule. 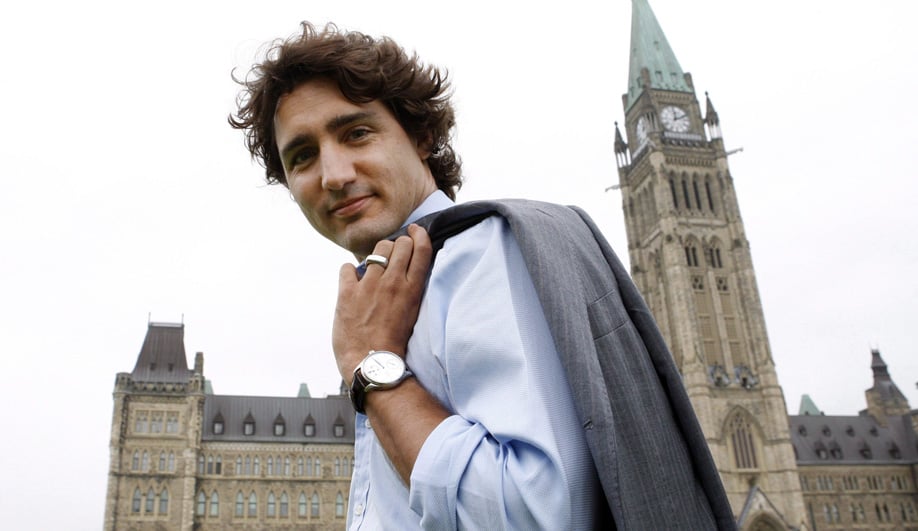 On climate change
The UN climate change summit (COP 21) will take place in Paris at the end of November, and the Liberals have acted quickly to assemble a delegation that includes Green Party leader Elizabeth May, NDP leader Tom Mulcair and whoever replaces Stephen Harper as the new Conservative leader, along with the premiers of the provinces and territories.

The inclusiveness stands in stark contrast to the approach of the Conservatives, who never invited opposition parties to climate change summits. In 2013, Ms. May went so far as to join the Afghanistan delegation to Warsaw after the Conservatives refused to bring her along.

During his campaign, Trudeau avoided setting out concrete carbon emission targets. He has instead promised to work with premiers to develop a national framework to support different requirements within each province. He also stated his aim to establish on the international stage a strong position for Canada, “so people know that Canada’s years of being a less-than-enthusiastic actor of the climate change file are behind us.”

On supporting the 2030 Challenge
The Royal Architecture Institute of Canada asked the Liberals where they stand on making all new buildings carbon-neutral by 2030, a global challenge to the building sector, set in place by U.S. architect and sustainability expert Edward Mazria. Their response was positive if noncommittal: “We welcome all industries that want to make measurable progress on achieving this goal, including the 2030 Challenge. We will consult on ways to enhance the scientific research and experimental development tax credit – in conjunction with other tax measures – to generate more clean technology investment.”

On cultural funding
The Conservative squeeze on cultural funding is about to be reversed. Trudeau ran on a deficit-spending platform, and his party has pledged to invest $1.35-billion in arts and culture by 2020. The money will restore $150-million in new annual funding to the CBC. Telefilm Canada and the National Film Board will receive a total of $25-million annual funding, and the Canada Council will see its budget double to $360-million a year.

On infrastructure
The party’s biggest campaign pledge is a commitment to infrastructure in three key areas. The first is public transit, where Trudeau plans to triple federal investment by nearly $6-billion over the coming years, and then raise that amount (to almost $20-billion) by 2025. Next is social infrastructure, with $20-billion earmarked over the next decade. The priorities will be in refurbishing and building new affordable housing, seniors facilities, early learning and childcare centres, and cultural and recreational facilities.

Finally comes green infrastructure: the government is setting up dedicated funding to invest in local water and wastewater facilities, climate-resilient infrastructure, clean energy, and clean-up of contaminated sites to facilitate new construction, protections against wildfires and improved stormwater systems to diminish the impact of urban floods.

The grand total for all three infrastructure strategy plans over the coming decade is $125-billion.

On rebranding the country
Rob Maguire, founding editor of the politics and art blog Art Threat, succinctly summarized this topic for Canadian Art, calling out a “litany of aesthetic crimes” by the Conservatives that will likely make the Liberals look good no matter what they do. Maguire writes: “In redesigning our currency, the Conservatives mangled the typography and depicted a botanically inappropriate maple leaf. They also enraged graphic designers by crowdsourcing a logo for Canada’s upcoming 150th birthday in 2017.”

He quotes Heather Mallick of the Toronto Star, who derided the imagery on our passport, saying, “According to the government, we are white guys, rural, warlike and sporty, but not literate. Our landscapes are bleak, our buildings drab, our statuary undistinguished. These are not propellant images. In most, we are either stationary or plodding.”

Maguire goes on to add, “perhaps the branding experts who helped carry Trudeau to 24 Sussex Drive will delegate the national makeover to Bruce Mau Design, who have already proposed an intriguing new identity to replace our current grab bag of cultural clichés.”

On the controversy surrounding the Memorial to the Victims of Communism in Ottawa
One hot issue in Ottawa that grabbed media attention this summer was over plans to locate a memorial monument to the victims of communism on a desirable parcel on Wellington Street, not far from Parliament Hill. The prominent site (previously slated for a federal court office called the Pierre Elliott Trudeau Judicial Building) was championed by the Conservatives, but met with opposition for various reasons, including the concern that a memorial that “focuses on evil” is not a representative symbol of Canada’s democratic history. In June, RAIC and others filed a lawsuit to prevent the project from going forward due to a lack of proper public feedback. The newly elected MP for the district, Liberal Catherine McKenna, plans to seek out a different location.

On community mailboxes vs. door-to-door delivery
Another controversial move by the Conservatives is the switch from door-to-door postal delivery to community mailboxes. The cost-saving measure brought out impassioned detractors who regard the transition as yet another cynical erosion of Canada’s social fabric, not to mention a burden for the elderly and people with disabilities, and a litter-inducing eyesore in neighbourhoods.

Some protesters have camped their trailers where holes would be dug; others have laid across open pits to prevent workers from pouring the cement base. As of October 26, the program has been suspended, only days before Justin Trudeau is officially sworn in as Prime Minister of Canada on November 4.

This article was edited to include updated information.