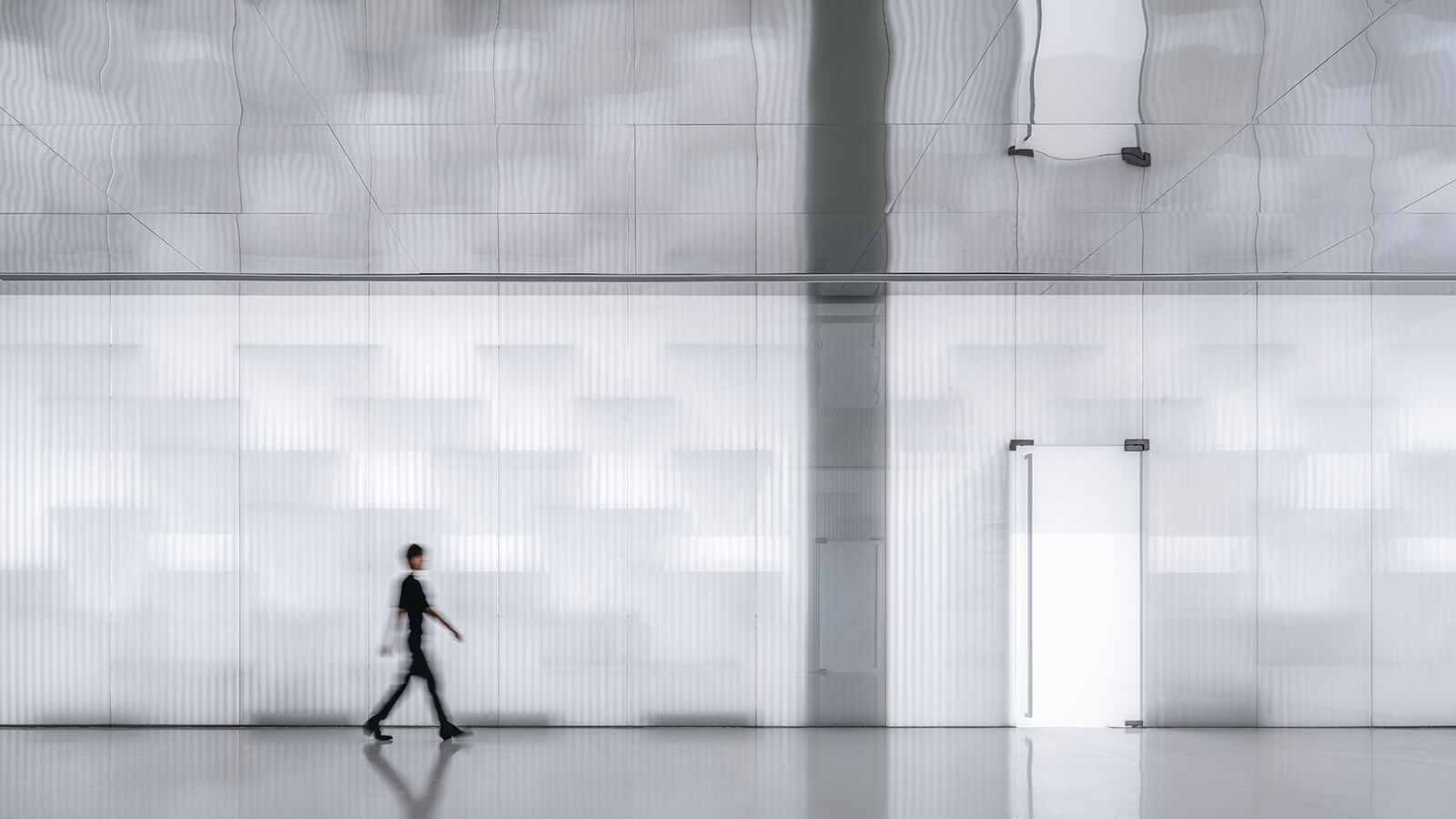 There are museums devoted to footwear, pencils, musical instruments and postage stamps, but – until very recently – there hadn’t been a single gallery dedicated to a key building block of structural design: the architectural model, an often exquisite, now-fading art form that deserves more respect and study than it has historically received.

In 2014, Richard Meier launched a 15,000-square-foot showcase, across the Hudson River from Manhattan in Jersey City, New Jersey, of his vast model and drawing collection, but it was by appointment only. Two years later, another facility displaying the models of Shigeru Ban, Kengo Kuma and other Japanese masters opened in Tokyo – a global public first. 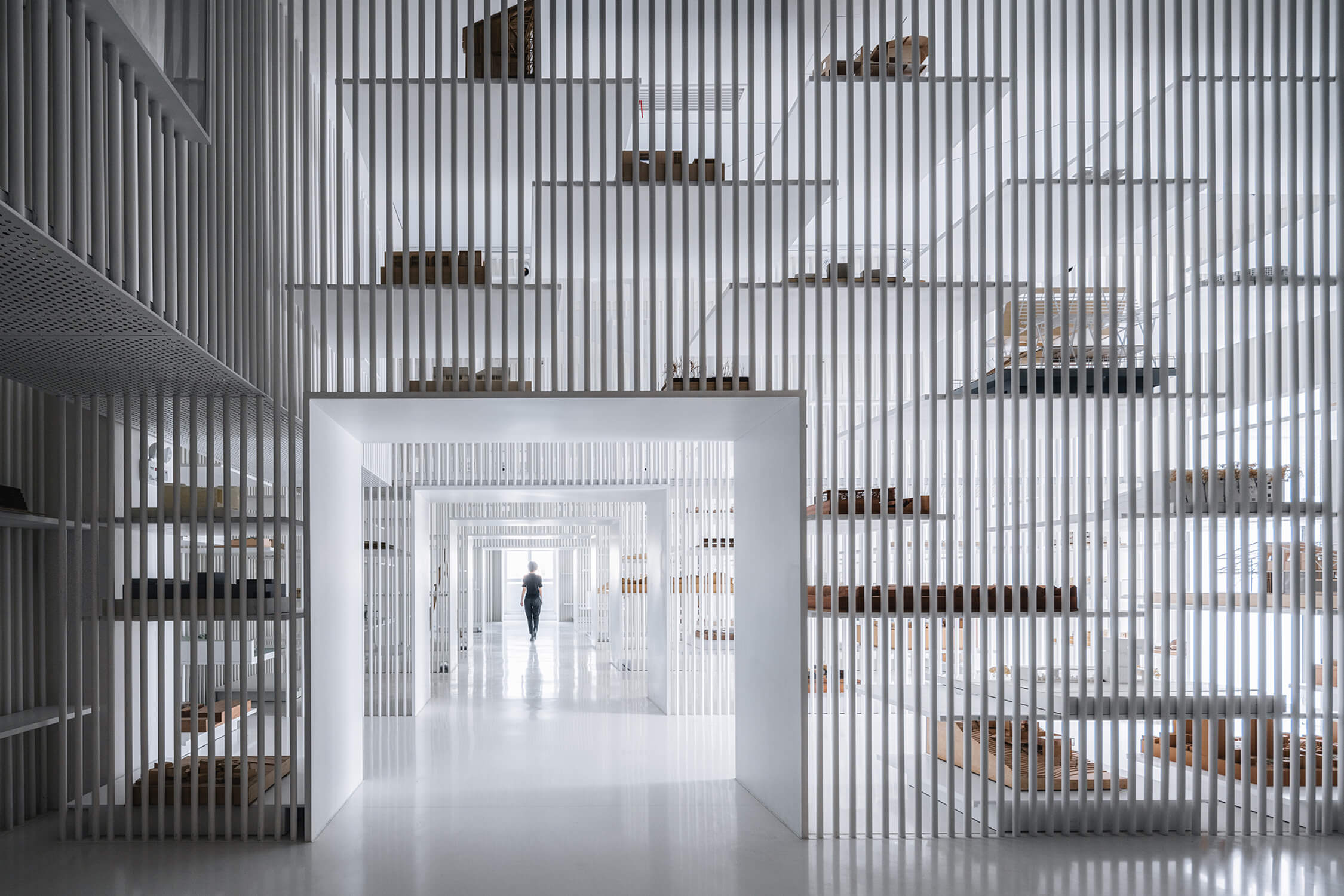 Now, the Japanese museum, called Archi-Depot, has inspired an even more ambitious one in China, underwritten by the founder of the Shanghai Fengyushu Exhibition Co. not only to showcase that country’s finest contemporary architectural models, but to imagine what “the future city” might look like in the process.

“When I looked through the photos of Archi-Depot, an idea popped into my head,” says the project’s lead architect, Yu Ting of Shanghai-based Wutopia Lab. “If we look at these vastly different [built and unbuilt] projects from a macro perspective, and ignore the differences in region and time period, they can form a world together. I therefore decided to make the entire museum into a mega model of [a] future city. The collected models become different components of the future city’s fabric, with each of them divergently predicting a different future.” 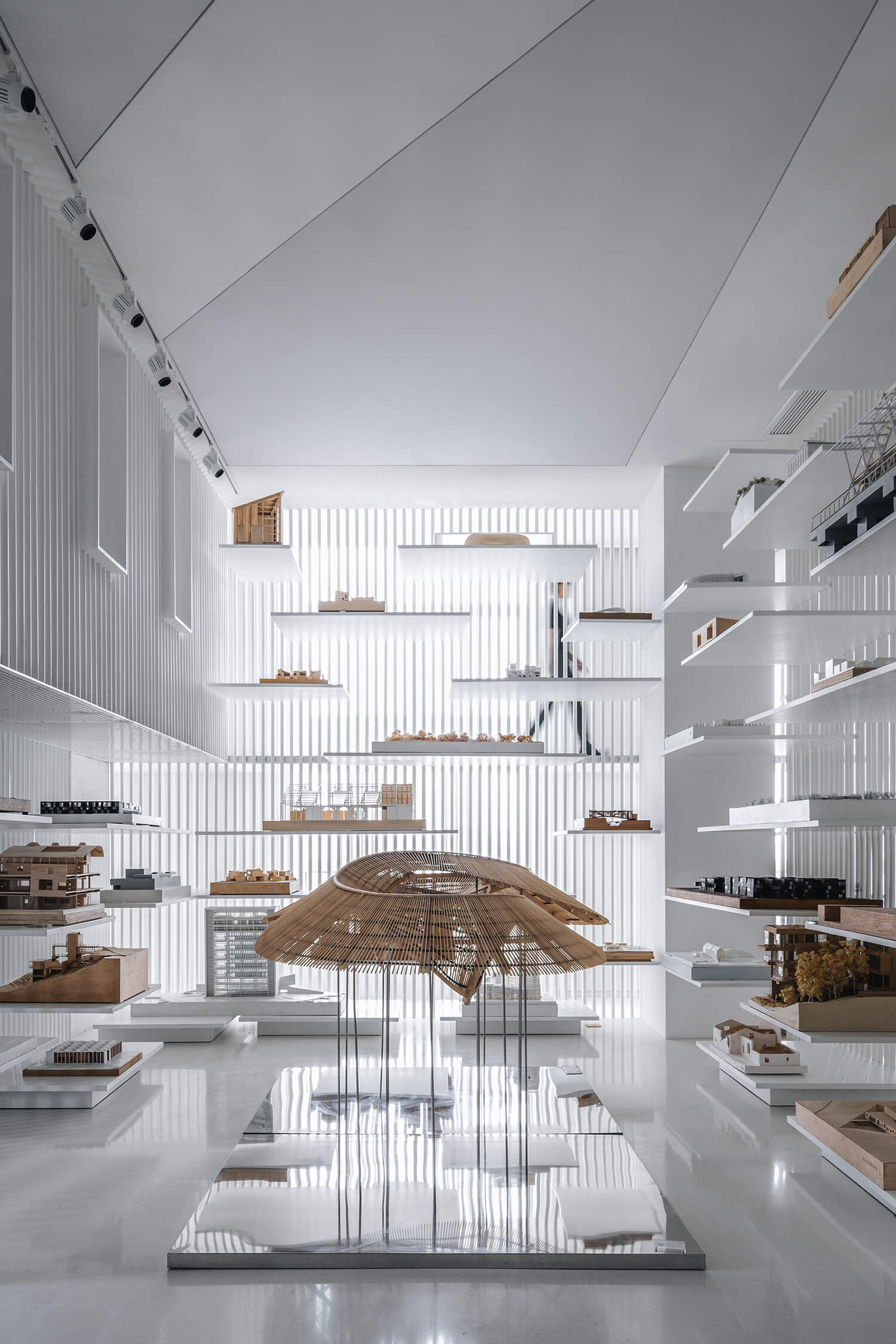 The result, opened at Fengyushu’s Shanghai headquarters earlier this year, is a 1,000-square-metre fantasia that integrates its models into a range of conceptual display areas inspired by such disparate influences as Rem Koolhaas’s Delirious New York, Italo Calvino’s Invisible Cities and movies such as Blade Runner, Mad Max and 2001: A Space Odyssey. Yu calls the entire otherworldly space The Last Redoubt, which is derived from The Night Land, a work of science fiction published in 1912. 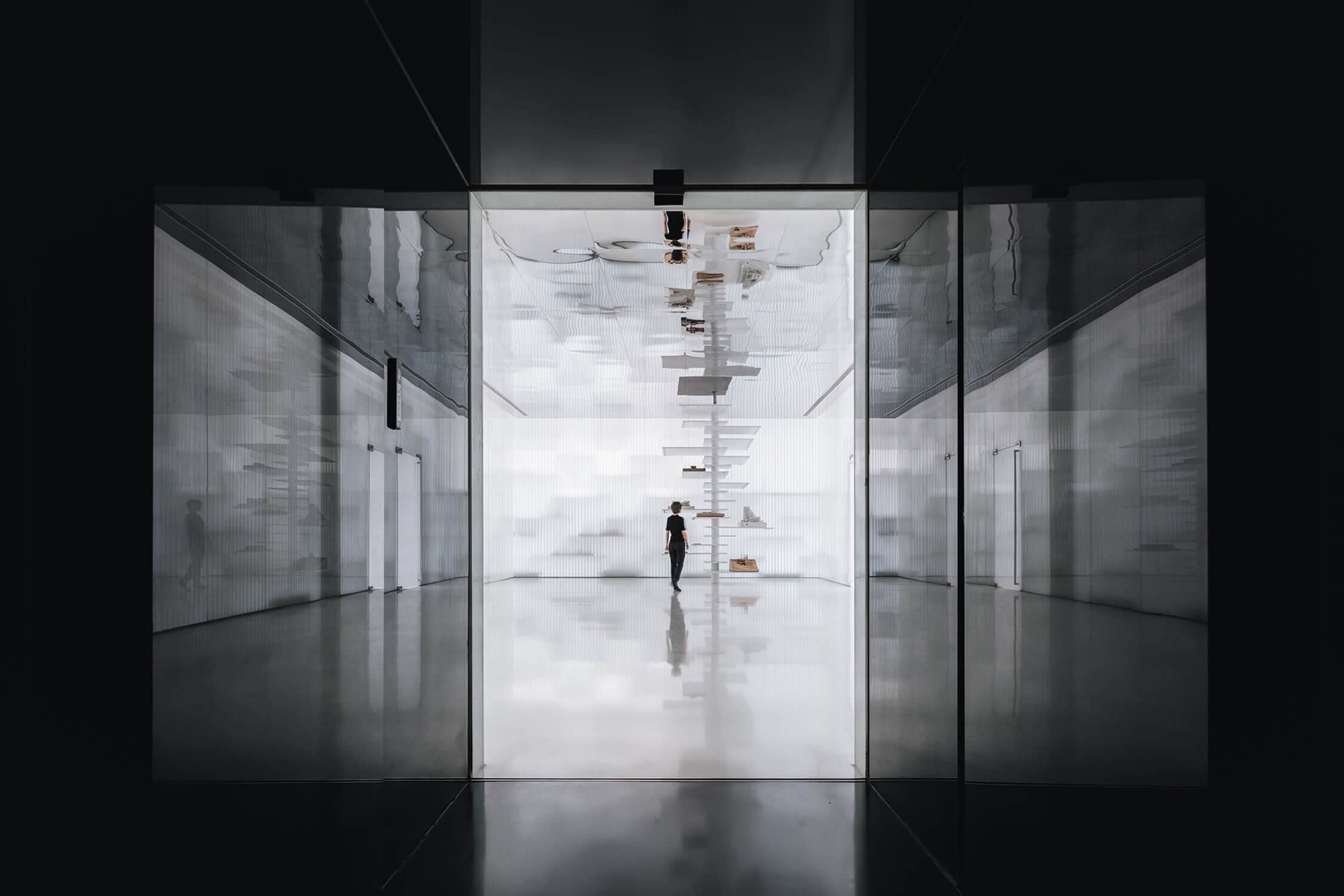 At the core of his so-called Redoubt, which is characterized by a network of scrim-like white walls composed of 5,653 steel pipes in total, are a main exhibition zone (divided into three sections called Tijuana, Ironia and Pod Bay, all references that a well-versed sci-fi nerd would recognize) and also the Stacks, an area of towering shelving structures upon which the models sit. 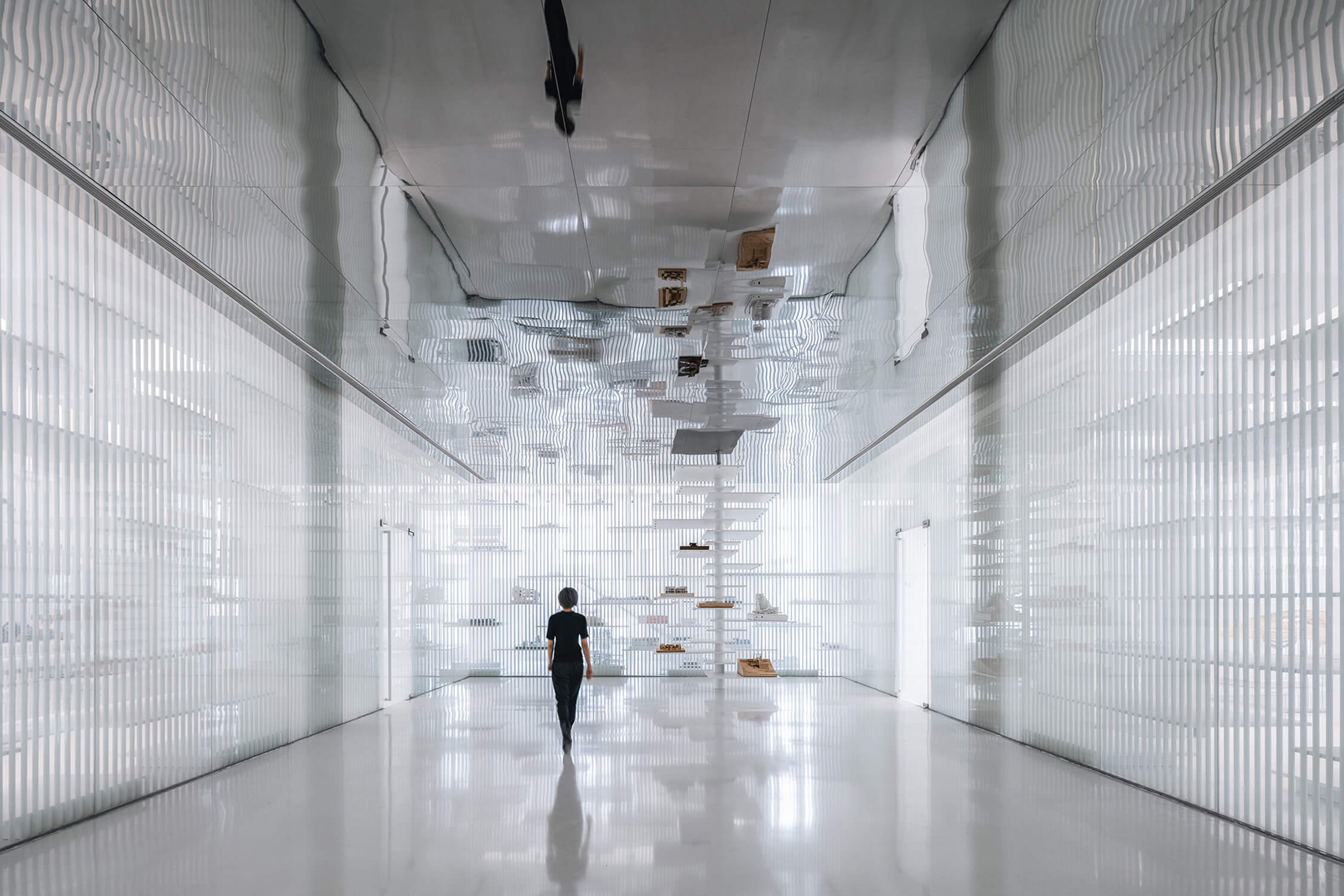 “Visionary City is the acropolis of the Last Redoubt, and is more like an empty wilderness,” says Yu. “Only the Stacks (derived from the movie Ready Player One) stands alone on one side, and the architectures on it are reticent.”

Other spaces in the museum include a circular area called the Pantheon (used “for VR shows, rest or communication”) and a lower-level exhibition hall into which light filters through the perforated flooring above (it’s naturally named Tyrell, in “tribute to the great Blade Runner”). 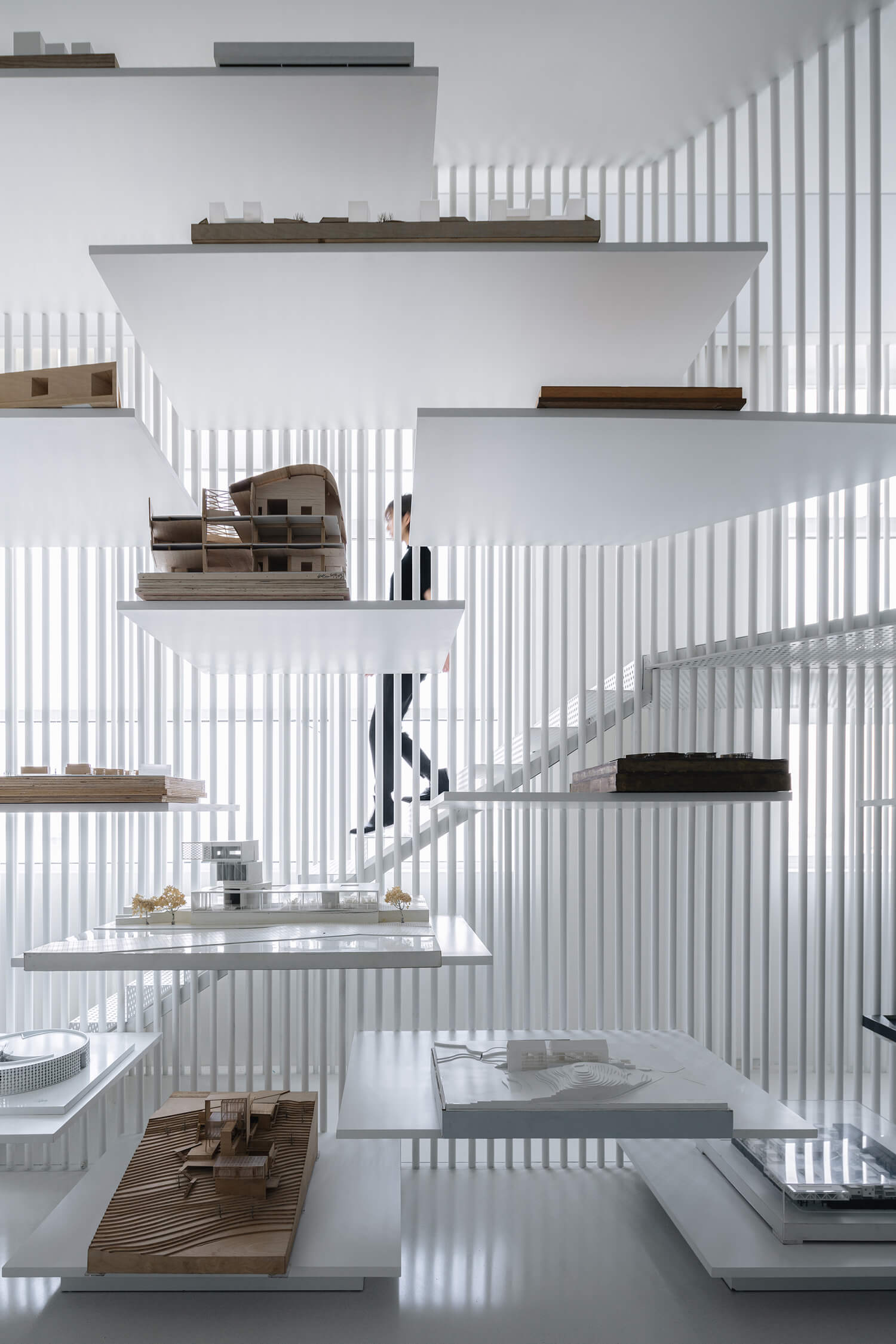 Whether or not Yu’s vision is exactly what Fengyushu had in mind when it commissioned a museum devoted to architectural models, there is no denying the facility’s beauty, its refreshing quirkiness and its unusual effectiveness as a showcase.

“Yes, I regard the architectural model museum as an architectural manifesto,” says Yu unapologetically. “I originally wanted to use curtains to isolate the museum and make it a completely inward and intact space. However, after the round rods were erected, the sunlight filtered and fell into the museum, making it look real yet unreal at the same time. So it seemed to be possible to dissolve the entity. This deeply touched me and changed my idea.” 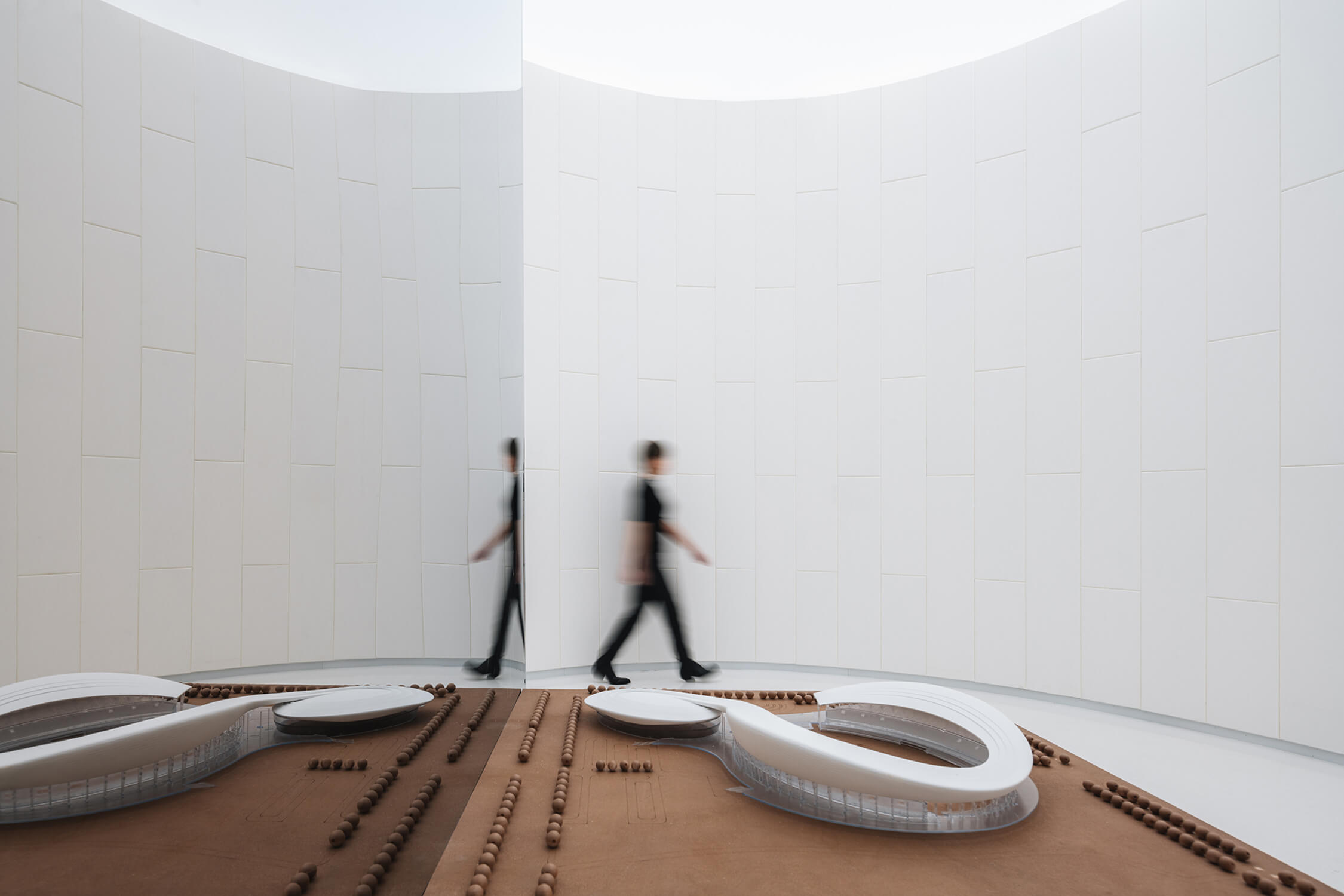 Who could argue with the results?