The New Shoe Museum in Old Waalwijk
Doepel Strijkers takes over the former city hall in this Dutch town, and transforms it into a space that celebrates the area's leather craftsmanship. 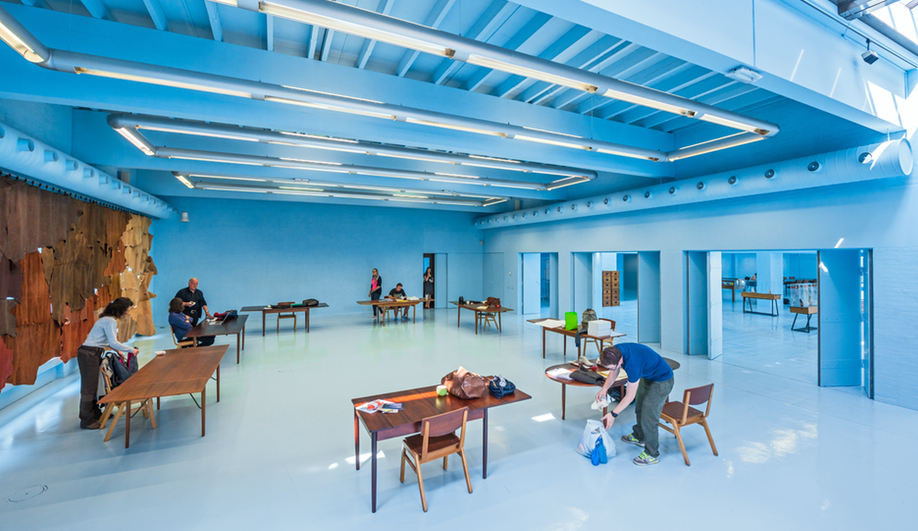 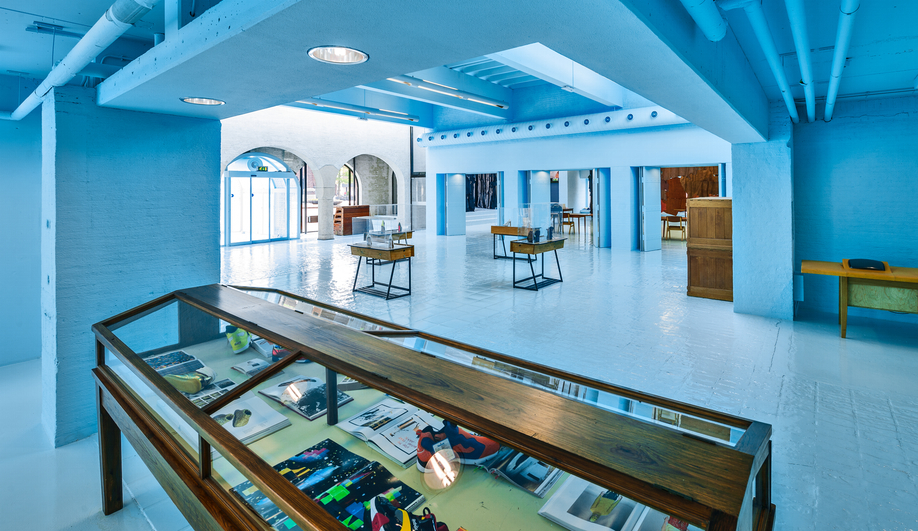 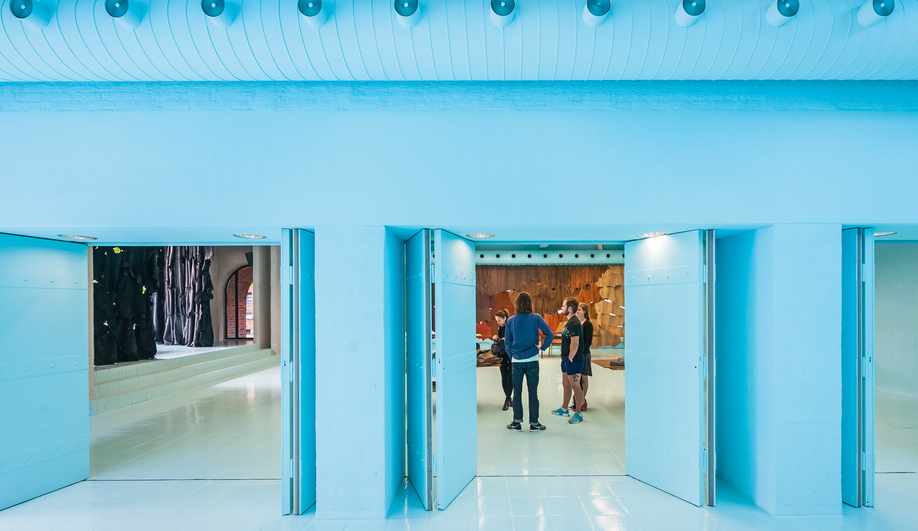 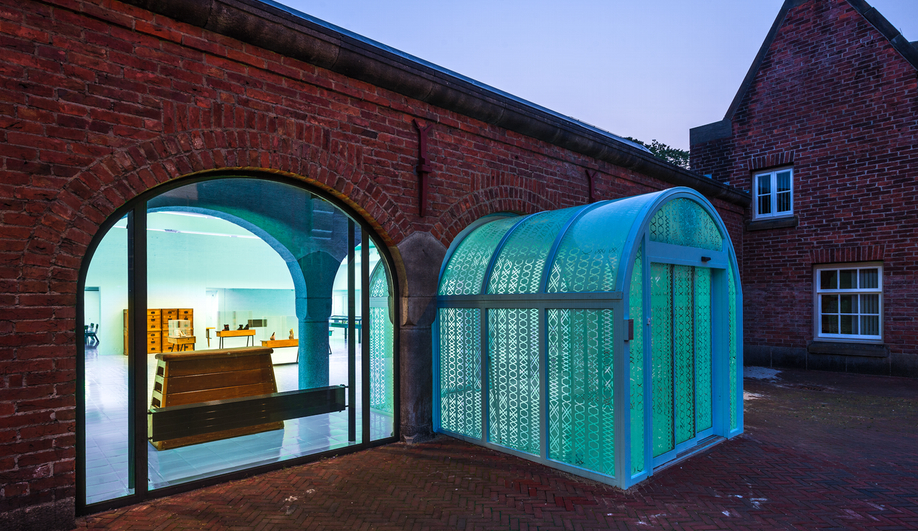 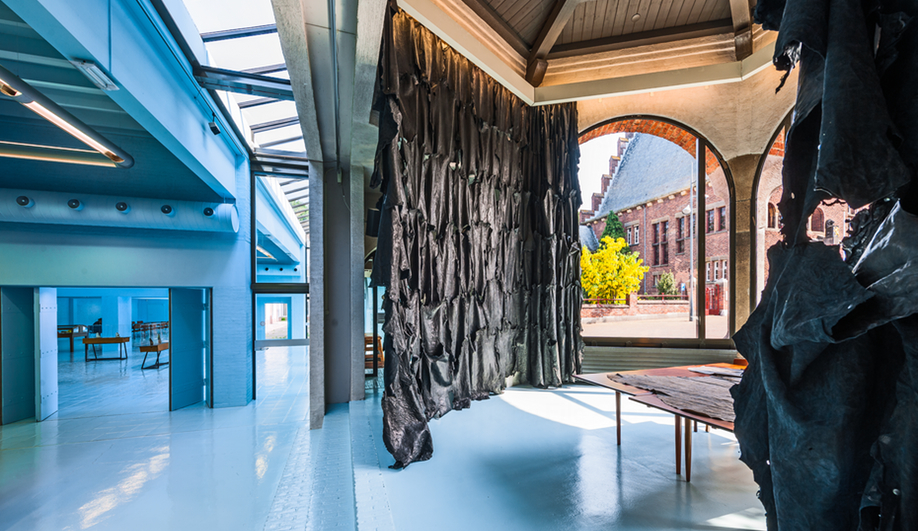 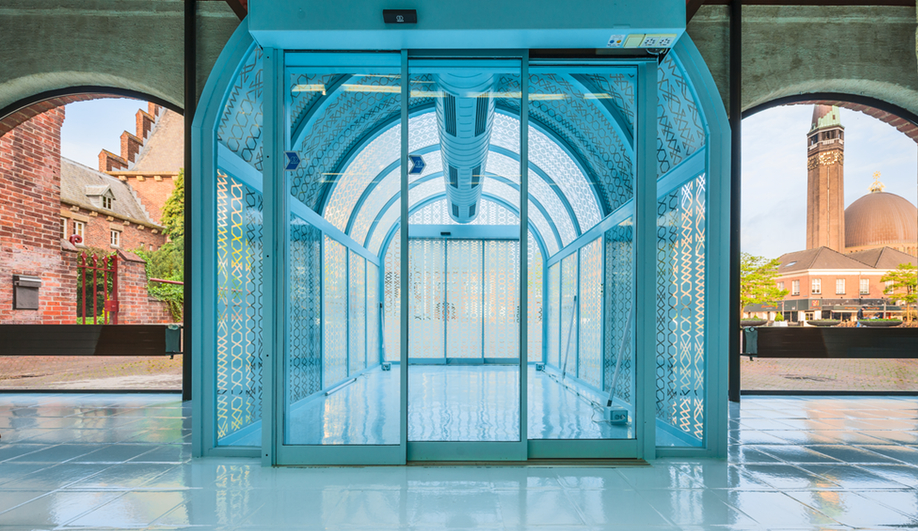 The Shoe Leather Education Museum, otherwise known as SLEM, is the result of a flurry of town hall meetings and community brainstorming – which makes sense since it is housed inside the old town hall. The people of Waalwijk craved international exposure for the area’s deep roots in the leather footwear industry, and needed a space for a masters education program.

In revamping the interior to suit this program, Rotterdam’s Doepel Strijkers, headed by Duzan Doepel and Eline Strijkers, employed local trades and youth. They hoped to imbue the project with social value, as they have their past work. “We’ve realized projects with ex-convicts in a reintegration program, and with unemployed youths in a talent development program,” Doepel and Strijkers explained in an email. “In a similar way, SLEM became something the workers were proud of. The process of making it helped embed the project in the community.”

Beautifying a dilapidated structure also helped stoke local pride. At one time an architecturally significant building, the former city hall was last updated in the 1970s – with a garish expansion and extra walls – so the first task was to pare back the space to its roots. “The interior was a mishmash of elements that seemed to have organically evolved over time. The biggest challenge was bringing back the original logic of the space and finding a way to unite the disparate parts that had a somewhat random and incoherent feel,” the firm’s principals said. “With a very low budget we came up with a concept that both respected the original monumental facade, and homogenized the interior.”

Their most dramatic gesture was to paint the entire 920-square-metre space in layers of epoxy to create a “spatial continuum” – and enhance it with ambient light that they characterize as a “wet blue colour.” (The municipality is so enamoured with this hue they’re considering it for the city standard in illuminating special buildings.) They also merged the authentic feel of the building – from its brick framework to its reclaimed furniture pieces – with modern interventions like awe-inspiring curtains fashioned from leather scraps. Finally, and most effectively, they marked the entryway with a dramatic vestibule in etched glass – a graphic take on tying a shoelace.