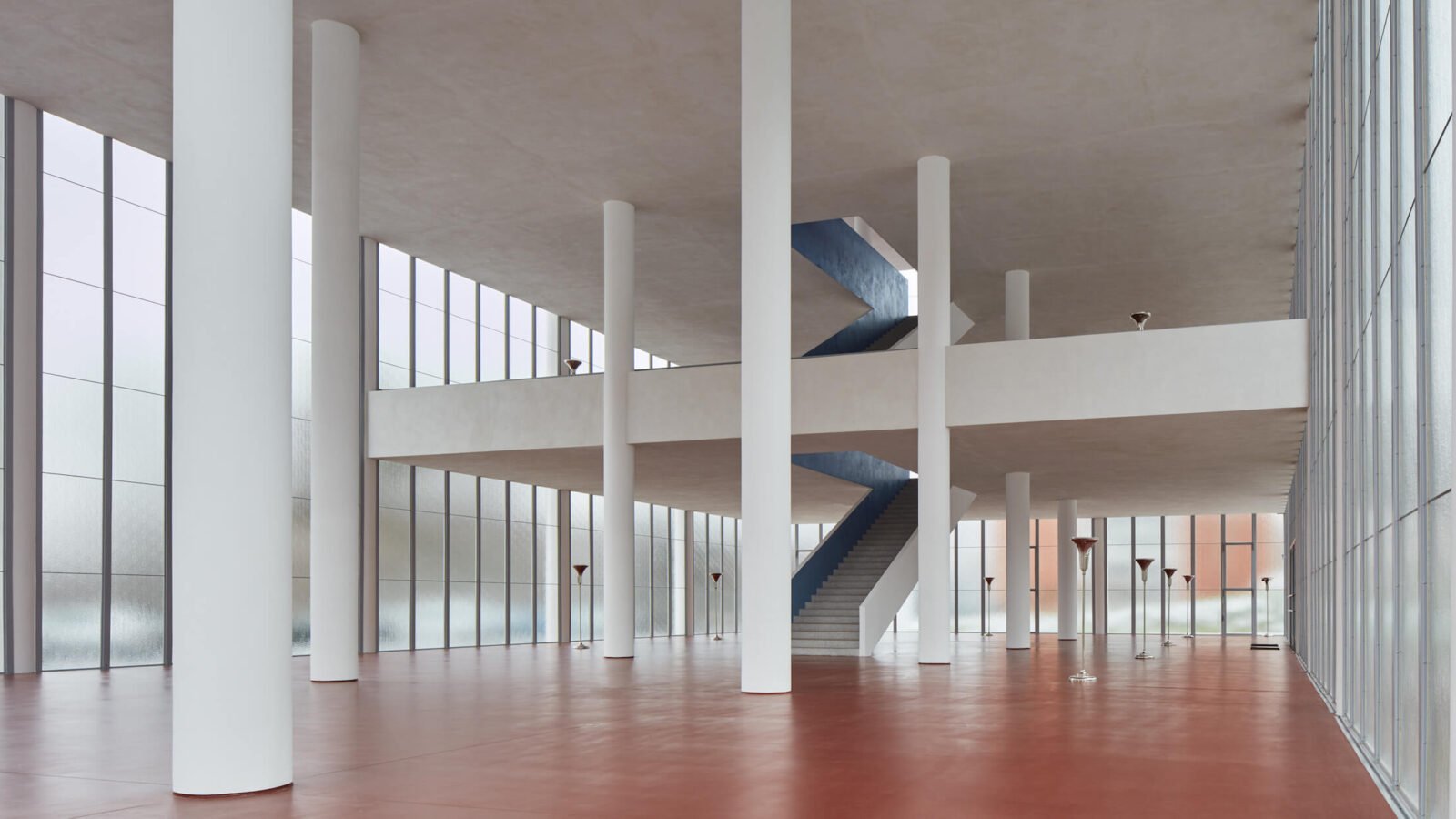 In the Czech Republic, the hauntingly spare Tomáš Baťa Memorial elevates its industrial aesthetic to create an almost sacred space.

Zlín is a Baťa town. Some 200 kilometres southeast of Prague, the mid-sized Czech city – with a population of some 75,000 – was once a global leader in industry and design. After footwear entrepreneur Tomáš Baťa opened his first factory in 1894, decades of explosive growth followed, with the Baťa brand expanding to four continents by 1932. From a sleepy 19th century village, Zlín became a short-lived inter-war powerhouse – and a bastion of modernist architecture. This year, a central part of the city’s architectural legacy came back to life with the re-opening of the striking Tomáš Baťa Memorial.

Designed by Petr Všetečka of TRANSAT Architects, the revitalized Tomáš Baťa Memorial faithfully restores a 1933 structure by architect František Lýdie Gahura. Completed a year after Tomáš Baťa’s death in a plane crash, the building memorialized the industrialist with a simple glass, steel, and concrete structure. However, a 1950s reconstruction robbed the building of its architectural quality, with the space converted into a concert hall and gallery. That careless intervention has now been undone, with the memorial open to the public after an 18-year restoration process.

The building is part of an aesthetic locally known as “Baťa architecture” – a style related to the constructivist movement – of which Gahura was a leading proponent. Alongside an extensive factory complex, the Baťa company built extensive workers’ housing, shaping Zlín’s architectural landscape with clean modernist geometries – set in a lush urban environment inspired by Ebenezer Howard and Le Corbusier’s garden city ideals. At the south end of the city, the memorial elevates the style to its aesthetic zenith.

It’s a radically pared down building. As the architects explain, “the monument was built without any technical or sanitary facilities – it was actually a greenhouse with no possibilities for heating, water supply, or toilets.” All of the technical and service elements are located externally – a sculptural array of lamps provides the only evening light. 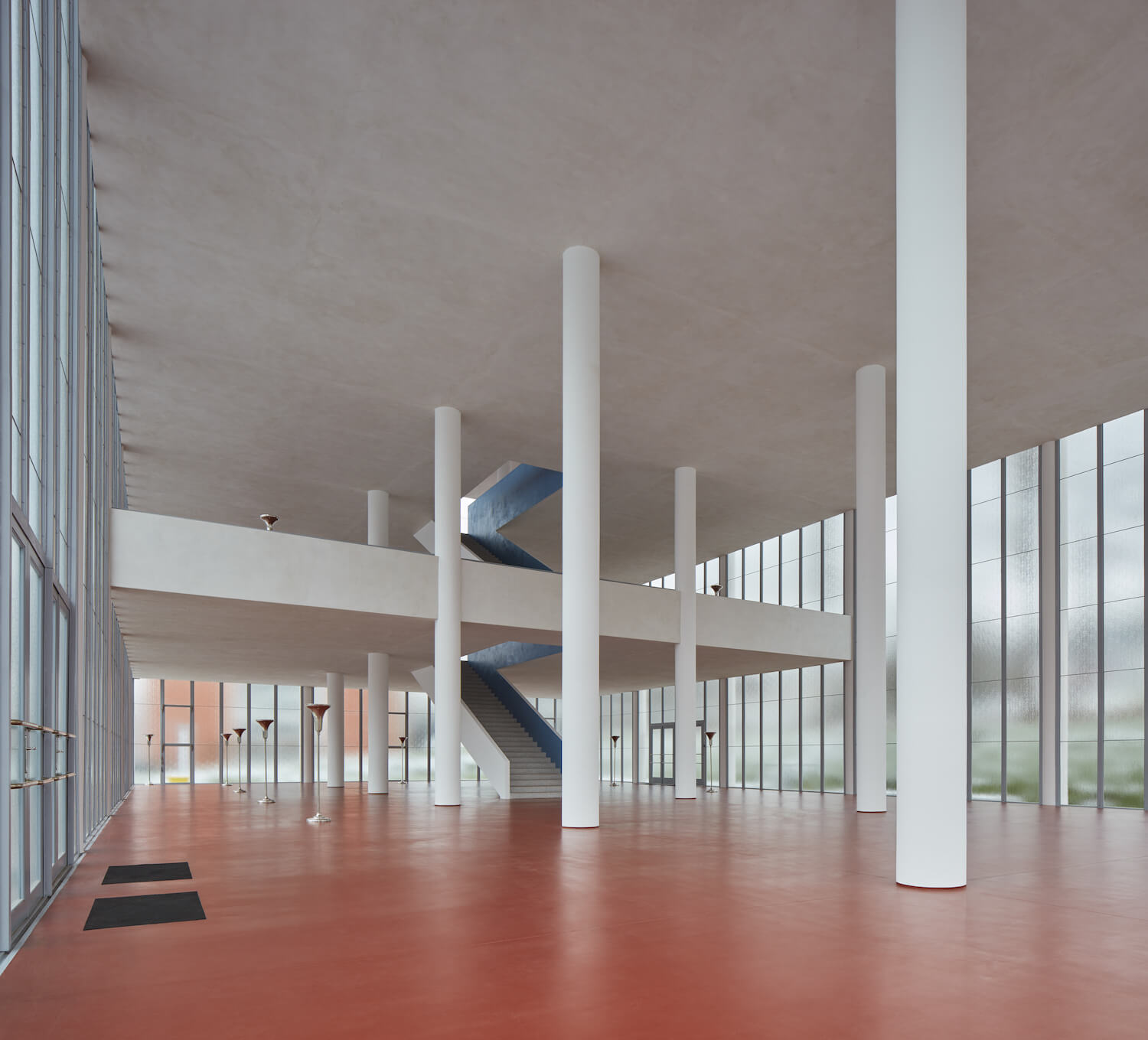 Evoking the shell of a factory, the structure is framed by columns and clad in glass. While the building’s proportions and materiality speak to its industrial neighbours, the rigorous aesthetic purity elevates it above its surroundings. It’s not a factory so much as a temple to one.

A contemplative tranquility carries through to the interior. Anchored by a red floor and muted blue accents, the open space unfolds in an array of simple structural columns, with a central Z-shaped staircase – and a floating, seemingly weightless podium – at the heart of the room. A finely honed aesthetic balance defines the unadorned space, with an aura of haunting beauty permeating through the building.

From the podium, visitors look out over the memorial’s sole artifact – the restored Junkers F 13 airplane in which Baťa died in 1932. It’s a seemingly morbid tribute to the man, yet it also expresses a sense of freedom and optimism. Here, in the weightless sanctity of the temple, we capture Tomáš Baťa in flight.

In the Czech Republic, the hauntingly spare Tomáš Baťa Memorial elevates its industrial aesthetic to create an almost sacred space.