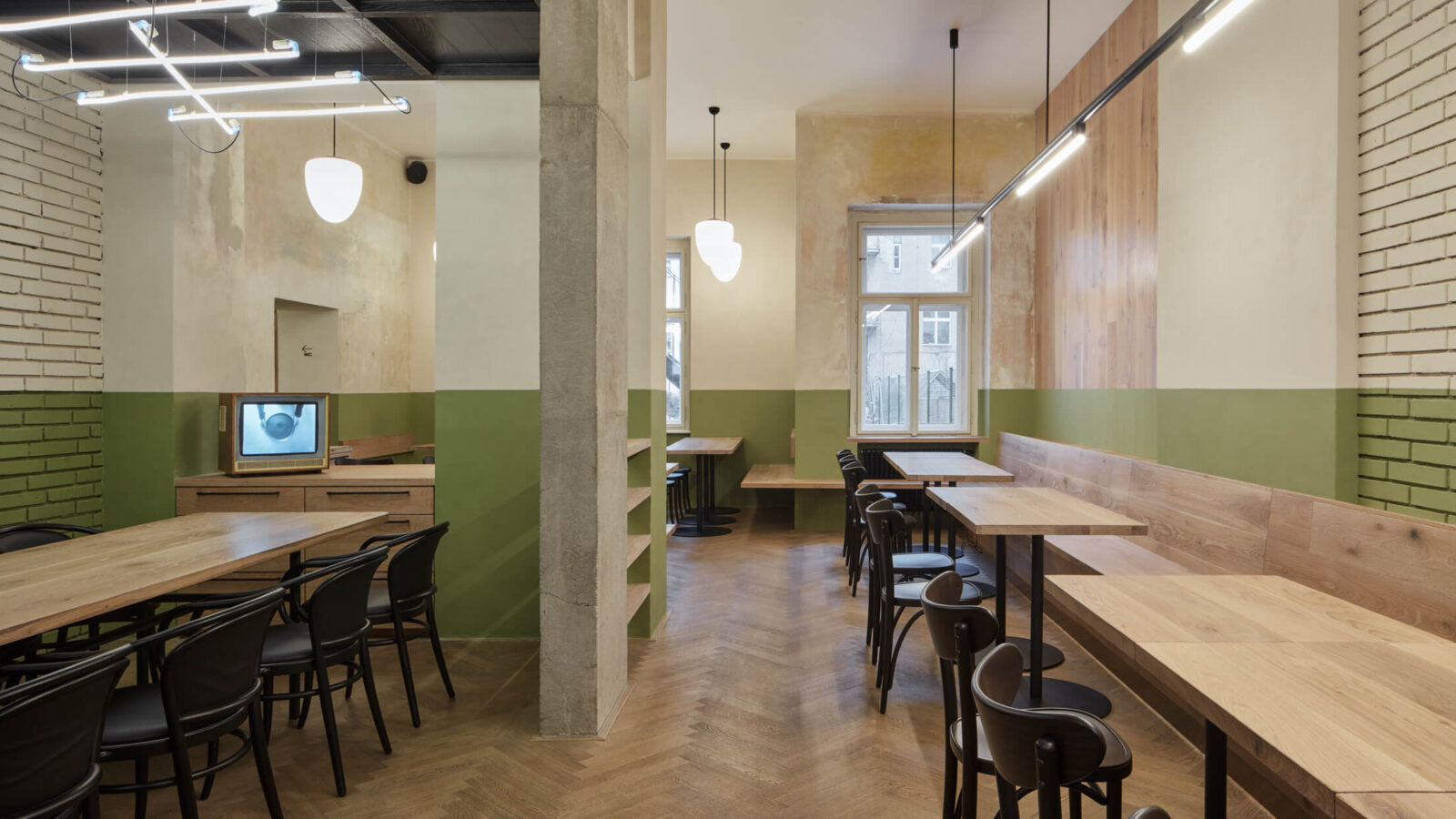 In Prague, mar.s architects Crafts a Modern Pub with a Thoughtful Nod to the Past

You could be forgiven for stepping into the Prague restaurant Výčep and thinking you had wandered into a traditional Czech worker’s bar long extant on the premises. Located in a tenement house in the city’s Vinohrady neighbourhood, Výčep has the painted brick walls, wood-panelled stand-up bar and simple pendant lighting typical of such establishments throughout the 20th century. 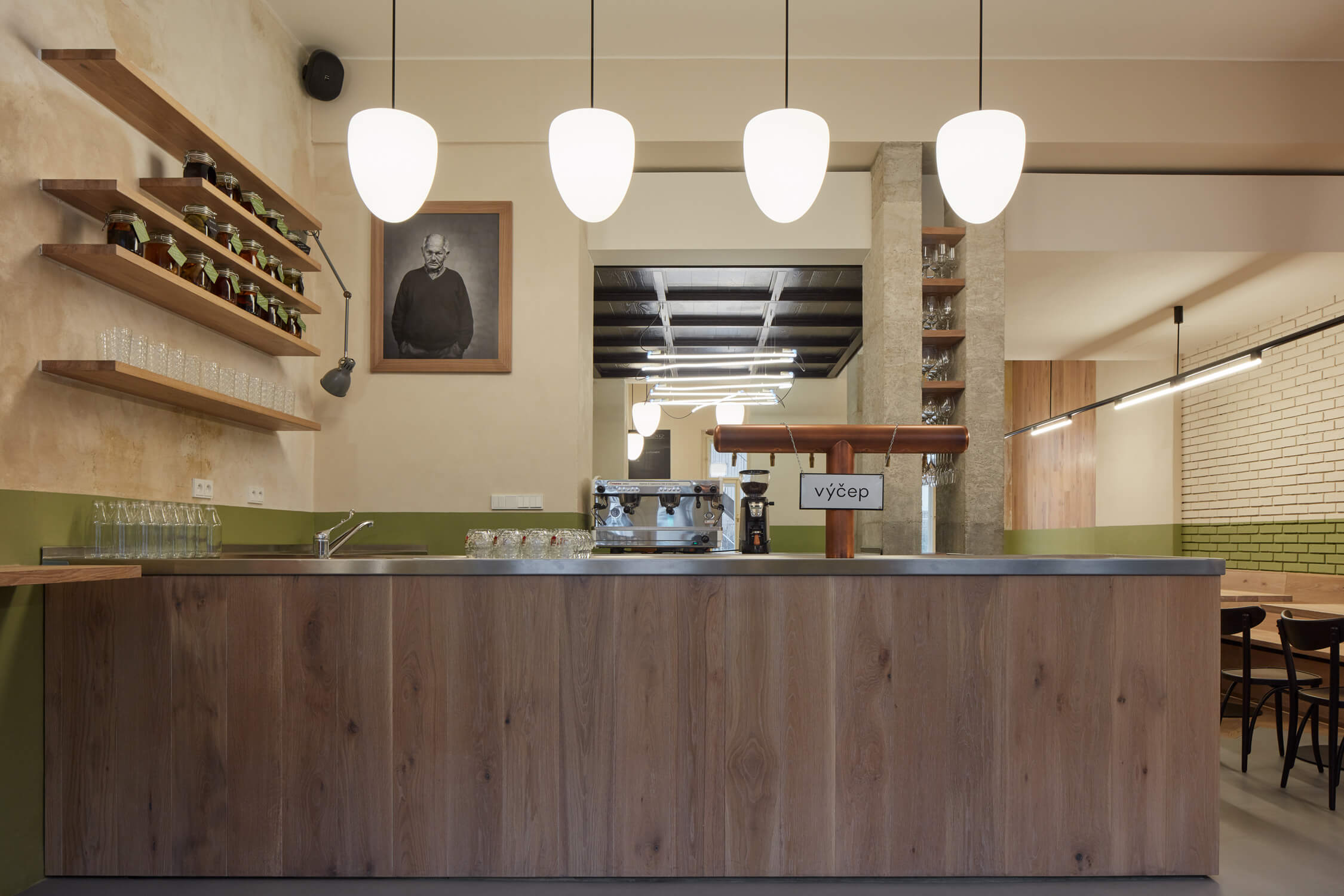 But look more closely and you’ll notice that the oak flooring installed in a traditional herringbone pattern covers only part of the room, the tiles marking the threshold to a back-of-house lounge with a jagged zigzag flourish. Overhead, decidedly contemporary tubular lights line the length of the space above a long row of tables. The fixtures are by Vojtěch Kálecký, who also designed the neon light installation hanging from a new coffered ceiling. 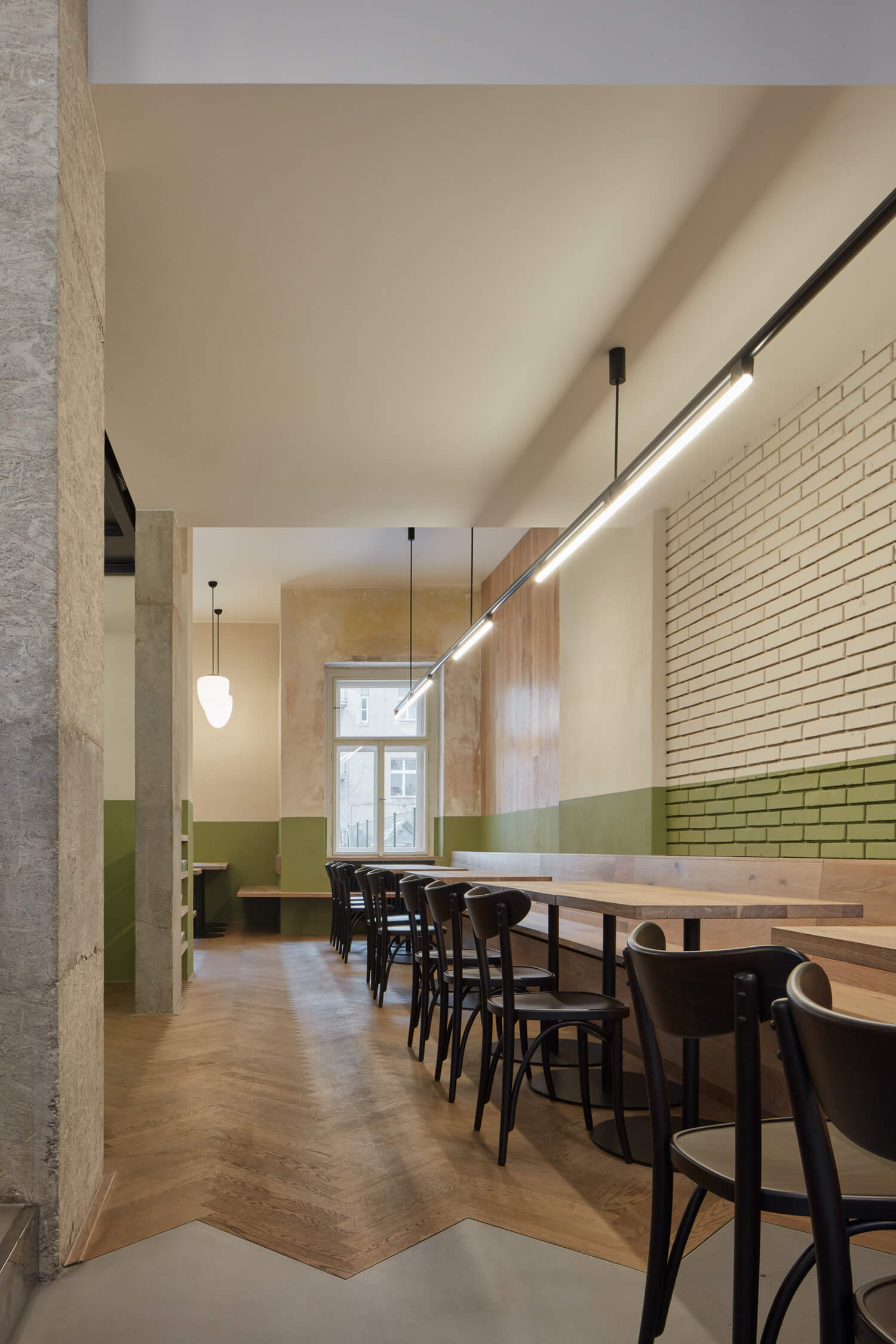 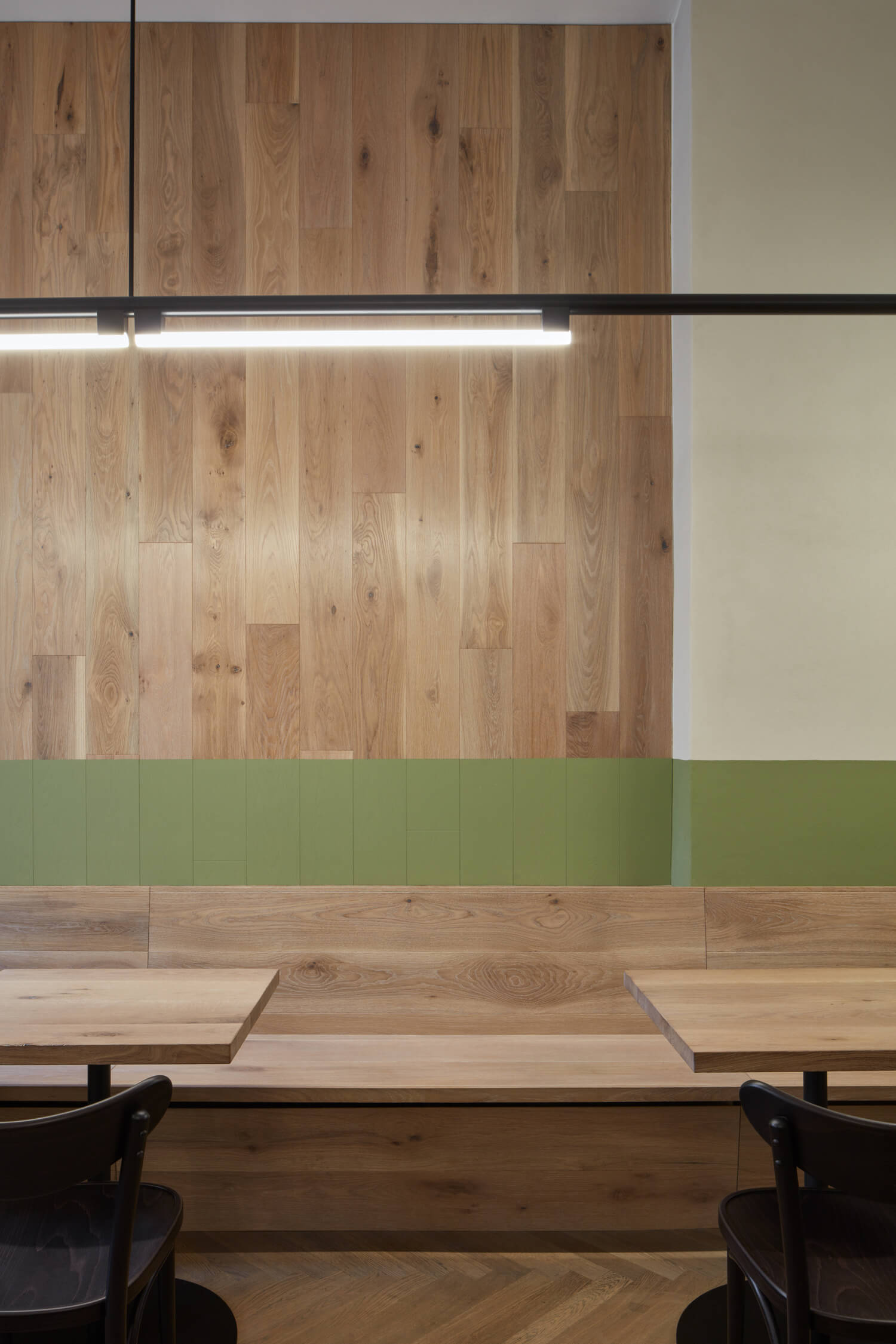 “Our aim was to design a traditional Czech pub … but interpreted in the 21st century,” says the firm behind the project, mar.s architects. “We attempted to define typical features of a Czech pub at the beginning of the 20th century and apply them in a contemporary interior.” 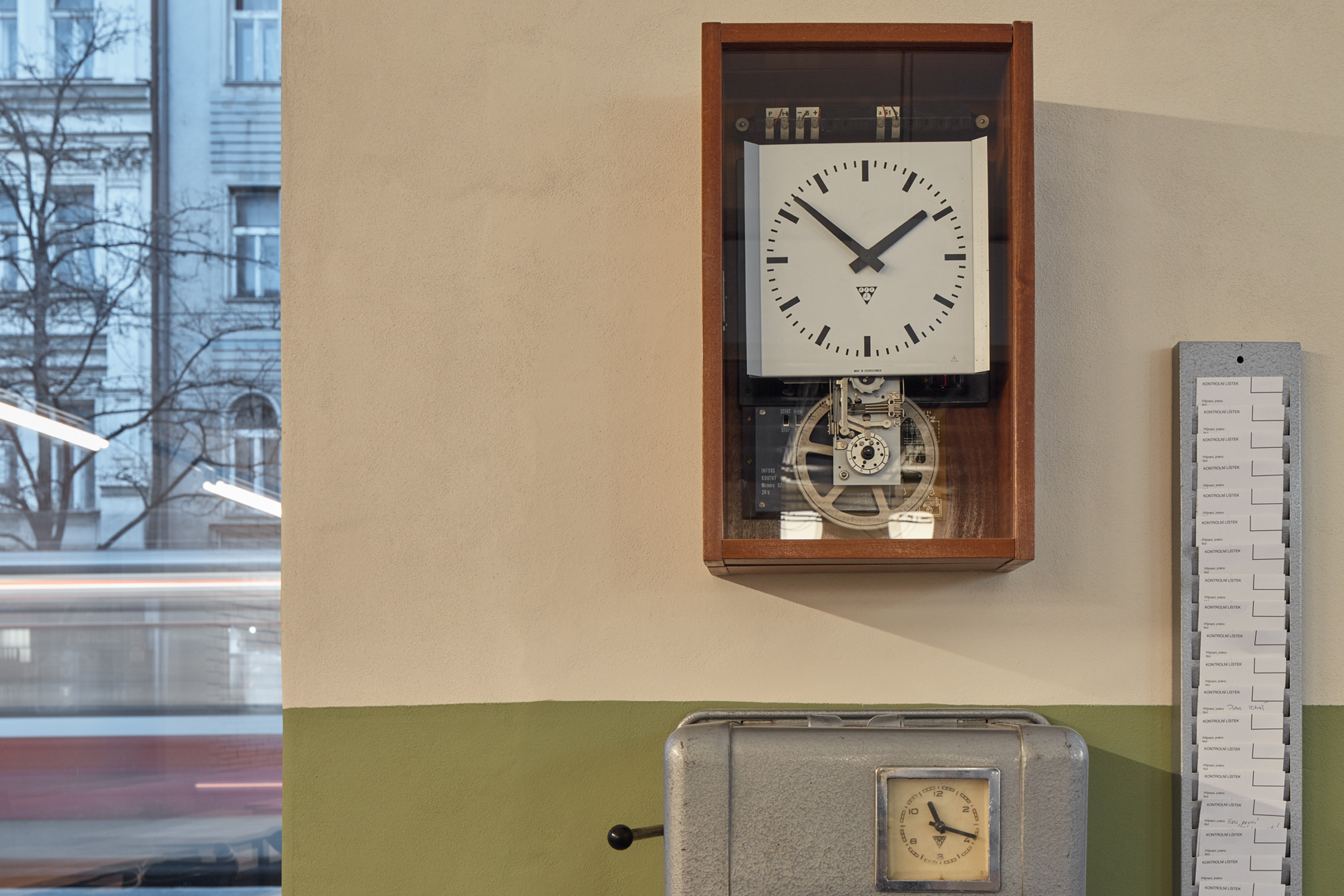 That reinterpretation begins right at the entrance, where patrons are greeted by a wood-panelled bar equipped with a handsome copper tap system. In place of the wood panelling that once covered the bottom half of walls in traditional beer parlours, washable green paint coats the lower portion of the walls around the entire space, offering the same kind of durable surface and unifying the room in a single colourful swoop. 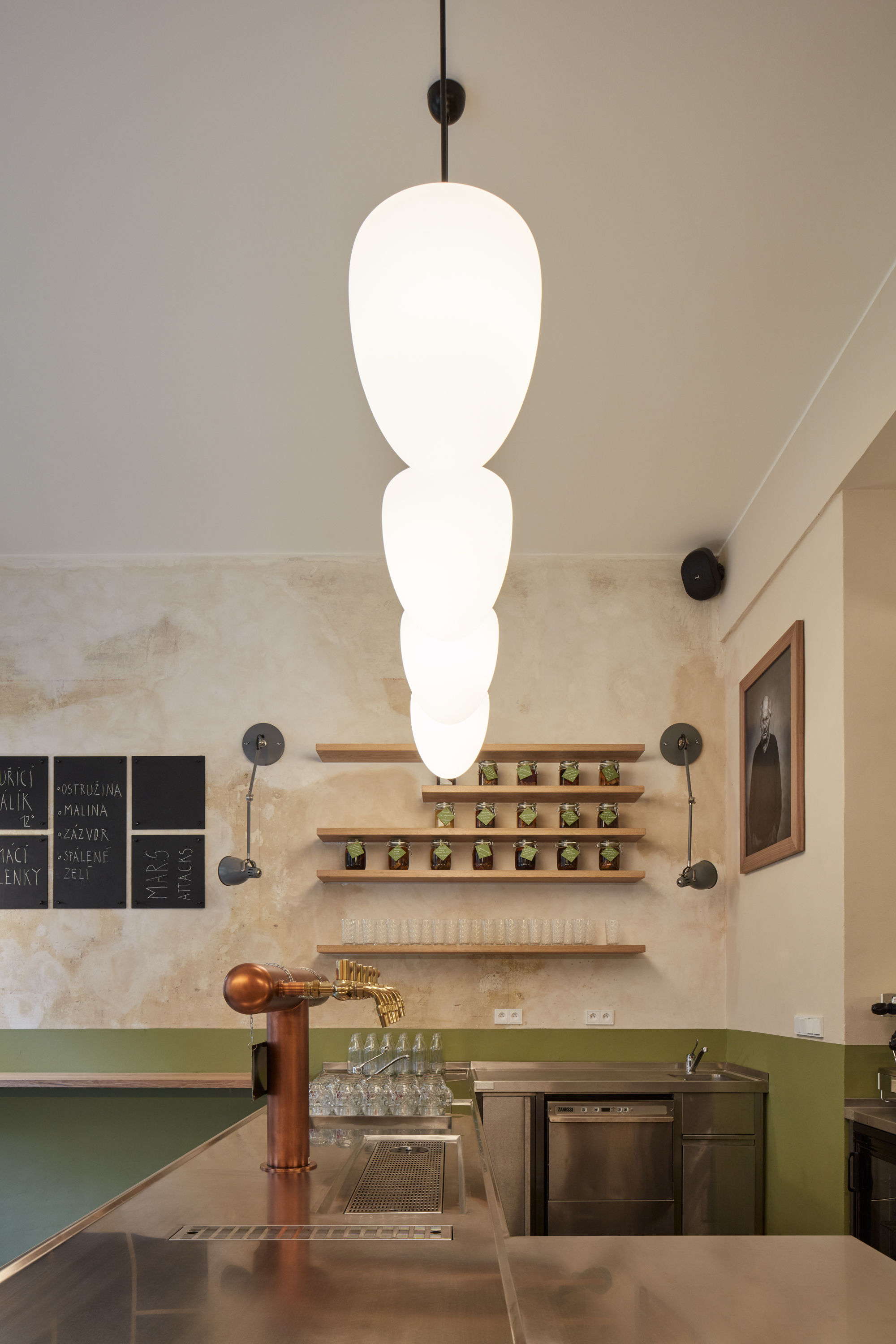 Along one side of the space, wooden benches and tables are paired with dark brown Banana pub chairs by TON. Underneath the coffered ceiling anchoring Kálecký’s minimalist light fixture sits a wooden communal table surrounded by a dozen or so TON 33 armchairs.

The distinctly contemporary lighting by Kálecký is complemented by traditional-looking pendants by Czech manufacturer Osmont. 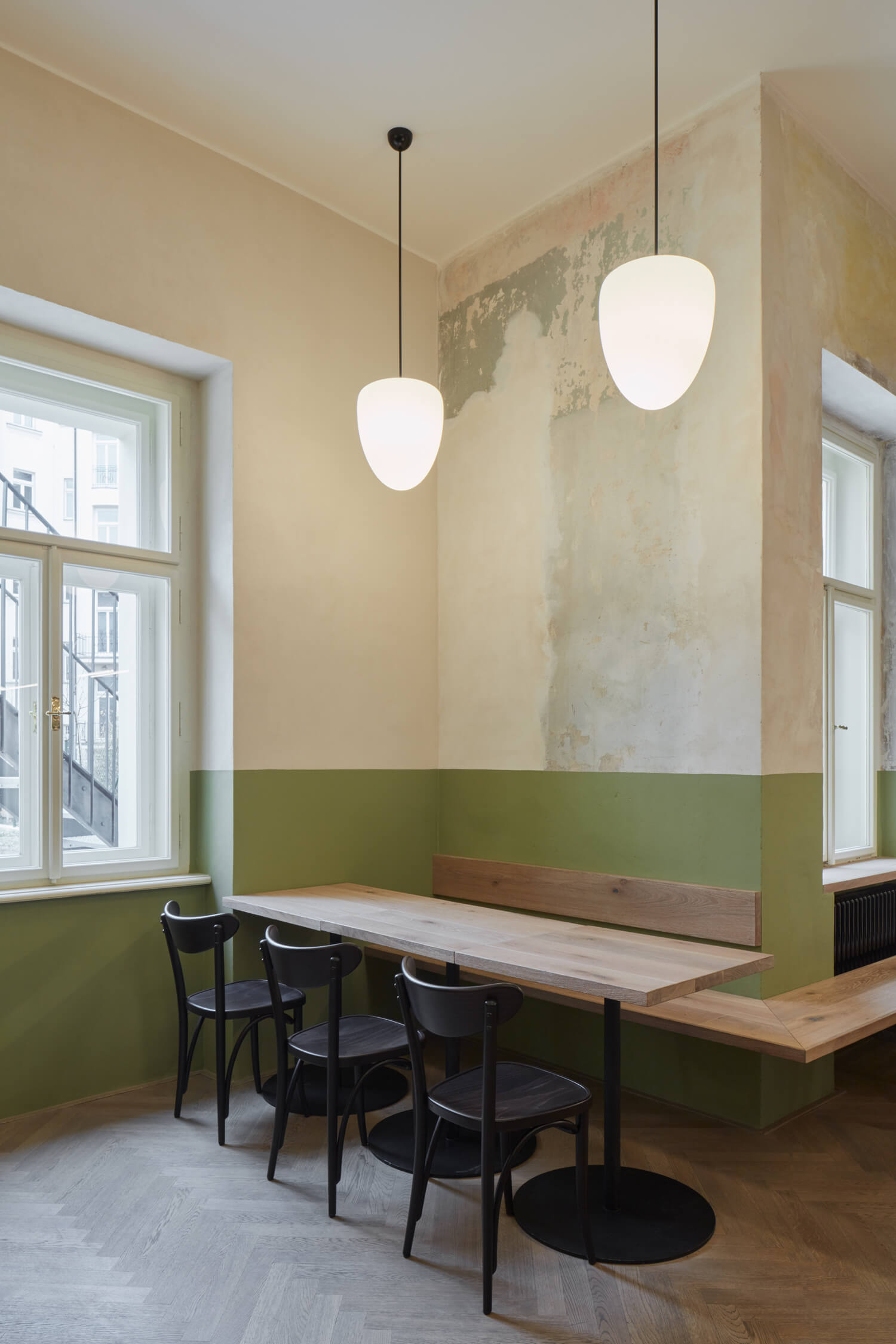 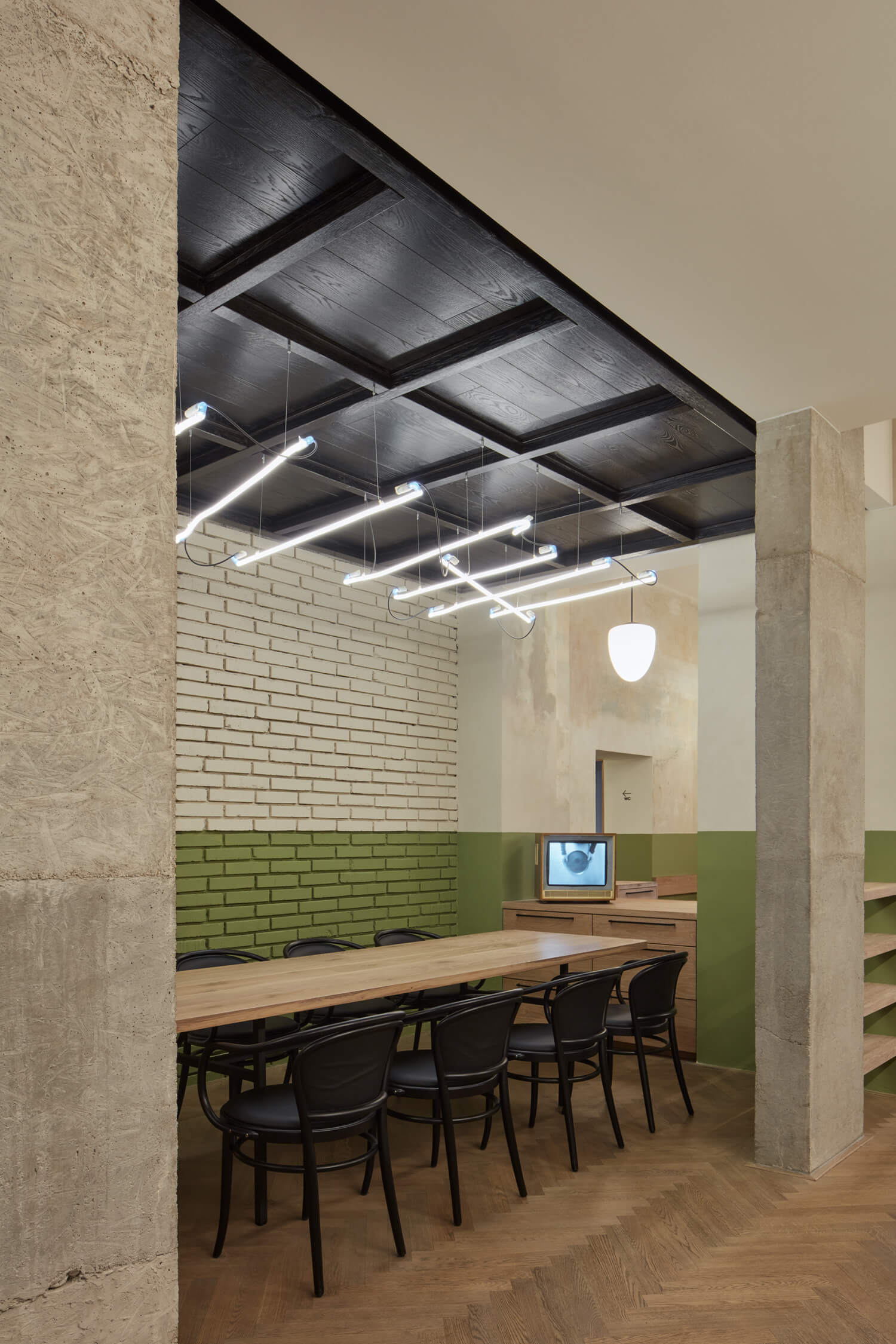 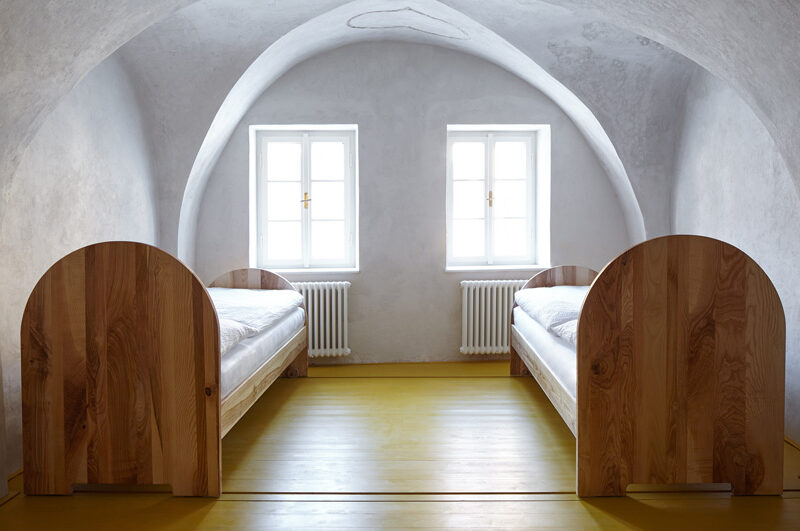 According to the architects, “the interior is only the face of Výčep’s main attraction, which is undoubtedly the excellent kitchen,” an operation that turns out “traditional Czech recipes in a brand new and unexpected way.”

While that may be so, the food and drink still have a tough act to follow, given the thoughtfulness with which mar.s has designed Výčep.

In this era of cannibalistic design and incessant re-appropriation, to evoke the past without descending into kitsch is a rare feat, one that has been achieved at Výčep with skill and cleverness in droves.