2013 in Review: Top 10 Products
From Nest's smoke alarm and Alvaro Catalán de Ocón's PET Lamps to the Bikini Island sofa by Moroso, here's to the gadgets, products and furniture that came to light in 2013 and made life easier, bolder and more fun. 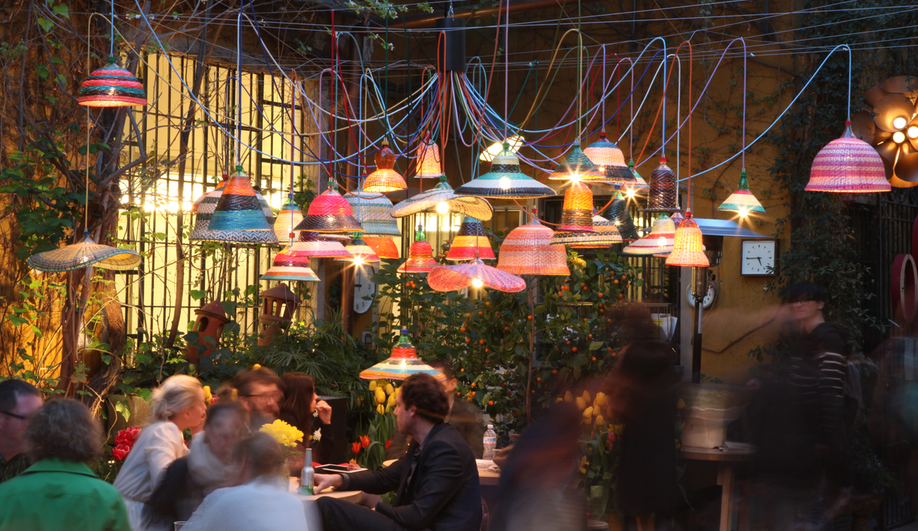 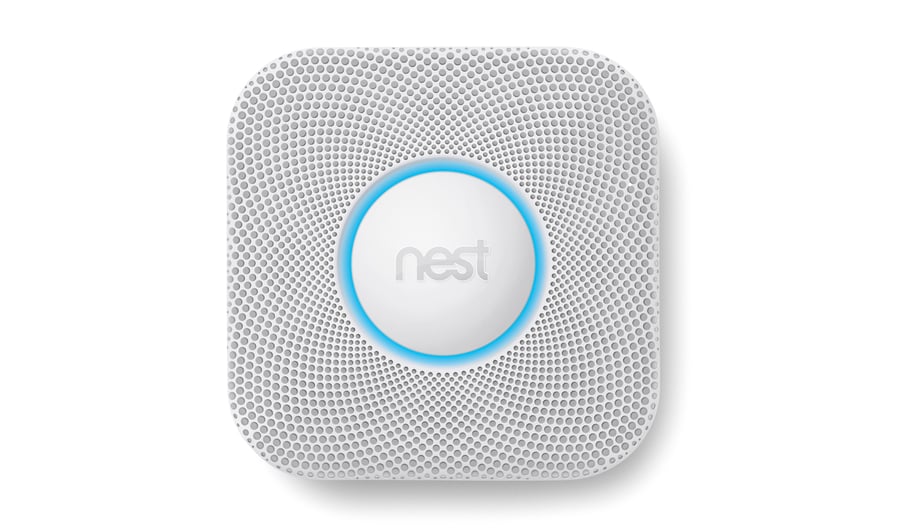 1 Protect smoke alarm by Nest
First they redesigned the thermostat, now they’ve revolutionized the smoke detector. The Palo Alto company Nest is making the necessary gadgets of our homes smarter and friendlier in both appearance and function. Announced in October (and now available for purchase), the smoke alarm alerts you by sending a text message – or by announcing, in a Siri-like voice – that something is amiss (i.e. that there’s smoke in the dining room, or its battery is about to die). It also communicates with the thermostat to turn off the furnace in case of a carbon monoxide leak. While Nest is not the only company making app-controlled home gadgets, it might become the most popular for its pleasant interface. (Watch for our story on Nest in the upcoming Jan/Feb 2014 issue of Azure.) 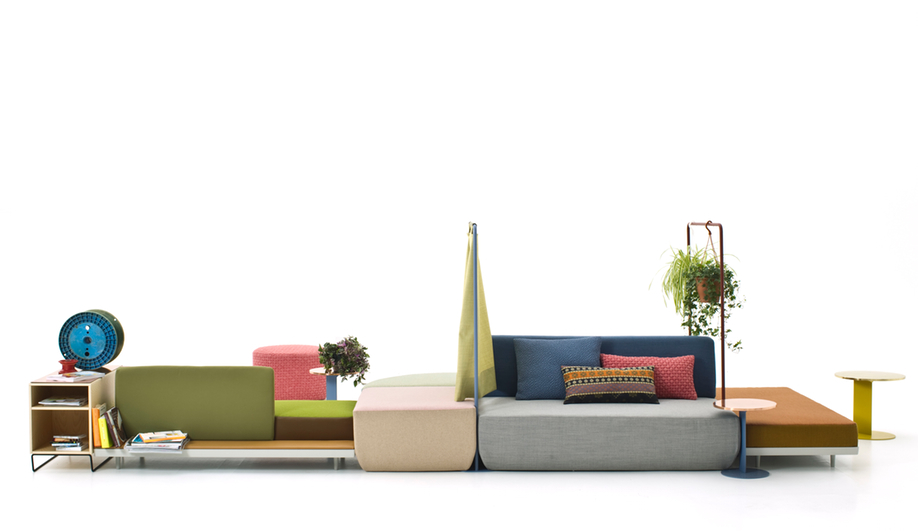 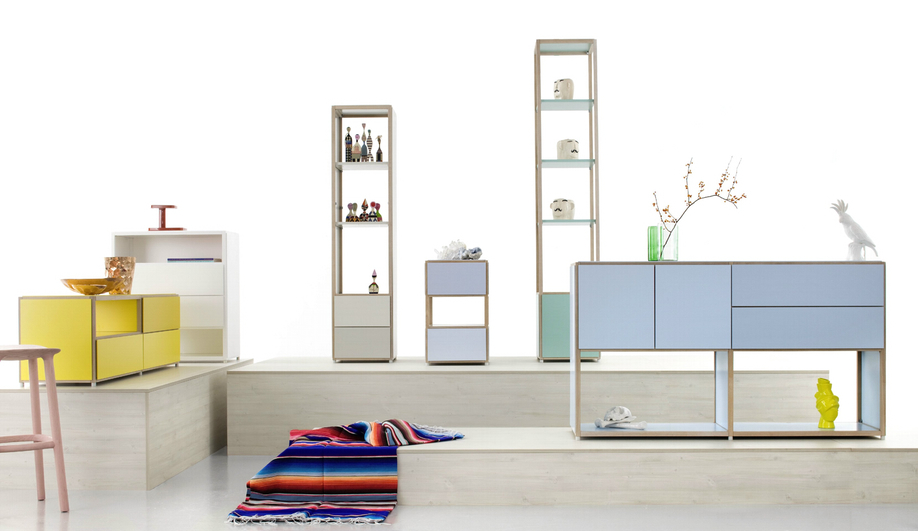 2 Werner Aisslinger‘s modular mojo
Modularity is an enduring trend; there’s even a modular phone in the works. And two Werner Aisslinger collections that debuted this year address both the practical and purely pleasurable aspects of flexible furniture systems. His ADD storage system for Flötotto, which debuted in January at IMM Cologne, is held together with an innovative three-way joint that allows you to combine components or take them away, expanding or shrinking your cabinetry according to your needs. On the other hand, his Bikini Island for Moroso, launched at April’s Salone del Mobile, feels just as fun-filled as its name suggests, with multi-hued seating, dividers, and work surfaces mixed and matched to the max. 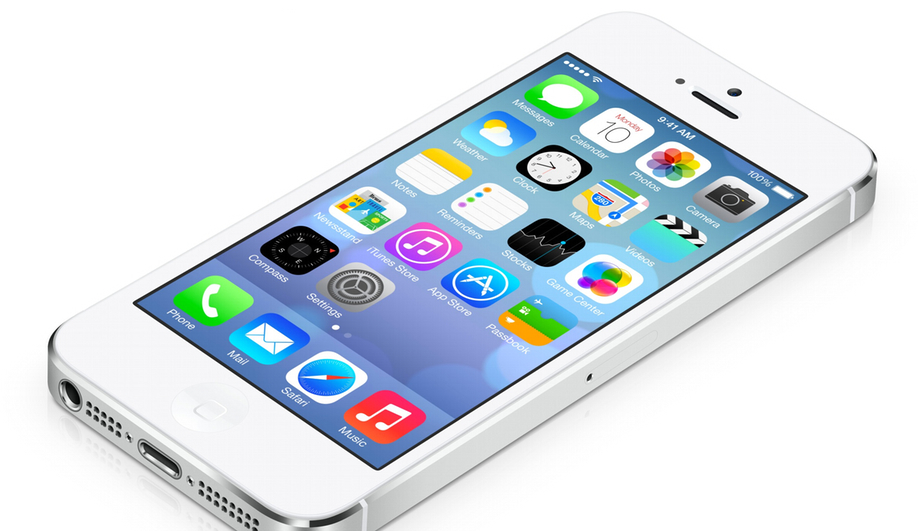 3 iOS 7 by Apple
Finally abandoning skeuomorphism in favour of flat design, Apple has inspired many a philosophical debate (and this hilarious video) with its September release of iOS 7. While some initially mourned the old drop-shadowed icons, which were visually analogous to their physical counterparts (wooden bookshelves, lined notepads, etc.), they couldn’t deny that this was a long time coming. Jonathan Ive had always championed minimalism in all facets of packaging, and the main person holding him back from applying this to the operating system was Steve Jobs. Also, both Microsoft and Google (Android) had far slicker interfaces. It was time that Apple, the darling of the design world, stepped into the future. 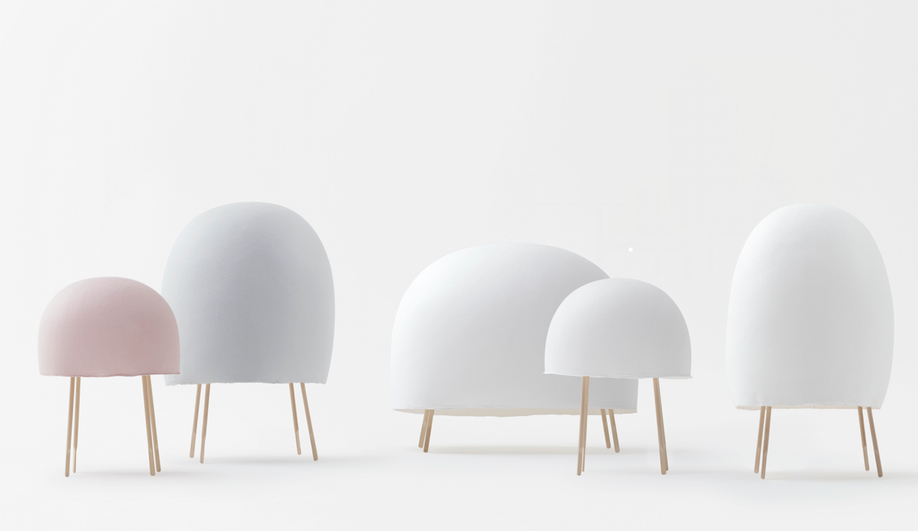 4 Nichetto=Nendo collection
In April, two of the biggest furniture talents – Stockholm-based Italian designer Luca Nichetto and the Canadian-born Tokyo ingenue Oki Sato – debuted the fruits of their collaboration. The duo created seven prototypes through a long-distance version of the tanka poem process, where one person begins a verse, then hands it off to a partner and so on. Their prototypes, including cloud-shaped shelving units, ice cream-inspired lamps and a trellis-like divider, are also a sign that designers don’t need to wait for a manufacturer to get started on an idea. As Nichetto told Azure, “Designers are creative suppliers, but they can also be another kind of partner that can propose new ways to produce and make products. I think this realization is very important right now.” 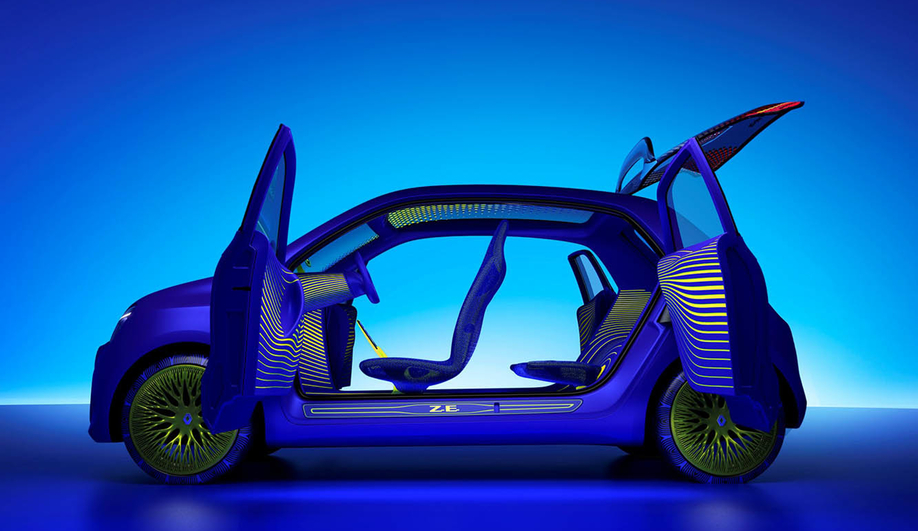 5 Twin’Z concept car by Renault
“It’s a childhood dream of any designer to design a car,” Ross Lovegrove told Italian magazine Domus, while standing in front of the realization of his fantasy: the Twin’Z prototype. The vehicle represents the height of parametric design, its carbon-fibre chassis, 3-D woven seating (reminiscent of an Aeron task chair) and interior LED show making it an automatic collectible. Rather than a dashboard, a tablet controls things like temperature and radio. While it probably is a ways away from the assembly line, the vehicle made design pilgrims to Milan Design Week stop in their tracks when they saw it at the Triennale museum – where Renault, eschewing the auto shows, chose to launch it. 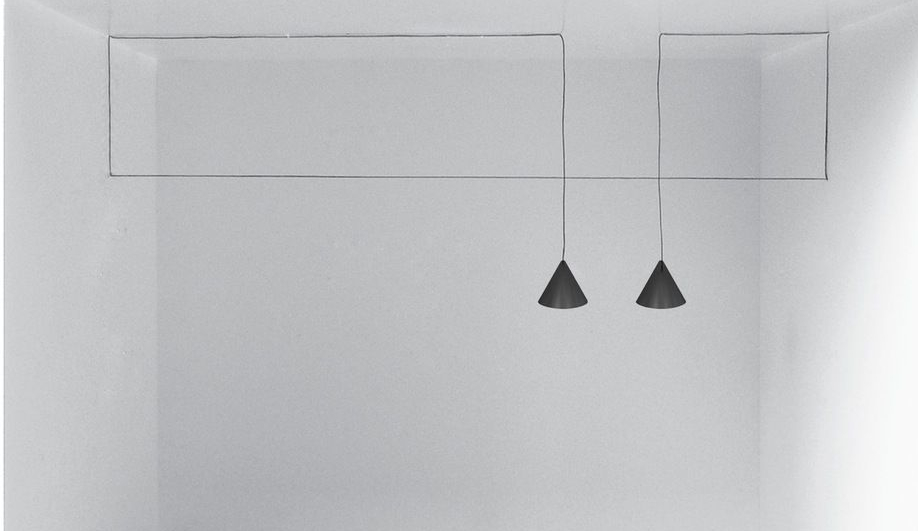 6 Michael Anastassiades for Flos
London designer Michael Anastassiades has been making poetic lighting and limited edition objects for some time now, but only began receiving acclaim in 2007, when he set up a studio to make his pieces more accessible. This year, the 46-year-old won over hearts with his marble Miracle Chips, and at Euroluce in April with a more commercial line: the String pendants for Flos. The innovative Italian lighting manufacturer puts a pragmatic spin on Anastassiades’ lighting ideas, with geometric arrangements that seem simple but are in fact boldly conceptual. 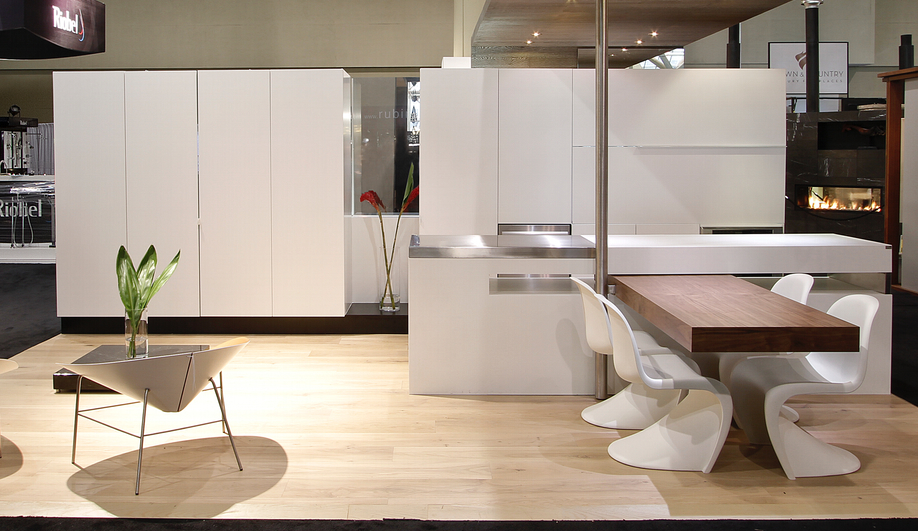 7 Johnson Chou’s Base kitchen for AyA Kitchens
Last January, at the Interior Design Show in Toronto, architect Johnson Chou showed off his Swiss knife of a kitchen, with its eponymous base unit supporting both cabinetry and, on the opposite side, a platform bed. Meanwhile, the Corian island conceals a cooktop beneath its stainless steel cover, and a solid wood table surface that folds out from it to accommodate a family dinner. In essence, it’s a kitchen that could work in both expansive and tight spaces. The collaboration highlighted both Chou’s industrial design chops, and Aya’s emerging strength as a high-end kitchen manufacturer. In fact, Aya will be debuting another designer line at IDS 2014 – the Avani line by New York’s Dror Benshetrit. 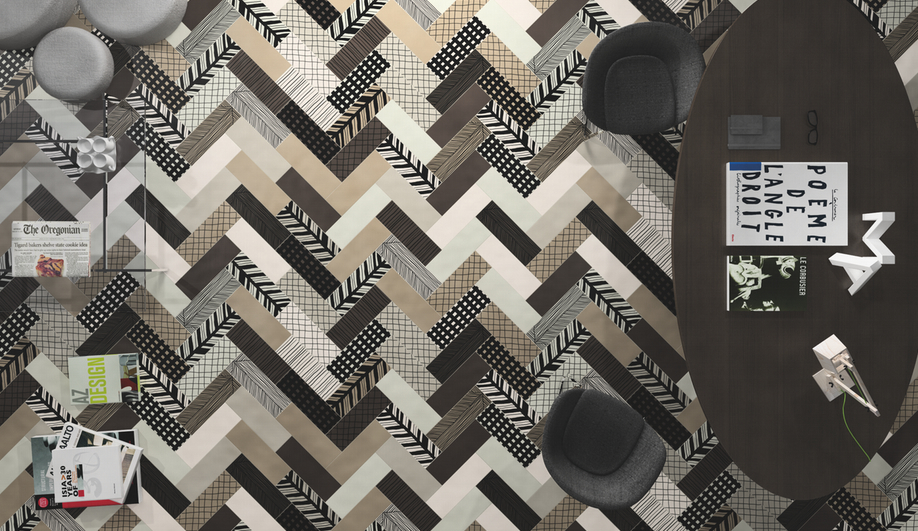 8 Chevron chic by Gamma Due, Lea Ceramiche and 41Zero42
Sassuolo, an hour from Bologna, is home to the bulk of Italy’s tile factories. And the ingenuity coming out of these companies – from anti-microbial ceramics to paper-thin cladding – is impressive. But, perhaps the most exciting trend is purely aesthetic. As seen at Cersaie, in September, companies are emphasizing a return to classic tile patterns, while still offering the ever-popular wood and concrete mimics. And the biggest microtrend herein is the chevron and herringbone motif. For floors that feel tailored to the occupants, the best bets include Lea Ceramiche’s Type-32, Gamma Due’s Mix and Match (shown) and 41zero42’s Uno. 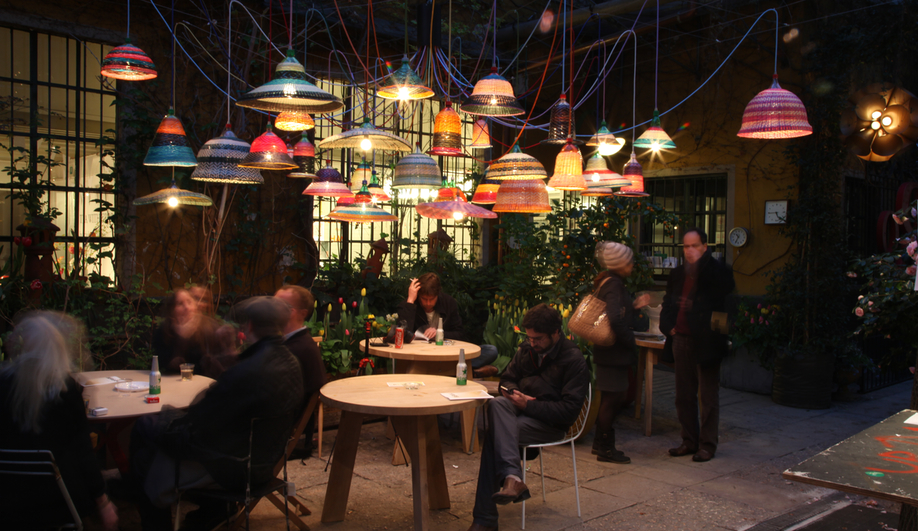 9 PET Lamps by Alvaro Catalán de Ocón
Milan’s Spazio Rossana Orlandi is a long way from Bogotà, but Alvaro Catalán de Ocón’s colourful lanterns, strung up in the gallery’s courtyard during Milan Design Week, felt right at home. Orlandi, after all, is the ultimate talent-spotter, and in this case, the ingenuity of the project goes beyond what meets the eye. The lamps represent a social design endeavour, with Catalán de Ocón employing artisans displaced by Colombia’s guerrilla warfare in weaving the pieces out of discarded PET bottles. Sold through such high-end retailers as Conran and sponsored by Coca Cola, the project is nothing short of inspiring. 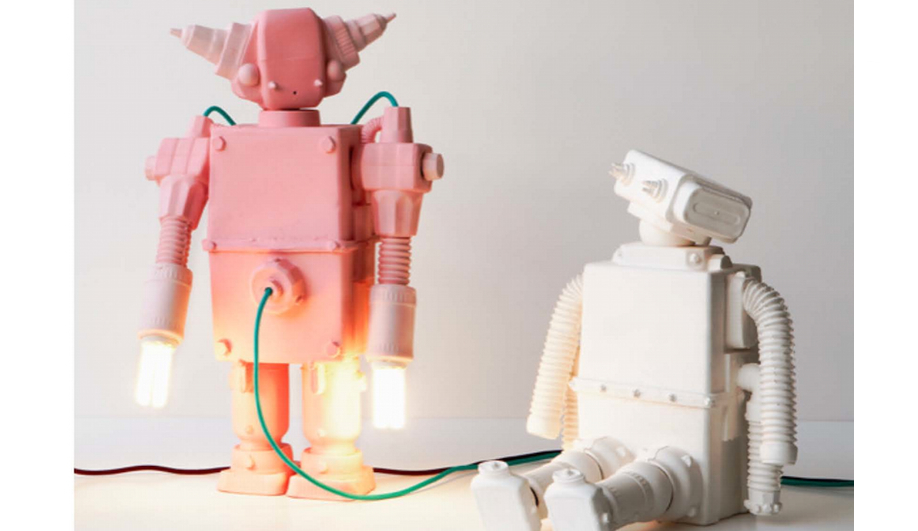 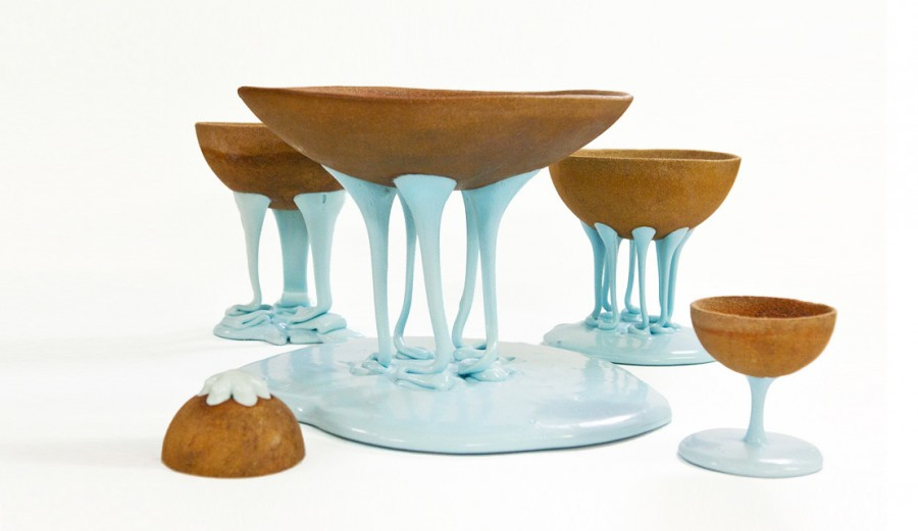 10 Wonderland exhibit during London Design Week
Last year, when 19 Greek Street opened in London, it heralded the debut of a special kind of gallery – one devoted to eclectic, yet conscientious design. During LDF in September, the venue presented an assortment of 18 pieces with loads of personality by 12 exuberant, mostly unknown designers. These included the elegant Mirror Chair by Nina Tolstrup, the adorable Ceramic Robots by Matias Limataiinan and the oddball Shaping Fluid bowls and chalices by Christina Chou Christensen. It was the kind of show that – akin to the best showcases by Academy Eindhoven grads and Salone Satellite ingenues – made you giddy about design again.