10 Must-See Architecture and Design Lectures this Autumn
From Neri & Hu to MASS Design Group’s Amie Shao, here are the top lectures on architecture and design to attend in the next couple months. 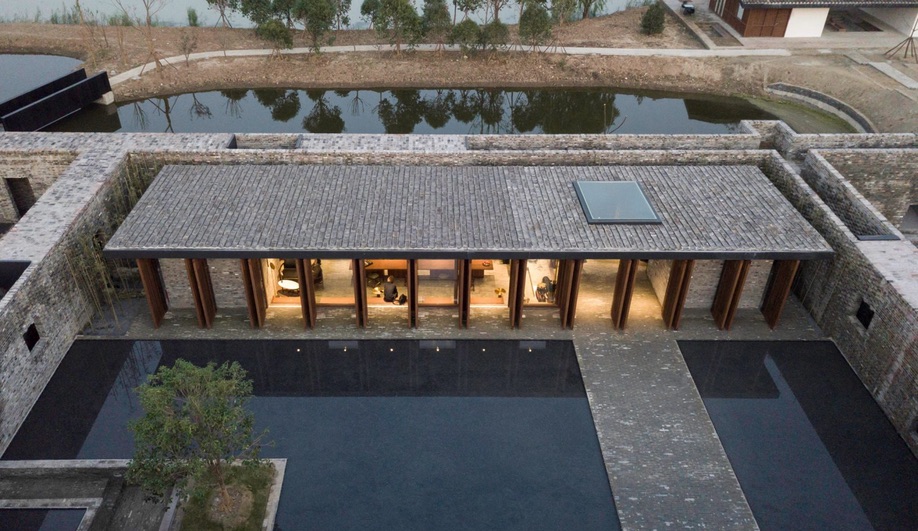 Lyndon Neri and Rossana Hu are the founders of the Shanghai-based architecture firm Neri & Hu, which is internationally renowned for its sculptural and material-driven architecture and interiors. Among its awe-inspiring projects are the Art Haus in Taipei, New Shanghai Theatre, Suzhou Chapel and The Walled – Tsingpu Yangzhou Retreat (above), which won an AZ Award of Merit in 2018. The duo are also the Fall 2018 Norman R. Foster Visiting Professors at the Yale School of Architecture, where they are giving this talk.

2 Sou Fujimoto: Between Nature and Architecture 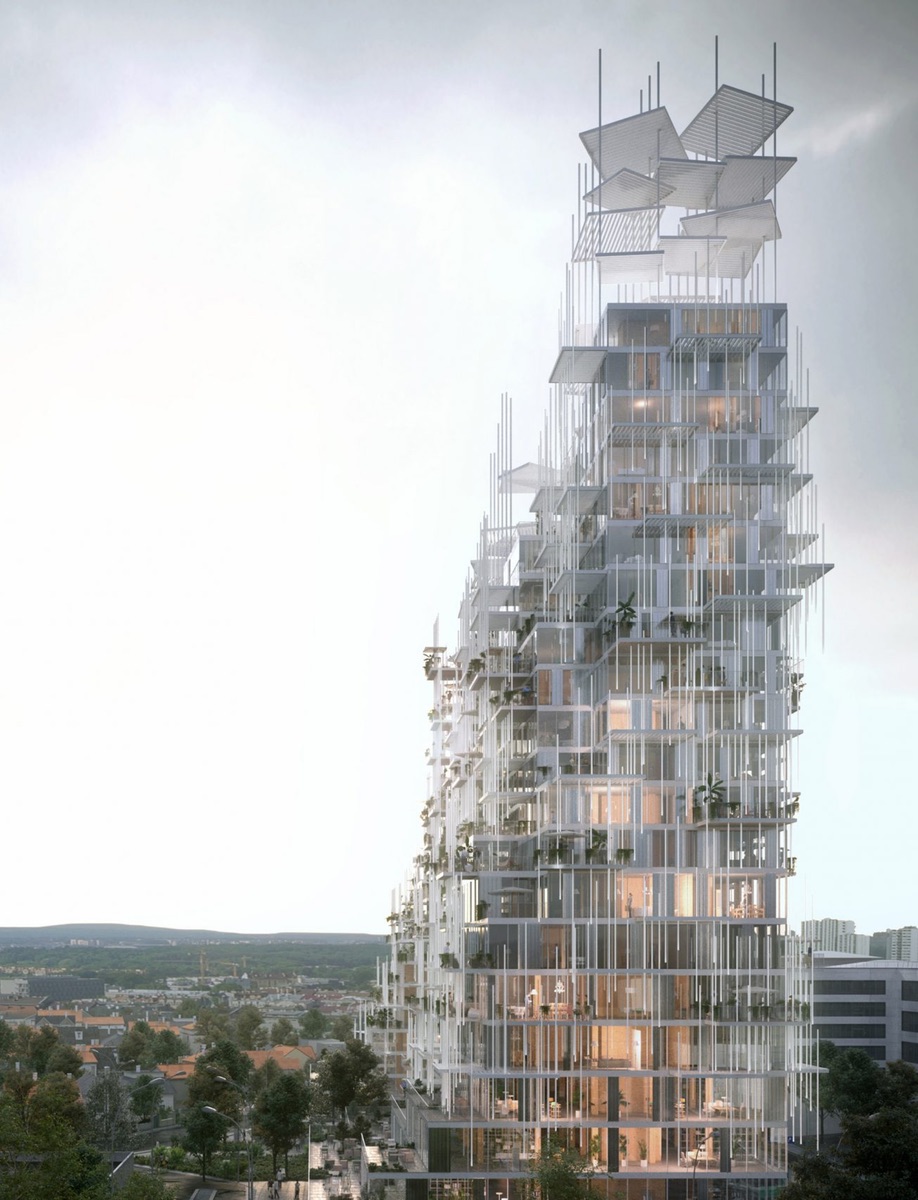 Okay, so there are two amazing talks on October 11. Sou Fujimoto is the Japanese architect best known for his ethereal 2013 Serpentine pavilion and daring Mille Arbres proposal for Paris, In this past year alone, Fujimoto won two international competitions: for a plant-filled vertical village on the site of Rosny-sous-Bois, pictured above, and for a glass-encased stack of boxes for the HSG Learning Center in Saint Gallen – both rendered in his signature ghostly white.

3 Design’s Future in the Era of Trump 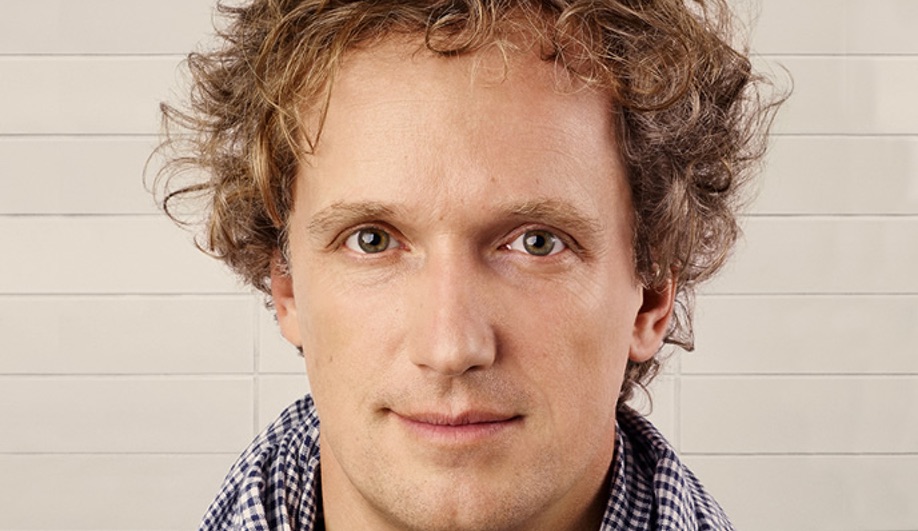 In this talk hosted by Be Original Americas, panelists Yves Béhar (of Fuseproject), Laura Guido Clark (of LGC Design), Ted Boerner, Primo Orpilla (Studio O+A), Derek Chen (Council Design) and Collin Burry (of Gensler) join moderator Suzanne LaBarre, Fast Company’s design editor, to discuss how the new trade tariffs and sanctions are affecting multiple design industries. These experts in manufacturing, industrial design, and architecture will delve into their experiences and share thoughts on the future of design in the era of Trump’s trade wars. 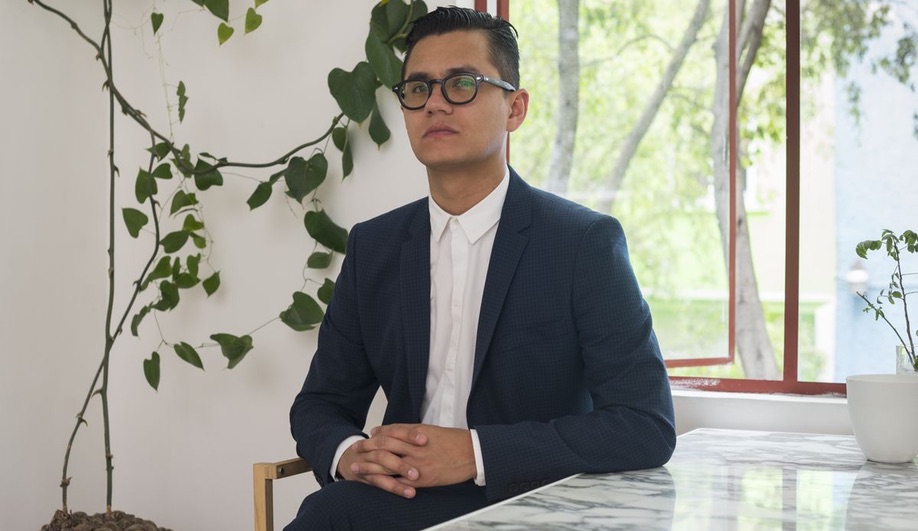 Recently appointed as director of New York’s boundary-pushing Storefront for Art and Architecture, Mexican architect, curator and writer José Esparza Chong Cuy delivers this talk at Harvard. Prior to his new appointment, Esparza Chong Cuy held curatorial positions at the Museum of Contemporary Art Chicago, the Lisbon Architecture Triennial and Mexico City’s Museo Jumex. His upcoming projects include a major commission with Federico Herrero, a solo exhibition with Jonathas de Andrade, and a large-scale retrospective on the life and work of Lina Bo Bardi, co-organized with the Museu de arte de São Paulo and the Museo Jumex.

The entire roster of Designthinkers, the annual symposium organized by RGD, is well worth checking out, but we are especially excited to hear from legendary brand designer Michael Bierut, a partner in the New York office of Pentagram. His clients have included The New York Times, Saks Fifth Avenue, Mastercard, MIT Media Lab and – perhaps most impressively – Hillary Clinton. He also teaches at the Yale School of Art and the Yale School of Management and is a co-founder of the website Design Observer and the author of two books, 79 Short Essays on Design and How to use graphic design to sell things, explain things, make things look better, make people laugh, make people cry and (every once in a while) change the world. Here’s his guide to success for the lazy designer, from the last time he appeared at Designthinkers. 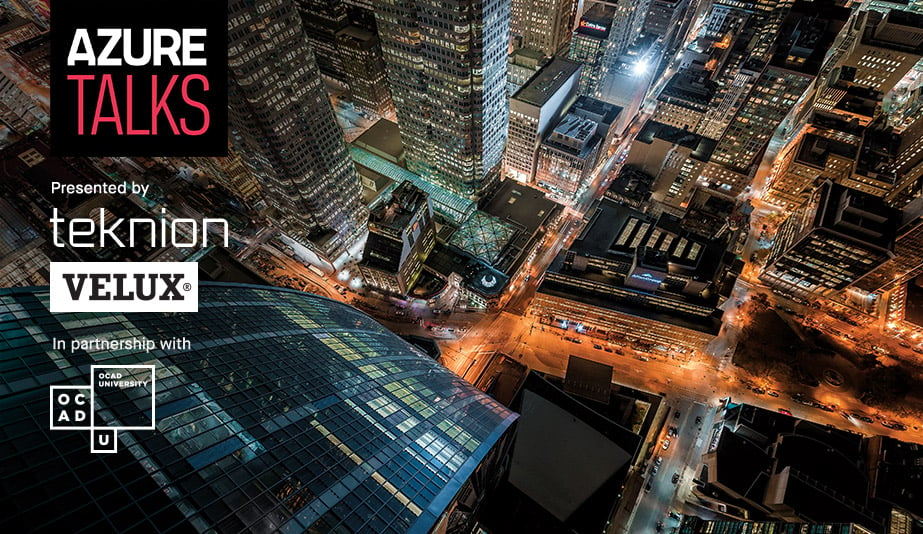 Are our cities becoming a monoculture of the superrich? What can we do to ensure that housing and public space are available to all? And how do we maintain dynamic retail, restaurant and cultural scenes in the face of skyrocketing rents and taxes? This Azure Talk will delve into solutions-focused ideas by a panel of urban thinkers, architects and designers: architect, educator and advocate Gregory Henriquez, architect and educator Meg Graham, urban designer, educator and writer Ken Greenberg, and architect and urbanist Antonio Gomez-Palacio. 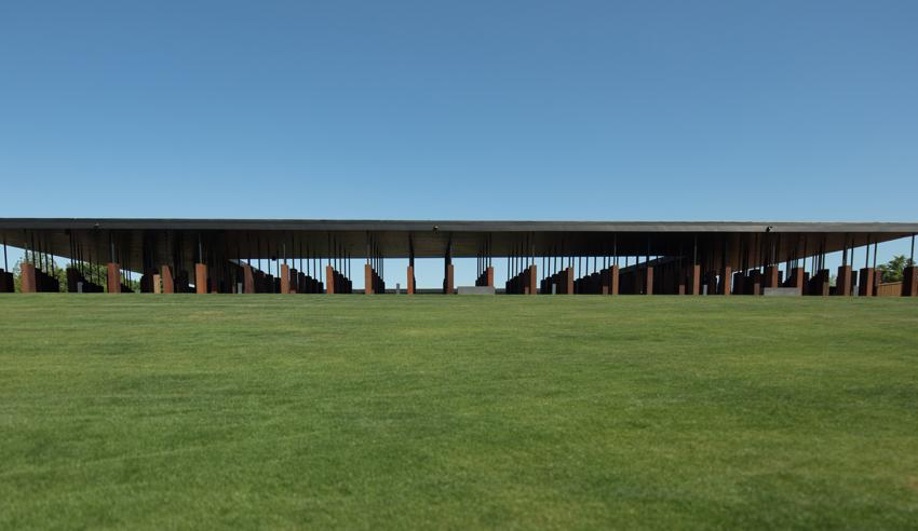 Amie Shao, a principal at MASS Design Group, presents a talk as part of the Hyde Lecture Series at the University of Nebraska-Lincoln’s College of Architecture. MASS Design Group has garnered international acclaim for its socially conscious approach to architecture, which has resulted in such projects as The National Memorial for Peace and Justice (above), in Montgomery, Alabama, and the Butaro District Hospital in Rwanda. 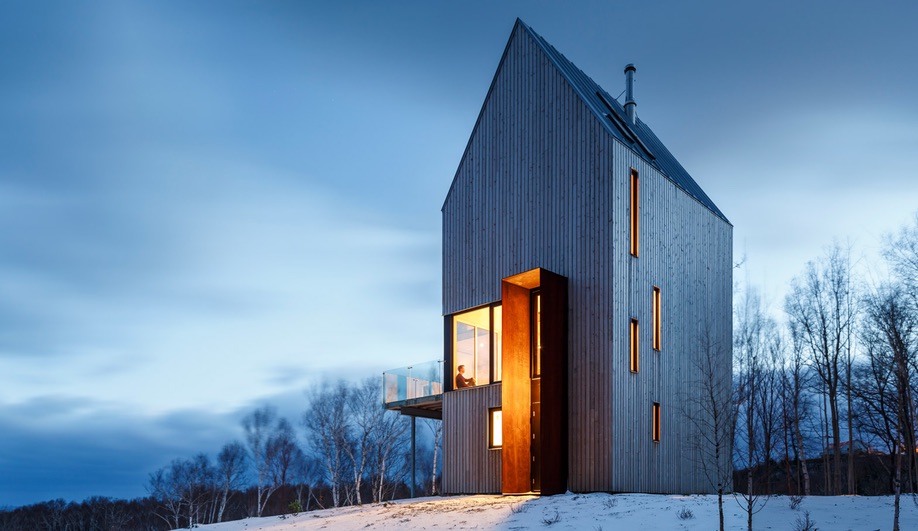 Architect Omar Gandhi made his name in Nova Scotia, where he took the East Coast vernacular to new levels with resplendent residential projects such as Float, Moore Studio and Sluice Point. Now with offices in Toronto and Halifax, Gandhi has added a third city to his itinerary: New Haven, Connecticut, where he has been appointed the Louis I. Kahn visiting assistant professor at the Yale School of Architecture for the fall semester of the 2018-19 academic year. This lecture at Yale comes on the heels of his accepting a Governor General’s Medal in Architecture for one of his most acclaimed homes, Rabbit Snare Gorge.

9 Anna Heringer: Architecture is a Tool to Improve Lives 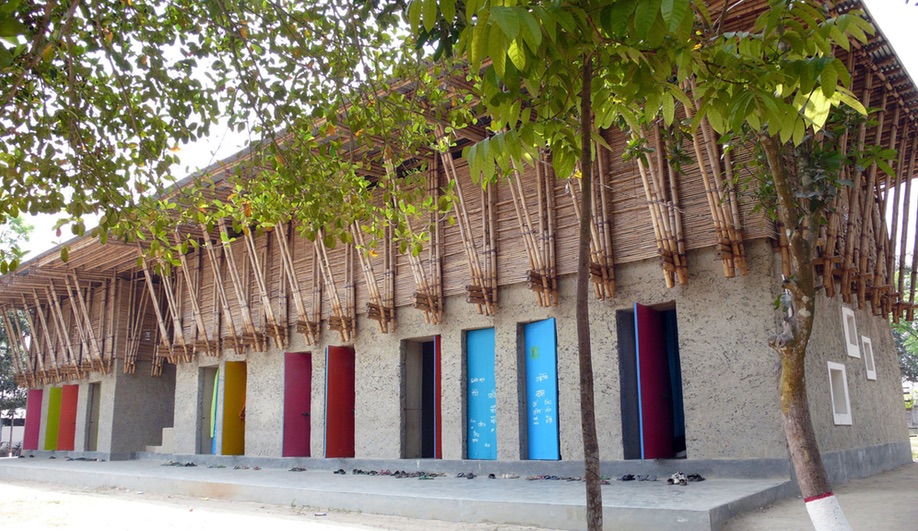 Architect Anna Heringer serves as honorary professor of the UNESCO Chair of Earthen Architecture, Building Cultures, and Sustainable Development; and Aga Khan Design Critic in Architecture at Harvard GSD. Her diploma work, the METI School in Rudrapur, as seen above, was realized in 2005 and won the Aga Khan Award for Architecture in 2007. Over the years, she has realized further projects in Asia, Africa, and Europe. Together with Martin Rauch she has developed the method of clay storming that she teaches at various universities, including ETH Zurich, UP Madrid, TU Munich. In 2013, with Andres Lepik and Hubert Klumpner, she initiated the Laufenmanifesto, where practitioners and academics from around the world contributed to define guidelines for a humane design culture.

10 Home and Away: Alison Brooks and Brigitte Shim 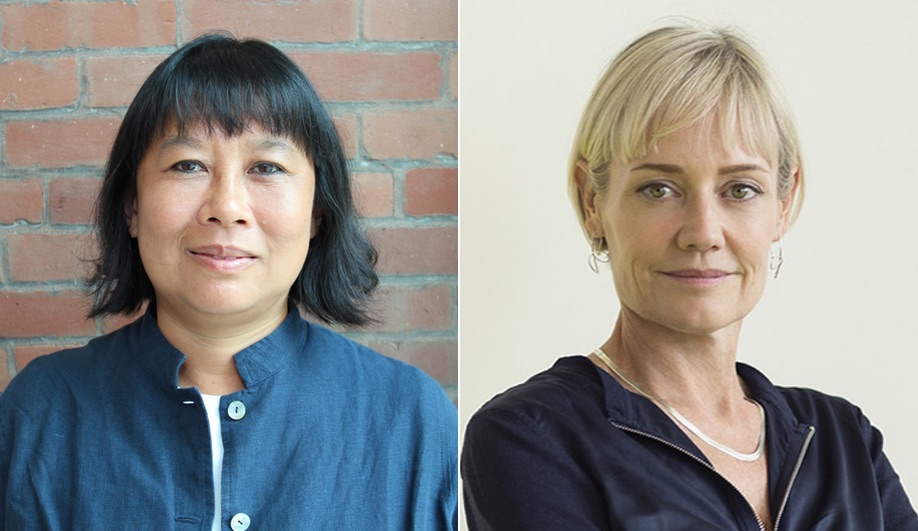 One of the leading architects of her generation, Canadian-born, London-based Alison Brooks has attracted international acclaim for her firm’s conceptual rigour, sculptural quality and ingenious detailing, exemplified by the spectacular new Cohen Quadrangle for Exeter College, Oxford. Brigitte Shim is a founding principal at Shim-Sutcliffe Architects, a Toronto firm revered for its attention to detail in projects including the Integral House, the Sisters of St. Joseph Residence and the Wong Dai Sin Temple. Their talk is part of the University of Toronto, Daniels Faculty’s Home and Away lecture series, which pairs an international speaker with a Canadian-based voice.