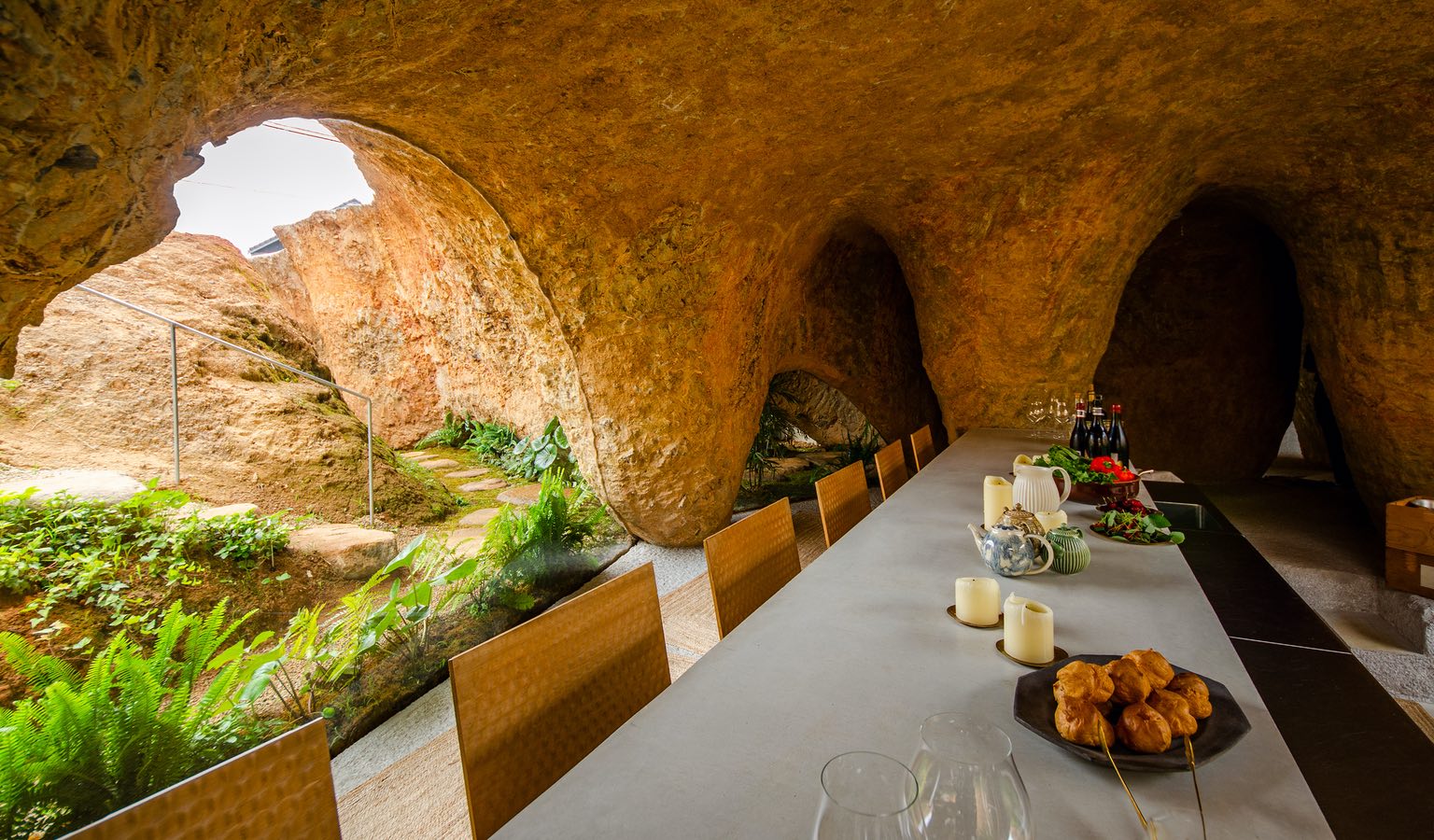 The Tokyo architect creates a down-to-earth — yet completely out of-this-world — dining spot that doubles as a chef’s family home.

Many destination dining spots seek to inspire a deeper appreciation for the ground in which their ingredients are grown, either by extensively detailing each vegetable’s origins on their menus or by harvesting them directly onsite. In Ube, Japan, architect Junya Ishigami has helped a childhood friend open a restaurant that takes a different approach, highlighting the connection between soil and sustenance by operating out of a mud-encased cave sunken right into the earth. 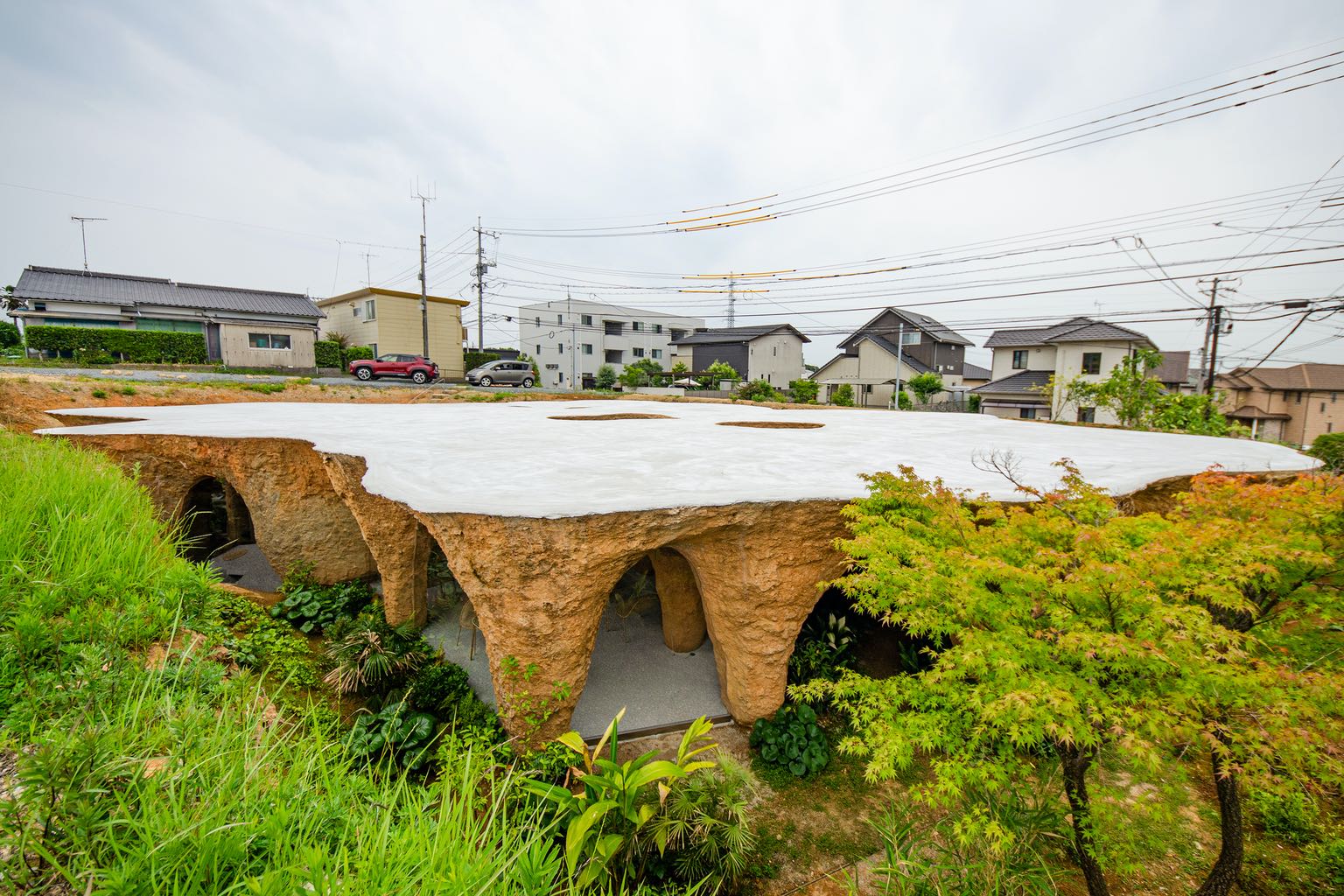 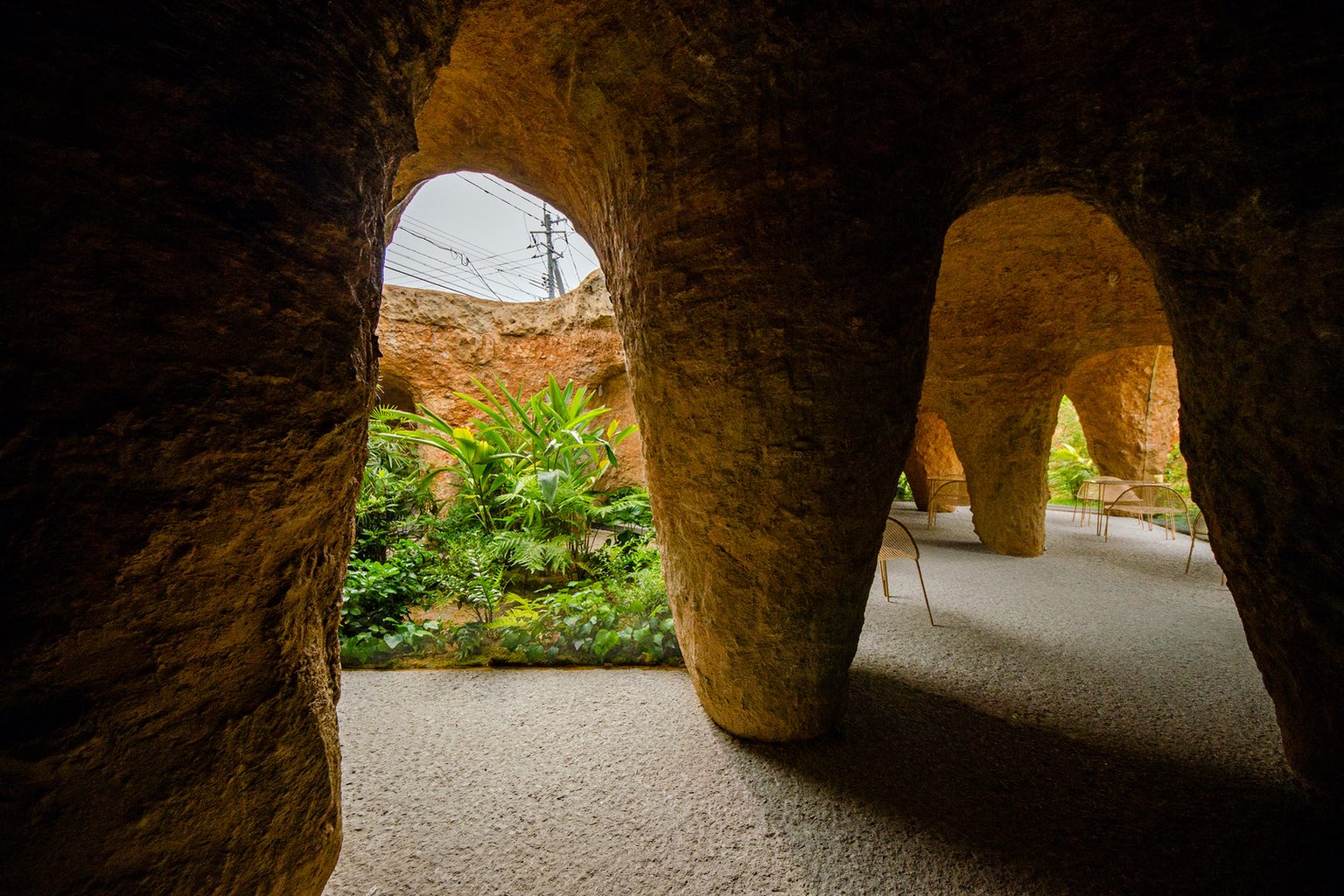 The idea of something heavy and weathered also spoke to Hirata’s desire for a timeless building with a feeling of pre-existing history. Adding to the challenge was the fact that the design had to accommodate not just the chef’s restaurant, but also housing for him and his family. 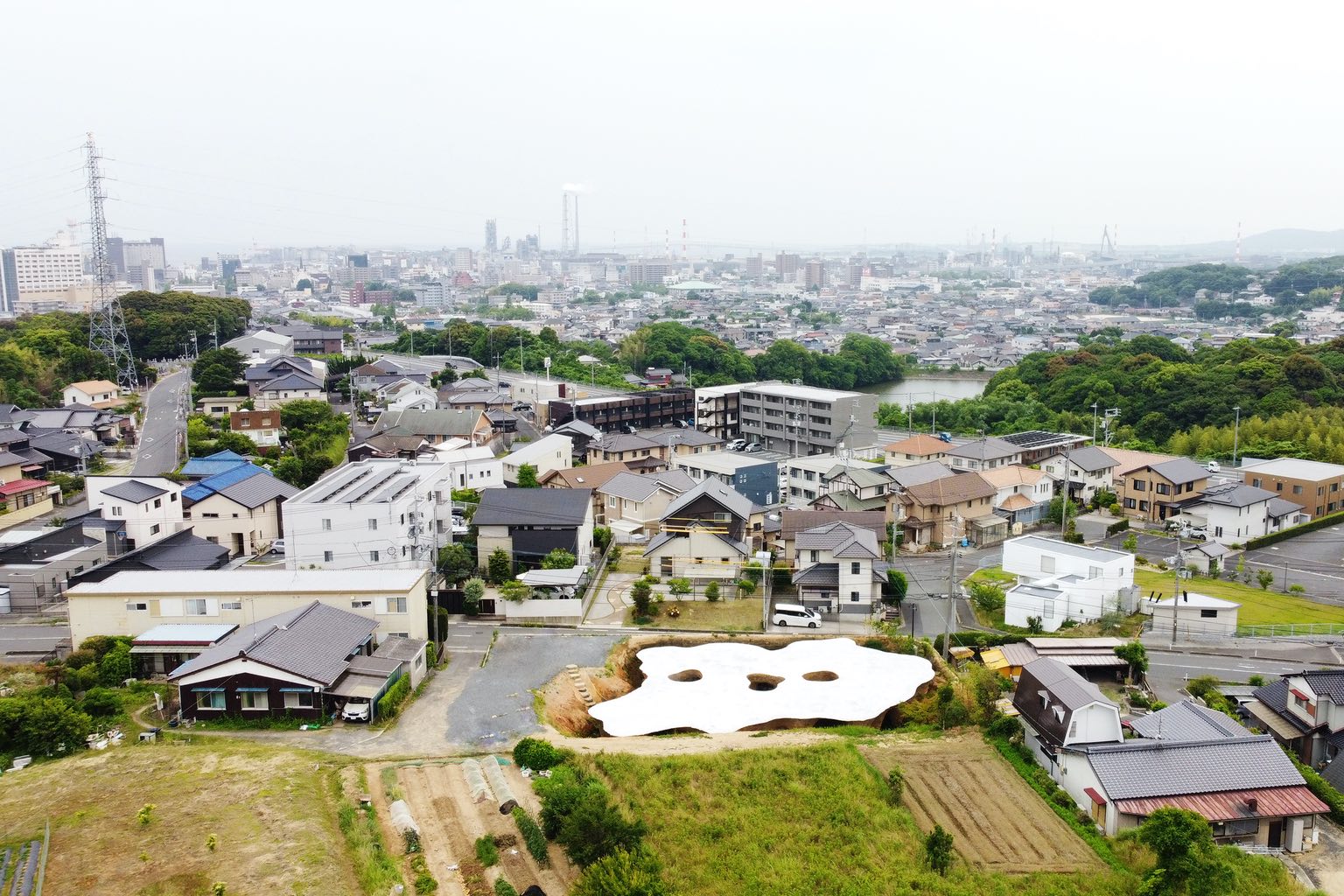 The concept that Ishigami and his team developed positions the building’s white-painted concrete roof at grade, hiding its cave-like dining and living spaces underground within an excavated trench. 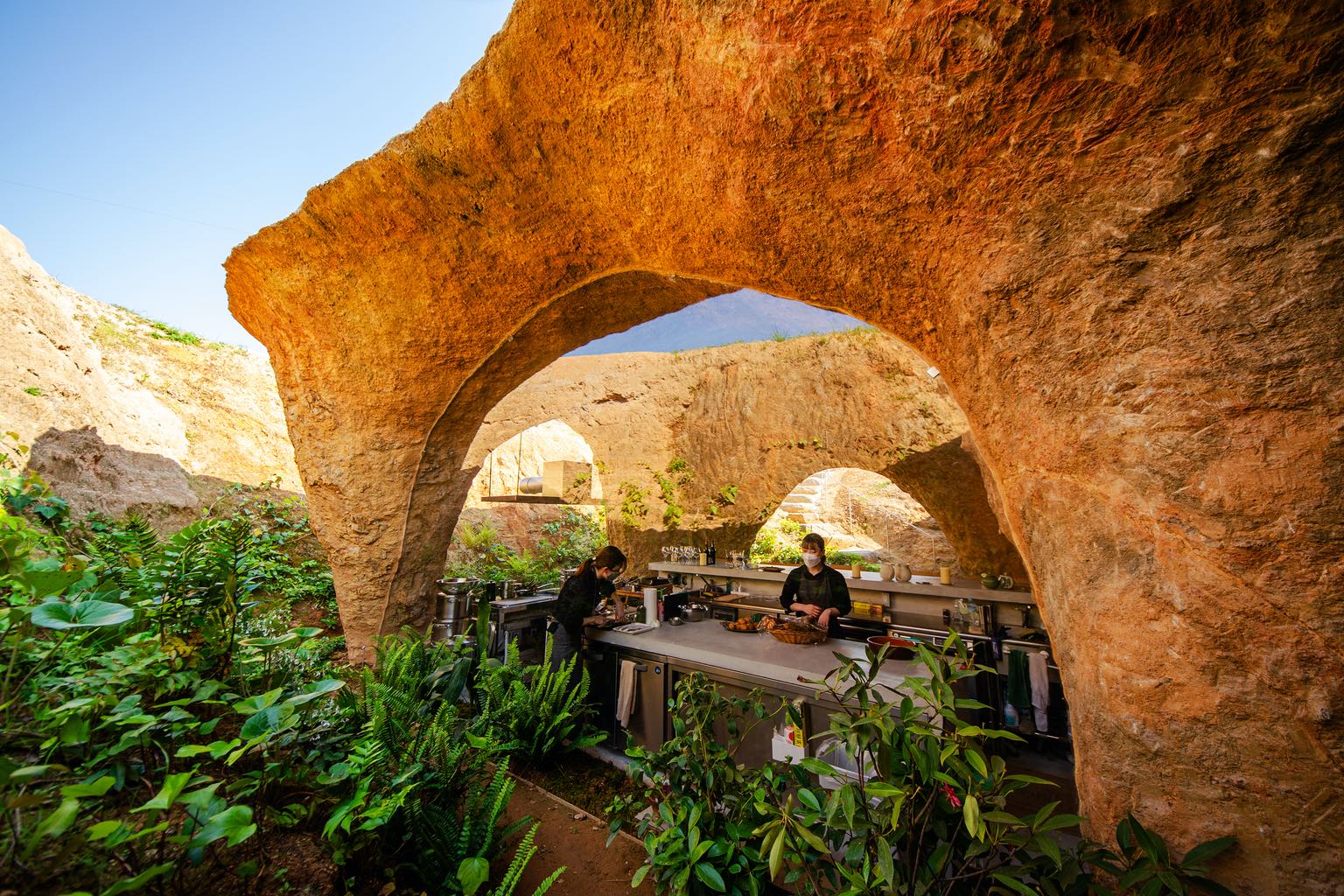 The restaurant is focused at the northern end of the site, separated from the southern residence by a trio of open-air courtyards. 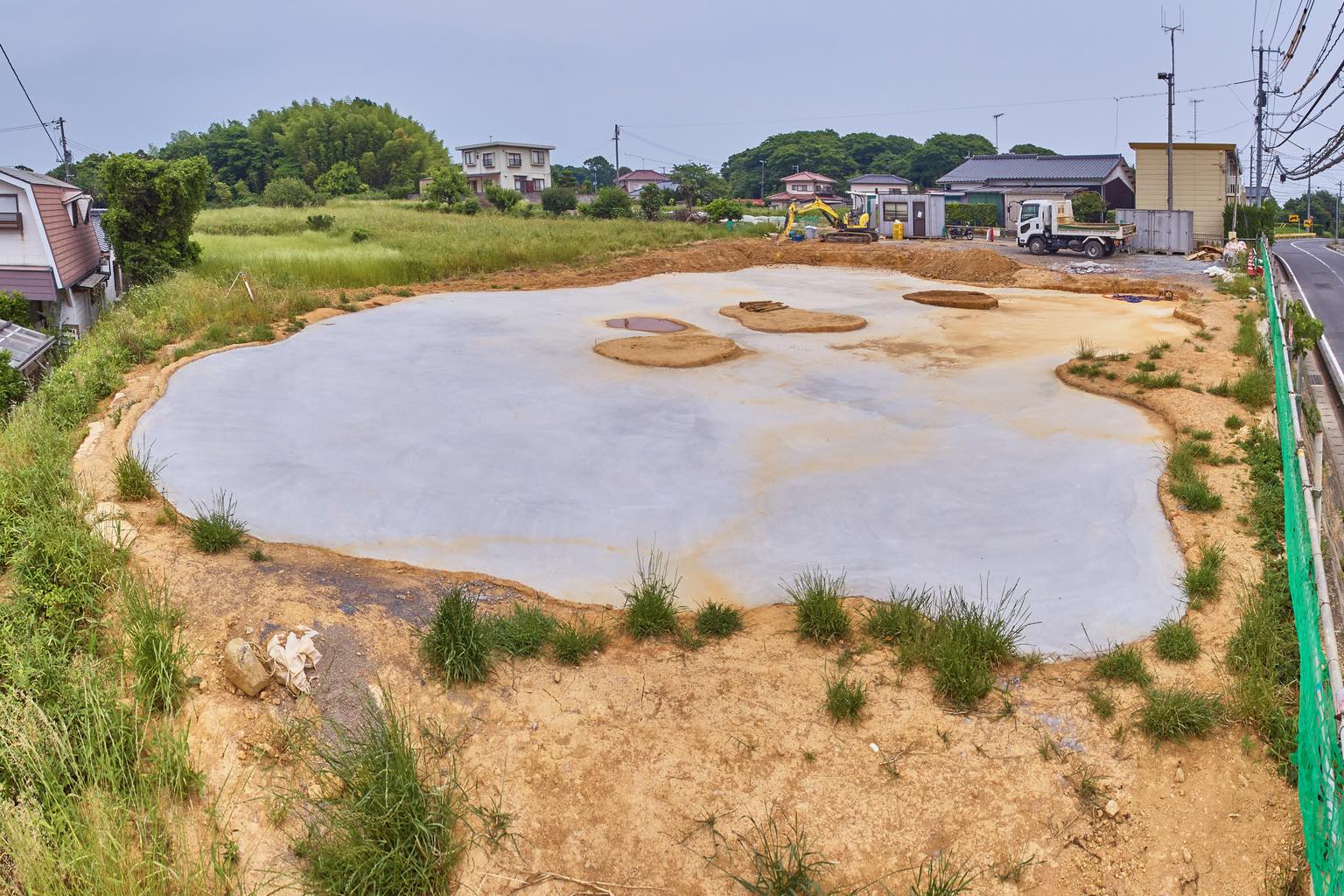 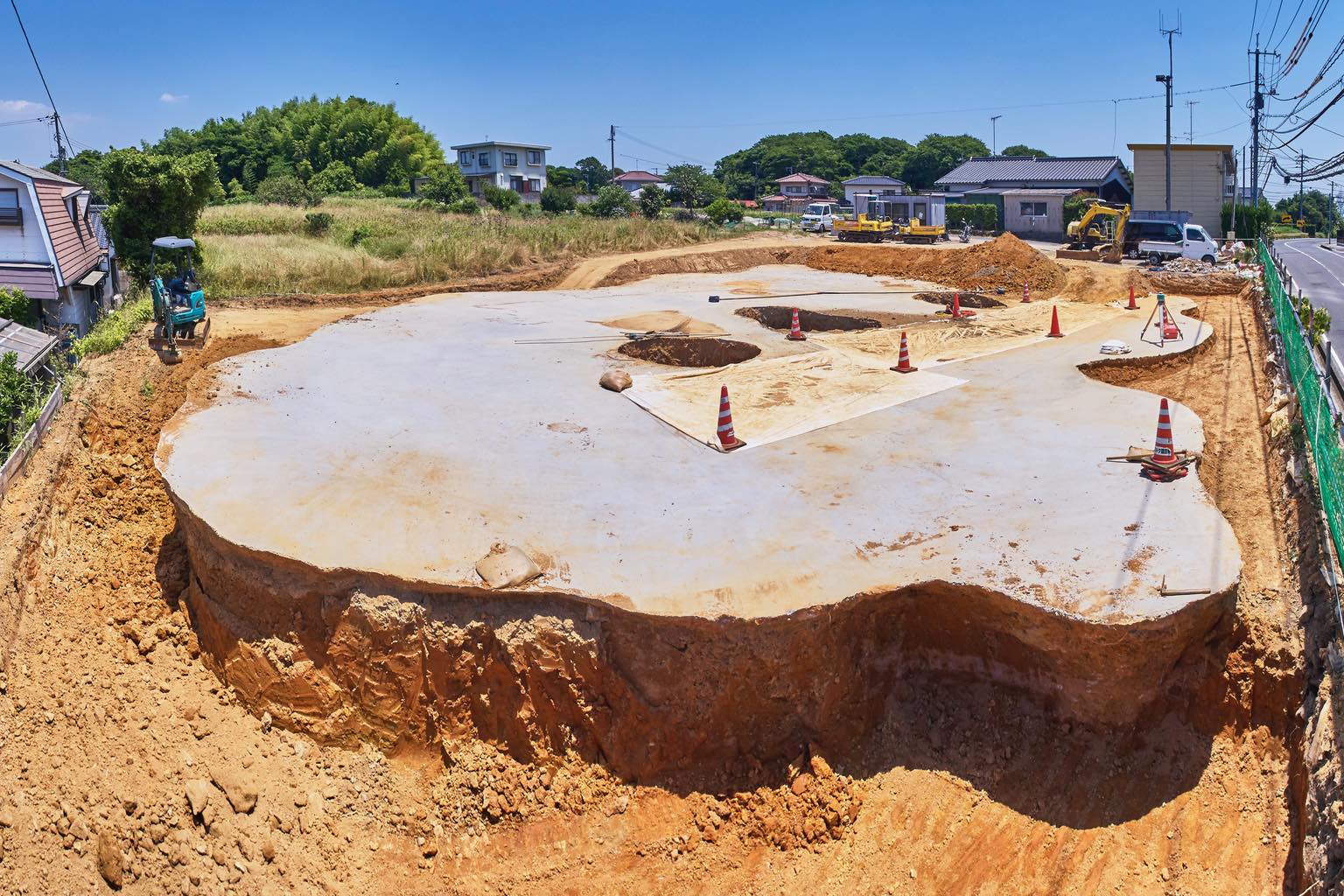 The primordial appearance of the structure hides the complex technology behind its construction process. Originally developed as a massing model, the design was then converted into 3D data and input into a total station surveying instrument. Working off coordinates from that instrument’s pile mapping, the construction team then dug a series of holes, effectively forming a giant mould that was later filled with concrete. Once the concrete had hardened, the final structure was dug out like a buried fossil. 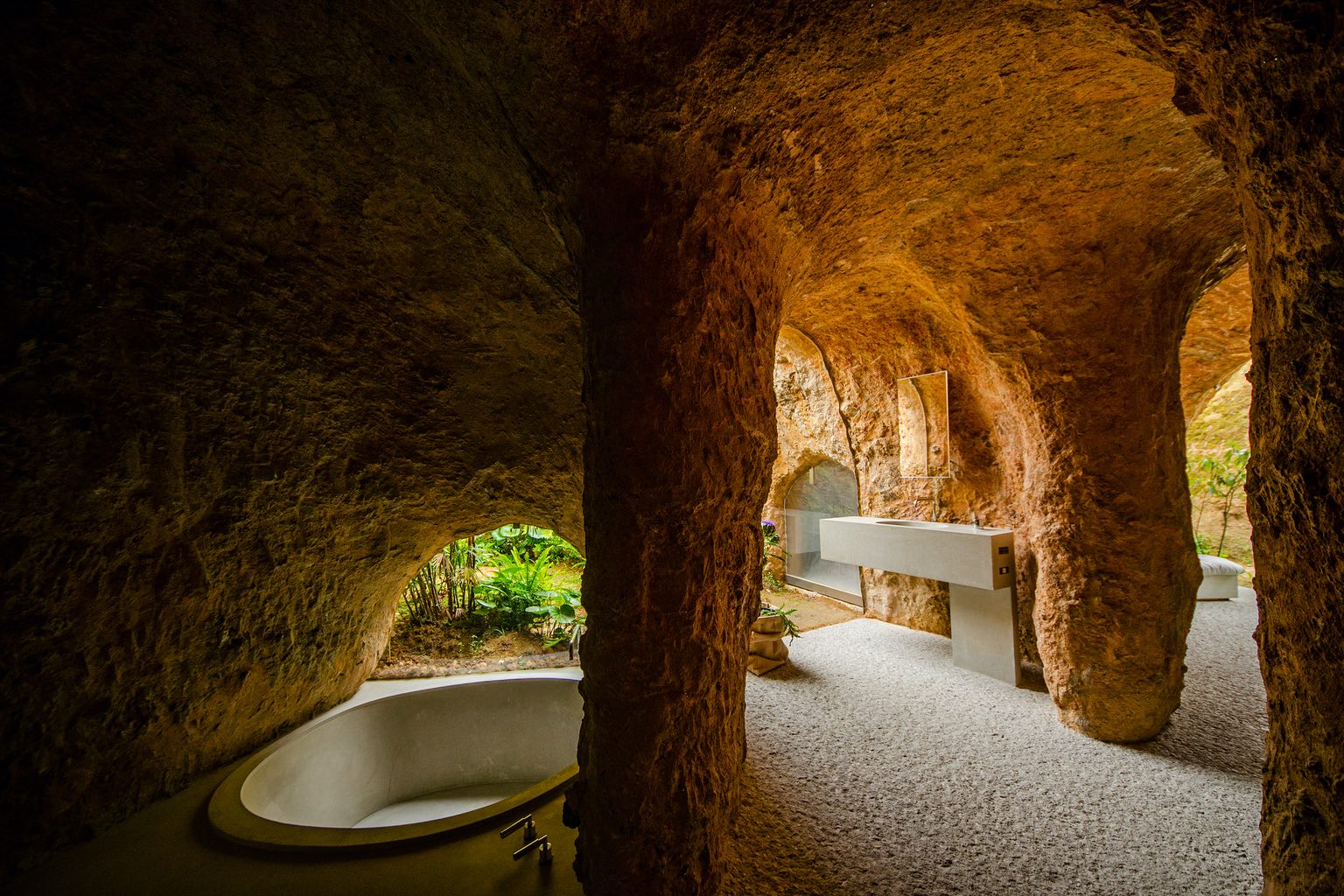 While the original plan was to wash the building clean after excavation, the rich hues and textured look of its mud coating inspired Junya Ishigami + Associates to instead embrace it as part of the design. Many of the building’s interior spaces were also different than the designers had anticipated, prompting them to adapt their planned furniture placements to take better advantage of the actual structure. 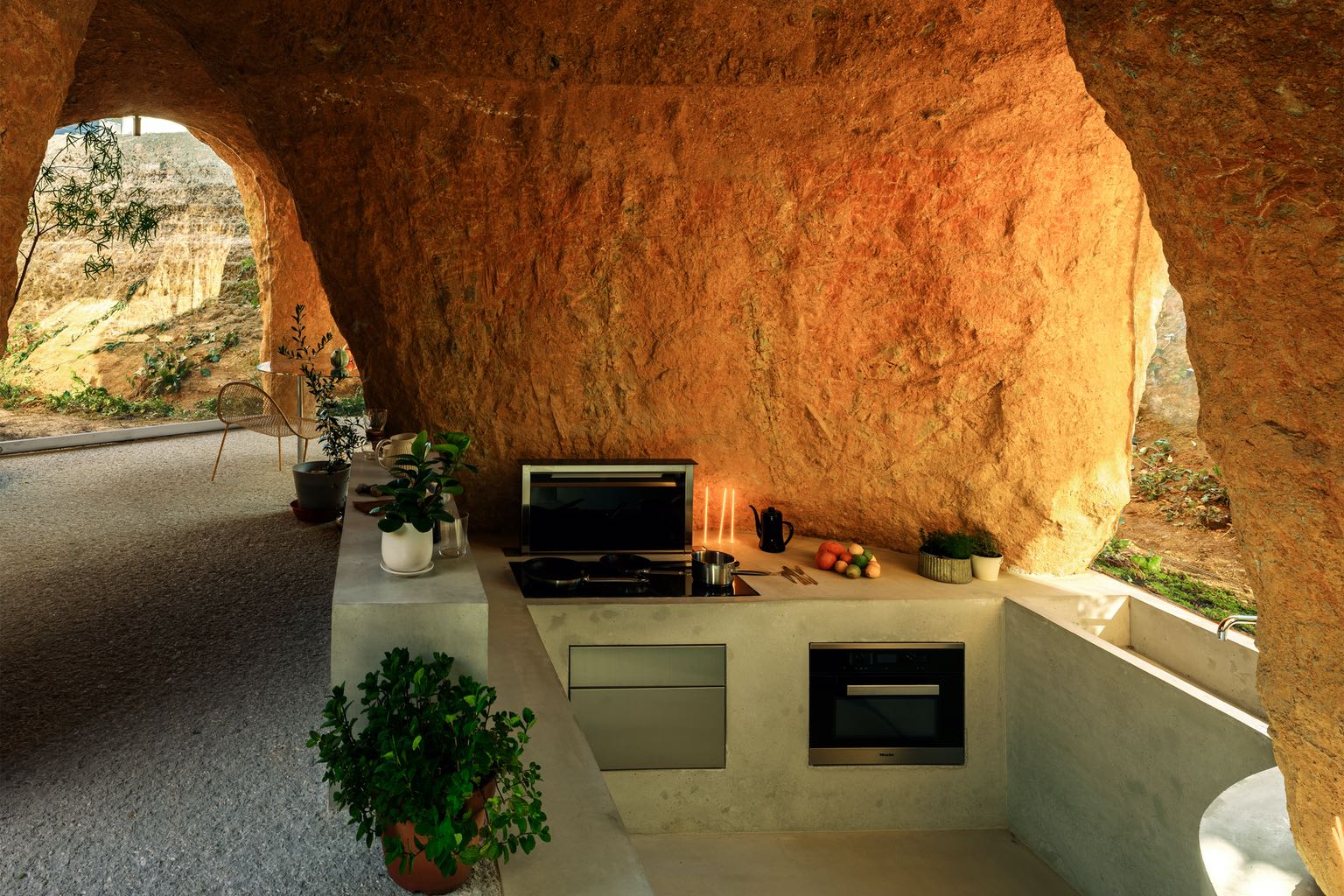 Similarly, the building’s glass walls — several of which are hinged to open and close — had to be carefully customized to the project’s final dimensions based on physical measurements and 3D scans. In this way, a large part of the design became an exercise in reverse-engineering. 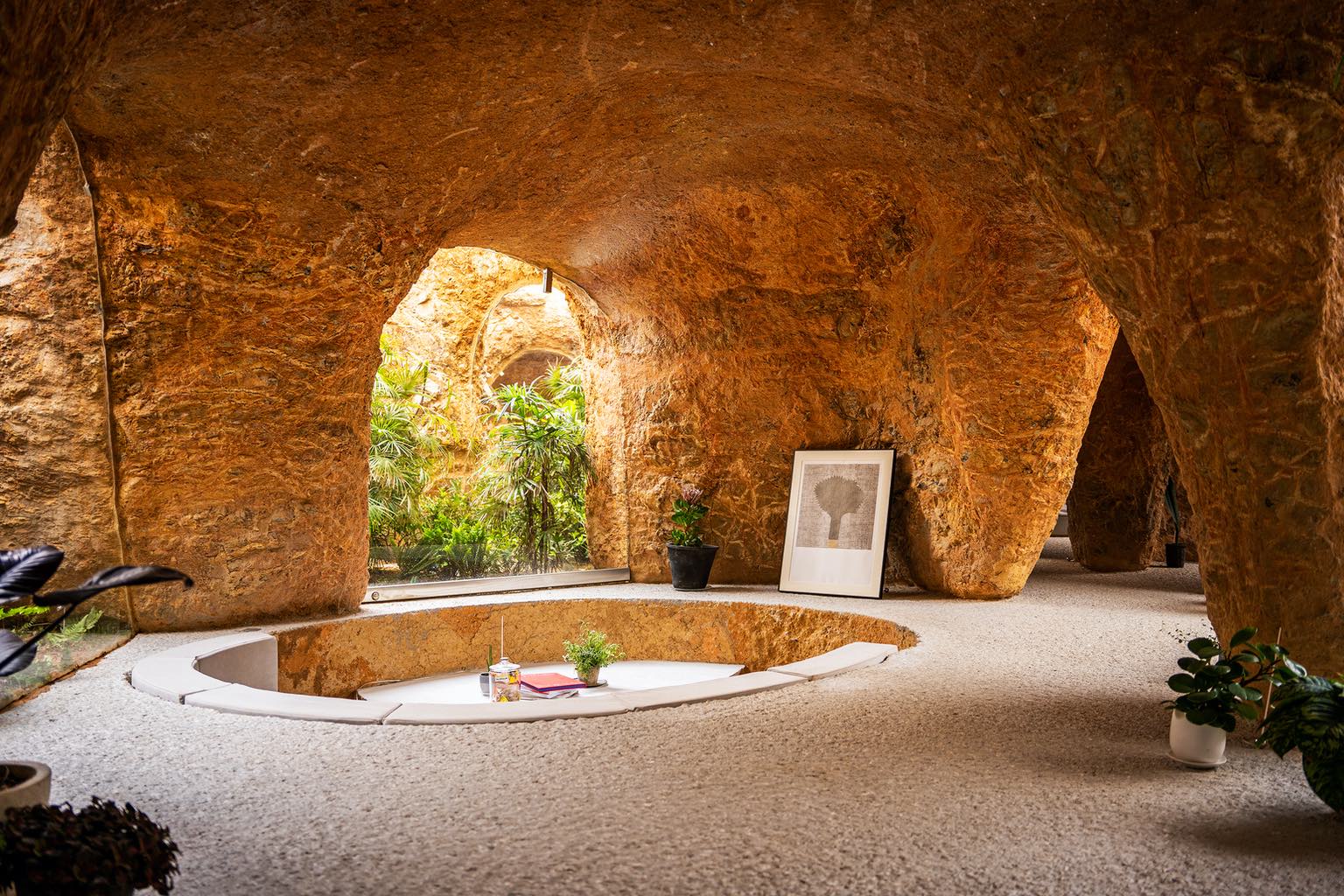 Archways between the building’s substantial columns link its many spectacular spaces, which include a living room with a sunken conversation pit and a bathing alcove with a tub completely encased in the floor.

Along the building’s edge, curved walls of glass frame spectacular lookouts to the site’s lush subterranean gardens, while three skylights introduce additional natural light. With his cave-like concept, Junya Ishigami has effectively laid the groundwork for a restaurant that is as much a part of its terrain as any root vegetable.

The Tokyo architect creates a down-to-earth — yet completely out of-this-world — dining spot that doubles as a chef’s family home.