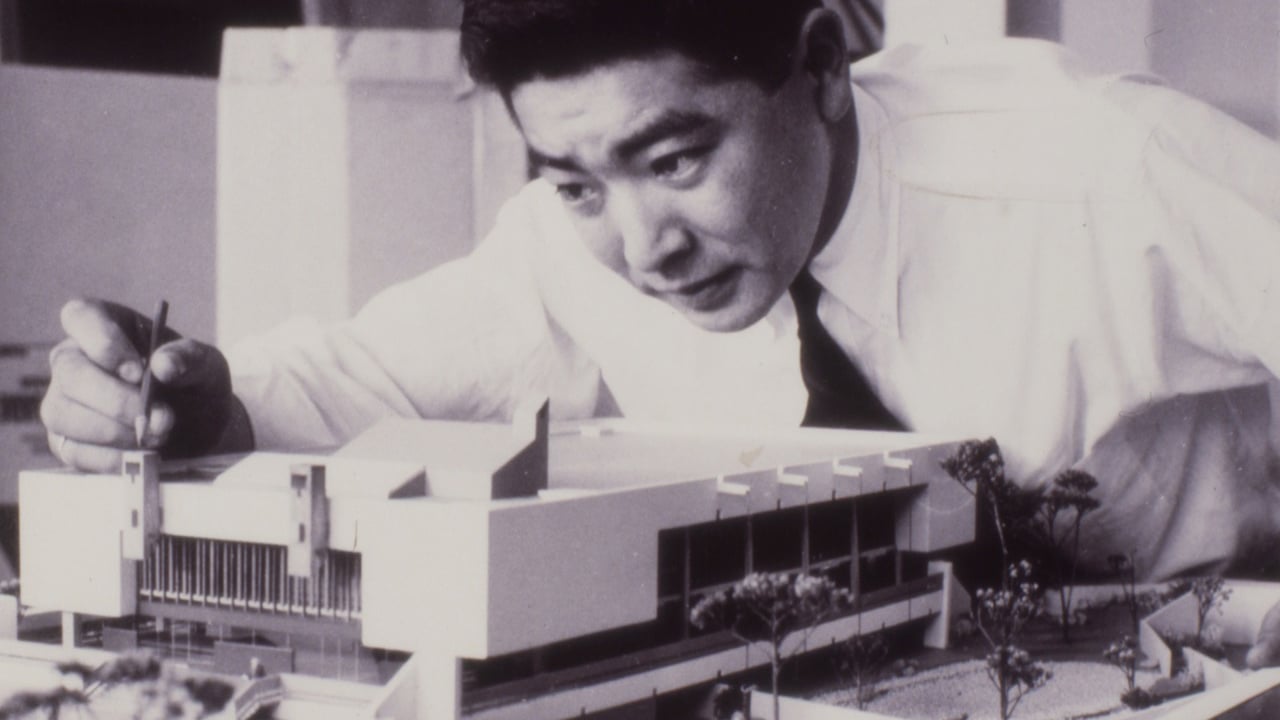 Debuting on TVO, the film traces the architect’s commitment to social justice and public good through the built environment.

Of all Canadian architects, I think I know Raymond Moriyama best. Although I’ve never met him or studied his work in any academic depth, I spent a lot of time in the Toronto Reference Library. That was enough. After two years of almost daily visits, the warmth and openness of the place left me feeling that I understood the building — and its architect — more intimately than anywhere in Toronto.

Debuting on TVO on August 12, a new documentary translates the grace of Moriyama’s personal and architectural presence to the screen. Magical Imperfection: The Life and Architecture of Raymond Moriyama offers an approachable look at the work of a luminary. Anchored by vivid narration from the 90-year-old architect, Scott Calbeck’s film situates Moriyama’s built work in a powerful historical and social context. 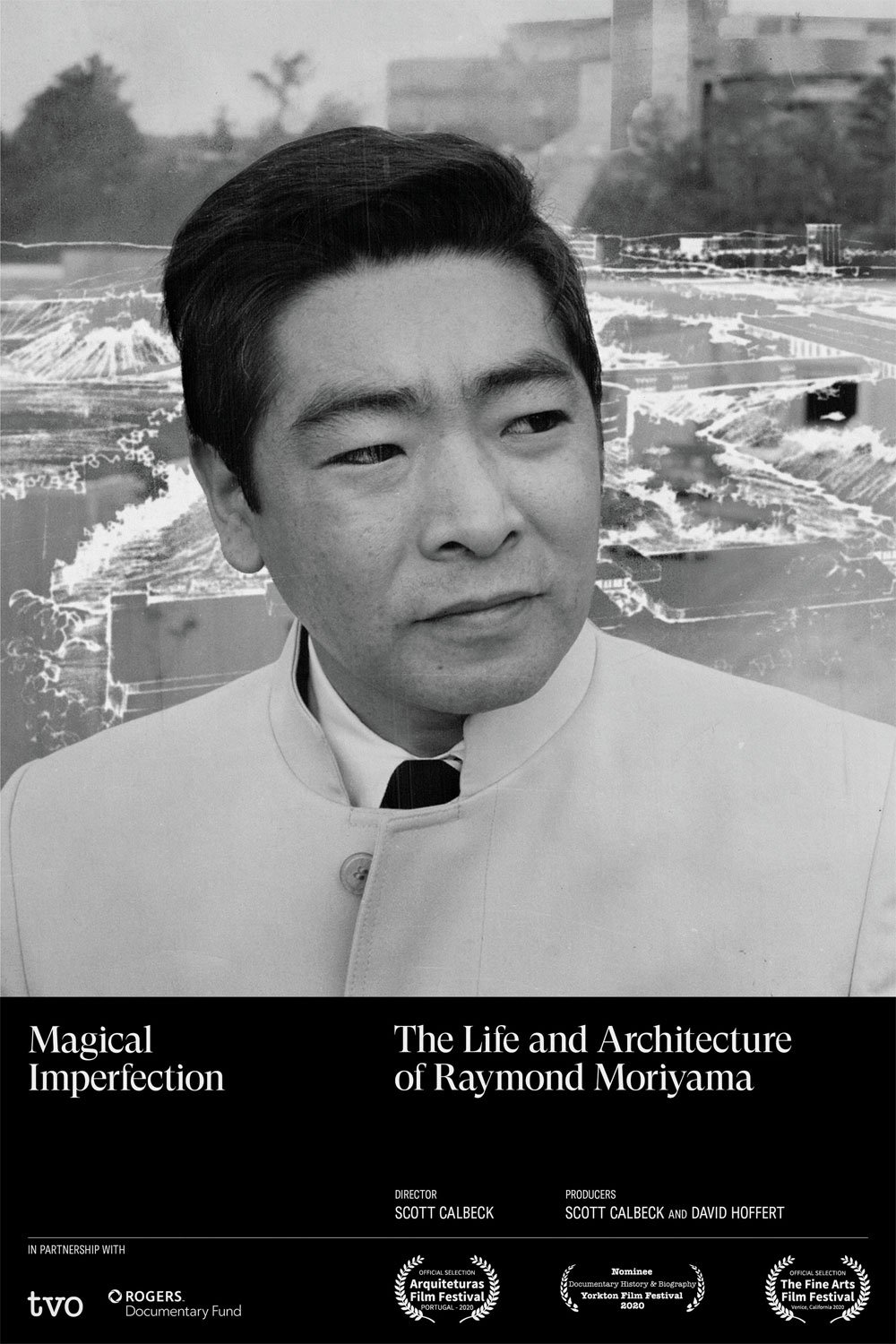 He started early. Born in Vancouver in 1929, Moriyama developed a precocious interest in architecture. After suffering a burn that left him badly scarred and housebound at the age of four, an eight-month convalescence in a bed overlooking a construction site sparked a fascination with building. But life as a Japanese-Canadian was rife with racism and discrimination: By the time he was twelve, 90% of Canada’s Japanese population was forcibly removed from their homes and interned in wartime camps — including Moriyama and his family.

The film documents these early years in vivid detail, framing Moriyama’s approach to architecture in the process. “We were treated like the enemy,” he recalls, with his pacifist father separated from the family and interned in an Ontario POW camp. But the trauma was formative. “While I was living in the internment camp, my thoughts were on fighting for equality, inclusion and democracy,” he told Azure in 2013.

Then came architecture. With degrees from the University of Toronto — where he studied under Eric Arthur — and McGill, Moriyama soon embarked on an independent career. It started with Toronto’s the Japanese Canadian Cultural Centre, built in 1963. But in 1964, Moriyama got his big break: The Ontario Science Centre. For the young architect, it was a career-making public commission. For architecture and museum design, it was a transformative new paradigm.

Established in 1958, Moriyama’s practice was joined by partner Ted Teshima in 1970. While Moriyama retired from daily work in 2003,  the firm of Moryiama & Teshima Architects remains a leading Canadian practice. 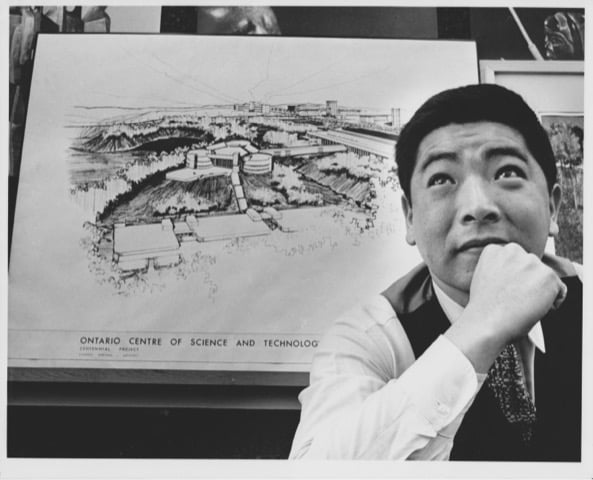 Emphasizing tactility and interactive learning, the Toronto institution’s design and program reimagined what a museum can be. As Moriyama explains, the experiential approach to education was rooted in Confucian thought: “When you hear, you forget; when you see, you remember some; but when you touch and do, it becomes part of you.” Following Moriyama’s example, these principles of hands-on, democratized learning have guided the design of over 130 science centres around the world. (No wonder it’s still a favourite field trip of Toronto students).

In the afterglow of Canada’s centennial optimism, public investment in architecture still flourished — and so did Moriyama. Take, for instance, the Scarborough Civic Centre. Completed in 1973, the former borough’s city hall is organized in a circular layout that places public space at the heart of the complex. With private offices relegated to the enclosed perimeter of the building, the design gave secretaries better views than their bosses, symbolically elevating the value of clerical work over managerial authority. In an archival interview, a younger Moriyama expresses the democratic spirit more playfully: “The Mayor’s window is low enough you can throw a brick right through it.”

You don’t need to be a design enthusiast — much less an architect — to understand what it all means and why it matters. It’s refreshing (and rare) to see the built environment’s potential explained so clearly. In plain language, Moriyama lucidly articulates the power and purpose of architecture. “It has to express democracy, equality, inclusion of all people and social justice,” he tells us. “If not, then architecture is simply a hollow sham.”

This purpose is perhaps best exemplified by the Toronto Reference Library. In a profoundly divided city, it’s one of the precious few places where the stories we tell ourselves about diversity and inclusion almost come true. Unfolding in sinuous and open layers of tranquil — and sometimes energetic — public zones, it is arguably Toronto’s most democratic space, welcoming in a mix of visitors that reflects the breadth of the city’s population. And if it left me feeling like I knew the library and its architect in an uncommonly intimate way, it’s probably because I felt that the place belonged to me too.

Almost half a century after its 1977 completion, the library remains the lifeblood of the city and the living manifestation of an architectural ethos that’s as relevant and resonant as ever. “It’s not so that it looks good on paper or in a magazine,” Moriyama says of architecture. “It’s not a statement of one’s ego.” Instead, he was guided by a simpler question: What can I do to make Canada a better place?

As Magical Imperfection reveals, Moriyama’s deeply humanist approach to design was also shaped by the embrace of transience and imperfection in Japanese philosophy. (The title of the film is inspired by an anecdote conveyed to the young Moriyama by his grandfather, though I won’t spoil it here.)

But while architecture may be transient, Moriyama’s work has nonetheless endured. It may not reach for divine sculptures or pristine forms or eternity, but it certainly reaches people. Call it the public good. Call it humility — and humanity. Call it magical imperfection. Call it a better Canada.

Magical Imperfection: The Life and Architecture of Raymond Moryiama, debuts on TVO at 9 pm EST on August 12 and will be available via TVO.org.

Debuting on TVO, the film traces the architect’s commitment to social justice and public good through the built environment.