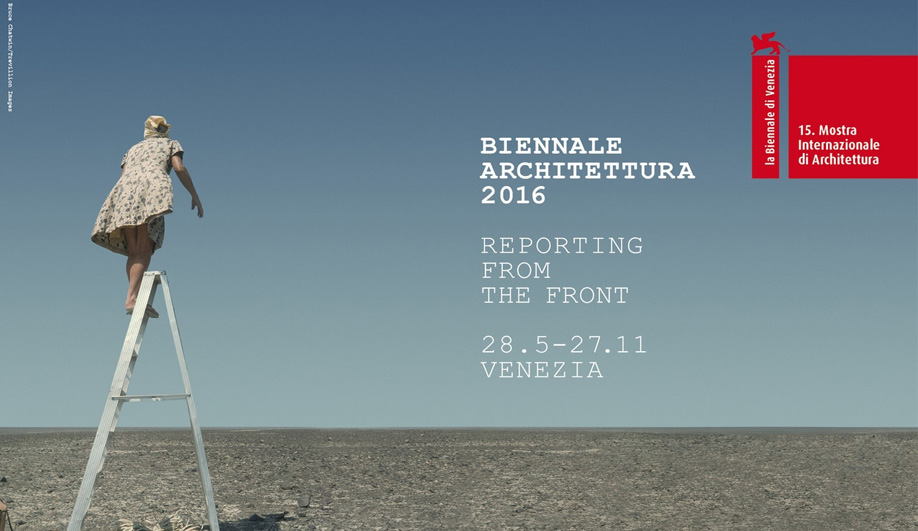 Directed by Chilean architect Alejandro Aravena – who won the Pritzker Prize this year – the theme of 15th International Architecture Exhibition at the Venice Biennale is Reporting from the Front. The headlining image shows a woman atop a ladder gazing into the distance across a barren landscape. An odd image for an architecture exhibition; in fact there is no architecture here. The connection with the far-seeing lady lies in Aravena’s hope that his Biennale will extend the audience’s perspective on architecture itself by bringing in diverse viewpoints and far-flung experiences.

The ultimate aim is to expand the scope of architecture to include improving the human condition, not only in terms of physical needs, but also with respect to social, political, economic and environmental concerns.

It’s a big agenda and one that undoubtedly will resonate in the vast Arsenale and the main exhibition hall in the Giardini, where the 88 participants from 37 countries selected by Aravena will be mounting exhibits. Among them is a first-time collaboration with London’s Victoria and Albert Museum. Curated by Brendan Cormier, the V&A’s A World of Fragile Parts explores the role of copies and replicas at a time when global heritage sites are threatened by the ravages of war and even tourism.

Also slated for the Arsenale is Report from Cities: Conflicts of an Urban Age, curated by Ricky Burdett, who directed the 2006 Architecture Biennale focused on cities. Developed in anticipation of the United Nations Habitat III world conference coming up later this year in Quito, Burdett’s exhibit, organized jointly by the London School of Economics and the Alfred Herrhausen Society, will focus on the relationship between public and private spaces.

At the Giardini, in the main exhibition hall, aka the Italian Pavilion, another first-time collaborator at the Biennale is the University of Waterloo. Led by professor Robert Jan van Pelt, Waterloo is mounting The Evidence Room. It will show replicas and casts of key pieces of architectural evidence pertaining to Auschwitz that were used to defeat British Holocaust denier David Irving in 2000, when van Pelt was called as an expert trial witness.

In the 30 permanent pavilions within the Giardini, the national exhibitions are always spottier business, with some taking up the director’s theme in earnest and others grasping the promotional opportunity. Here’s something of what we know is about to unfold. 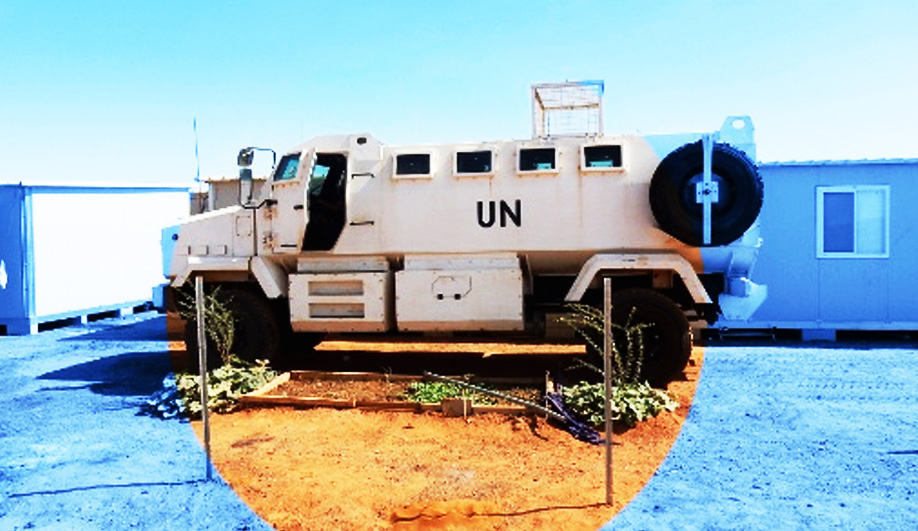 In the Dutch pavilion, under the moniker ‘Blue: The Legacy of the UN’s peacekeeping missions’, Malkit Shoshan, architect and founder of the think tank FAST, looks at the role design can play in using peacekeeping missions to encourage local development. The presentation will centre on a camp in the desert region of Mali inhabited by the Tuareg, where a permanent crisis situation exists. 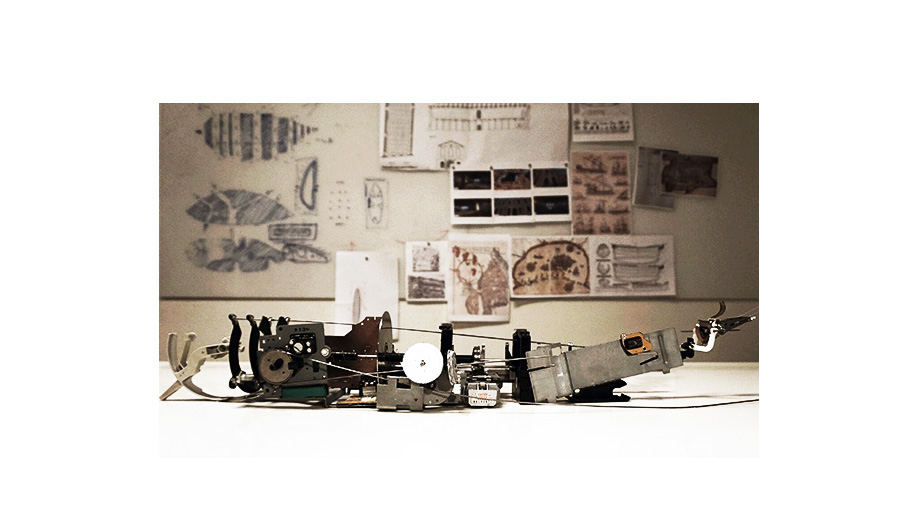 Turkey is extending hands across the waters, making a connection between the twin harbours of Istanbul and Venice and their common shipbuilding heritage in an exhibit called Darzanà. A vessel made in Istanbul out of waste materials and called a baştarda – a cross between a galley and a galleon – will be displayed in the Sale d’Armi in the Arsenale. 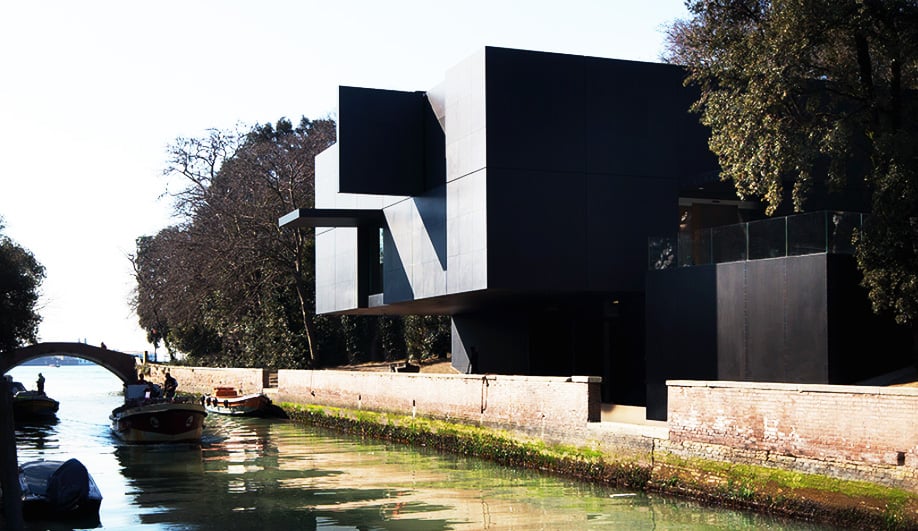 The Australian pavilion, designed by Denton Corker Marshall and opened in 2015, is the new kid on the block. The Aussies do seem to like a party and for the Biennale their focus is the pool and its relationship to the Australian cultural identity. “Recognisably Australian, The Pool is joyful, celebratory and accessible.” Gotta love them. 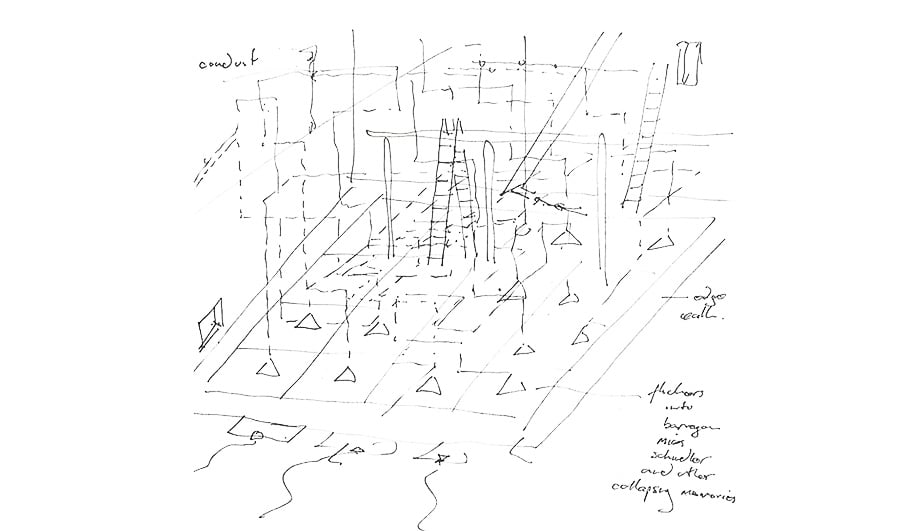 Called Losing Myself, the Irish pavilion, led by Niall McLaughlin, takes as its point of departure an Alzheimer’s Respite Centre in Dublin his firm designed to explore the diverse ways a space may be experienced by users who are no longer able to synthesize their experiences to create a stable understanding of their environment. 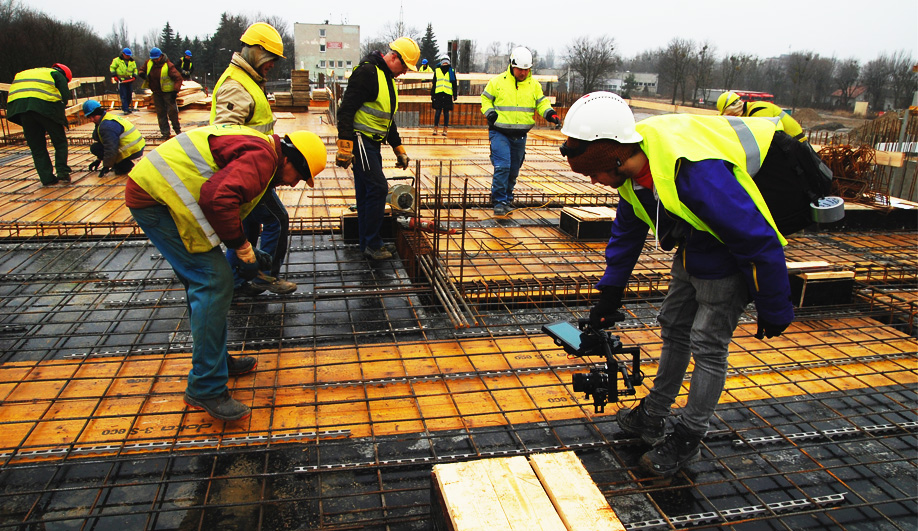 Photo by Michał Gdak taken during the making of Fair Building project.

The Poles may well have hit the nail on the head with Fair Building. Of all the national exhibitions this one seems most in synch with the director’s theme. It will address the ethical issues facing one of the most underrepresented participants in architecture – the construction worker. After fashion, architecture is being called upon to account for how, by whom and under what conditions buildings are made. 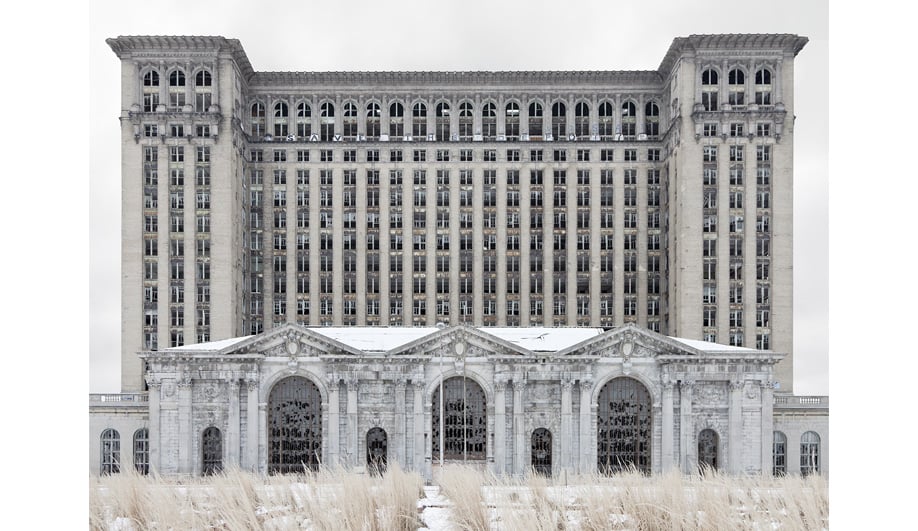 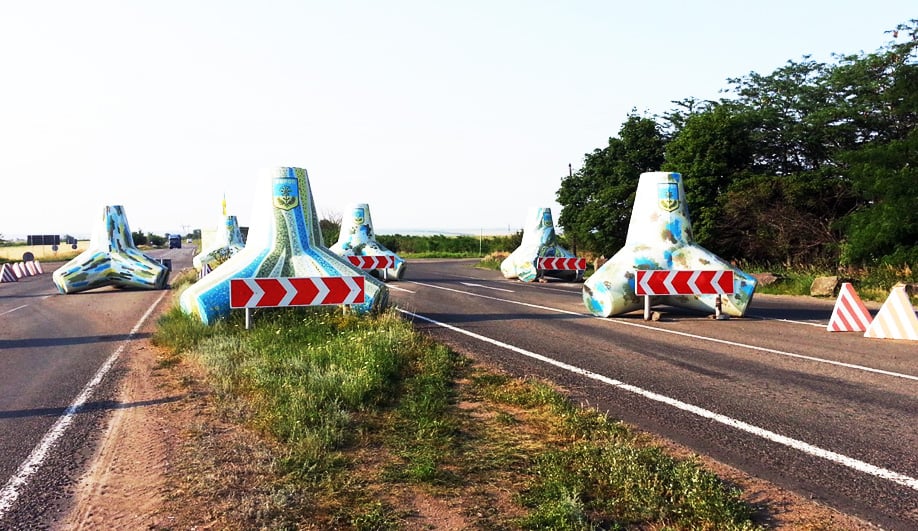 Here’s a genuine story from the front. The Ukrainian cultural foundation and arts centre Izolyatsia is presenting Architecture Ukraine – Beyond the Front as a collateral event. With its premises under military occupation in the separatist-held city of Donetsk, Izolyatsia relocated to Kyiv in 2014. Its recent experimental art and design projects in the city of Mariupol are juxtaposed by the reality of Donetsk – former sister cities now on either side of a de facto border. The exhibition asks: what is the future of cities in places of ongoing conflict? Spazio Ridotto, 1388 Calle del Ridotto, San Marco, Venice

See our coverage of Extraction, the Canadian national participation at the Biennale.

The 15th International Architecture Exhibition at the Venice Biennale opens to the public on May 28 and continues to November 27, 2016.