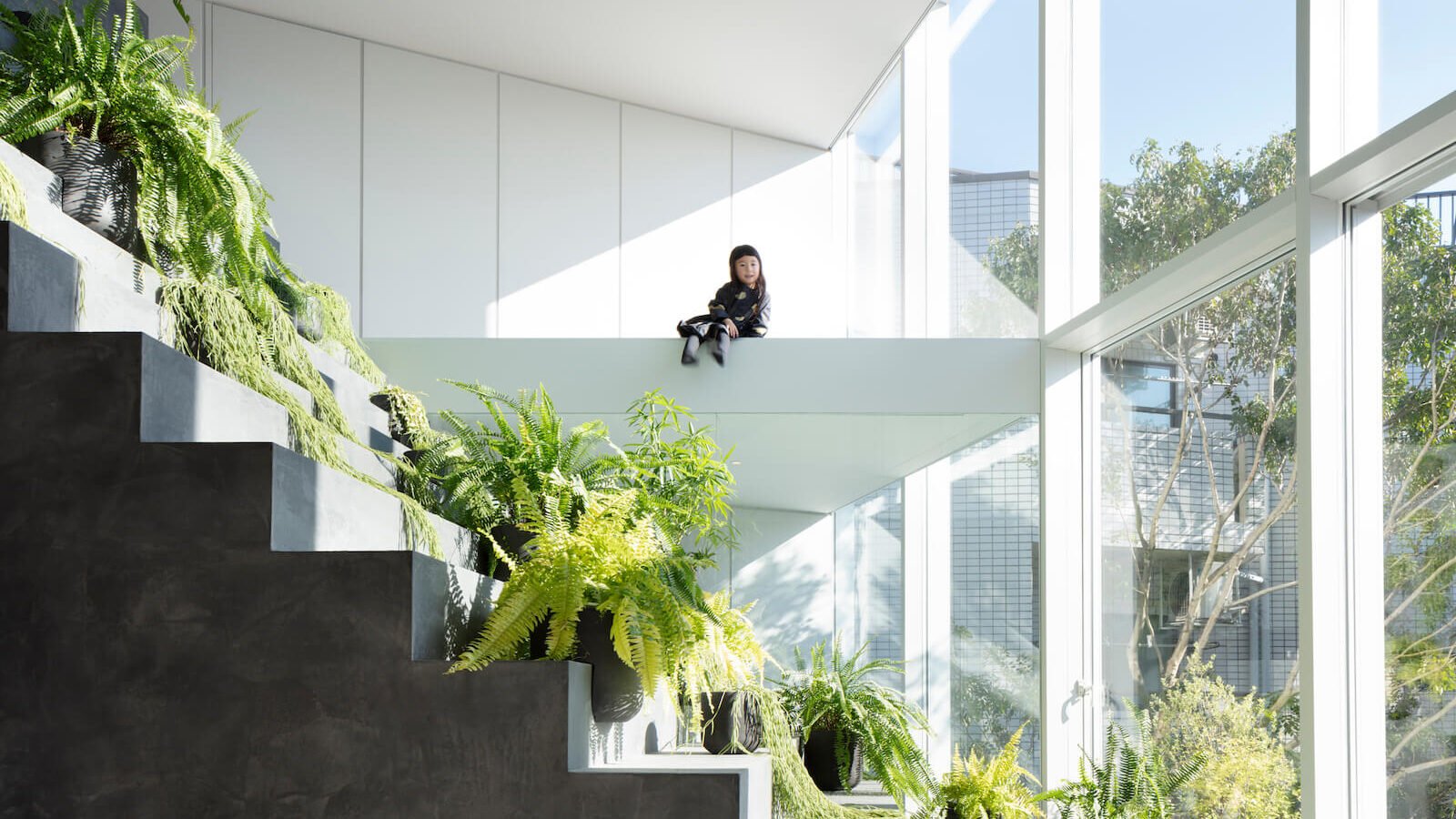 The Marvelous Staircase House in Tokyo

Nendo designs a one-of-a-kind multi-gen family home with an indoor-outdoor concrete stair at its centre.

Oftentimes, reviewing a project in Japan, we at Azure ask ourselves, “Is that code?” This wondrous new home designed by Nendo for a multi-generational family arouses that same question. Its sculptural concrete staircase does triple duty: it effectively separates the two households, yet connects all three levels and bursts through the glass facade to become the central element indoors and out.

But first things first. Nendo started the design of the home by considering the tight confines of the site, which is surrounded by other homes in a quiet residential area. The design studio pushed the architectural volume to the northern edge of its footprint to maximize daylight and ventilation; on the south side of the house, an all-glass facade brings the greenery of the yard into the living environment.

Then they considered how the two generations living in the home could situate themselves: To avoid having to take the stairs and to provide easy access to the garden, the grandparents live on the first floor – which also allows their eight cats (!) to roam in and out freely. The younger couple reside on the second and third floors with their small child. 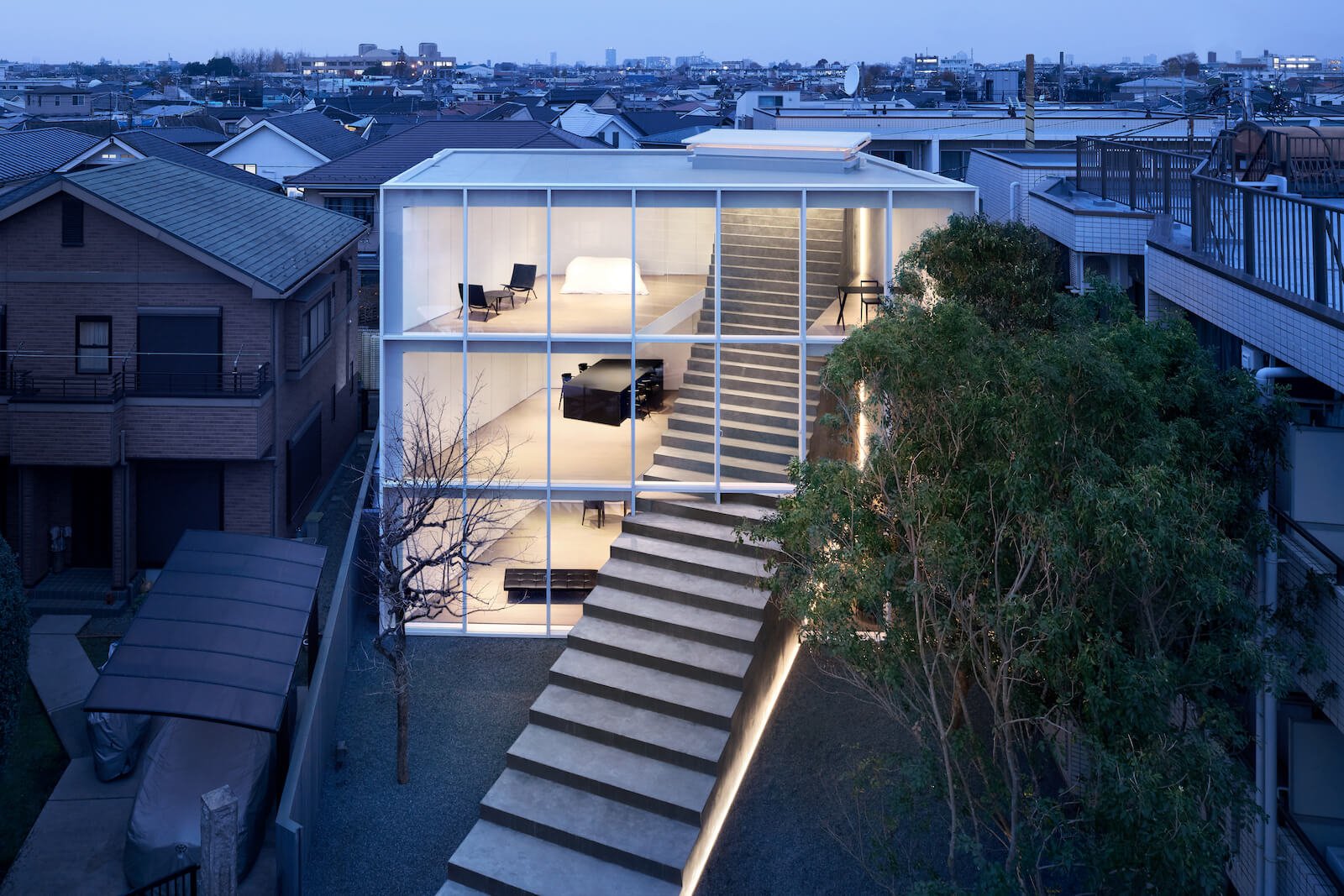 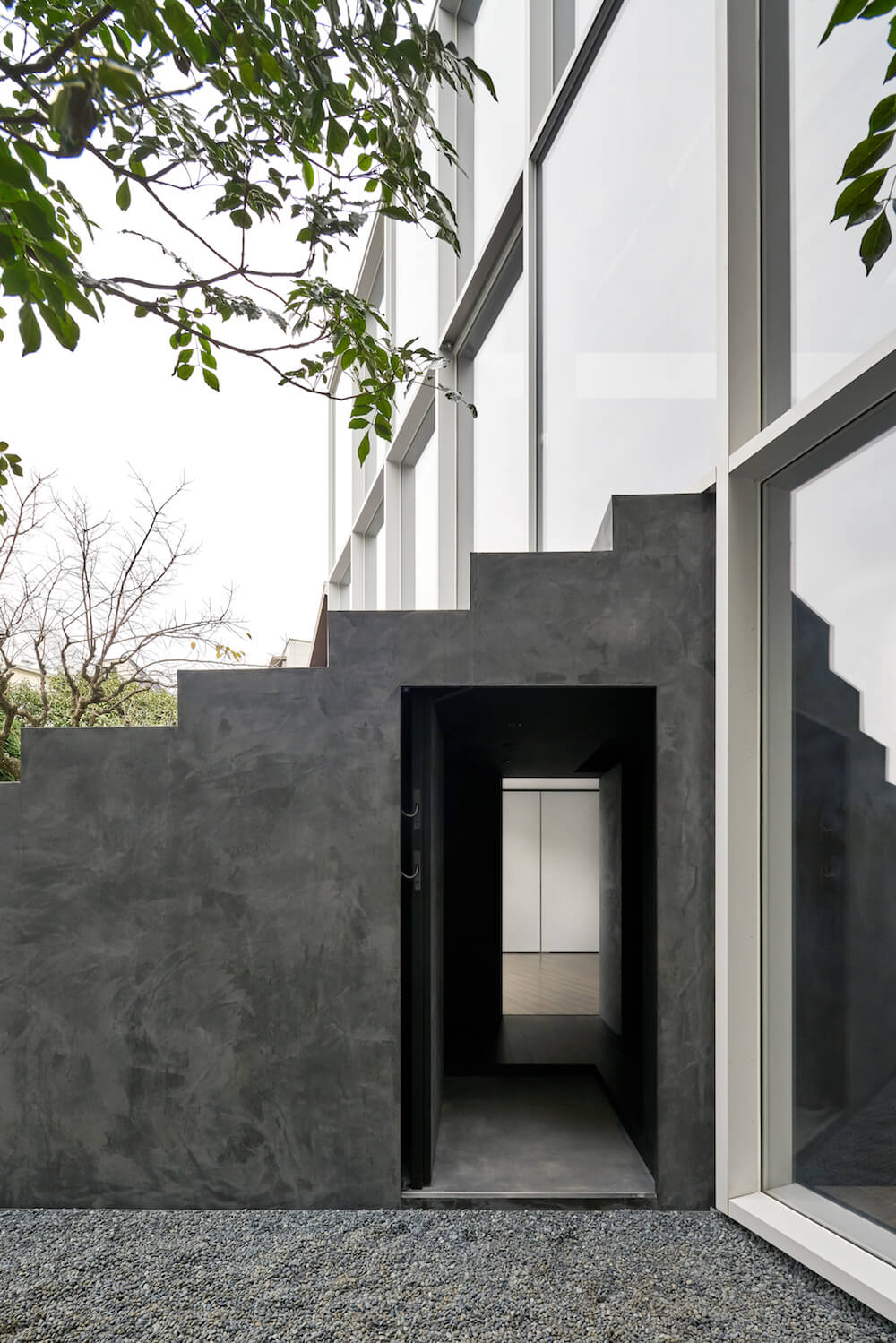 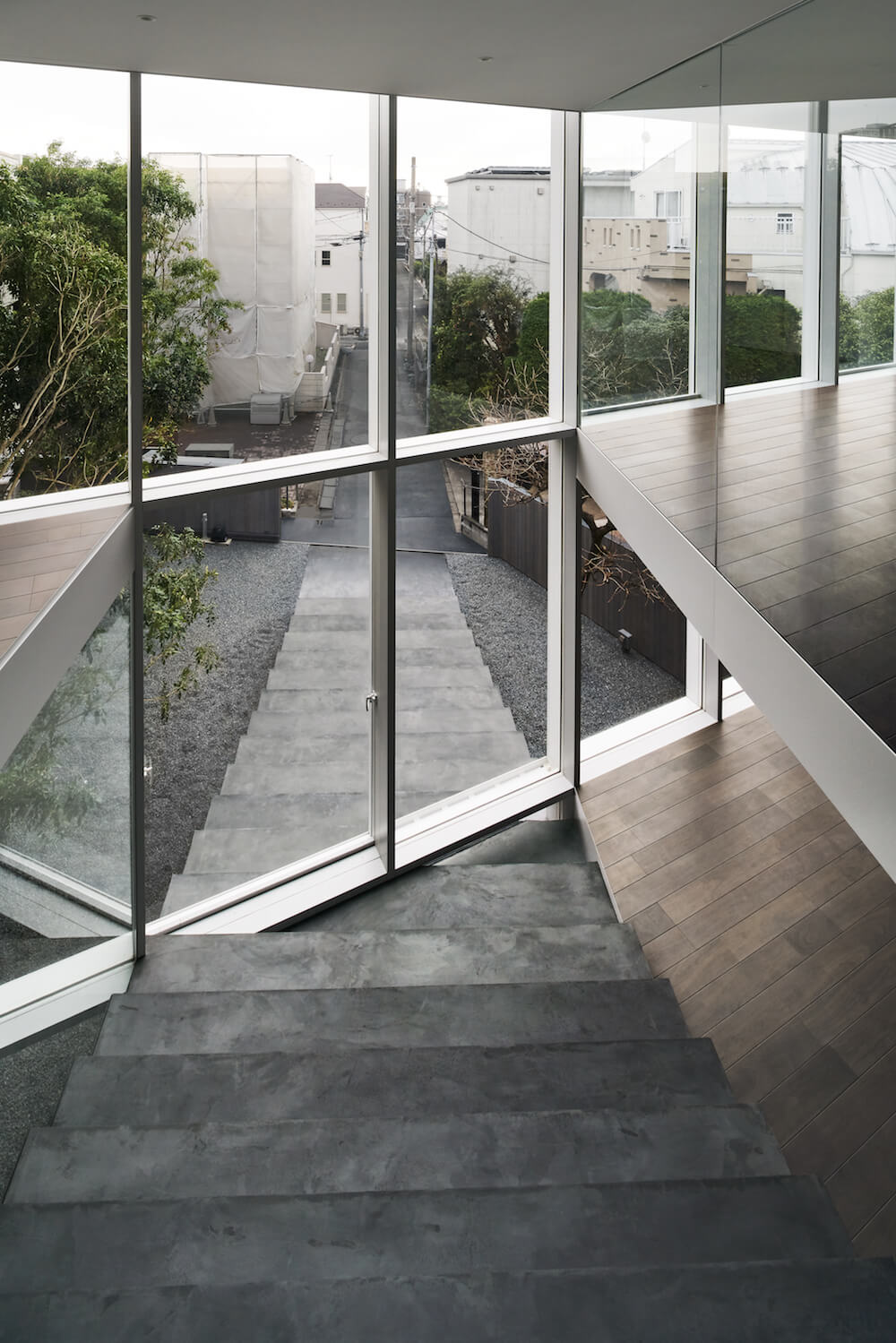 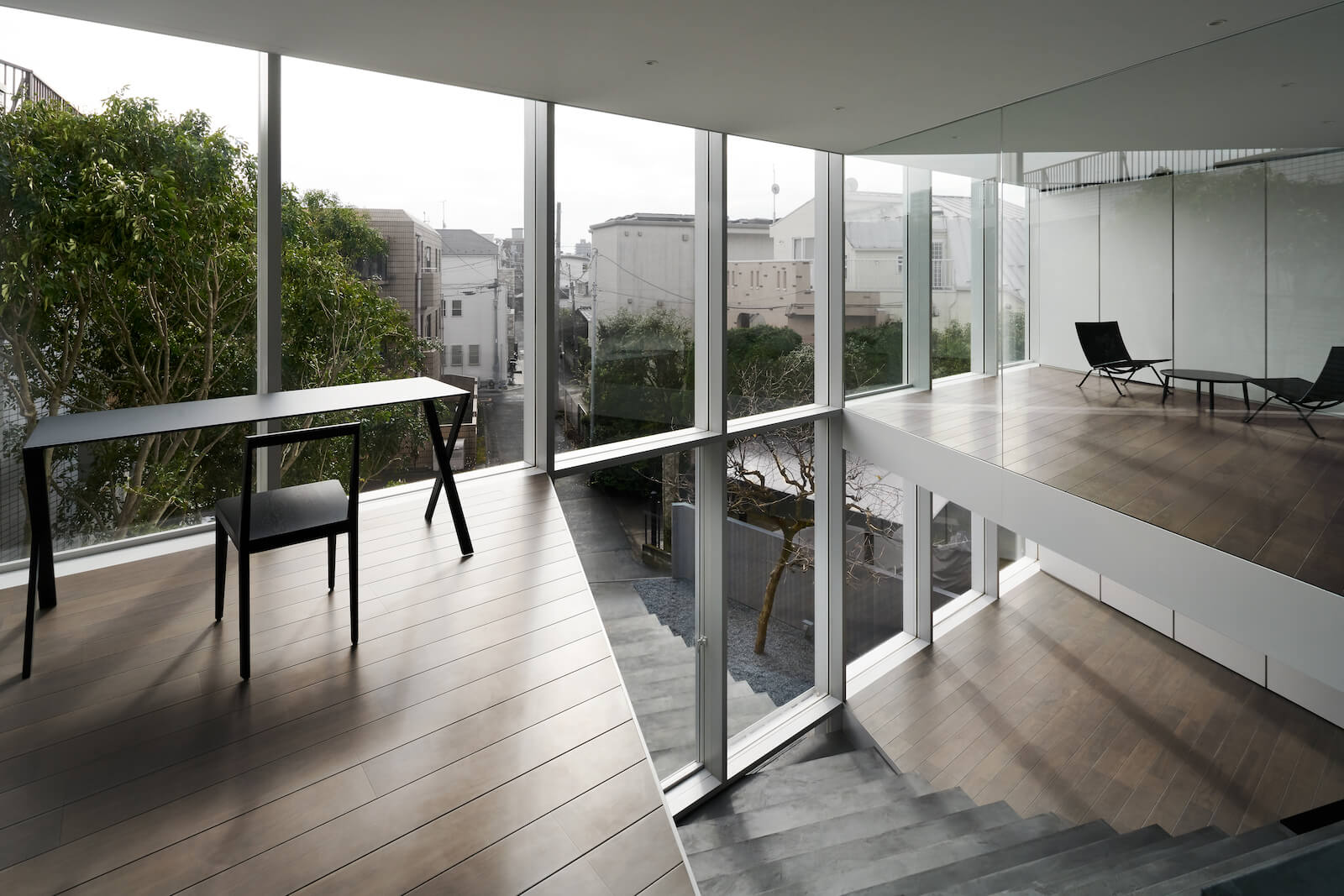 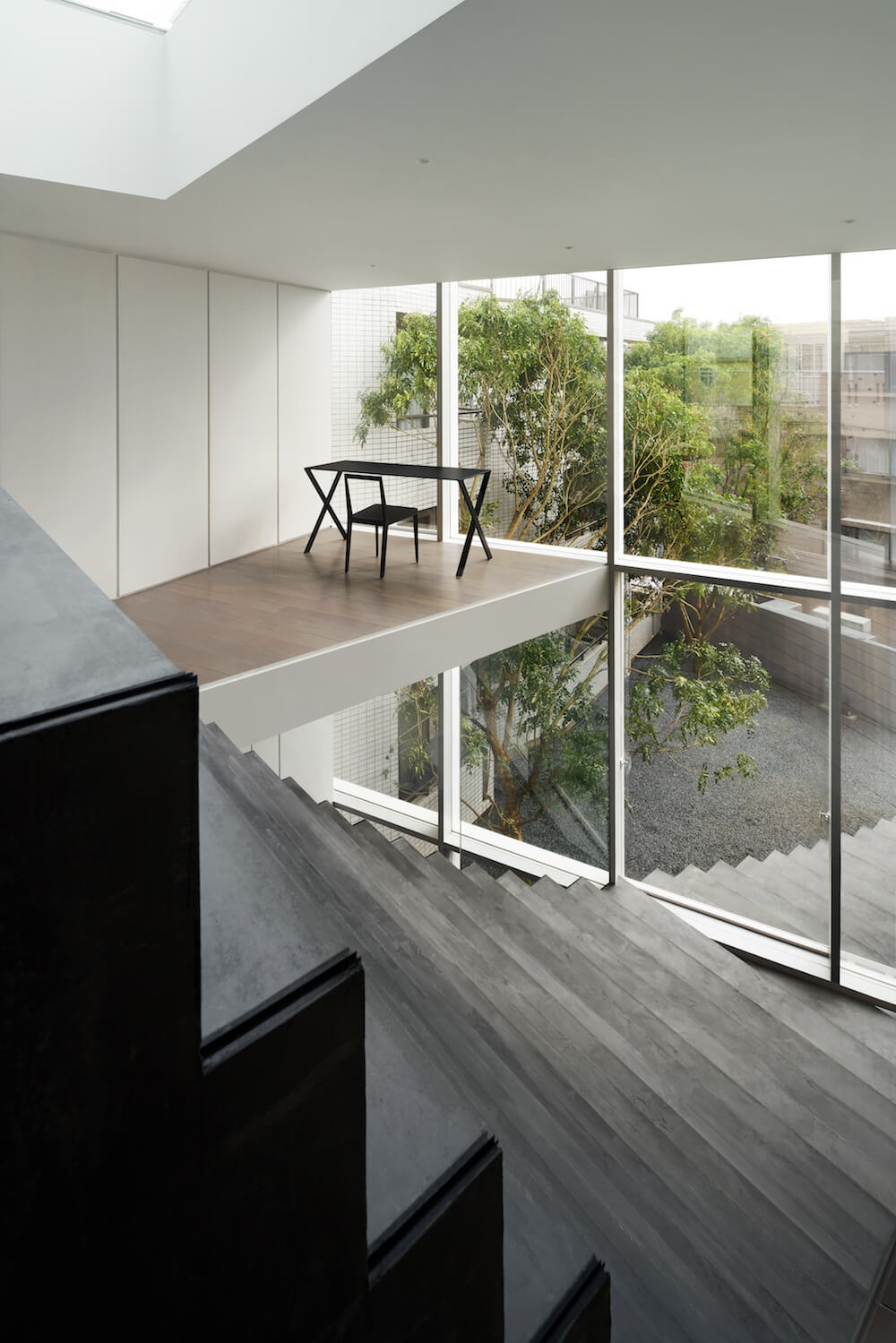 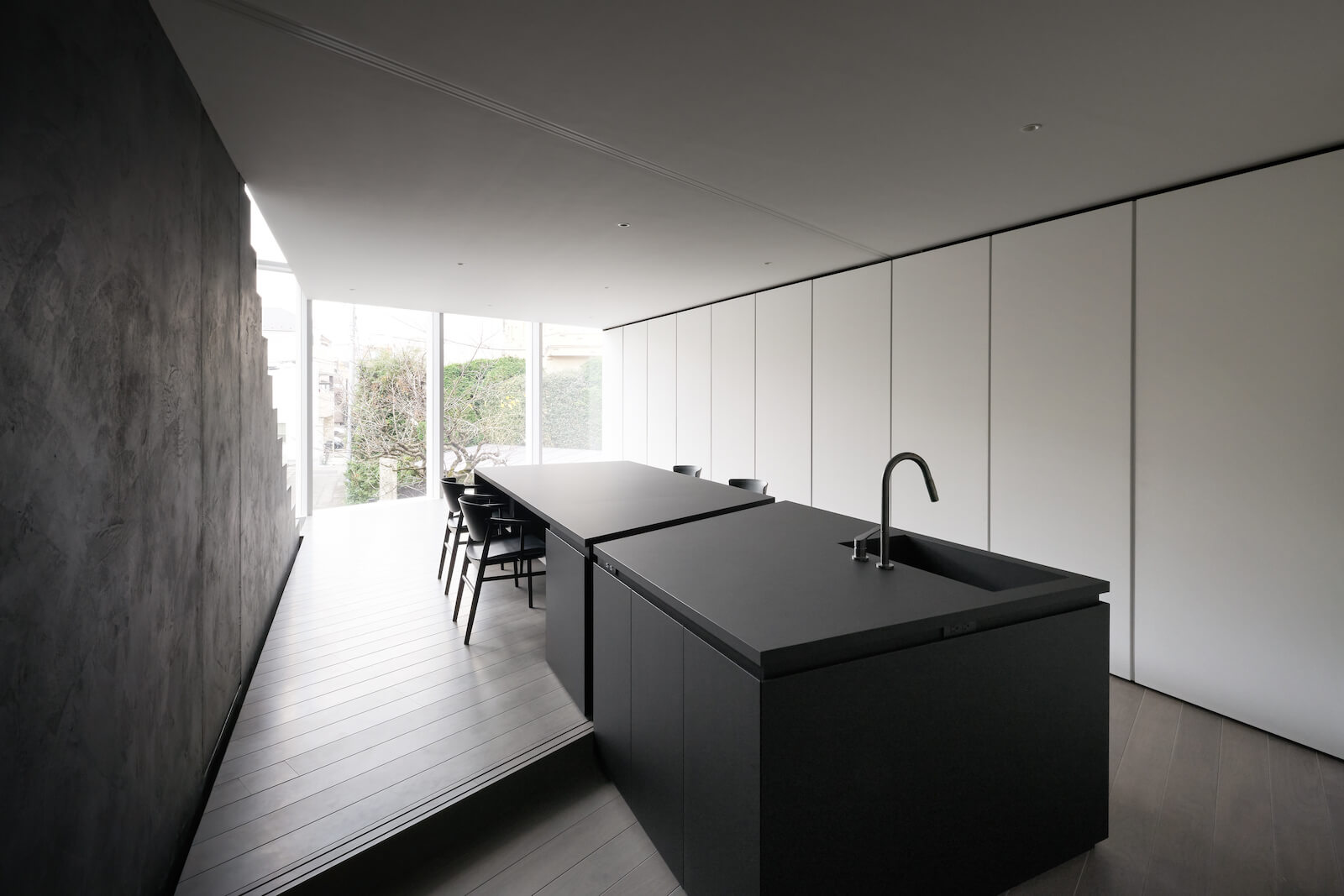 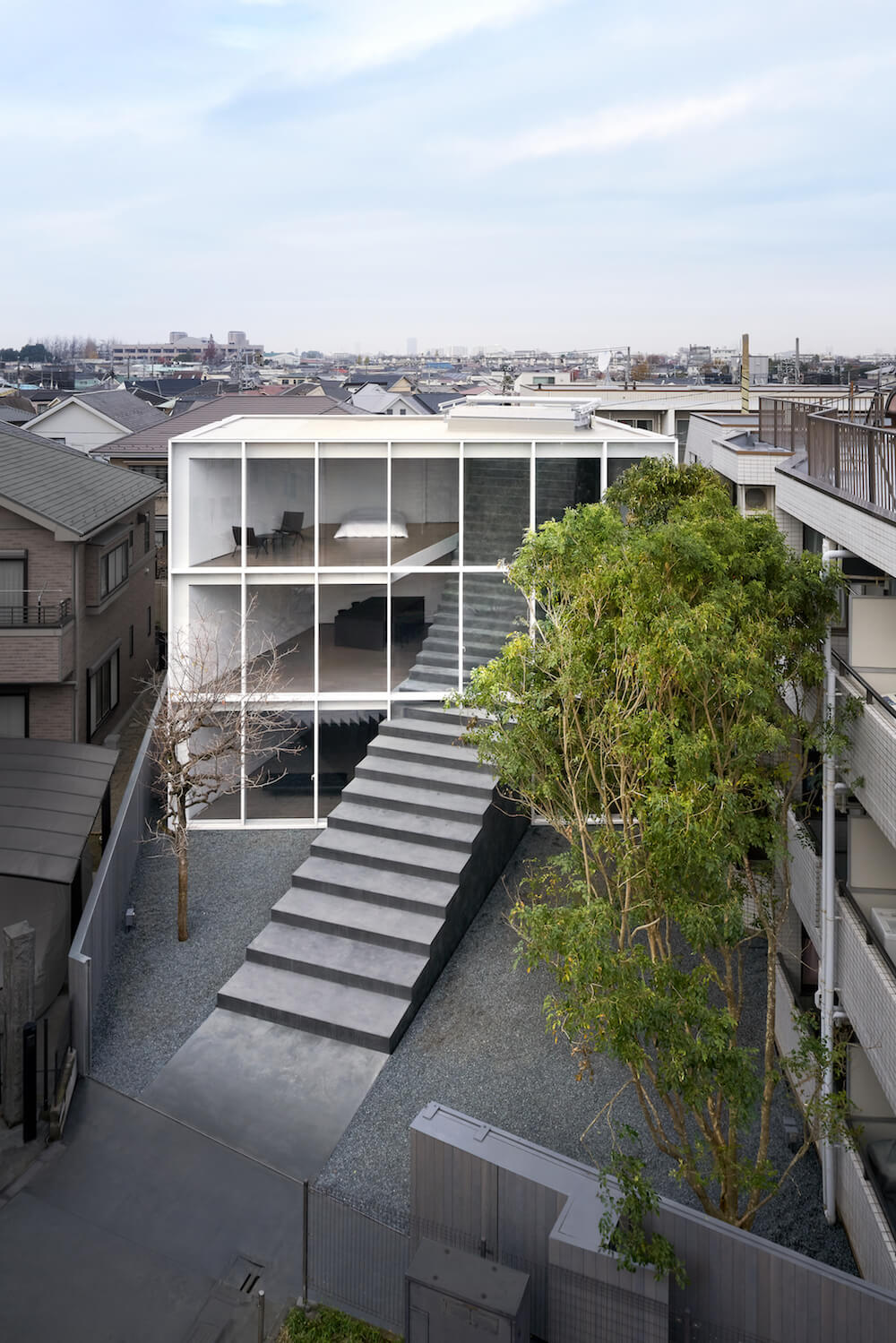 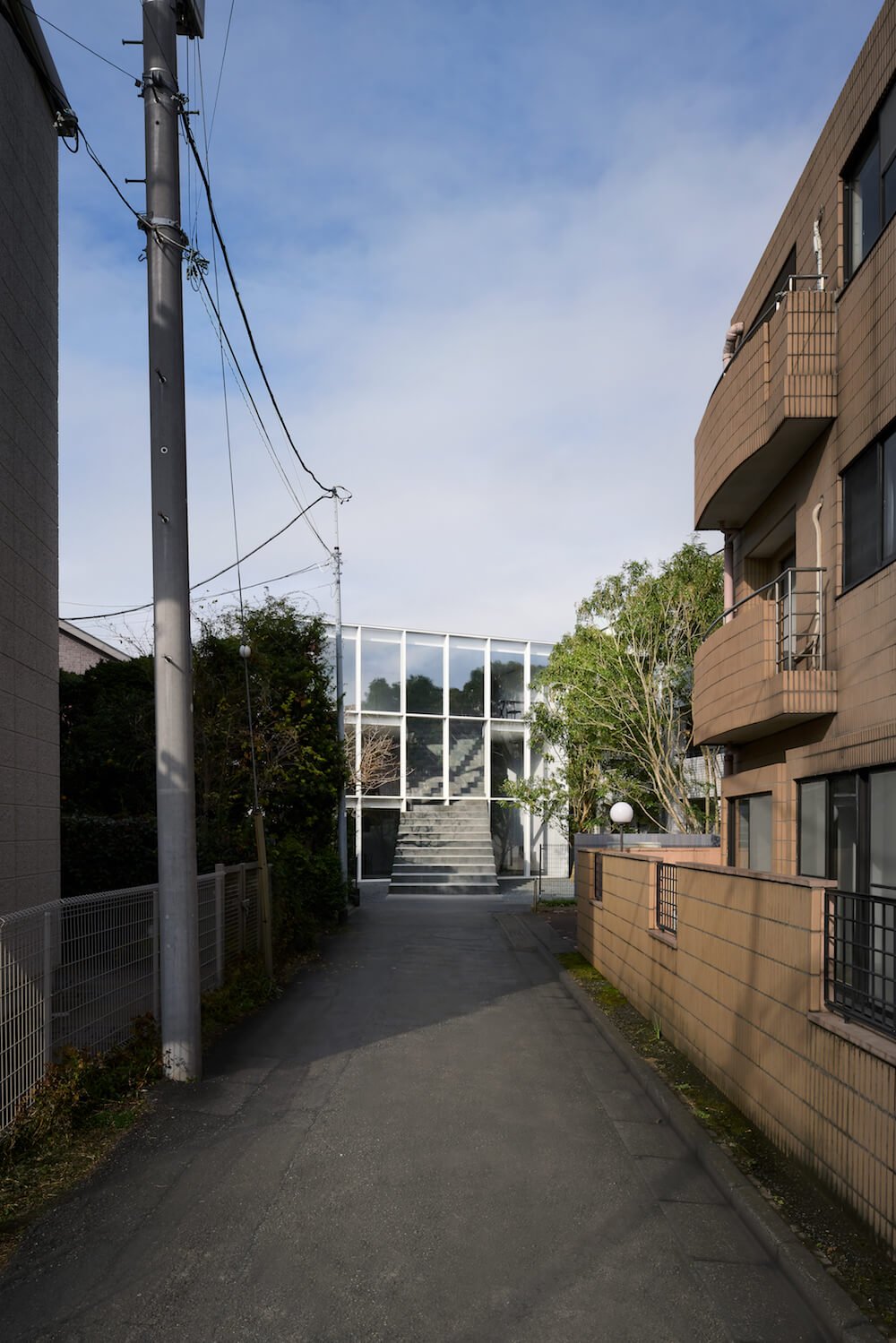 This is where the staircase comes into play as an organizing principle. Integrated “to avoid the two households being completely separated at the top and bottom,” as the firm explains, this volume also encloses functional elements, such as bathrooms. Filled with plants, it creates a diagonal garden and a sun-soaked perch that all three generations can enjoy.

The Wonderful World of Nendo

Furnished sleekly – a stunning black kitchen, a minimal facade-facing workspace – the home is definitely not for the faint of heart. In one photograph, the young couple’s child dangles her legs from the third floor over the concrete staircase, a marvel of a structure.

According to Nendo, the staircase also has bigger ambitions: “Not only does the stairway connect the interior to the yard, or bond one household to another, this structure aims to expand further out to join the environs and the city – connecting the road that extends southward on the ground level, and out into skylight through the toplight.”

Nendo designs a one-of-a-kind multi-gen family home with an indoor-outdoor concrete stair at its centre.