Top 30: The Most Iconic Chairs of the Past 30 Years (Part 1)
For Azure's 30th anniversary, we go way back - to the breakouts of Tom Dixon, Marcel Wanders, Patricia Urquiola and more - and select the cult-status chairs that every design lover should know about. Here's our first 10, and their fascinating back stories. 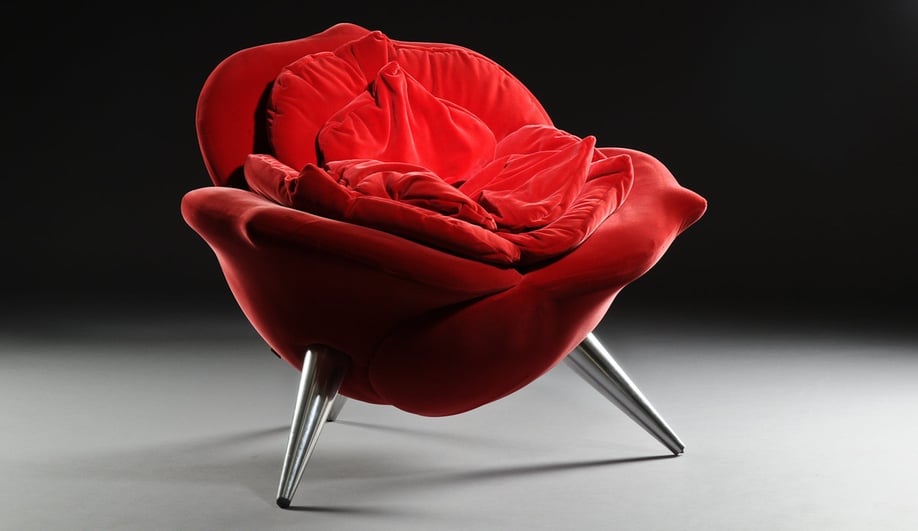 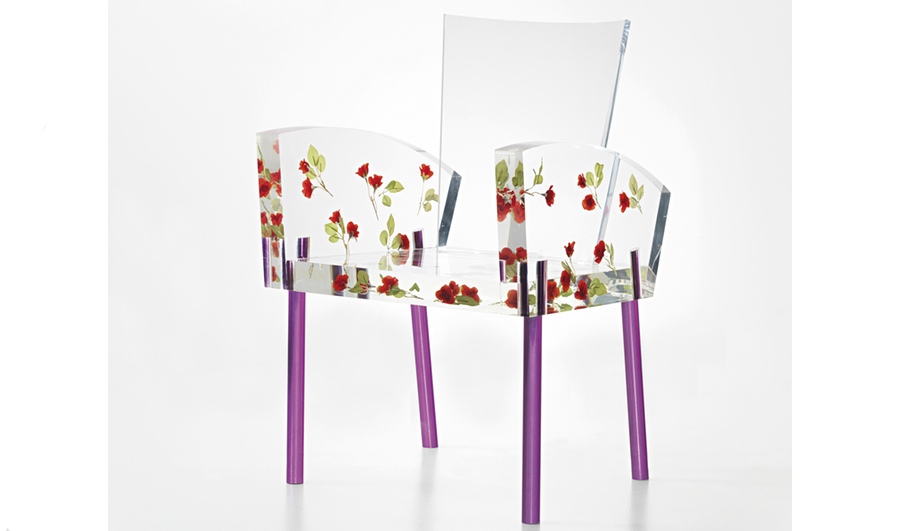 1 Miss Blanche by Shiro Kuramata (1988)
One rarely sees a piece of furniture that strives to embody a work of literature. Shiro Kuramata named his acrylic resin and plastic chair, with aluminum tube legs, after Blanche Dubois. The fake flower petals cast in the arms – where the air bubbles have been suctioned off for a flawless appearance – reference the reverie in which the ill-fated heroine of A Streetcar Named Desire resides. Kuramata, whose influence as one of Japan’s most important designers can still be felt today, died just two years after the 70-kilogram chair went into production at Vitra. 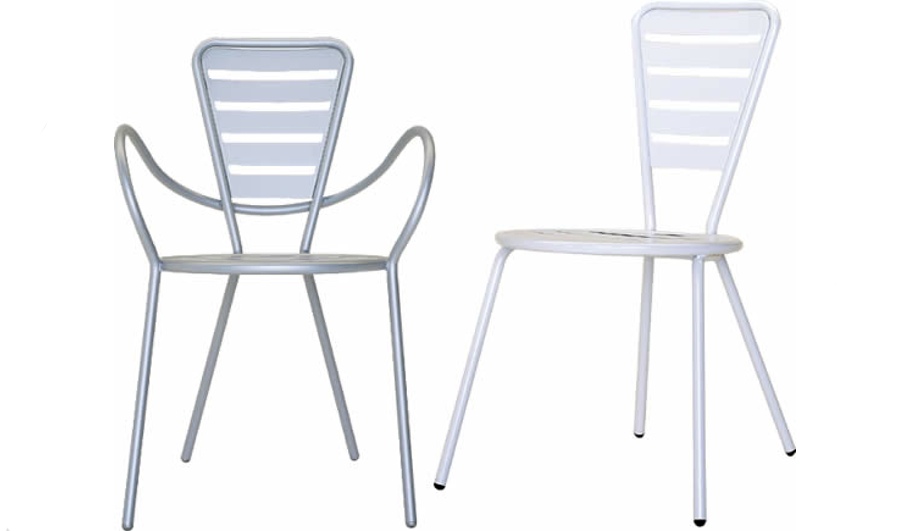 2 Gazelle by Jonathan Crinion (1988)
Now a beacon of Canadian design, Jonathan Crinion’s chair had a shaky start. In 2002, when Keilhauer reintroduced the chair at NeoCon, Pamela Young wrote in Azure that the manufacturer “resurrected Gazelle, the indoor/outdoor cafe chair by Jonathan Crinion that is a bona fide Canadian design icon. Introduced in 1988, Gazelle went out of production 12 years later when its designer withdrew the license after the original manufacturer failed to pay out royalties. Along with the original, all-metal Gazelle, a version of the chair with slatted wood inserts is now available.” 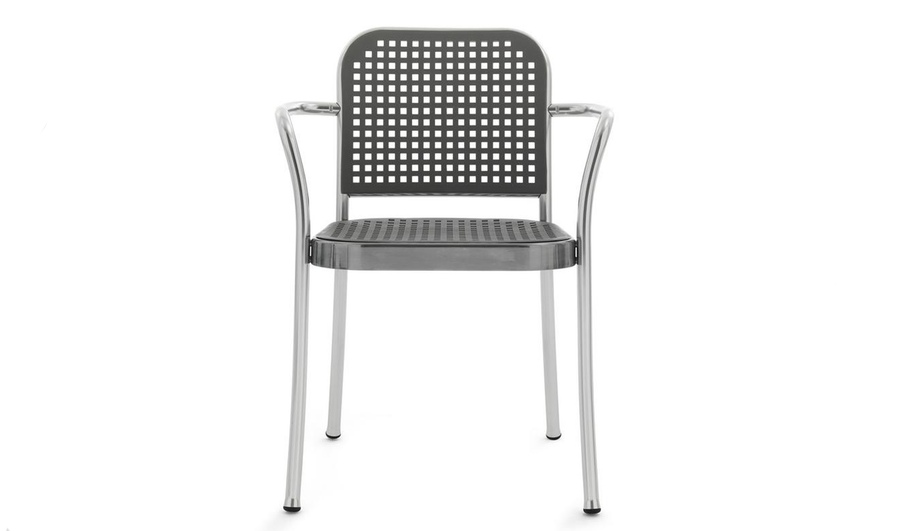 3 Silver by Vico Magistretti (1989)
Born into a family of architects, Vico Magistretti was a maestro of modern Italian design, in the mould of his contemporaries Achille Castiglioni and Enzo Mari. He was also one of the best at riffing on classics – and the Silver chair is a perfect example. Magistretti was a fan of Marcel Breuer’s S 32 chair for Thonet, so he set out to modernize the 1920 classic. Replacing the tubular steel U-shaped leg with four aluminum legs, and the wicker backrest and seat pan with high-grade plastic, he created his own time-honoured piece. The chair also represents the heyday of De Padova, the Italian company that still produces it. 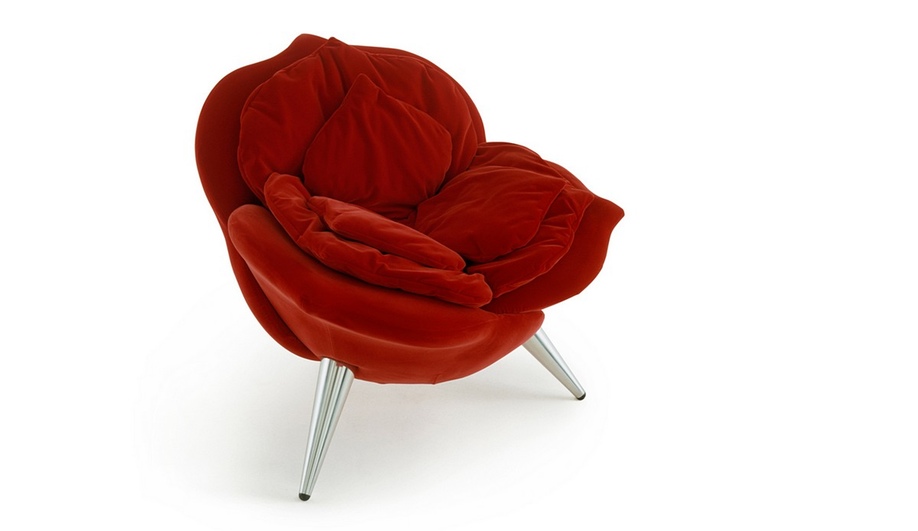 4 Rose by Masanori Umeda (1990)
Released just a few years after Edra was founded, the Rose chair hinted at what was to come. The Italian manufacturer is known as much for its hits (the Favela chair by the Campanas) as its misses (the Leather Works chair by, yes, the Campanas), but most of all it has distinguished itself as a brand that takes a chance on highly unusual designs. According to the Salone del Mobile, which singles out the Rose chair as one of the milestones in its history, the petals alone were a challenge: “These were such complex projects from the production standpoint due to their extreme mix of advanced technology and fine hand craftsmanship, and so unusual in their shamelessly lighthearted floral citation that they were virtually impossible to copy.” 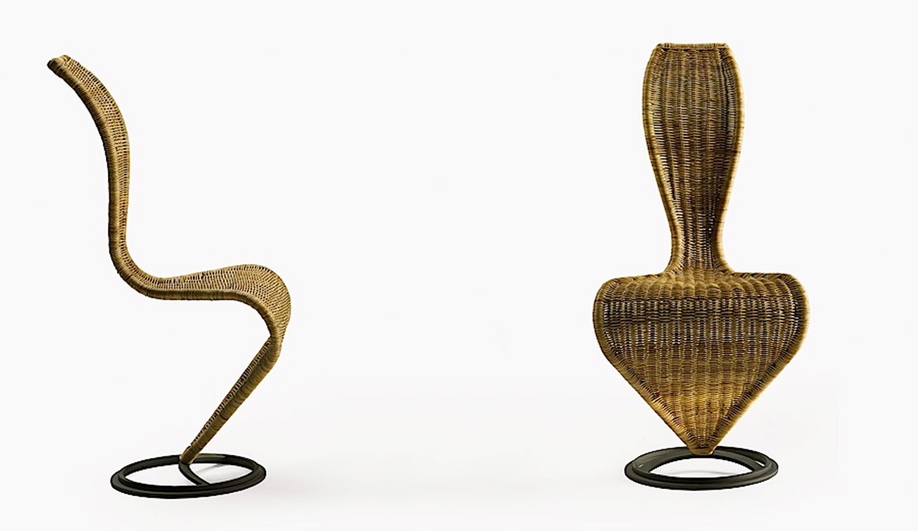 5 S by Tom Dixon (1991)
It’s a long way back from his glossy copper-hued collections, but Tom Dixon became a star with this hand-wrought metal and straw chair. In his book, Dixonary, Dixon reveals the thinking, or lack thereof, behind his breakthrough. He recalls, “…honestly, the only memory I have is of drawing a small doodle of a chicken on the back of a napkin and thinking I could make a chair from it….My slightly more successful designs seem to be ones that can be read in different ways, often quite opposite to their original intent. If the original departure point say, for the S-Chair for me was a chicken, it has often been described by others as a female form, by some as a flame or frequently as a 1960s-influenced Pop object.” Cappellini, which now also makes the chair in eco-leather, continues to discover new talents and launch their careers. 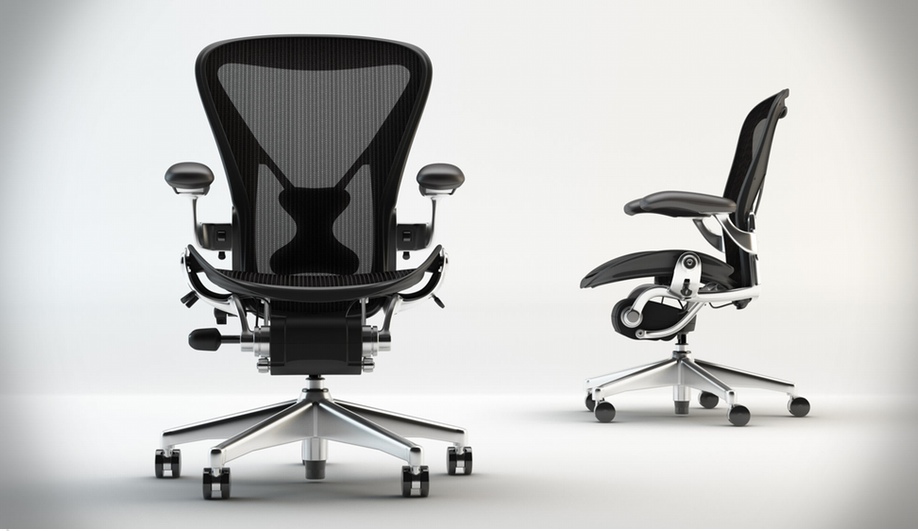 6 Aeron by Bill Stumpf and Don Chadwick (1994)
You can’t overestimate the significance of this revolutionary task chair. By stripping away all unnecessary materials – and opting for a mesh back and seat that was unheard of in those days – the Aeron was also one of the first furniture designs that addressed waste in furniture design. Its trajectory is almost as famous as the design itself: it was originally intended as a chair for the elderly, one that would replace the foam-padded recliners of nursing homes; it was market-tested as an office chair and received poor grades for its looks (Malcolm Gladwell’s Blink goes into detail on its unhappy pre-launch phase); it was snapped up by the dot coms of the 1990s, and then discarded as a symbol of the bust. Now, it’s more popular than ever, and Herman Miller‘s most famous product. 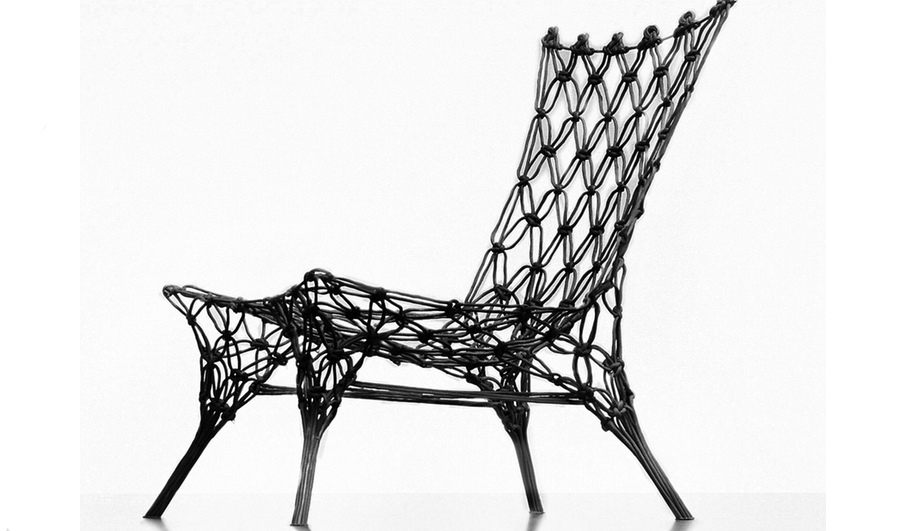 7 Knotted Chair by Droog (1995)
Marcel Wanders is practically a brand unto himself, and his company Moooi is synonymous with contemporary Dutch design. But he came on the scene with this chair for Droog that mixes high and low tech. The ropes of Knotted are a combination of aramid and carbon fibre, and the chair is knitted into shape then dunked into epoxy resin and hung to dry. Droog remembers its debut – part of a group show in Milan – as a tumultuous event: “On the opening day enormous crowds gathered and the police had to be called in to control the traffic outside the building.” Cappellini picked up the design, and was producing it until 2011. 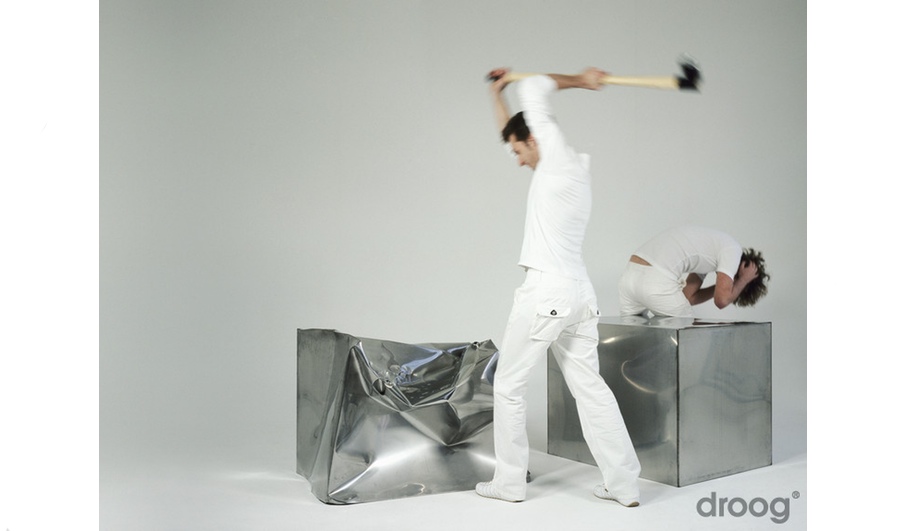 8 Do Hit by Marijn van der Poll (2000)
Another Droog icon, the Do Hit smashed old typologies at the turn of the millennium. The packaging is itself provocative: the stainless steel box comes with a hammer, for you to shape as you wish – while also blowing off some steam. It isn’t everyone’s favourite (the New York Times snarked that it’s “bad sculpture masquerading as useless furniture”), but – like the similarly named Do Break vase – it reflects the subversive Droog ethos. 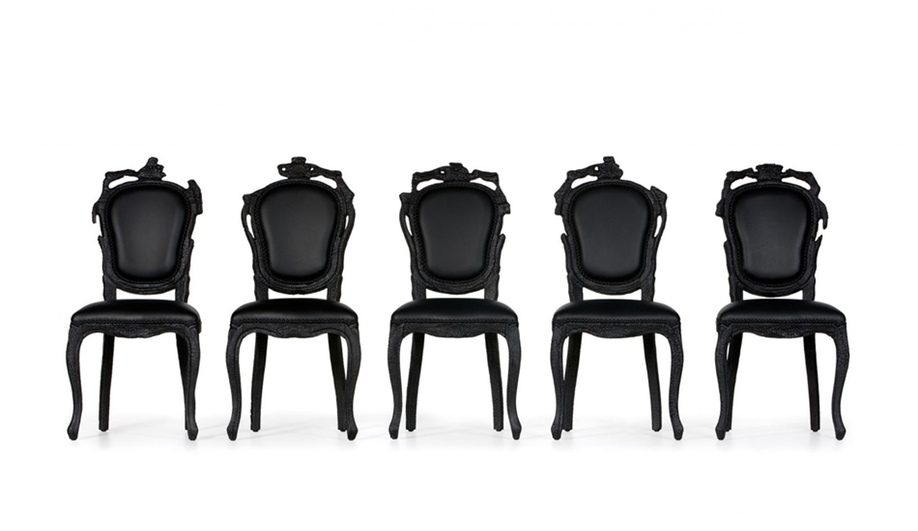 9 Smoke by Maarten Baas (2002)
What better way to move forward than by torching the icons of the past? The Smoke collection marked the arrival of another enfant terrible on the design scene. As part of his graduation project at Design Academy Eindhoven, Maarten Baas set fire to pieces by Rietveld, Frank Lloyd Wright, Eames, Gaudí and others. As one of its first big moves, the then-nascent Moooi picked up three pieces for production, and continues to crank the chairs out in a factory before setting them alight. As for Baas, he’s since gone on to other idiosyncratic projects, like the Clay series and Real Time. In an interview with Azure in 2010, Baas, at that time the featured designer at Design Miami, explained, “In the design world, 90 per cent of what you see is very rational and you can explain why it’s so good. I think the real beauty is in nature, but nothing there is so explainable or rational.” 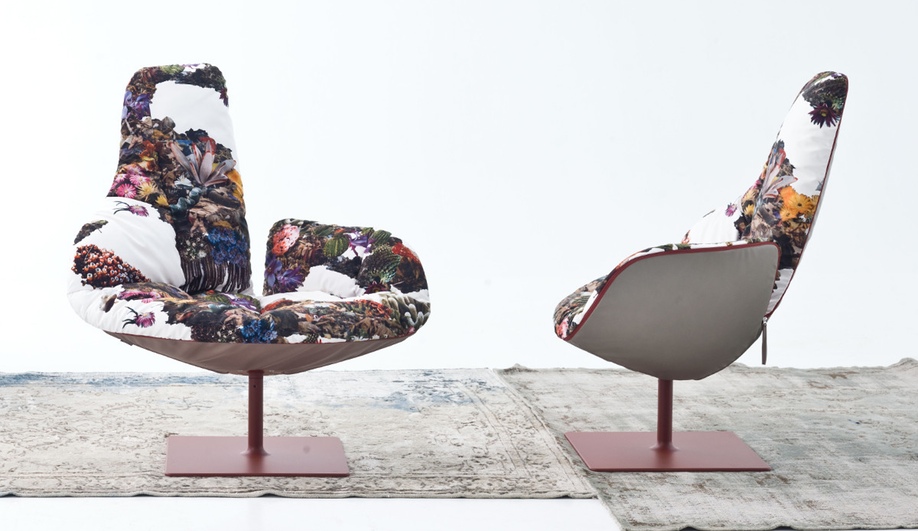 10 Fjord by Patricia Urquiola (2002)
Before she was practically a household name – covered in Fast Company, the New York Times and the Wall Street Journal – the prolific Patricia Urquiola stepped into the spotlight at the Milan furniture fair with Fjord. The chair (shown in a recent upholstery update) is quintessential Urquiola, merging industrial manufacturing with a personal touch. (“I translate my personal problems with irony,” she told Azure in 2007.) Fjord is one of her more restrained designs; she’s gone on to create Volant, Antibodi, Biknit, Bohemian and other flamboyant soft seating designs for Moroso that are defined by their upholstery, an essential component of the final product. Bringing a feminine flair to Italian modernism, the collaboration between Moroso and Urquiola has endured to this day for its beautiful results.

Have we overlooked an amazing icon? Let us know your thoughts – and which designs we should include in our next two instalments. Follow us on Twitter, Facebook, Pinterest and Instagram with the hashtag #Azure30, for more on the 30th anniversary of Azure.