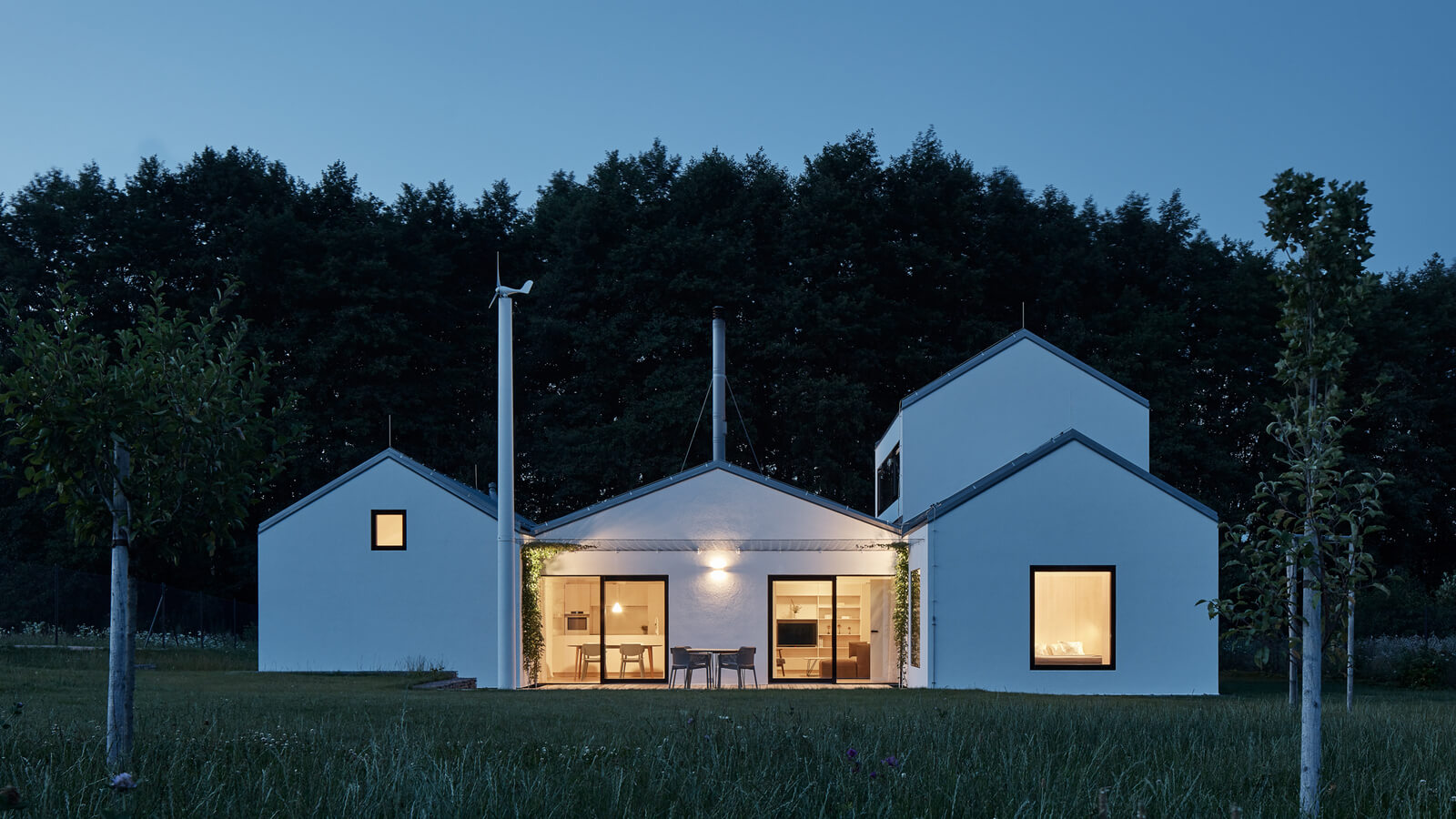 Slowly but surely, the humble Czech cottage is being elevated to the status of thoughtfully designed home. Summer House, set on a green meadow near the town of Benešov, some 30 kilometres from Prague, is a prime example. From different perspectives, the 176-square-metre ensemble might appear as separate houses. That’s because, in a way, it is.

Summer House was designed by the Prague studio DDAANN, led by Daniel Rohan and Daniel Baudis, for three generations of a single family. “The main idea was that they want to be together,” says Rohan, “but not so much together.”

The Prague-based couple that commissioned DDAANN wanted a weekend and summer home for themselves, their two young sons and one set of grandparents.

Having outgrown their previous cottage — which they were also all sharing — the couple was looking for something bigger and with a bit more privacy, Rohan explains. The home the firm designed for them is based on the shape of the traditional gable-roofed Czech house composed of several additions.

“Many Czech cottages were built as a small house and were then extended depending on the inhabitants’ needs over time,” says Rohan. In that vein, Summer House is a series of separate buildings connected by a central shared space.

The main entry to Summer House is via a door on the north side and through a volume housing a mudroom and bike garage.

On the south-facing side, two massive sliding windows lead from the living room to a larch terrace covered by a stainless-steel mesh pergola. This net — a trellis for creeping vines — is supported by a tall column topped by a wind turbine (a nod to the owners’ love of windsurfing).

The home’s spatial embrace of this private outdoor nook transforms it into a cozy patio that the multiple generations can enjoy throughout the summer.

The main entrance into the home is on the north side, where an outdoor parking spot under a polycarbonate pergola connects to a building containing a mudroom and bike-garage-cum-workshop partially clad in that same surprising corrugated polycarbonate panelling. 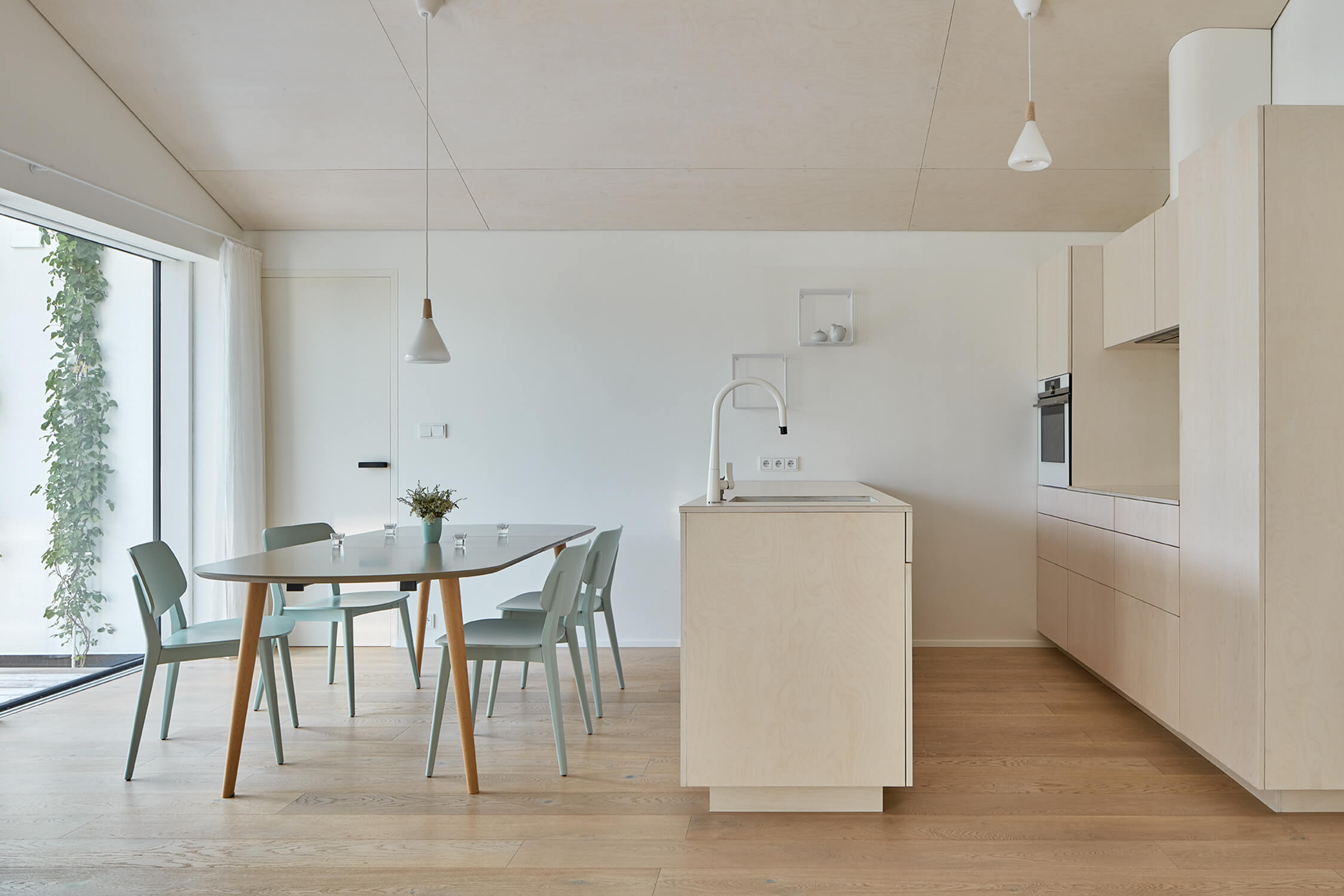 Sparsely furnished, the kitchen exemplifies the unified aesthetic of the interiors, where plywood is the star material. 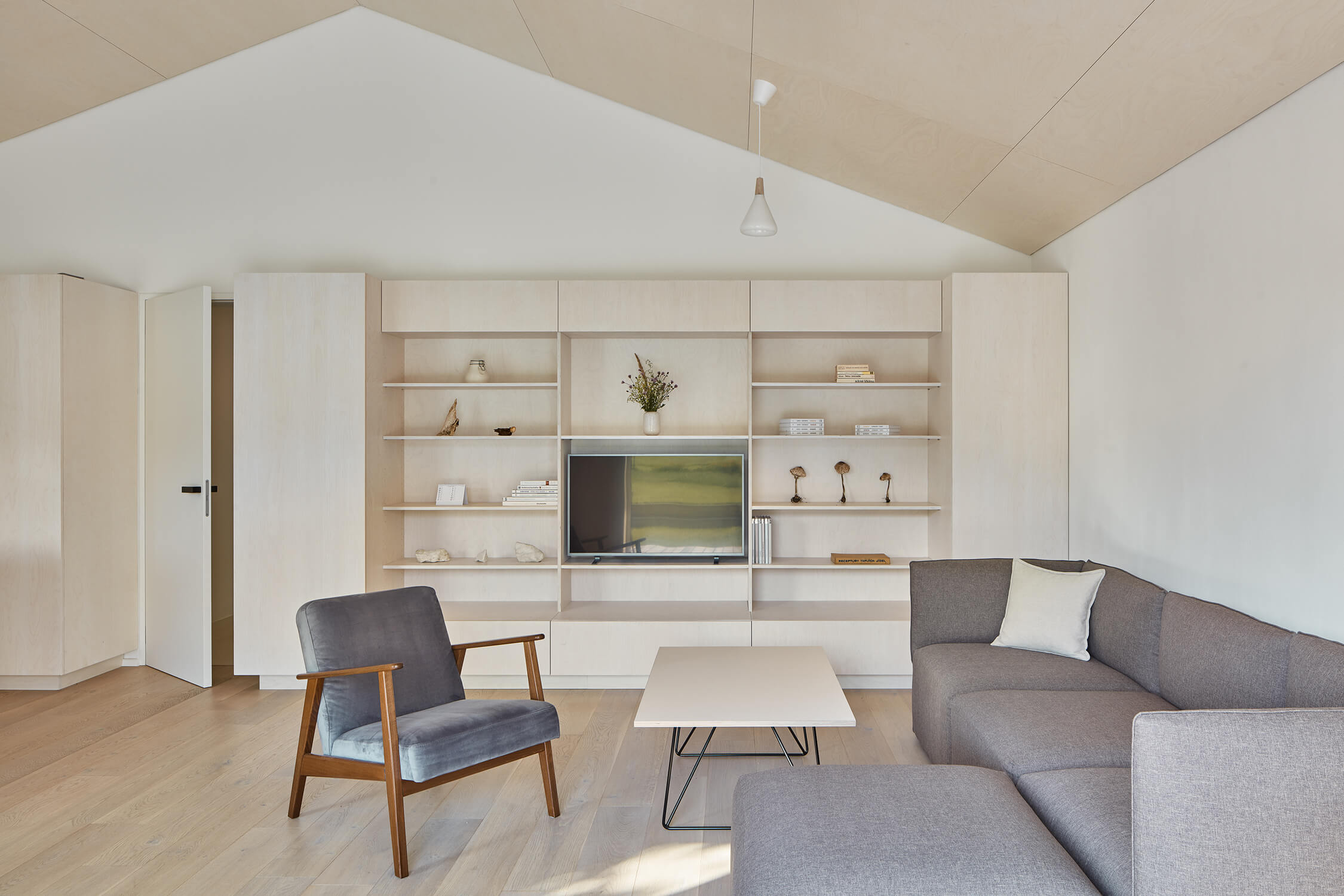 On the south side, the multigenerational home’s volumes are arranged to delineate an outdoor patio just outside the shared living room. 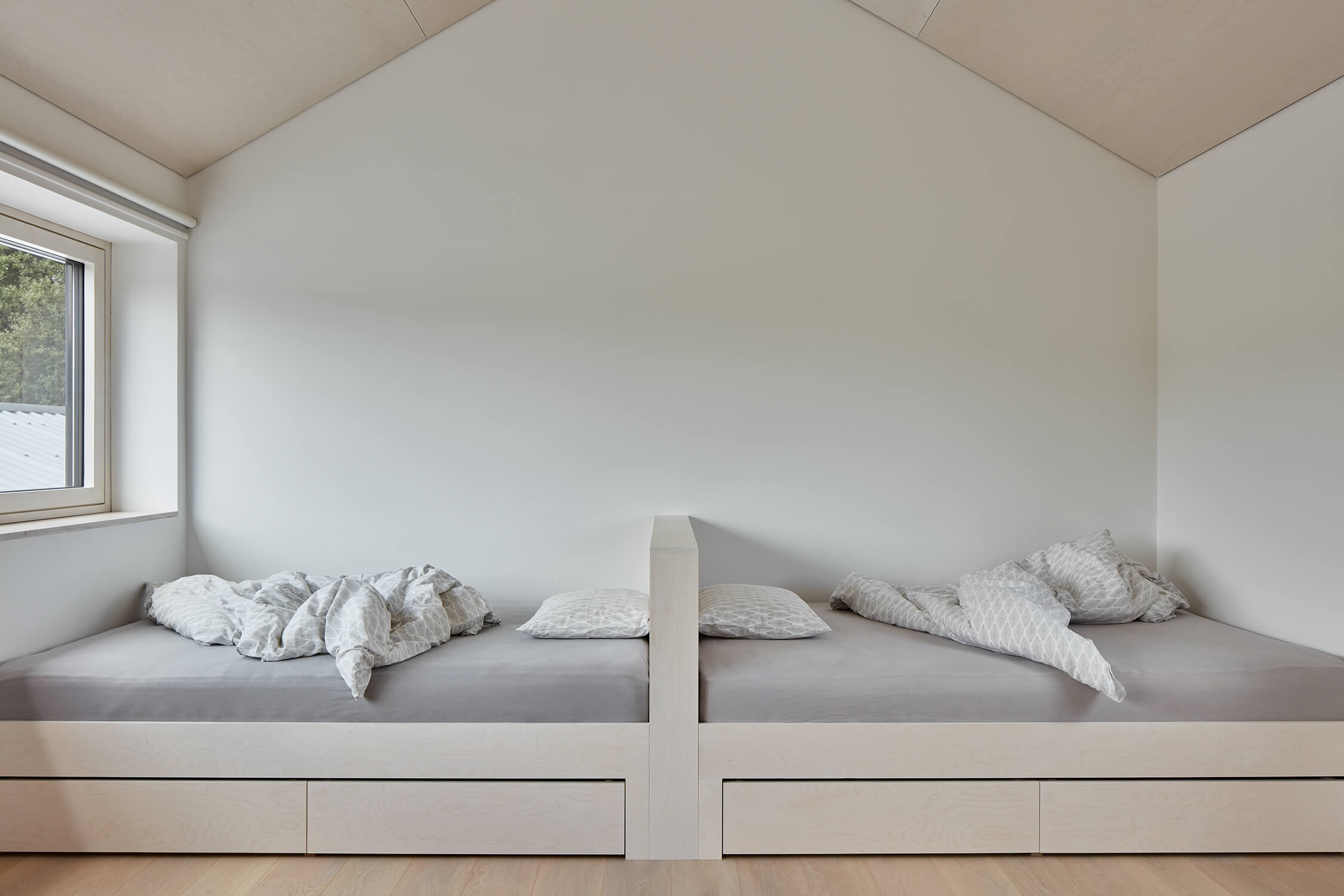 The custom built-in furnishings, designed by the architects, include bedrooms with under-mattress storage.

A fireplace at its centre, the heart of the home is an open-plan living, kitchen and dining area. From here, family members can retire to their respective quarters. “Each generation has private space in separate parts,” says Rohan. To the west, the grandparents’ section includes a bedroom, bathroom and living area.

To the east, the parents’ area includes a spacious master bedroom with an ensuite and a study that doubles as a guest room. Reached via a staircase, the boys’ area above offers dreamy views to the surrounding meadow. The ensemble is tied together with oak flooring and pale plywood. The latter is used for the clever built-ins, all designed by DDAANN, including a pitched-roof piece that functions as a headboard on one side and supports shelving on the other.

Plywood also clads the home’s soaring angular ceilings, from which simply shaped pendants hang at varying heights. This palette completes the idyllic project, creating a soothing and seamless feel throughout.