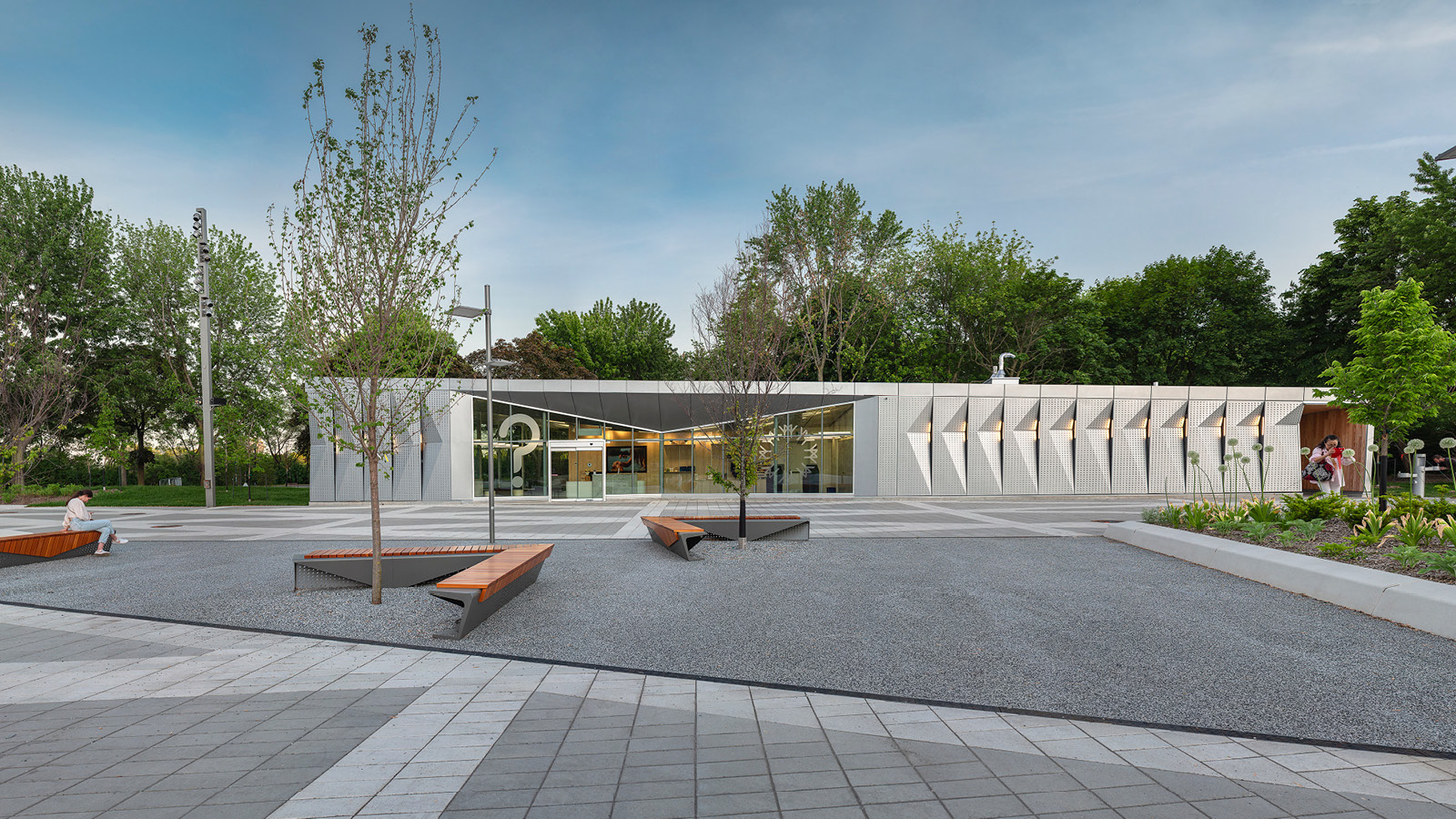 Improved circulation, additional lighting and a new amphitheatre turn the former fairgrounds into the welcoming Espace 67.

For such a beloved site, Montreal’s former Expo 67 fairgrounds in the middle of the St. Lawrence River had been fairly neglected by the time of their 50th anniversary three years ago. But that was then. Spurred by the city’s own 375th birthday in 2017, the better part of Parc Jean-Drapeau on Île Sainte-Hélène — nearly 140,000 square metres of land in total — was earmarked for a major makeover that saw completion last summer. Rethought and reconfigured by the transdisciplinary design firm Lemay, the site now boasts new lighting and seating, enhanced circulation, a more-than-57,000- square-metre “amphitheatre,” a riverside walkway and a host of sleek pavilions.

At the core of Lemay’s $64-million revamp is a striking central concourse connecting R. Buckminster Fuller’s famed geodesic dome (now the Biosphere) with Alexander Calder’s 1967 sculpture Trois disques. While largely conforming to the original axis between these landmarks, the new promenade is wider, has been patterned with graphic geometric pavers and is oriented more directly toward Trois disques. Controversially, numerous trees were removed to create the new belvedere around the sculpture, although the resulting unimpeded vistas not only highlight the artwork but take in the river and city skyline beyond. 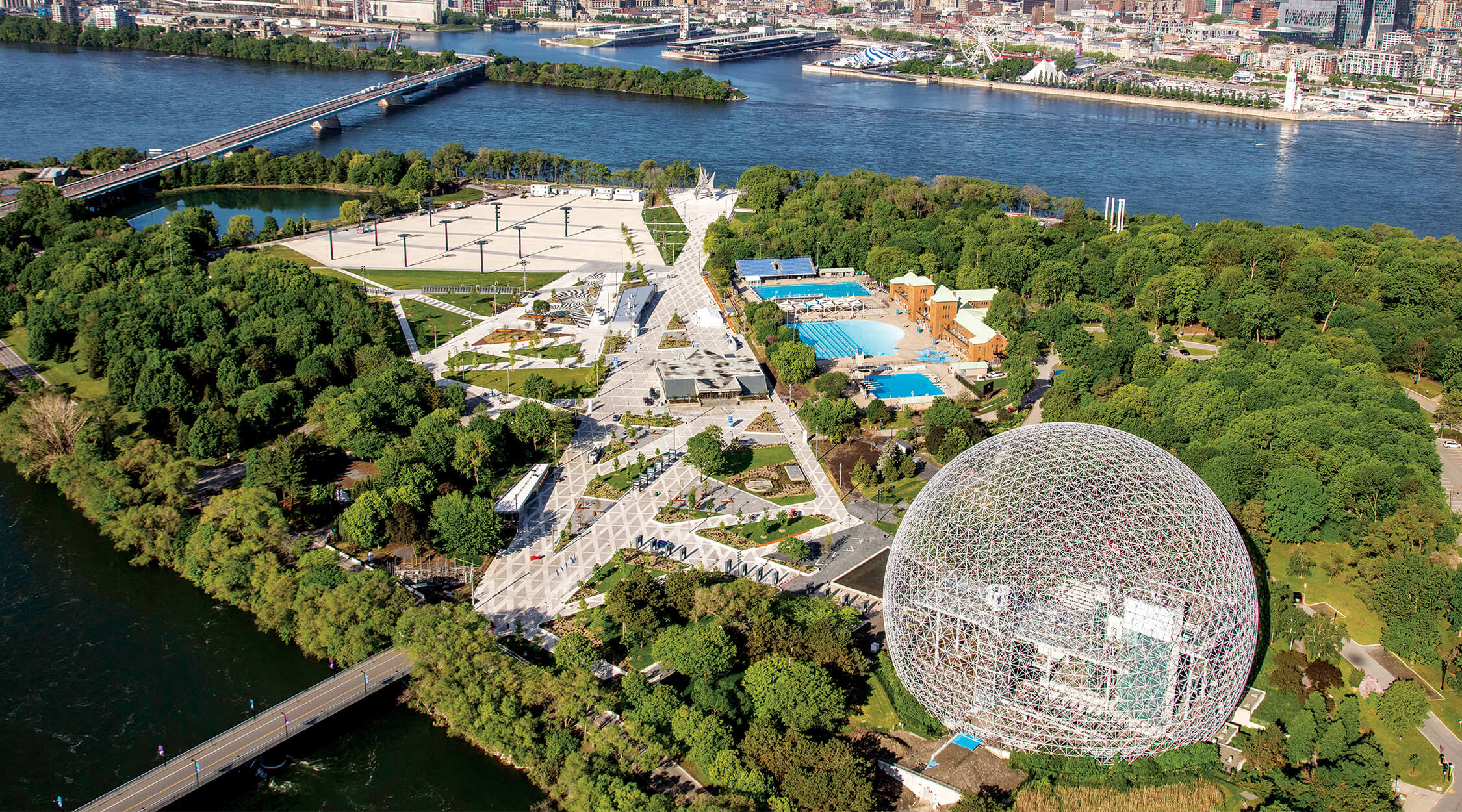 1Located south of Alexander Calder’s Trois disques, the amphitheatre is vast but adaptable to events of all sizes.

2The new pathways’ triangular paving stones are a nod to the pyramidal and other geometric shapes of former Expo 67 pavilions.

To the south of Calder’s piece is the “amphitheatre,” an all-season event space that can accommodate up to 65,000 people. Just below the sculpture, at the foot of a staircase and ramp, is the river walk, a quieter, woodsier area that (ironically, given the fuss over the felled trees) better integrates the Expo site with its natural surroundings. “Lemay’s concept,” says partner and design principal Andrew King, “blends the enchanting natural setting and rich historic past of this exceptional site to offer a truly versatile space.”

Improved circulation, additional lighting and a new amphitheatre turn the former fairgrounds into the welcoming Espace 67.