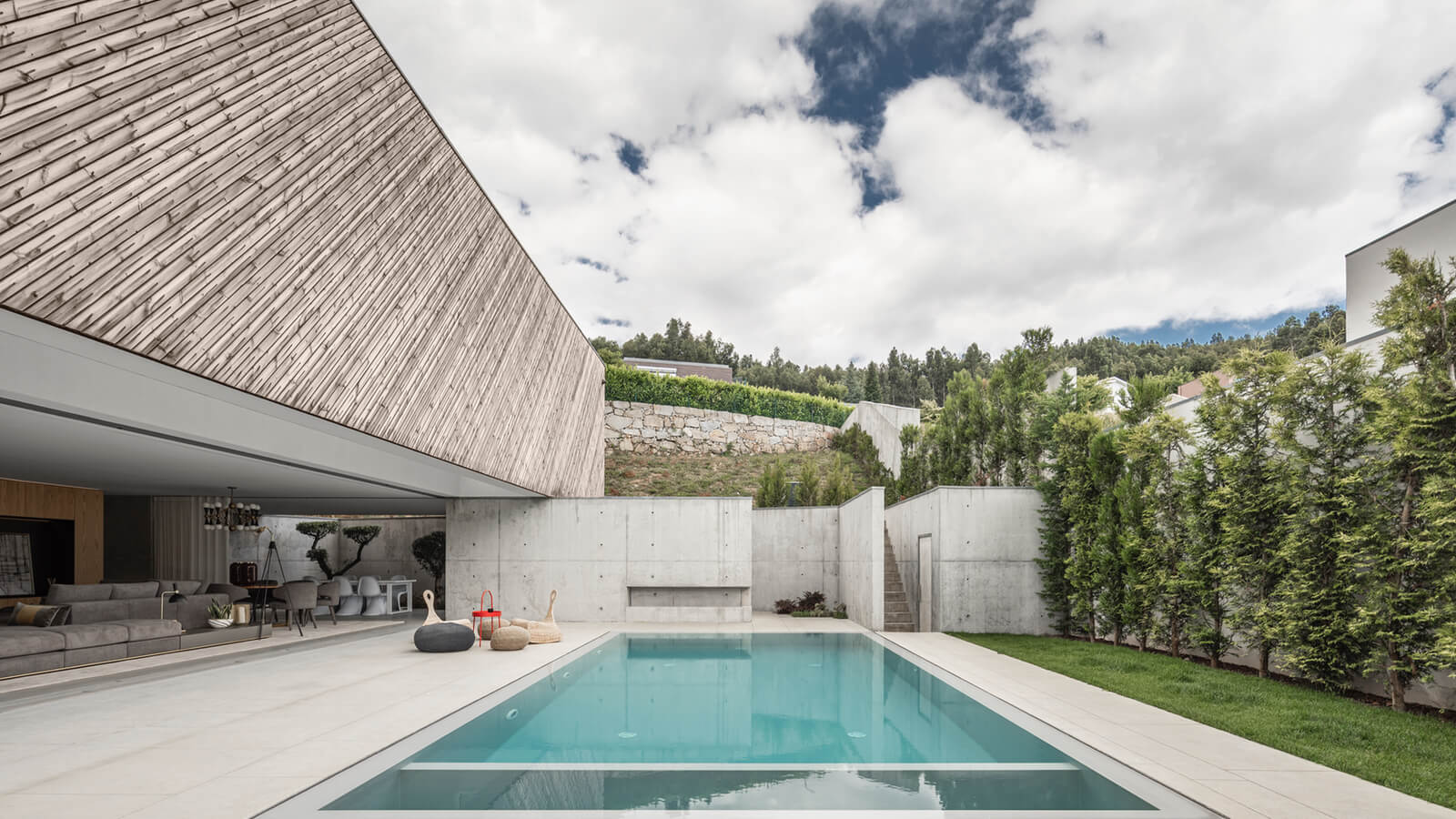 In Portugal, a Majestic Hill House Offers Privacy and Openness

The Jenga-like Casa A By REM’A Arquitectos is simultaneously private and exposed, giving its occupants both the seclusion and the light they crave.

What’s in a name? For Romeu Ribeiro and José Pedro Marques, principals of the Portuguese architecture firm REM’A, the answer is: quite a lot. The partners could have called themselves Ribeiro e Marques Arquitectos, but they chose the acronym, in part, because it suggests a mind meld — the notion that two brains combined are better than the sum of their parts. Ribeiro and Marques have known each other since their first year of university more than a decade ago and have worked together since 2014. “We discuss much more than we design,” says Marques. Their practice is rooted in creativity and debate. 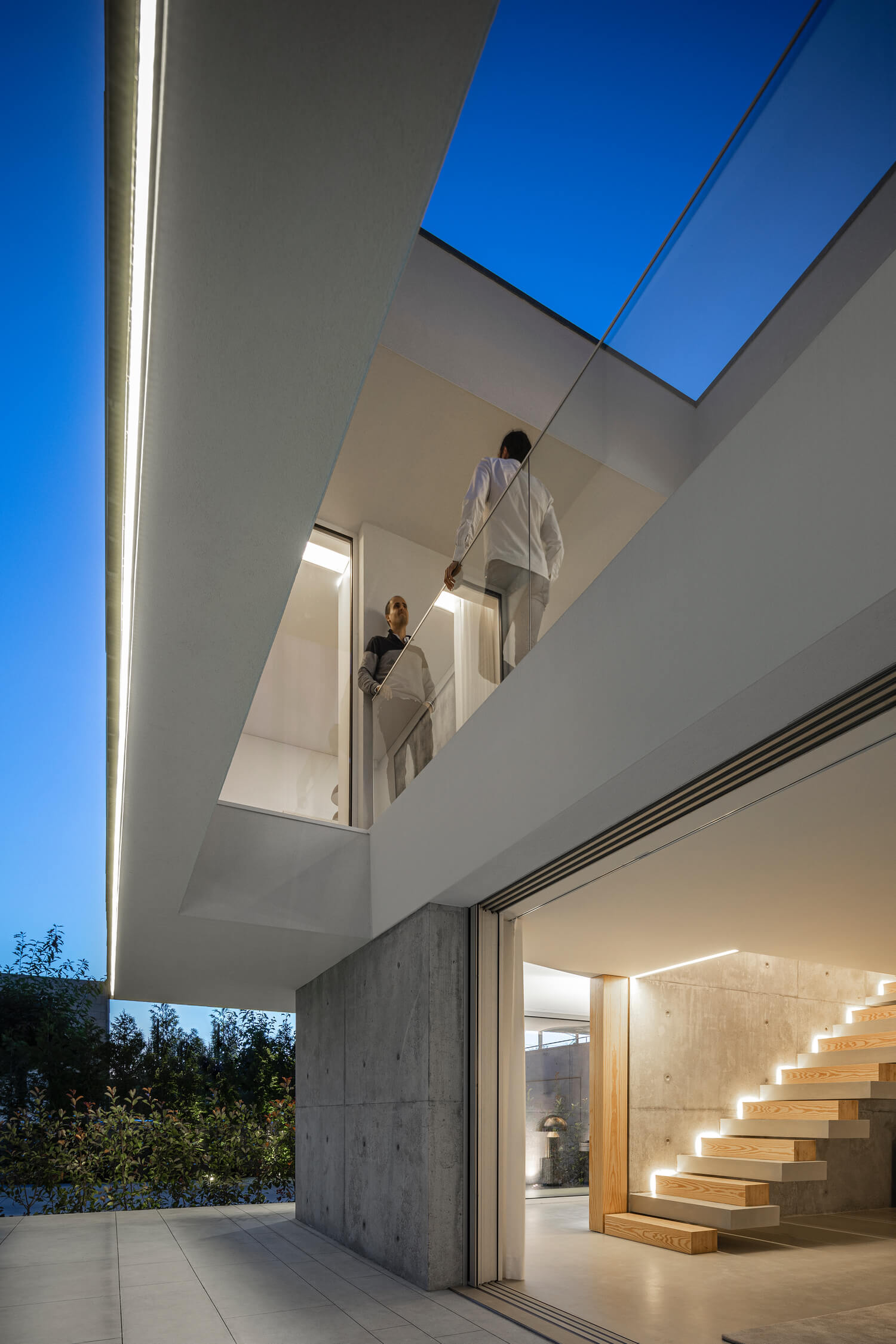 The largest of three rooftop “voids” offers a glimpse of sky above the corridor that overlooks Casa A’s main floor. The glass-edged passageway links upper-level rooms and is open to the elements.

The name REM’A also evokes one of their heroes, Rem Koolhaas, the renowned architect, urbanist and co-founder of the experimental firm OMA. Among Koolhaas’s masterworks is Casa da Música, the polyhedral concert hall that opened in Porto in 2001, initiating an architectural renaissance in the city, which isn’t far from Ribeiro’s and Marques’s homes.

But Koolhaas is equally influential for his theories, among them the notion that design is primarily social, since it both shapes and reflects the way people live. “Koolhaas gave us the idea,” says Ribeiro, “that architecture is a way to engage with human behaviour.” 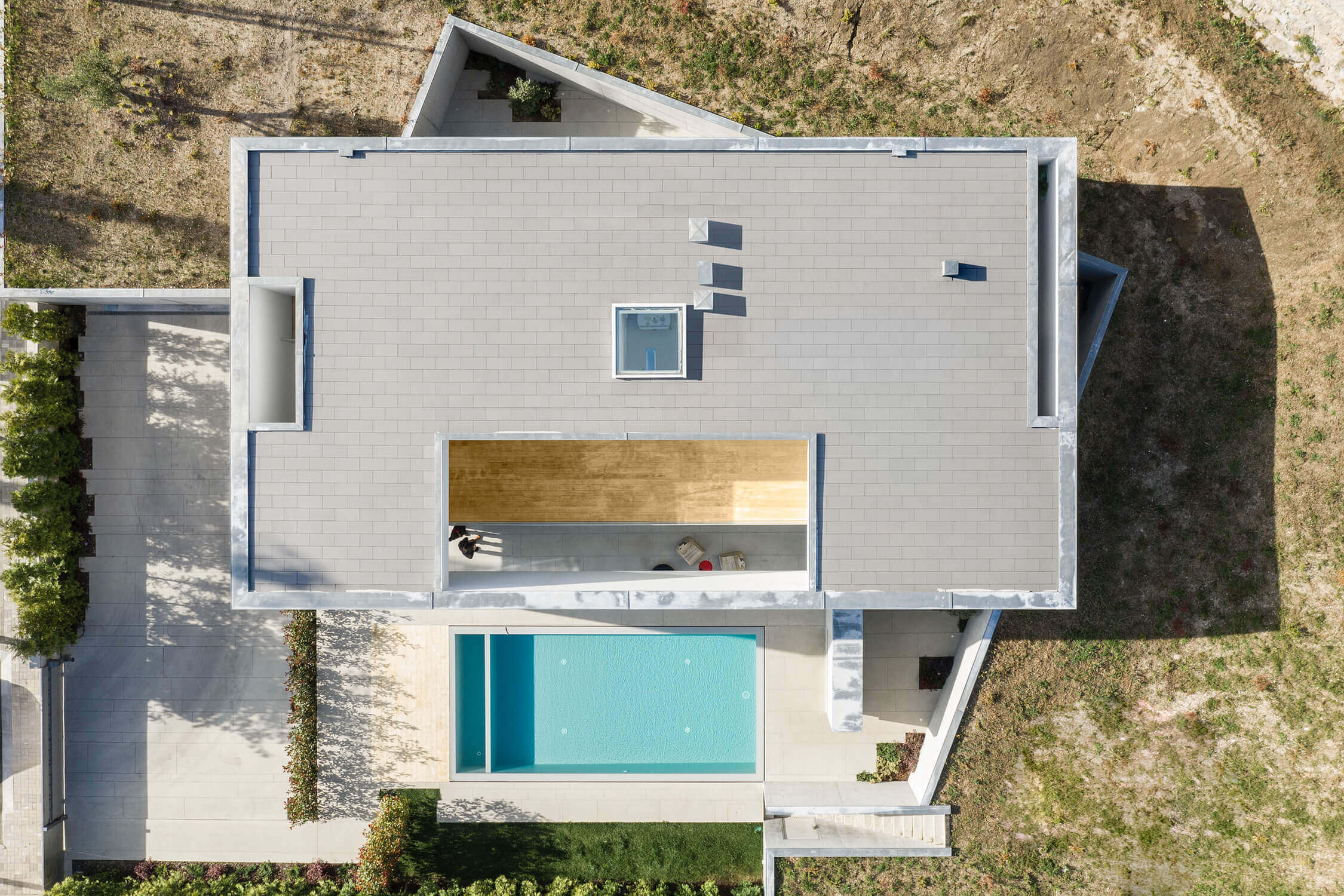 A concrete retaining wall defines Casa A’s recessed ground level, carved out of a hillside in Portugal. When the main floor’s sliding doors are opened, the interior connects seamlessly with a poolside patio.

Recently, the pair completed a hillside residence, called Casa A, in Guimarães, Portugal’s founding city. The clients, a restaurateur and his family, wanted both privacy and natural light, so the firm designed a dwelling that somehow feels closed and open at the same time.

First they dug into the slope to create a flat, sunken plane demarcated by a concrete retaining wall. This space includes a pool and the bottom portion of the house, which has a living room on the south side and a kitchen to the north. When the sliding doors are open, the living space integrates seamlessly with the poolside patio.

Above this public area, the architects set an opaque, rectangular box clad in thermally treated pine, with an office, a master suite and two additional bedrooms contained inside. 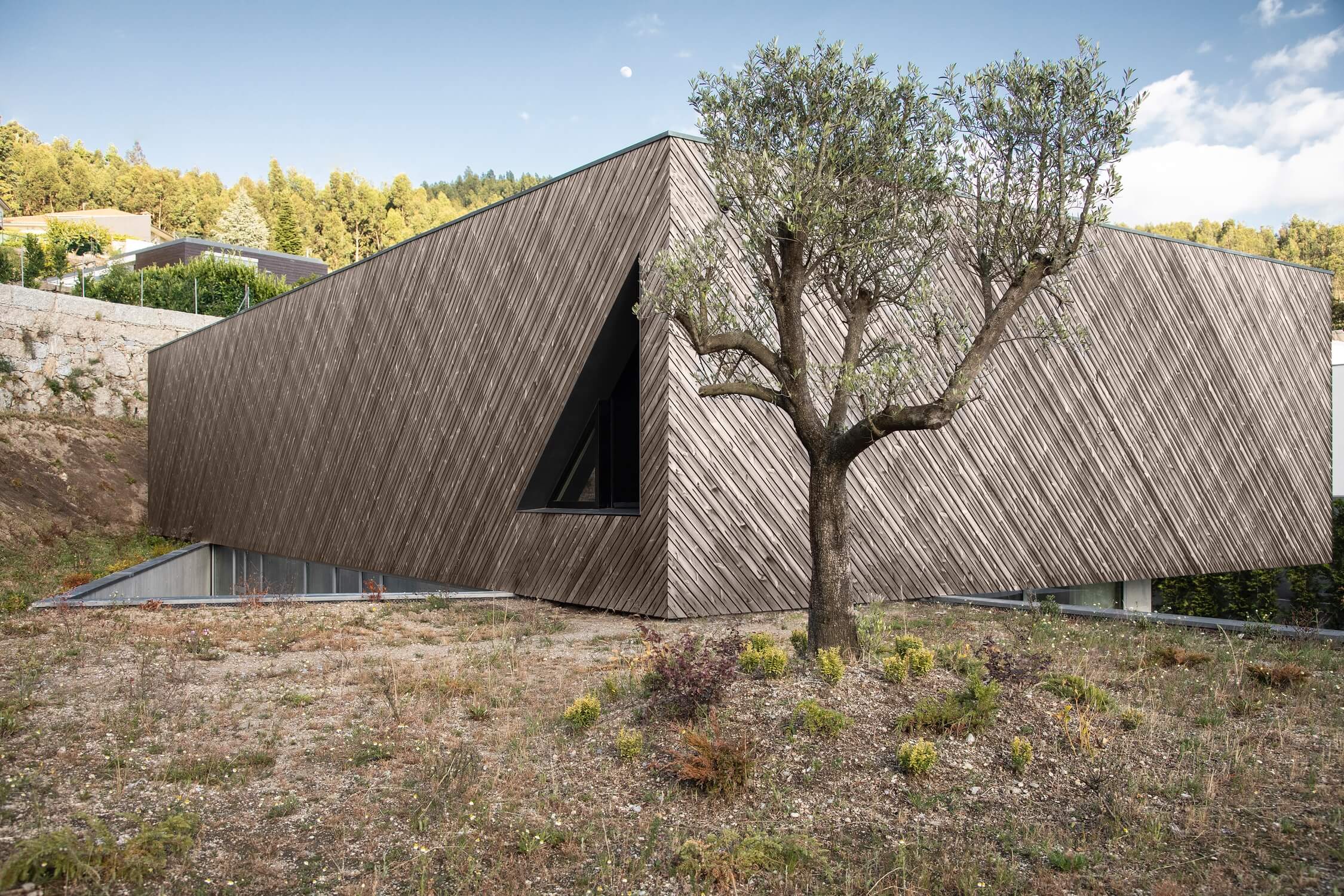 It sits atop a podium but has been rotated 45 degrees, like a Jenga block knocked out of alignment. This irregular placement allows for light wells — triangular spaces between the building and the retaining walls — that brighten the recessed property. The northern light well adjacent to the kitchen is positioned to catch the lingering western sun, thereby inviting the family to congregate, at the day’s end, in the space where meals are prepared.

The roof of the upper block also has three rectangular cuts, or “voids,” that open it to the sky. The eastern (and smallest) void brings a sliver of sun into the master bedroom sufficient to connect the space with the outdoors but not to interfere with late-morning sleep, while the western one brightens the office. 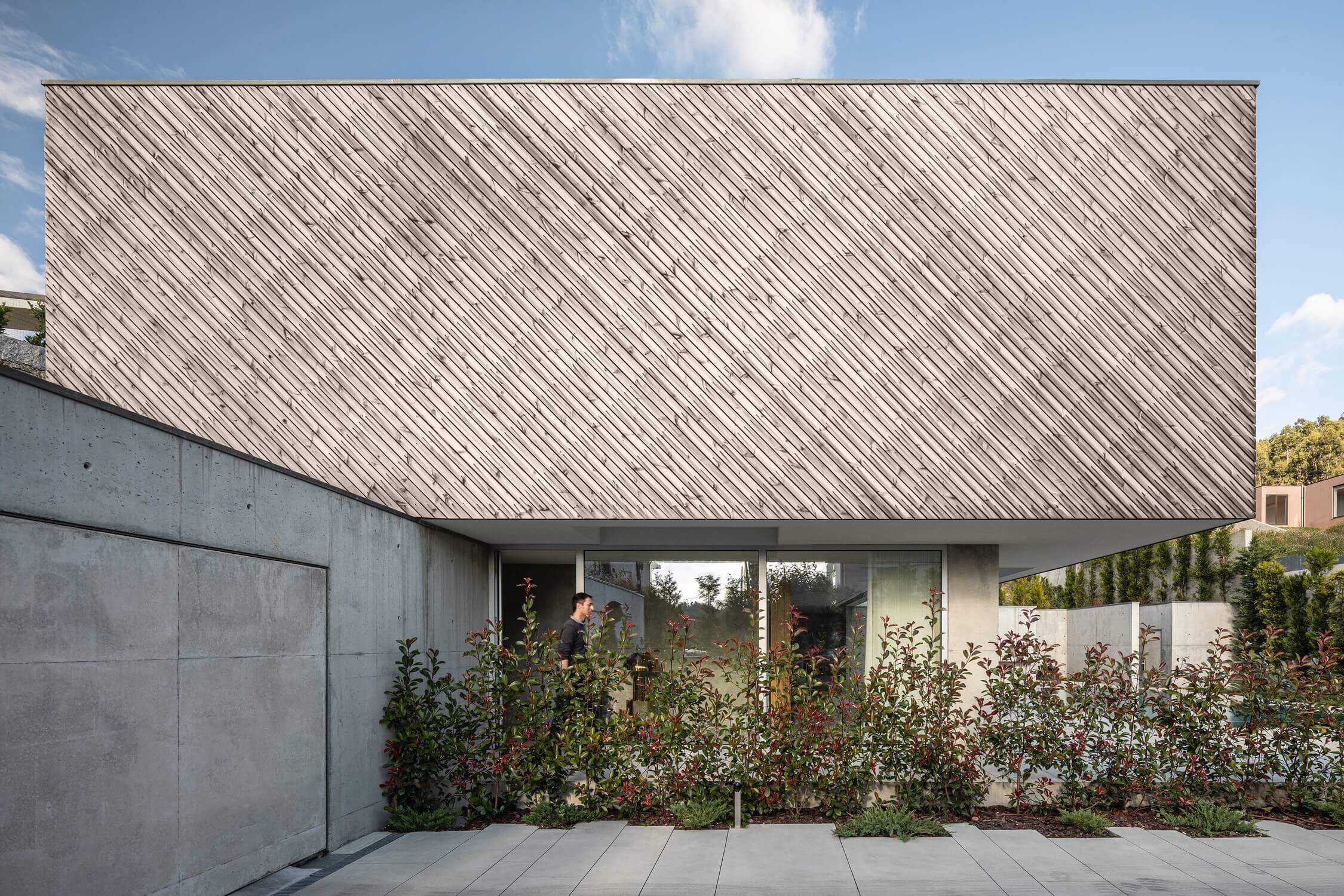 Veiled by bushes and punctuated by a glass curtain wall, Casa A’s entrance is simultaneously discreet and open.

The central aperture, which Ribeiro and Marques call the “great void,” exposes a passageway that knits the upstairs rooms together and overlooks the living space below. This roof opening also draws light from all coordinates to create a drama of moving shadows as the day progresses — a feature that will surely encourage the clients to spend more time outdoors. 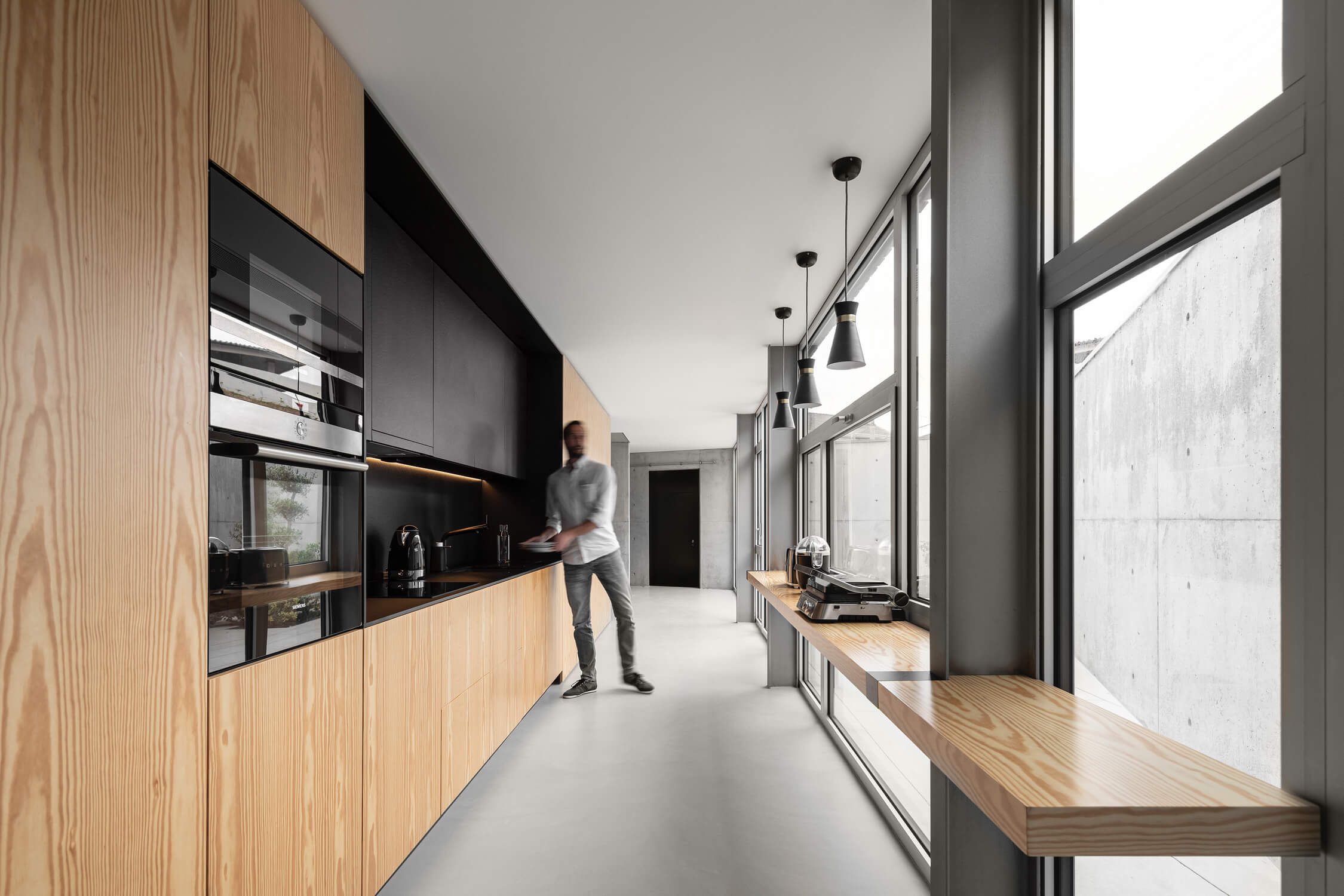 The kitchen is located on the house’s north side, where it catches end-of-day light through the outdoor shaft at right. It also shows off the home’s impressive millwork, which is both load-bearing and materially rich.

The cleverness and utility of the design hardly detracts from its beauty. Their work, Ribeiro and Marques say, bears the influence of Portuguese modernists like Eduardo Souto de Moura and Álvaro Siza, who combined a minimalist elegance with a fondness for irregular forms. 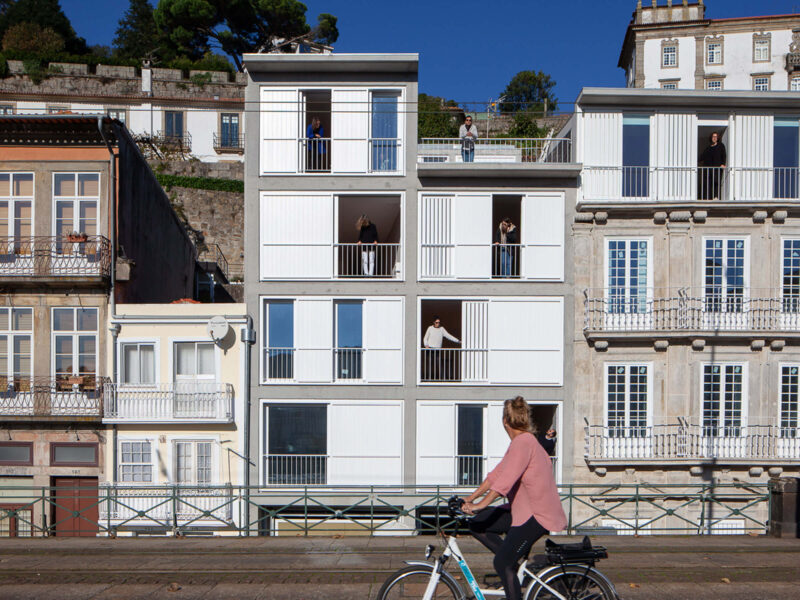 Casa A’s interior millwork — bespoke furnishings that sometimes have load-bearing properties — is every bit as functional as it is stylish. Conceptually, the project resides in the sweet spot were pragmatics and aesthetics meet. 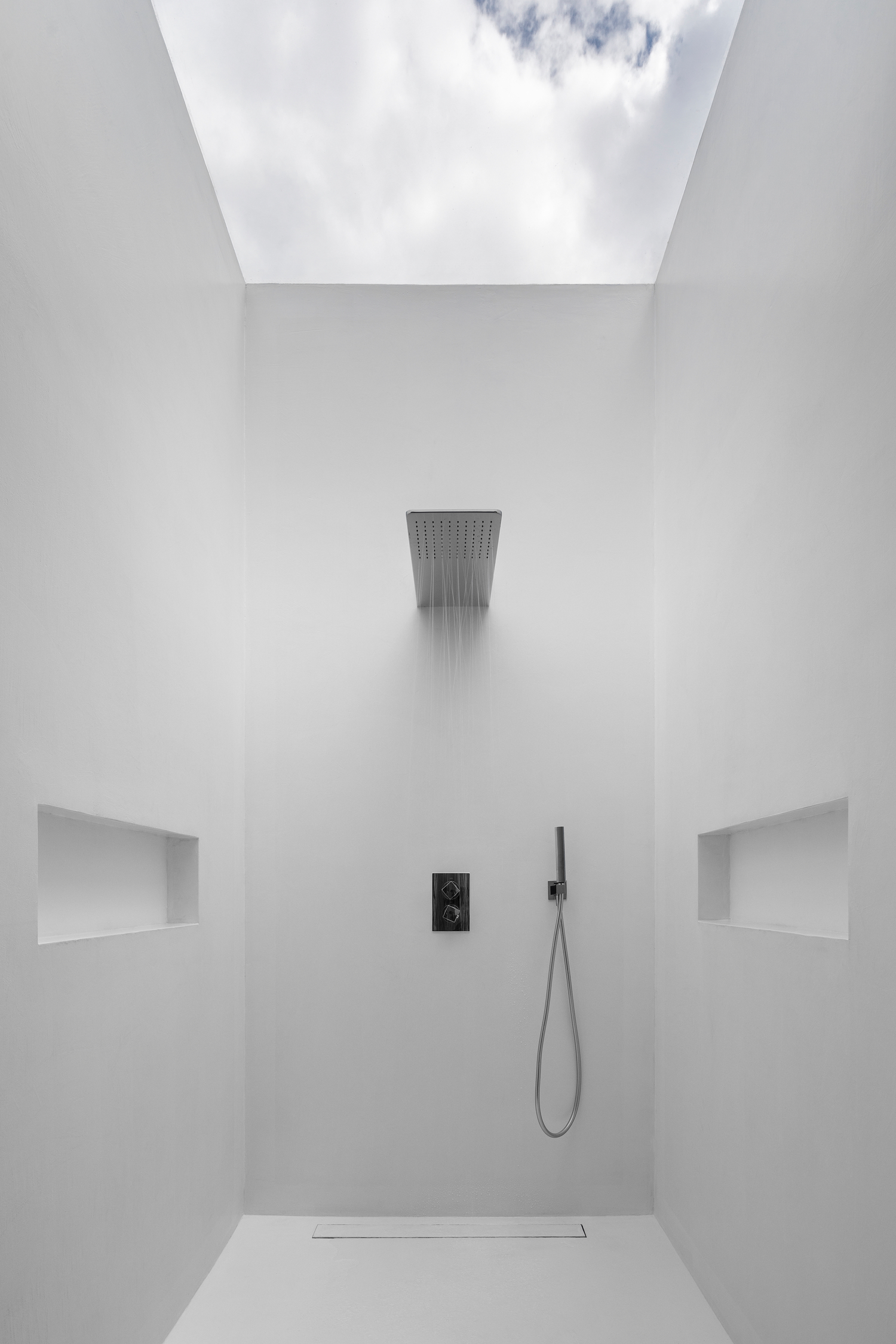 Marques likens this endeavour to that of a sea captain charting a vessel through choppy waters — another allusion that sheds light on the practice’s name. In Portuguese, the verb “rema” means to navigate or to row. 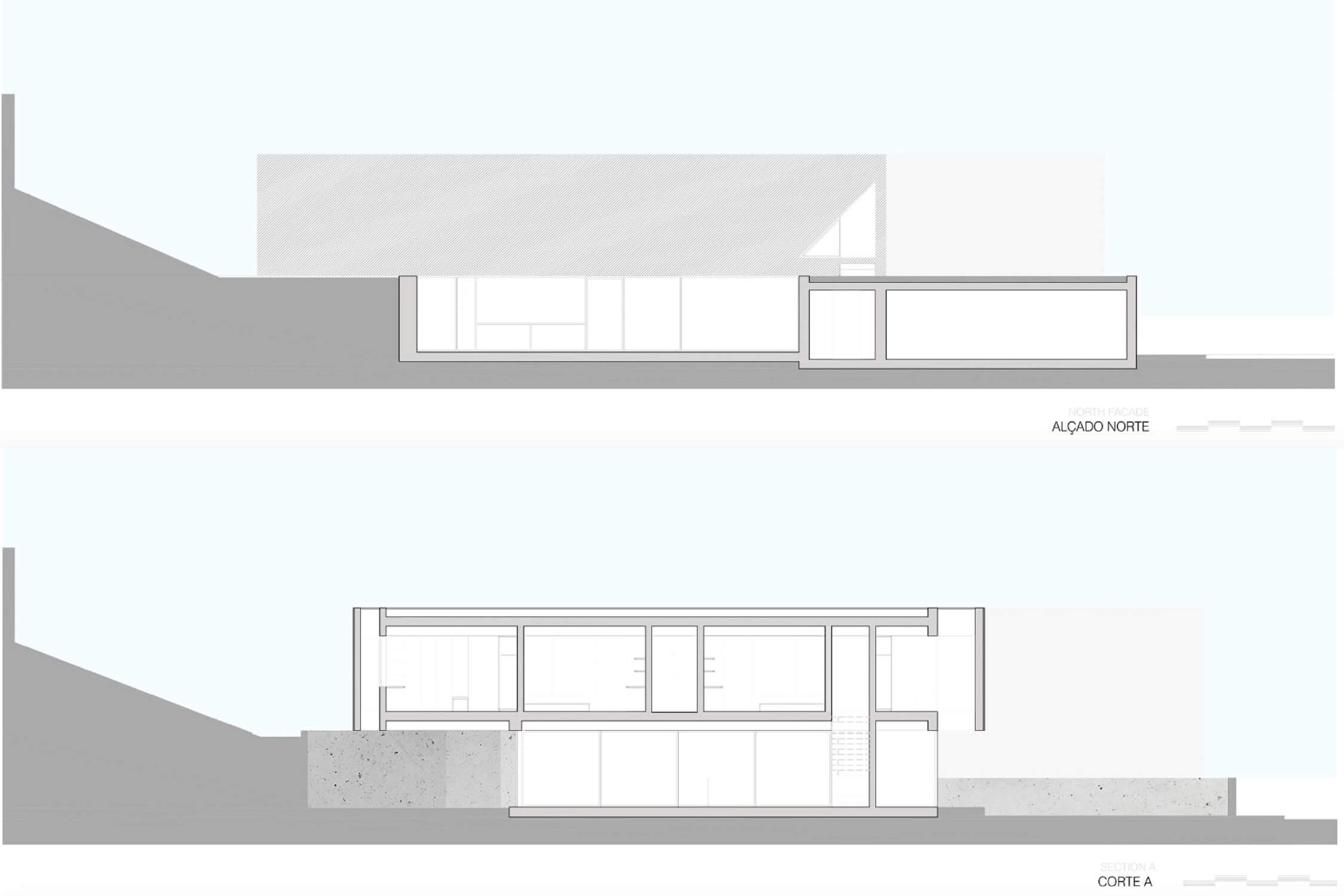 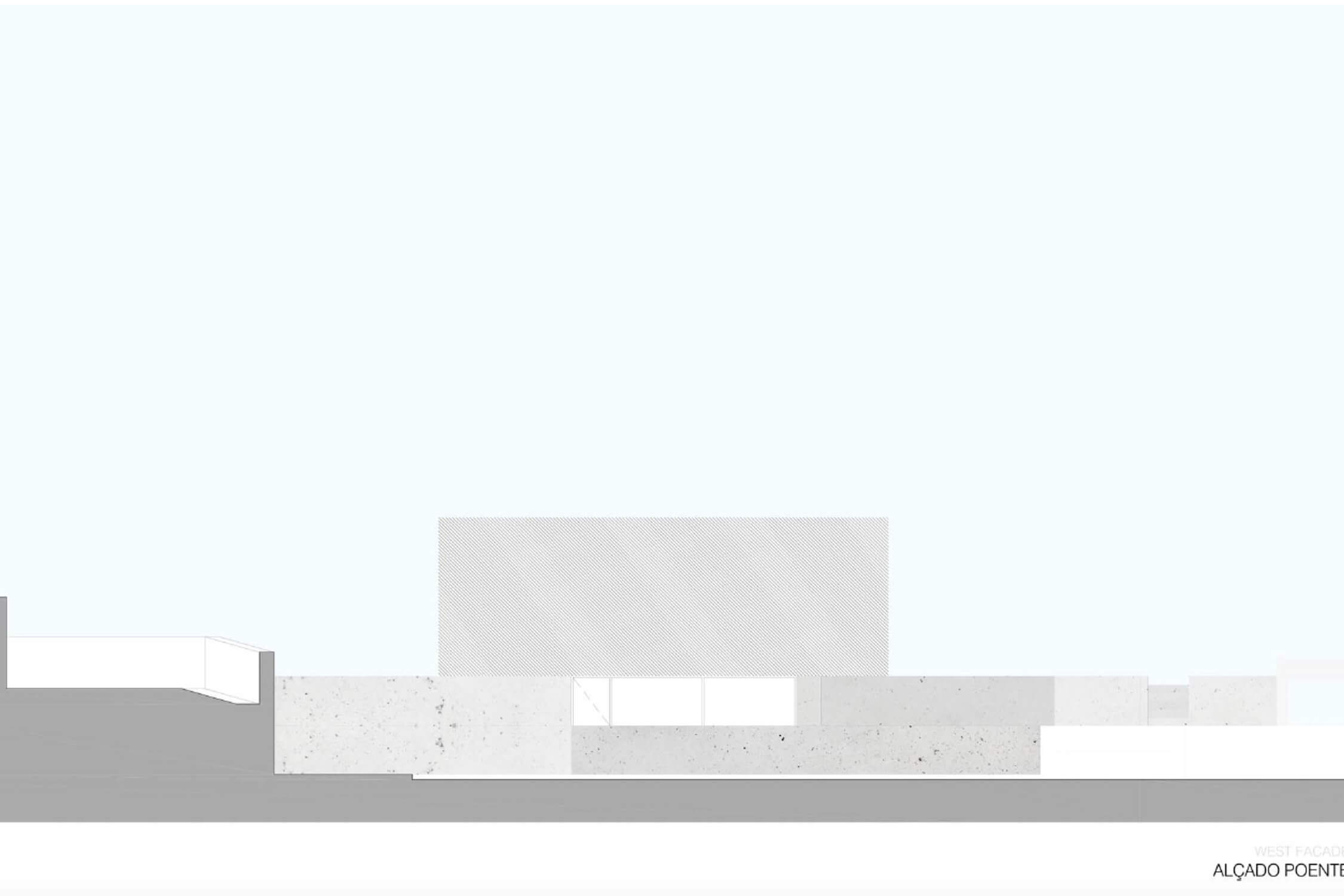 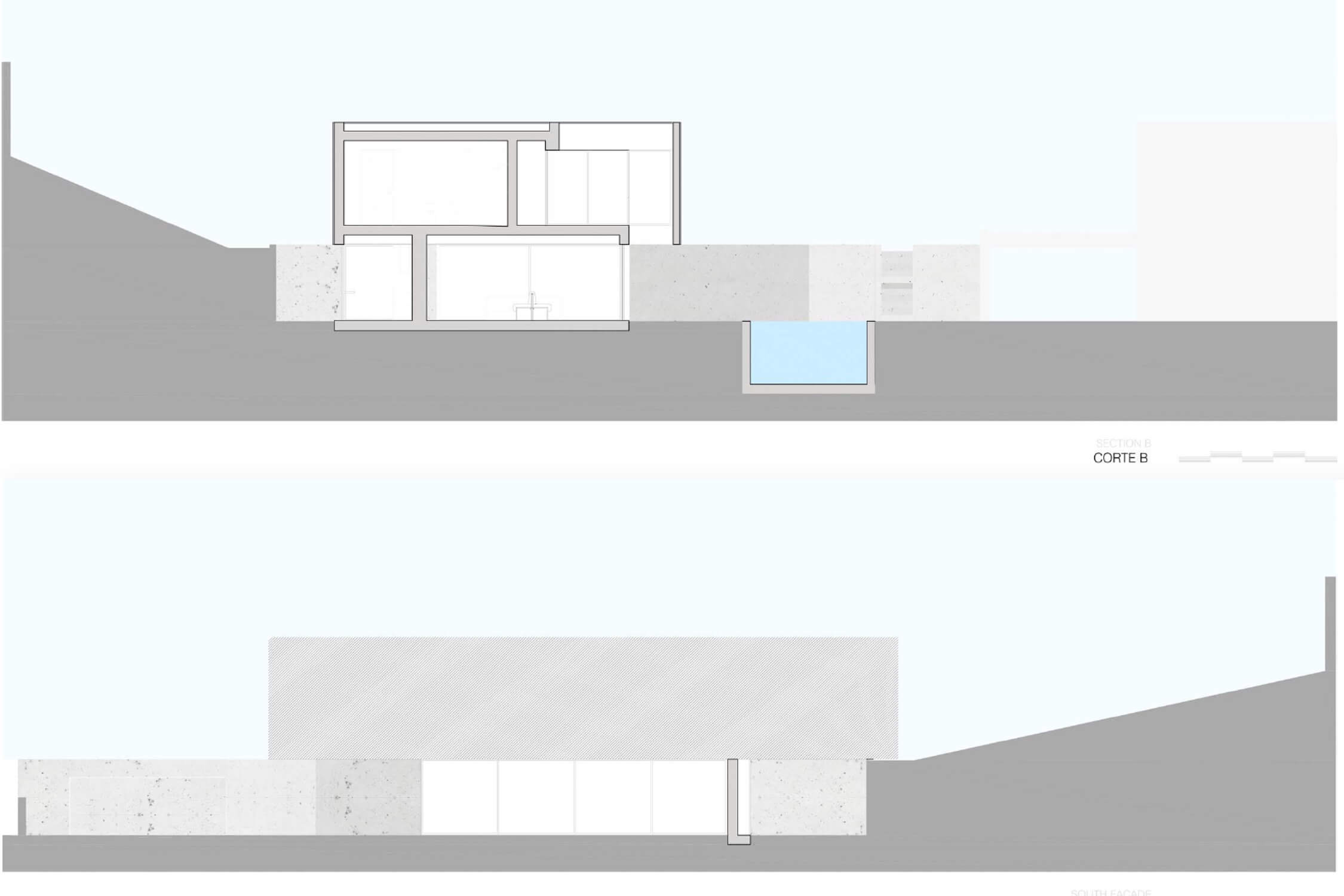 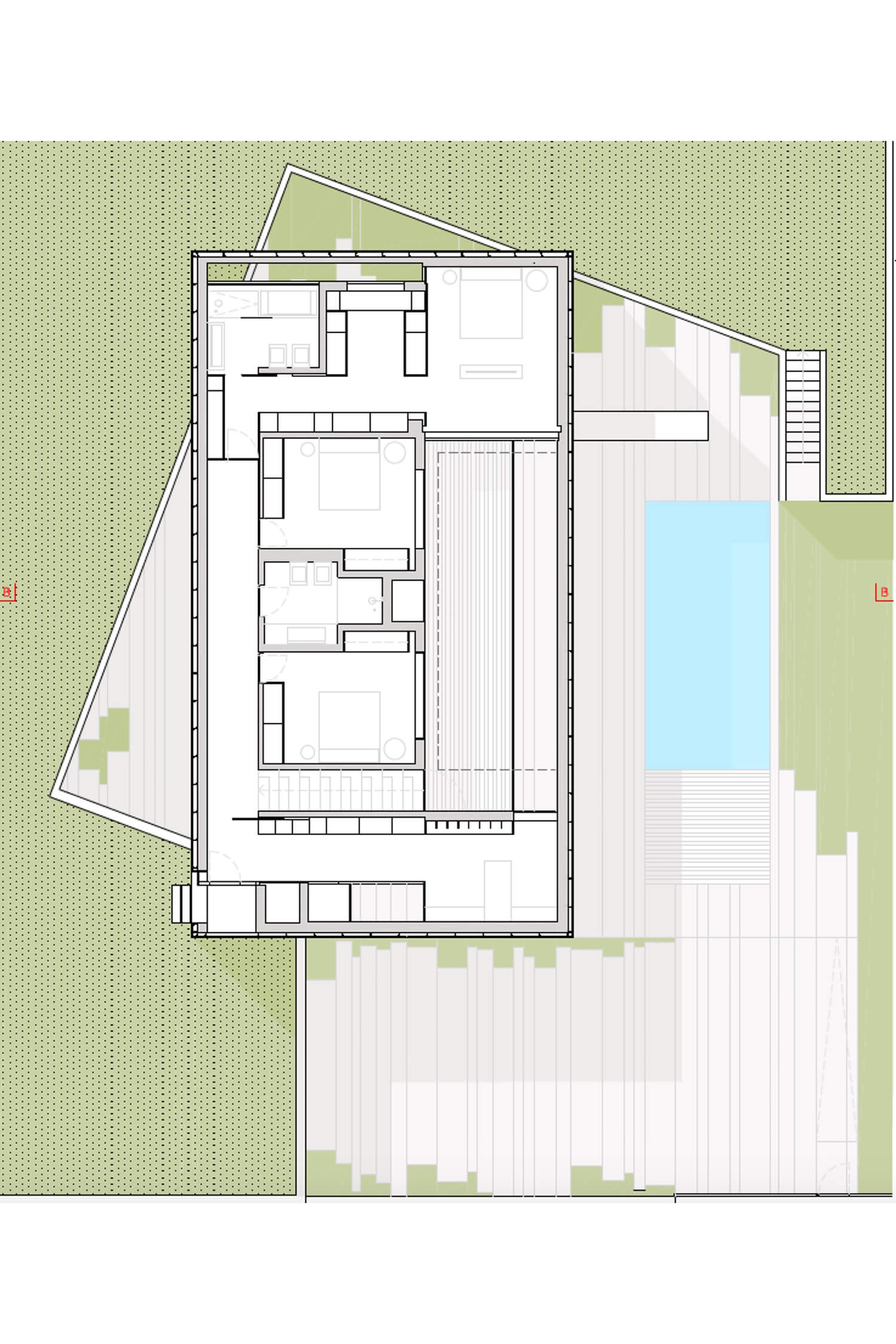 The Jenga-like Casa A By REM’A Arquitectos is simultaneously private and exposed, giving its occupants both the seclusion and the light they crave.