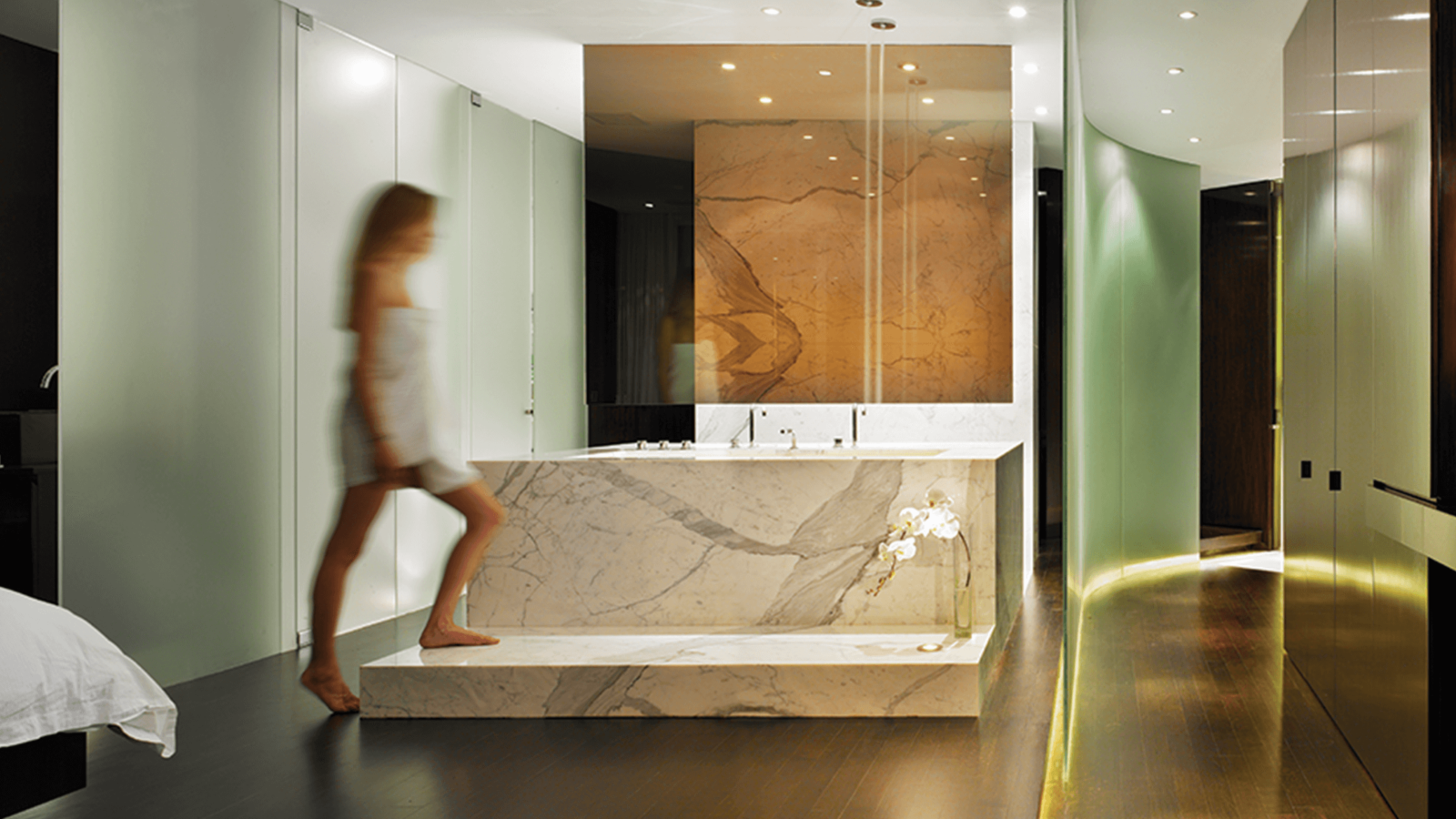 The Toronto designer’s free-flowing ensuites feel as relaxing as a deep exhale.

It’s difficult to imagine anyone speeding through their morning routine on autopilot in the serene bathrooms created by Toronto designer Johnson Chou. In environments so deeply considered, the simple act of brushing one’s teeth suddenly becomes more considered. Chou makes sure of it.

“We’re in this era of instant gratification, where we’re so focused on making bathrooms just about getting out of the house and off to work,” he says. “In fact, they can be this chance to slow down and cultivate an appreciation for the things around you.”

Hallmarks of Chou’s evocative designs include monolithic vanities and bathtubs — typically custom-designed in statuary marble or pearly white Corian (Chou’s preferred material choice) — that hold the same intrigue as modern sculptures. “I treat every component as a 3D element, then compose the room with forms,” he says. This approach extends all the way down to faucet selection: He favours Vola’s simple fixtures for being “architectural instead of decorative, but not cold” (the perfect embodiment, in other words, of his signature style: minimal yet luxurious). 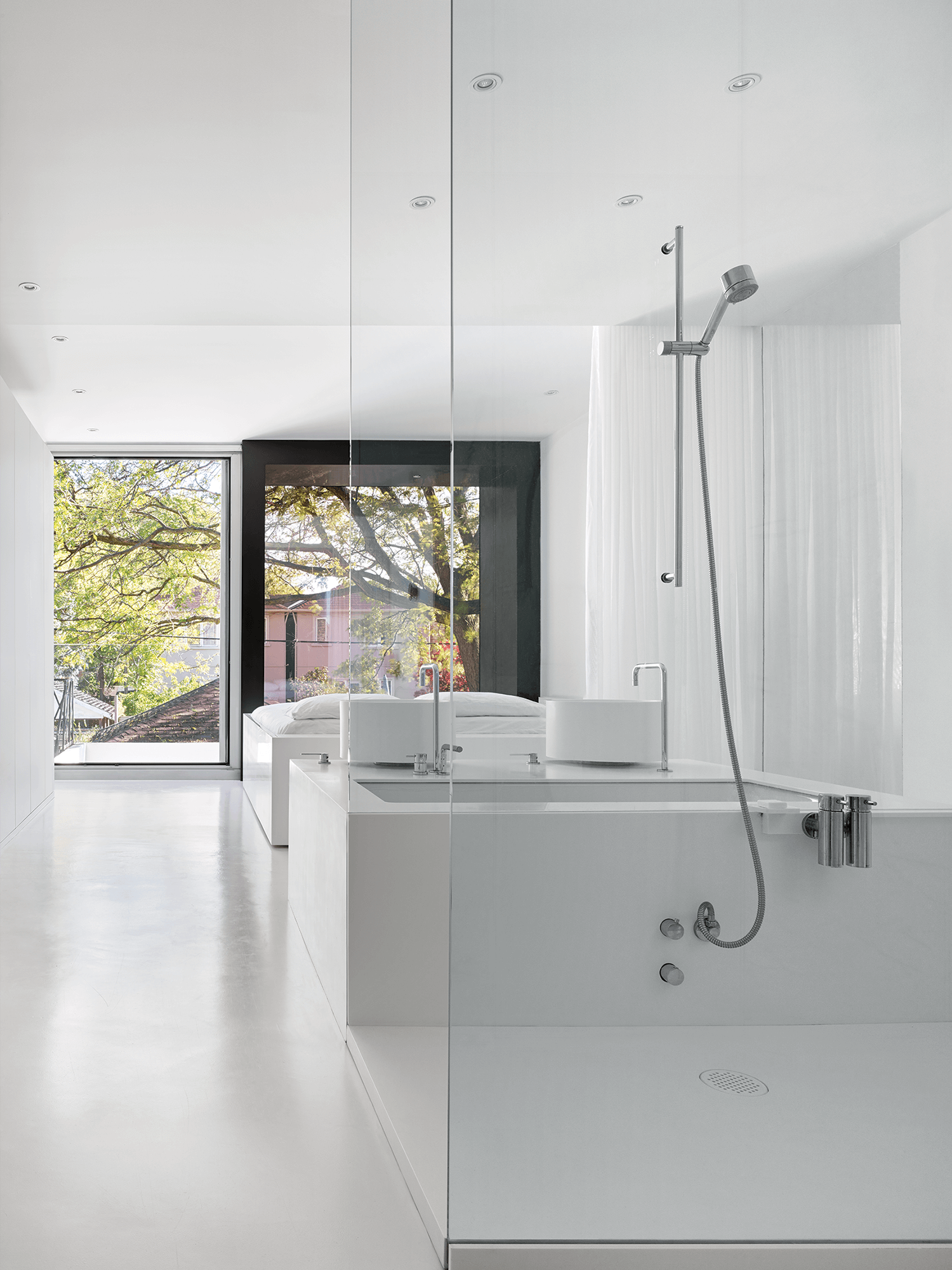 Pearly white Corian clads nearly all elements of the Shadow Box house’s washrooms. The custom-designed fixtures were manufactured by Ca’Bano. 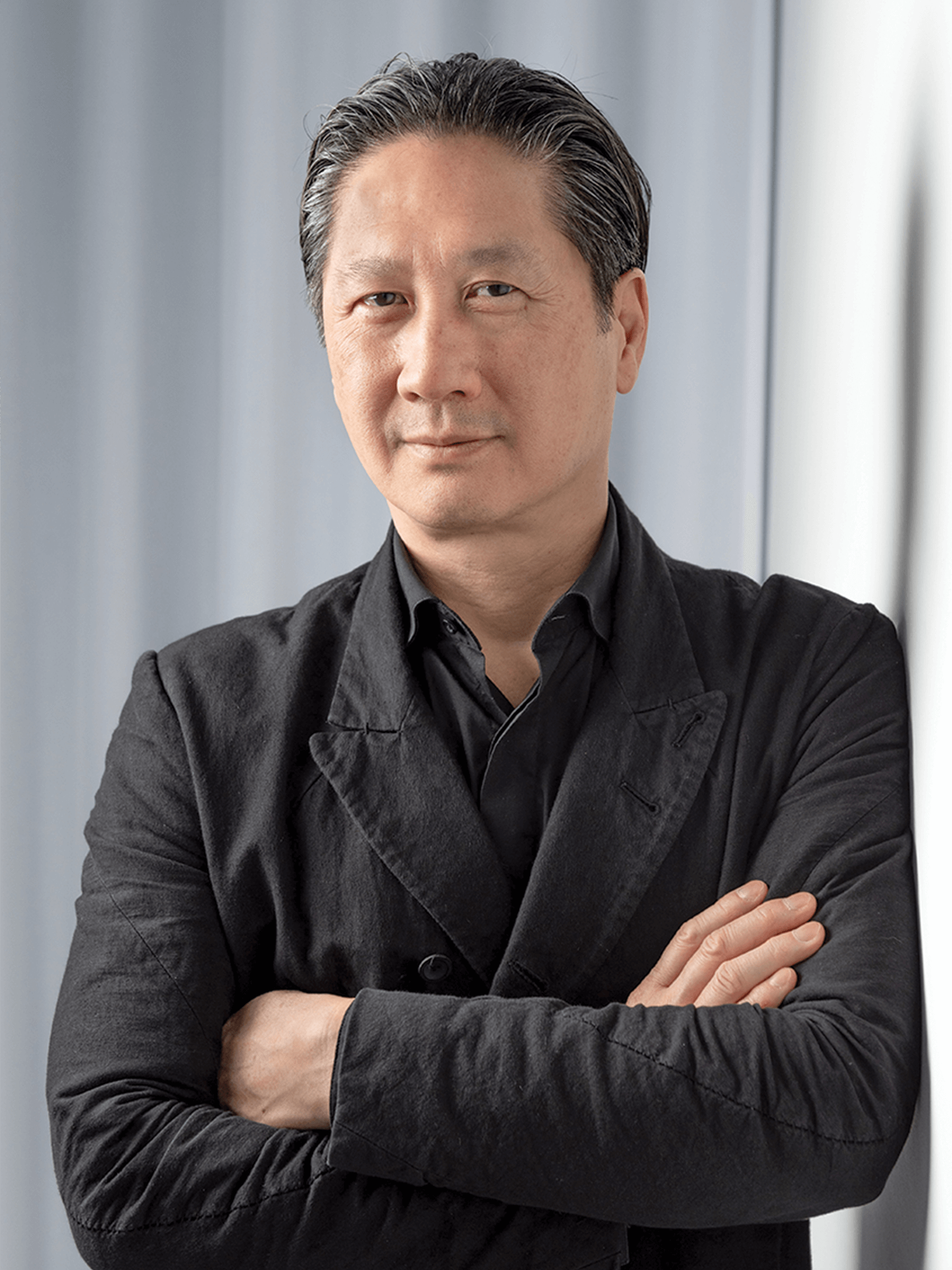 Adding to the sanctuary-like quality of his crisply lit bathrooms is the fact that they are usually designed as part of free-flowing master suites. Any partitions installed between sleeping and bathing quarters are either optional — such as the sheer curtain that can be drawn in his recent Shadow Box house project — or constructed from clear glass. (Water closets are a notable exception, still kept behind closed doors.)

By choosing transparent and partial dividers, Chou maintains a feeling of expansiveness while still allowing for different activities to play out in their own intimate zones. In the master bath of a moody condo unit, for instance, a sepia-tinted two-way mirror suspended between the bathtub and the vanity behind it accommodates the tasks at hand without interrupting the open plan. 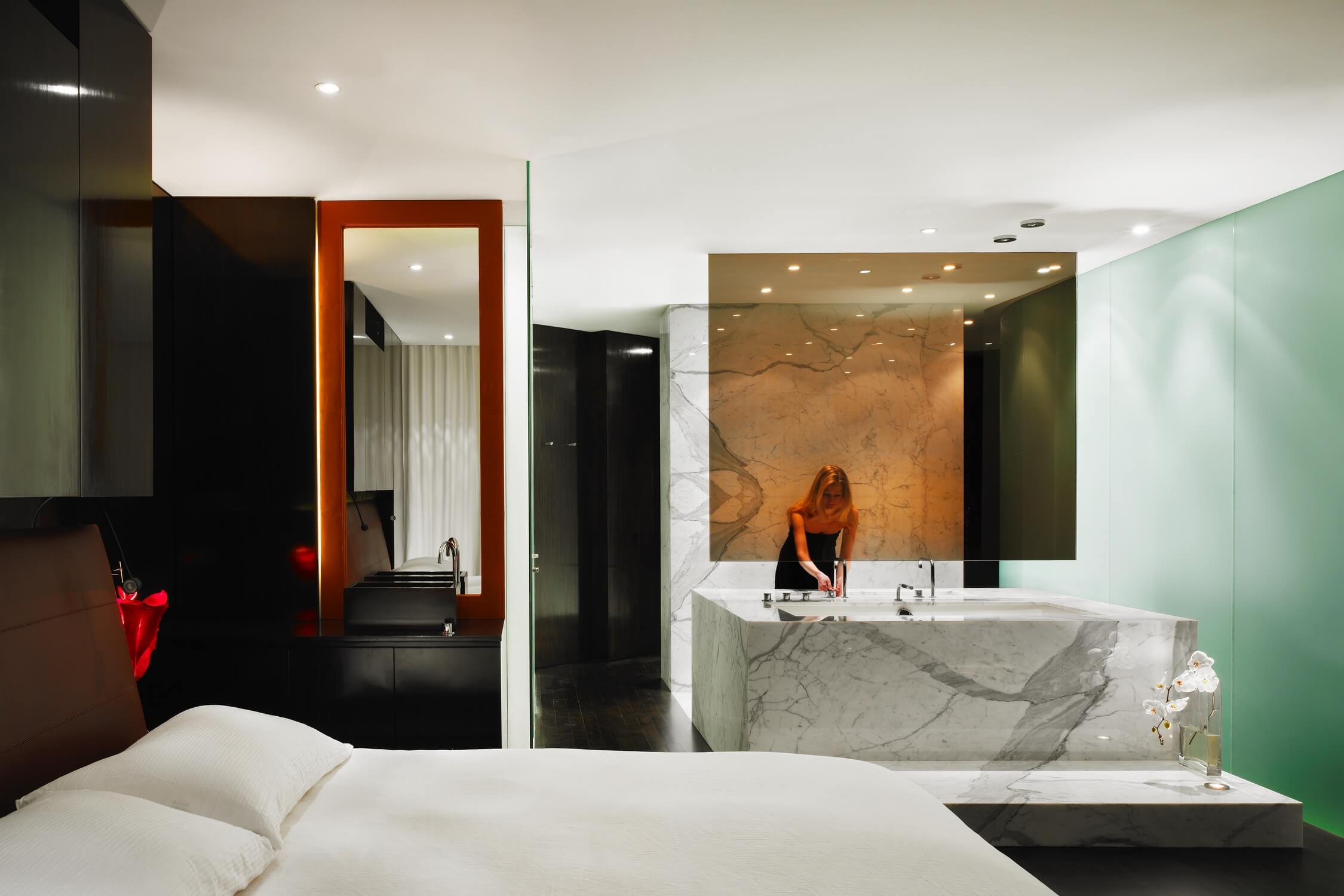 Inside a condo at 10 Bellair in Toronto, a suspended sepia-tinted mirror divides the space while keeping sightlines open.

“It’s about adding in layers to modulate the space, but still letting you see all the corners of the room,” he says. That way, a frantic morning routine becomes a calming procession through space — and getting ready starts to feel like its own main event.

The Toronto designer’s free-flowing ensuites feel as relaxing as a deep exhale.