The benefits of natural light are the driving force behind the circadian curtain wall concept, as facade specialist John Neary explains.

After years of studying fruit fly cells, three American scientists discovered a vital genetic link that illustrates how living organisms have adapted their biological rhythms to synchronize with the Earth’s rotation. The breakthrough garnered the 2017 Nobel Prize in Physiology or Medicine for the trio, and proved without a doubt that all life on this planet is adapted to its revolutions. So if it’s a reality embedded into our DNA, why not our architecture? The groundbreaking Circadian Curtain Wall concept, originally devised by senior HOK facade specialist John Neary and developed in collaboration with WSP Built Ecology, aims to effect just that. Recently, Azure spoke to Neary, who broke down how it works.

“Exposure to daylight and views of the outdoors make a real difference. While studies consistently link improved performance of students to classrooms with windows, I think most people intuitively know that a view of the outdoors makes a workday feel better. Together with WSP, HOK developed a facade concept designed to maximize natural light in office buildings throughout the day.” 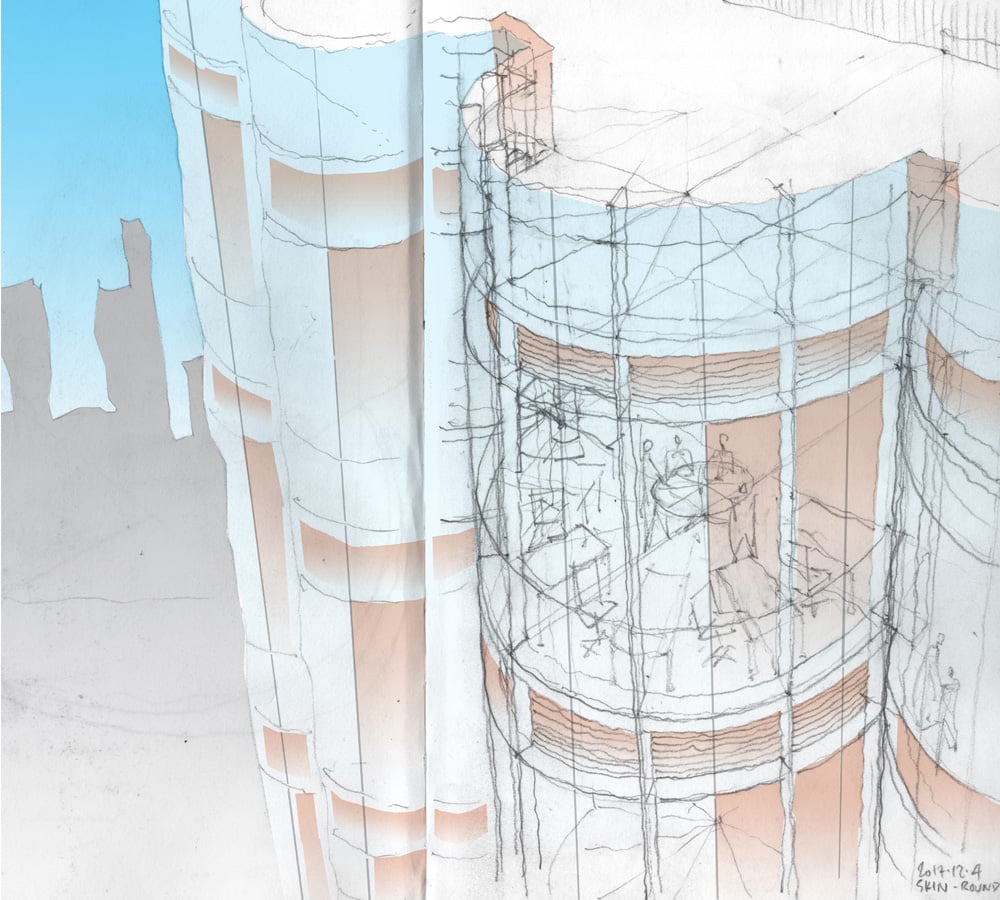 “Inspired by the arc of the sun across the sky, we devised a system of circular bay windows of full-height glass, allowing indirect natural light inside and views to the outdoors at all times. Automated shades protect the glass directly facing the sun, consistently maintaining comfortable conditions. For workers, it opens a connection to the movement of the sun — and improved well-being. In a naturally lit environment, people tend to feel better and have more energy.”

“It may look like a typical all-glass system, but the double-skin curtain wall features a floor-to-ceiling, solid-spandrel system, as well as an enclosed central cavity that protects the shades from dirt and damage while also creating greater thermal efficiency. The end result is a system that reduces the need for air conditioning and artificial light, which much more than compensates for the energy required to operate the automated shading system.” 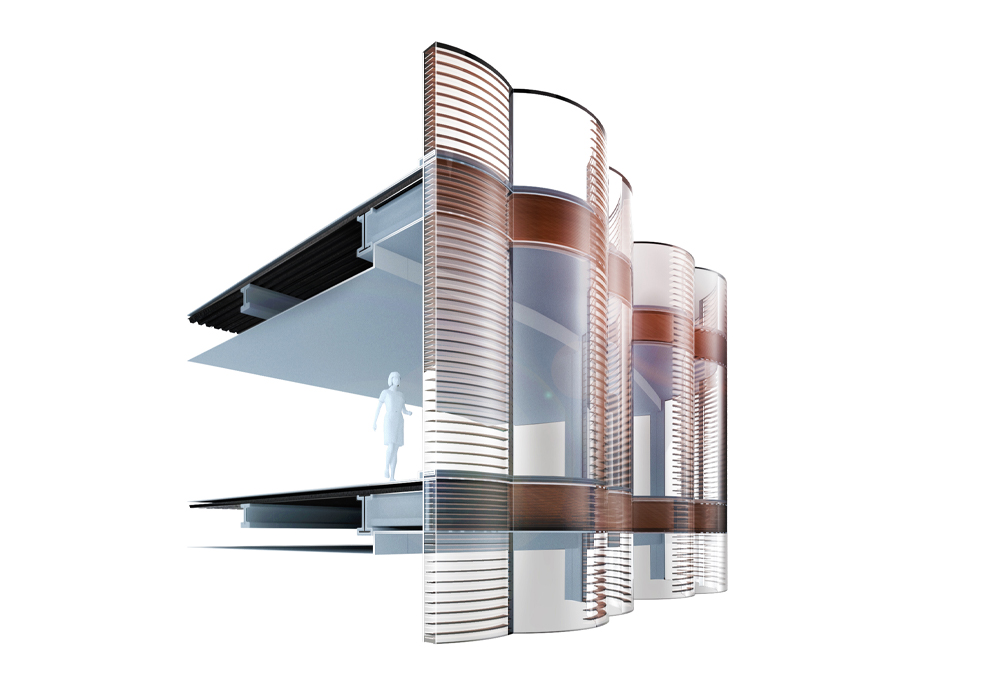 “While the innovative facade allows daylight to reach deep into the heart of the floorplate, the curved glass shell has significantly lighter mullions than a conventional curtain wall, allowing for a considerable reduction in the use of aluminum — a notoriously carbon-intensive building material. In terms of both operational efficiency and embodied carbon, the organic form is a sustainable alternative to more traditional curtain wall systems.”

Fostering a workplace of “neighbourhoods”

“The cellular nature of the facade geometry creates a feeling of more individuated spaces within. It gives a sense of definition to the environment, creating a distinct sense of place. It also allows more cohesive, flexible teams to break down into quasi neighbourhoods. Hopefully, it fosters more intimate, comfortable office environments. And who doesn’t want a workspace where you feel a connection to the sky?”

The benefits of natural light are the driving force behind the circadian curtain wall concept, as facade specialist John Neary explains.