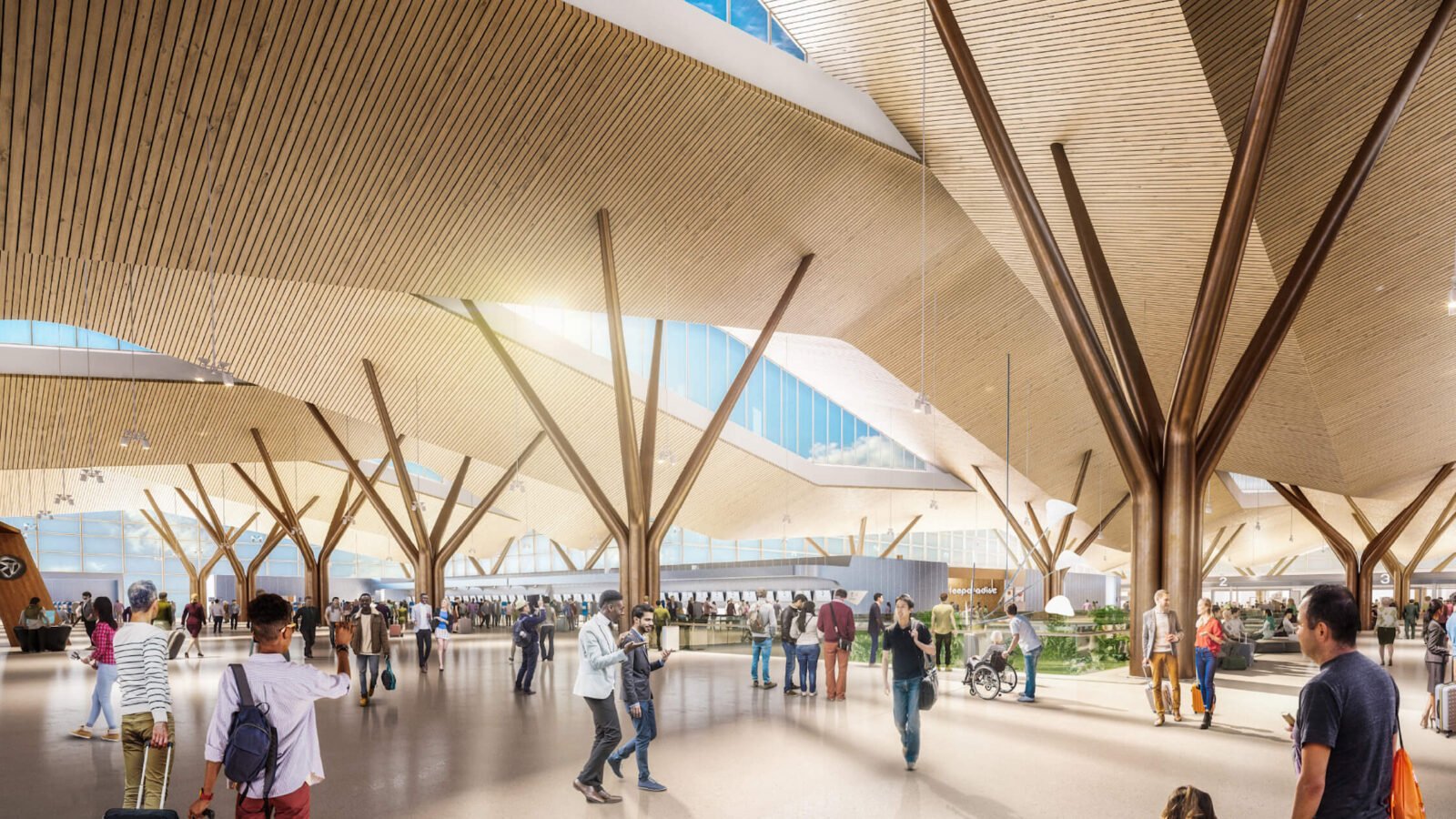 The New Normal Airport Experience, According to Luis Vidal

Spanish architect Luis Vidal has worked on more than 30 airport designs worldwide, including the award-winning Zaragoza Airport in northeastern Spain and the beloved Queen’s Terminal at London Heathrow. His floor plans are spacious and open-ended, his interiors bathed in natural light. Few people alive have thought so carefully about the experience of being in an airport. Thanks to COVID-19, that experience is likely to change dramatically, as the architect, who is currently working on Pittsburgh International’s new terminal, tells Azure. In Vidal’s view, the post-pandemic airport will be unlike anything we’ve seen before.

Simon Lewsen: It seems clear that, if airports are to become safer from an epidemiological standpoint, we will need to move through them in a different way. There will need to be less clustering, shorter lineups and fewer checkpoints where documents are passed between travellers and employees. How will this work?

We will see the deployment of facial-recognition software, even for people who are wearing surgical masks. Companies can already do this. There will be a requirement to go to a government ID centre every five or 10 years to get your face and iris scanned. When you arrive at the airport, the facial-recognition devices will be waiting for you, and your data will be attached to a kind of electronic identity that follows you as you move through the building. You can then go through filters like customs and immigration without having to bring out your passport.

So your passport would be your face?

Your face and your iris, yes.

What about airport security?

You’ll walk down a corridor and have yourself and your luggage scanned without even knowing it. If you have something suspicious with you, a staff member will approach you and gently ask you to step aside.

Will this be technologically possible?

The technology already exists. It’s possible for you to go through security without having to line up, pull out your belt, take off your shoes and put your computer on a tray.

Why hasn’t this technology been implemented?

Because passengers perceive more security if they go through the familiar security processes.

So airport security as it’s practised today is a kind of performance, and not strictly necessary?

Exactly. In the future, there may also be new, more sensible checkpoints to pass through before you even arrive at the terminal. There are lots of airports in Asia where they stop every vehicle approaching the access road to search for bombs. There’s no reason why they couldn’t introduce something similar elsewhere, but instead of looking for explosives they’d take your temperature. And when you walk through the double doors to enter the building, the doors might close for an extra second, keeping you there while ultraviolet light passes over your shoes and clothes.

The goal would be to kill pathogens on your person?

I’m optimistic. Imagine if the developments I’ve described bring an end to those long lines at security. That alone would be fantastic, wouldn’t it?

When you finally get to the gate, would you still have to line up to board the plane?

Instead of boarding by group, each passenger would be given their own number. You would approach the gate only when your number comes up. The lower numbers would go to the people who are sitting at the back of the plane.

So you’d board from the back to the front, with each person entering in turn and nobody standing in line?

Right. The goal would be to avoid bottlenecks.

What will the airport of the future look and feel like?

Ideally, you’ll be in an environment that transmits calmness and comfort. That would come through the use of natural light, good ventilation and a colour palette that gives a sense of tranquility. This pandemic has made people realize how many things they didn’t have. People have been confined at home without a balcony or terrace. They’re rediscovering the need for sun and space and volume.

Your existing airport designs certainly focus on these elements, which make for a soothing ambience. But is there a sinister side to the future you’re envisioning? To your mind, is there anything unnerving about the idea of facial-recognition software, about a building that recognizes you as soon as you walk in?

I have absolutely no problem with that. I know people have issues about sharing their personal identity or giving personal data. But they have to acknowledge that we are already being captured by street cameras everywhere. Hardly a crime happens today on the street that is not filmed, and it only takes between one and five days for the police to find you. We already live in this world.

Do you think, then, that airport design will change for the better because of the pandemic?

I’m optimistic. Imagine if the developments I’ve described bring an end to those long lines at security. That alone would be fantastic, wouldn’t it?

Lead image courtesy of Gensler and HDR in association with Luis Vidal + Architects.