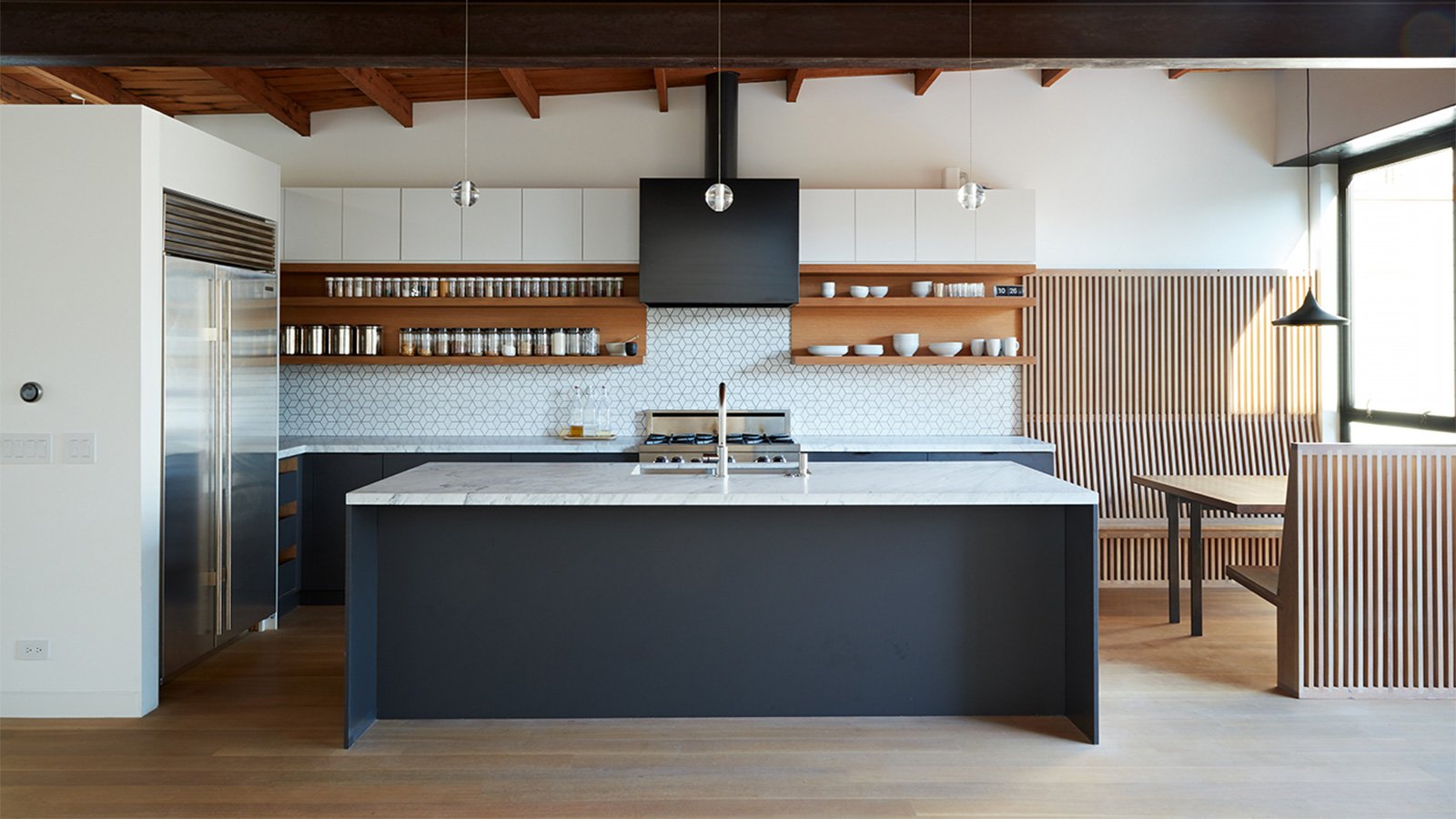 In San Francisco, a Tailored Renovation Riffs on Alvar Aalto

Although California architect Thomas Ryan had long been a fan of Alvar Aalto’s buildings, it was during a 2006 trip to Finland and Sweden that he became particularly enamoured of the Finnish icon’s recurring use of screens. “There’s something about the way a screen creates space but doesn’t stop space,” the Sausalito-based architect says. “It creates the atmosphere of a wall.” When a couple asked him to take over the gut reno of a two-storey San Francisco house that already had permits for its interior plan, Ryan designed a series of quasi-walls in tribute. “Because there were so many givens I couldn’t change, it became about the details.”

Screens appear throughout the 297-square-metre Mission District home. Entering it requires passing beneath a painted cedar board-and-batten facade and through a security gate composed of repeating vertical elements. Not far beyond the threshold, the stairway is framed in oak slats whose spacing corresponds to the raw steel balusters. The motif appears again on a deck railing overlooking the backyard. 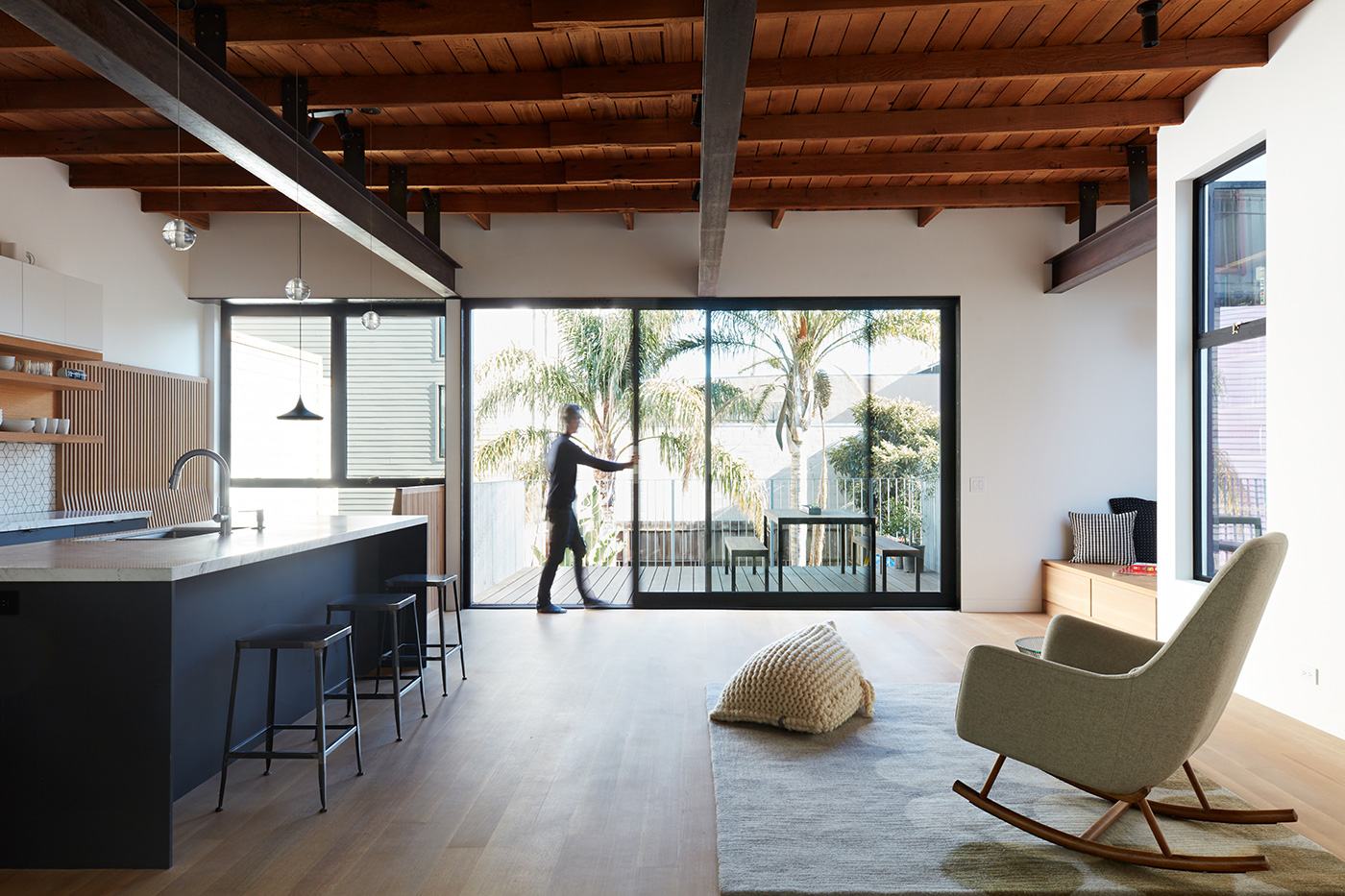 A soaring 84-square-metre living area commands the second floor between the stairway landing and the elevated outdoor room. Ryan sandblasted the ceiling to reveal its original tongue-and-groove Douglas fir joists and boards, inserting three steel I-beams to reinforce the roof. “I like these moments of rawness, with everything else clean and crisp,” says Ryan. In turn, the room’s kitchen and accompanying island are minimally detailed, featuring only a few materials: laminate cabinet faces, Carrara surfaces and a Heath tile backsplash topped by precisely sized open shelving.

The long side of the L-shaped counter terminates in a breakfast nook, which Ryan conceived as another homage to Aalto. He tapped a CNC mill to fabricate the area’s seating according to a repeated pattern. Against the wall, the vertical slats align with the upper shelf, whereas the backrest of the freestanding bench (which is embedded with steel for structural integrity) matches the deck railing beyond the window. “The nicest part is the way it catches the light and provides texture,” Ryan says of this counterpoint to the horizontal kitchen. He adds: “You can always fall back on the narrative, asking yourself whether the vertical screen speaks to the front of the house, the middle, the back.” 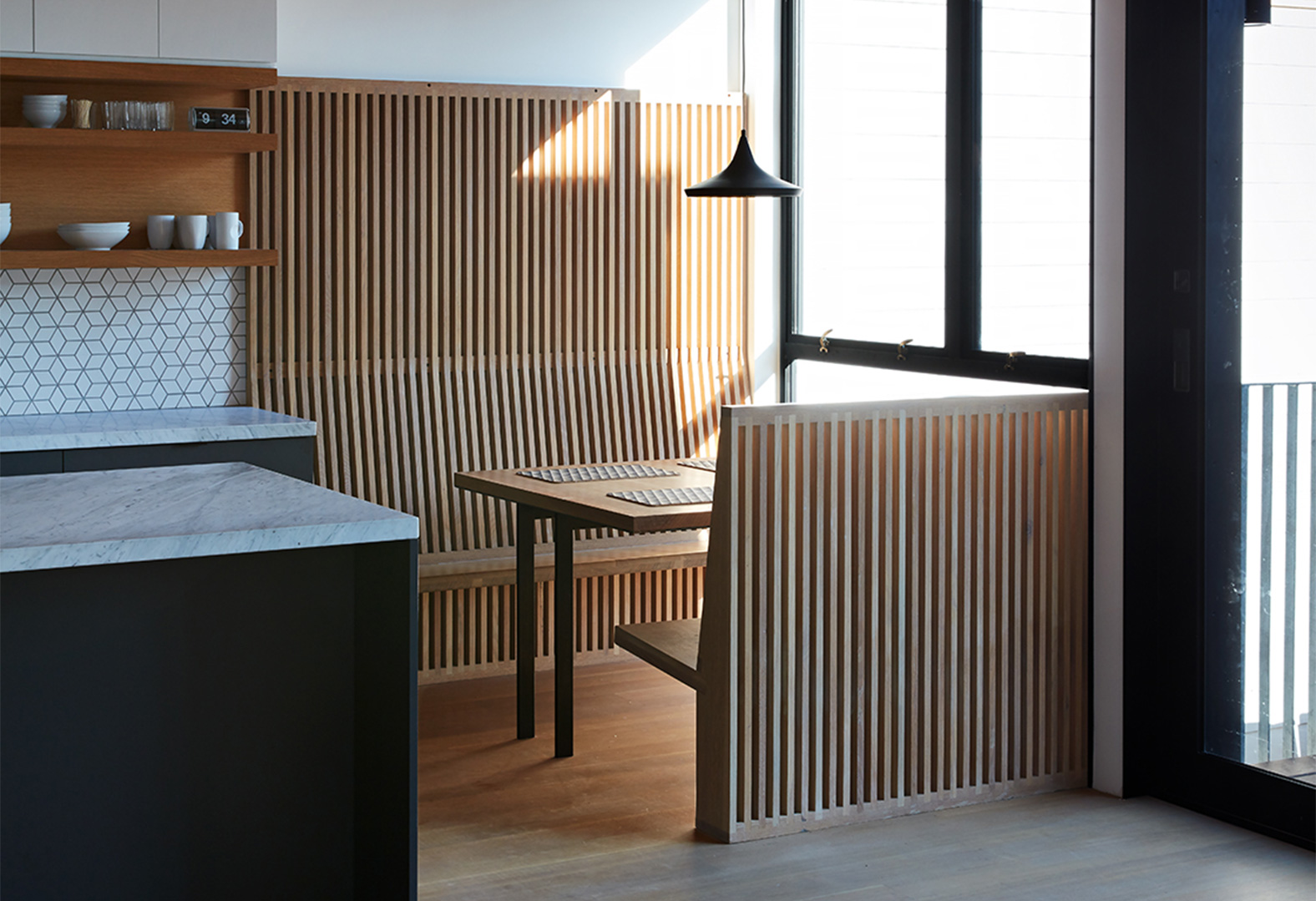 Even the client felt inspired to play with the theme of loosely demarcating space. After moving in, the husband and wife clamped a swing to an I-beam for their two kids.