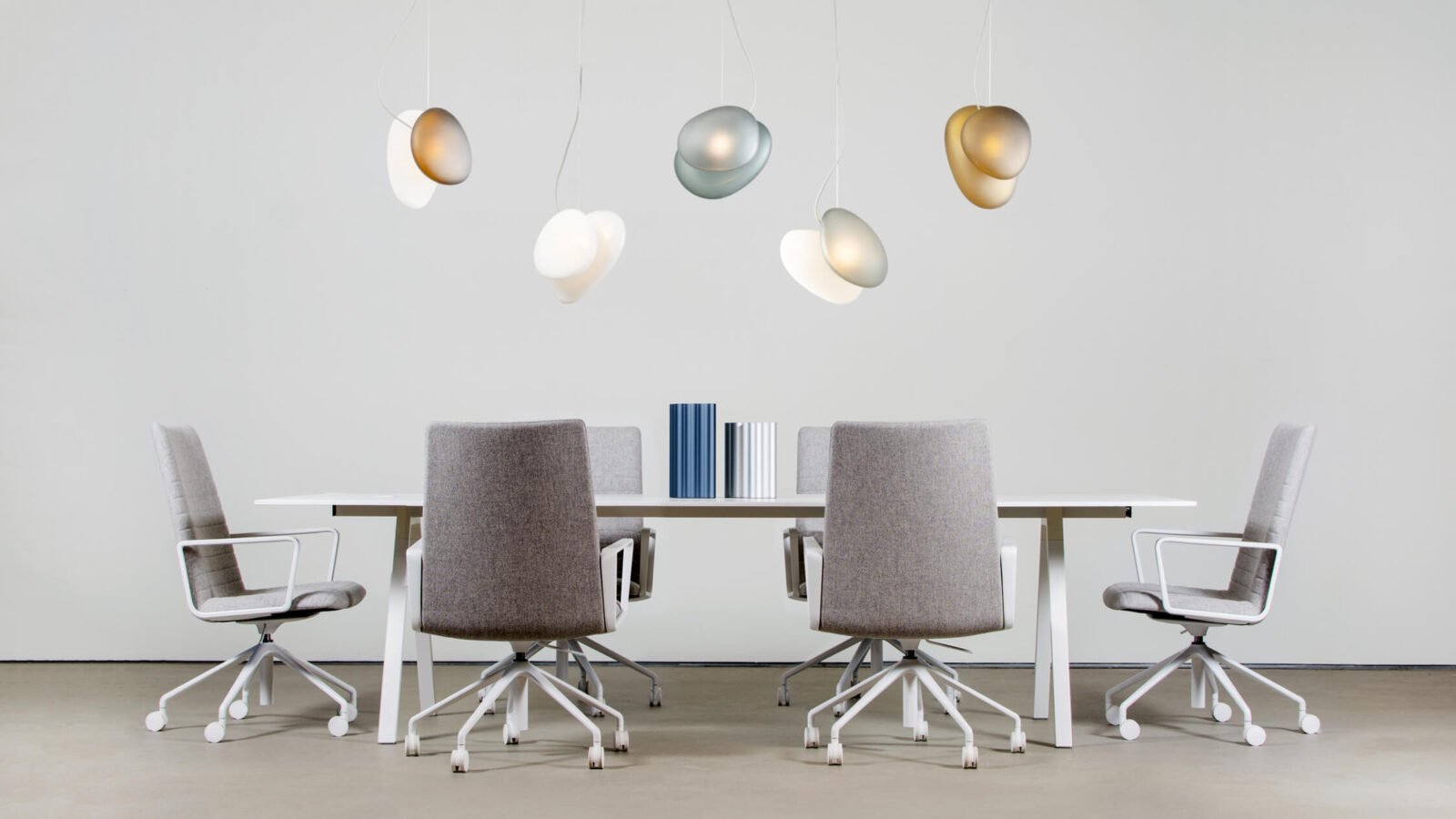 As a child, Lukas Peet of Vancouver lighting outfit ANDlight was fascinated by river rocks. Decades later, the designer set out to create a collection of glowing glass luminaires that draw on the simplicity, beauty and sense of wonder embedded in these organic forms.

“As a company and as a designer, we had never worked with glass before,” Peet says of the undertaking. This led him to a local glass-blower, from whom he gleaned an understanding of how the molten material is formed and what type of alterations are possible during production.  For Peet, working closely with craftspeople “is an opportunity for a designer like me to manipulate or alter the process and potentially achieve a different outcome or another effect.” 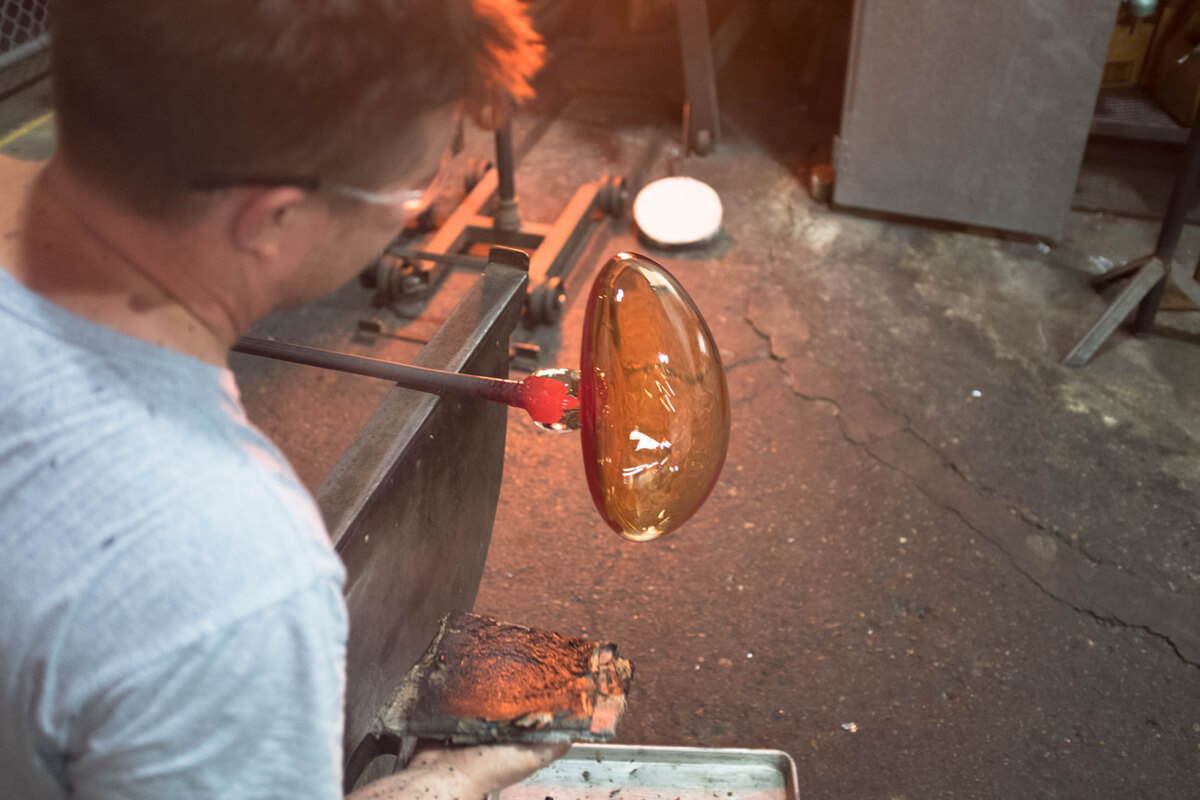 The designer collaborated with a local glass-blower to achieve the unique shapes of the final luminaires.

The next hurdle was scaling up from the initial prototypes to the definable four shapes of the completed series, called Pebble. “That was the biggest challenge,” Peet says, describing how he went from “working one-on-one with a person locally, with a lot of freedom,” to ensuring the consistency required to make “not just five of each piece, but 50 or 100.” 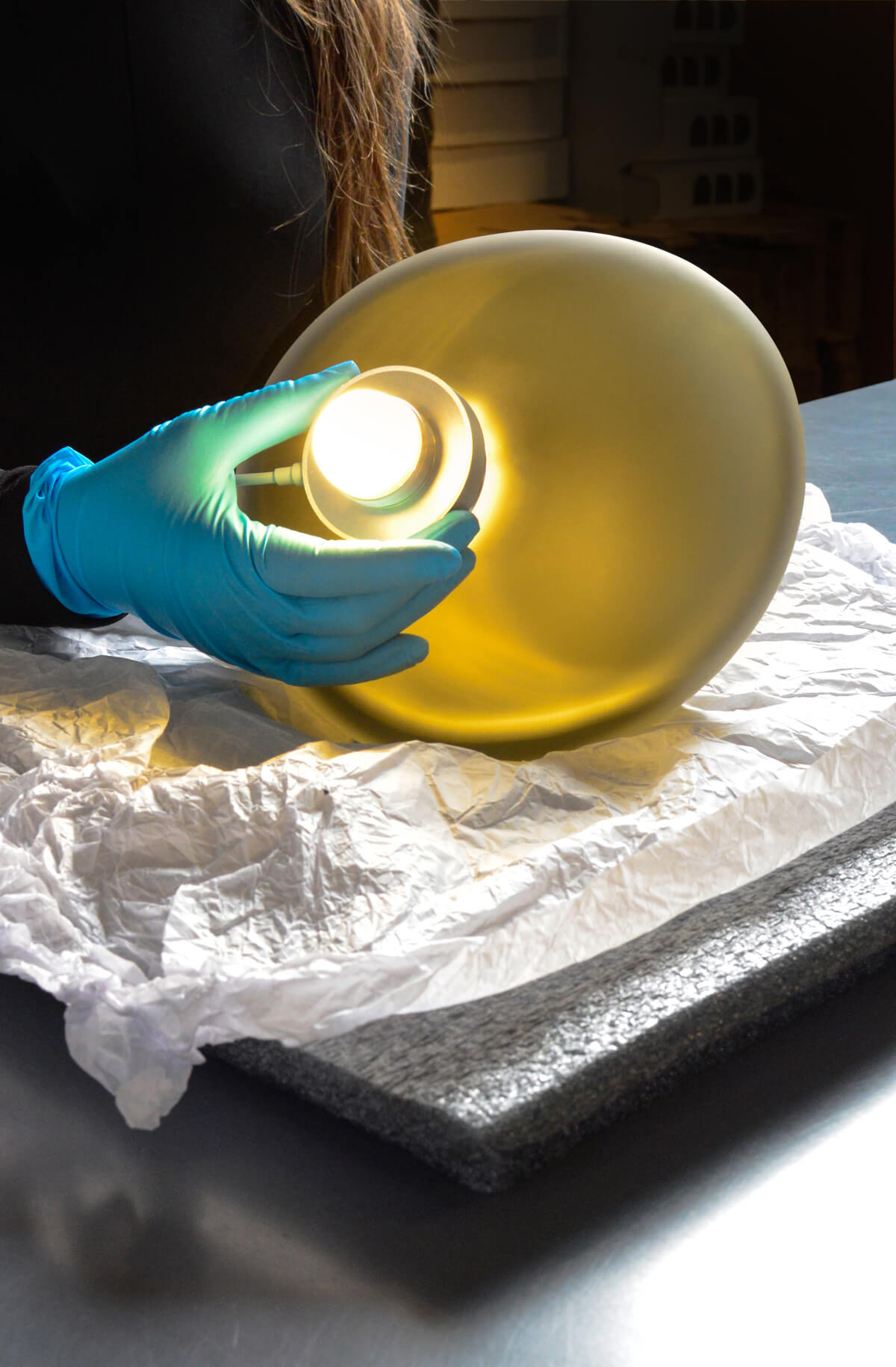 Each Pebble fixture boasts a custom engineered LED board that allows for a plethora of configurations.

Bringing together the artisanal process of glassblowing with the technical precision inherent in producing the LED modules and aluminum connectors only complicated matters further. The lighting used for Pebble is engineered specifically for the product, functioning in a variety of settings while creating an internal radiance that “accentuates the form and its subtleties” rather than illuminating the entire glass diffuser. And though the product can be wall-mounted as a sconce, Peet conceived the fixtures to thread together via a metallic fastener, creating a unique stacked arrangement when hung as a pendant. Unlike the slightly lax parameters for the blown glass, this connection had to be exact. 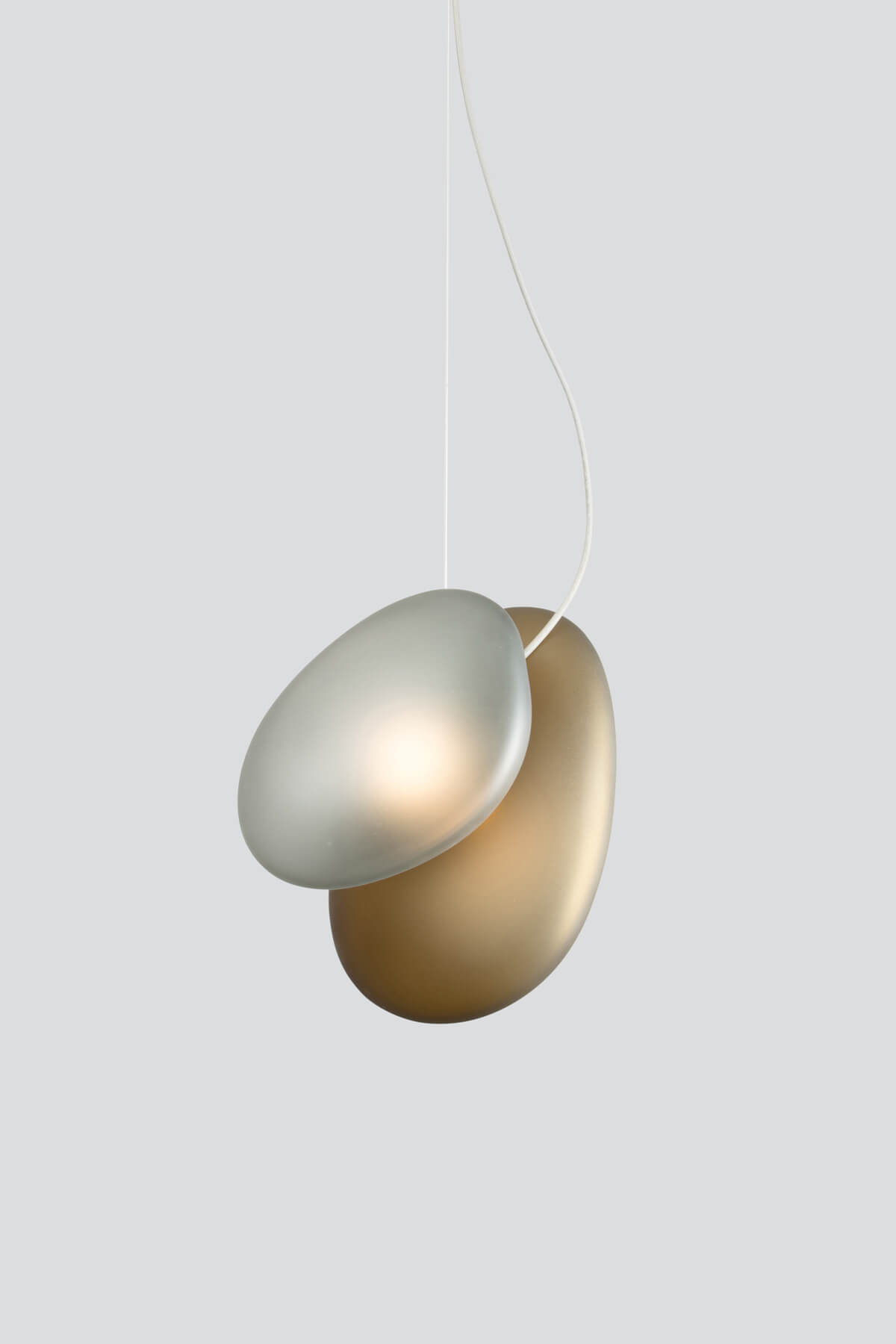 Available in pearl, travertine, slate and citrine glass in a number of arrangements, Lukas Peet’s Pebble collection is his most recent addition to ANDlight’s growing portfolio.

The final result is an elegant design suggestive of bespoke work, a careful balance of thoughtful study and playful discovery.