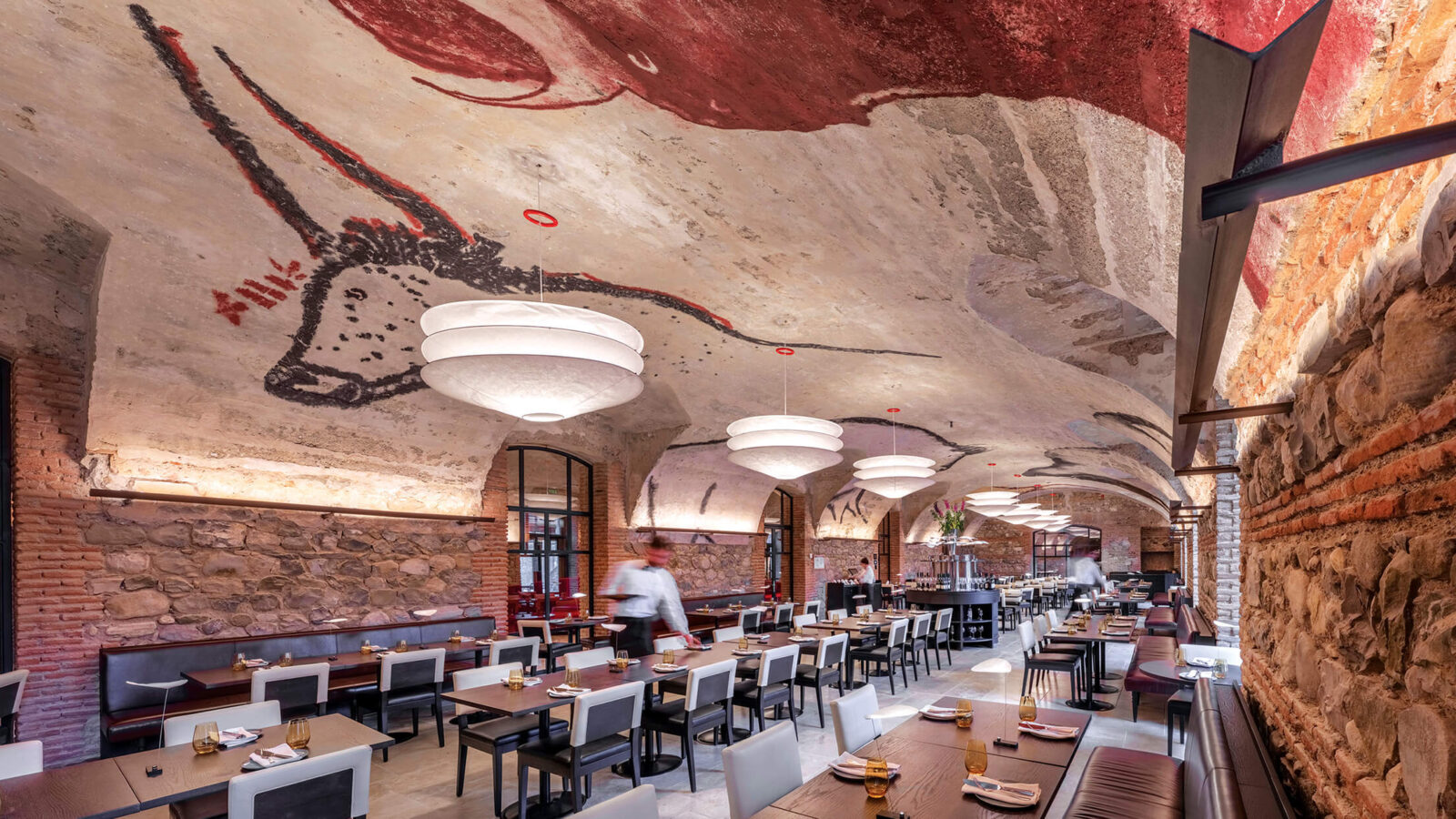 In the small village of Tsiandali, a bold lighting program by Ingo Maurer transforms a 200-year-old winery into a stupendous hotel.

How do you transform the dim confines of a 200-year-old Georgian winery into a luminous five-star hotel? You turn to legendary German lighting designer Ingo Maurer, as the Radisson Hotel Group did after taking over a crumbling 4,000-square-metre site in the village of Tsinandali, about two hours from Tbilisi. “When they offered this to me, I was unsure if I could take it,” says Maurer, “because we had never done a project of this size.” Well-known for his inventive takes on contemporary lighting, the 87 year old was tasked with developing an artistic plan for the hotel’s public spaces, including the lobby, restaurants, lounges, a shop, meeting rooms and a ballroom. “Fortunately for us, the building had very strong walls,” he says, “so we didn’t have to recreate much.”

Maurer’s mission was preserving what he calls the winery’s aura: “My first demand was that we respect what we found, but give it a new feeling.” Wanting to avoid modern design tropes that would leave the historic space feeling like a too-trendy boutique hotel, Maurer sought paleolithic inspiration, commissioning a primitive fresco inspired by France’s 17,000-year-old Lascaux cave paintings for the restaurant’s ceiling.

For the lighting, Maurer repurposed many of his iconic pieces and introduced newer designs, but was careful not to impose on the existing architecture with overcomplicated installations: “Our projects are based deeply in what’s possible,” he says. “I am, from time to time, a dreamer. But when it comes to function, I am not.” 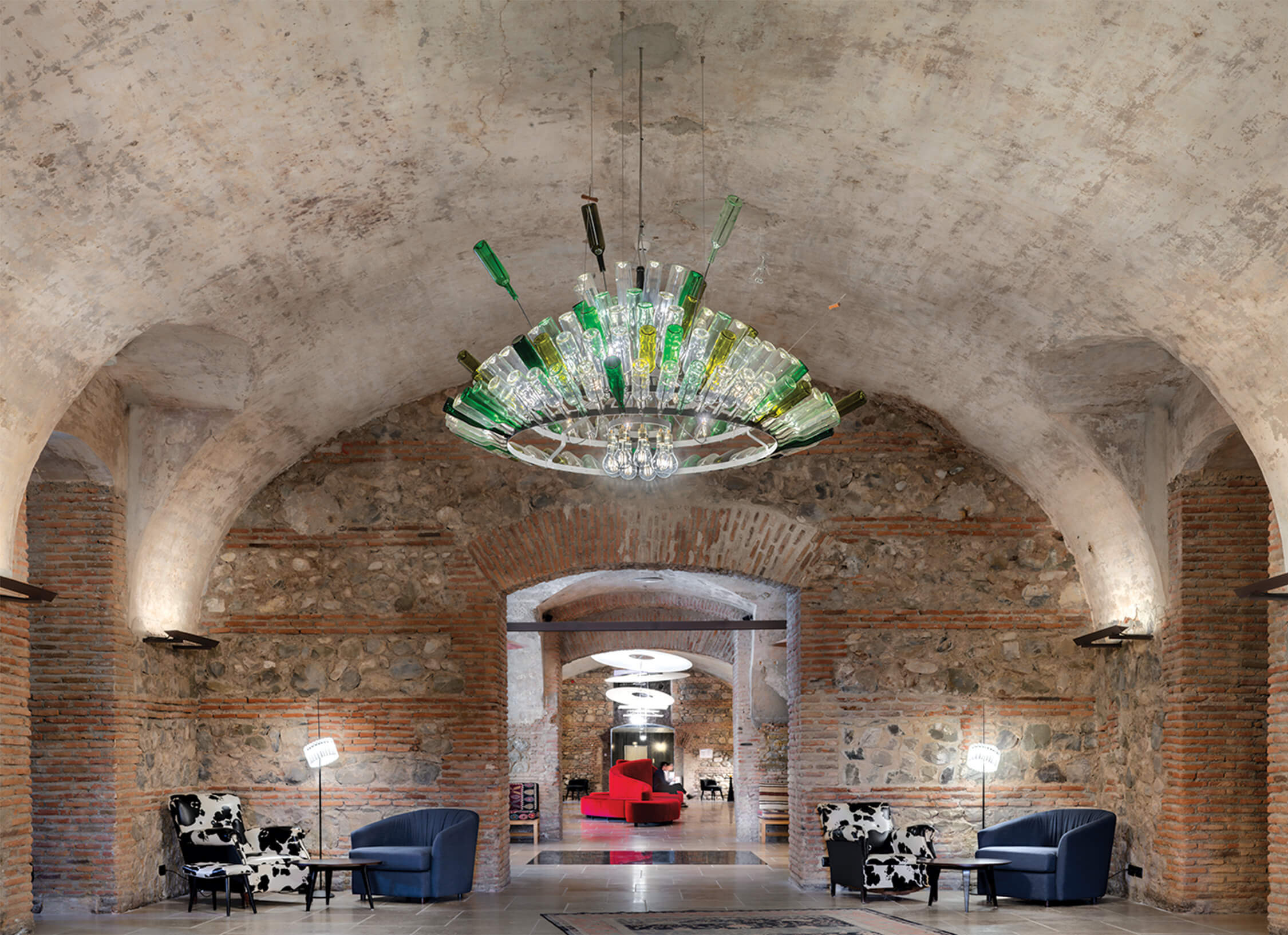 A custom wine-bottle chandelier by Ingo Maurer is a cheeky and apt reference to the 200-year-old winery’s original function.

The rest of the site reads like a roll call of his long and prolific career, with obligatory doses of Maureresque wit: Flying Discs and Ringelpiez floor lamps in the lobby, XXL Domes in the breakfast room, a sparkling wine-bottle chandelier referencing the complex’s ancient function in the lounge. As for the aura, was it preserved? “I still think of it and get gooseflesh,” he says.

In the small village of Tsiandali, a bold lighting program by Ingo Maurer transforms a 200-year-old winery into a stupendous hotel.