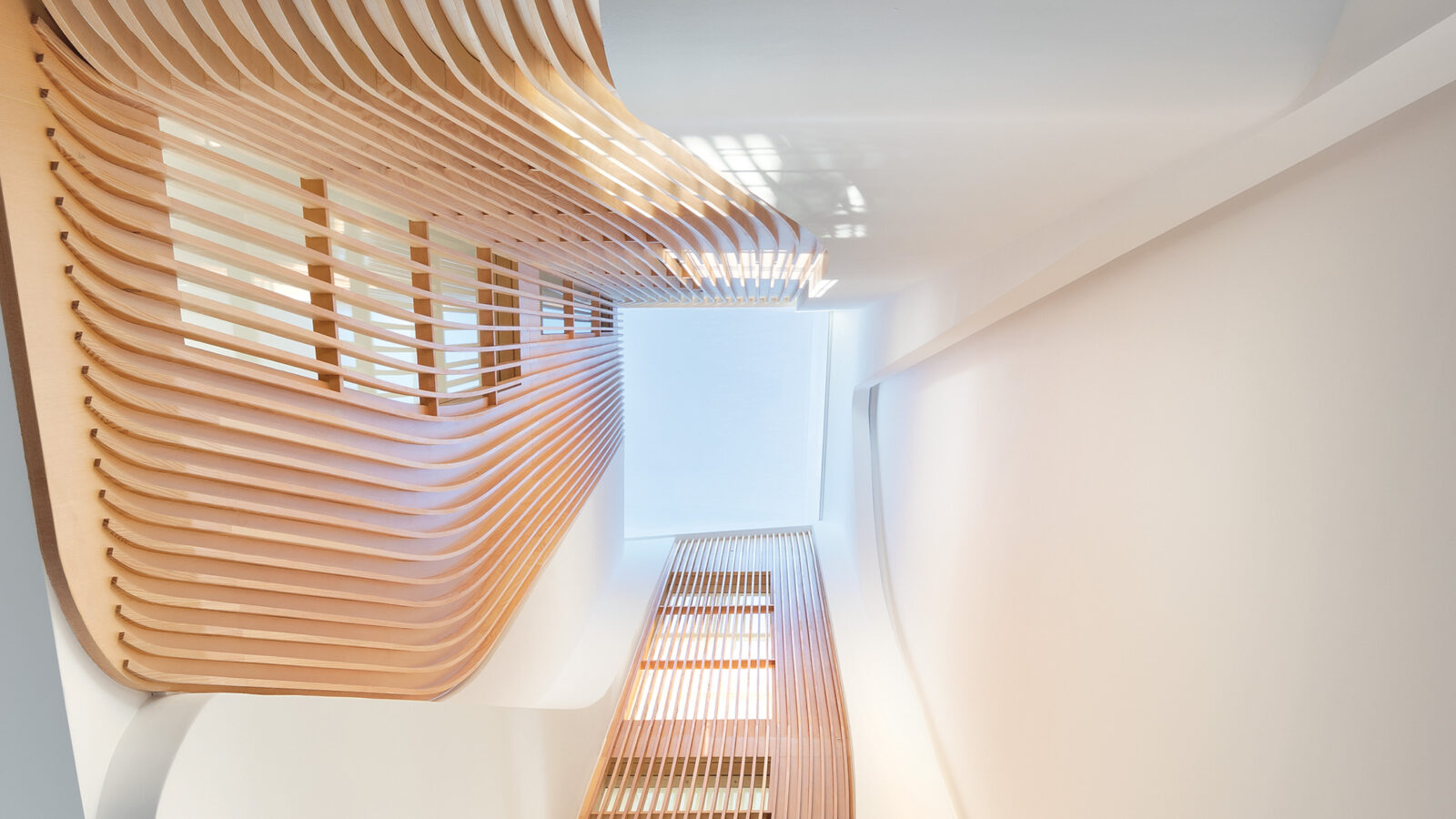 Unlike many renos in London’s Kensington District, the overhaul of a victorian terraced home expresses a lower-key luxury: cascading lights.

A stroll through the streets of London’s Kensington and Chelsea neighbourhoods inevitably conjures up the spirit of their immensely regal past, of the outrageous wealth and refined sensibilities that set England on its course to global rule in the 19th century. Behind this scenography of immaculate facades, however, lies a dirty secret: The interiors of these noble homes aren’t very good. Floors have been subdivided into ever-smaller rooms, the ceilings are often disappointingly low and the pervasive humidity renders summers an intolerable affair.

All of this makes their multi-million-pound price tags a hard pill to swallow. Of course, a booming renovation industry has followed. But rather than resulting in improved architectural quality, these renos have mostly focused on carving out additional amenity space by digging deep into the earth – creating subterranean home cinemas, gyms, guest rooms and swimming pools – to make up for the lack of space above.

Some projects manage to buck this trend – quite literally a race to the bottom – by way of smuggling new architectural ideas into the shells of ancient pasts. Light Falls is such an example: a recently completed overhaul of a four-storey Victorian terraced house in Kensington by Flow Architecture with Magrits, aided in large part by its ambitious homeowners. To step into the house is to make a leap in time. From the outside, you are confronted with the lovingly preserved 1851 frontage, replete with pedimented windows and portico entrance so typical of the era. The inside, by contrast, is awash with light, space and tantalizing views both inside and out – an interior that speaks to the aspirations of contemporary urban living.

To achieve this duality, a complete reshuffle was in order, including a gutting of the interior to create a series of open and interconnected spaces, giving the house an uncharacteristic sense of breathing room. Now, the living area overlooks a double-height lower space that accommodates both a substantial kitchen and a dining room. From here, the eye is immediately drawn to a large glazed volume – the only modern “window” allowed to pierce the outer shell of the building – that frames a newly landscaped garden. The new staircase, which is more square than the elongated rectangular original, runs like vertical connective tissue to all five floors, with a sinuous curving white steel plate as its banister and floating engineered-oak steps.

In London, Gianni Botsford Embeds a Hidden Oasis of a Home
Capped by a dramatic copper roof, the multi-level house on the site of a former London garden offers sanctuary and serenity in the bustling city.
Read More

The standout feature – and what gives the house its Light Falls moniker – is a generous open shaft that brings atmospheric light from the top of the building down to the mezzanine and creates new views between the three upper floors.

Flow’s principals – Annarita Papeschi and Vincent Nowak – cut their teeth as designers at Zaha Hadid Architects, and a whiff of Hadid’s trademark style can be spotted in some of the house’s details. Most notably, it’s in the extended vertical lines that bend with filleted corners, which can be found in the Douglas fir louvers that run down the light shaft, the panelling of the cabinetry and the landscaping of the garden. But unlike Hadid’s later work, which abounded in egregious levels of architectural bombast and luxury materials, the lines here are used to great and mostly modest effect, highlighting the sense of movement and connectivity that runs throughout the architectural plan.

Indeed, a desire for a modesty of sorts was adamantly expressed by the homeowners, who were put off by the conspicuous expressions of opulence that many developers were offering: “They try to sell you on marble or high-tech features such as TVs in every room, but these tend to be so overpowering that they fill up the space.” Instead, the use of simple materials (wood, steel, plaster) and a clever reworking of the interior volumes has created a new kind of luxury based on subtleties, such as the joy of watching light cascade down whitewashed walls and modulate over the course of the day, never the same twice.

Unlike many renos in London’s Kensington District, the overhaul of a victorian terraced home expresses a lower-key luxury: cascading lights.