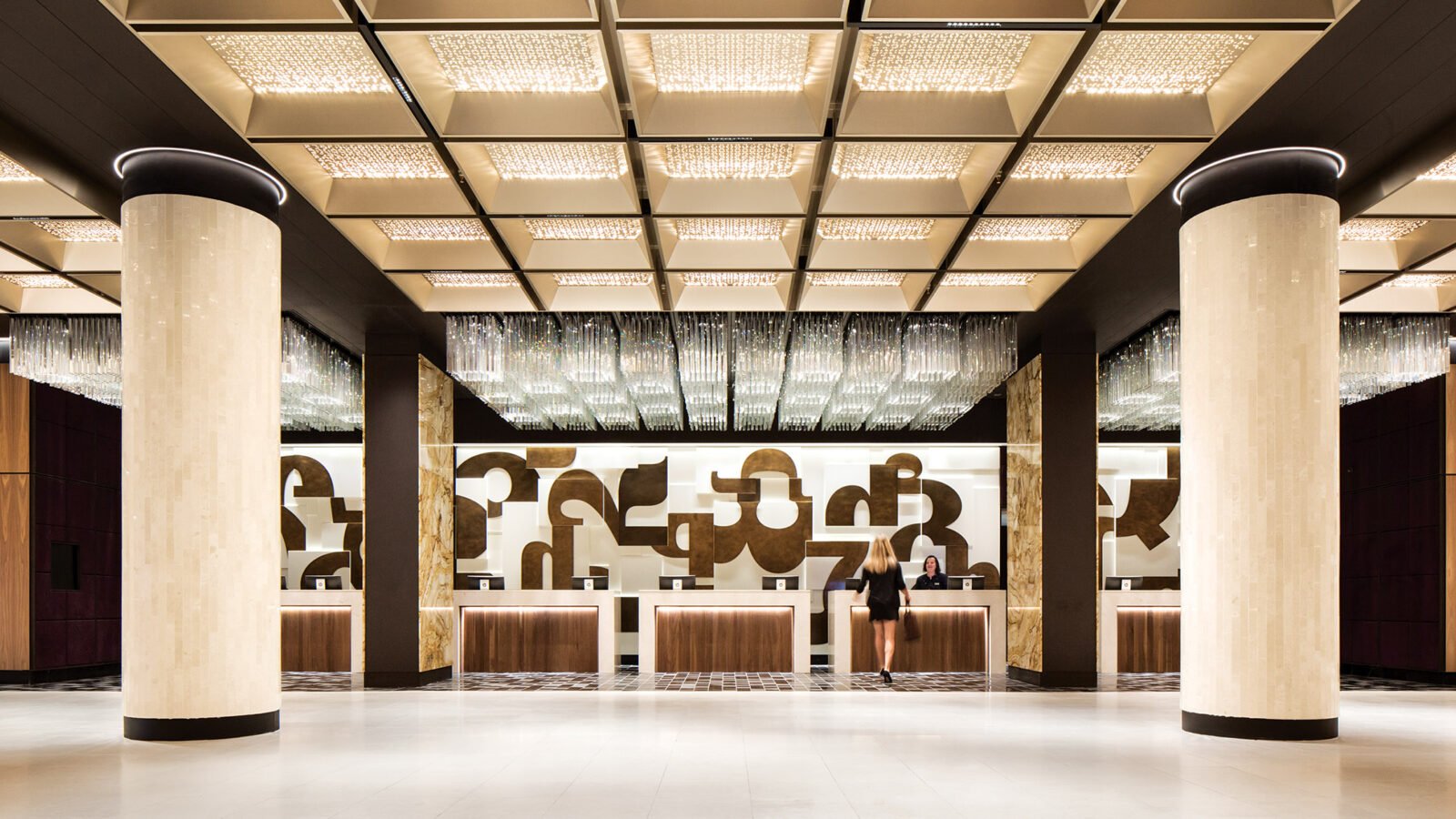 “Light is my medium,” says François Roupinian. “I like to bring a very sensory experience to it.” The principal and creative director of Montreal-based Lightemotion, Roupinian began building and tinkering with lamps as a teenager. “My background is eclectic: In the 1990s, I worked major underground techno events for the likes of Daft Punk and The Chemical Brothers; lighting was a crucial
if subtle part of the experience. Then I went to the National Theatre School of Canada in 1997. In theatre, I learned how to be mindful and sensitive to the needs of all the creators…the actors, dancers, makeup artists, costume and set designers.”

That resulting philosophy is evident throughout the more than 200 projects that Roupinian has completed since he founded his design consultancy in 2002. His body of work also reflects his eclecticism, from the illumination he implemented in the recently renovated National Arts Centre in Ottawa and the lighting master plan for Canada’s Parliament Hill to the holistic system he collaborated on in the new food court of Toronto’s Union Station, through which over 300,000 people pass daily.

Roupinian employs what he calls a “design-first, client-centric” approach, which he feels is essential for creating effective lighting. “In Canada, lighting is often designed by photometric calculation on computer software, rather than a process where the client’s needs and the use and psychology of the space drives the design. Our process isn’t driven by photometry, but uses it to validate the design in terms of lux levels. I first sit down with the architect and the client and ask, ‘What’s your story? What’s your objective?’ We’re always trying to enhance the human experience.”

Sometimes, enhancing an environment’s experience requires taking non-human factors into consideration, such as at the Singapore Zoo, where he is currently devising habitat lighting for 100 of the zoo’s star attractions – its penguins. “We are trying to be sensitive to their mating needs,” he says.

Whether the goal is to please penguins, theatre patrons or commuters, Roupinian emphasizes the pivotal role that lighting plays. “It is very intangible. It can create a sense of well-being. It can feed your soul.” His advice for successful lighting design? Learn the story the client wants to tell: “You need to get them on board so they take ownership. When you bring everyone to the table and give them a voice, this is how you will shine.”