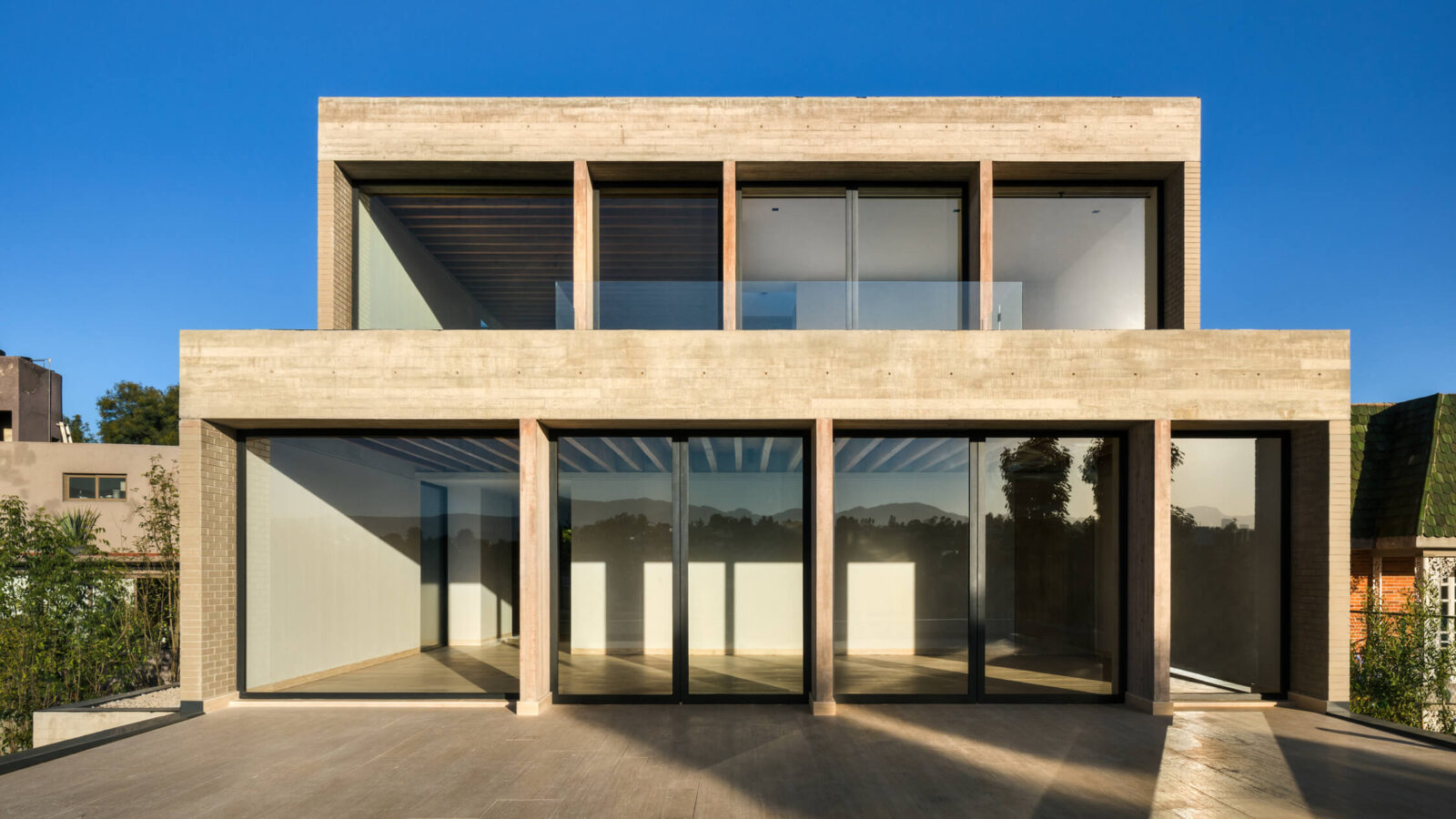 In 1948, Luis Barragán completed his now iconic home in the Daniel Garza sector of eastern Mexico City. Alongside his private quarters, Casa Luis Barragán also housed the architect’s studio — facilitating interactions with clients as well as functioning as a living extension of his practice. It’s this ability to “[convey] architecture without the need to speak it” that inspired Manuel Cervantes to embark on his own residence, which would similarly contain his eponymous studio.

The award-winning Mexico City architect had been contemplating the idea of his own studio-residence for over half a decade as a vehicle to “take clients into our territory” and to “transmit how I see architecture by living in it,” he says. And, to house his growing family of five. Rising from the hills of the Lomas district, becoming another kind of landscape in itself, the recently completed five-storey, 450-square-metre Casa Estudio does just that.

On the ground floor, an open living and dining area borders an al fresco patio (fitted with a sprawling built-in banquette and replete with native flora) that, during warmer months, can become a single, unified space via a wall of pivoting full-height windows.

Below, the three-bedroom residence integrates generous studio space and ample room for the architect to meet with clients. Here, two long wooden tables prominently display a host of intricate architectural models and drawings. A small lounge is tucked into the wall behind the tables.

Like the central living area, expansive operable glazing floods the interior with natural light and connects the studio to the surrounding landscape.

Exposed concrete, patterned by wooden formwork, characterizes the material palette, which also includes masonry, local pine (for the built-ins and partitions), volcanic stone (flooring) and tepeaca marble. The interiors seamlessly blend work and life, as the tiered volumes lead visitors around the layered complex (which also encompasses a rental property on the three stories above).

For Cervantes, the liminal space between the many programs is key to Casa Estudio’s play on domesticity. “The fragmentation between the house and the workspace becomes ambiguous,” he explains. “We are not professionals: we are artisans, we are artists, which allows us not to have that separation. For me, the architect is not fragmented between his professional and personal life.”

If Casa Estudio is meant to contain his practice, it’s also equally emblematic of it. Meeting the 30-degree slope of the site, and forgoing retaining walls used in similar developments, the house stands as not only a grounded image of domestic life, but a reflection of Cervantes’ distinct handling of form, space and endemic materials. These values have resulted in a portfolio marked by a distinct sense of tectonic clarity since his studio’s founding in 2004.

“We take materials, landscapes and the elements of the site to make it part of the architecture without looking for contrast,” the architect says of his pragmatic approach to local construction methods. “We build with the elements that are convenient for us to build.”

Though this coherence in both form and material resounds, the space within is conceived to be considerably less articulated. “There is no clear difference in how space is lived,” he adds, eschewing the arbitrary divisions of public and private, work and life, “because it is the same human who sleeps, who cooks or who draws.”