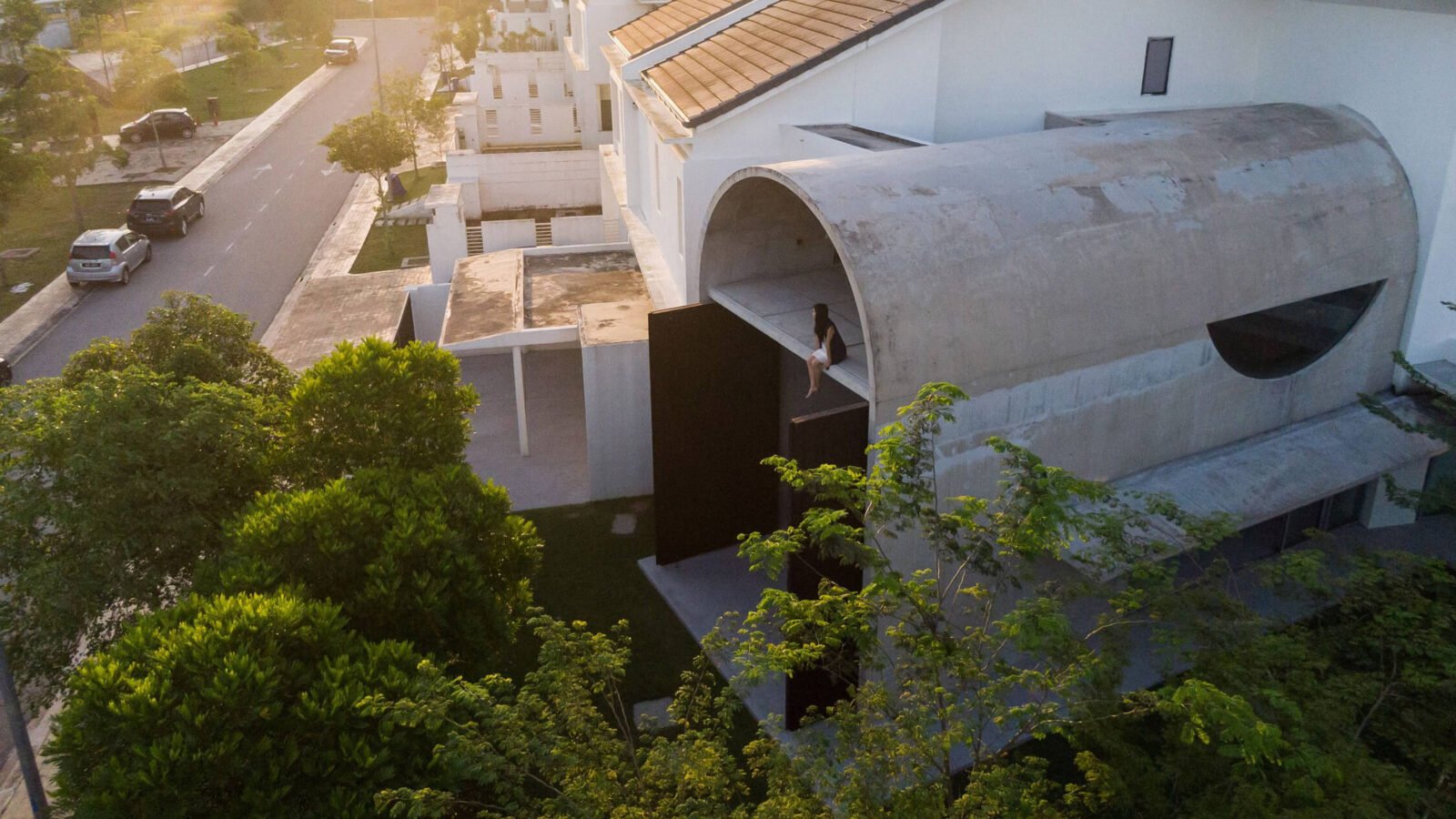 From Kuala Lumpur to Valencia, and from towering houses to dynamic multi-unit projects, we take a look at 10 residential architecture projects that push the envelope.

The last decade boasted a plethora of unique and evocative houses. And the first half of 2020, as we’ve seen in the completion of numerous inspiring residences from Kuala Lumpur to Valencia, continues that trend. The 10 projects that caught our eye over the past six months include everything from inventive private residences to dynamic multi-unit projects – all pushing form, aesthetics and functionality. 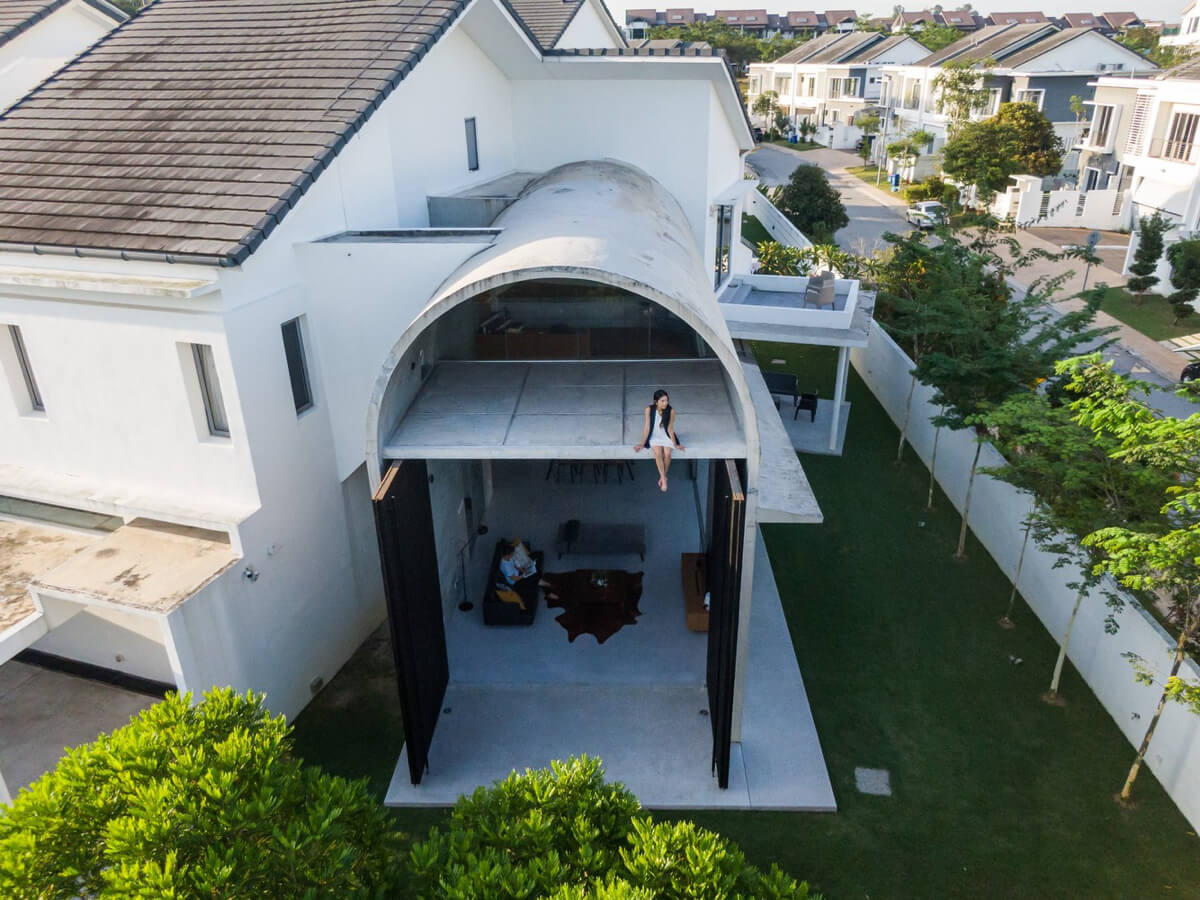 A dramatic concrete barrel vault frames this latest residence by local studio Fabian Tan Architects. Capitalizing on a corner site, the home for a young couple in suburban Kuala Lumpur involved renovating the existing building to contain the home’s private programs (a study, a bedroom and other ancillary spaces) and adding the projecting brutalist form, which shelters the more public spaces. 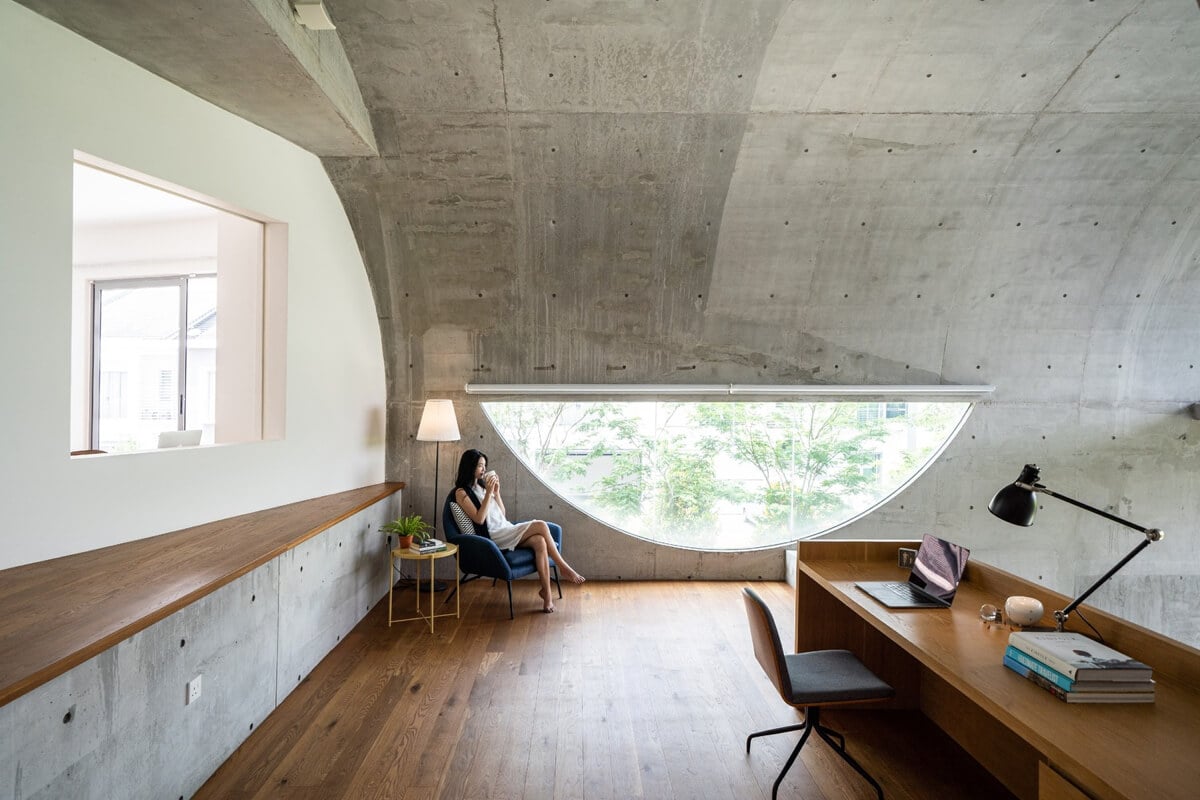 Beneath the sweeping canopy and nestled behind a pair of grand, two-storey doors is a sprawling interior with a cantilevered study that peers over the living area below. As a counterpoint to the weighty shell, a number of perforations help connect the structure with the landscape beyond — all while flooding the home with natural light. 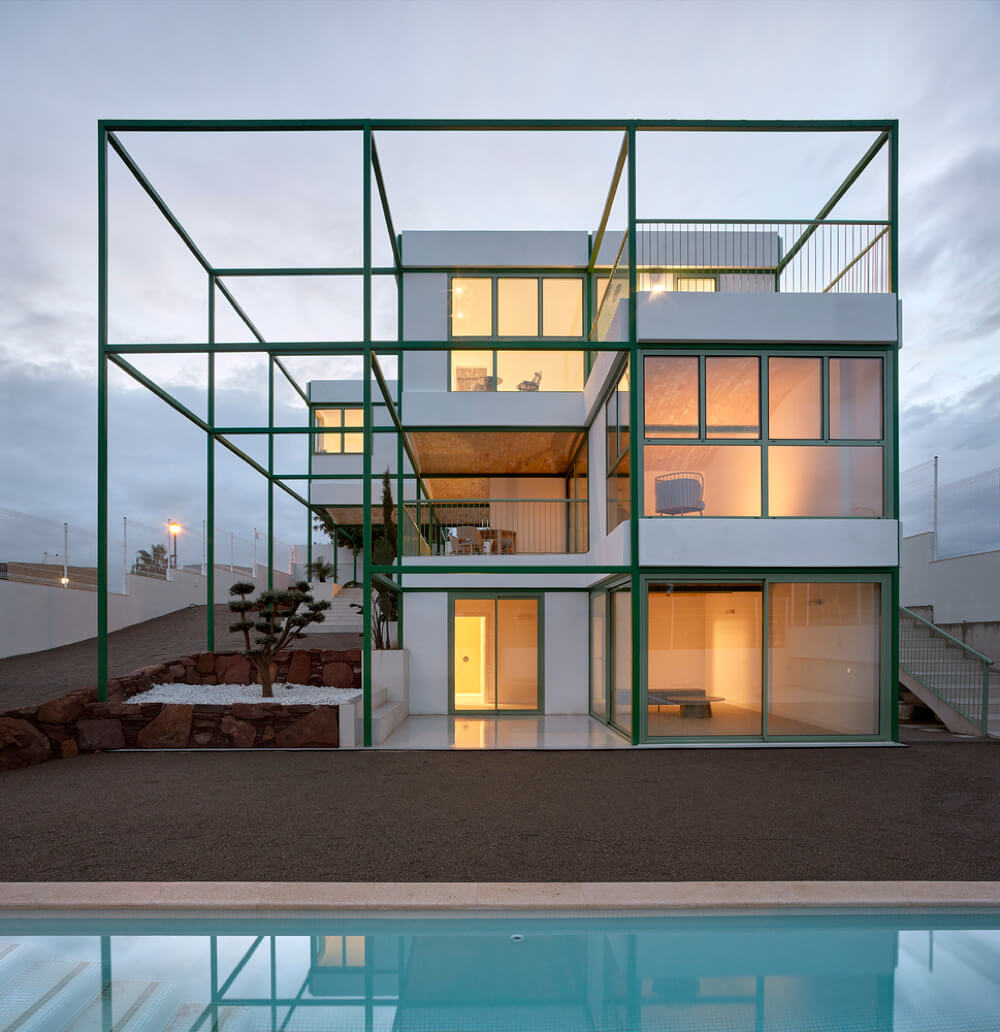 This isn’t your average suburban home. Defined by a vibrant green structural steel frame, Space Popular’s Brick Vault House in Valencia responds not only to the climate of its Spanish locale but to regional building practices as well. For the three-storey prototype, part of the area’s future development, the London-based studio devised a scheme to maximize flexibility in spatial reconfiguration, and in the process minimized the need for extensive corridors and provided ample terraces. 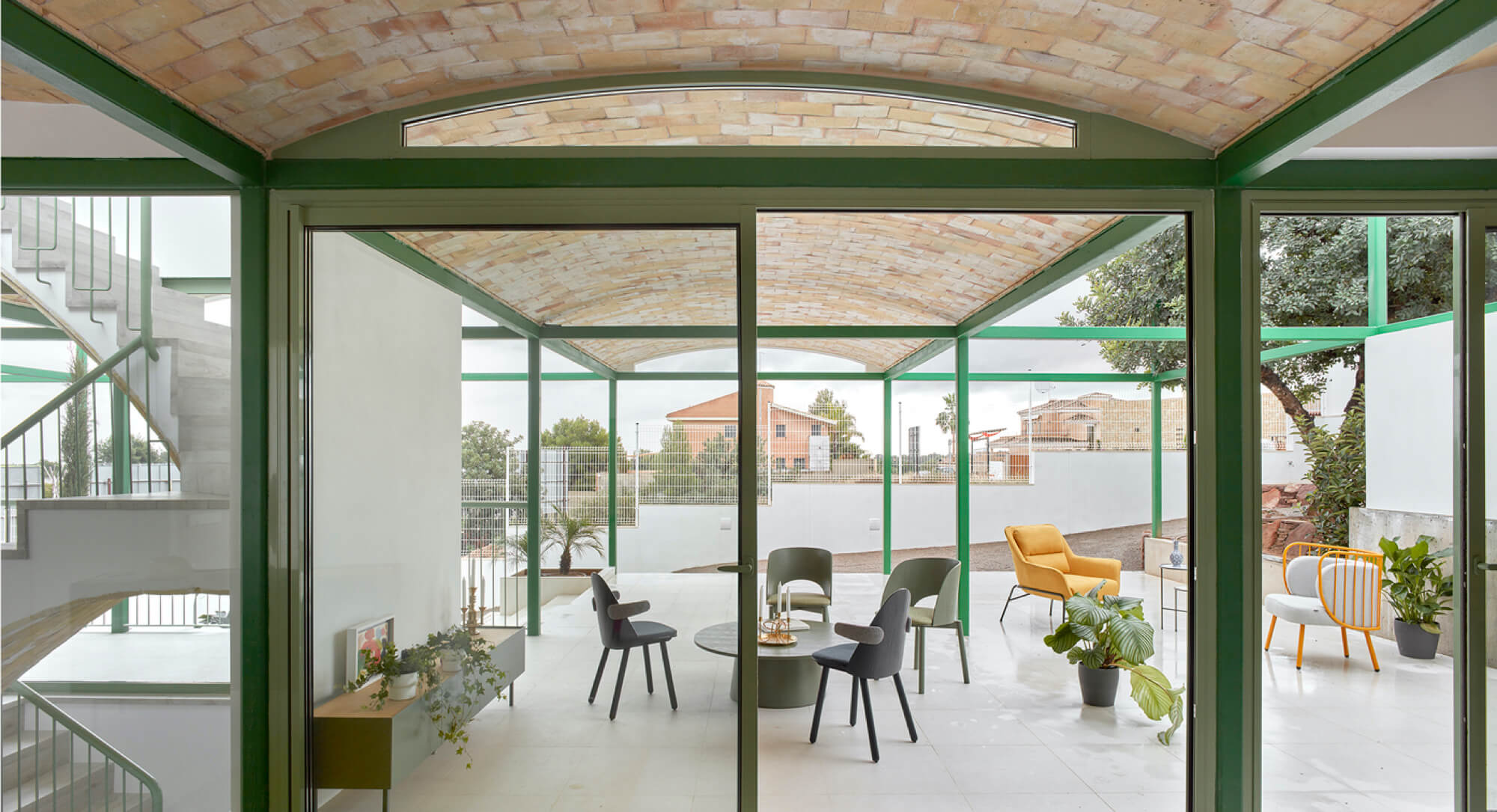 Between the viridian frames, drywall volumes topped by load-bearing brick vaults create a choreography of spaces that transition from one to another and from indoors to out. Suburbia never looked so inviting. 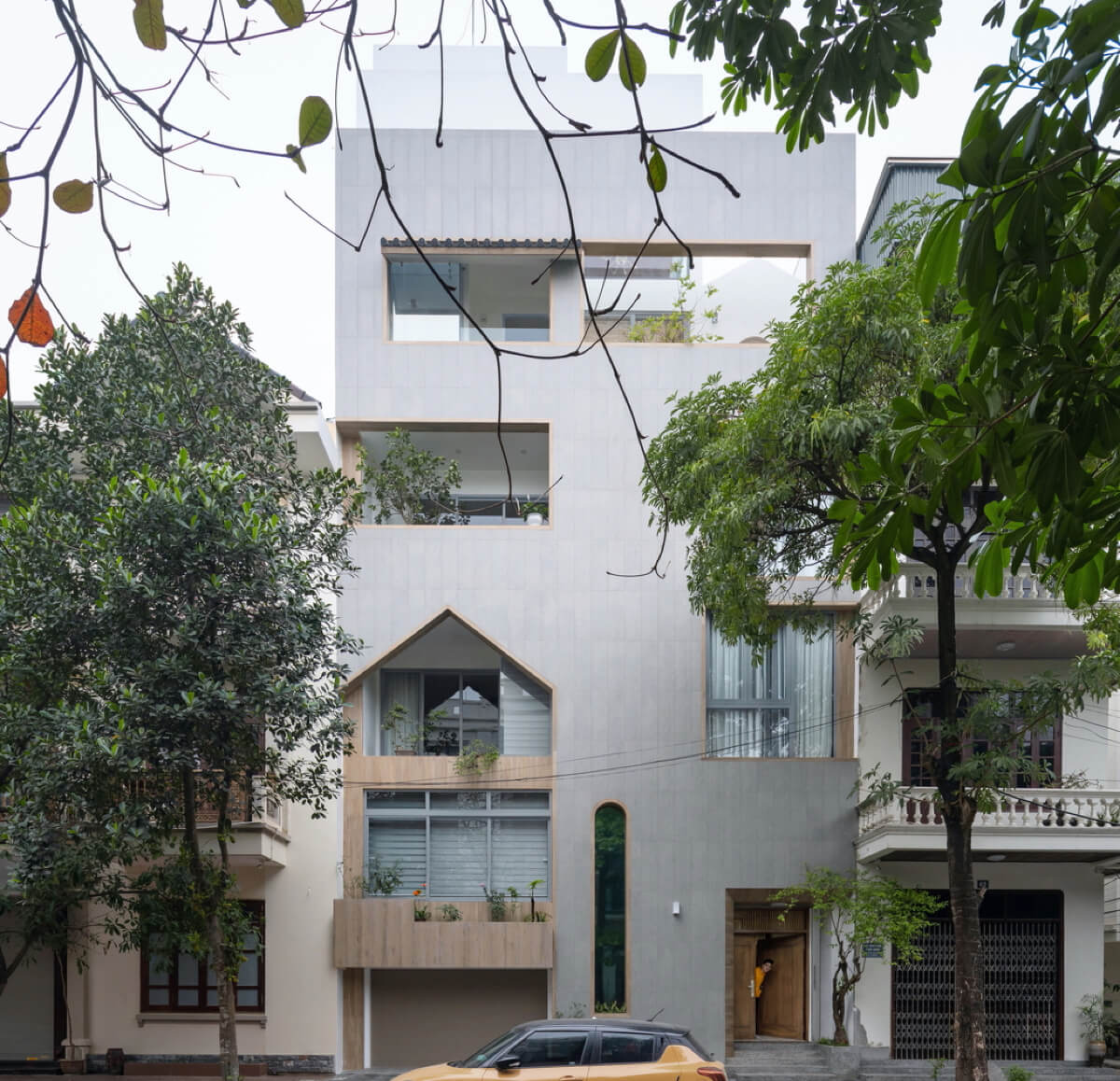 On a tight plot in the city of Nam Định, in northern Vietnam, Landmak Architecture has transformed an existing site into a four-storey, 100-metre-square residence, concealed behind a playful facade that riffs on standard architectonic forms. According to Ta Tien Vinh and Truong Tuan Chung, who lead the studio, the graphic exterior was the result of a sculptural process that also helped them to iterate a series of voids that allow natural light to enter deep within the home. 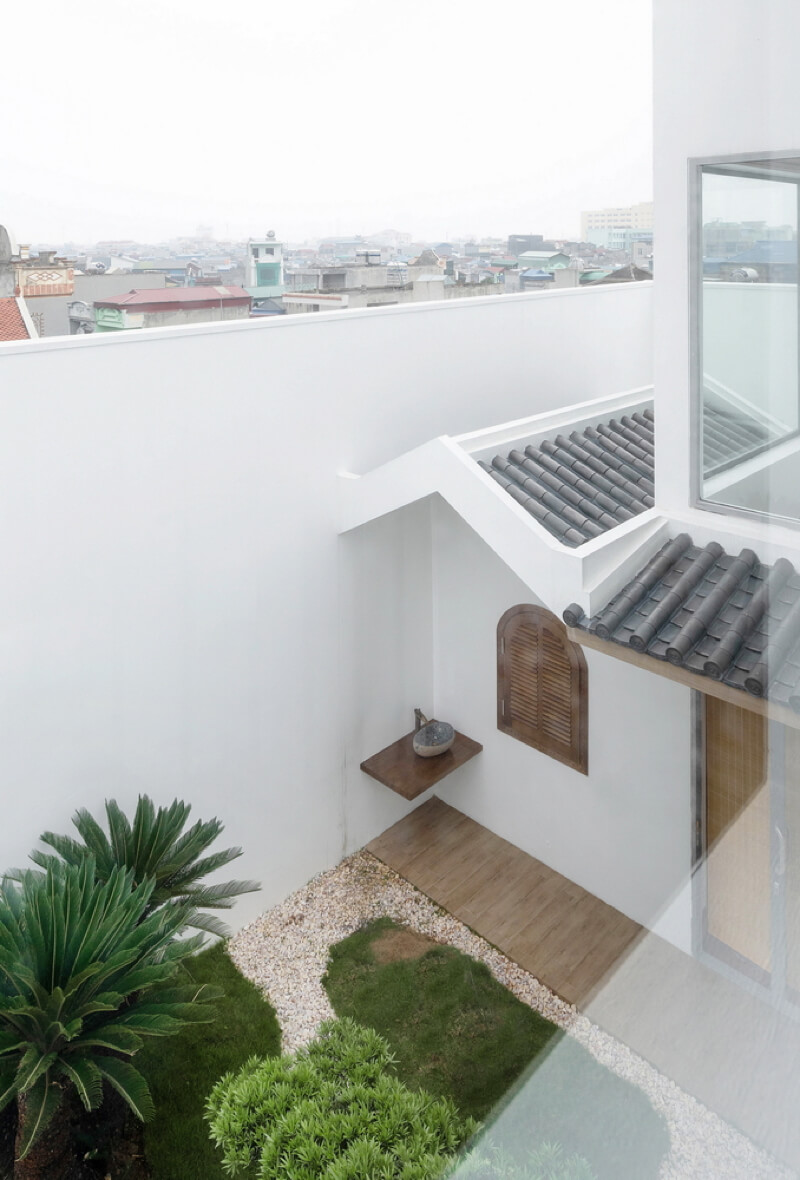 This approach also produced a number of peaceful outdoor terraces and gardens, which provide the perfect respite from the bustling city outside. Allowing its inhabitants to embrace the outdoors from the comfort of their home, Dau Dau House is a covetable urban oasis. 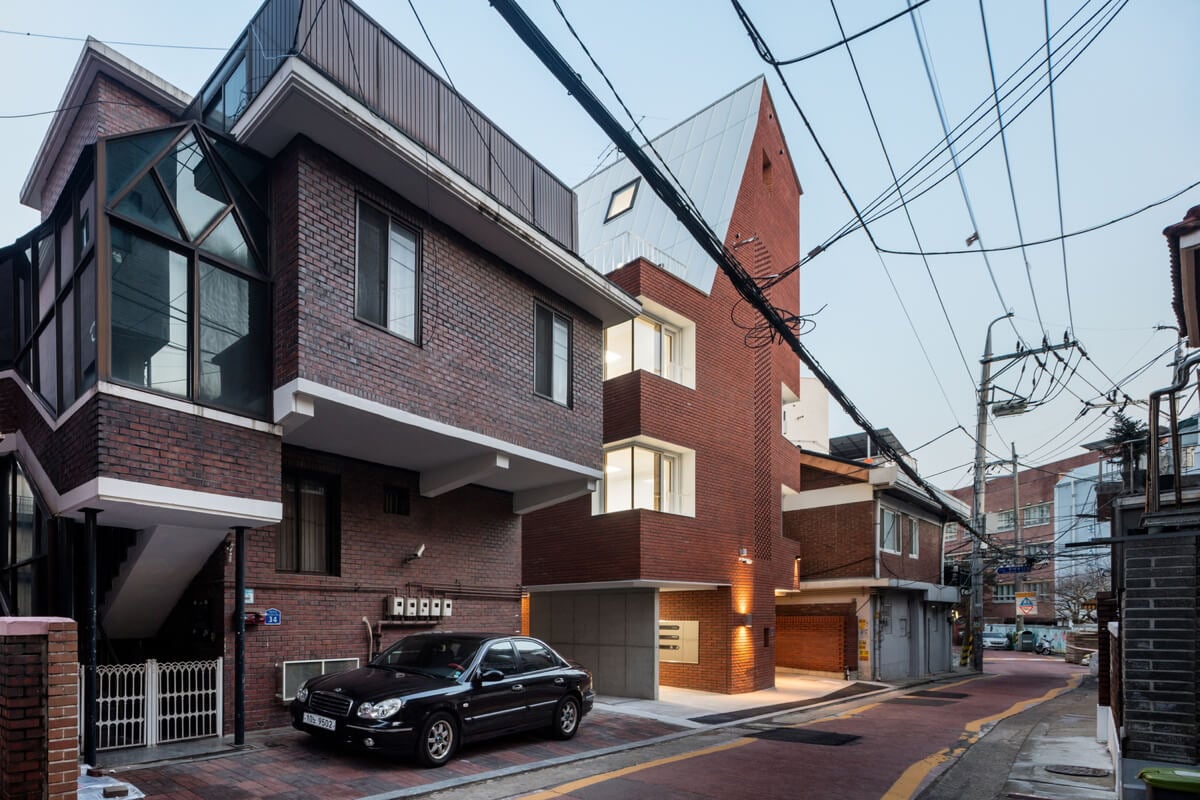 When Junghee Lee of 2m2 Architects was tapped to helm the design of a new rental property in Seoul targeted to women in their 20s and 30s, he knew that the structure needed to balance unique individual apartments with active public spaces – such as a communal ground-floor music studio accessed via a central interior stair – intended to spark interaction between residents. 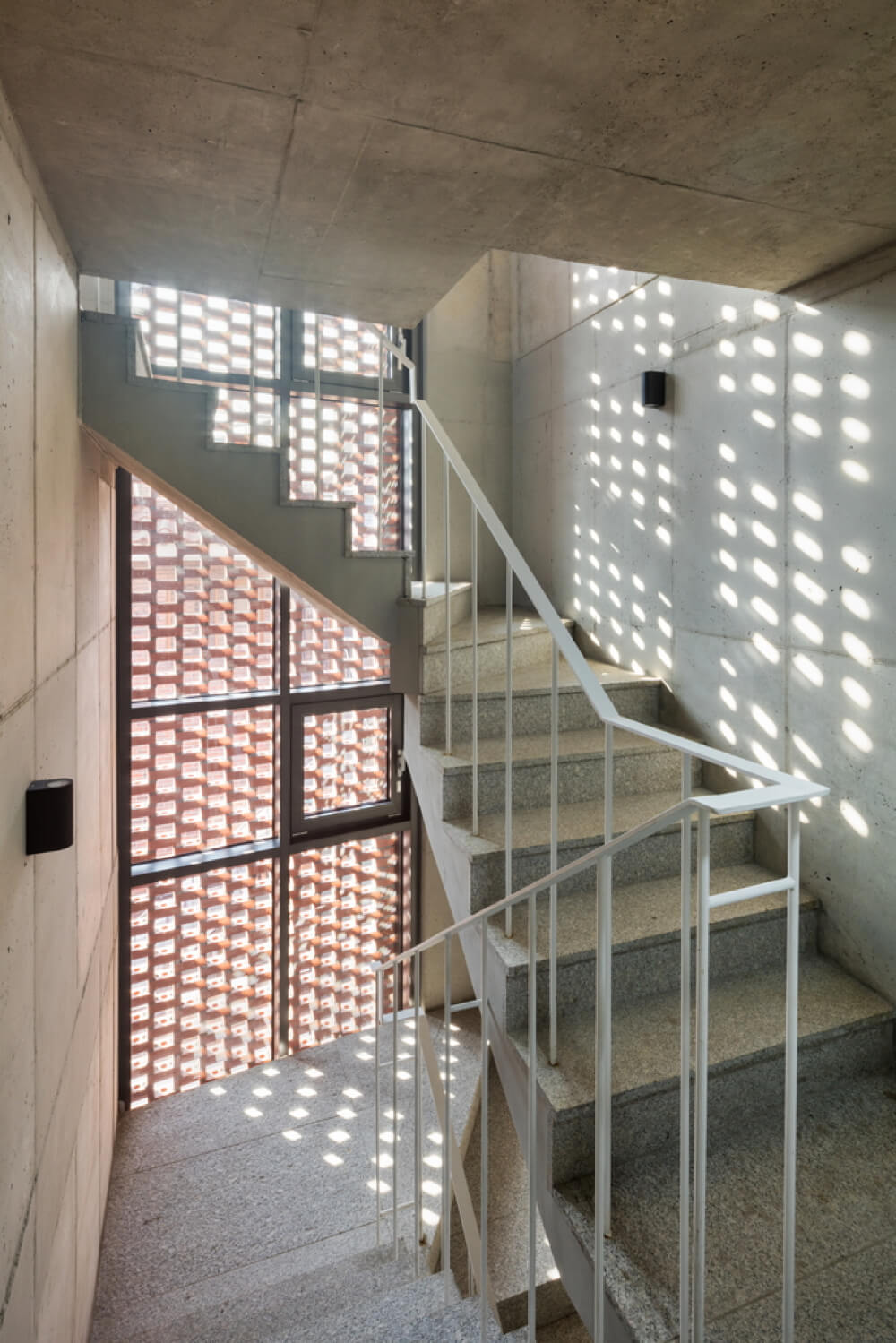 The firm wrapped the new five-storey complex (which contains studio, one-bedroom and two-bedroom apartments, as well as a roof garden) in clay bricks as a nod to the surrounding urban fabric of its Sinsu-dong neighbourhood. Pale oak floors, white walls and ample light within the individual suites further contrast the more austere gestures of the architecture, resulting in a striking multi-unit residence that already feels timeless. 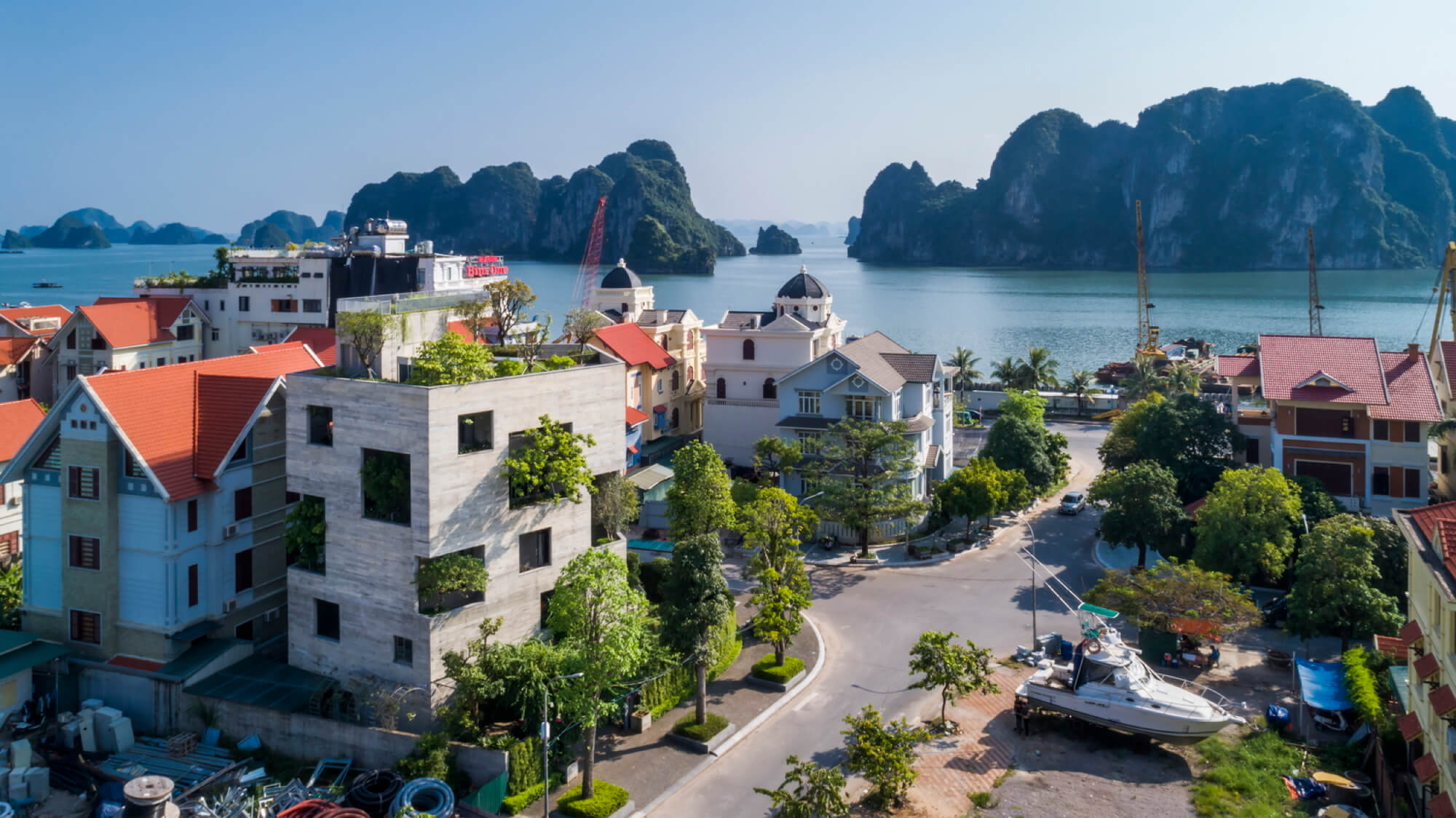 The Vietnamese city of Ha Long boasts its fair share of architectural icons and UNESCO World Heritage Sites. Now, overlooking the nearby bay, VTN Architects has added another prominent landmark to the urban fabric. The almost 2,000-square-metre Ha Long Villa is comprised of a pentagon with a pentagon, the volumes characterized by rough exposed concrete and punctured with rectangular voids replete with vegetation. 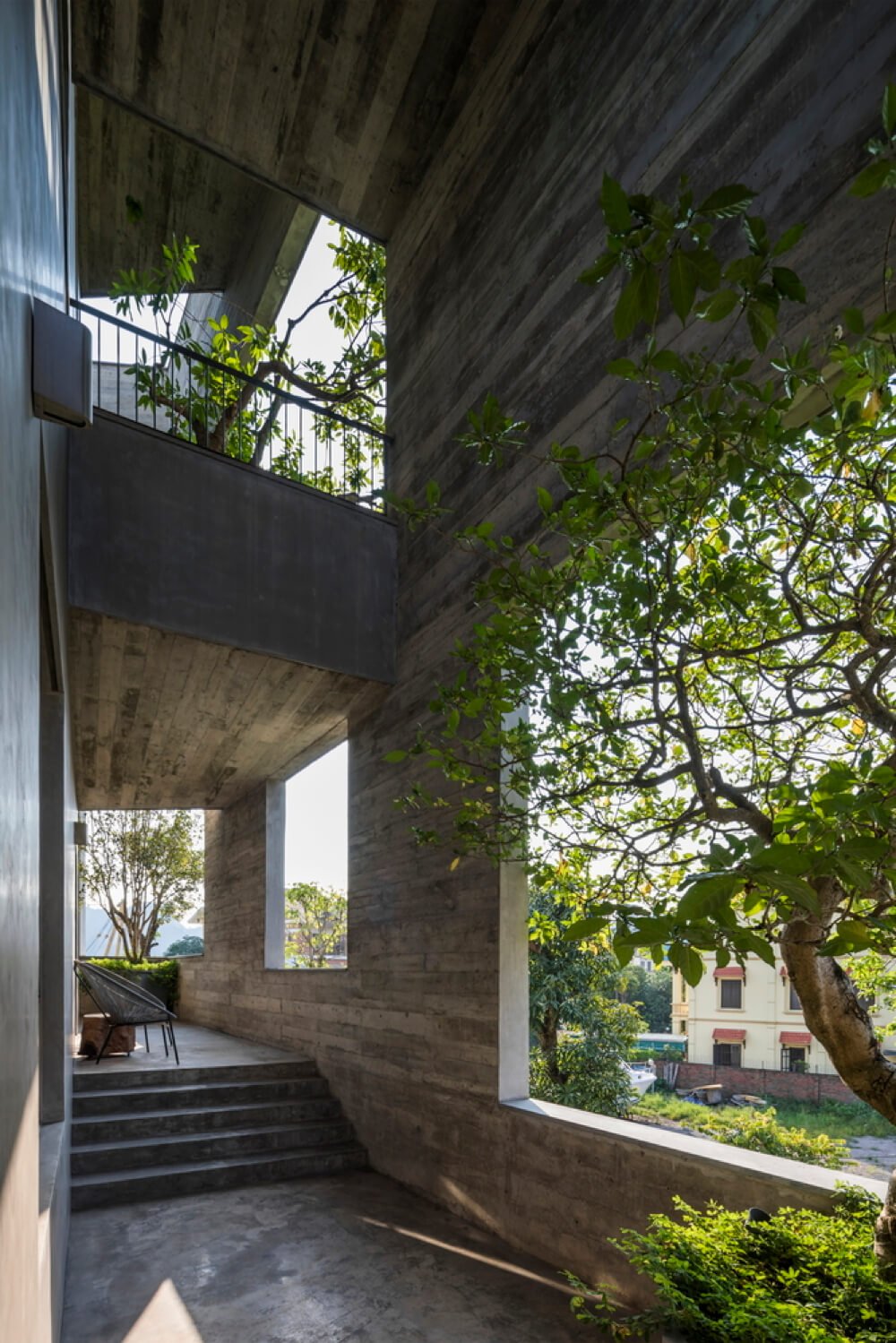 While this juxtaposition adds visual drama, the design of the double skin also helps to buffer the interior from the surrounding city and its tropical climate by creating long shadows that keep the interior cool. “In such a rich setting, we have designed a sustainable home that exists in harmony with the surrounding environment,” says founding partner Vo Trong Nghia, “and seeks to become part of its landscape.” 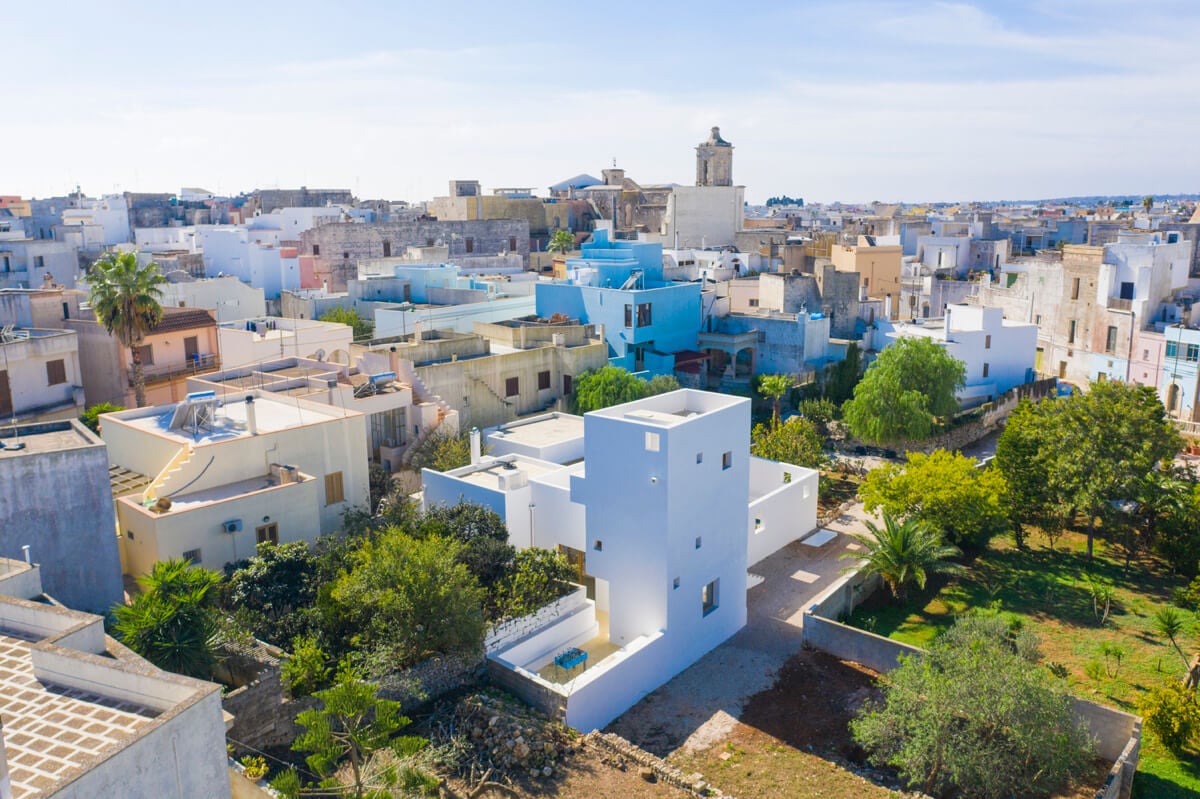 After stumbling across a plot of land in the charming Southern Italian village of Gagliano del Capo, a then-London-based family instantly knew they had to abandon the “hustle and bustle” of city life in favour of this small seaside community. Enter British studio DOS Architects, which transformed the 780-square-metre site into a tailored complex that feels perfectly at home in its milieu of brilliant-white buildings. Drawing from the layout of ancient Roman villas, the house orbits a central courtyard equipped with a linear pool, ample open space and a covered porch for outdoor dining. 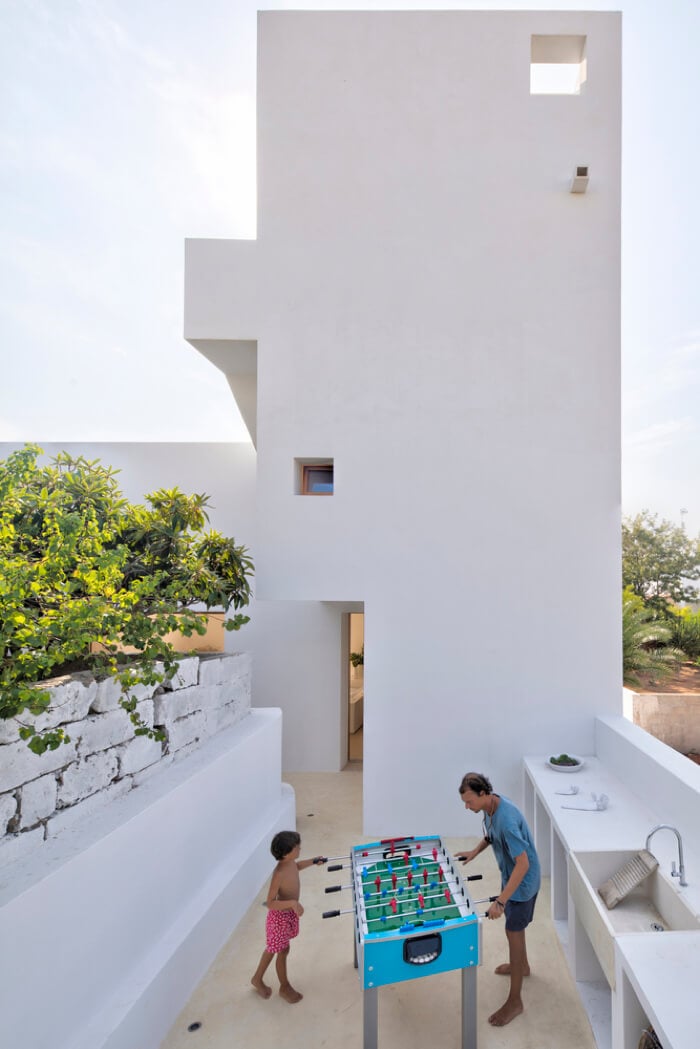 Perhaps the most dramatic element of the residence, however, is the imposing 12-metre-tall tower, aligned to match the height of the village’s central church. In addition to containing the main bedrooms and functioning as a new landmark for the community, the structure also provides unparalleled vistas into the surrounding Adriatic sea. 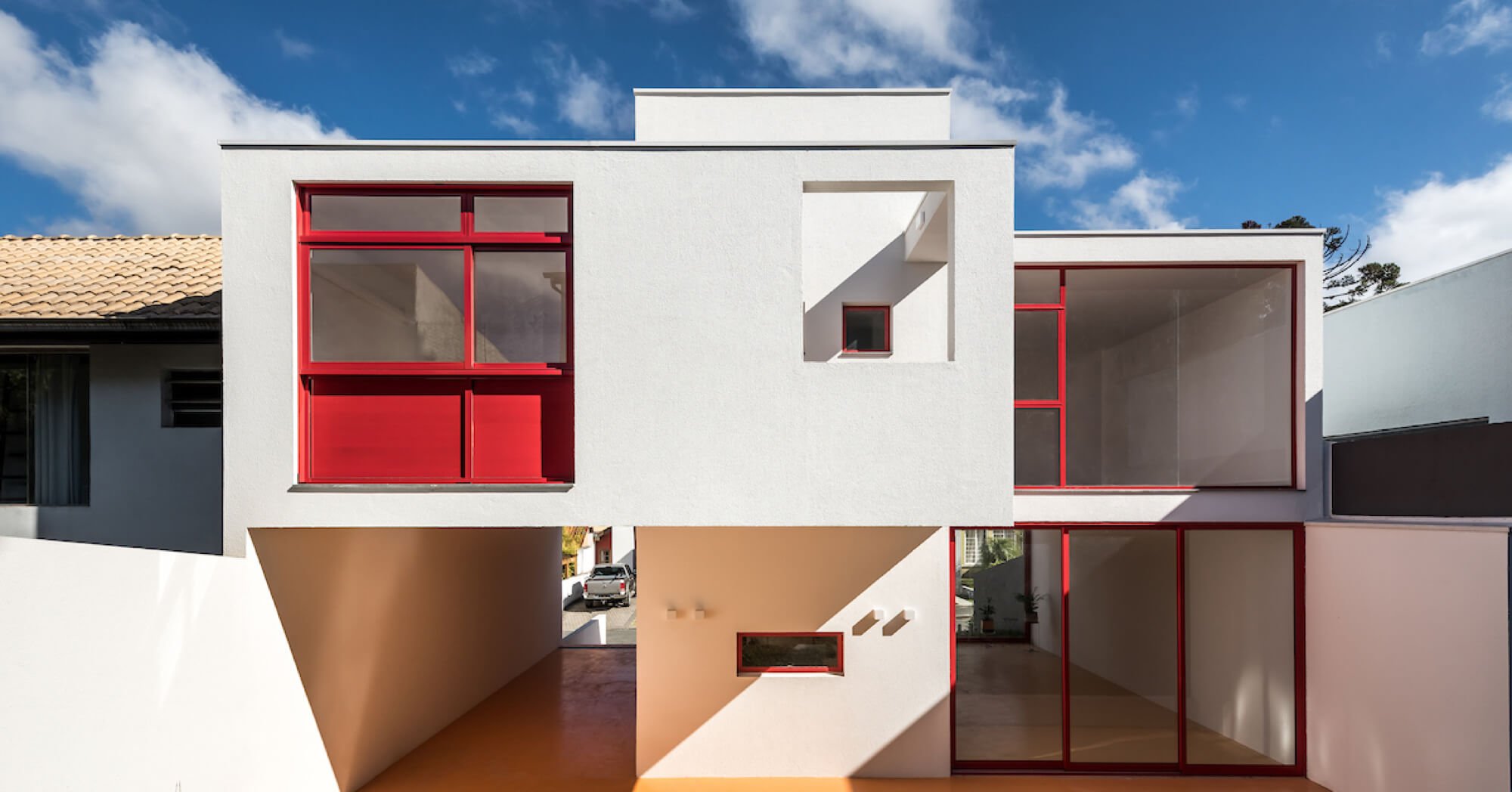 With its crisp white walls and bold red frames, Guará House is a refined addition to a small residential development in the Brazilian city of Curitiba. Designed by local studio Nommo Arquitectos, the graphic residence is a playful mix of mass and glass, with carefully designed features enabling the structure to deftly blend inside and out. An intimate living and dining area as well as a spartan kitchen and laundry facilities fill the ground floor. Upstairs, three bedrooms (two linked to a shared terrace) and a small study enjoy optimally calibrated views of the pastoral surroundings. 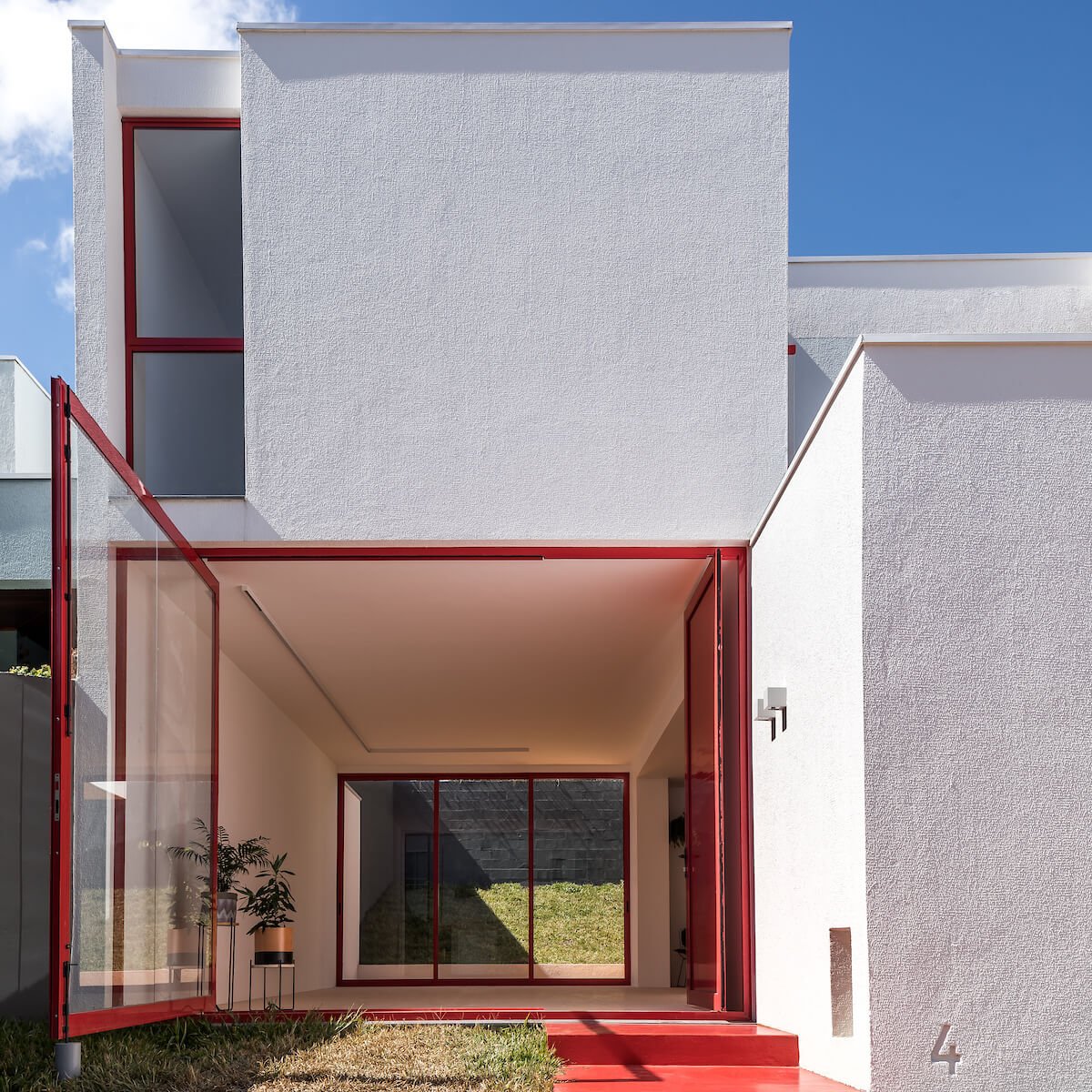 The heroic full-height, pivoting window next to the entrance further emphasizes the home’s weightlessness and allows the interior to entirely open to the city outside. A similar feature included on the rear of the house further blurs the home’s boundaries with the landscape — both natural and artificial. 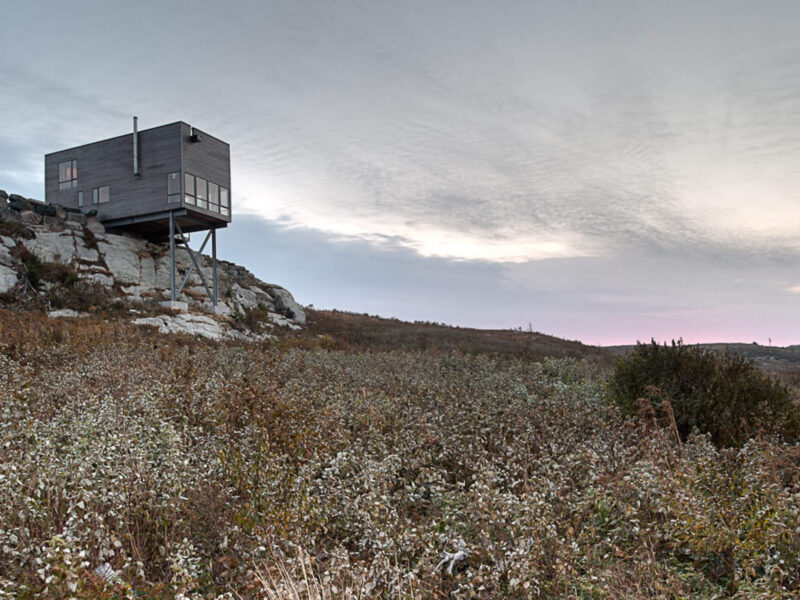 The 10 Most Memorable Houses of the Past Decade
From Johnston Marklee’s Vault House to Alejandro Aravena’s Villa Verde, these are the residential projects that stood out for us.
Read More 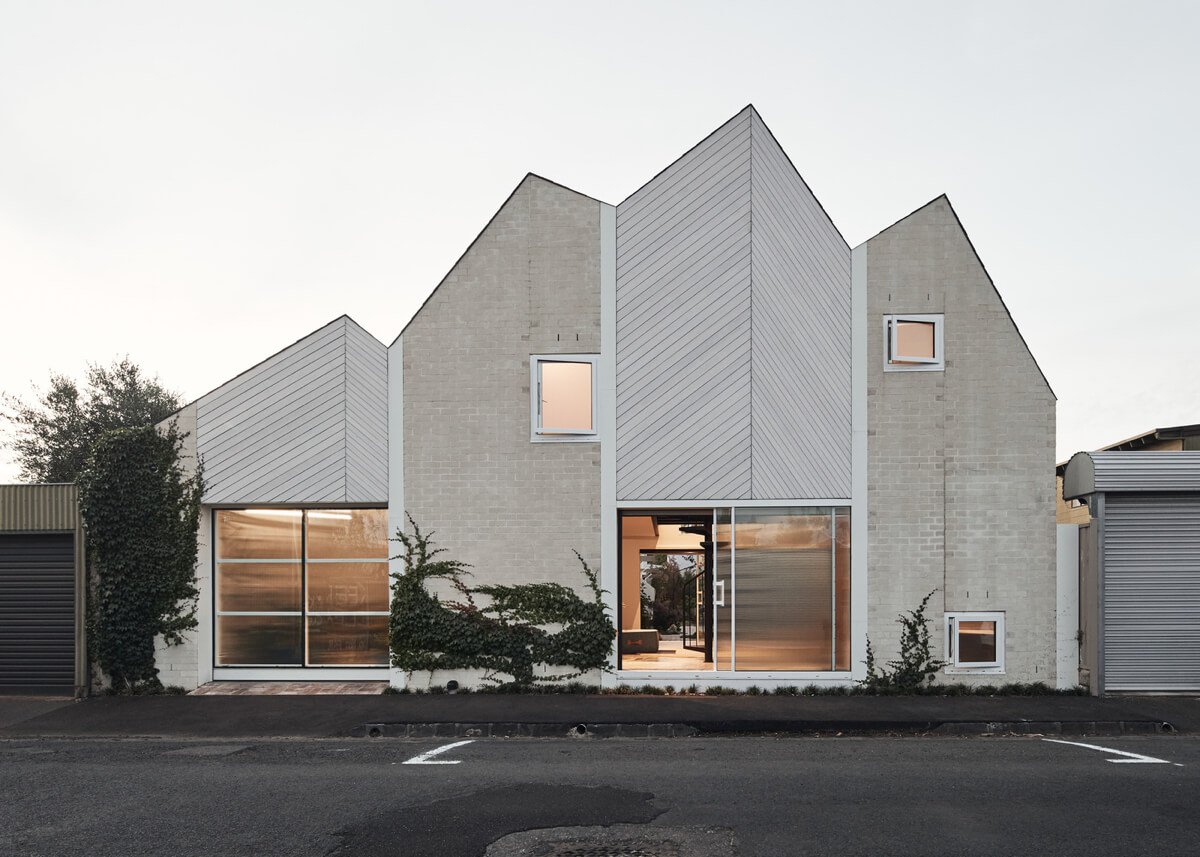 Australian studio Austin Maynard Architects’ latest residence in Melbourne is far more than meets the eye. Beneath its zigzagging roofline is a sprawling 370-square-metre, two-storey complex of five bedrooms, numerous lounges and ample outdoor space. But that’s only half the story. When the property next door to the owner-couple’s home came up for sale, they jumped on the opportunity to acquire more room for their growing family as well as renovate their abode. However, due to heritage restrictions, the frontages of both existing homes had to remain, proving a particular challenge for the architects. 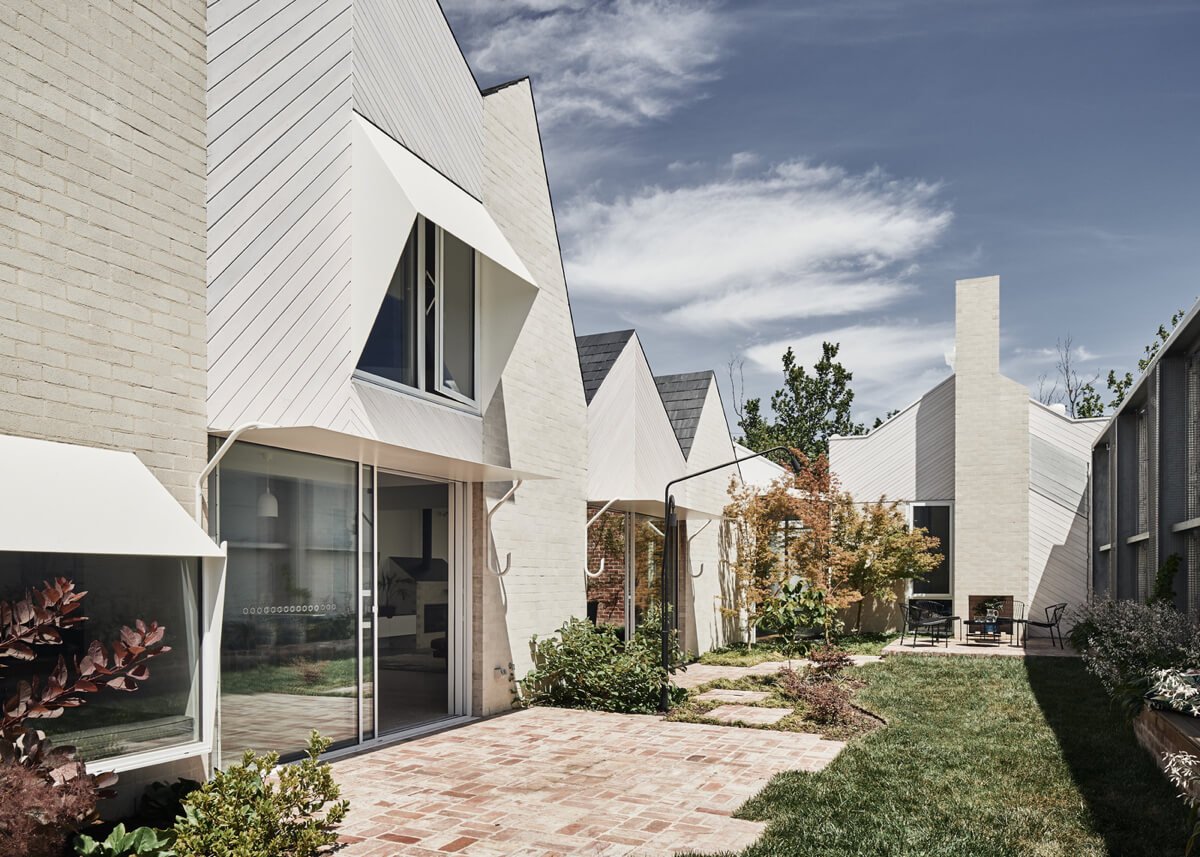 Their solution was to frame the entrance to the complex with the heritage structures (one containing guest accommodations and the other a small lounge), and have the new, serrated-roofed buildings in the L-shaped plan occupy the edges of the plot. According to the studio, the result is “unconventional but thoroughly logical.” 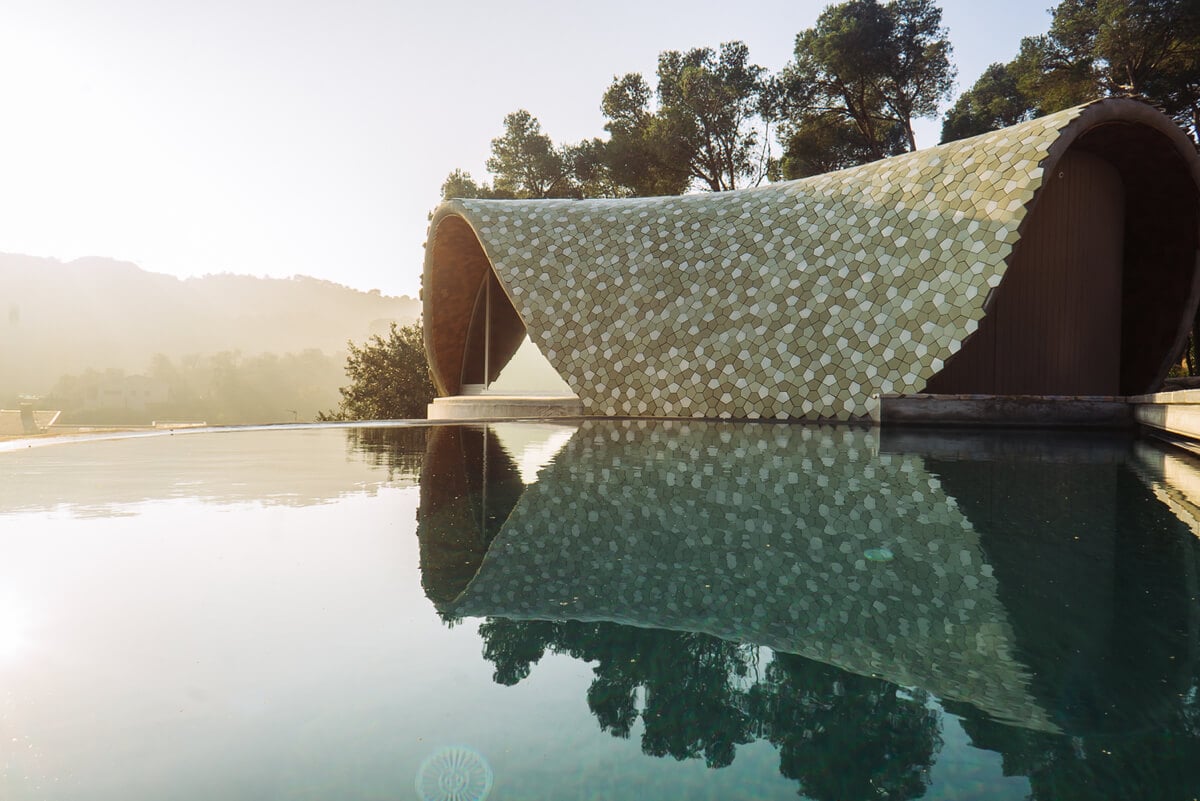 Is it a manta ray, a crustacean or perhaps a tortoise? With its ceramic-tile-encrusted shell, architect Enric Ruiz Geli’s Villa Stgilat Aiguablava in eastern Spain conjures up images of aquatic creatures — and for good reason. Combining local building practices (such as the Catalan vault) with cutting-edge manufacturing, the hillside residence both celebrates and elevates the Mediterranean vernacular. 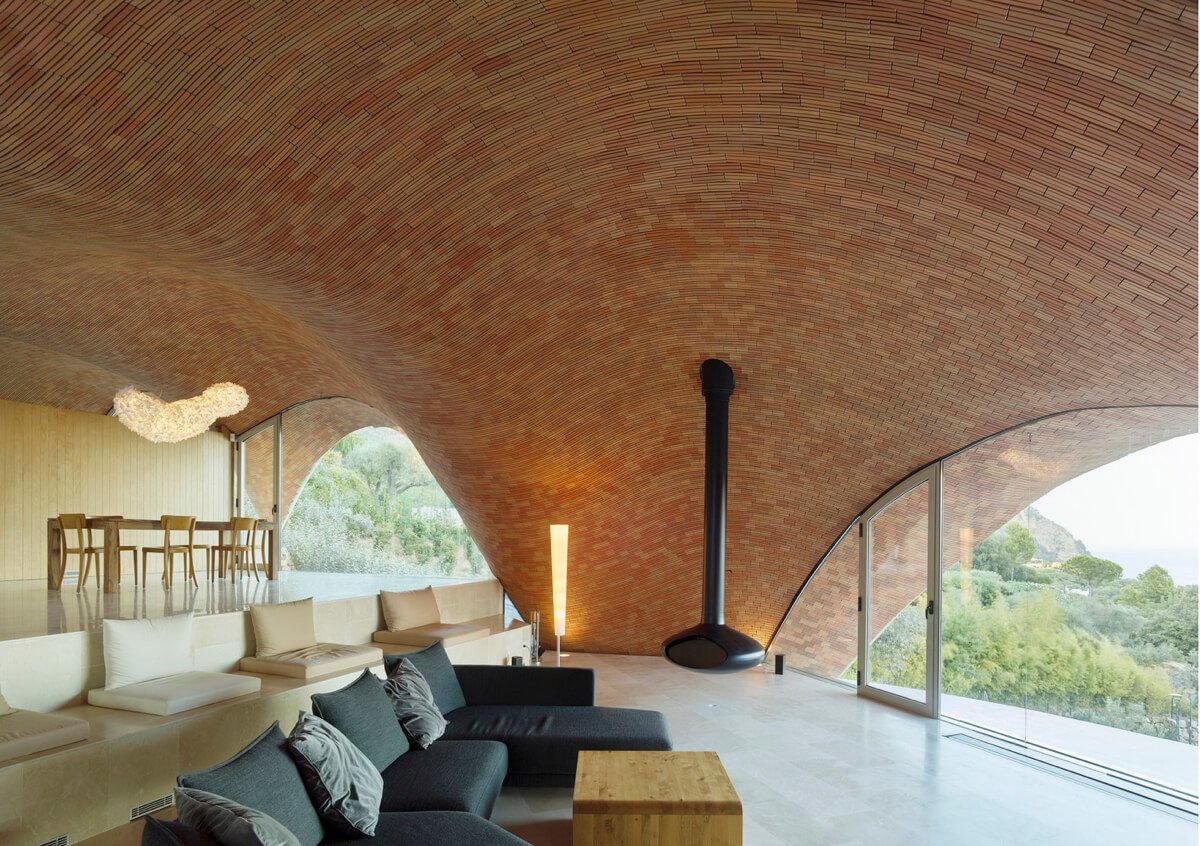 In addition to the cascading canopy, which also serves to improve the home’s acoustics, the three-bedroom complex boasts an outdoor pool with awe-inspiring views into the surrounding landscape as well as an experimental pavilion done in collaboration with the Pasadena Art Center College of Design. “The key to this project is its integration with the environment,” says Ruiz Geli. “In this dialogue with the environment, the project provides sustainable and innovative architecture and digital manufacturing, bringing value to the region and embodying Mediterranean culture and its way of life.” 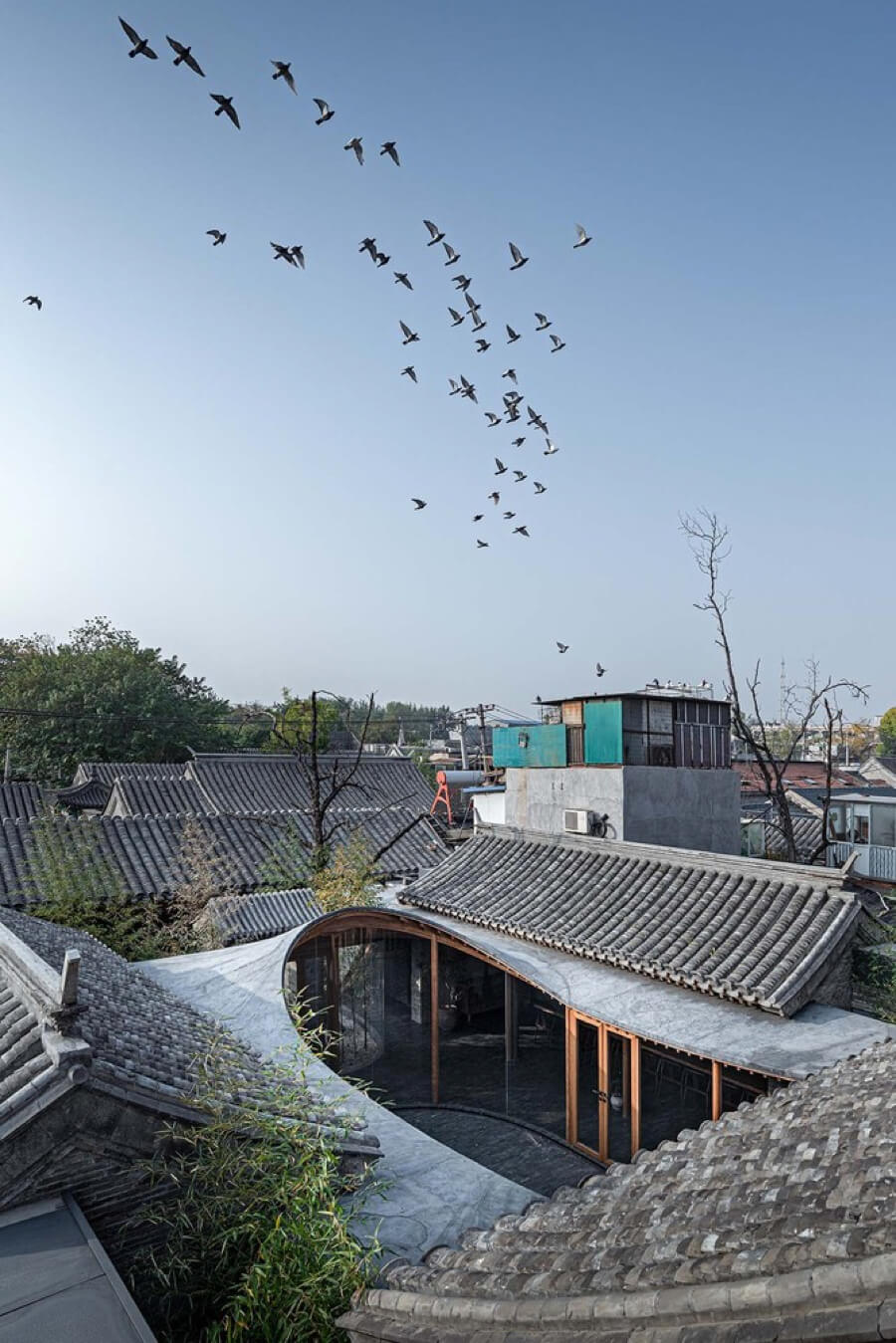 In the last decade, there has been a palpable emphasis on preserving China’s architectural heritage, particularly so in Beijing. The bustling metropolis is home to both a rich trove of local history and a distinct housing typology native to the urban centre: the hutong.

The Qishe Courtyard House by ARCHSTUDIO sees one of these vernacular housing forms — once abandoned and in disrepair — reimagined with a sinuous glass membrane and folding concrete canopy. These sweeping gestures not only help link the complex’s two courtyards, they also define a newly reconfigured interior that features two bedrooms, two dining areas, a large kitchen, an office, a lounge and more. The project joins a number of similar interventions by the studio in recent years that involve dramatic insertions into Beijing’s historic architectural fabric.

From Kuala Lumpur to Valencia, and from towering houses to dynamic multi-unit projects, we take a look at 10 residential architecture projects that push the envelope.