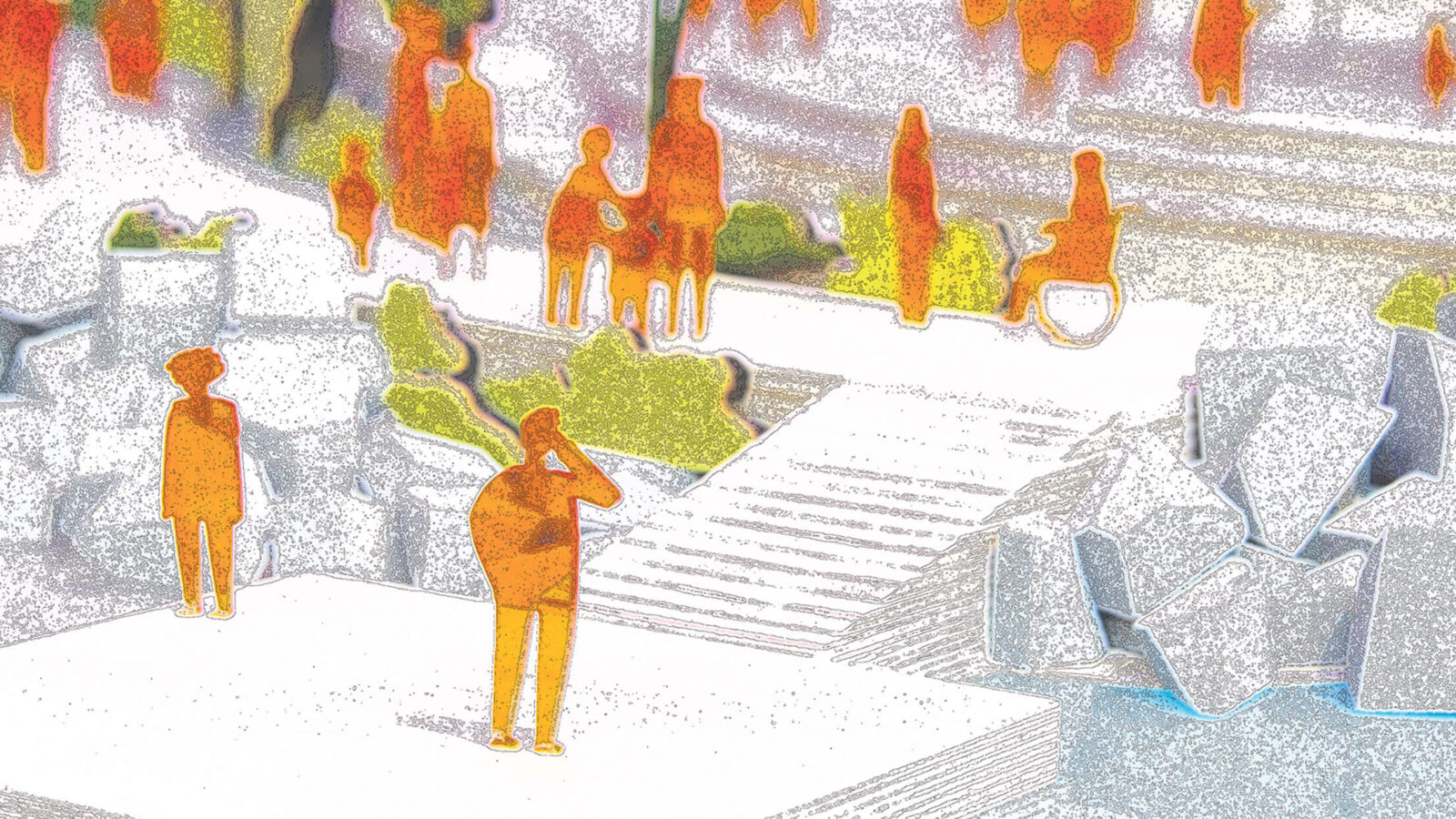 The Missing Dimension in the Sidewalk Toronto Vision

Although tech companies promise great innovation, they can also privatize cities over time.

Some of the urban-design and technology ideas in Sidewalk’s plan, from tall timber to automated shuttles, get a lot of attention. But there’s something else about the plan to consider, something less easy to grasp or see: time.

Technology companies have an interesting strategic relationship with time. When Uber arrived in Toronto years ago, it wasn’t explicitly announced as a competitor to public transit. Political leadership embraced the company, despite the way it steamrolled civic stakeholders, doing what it wanted and begging forgiveness later. In recent months, as Uber prepared a regulatory filing prior to its IPO, it stated that “its growth depends on better competing with public transportation, which it identifies as a $1 trillion market it can grab a share of over the long term.”

Beyond the fact that Uber is now competing with public transit, the regulatory vacuum from which it emerged created other unresolved issues that have become clearer over time, including its impact on congestion, public safety and labour. With Uber, corporate capture of our regulatory environments occurred in two distinct ways through the use of time. First, time went fast: The company went directly to the public to build a user base and support. But concurrently, time was slow to reveal the company’s long-term plan. Uber has been burning through hundreds of millions of dollars of venture capital over the years to establish market position and compete with public transit. Earlier this year, it lost over a billion dollars in its first quarter as a publicly traded company.

Uber is an example of the direct-to-consumer threat that Internet-enabled businesses pose to the democratic governance of the city. Through software and the use of time, tech companies can go straight to their users via the Internet. They build a supportive constituency for their product before it’s regulated. People get used to something they enjoy and don’t want it to change. Social norms are established before policy is created and cities are left to clean up the mess.

Airbnb followed a similar cycle. Policy-makers are playing catch-up to deal with negative impact on rental stock and quality of life for those living in buildings with a lot of Airbnb activity. As with Uber, a supportive constituency – property owners – was created, presenting the same political challenge for regulators. The business strategy here is consistent: Tech companies use time to wedge themselves between residents and government, painting governments into difficult corners when it comes to dealing with any negative consequences that fall onto the collective. When tech companies invariably need to be reined in, political leaders are fearful of appearing anti-innovation or anti-progress.

Many potential cases of long-term privatization exist in the Sidewalk plan. In the mobility space alone, where Alphabet has a deep portfolio of subsidiary companies, there are several proposed urban innovations that fit the pattern: dynamic curbs, mobility management subscription plans, parking. The integrated mobility package subscription idea, for example, imagines a monthly plan that integrates various modes of public and private transportation, one that would “enable residents and workers to see all their trip choices in real time and pay in one place.”

A number of Sidewalk Labs’ urban innovation ideas merge the physical with the digital at a high level. Public assets are combined with hardware (such as sensors and mobile phones), software and data to create a layer of digital infrastructure. These urban innovations turn what were once publicly managed infrastructure assets into markets where mediating companies can make money. Now extend this thinking and pattern to any of the products that could be sold directly to a resident or commercial buyer in a more relaxed regulatory environment: energy, waste management, telecommunications – the list goes on.

None of these technologies appear as privatization plays in the plan. They are presented as seemingly neutral technology products. Urban innovations. But time is the unknown. And just as with Uber and the taxi industry, the public administration regimes overseeing these infrastructures are dysfunctional. Or, as the tech industry likes to say, “ripe for disruption.”

Sidewalk Toronto is the continuation of an arc created by decades of neglect and privatization of public assets. This round adds new features: the ruthless instincts of venture capital and monopoly power. The project as a whole brings Toronto to a distinct fork in the road. Do we want to reorganize the status quo of public infrastructure asset management through democratic or through corporate thinking? Speed has given corporate capture the advantage, but there’s time yet to correct course.

Bianca Wylie is an open-government advocate with a dual background in technology and public engagement. She is the co-founder of Tech Reset Canada and a senior fellow at the Centre for International Governance Innovation.

Although tech companies promise great innovation, they can also privatize cities over time.