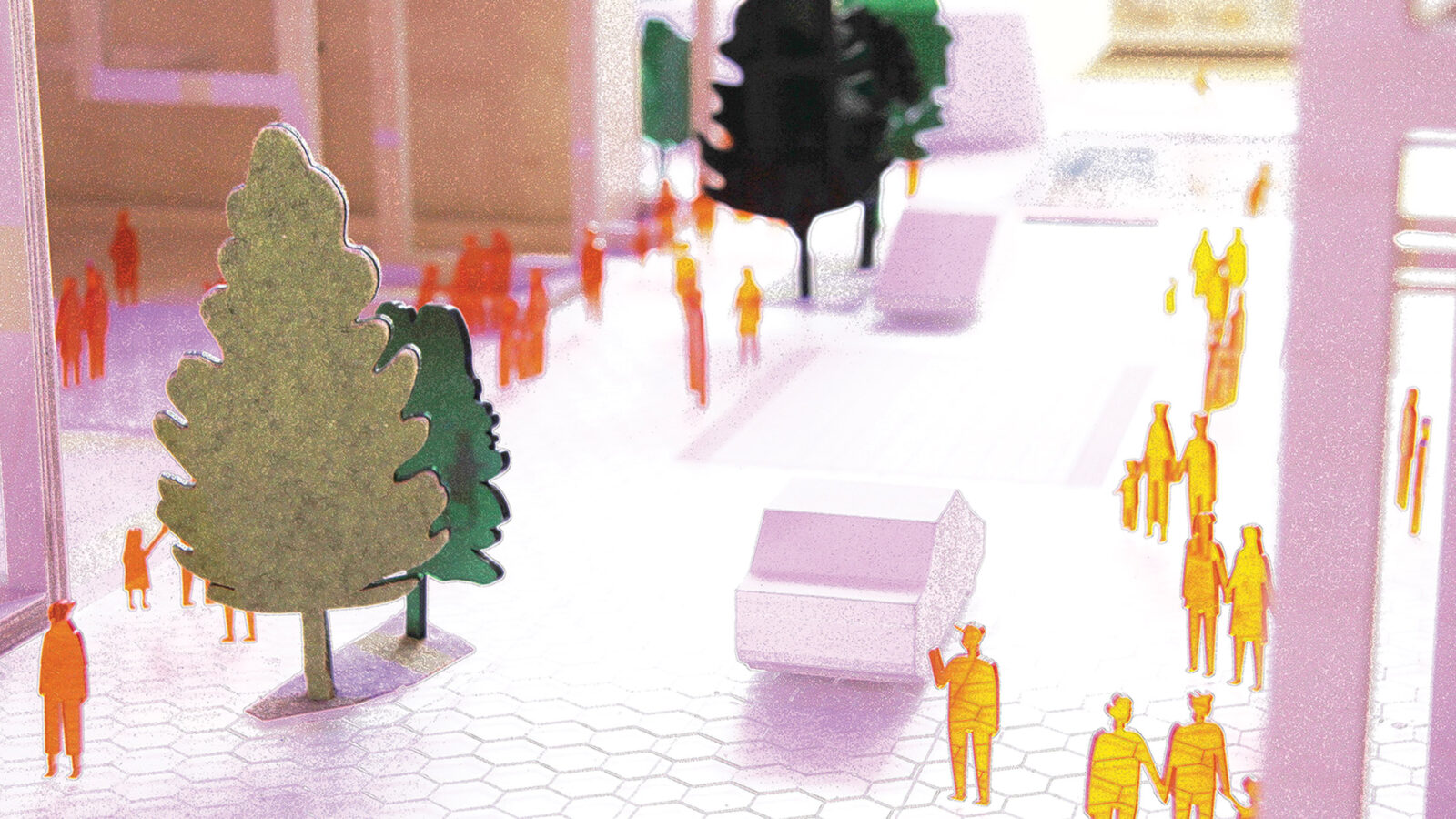 Neighbourhood services will be strategically coordinated, but at what cost to civic authority?

For a project that’s had to navigate choppy political seas since it surfaced two years ago, it’s perhaps appropriate that Sidewalk Labs devotes so much of its MIDP’s attention to stormwater management.

The cluster of tall timber buildings the Alphabet subsidiary has proposed for the five-hectare Quayside district will include so-called “blue roofs” that rely on sensors to mitigate the effects of unexpected flooding. In typical projects, developers must build subsurface holding tanks to contain excess runoff. Sidewalk’s plan, by contrast, is to create rooftop reservoirs and use a combination of weather forecasting technology and sensors to continuously regulate the amount of water they’ll contain. Up top, that water may be used to irrigate green roofs, or it can be released into swales and other planted areas at street level in advance of storms, thus freeing up additional storage capacity to reduce the pressure on municipal storm sewers and the lake during heavy rains.

This system represents just one element of Sidewalk’s broader sustainability strategy for Quayside and, eventually, the IDEA District. These include a smart electrical grid, a district heating and cooling network, a pneumatic waste-collection system and building components designed to capture and recycle waste heat.

For many years, Waterfront Toronto has included sustainability goals in its development plans for the brownfield sites along the eastern waterfront and the Port Lands. But, as Sidewalk points out in its 1,524-page pitch, many green building projects satisfy various sustainability and energy efficiency standards while still on the drawing board, but then underperform after they are completed.

To tackle such performance gaps, Sidewalk has proposed setting up a new regulator, dubbed the Waterfront Sustainability Association (WSA), which will have a mandate to ensure compliance and deliver a low-emission community. Developers and the private firms that will eventually manage the area’s smart grid and district heating and cooling system will have to enter into performance contracts with the WSA. “The operators will be held to account by this new entity,” says Simon Brandler, Sidewalk’s director of public policy innovation. As with regulators like the Ontario Energy Board, he adds, “it will be invisible to the end user.”

The rapidly evolving world of sustainability technology – from rooftop solar and the stormwater management systems proposed for Quayside to Internet-of-things-connected smart thermostats – is very much a part of the global smart-city industry, which generates billions in revenue each year. But smart-city technologies extend into a range of other urban domains. Some systems, like traffic signal optimization or low-energy street lighting, generate little controversy, while others, such as predictive policing systems, have become lightning rods in intense debates about civil liberties. The governance of these systems is a work in progress: Some cities, like Barcelona, have been assertive about democratic oversight of smart-city technology. But many others haven’t cracked the accountability riddle.

Much of the controversy around the Sidewalk plan has focused on privacy: Given that the company’s proposal envisions an extensive deployment of data-gathering sensors in both public and private spaces, critics and privacy experts alike have asked how residents of and visitors to this new district will be assured that information gathered about their activities isn’t sold or misused.

To address such concerns, Sidewalk insists that it will not capture identifying details such as faces. The company has also proposed the creation of an “Urban Data Trust,” an arm’s-length entity that would house all the information gathered in Sidewalk’s projects, ensure privacy protections and make anonymized data available to software developers intent on creating new urban applications.

But the MIDP also envisions a range of other operating entities, including the WSA and associations tasked with regulating open spaces and transportation networks. They will all answer to what Sidewalk calls a “public administrator,” which has a mandate to work with the City of Toronto to regulate this new community.

According to Sidewalk, these entities will need certain exemptions from existing municipal or provincial regulations in order to deliver the project. They are also meant to be self-financing, with operating costs generated by user fees, charges to developers and financing provided by Sidewalk on commercial terms. While Sidewalk officials have insisted these entities don’t represent any kind of privatization of public services, there’s no doubt they’ll rely heavily on Sidewalk for technical expertise and will operate at a remove from the city’s bureaucracy.

Part of the objective, says Pino Di Mascio, Sidewalk’s director of planning, is to better integrate services that typically operate in municipal silos. The Waterfront Transportation Management Association, for example, will coordinate transit, road allowances and parking while also delivering a mobility subscription service. While Di Mascio’s operational diagnosis is on point, the bigger question is whether the special status conferred on Sidewalk’s various governance bodies will deliver the promised benefits or unintentionally undermine the city’s ability to regulate in other communities if developers choose to seek similar exemptions.

As the City of Toronto proceeds with an extensive evaluation of Sidewalk’s plan, it remains to be seen just how much municipal authority it will be prepared to relinquish in the name of smart-city innovation.

John Lorinc is an award-winning journalist specializing in urban affairs.

Neighbourhood services will be strategically coordinated, but at what cost to civic authority?