Snarkitecture Turns Caesarstone Islands into a Playful Ode to Water
Ahead of the Interior Design Show, Snarkitecture's Alex Mustonen discusses Altered States, the kitchen island the studio developed with Caesarstone. 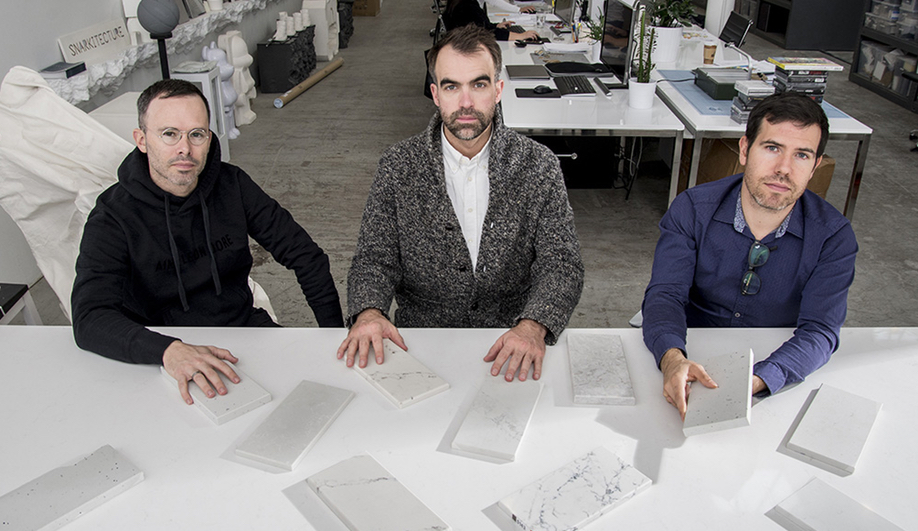 One of the goals of Snarkitecture, says founding principal Alex Mustonen, is to engage people who “maybe think that architecture is too serious.” Indeed, for the New York-based design studio, playfulness is a core competency: for a COS installation in Seoul, Snarkitecture filled a gallery with a giant marble run. For Colette in Paris, the studio built the world’s largest ball pit, filled with 1.1-million plastic orbs.

And for its next act, Snarkitecture is collaborating with Caesarstone for an installation at Interior Design Show (IDS) in Toronto. 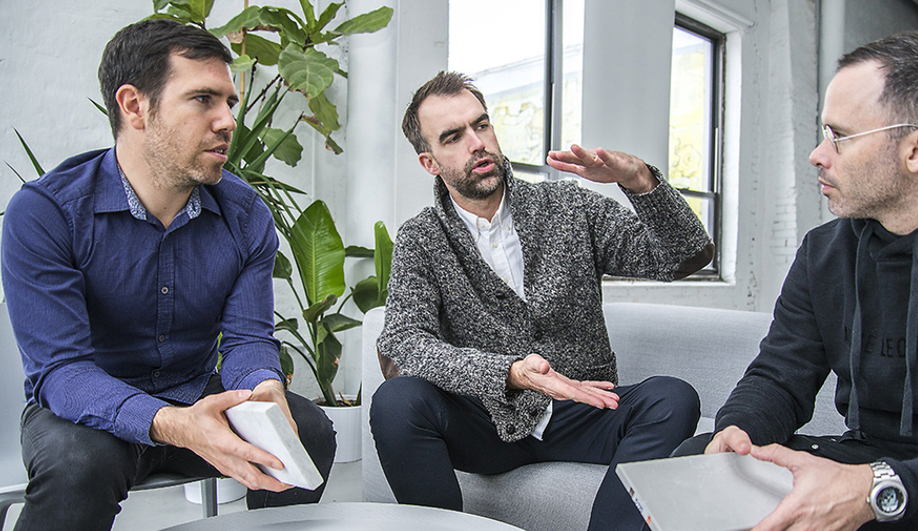 For Caesarstone, this is nothing new – the quartz surfacing brand has previously created installations with Jaime Hayon, Phillippe Malouin, Tom Dixon and Raw-Edges. This time, Snarkitecture, a studio helmed by Mustonen, visual artist Daniel Arsham and architect Ben Porto, was tasked with creating a kitchen island – and it responded with a series of four topographical creations called Altered States. “Caesarstone is typically used for kitchen applications, so it’s a material that can take heat and cold very well,” Mustonen, who will also speak at IDS as part of Azure Talks on Friday January 19 at 3 p.m., said. “We stacked it, cut it, and revealed its internal structure.” 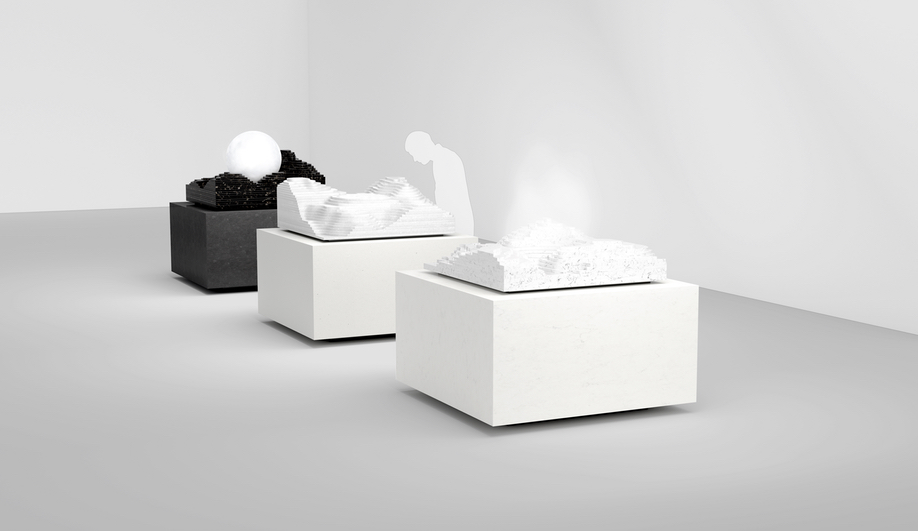 Each island represents water in different states. Ice Island, which resembles a glacier, is made from 37 layers of Caesarstone (Vanilla Noir 5100), and it cradles a sphere of ice. The wave-like Water Island uses 32 layers of Alpine Mist 5100, and Steam Island is constructed using White Attica 5143, and it is designed to emit water vapour.

Ahead of the show, we sat down with Mustonen to find out more about his studio and what’s behind Altered States.

How does the concept of “snark” manifest itself in Snarkitecture’s work?

It’s a reference to the Lewis Carroll poem The Hunting of the Snark. It’s a nonsense poem written for children about this crew of misfits that’s searching the world for this creature called the Snark. They don’t know what it is, or how to find it. Their guide for that journey is a blank piece of paper. It’s an ocean chart that’s just nothing but white.

So when Daniel [Arsham] and I were starting to talk about a collaborative practice, a sustained collaboration between an artist and an architect, we were looking at Carroll’s work – the playfulness, the reinvention, the way he played with language. That continues to be something we think about in relation to architecture.

How do you apply that ethos to a kitchen island, as you do for Altered States?

We don’t really think of ourselves as kitchen designers, not even residential designers. But what we found is that creating a kitchen island actually overlaps with a number of our ongoing interests. An island encourages interaction and engagement, and that fits with some of the larger goals of Snarkitecture: finding ways to make architecture accessible and engaging.

For the kitchen island, we were looking at it from a programmatic standpoint – so this idea about gathering, the idea of entertaining. It’s like a stage within the space of the kitchen. Another aspect we were considering was a more primal understanding of cooking, which was to go back to these elemental conditions of cold and heat, and understand how they alter the states of a material. In this case, water. 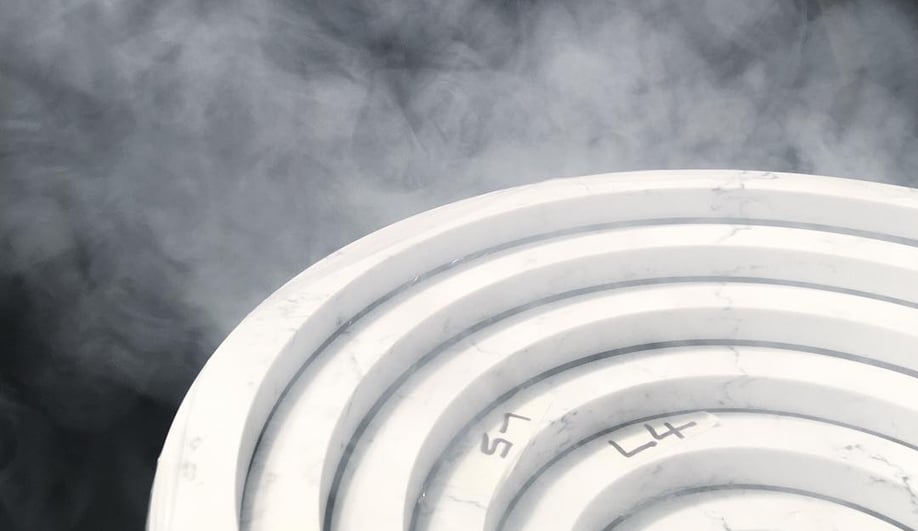 Water is a fundamental component of cooking, our lives and our world. It’s something that can be frozen, and the primary idea of food storage is keeping it cold. It can be evaporated to create steam and heat. So that’s where the concept emerged: there are multiple functions, or programs, for the islands.

People won’t recognize it as a kitchen island. One of the reasons the collaboration has been fruitful was our ability to reimagine how to use surface material in unexpected ways. Ninety-nine per cent of the time Caesarstone is used as a flat surface. So instead of making a sheet, we created a mass, a topography, a landscape. They’re more like sculptural objects that connect to altered states of water. It’s a conceptual connection to the kitchen and cooking.

You’ll be bringing another Caesarstone installation to Milan Design Week later this year. How will it differ from what you’re showcasing at IDS?

Good question. It’s still TBD. The plan is that the installation we’re creating for Toronto will somehow resurface during Milan Design Week. What that’ll exactly look like? You’ll have to go to Milan to find out.