Caesarstone and Raw-Edges Reinvent the Kitchen
Besides this playful concept where cabinetry slides in and out of large openings, the Islands installation at Toronto's Interior Design Show will feature other daring interior ideas. 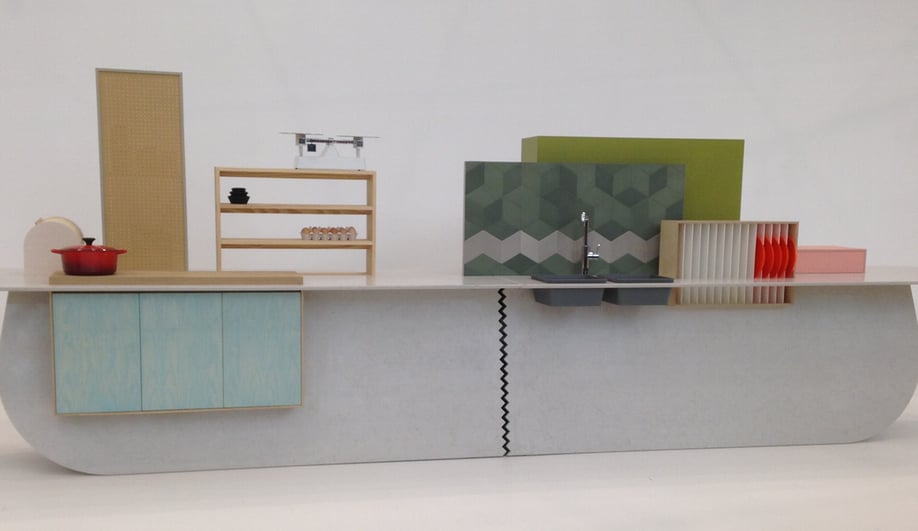 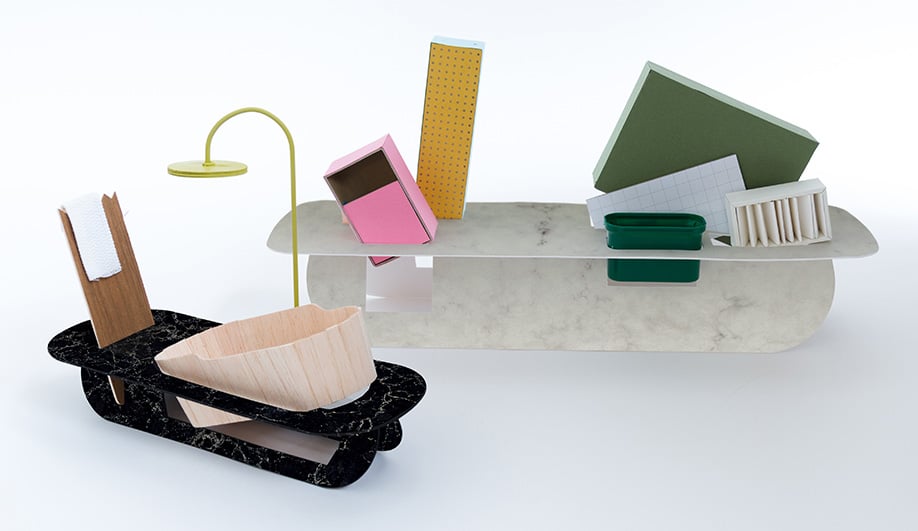 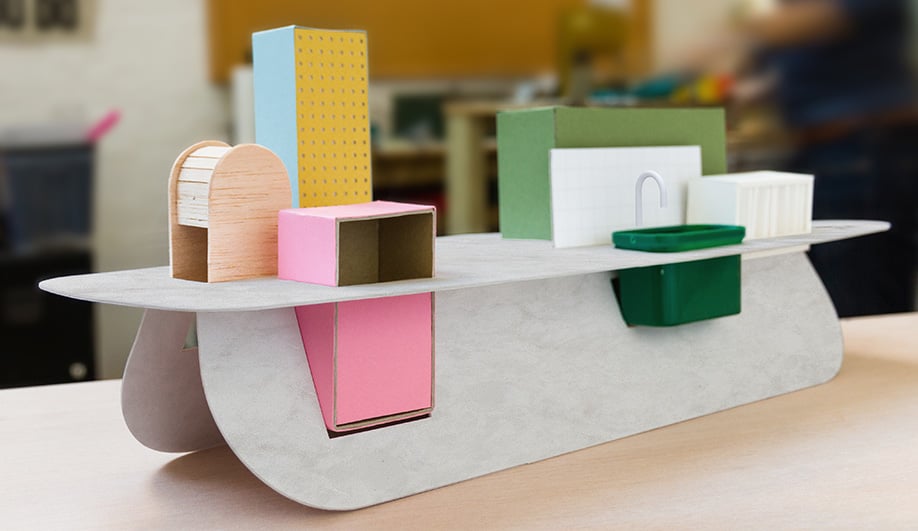 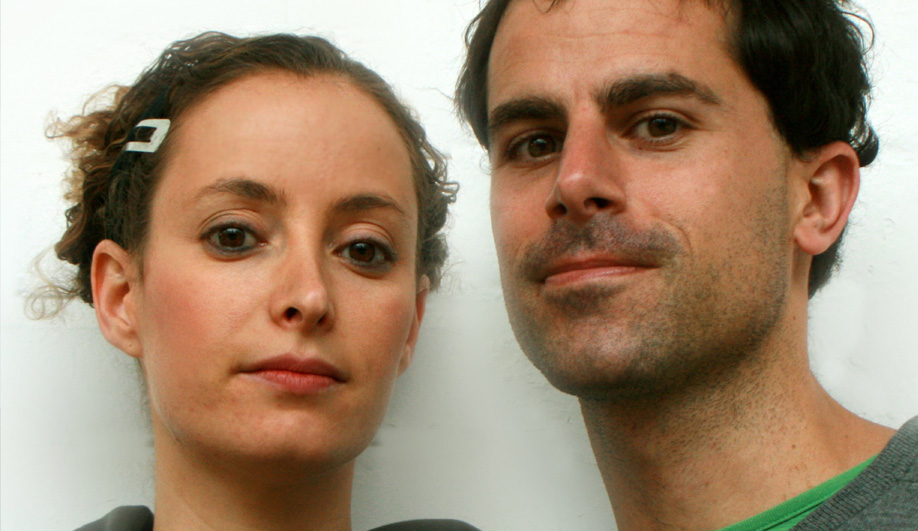 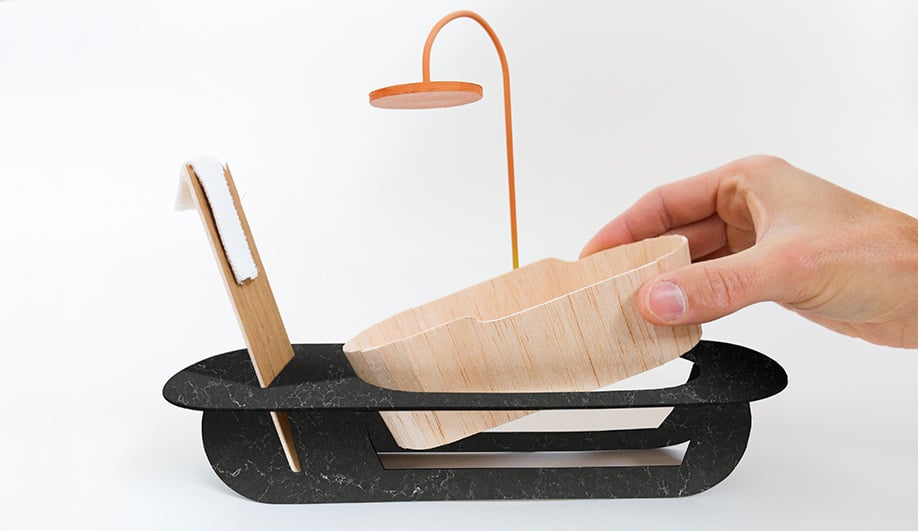 Of the seven eclectic structures, made almost entirely out of Caesarstone, set to premier at IDS this Thursday, one will be used as a Ping Pong table, another will contain a bathtub and shower head. Yet another will function as a kitchen, but without the usual built-in set of doors and drawers. Instead, large voids cut into the quartz will be filled with cabinets, a kitchen sink and cutting boards, each inserted through a matching slot. Like in a giant piece of Swiss cheese, the holes vary in size and shape.

Called Islands, the installation represents a collaboration between Raw-Edges and the engineered-stone manufacturer Caesarstone, which invited the London studio’s designers – Yael Mer and Shay Alkalay – to explore the possibilities of its surfacing.

Since forming in 2006, Raw Edges has worked with top international brands, including Moroso, Kvadrat, Stella McCartney and Italian tile company Mutina. While it has remained small, with only a few additional staff members helping out during busy periods, the studio is in demand. It has at least a half-dozen projects underway.

According to Alkalay, who dropped by Azure’s office last December to show us the Islands models, working with quartz wasn’t a natural fit at first. “It’s a flat material,” he says, “so we had to figure out how to make it more organic.” After a tour of the Caesarstone facilities in Israel, the duo started sketching out some ideas. “We also looked at what is going on with kitchens, and there are a lot of similarities among them – really big clean areas and slick cabinetry. You really can’t identify where the fridge is anymore.”

This lack of variety spurred the idea of making the rooms in a house, such as the kitchen, a lot more fun, colourful, and potentially messy, with accessories and appliances a visible part of the design. Each of the monolithic Islands fits together like a puzzle, the corners are softly rounded like bars of soap, and the vibrant palette includes white, green, pink and orange.

Toronto is getting the first look at Islands. After its IDS debut, it will be remounted in Milan during Salone del Mobile in April.