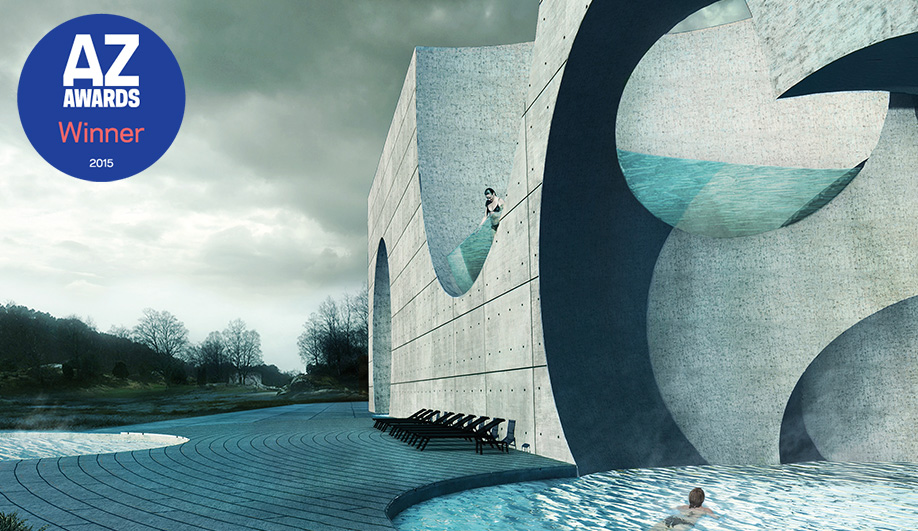 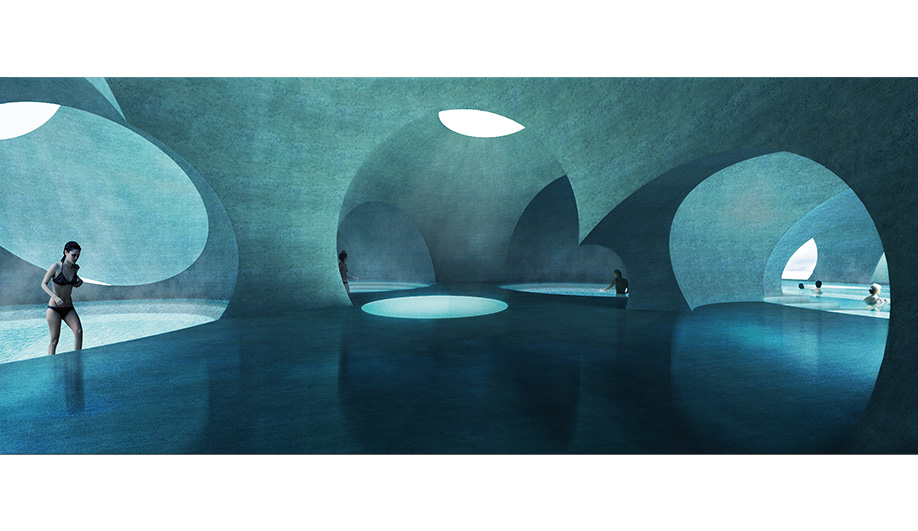 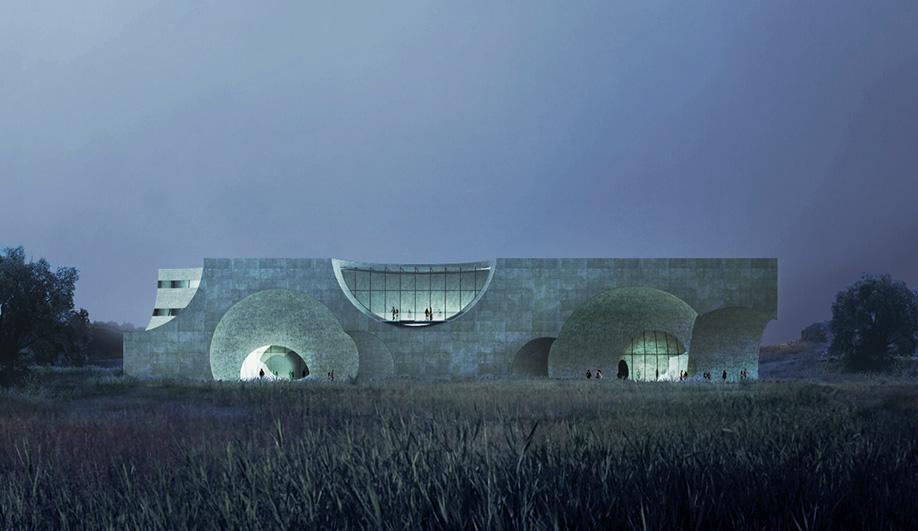 Inspired by the domes that cap the majestic Roman baths, this masterful vision for a thermal spa bridges past and future – an aim that goes hand in hand with the project’s site. Liepāja, perched between the Baltic Sea and a lake in western Latvia, is known as “the city where the wind is born.” When excavations uncovered thermal springs with high levels of wellness-inducing minerals and salts, the bustling city hosted a competition for a pool park that would revive its nature-worshipping past.

American architect Steven Christensen accepted the challenge of taking the dome form to unprecedented heights. Once a jewel of Renaissance architecture, domes developed fascist overtones in the 20th century, and no amount of postmodern lightheartedness could rehabilitate them back into fashion. In Christensen’s vision for the public baths, a proliferation of domes democratizes the architectural element and diffuses its symbolic power, transforming it into a whimsical motif.

Recalling a block of Swiss cheese, the horizontal volume is carved into a series of spheres. At the building’s core, there are no vertical or horizontal lines; all of the curving surfaces merge to form a modern twist on the grotto. On four floors, Christensen has imagined hotel rooms hugging the periphery, while spa amenities take precedence. The first level alone features three types of Roman baths (a frigidarium, a tepidarium and a caldarium), as well as a children’s pool. The pièce de résistance is the third-floor outdoor pool, suspended in a hemisphere with a glassed-in view of the surroundings. This antechamber embodies the entire plan’s visionary audacity.

About the architect: Steven Christensen worked with architect Preston Scott Cohen and at CORE in Washington, D.C., before starting his own firm in Santa Monica, California. With an interest in how design can be experienced on multiple intellectual and perceptual levels, he has designed paradigm-shifting projects, including the multi-planar Heptagon House on the Oregon coast. Team: Steven Christensen with Cori Gunderson, Ingrid Lao and Devon Montminy

What the jury said: “Everyone on the jury was enraptured by what one could experience swimming in this complex. The light conditions alone are absolutely stunning.” – Brendan MacFarlane