5 Colourful Summer Installations
These colourful summer installations - which include elements of the International Garden Festival in Quebec, and a new pavilion by Brooks + Scarpa - are enlivening garden festivals and public spaces around the world. 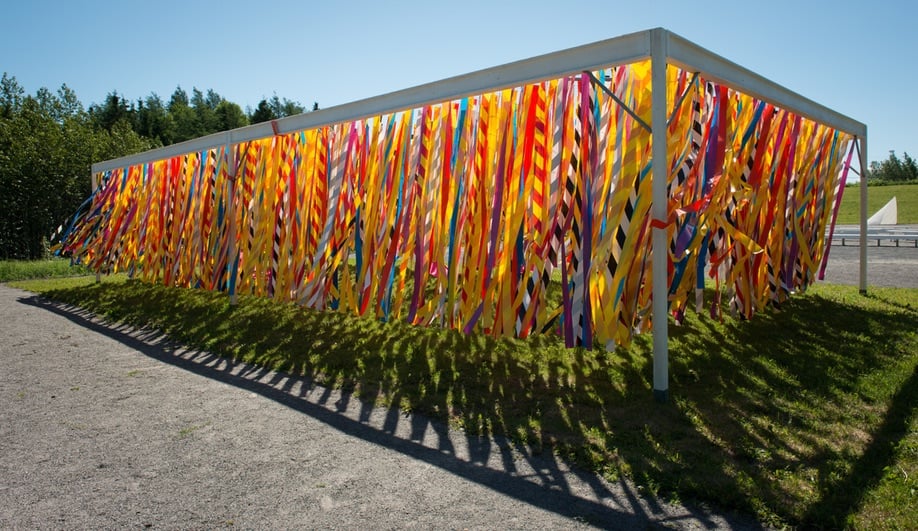 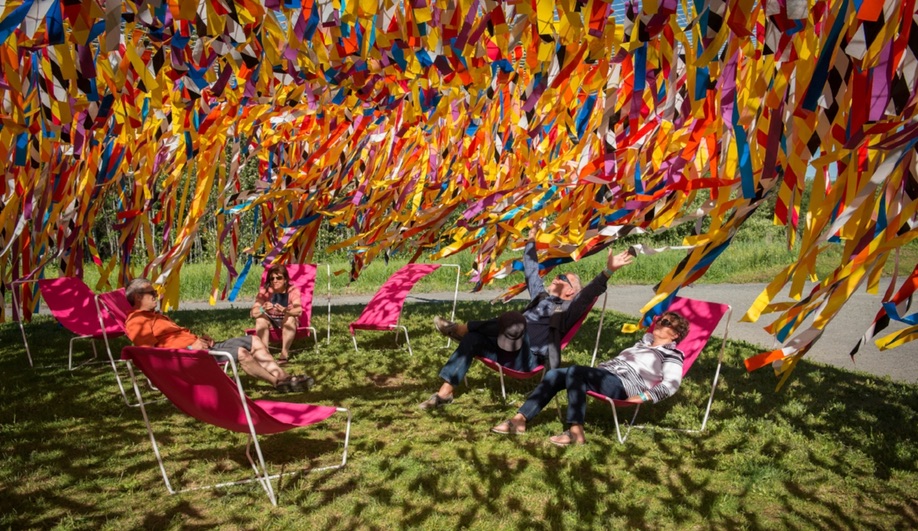 1 Vertical Line Garden by Julia Jamrozik and Coryn Kempster
This Canadian design duo spent time working with Herzog & de Meuron before returning to home soil. In 2014 they first installed their Line Garden as part of the International Garden Festival, in Grand-Métis, Québec, and over the past three summers the piece has evolved, this year relaunching as a vertical canopy full of colour and pattern. 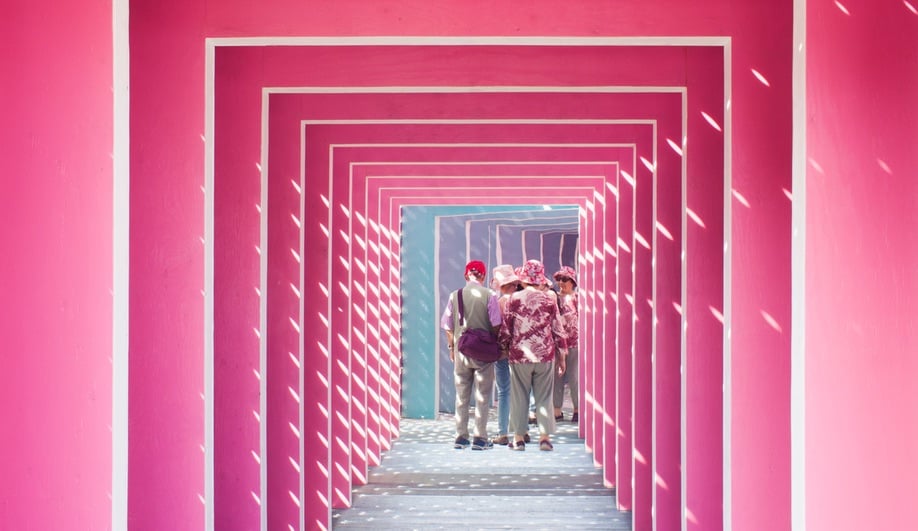 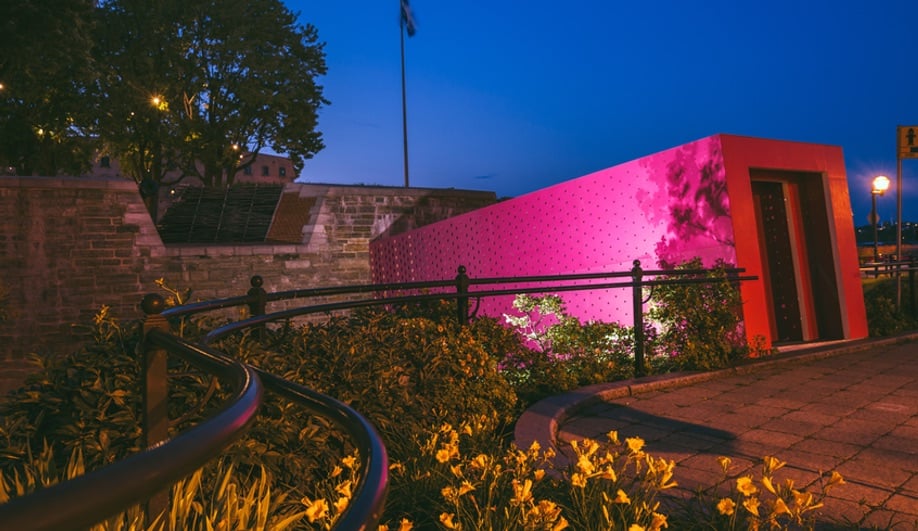 2 Imposteur by Les malcommodes
The fourth edition of Passages Insolites (Unusual Passages) has brought to Quebec City a collection of nine playful and intriguing installations that explore the concept of passage. Among the works by visual artists and architecture collectives is this bright pink throughway that cuts a new path across the “moat” and through the 17th-century royal battery at the edge of the St. Lawrence River. 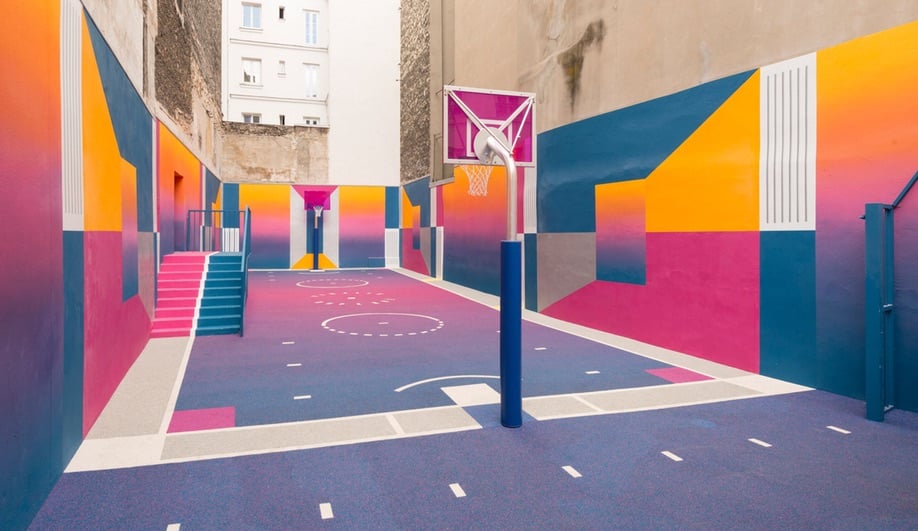 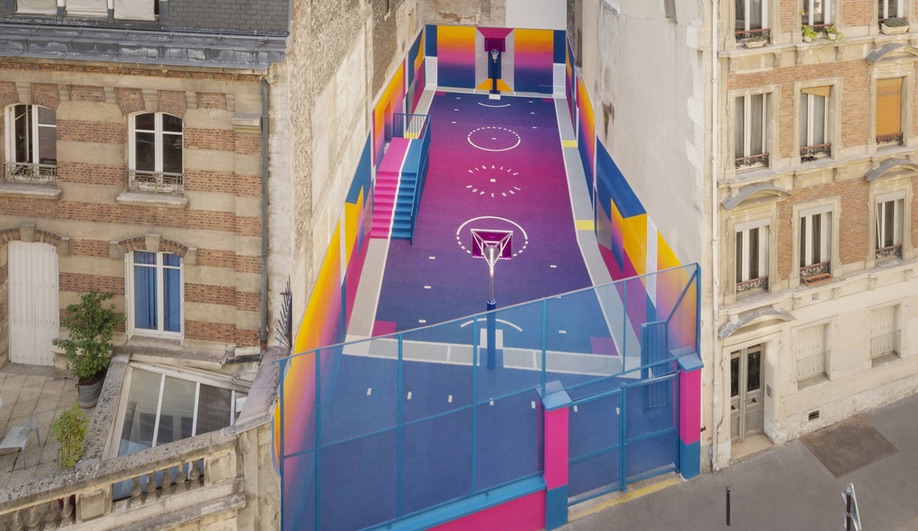 3 Pigalle Duperré by Ill-Studio and fashion label Pigalle
French art direction platform Ill-Studio and fashion label Pigalle teamed up with Nike to bring new life to this awkward urban space. They transformed the oddly shaped lot, crammed amidst a row of buildings in the 9th arrondissement of Paris, into a rubber-floored basketball court in a vivid palette of pinks, blues and oranges. 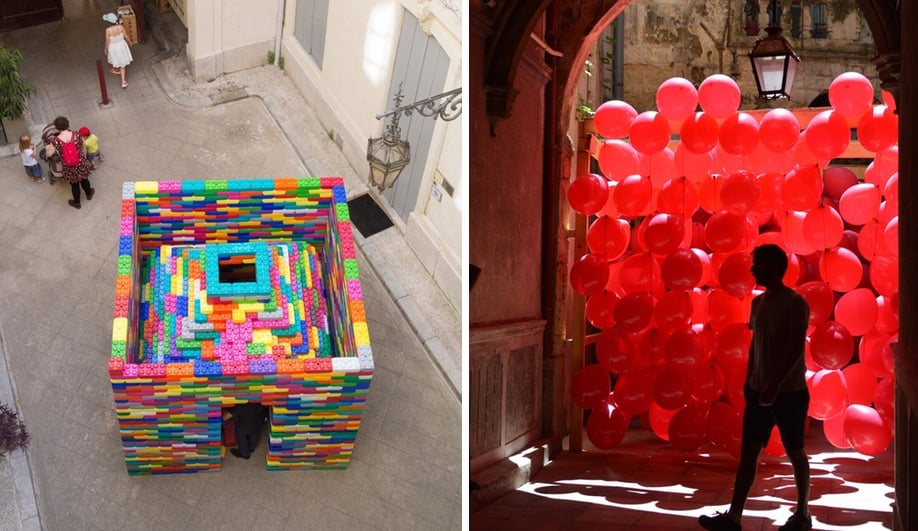 4 The Festival des Architectures Vives, in Montpellier, France
This annual festival inserts new works from young architects into the historic courtyards of Montpellier’s private hotels, giving the public a chance to explore the city’s hidden architectural gems, as well as new talent. Among 12 works on show this past June was La Madeleine, a three-metre-square structure that Atelier Micromega built from 2,500 colourful plastics bricks, and Lucía Martínez and Raquel Durán’s Immersion, which filled a space with 500 cherry red balloons. 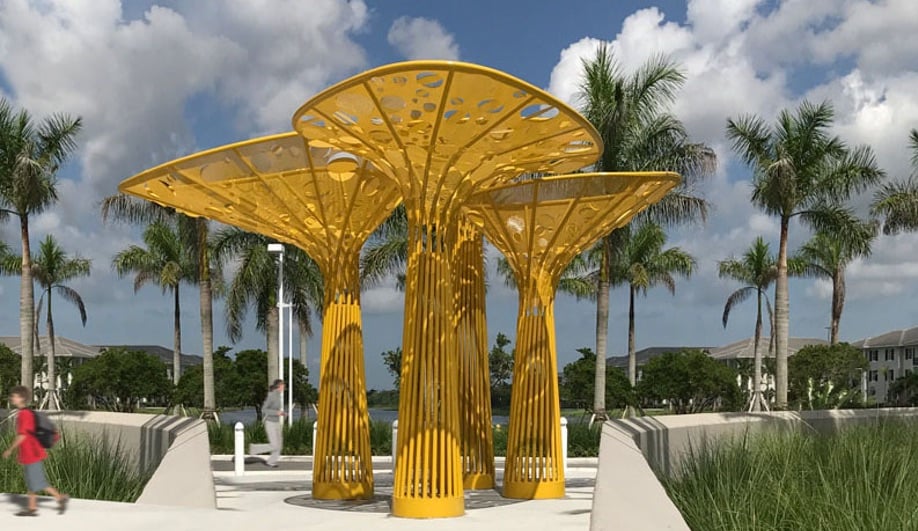 5 Pembroke Pine Pavilion by Brooks + Scarpa Architects
This sunny yellow sculpture complements its palm tree neighbours at a new public plaza in southern Florida. The permanent art installation marks the entrance to the new Pembroke Pines Civic Center and City Hall, a complex that incorporates a performing arts hall and art gallery. It also offers shade in the day time and is lit up with a programmable LED system at night.
SHARE
Twitter, Facebook, LinkedIn, Pinterest, Email
TAGS
Architecture, Installation, Landscape,
We rely on advertising revenue to support the creative content on our site. Please consider whitelisting our site in your settings, or pausing your adblocker while stopping by.