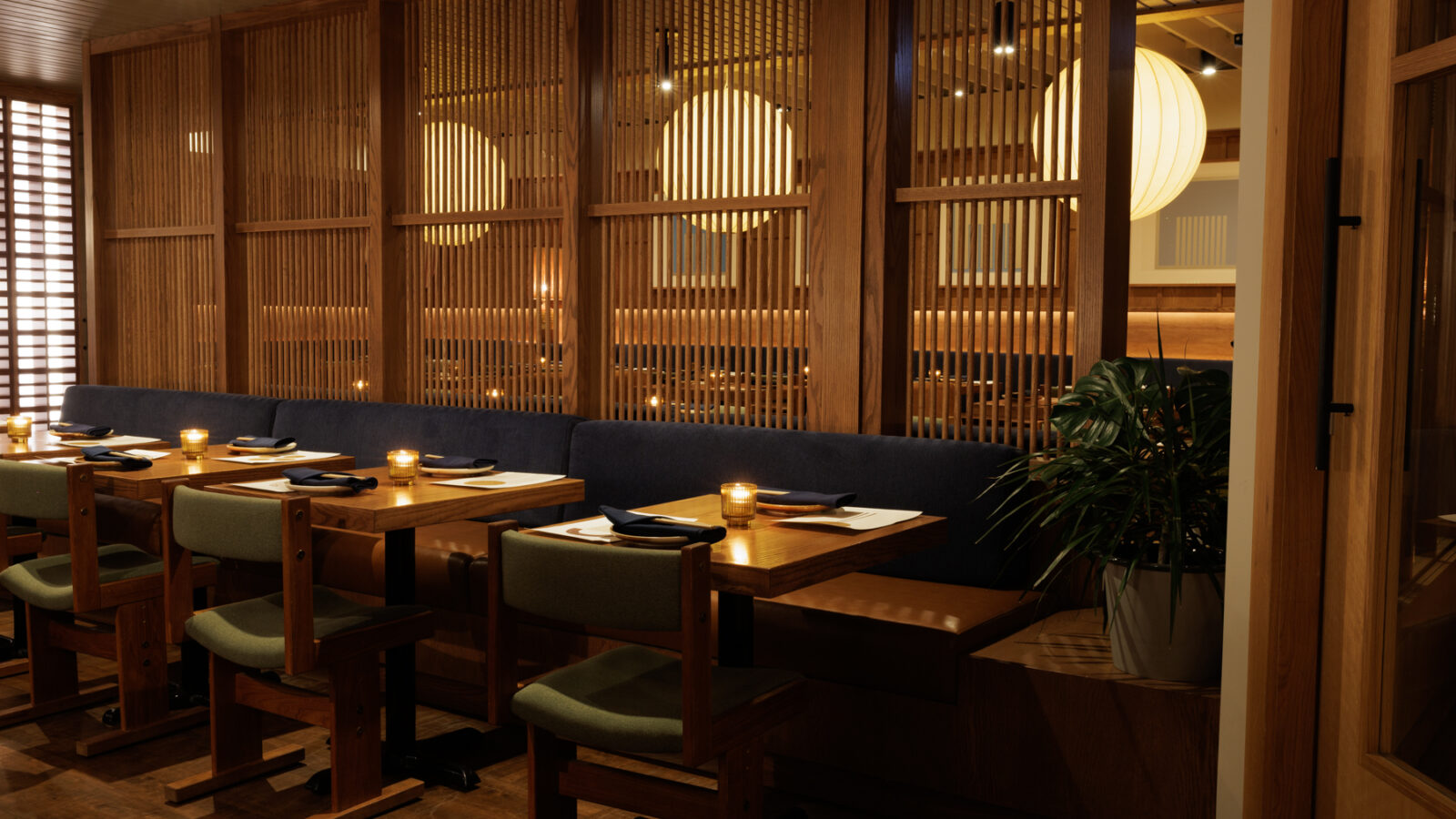 Calgary’s Lonely Mouth restaurant borrows its name from the Japanese concept kuchisabishii, which refers to eating not to satisfy hunger but because “your mouth is lonely.” This ethos is central to the restaurant and bar, which celebrates modern Japanese fare, and to FRANK Architecture & Interiors’s design for the space, which allows diners to experience the menu — and the ambiance — to its fullest. 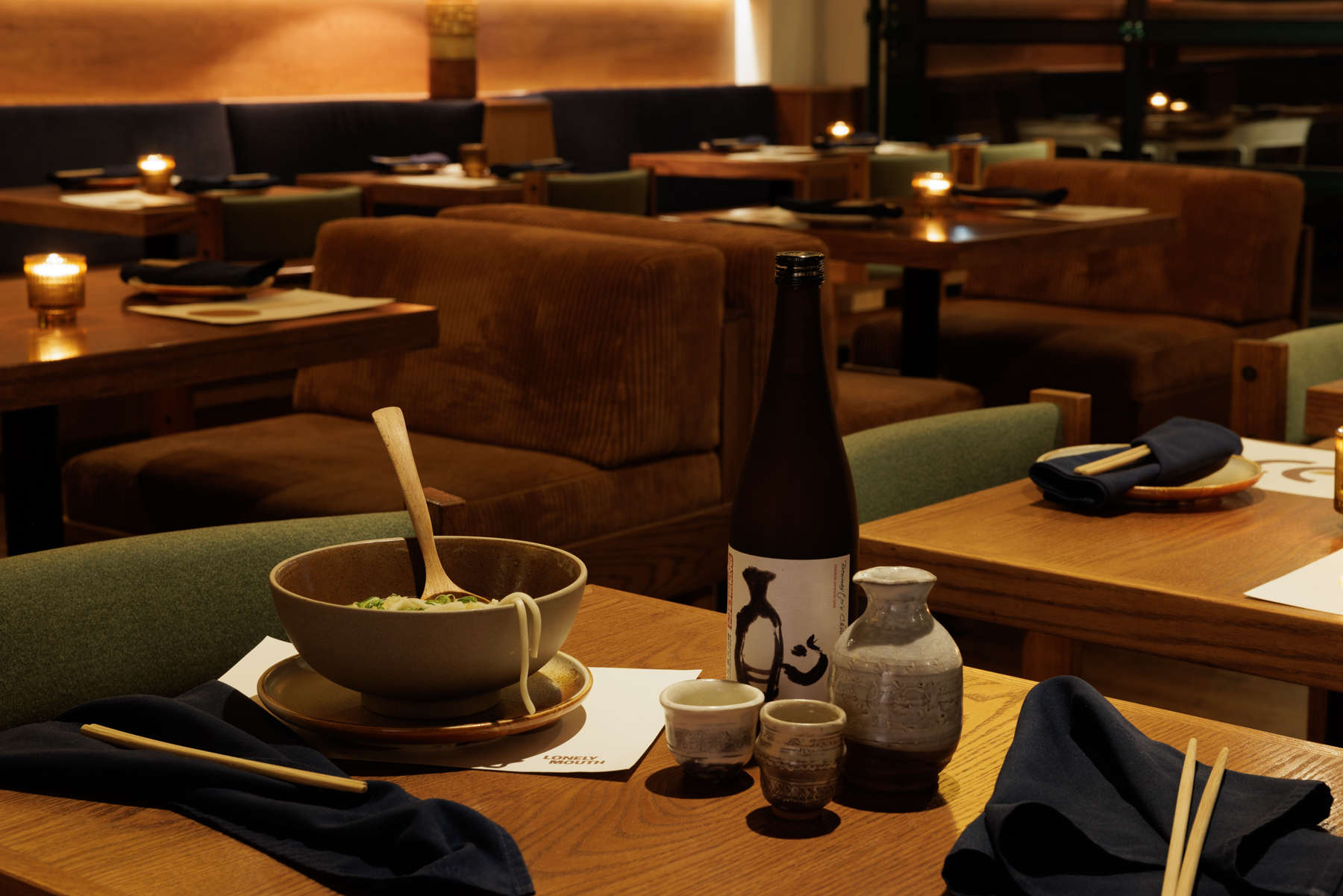 The firm took a less-is-more approach to designing the restaurant’s interiors — but Lonely Mouth’s interiors are anything but cold. With its plethora of textures, muted colours and ambient lighting, the space is a warm, contemporary spin on Japanese minimalism. 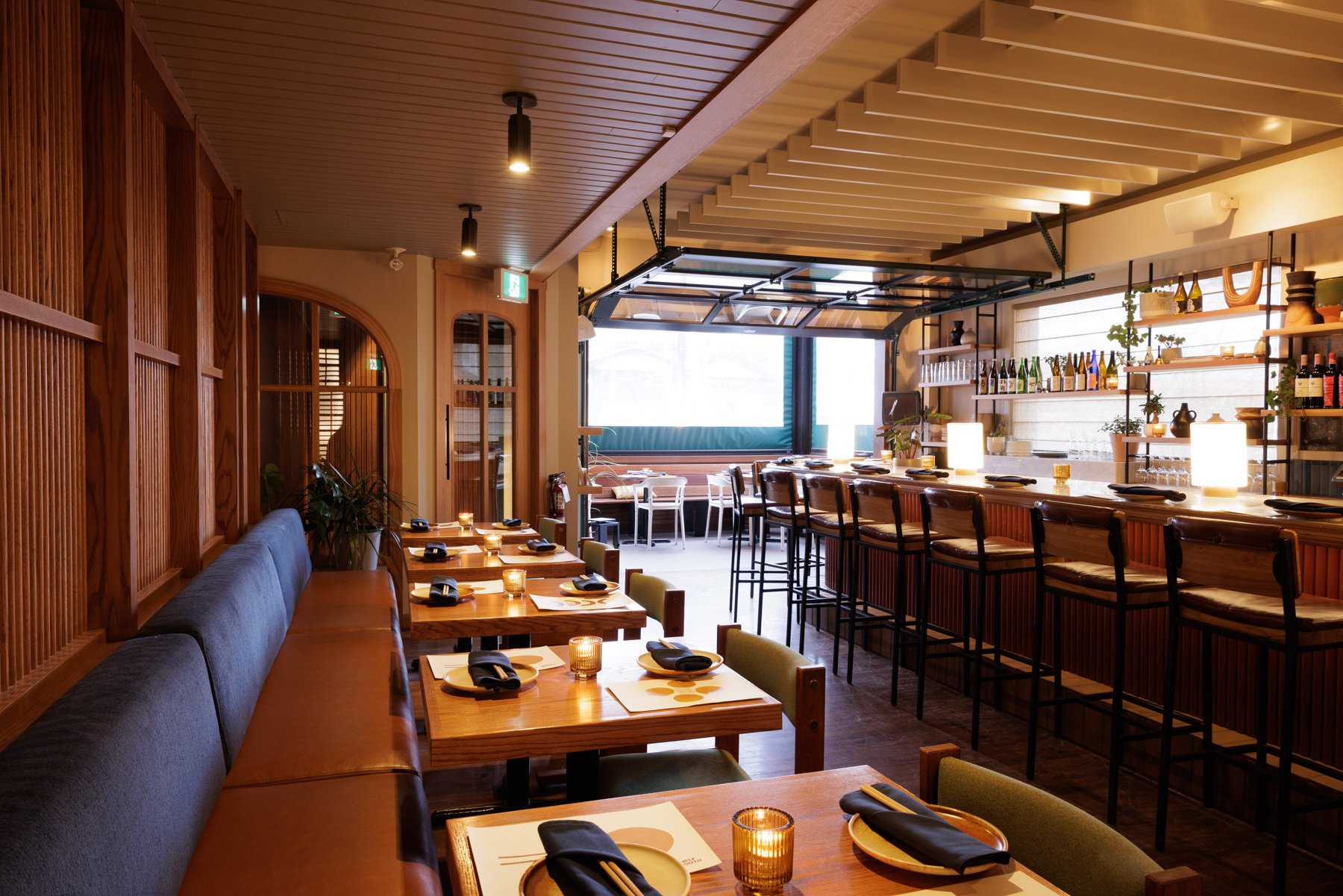 Located on a commercial strip in Calgary (not far from FRANK’s studio space), the restaurant is a calm oasis in the city. Its curated use of colour — a restrained palette of earthy greens and browns — is brought to life with a rich diversity of textures. The designers mixed velvet corduroy with raked plaster, warm woods and accents of greenery throughout the space, creating an inviting atmosphere that would allow guests to feel at home. 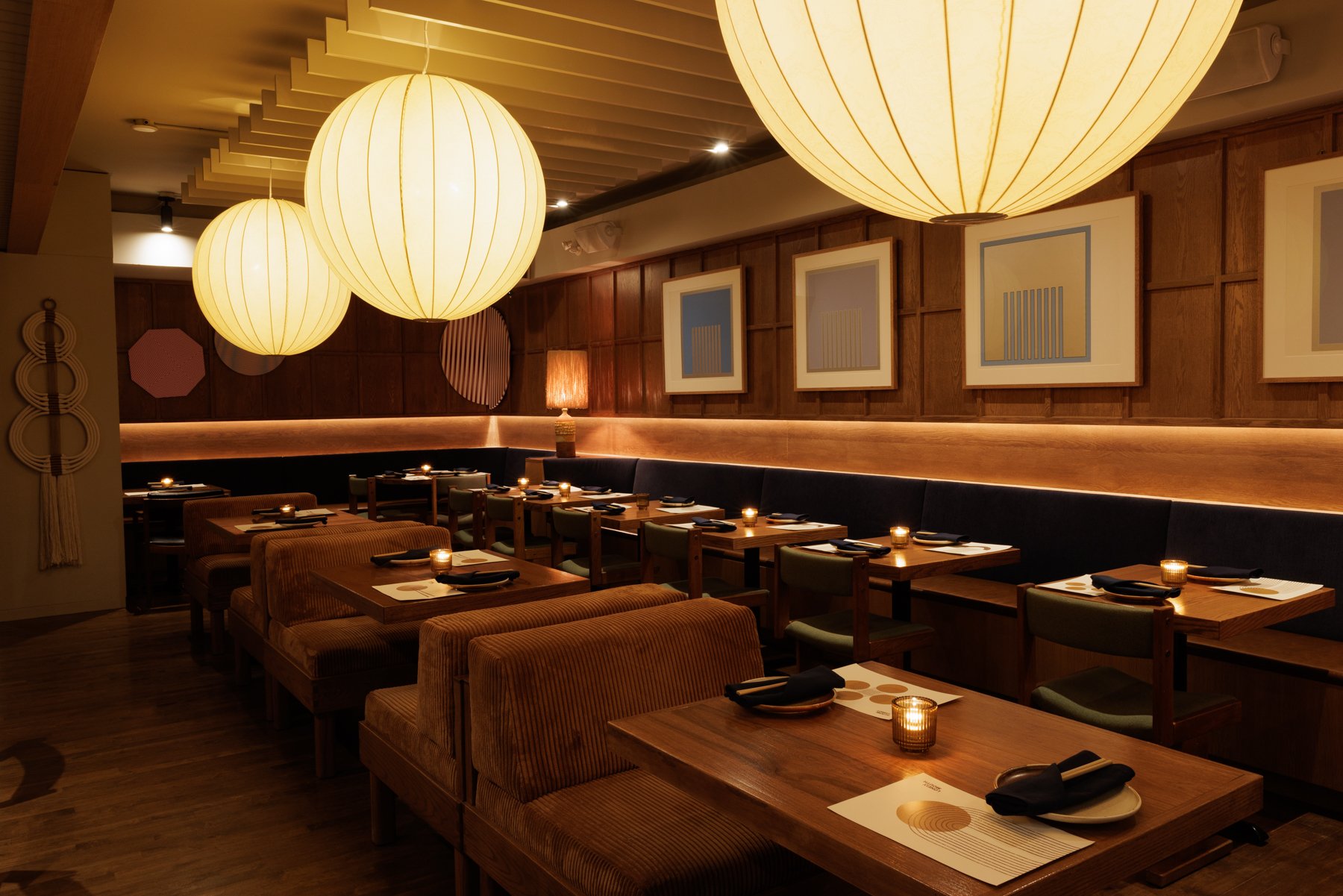 The lighting scheme is seemingly subtle, yet decidedly impactful: Three spherical paper lanterns float in the centre of the dining room, illuminating the space with a dim glow, alongside perimeter spotlights, fringed table lamps and candles. It’s a warm and cozy mood-setting strategy that invites diners to settle in and stay awhile. 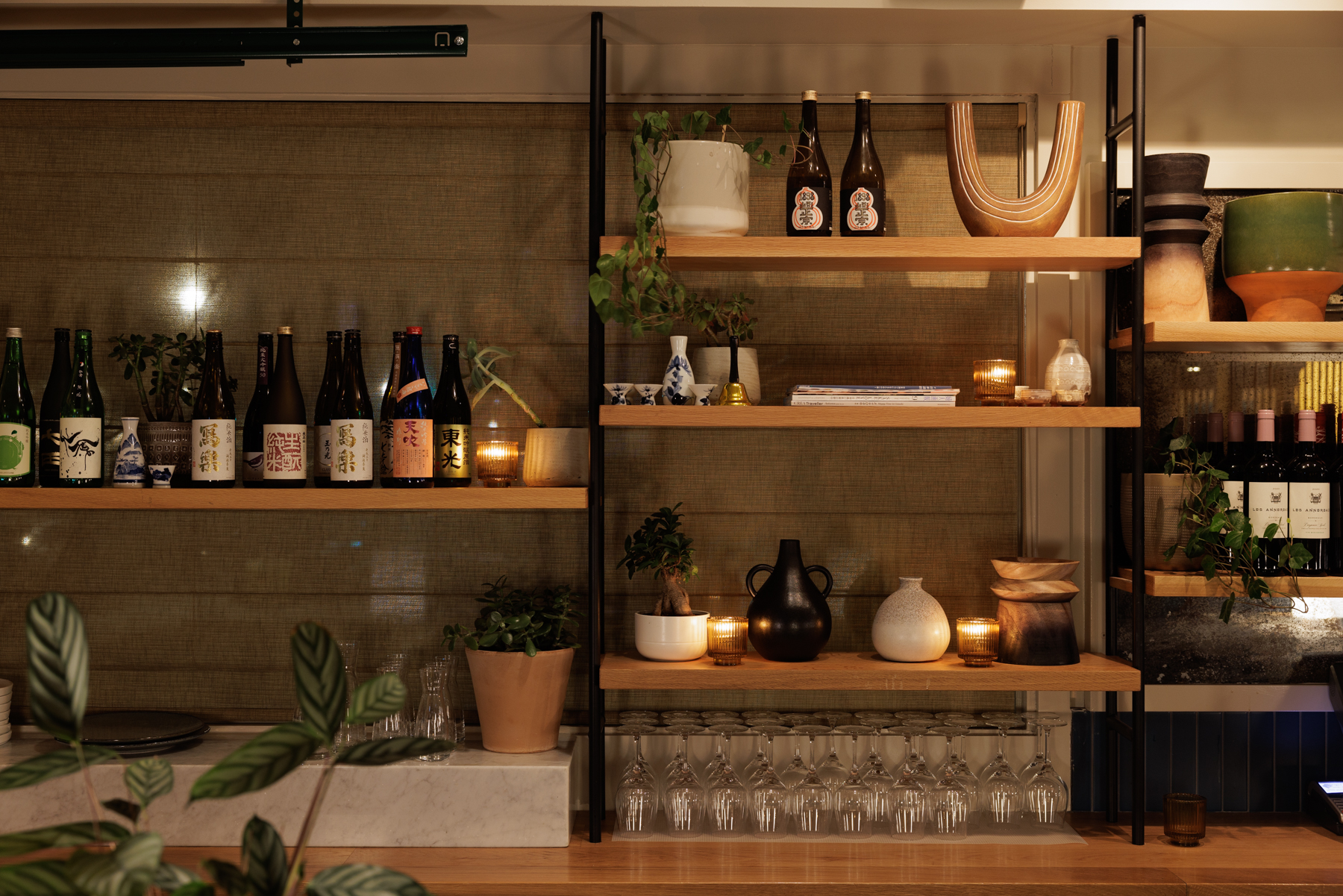 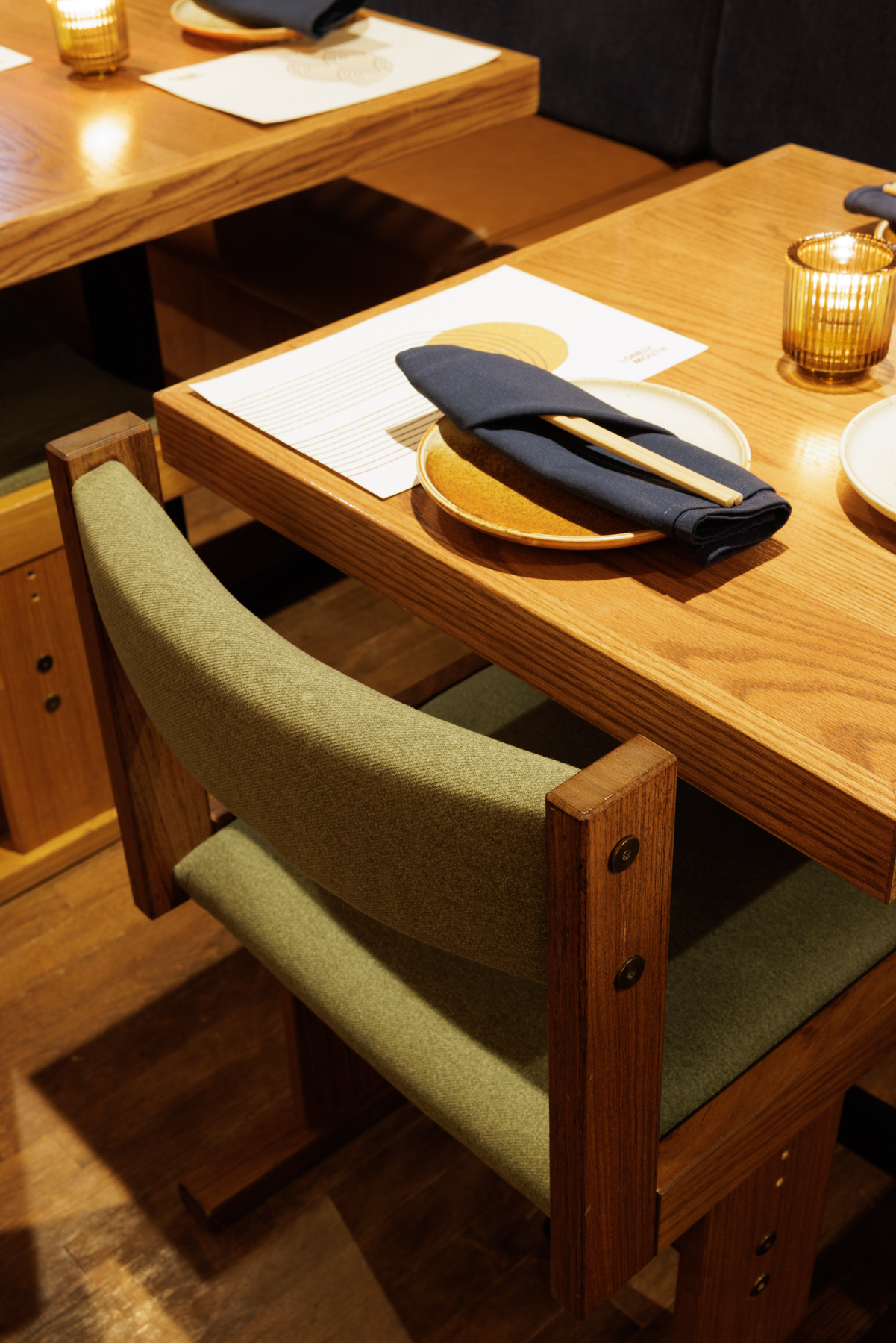 To add to the design’s comforting ambiance, the designers also integrated upcycled elements and repurposed pieces. The dining chairs are all vintage and were reupholstered in green to fit into Lonely Mouth’s colour palette. Similarly, the eclectic bar shelves that display the restaurant’s extensive sake collection were created from wood salvaged from the renovation itself. 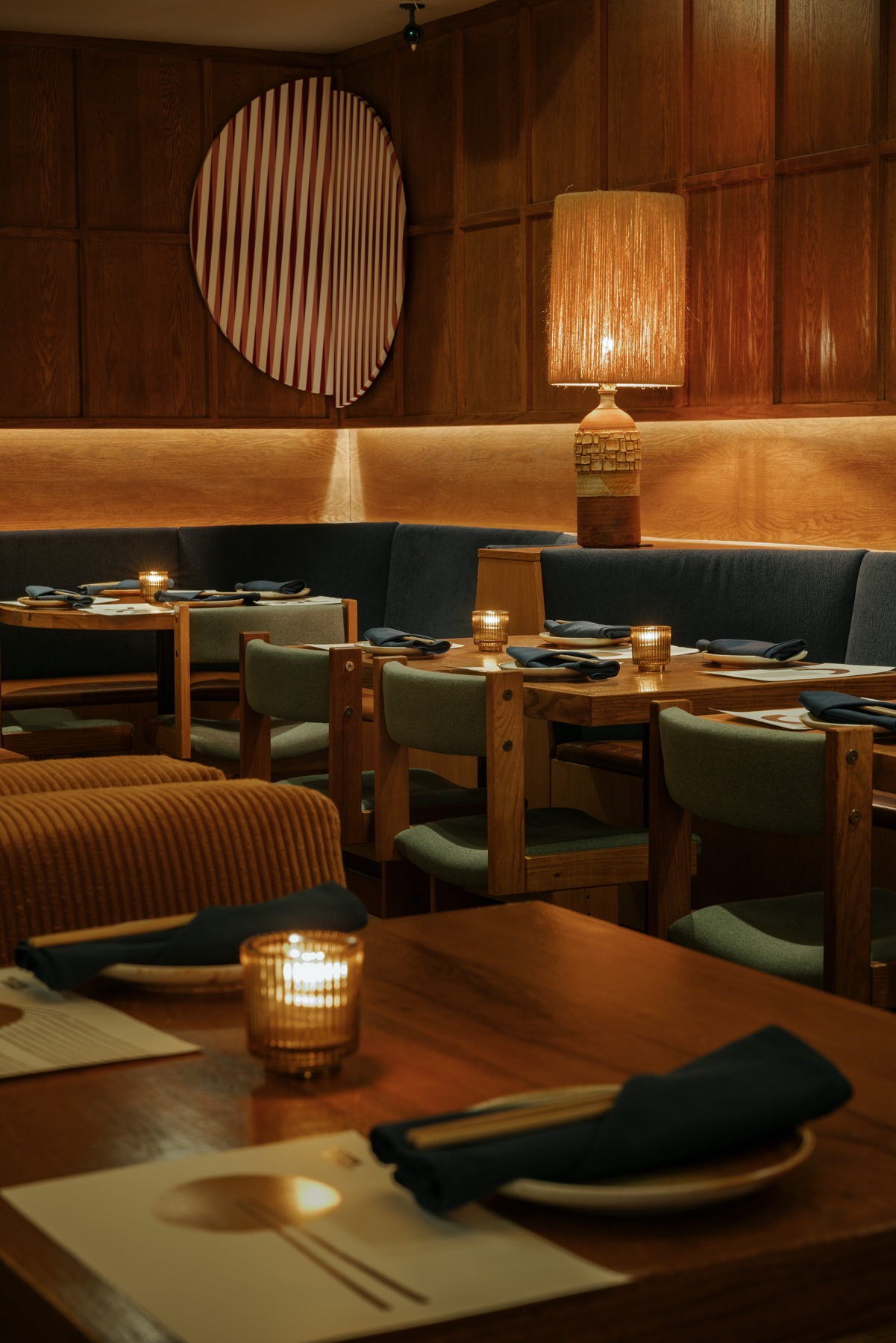 The focus on materials, textures and lighting gives the space a nuanced ambiance without overburdening the space, allowing the food to take the leading role. Central to this experience is watching the restaurant’s in-house noodle maker at work at the bar, which is visible from the dining room through a wood dowel screen. Even the art on the walls spotlights the modern Japanese fare on the menu — alongside works by Calgarians Harry Kiyooka and Rhys Douglas Farrell hangs a textural, noodle-esque fibre art piece. 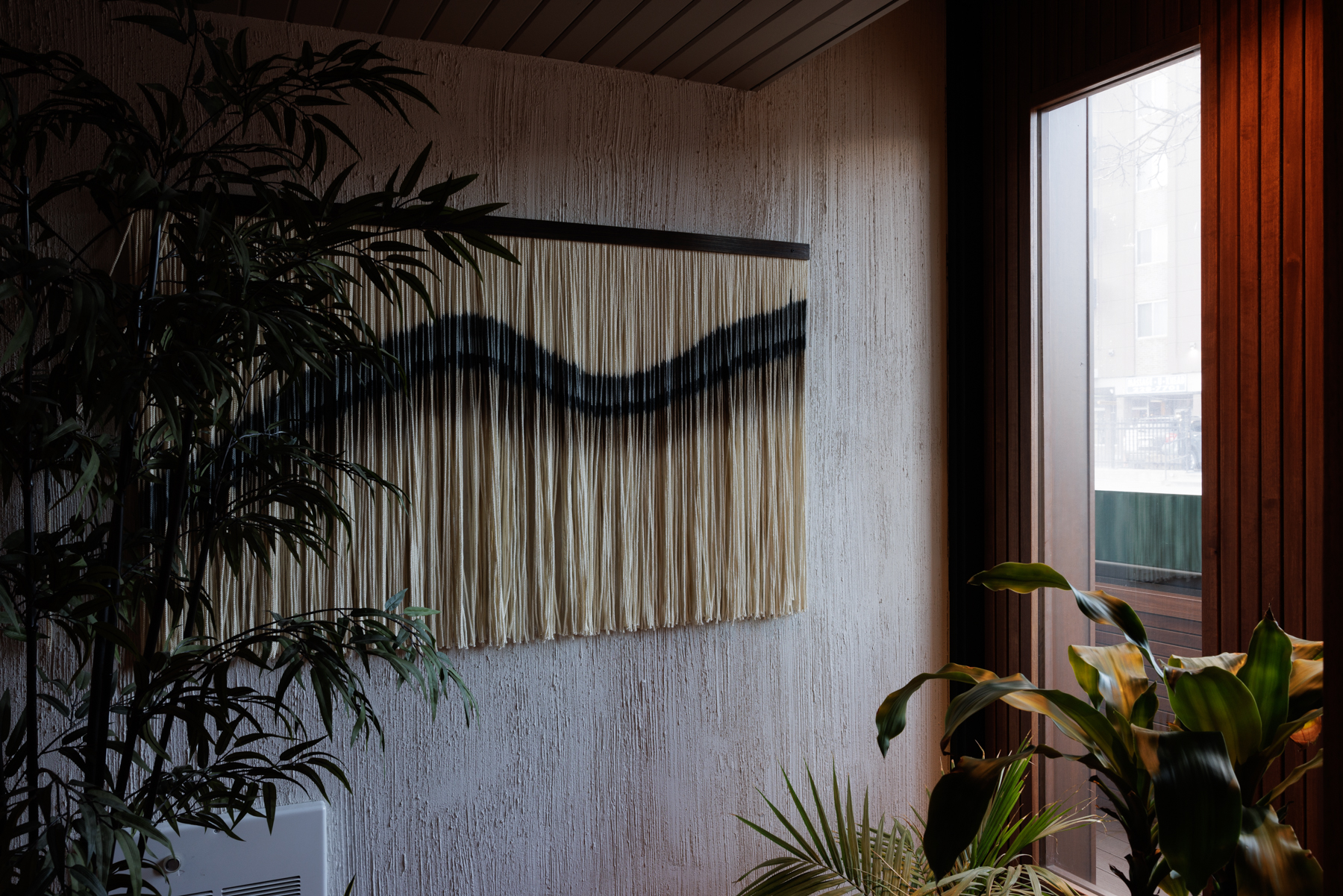 Full of details that add nuance to and enliven the minimalist treatment of the space, Lonely Mouth’s interiors keep the focus on the main event — the food — while also providing a feast for the eyes.