A Crowd-Funded Currywurst in Vancouver
Bestie, a spruce-clad eatery in Chinatown designed by Scott & Scott Architects, opens with the help of friends and strangers. 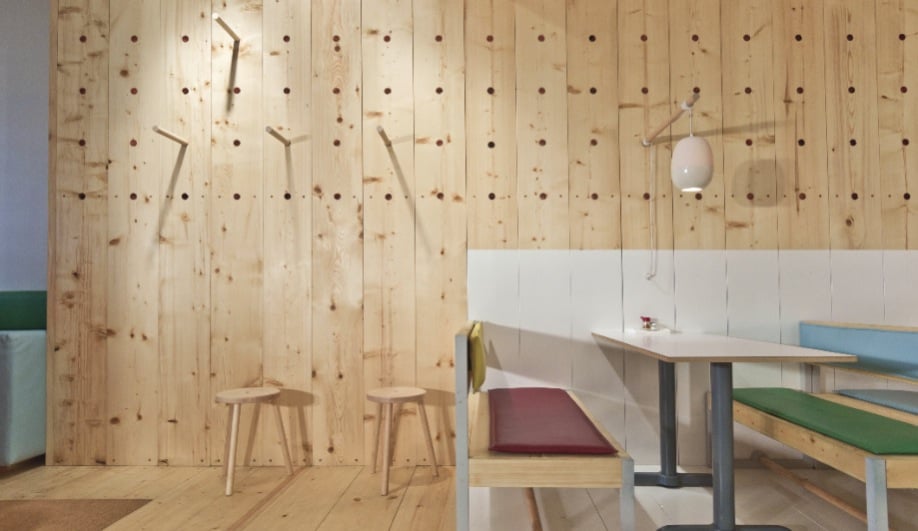 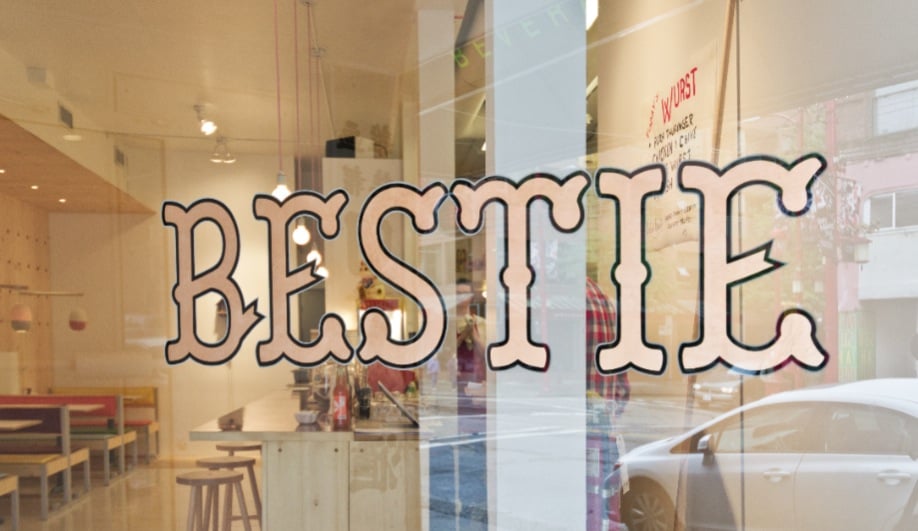 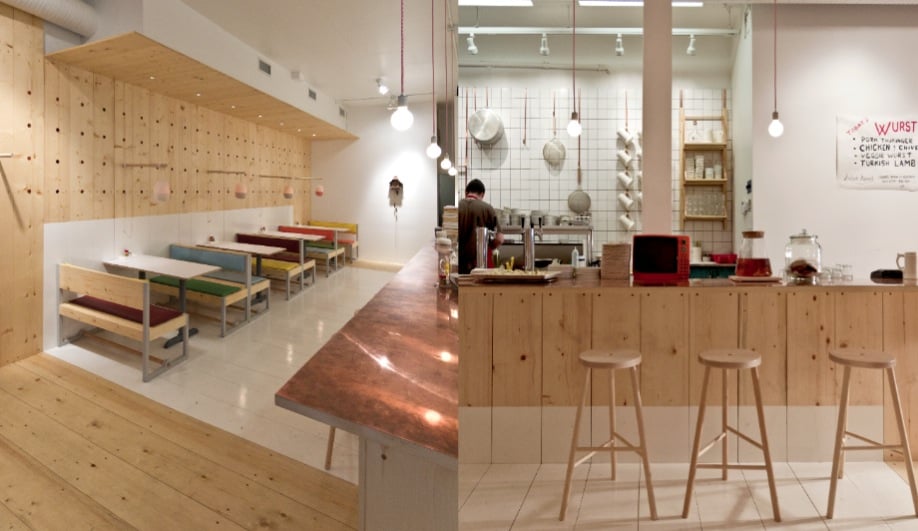 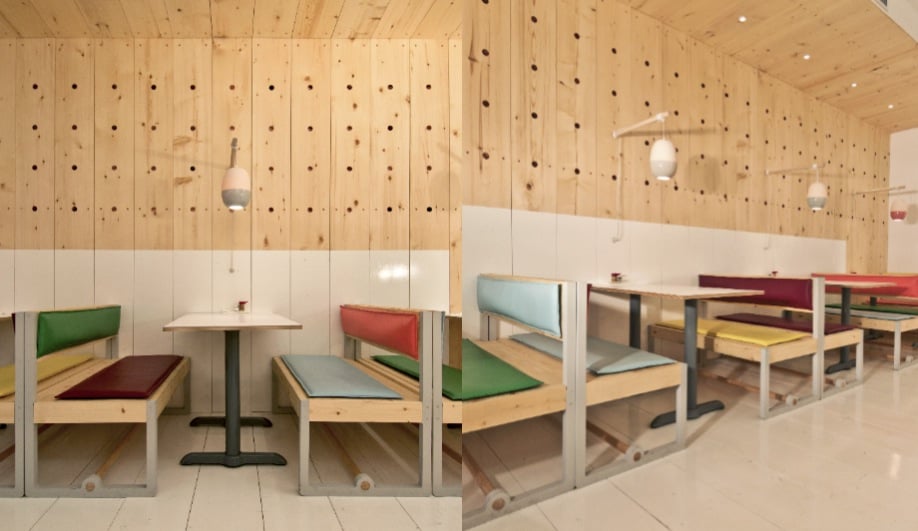 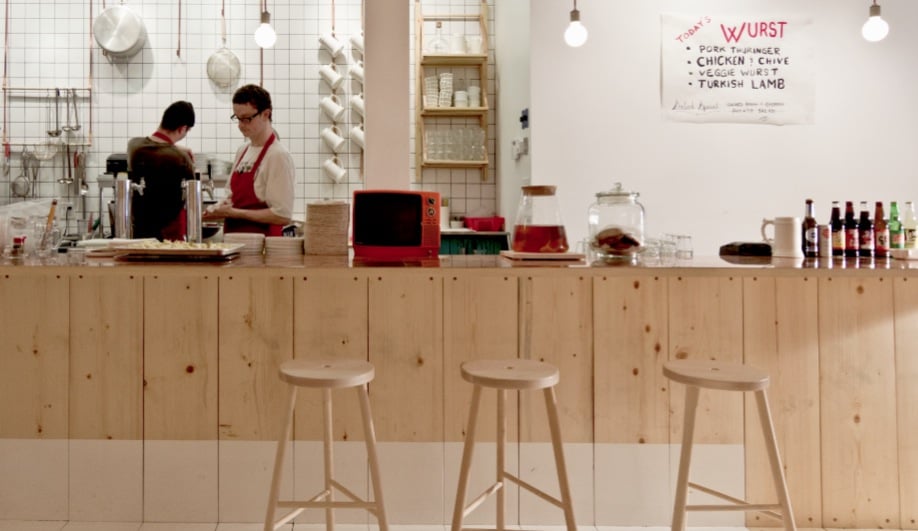 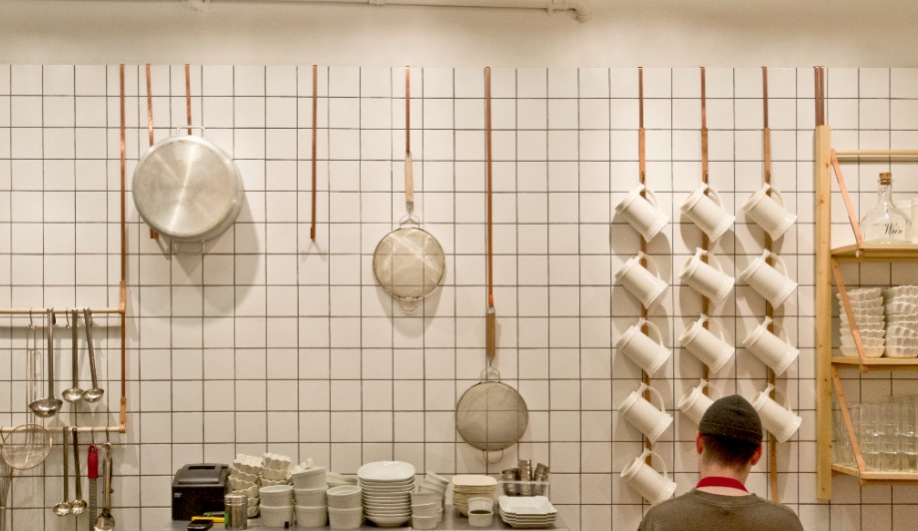 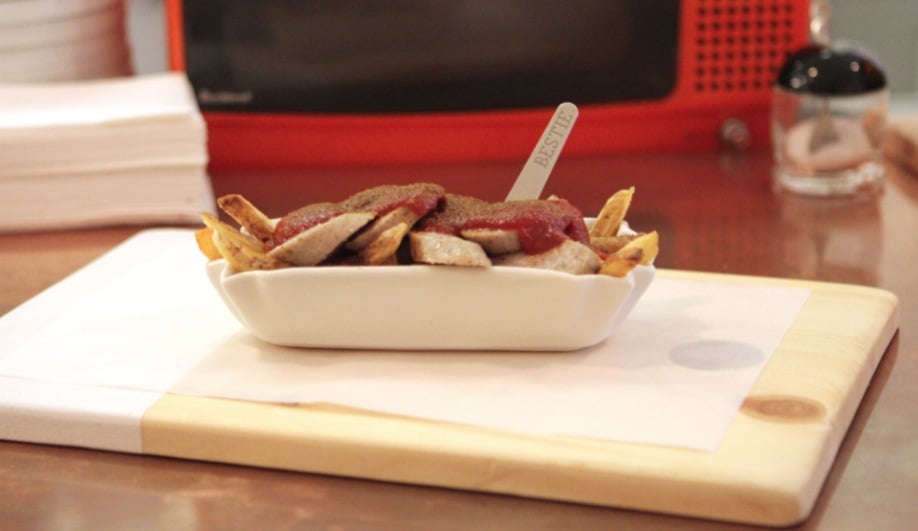 Bestie began as an idea on the crowd-funding platform Indiegogo. The brains behind the German sausage and beer parlour, Clinton McDougall and Dane Brown, met while working at an East Vancouver design studio. It was an ideal pairing: McDougall has a background in hospitality and restaurant management while Brown co-founded WorkSpace, a temporary office hub for entrepreneurs. Both have also lived and worked in Chinatown, so the east-end neighbourhood was familiar to them.

Last year, the pair launched the online campaign for Bestie with a modest goal of raising $10,000 in order to cover such costs as outfitting their late-night takeout window and purchasing the kitchen equipment and beer steins. In exchange for a donation, the owners offered Magic Sausage Cards in denominations from $25 to $1,000, promising sausage lovers everything from “Internet shoutouts” and a “Sausage Lover pinback button” to private tastings. By the end of 2012, they exceeded their target by raising $15,730. Six months later, they opened for business.

“We were going for a ‘Bauhaus meets Alpine House feel’,” jokes Brown, describing the spruce-clad space, measuring 70 square metres, designed by local firm Scott & Scott Architects. The retro colours of 1974 Volkswagens inspired the muted shades of vinyl cushions on the CNC-cut plywood and spruce benches, while the lights above each table are made by ceramicist Zoe Garred of Vancouver’s Fleet Objects. Both the benches and tables are unanchored, making it easy to move them around to accommodate film screenings and communal dinners.

More than one hundred holes dot the main wood wall, where moveable pegs support art, design objects, stools, lights, coats, umbrellas and the German newspaper Der Spiegel. Other themed knickknacks include an authentic Black Forest cuckoo clock, a 1960s orange-plastic TV on the bar, and a vintage pretzel machine. During the renovation, the architects uncovered old signage in Chinese calligraphy and kept it as part of the restaurant’s facade.

The tiny open kitchen – fitted with custom copper hooks and leather, brass and wood shelving for storing cookware, dishware and cutlery – is located behind the seven-metre bar, topped with untreated copper sheeting. It serves up fare inspired by German street food, specifically currywurst, which Germans created with the curry powder left behind by British soldiers in the Second World War. The meat is locally sourced and the produce grown in downtown Vancouver’s urban farms. British Columbia craft beers are on tap, as are one red wine and one white. A variety of unique German bottled beers and a selection of schnapps round out the offerings.