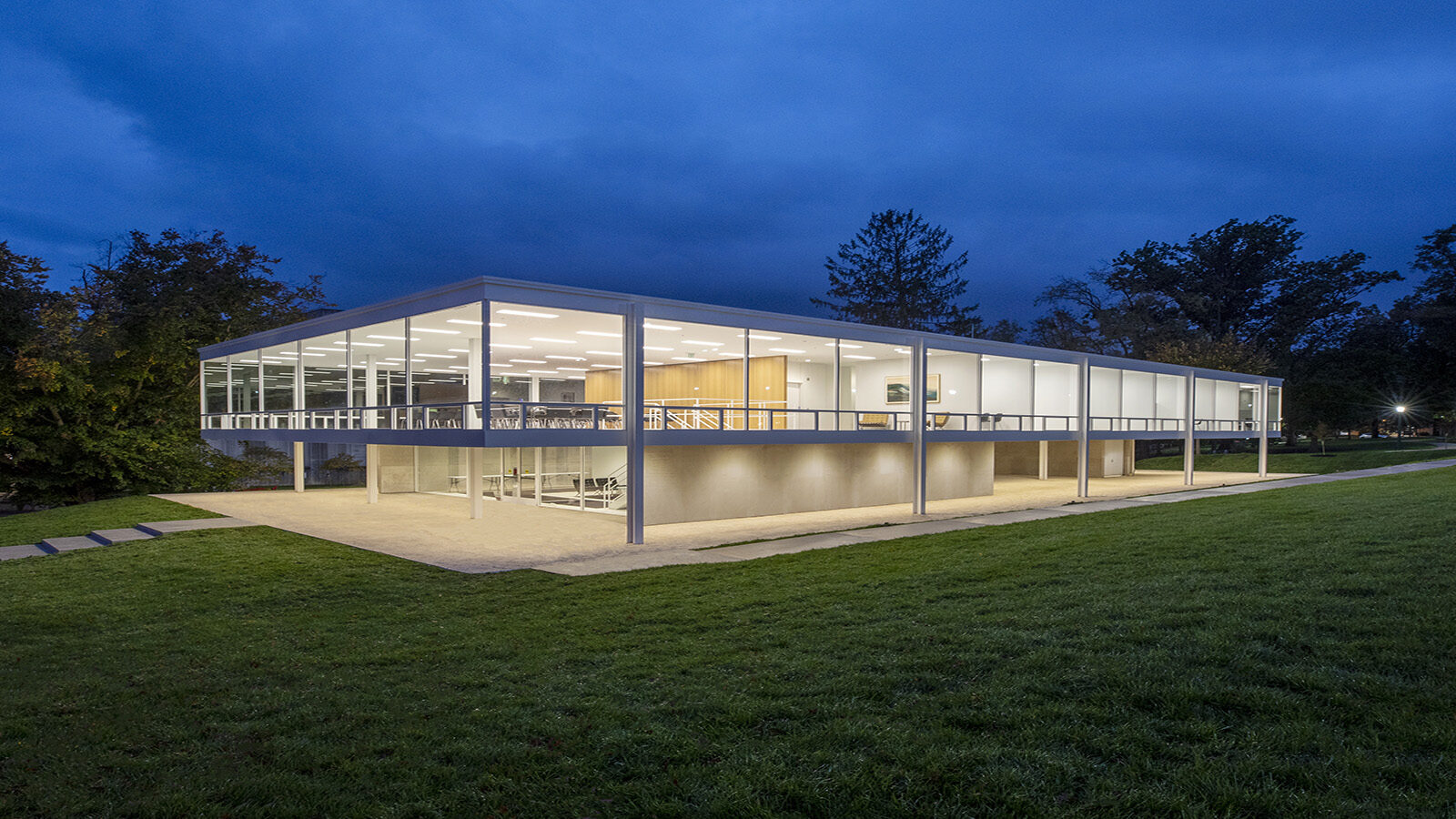 These days, it’s not unusual for a celebrity to keep working after they die. Carrie Fisher is posthumously woven into new Star Wars movies, Tupac’s hologram performs at Coachella and, now, Ludwig Mies van der Rohe has designed the Eskenazi School of Art, Architecture+Design in Bloomington, Indiana.

Back in 1952, Indiana University’s Pi Lambda Phi hired Mies to envision a white steel and glass fraternity house that never materialized. Six decades later, former fraternity brother Sidney Eskenazi alerted IU to the project’s long-forgotten plans, which were then pieced together from MoMA’s archives and materials at the Art Institute of Chicago. Along with his wife, Lois, Eskenazi went on to pledge funding for a contemporary revival — albeit one on a fresh site, and with an entirely different program. 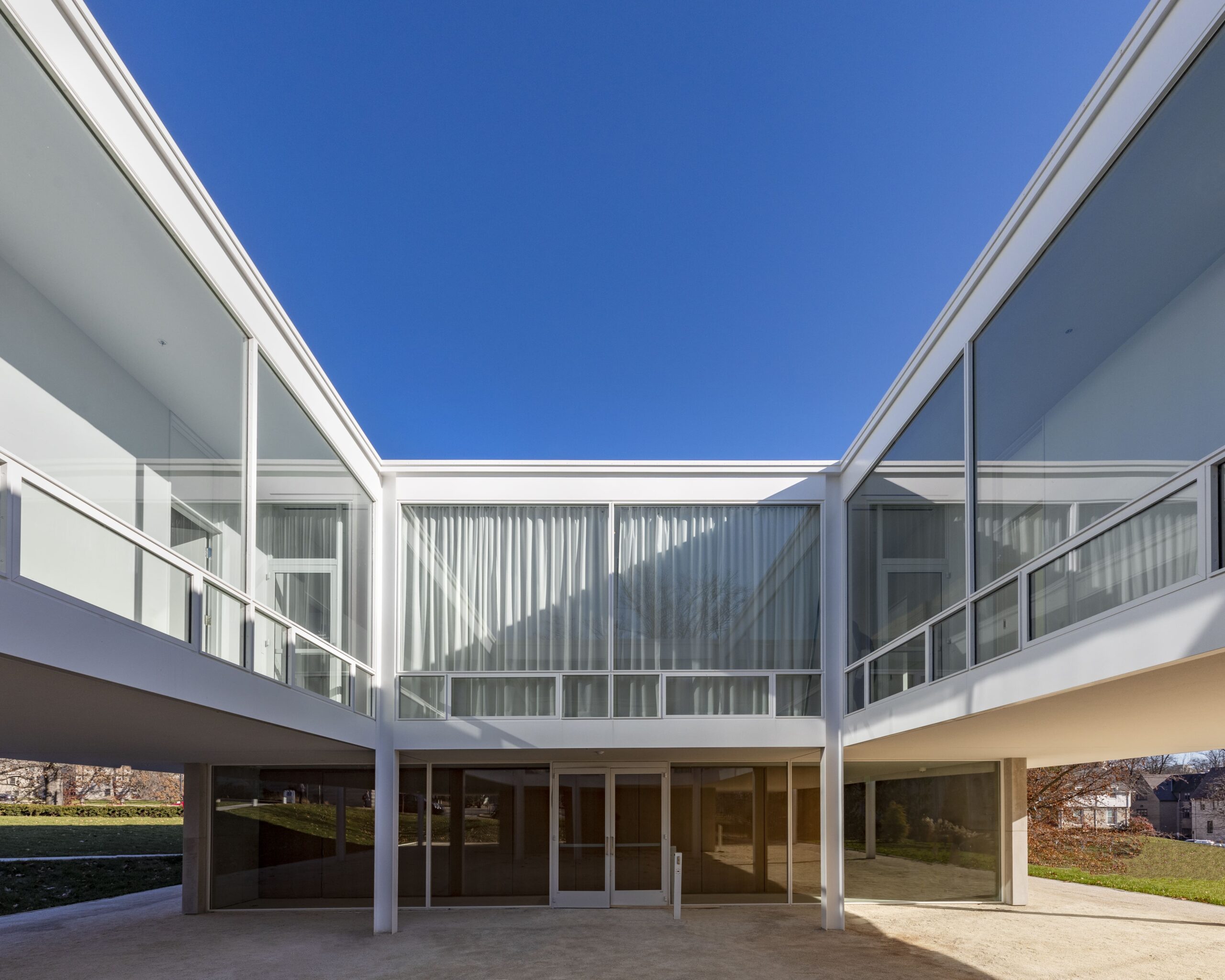 After Mies’s grandson, architect Dirk Lohan, gave the project his blessing, IU enlisted frequent collaborator Thomas Phifer and Partners to shepherd the project as a showpiece for its new architecture school. To honour Mies’s harmonious proportions, Phifer’s firm compared every detail to the architect’s canon, correcting instances where it suspected cost-cutting measures had been introduced by another architect late in the original project’s development. “Mies made things that were so reductive,” says Phifer. “There were moments working on this when I leaned back in awe.” 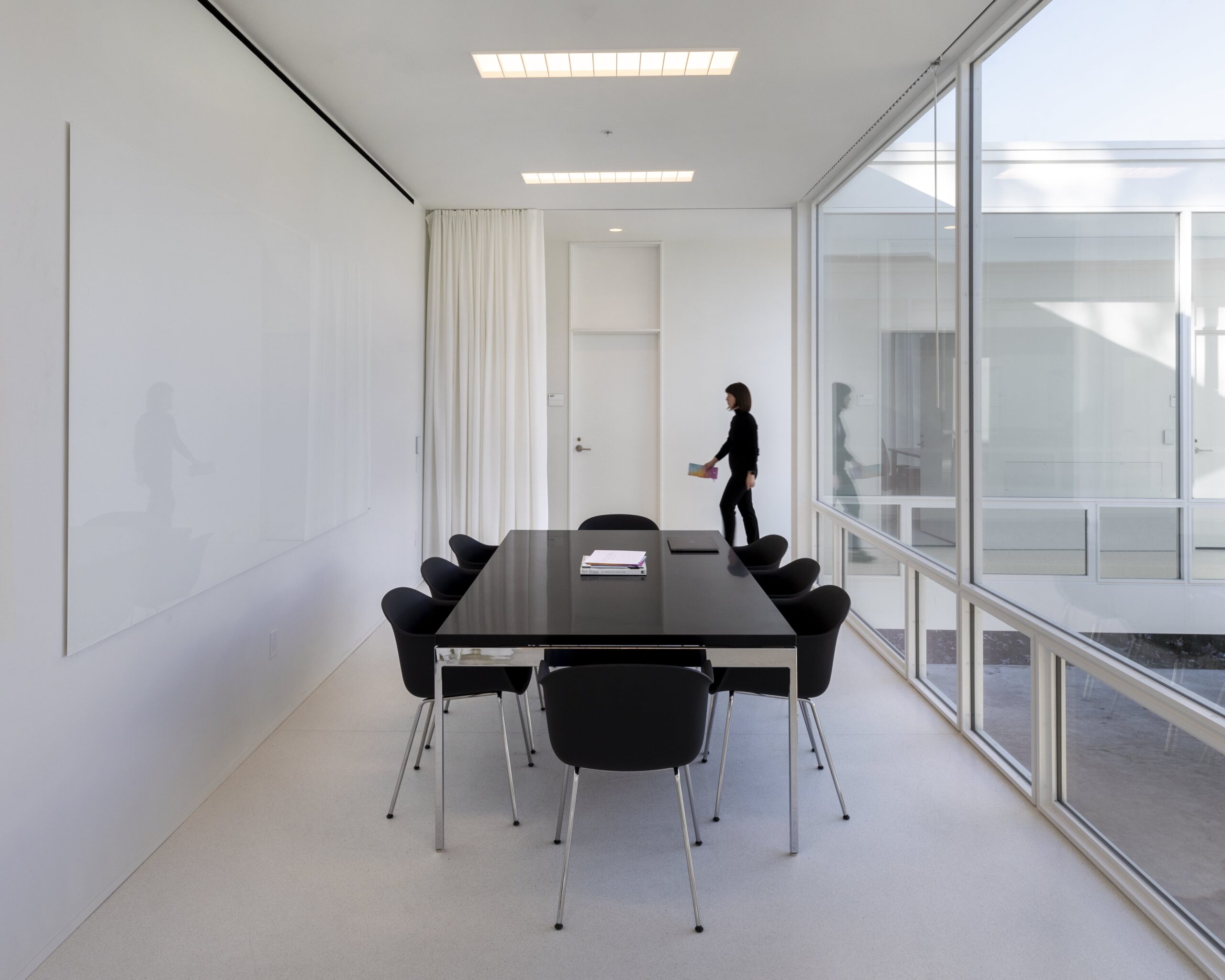 Phifer describes the project’s core exercise — converting the 929-square-metre frat house into an architecture faculty — as fairly straightforward. “Basically, we turned the bedrooms into offices,” he says. Instead, the biggest challenge became finding steel welders able to meet mid-century demands. 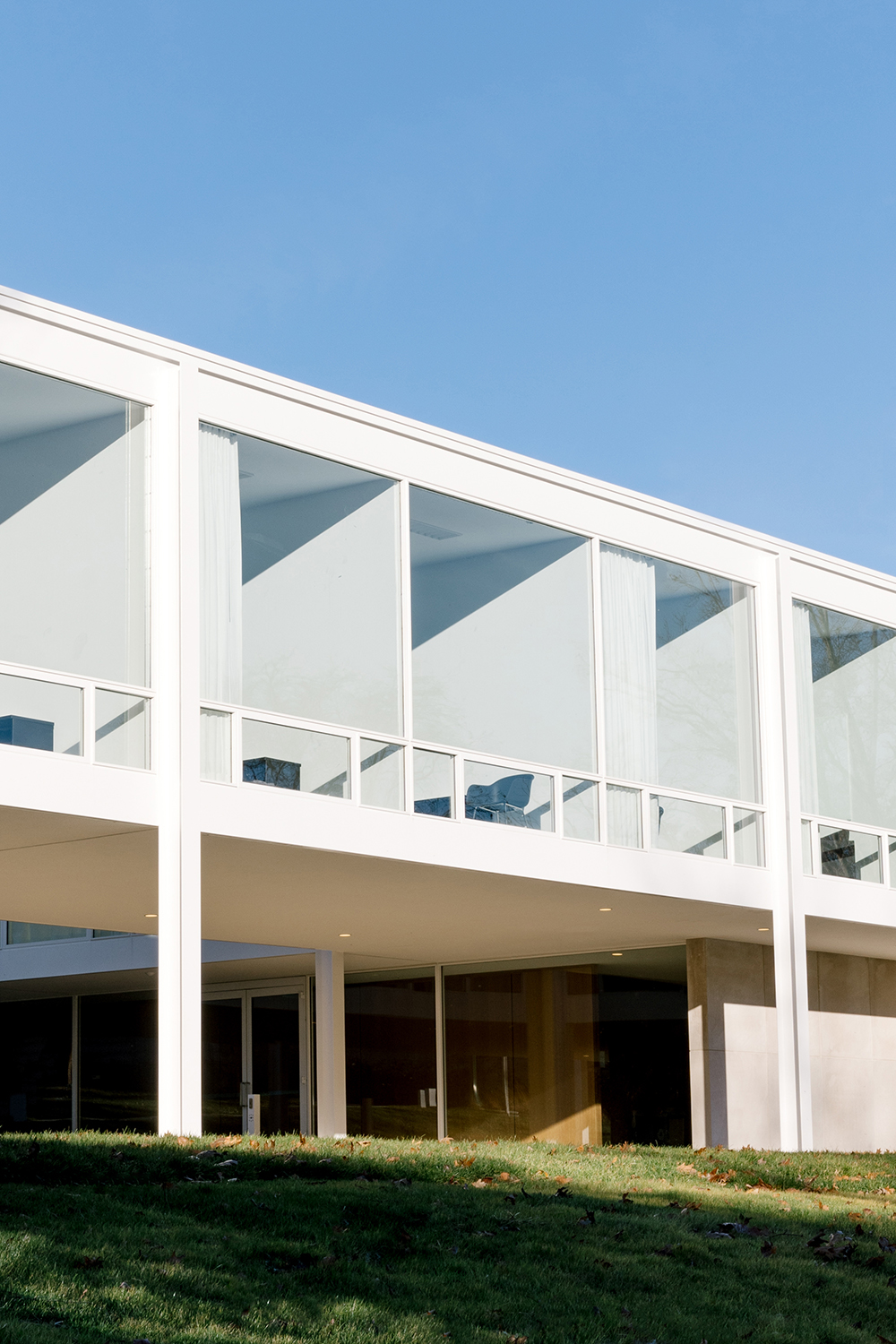 This raises an interesting tension. Even if Mies’ precise visual poetry still packs a punch, is it backward to model the present after the past? To that point, the completed building does adopt high-performance glass, as well as an air conditioning system — both feats achieved, impressively, without altering its clean alignments. In keeping with current codes, Phifer also introduced an elevator, fire stairs and accessible washrooms. 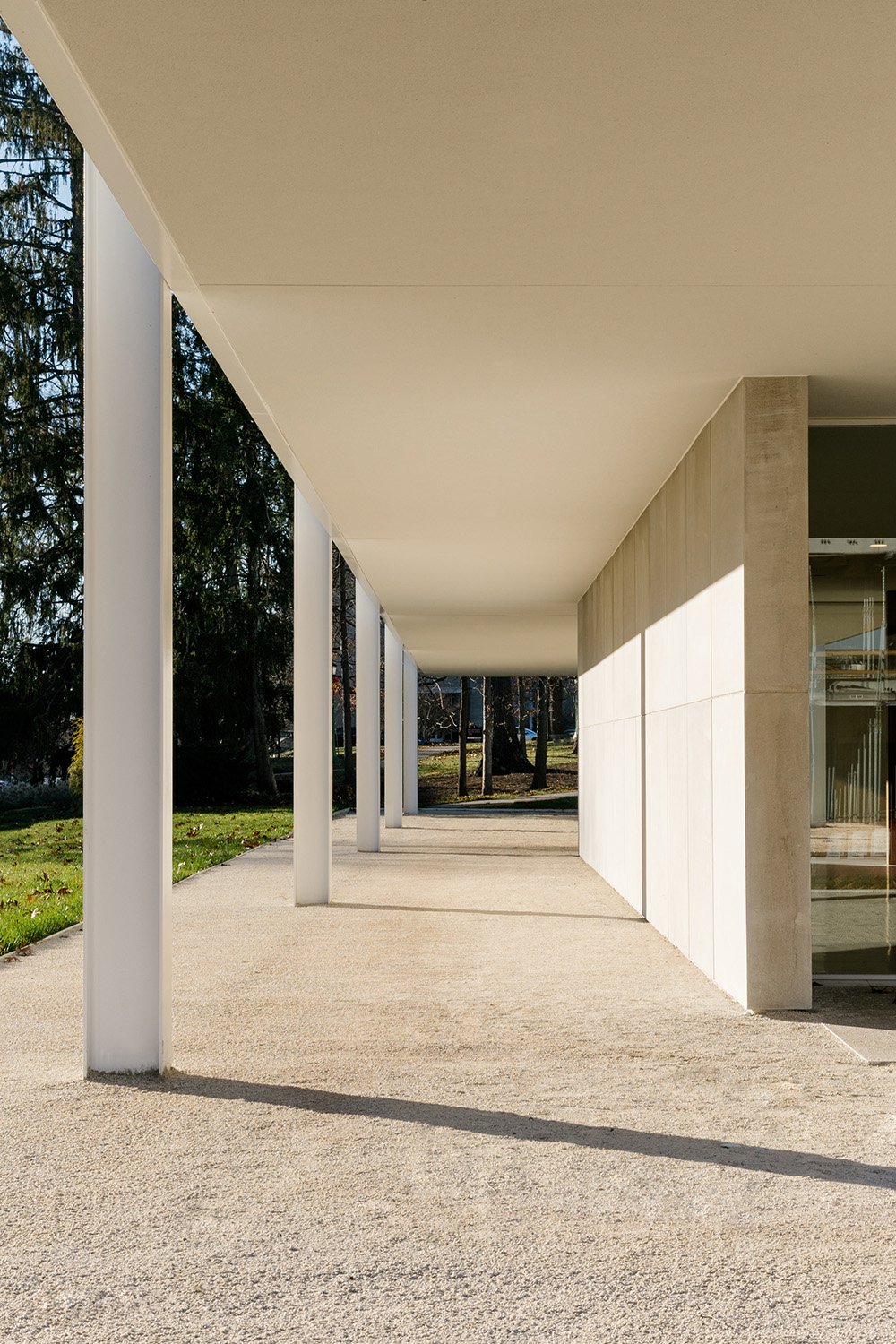 Phifer doesn’t see the project, completed this spring, as all that different in spirit from David Chipperfield’s recent refurbishment of Berlin’s 1968 Neue Nationalgalerie. “That building looks like it was finished yesterday, and it’s the same with this one. That’s the beauty of Mies’s work: It’s completely timeless.”

In this way, the Eskenazi School resembles the narrative phenomenon of “retconning,” in which a previously established plot detail is adjusted to facilitate continuity with more recent events. Mies van der Rohe’s fraternity house was never built — but now, in a way, it was. And rather than learning about 20th-century modernism through images, students at Indiana University can admire it up close. The lesson: History is never as simple as it appears.