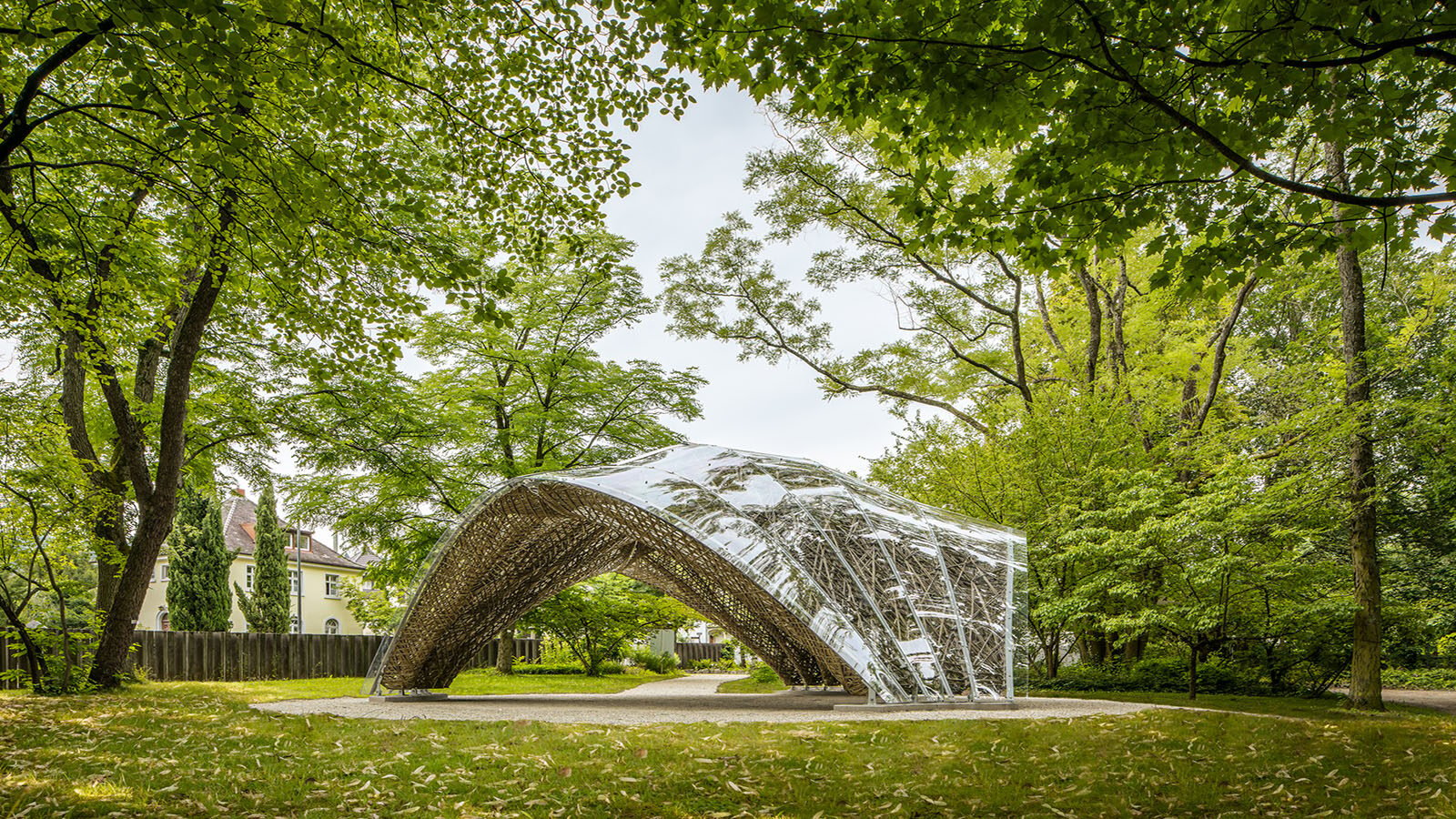 The flax plant has a Swiss Army knife’s worth of uses. A well-known health food, its seeds are recognized for their nutritional value. It’s also the origin of linen, one of the oldest textiles in the world, and its natural fibres have recently made their way into flax board wall panels, car doors and composite surfaces. But is the delicate flowering plant strong enough to make up a load-bearing structure? 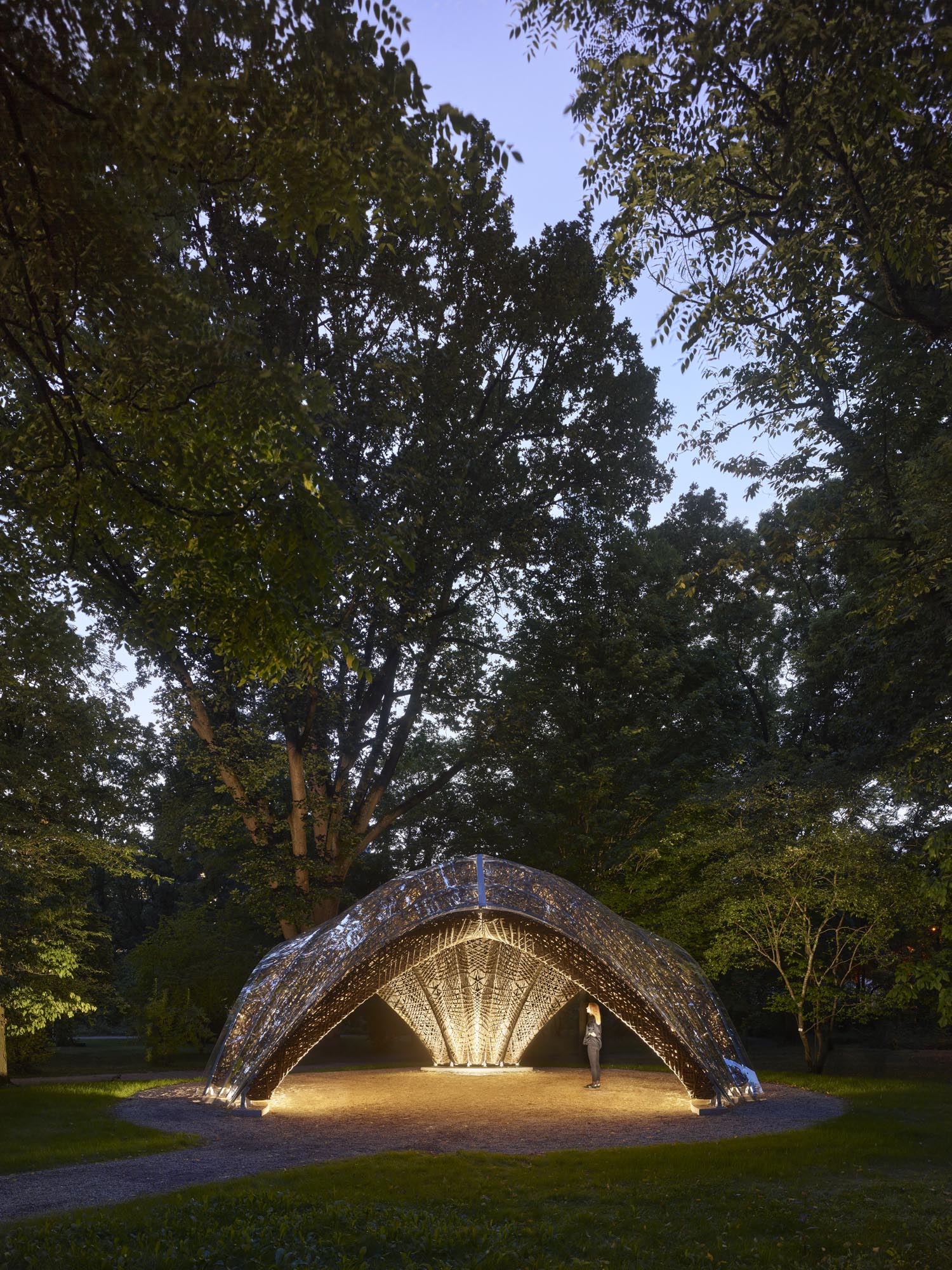 To create the livMatS Pavilion, a robotic arm wove together strands of flax, bundling them around a winding frame.

Recently, advanced digital technologies have made the answer a resounding yes. Developed by an interdisciplinary team of architectural tech students and researchers at the Universities of Freiburg and Stuttgart, the livMatS Pavilion in Freiburg, Germany, is the first building with a load-bearing structure built entirely from robotically wound flax fibre. 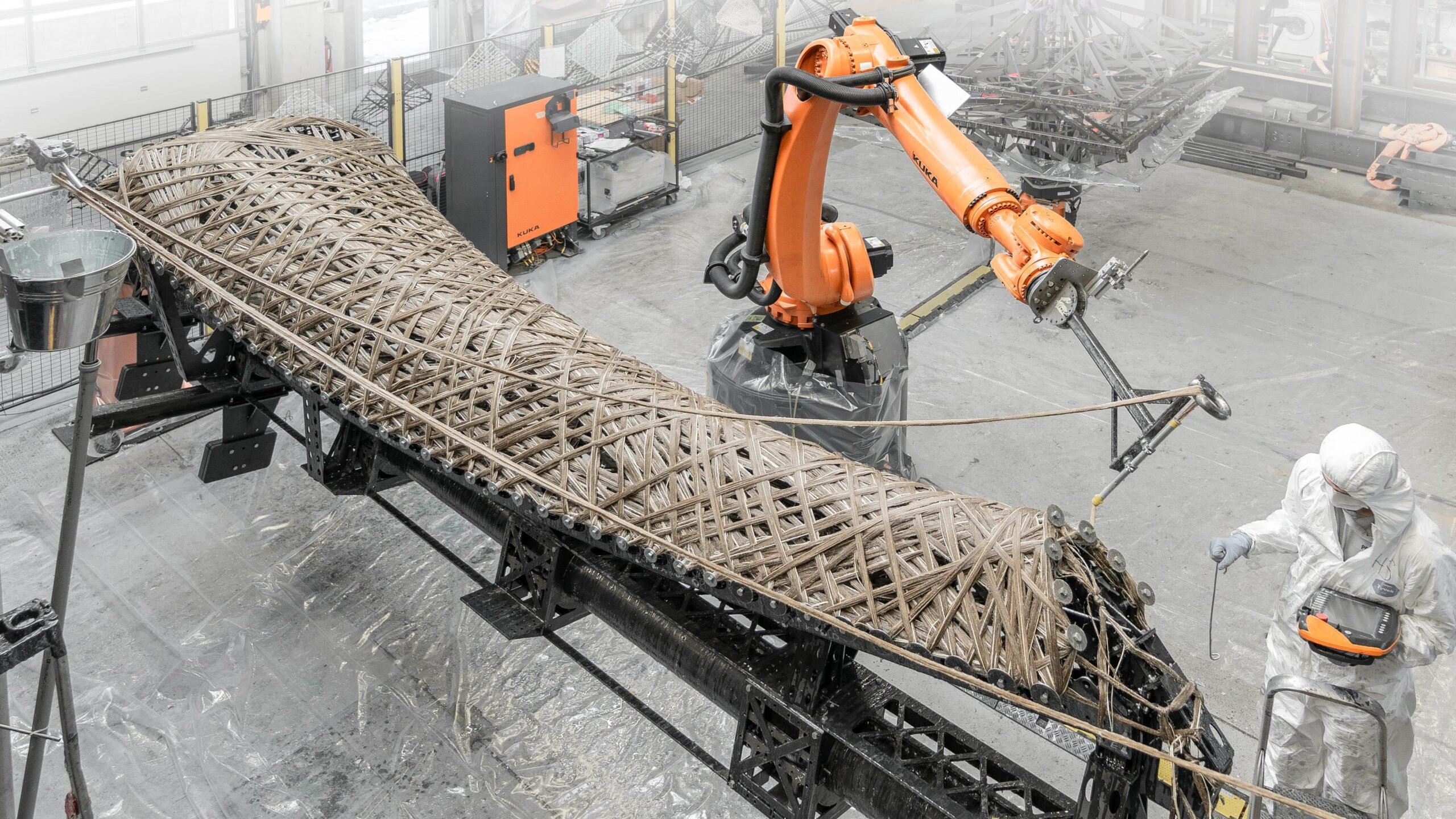 was removed and re-used to support the fabrication of the next element. This allowed for the production of multiple geometrically varied

The material’s strength and rigidity are similar to those of glass fibre. But unlike glass, flax is fully biodegradable and — at least in central Europe, where it grows in abundance — infinitely renewable. This means it contains lower embodied energy than similar materials, such as carbon. And since the livMatS Pavilion’s fibres were woven to the exact dimensions required, its fabrication process produced no waste or offcuts. 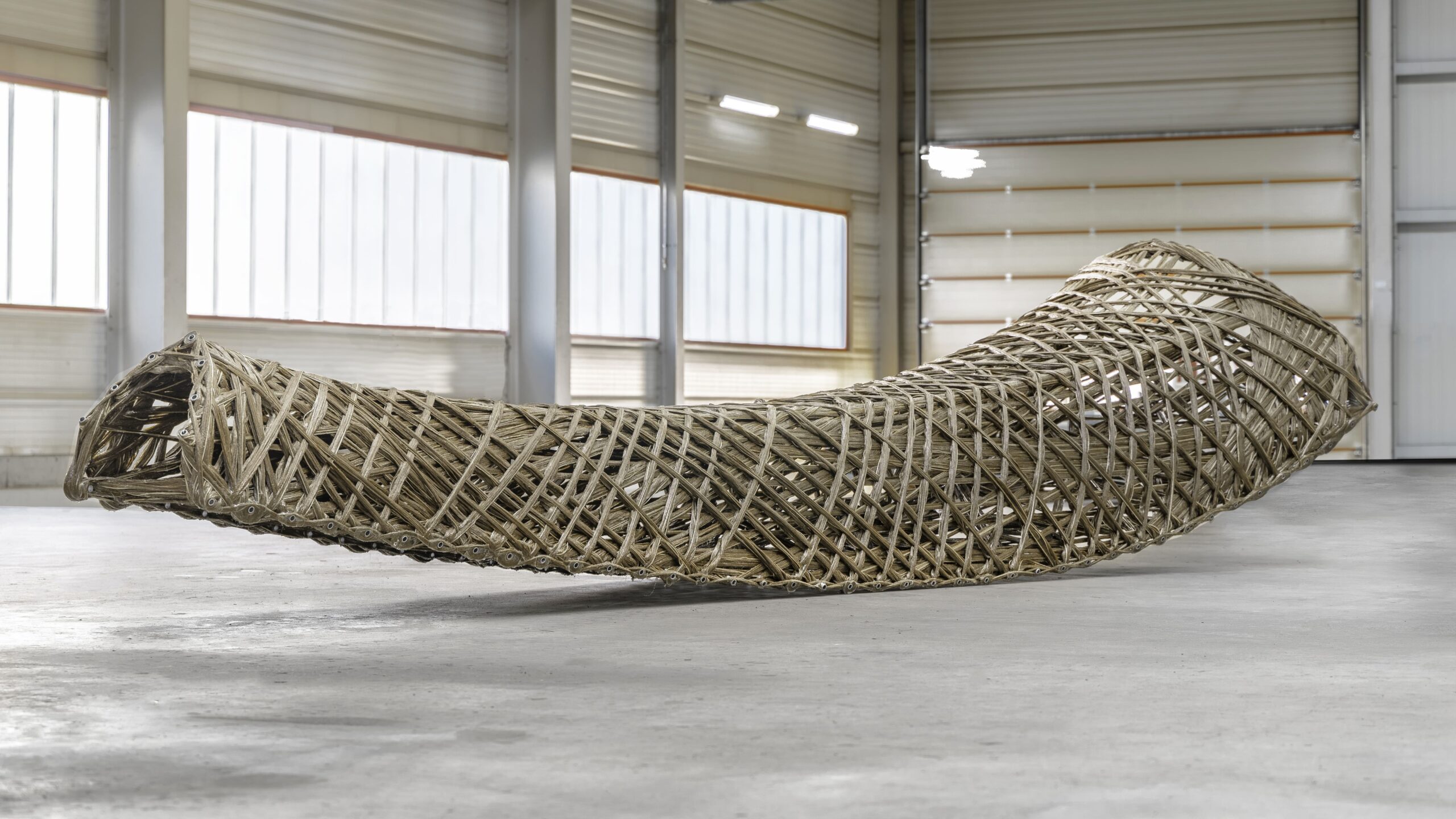 In total, the structure consists of 15 flax fibre components (weighing a collective 1,500 kilograms) plus a fibrous capstone element. Its twisting geometric form was inspired, once again, by nature; the designers cite the saguaro cactus, which features a net-like wooden core, as their muse. For the next few years, the expressive attraction will serve as an outdoor lecture hall for the University of Freiburg’s Botanical Garden — where it might just encourage more bio-inspired ventures.