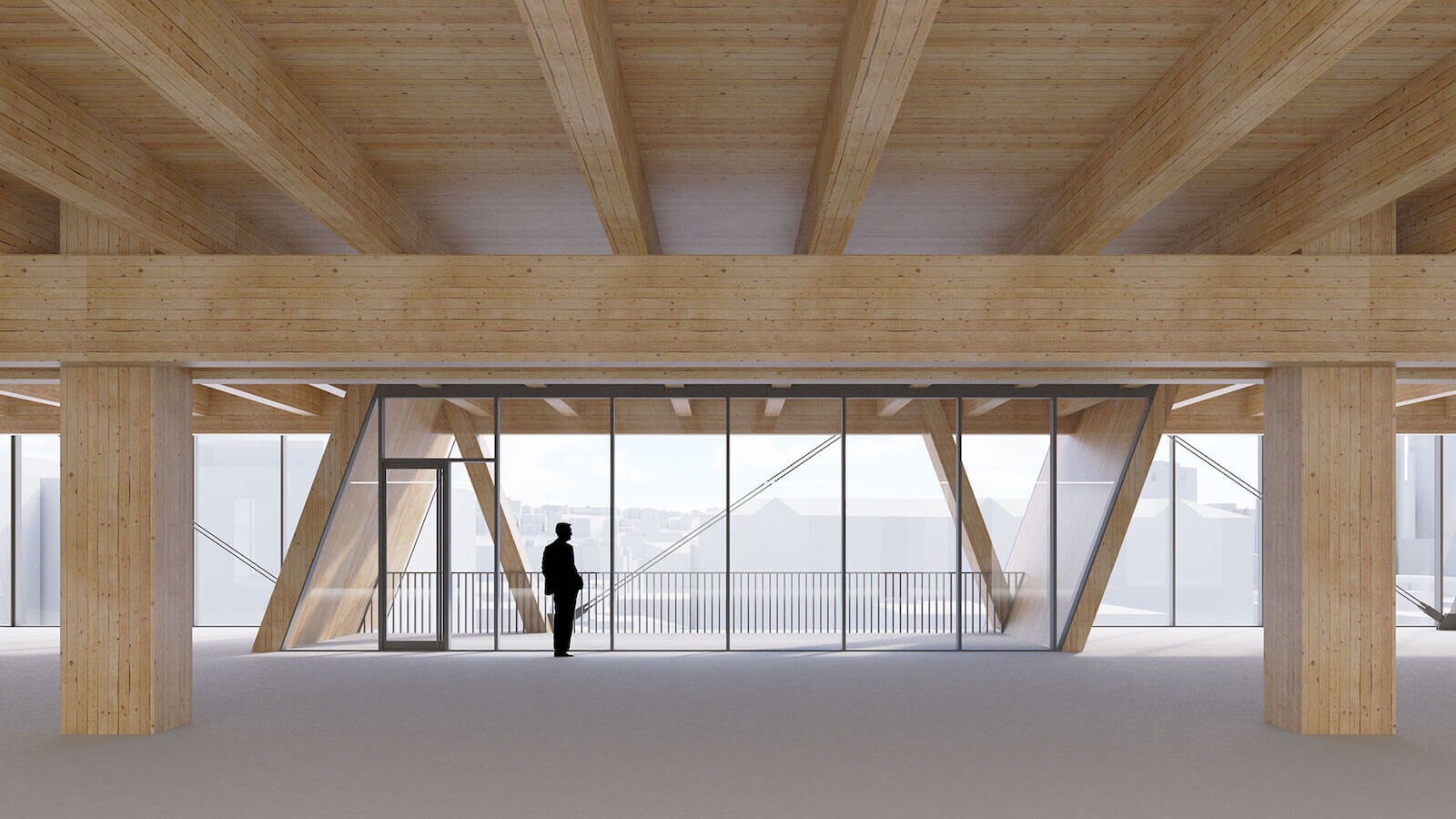 Designing the Science Labs of the Future

It’s a bold and elegant building: Its glazed facade, interrupted by a diagonal slash of balconies, reveals a stack of knife’s-edge floor plates made more dramatic through repetition. The kinetic geometry of its mass timber columns, also aslant, is emphasized by triangular windows that can be popped open. Yet NEXT — by Gensler, Buro Happold and KPFF — is just a design experiment for now, a proposal for the future of commercial laboratories, those sophisticated facilities that host research in pharmaceuticals, biotechnology and the life sciences.

It’s the kind of commercial space that is largely non-existent in Canada. But with the pandemic changing the face of commercial real estate, NEXT is a sure-fire sign: The small-scale urban lab is coming. While start-up incubators like JLABS in Toronto’s MaRS Discovery District provide an entry point into the field, and Big Pharma corporations tend to build large suburban facilities, Canada severely lacks “graduation space,” the rental opportunities that focus on short-term leases and flexible fit-outs for small businesses that seek to scale up as they work to secure full funding.

They haven’t been built yet because lab space is expensive, requiring careful management of air supply, vibration, exhaust and contamination, and Canadian real estate investors have historically preferred the lower costs and more predictable risks associated with conventional office spaces. Plus, the demand for them has only recently hit its peak, with the boom in artificial intelligence. Without them, however, many growing businesses will decamp to the United States. 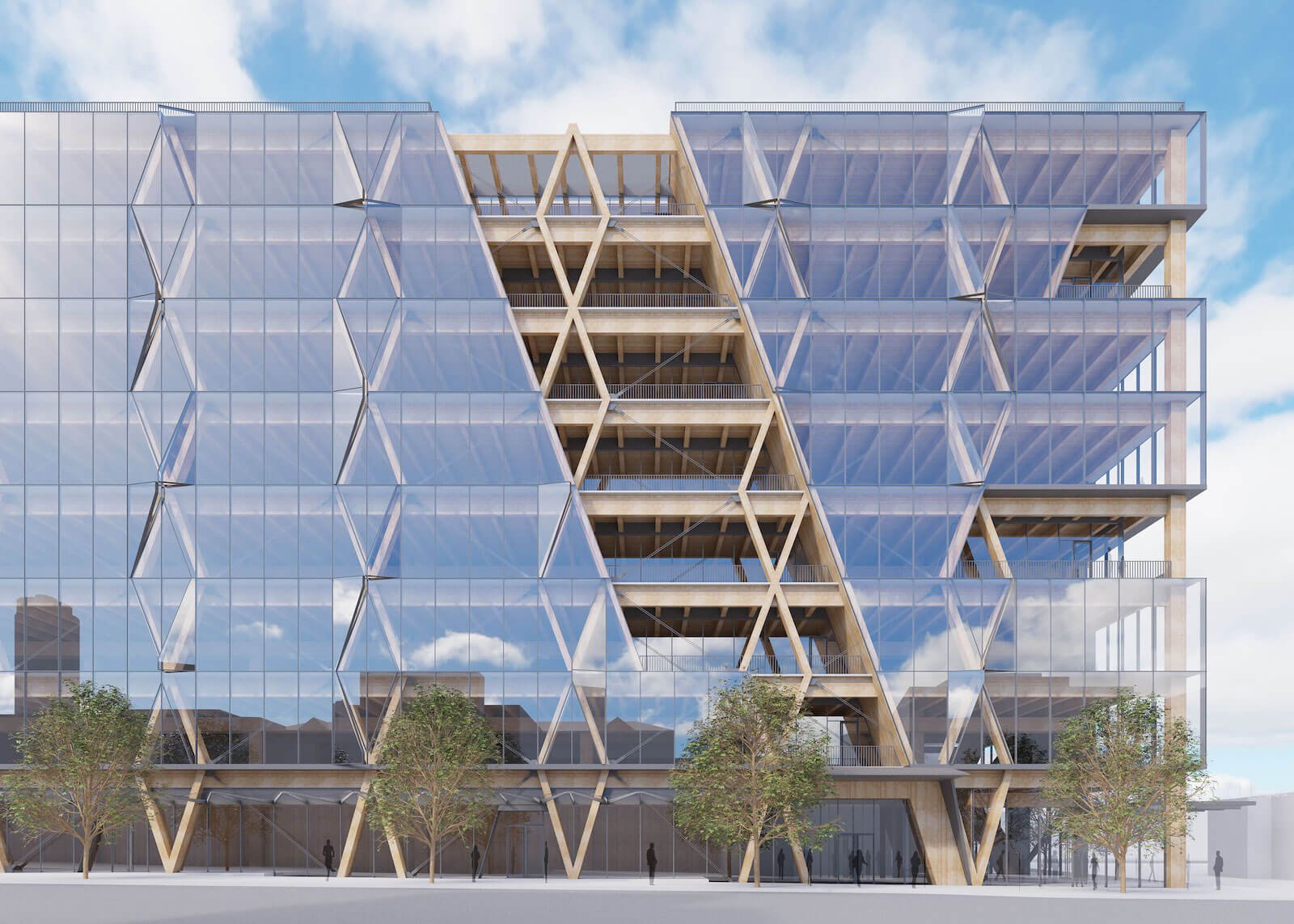 The NEXT concept by Gensler, Buro Happold and KPFF.

COVID-19 might accelerate their adoption. Jim Wilson, senior vice president of office occupier services and life sciences lead at Lennard Commercial Realty, has spent years evangelizing about the life sciences sector in the Greater Toronto Area. “Prior to the pandemic, landlords wouldn’t return my phone calls,” he says. “After the pandemic, I started to get calls back.”

Jay Levine, an architect and partner at Dialog with 35 years’ experience designing research labs, agrees the shift is tangentially related to the work-from-home phenomenon. “Developers with big commercial assets on their balance sheets have realized they dropped significantly in value because most of their tenants can do most of their work elsewhere,” he explains. “But because a lab is a controlled environment, because it’s got expensive equipment, the life sciences are now seen as sticky tenancies. You can’t take your fume hood home for the weekend.”

Levine — whose former firm, NXL Architects, merged with Dialog in 2021 — is working on a handful of relatively urban lab facilities, both new builds and retrofitted offices. With compact floor plates, adaptable utility arrangements and eager landlords, the small-scale urban lab is well-positioned to supply the missing graduation space.

Retrofitting a building for a lab is quite a different feat from designing a conventional office. It often requires significant changes in structure — and elements like floor-to-floor height and bay size are usually fixed — and in mechanical systems, like air supply, that are typically fed down from the penthouse.

But Levine has innovated a solution, which he calls “the sidehouse.” Instead of putting everything on top, driving it down these huge, permanent openings in the floor plate and feeding it all above and below the structure,” he says, “we can feed from the side and run it parallel, entirely horizontally.”

Because a lab is a controlled environment, because it’s got expensive equipment, the life sciences are now seen as sticky tenancies. You can’t take your fume hood home for the weekend.
Jay Levine, Dialog

This new model for utility distribution can have wide-ranging results for both new labs (where it can lower the required floor-to-floor height) and retrofits, where it increases usable floor space. At Carleton University’s Health Sciences Building, designed by NXL Architects with Montgomery Sisam Architects, it liberated floor-plate space that would have been used up by vertical shafts. It also carved out a rooftop area for a potential garden and removed all the loud, vibrating equipment atop the penthouse.

At the renovated Farquharson Life Sciences Building at York University, NXL slotted larger, aggregated vertical air shafts into existing concrete structures, improving the adaptability of the facility through modularity and accessibility. In a proposal for the expansion of Therapure Biopharma, a plasma protein production facility that never got off the ground, a pair of sidehouses would have contributed a delightfully ethereal ambience, offering faint glimpses of elaborate mechanical systems through glowing, translucent facades. 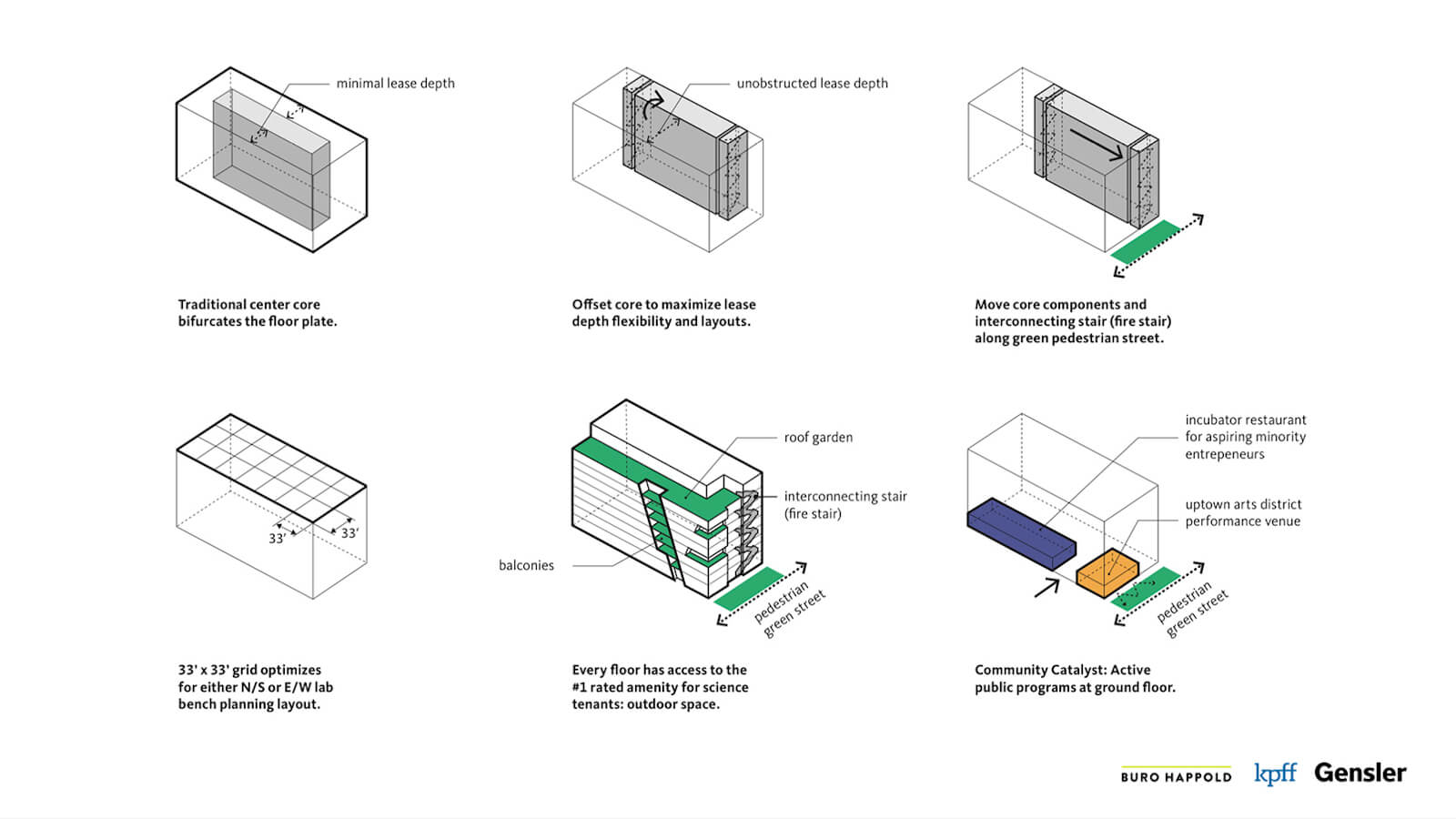 How NEXT imagines future lab buildings.

With NEXT, however, Gensler, Buro Happold and KPFF push the core — containing elevators, fire stairs and mechanical spaces — up against the party wall in order to generate a separate “back of house” for these functions and leave an extra-deep and easily reconfigurable central floor plate. The resulting structural grid of 101-square-metre cells fits lab benches laid out in any direction, and its depth allows for controlled lab spaces layered behind and visually connected to open offices.

After all, growing companies need to attract talent and employees want to enjoy their workplaces — which means ample daylight and fresh air, where possible. “In our research, we found that access to the outdoors is the number-one-rated amenity for a science tenant,” explains Chad Yoshinobu, a Gensler principal. Hence the balconies, deep enough to host meetings, and the operable windows.

Passive ventilation might be surprising in a high-tech lab building, but Gensler’s science practice sought to foreground sustainable techniques in order to reduce energy use in the overall edifice, even if the lab space itself remains energy-intensive (due to contamination risks, a number of lab types cannot be ventilated naturally). “The lab space tends to have the higher ventilation rate, and possibly special temperature and humidity control requirements associated with it,” explains Erik Lustgarten, another Gensler principal. “But in other spaces, such as workplace areas based around human comfort, and on those days when the outside conditions are right, it makes sense to bring air in.”

The result is a transparent building that seeks to integrate a typically isolated program while also connecting to the larger community with an arts venue and performance space, as well as an “incubator restaurant” that would support aspiring restaurateurs. It’s one of the promising visions waiting to fill the life science industry’s sizeable real estate gap. As Jim Wilson explains: “Supply is nonexistent and demand in the Greater Toronto Area alone is in excess of a million square feet, and the number of tenants requiring space will remain at that level for each of the next few years. Whoever is first out of the gate is going to hit it out of the park.”